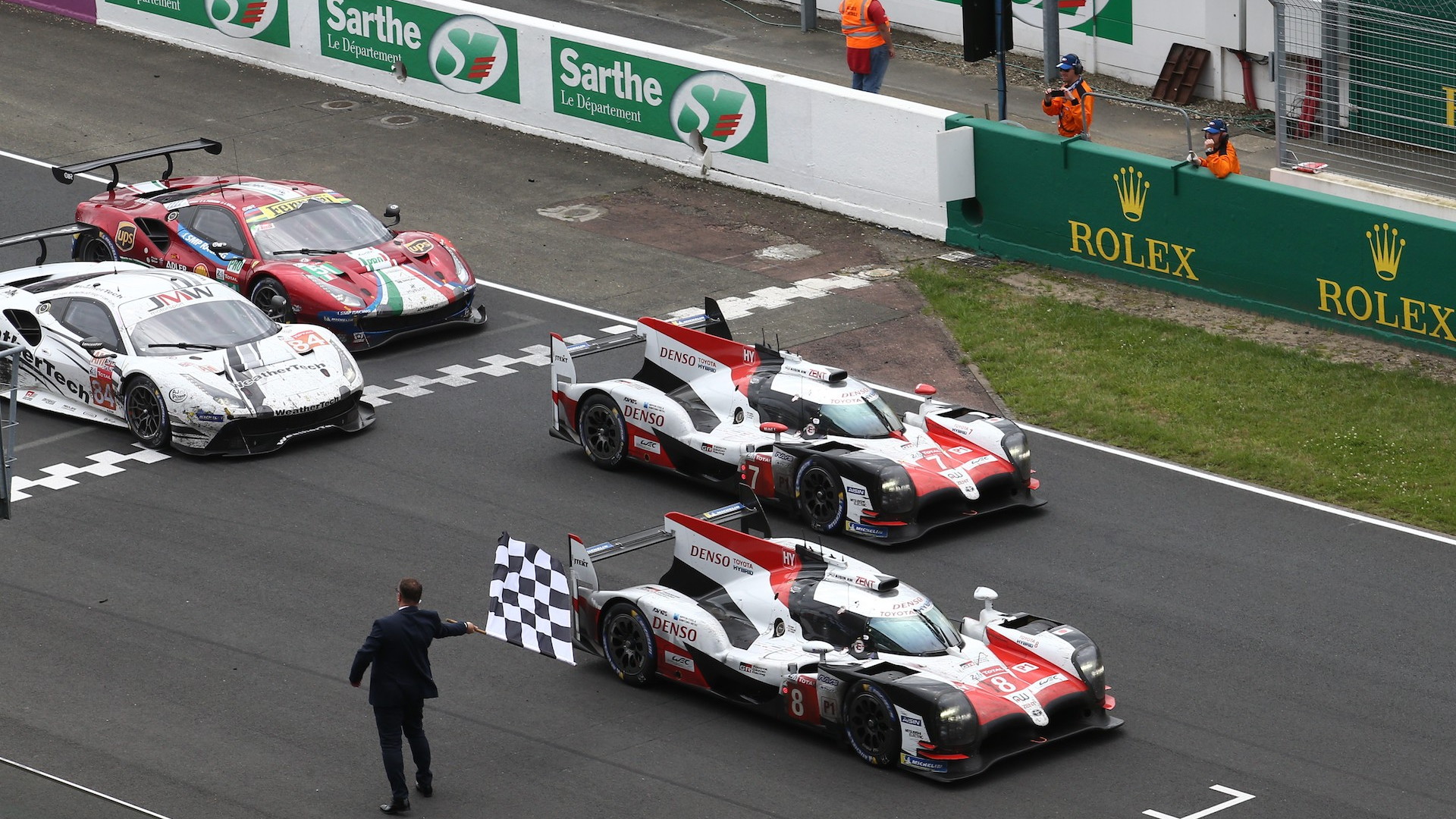 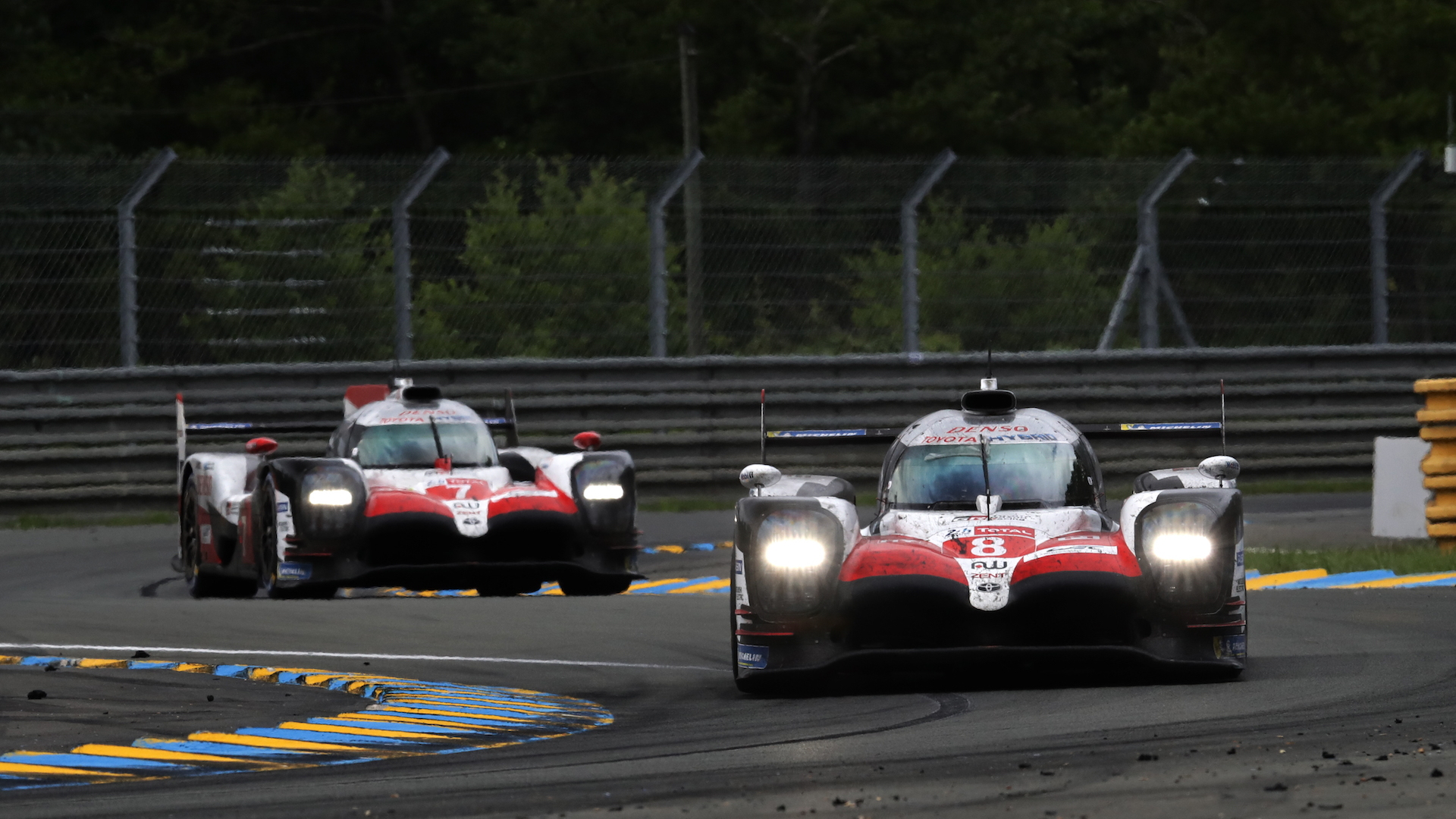 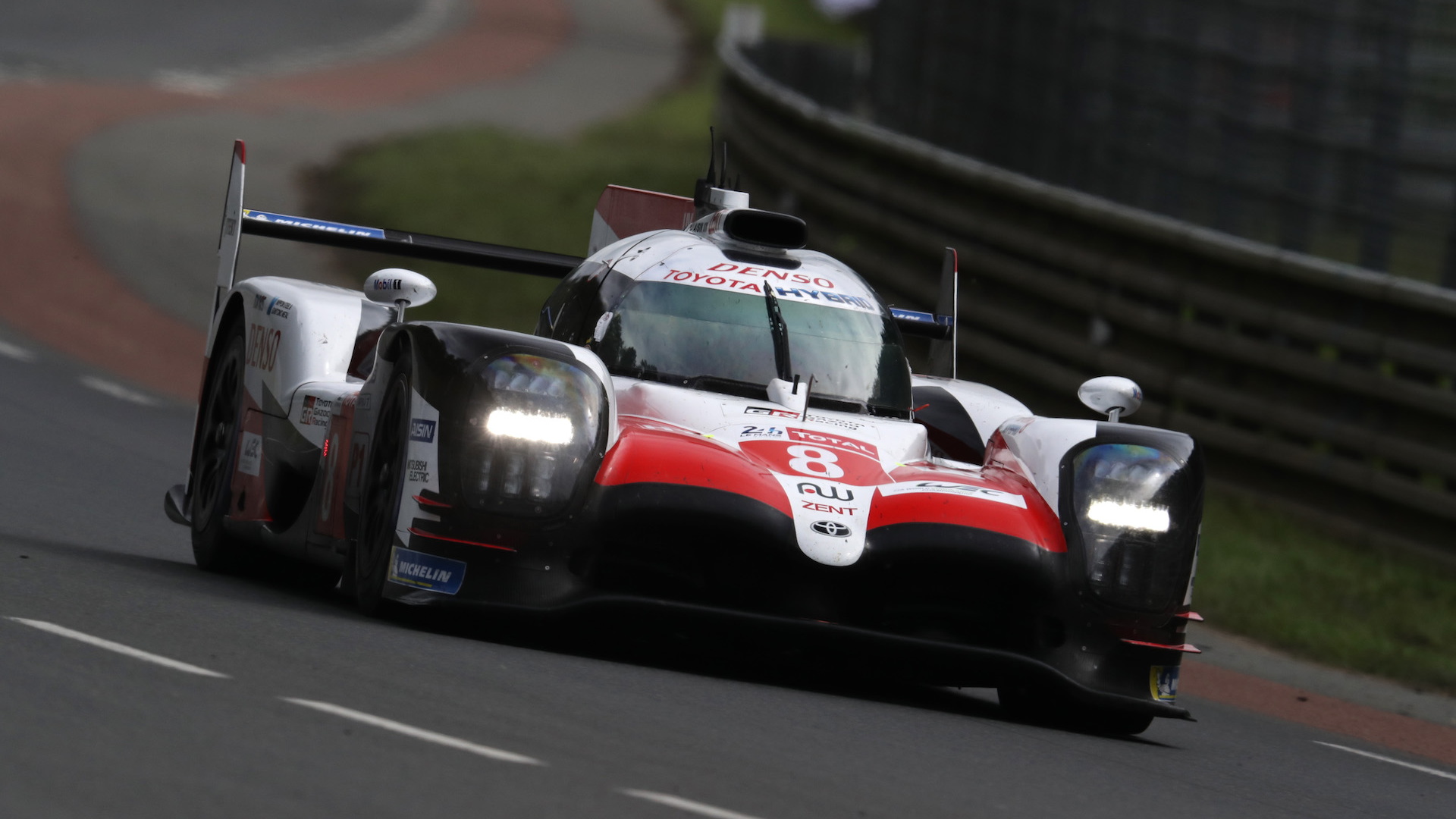 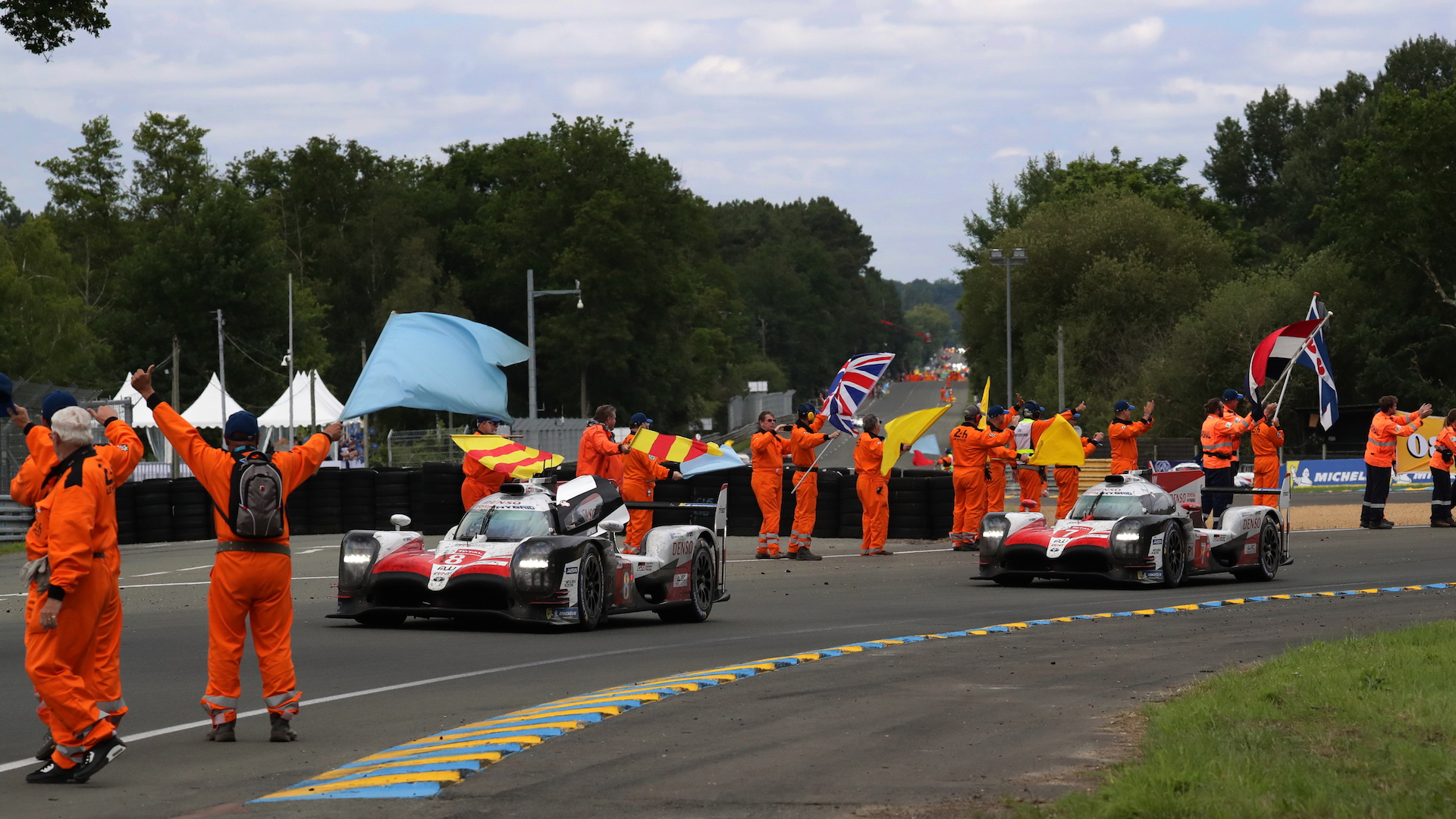 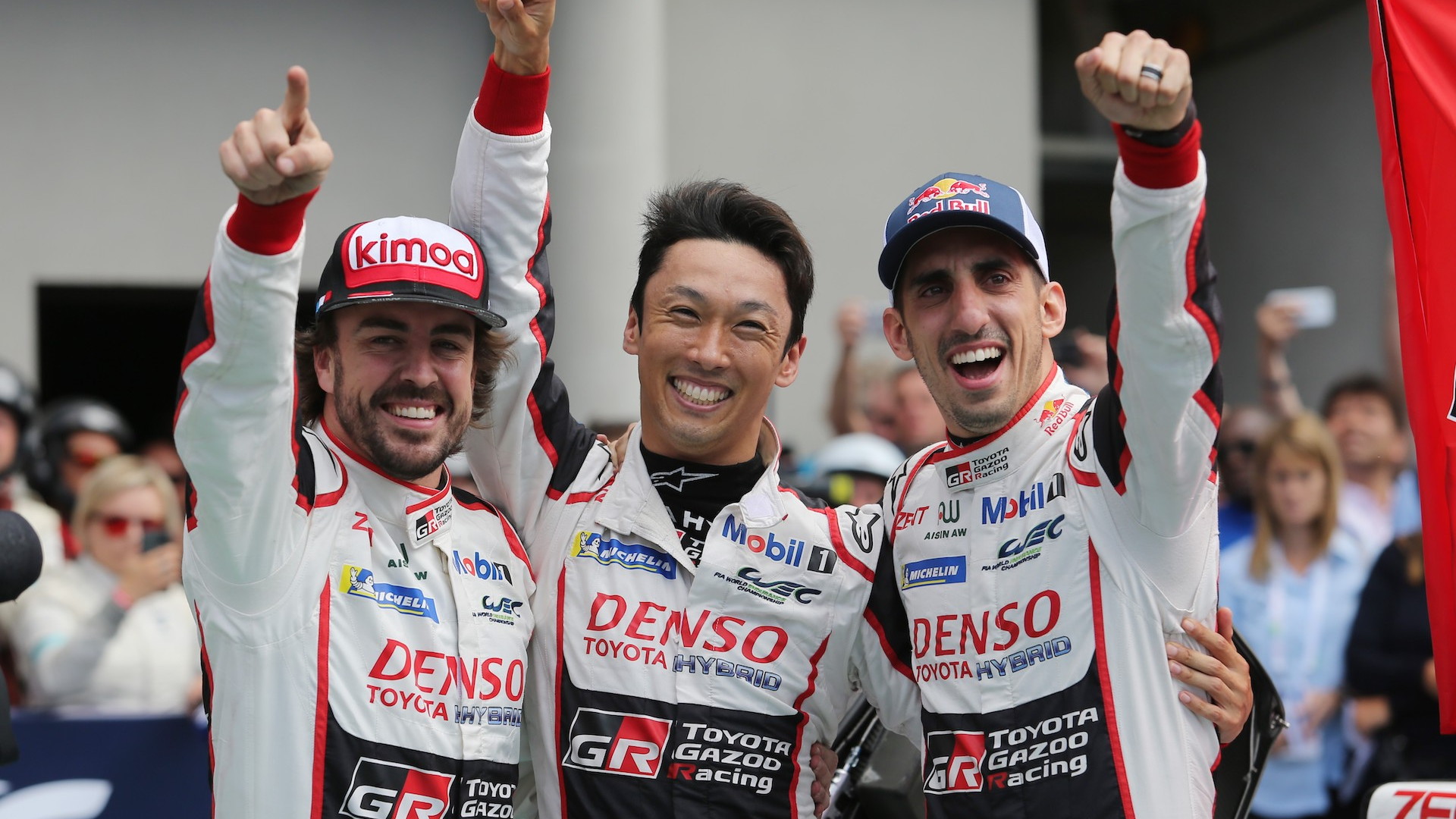 After more than a decade of heart-crushing defeats, Toyota finally won the historic 24 Hours of Le Mans on Sunday, claiming both the overall win and the LMP1 class.

Piloting the number No. 8 Toyota TS050 Hybrid were Sébastien Buemi, Kazuki Nakajima, and Fernando Alonso, with Nakajima behind the wheel at the end of the race.

The No. 8 car started the race on Saturday in the pole position, and ran 1-2 with its No. 7 Toyota Gazoo Racing teammate throughout the race.

Critics have called this year's race boring to watch, and said Toyota's win rings hollow as its main rivals in the LMP1 class, Porsche and Audi, have left Le Mans. However, Toyota's LMP1 cars didn't just race each other. They had competition from private entries and they had to race the track itself. The variables that go into winning range from weather to the various classes of cars on the same circuit to strict regulations to the long 24-hour nature of the race. It's a brutal test of both man and machine.

No victory at Le Mans should be considered hollow, nor should it be taken lightly.

The race didn't even complete its first lap before there was an issue. Shortly after the flag dropped, the No. 1 Rebellion LMP1 car collided with another car causing the No. 1 to lose its front fairing. The car limped back to the pits to have a new fairing installed.

The No. 36 Signatech Alpine Oreca of Nicolas Lapierre, Andre Negrao, and Pierre Thiriet won the LMP2 class after it was discovered that the No. 26 G-Drive Racing Oreca used an illegal refueling rig.

Porsche dominated the GTE Pro class with both its Pink Pig and Rothmans car. Both were 911 RSR race cars sporting classic Porsche liveries. The No. 92 Porsche Pink Pig led the class the entire race, with the No. 91 Rothmans car right behind. The No. 68 Chip Ganassi Team USA Ford GT chased the Porsches throughout the 24 hours and finished third with Dirk Müller at the wheel for the final stint.

The GTE AM class brought yet another win for Porsche, with the No. 77 911 RSR fielded by Dempsey-Proton Racing taking the class win. Julien Andauler, just 18 years old, drove the car across the finish line, which makes him the youngest class winner at Le Mans.

Many eyes were on BMW's new M8 GTE race cars in the GTE Pro class. While both cars made it through the night, the No. 82 car's race ended with about 8 hours to go after it crashed into a barrier just after the Porsche curves. The damage the car sustained was too great to repair and it was pulled from the race. The No. 81 car finished 12th in the GTE Pro class after multiple stops for repairs.

While many fans are already counting down until the 2019 24 Hours of Le Mans, others are excited for the future and a new hypercar class set to debut at Le Mans in 2021.

Editor's note: This story has been updated to reflect the change in finish in the LMP2 class.