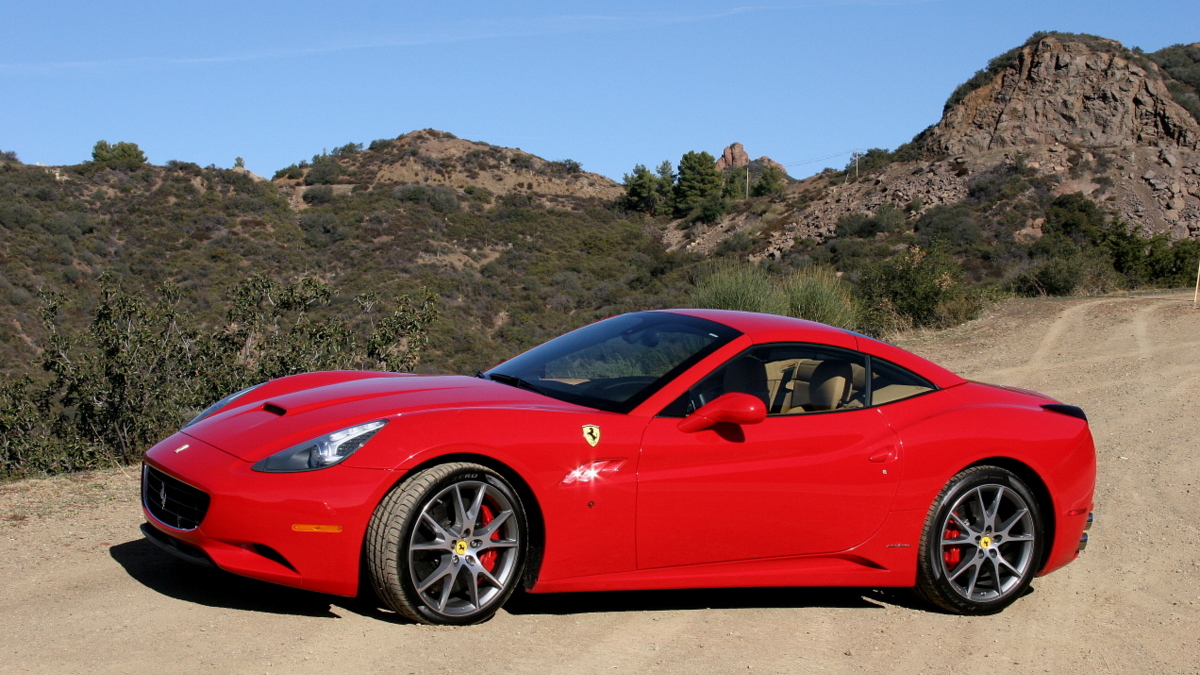 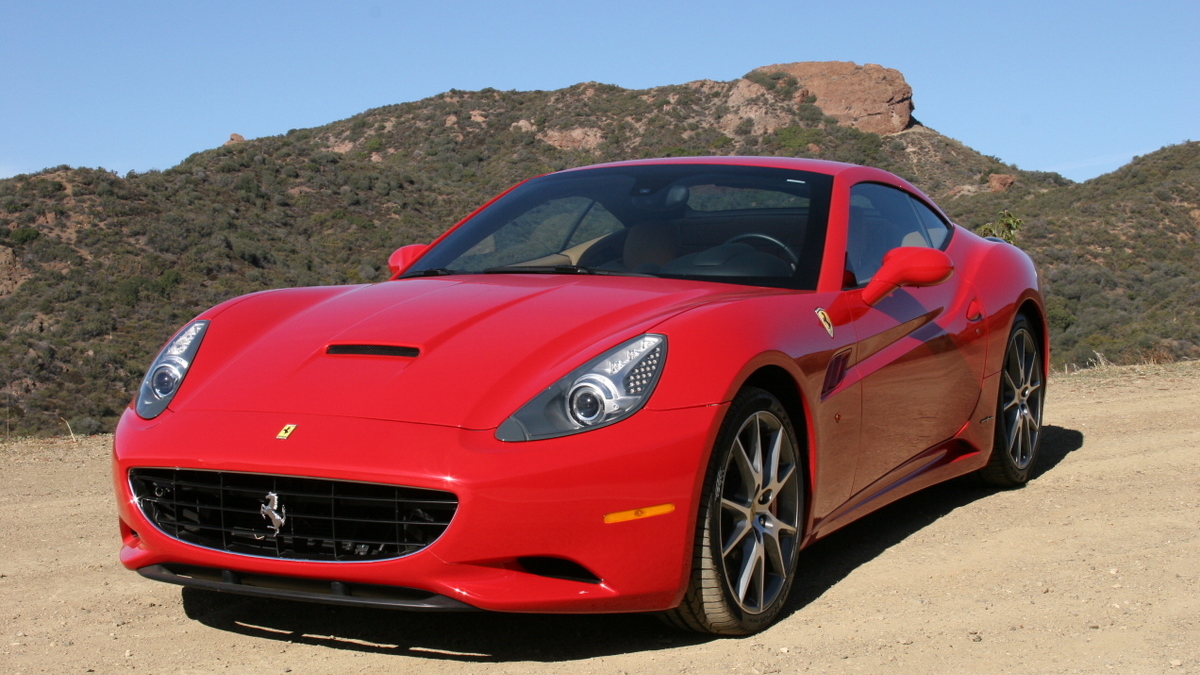 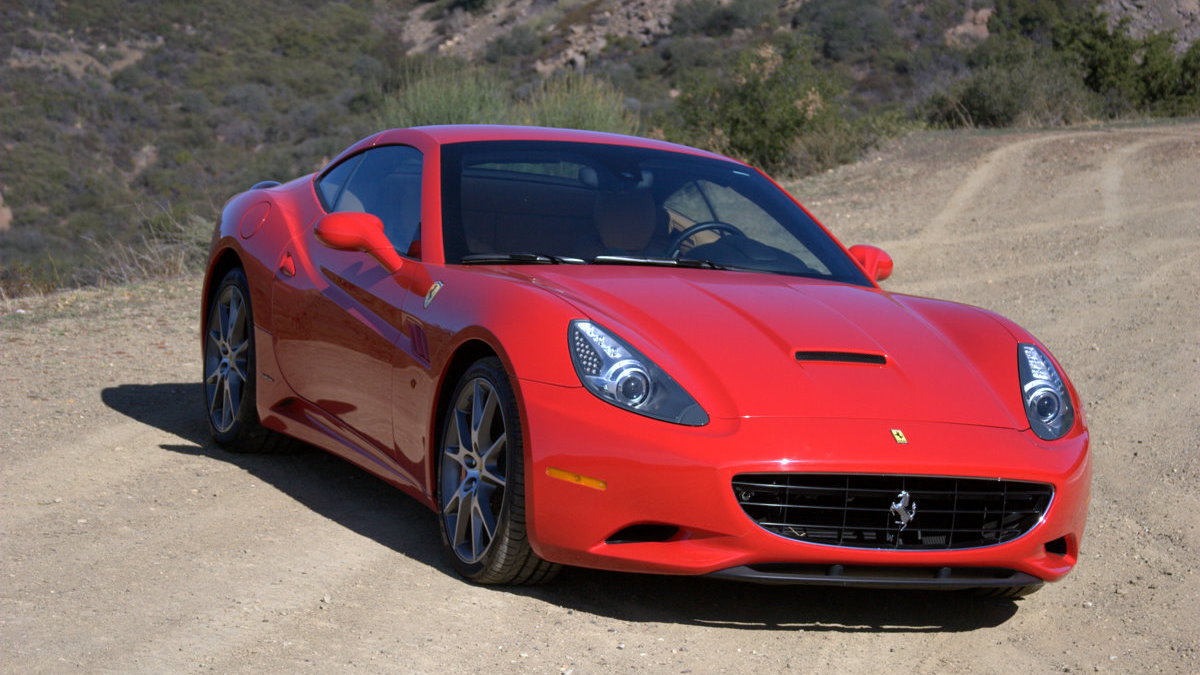 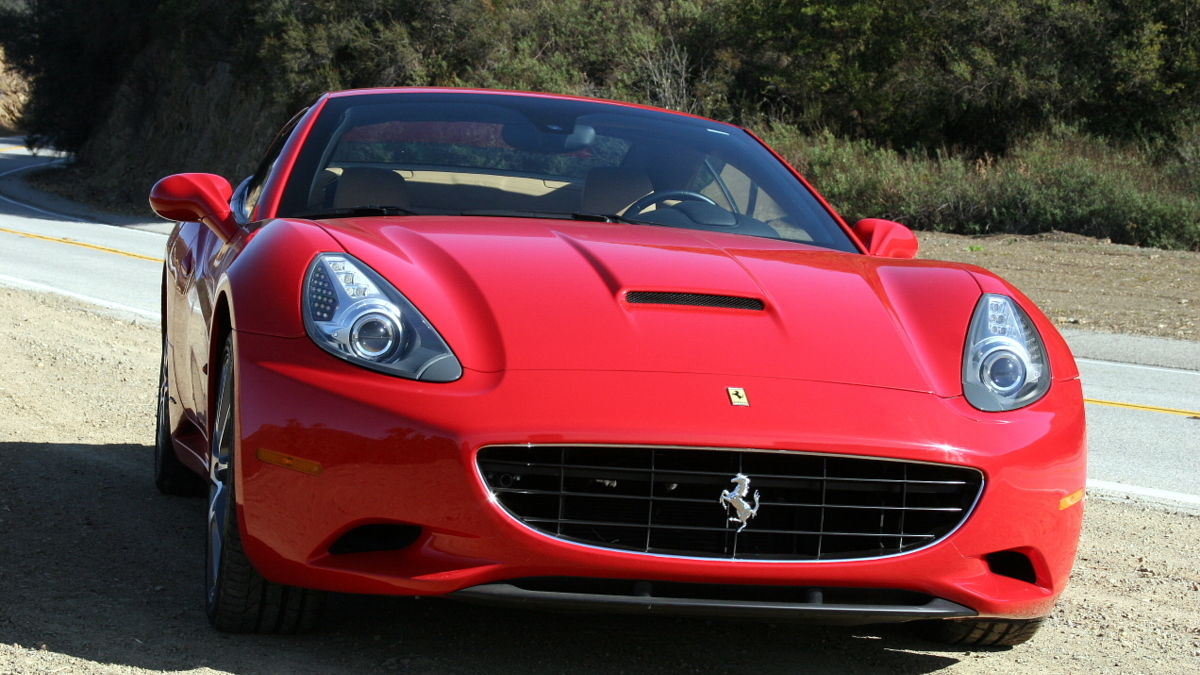 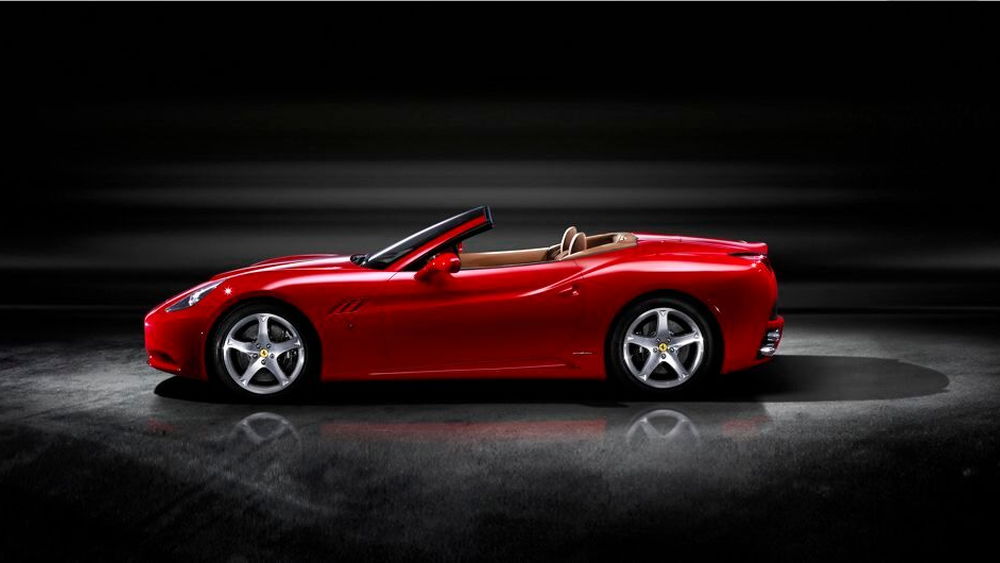 When you conjure images of California in your mind, you might see something markedly different from a generation before ours. Golden beaches? How about pollution? The promised land? How about the land of the promissory note?

Wherever you sit on the "California dream" spectrum, there's not much doubt that, after a day's drive in the new Ferrari California, you'll be dreaming about one thing--how to cut one from the herd and keep it in the garage until the Feds go away.

While Los Angeles drizzles this week in a rainy post-auto-show funk, we've got a remedy for you. Not one with jail time, either. Last Friday, MotorAuthority took up Ferrari on the offer of an exclusive day with a $216,533 California in its second home. We snapped up the chance to run up to the hills north of the city and wind the four-seat hardtop convertible out along Mulholland Drive and the Malibu shores, and did it all without having to resort to a 125-percent refinancing.

The California represents a lot of things for Ferrari. Whether you think it's a ladylike replacement for the Magnum P.I.-vintage Ferrari 308 GTS, or something far more serious, it's hard to argue that the California pleases lots of crowds--from casual Beverly Hills poseurs to the lucky few that already own a 599GTB or a 612 Scaglietti.

And yet, it's been snubbed as the "Lexus SC" of Ferraris because it seats four, folds down its top, and can swallow a car seat, if need be. But few of those catcalls survive a high-speed strafing down Mulholland and Latigo Canyon Road. The Ferrari mystique breathes this new convertible to life, from the six-digit chassis number, to the muscular V-8 and the metallic prancing horse on the grille. It's in every nanometer-wide molecule of EMT-red paint.

Enough of the words, for now. Last week, you followed our drive on Twitter--and today we're bringing you our road test in photo-essay form. Come along with us in the latest four-seat Ferrari as we grab some asphalt in the 2009 California:

The new California has some strange bedfellows--among them, the Porsche 911, Aston V8 Vantage, the Audi R8 Spyder, the Mercedes-Benz SLS AMG and the Lamborghini Gallardo. It's the only one wearing the most brand-rich badge in the business, though, and that counts. Especially when it comes to dissecting its styling.

When it comes to all things sheetmetal, the California's been a lightning rod for controversy. For some, there's no such thing as a front-engined Ferrari anyway--but the notion of adding weight and a tall rear end for the California's hardtop has been a heresy, especially given the name-check to the 1957 250 California, elegantly perched atop the entrance green at this year's Pebble Beach Concours.

We're happy to report the California looks much better in the flesh: off the auto-show stand, that tall rear end sits down much more sweetly, and the long gutter strake down its side flexes from convex to concave surfaces to give the California a classic sportscar stance. It's uncanny in the way it tricked people into believing I'm a part of someone's entourage.

Details stand out inside its cabin. The script for the California logo is almost identical to the same word on the state's license plates. The offset F1 badge placed nearby on the dash may not be relevant to real housewives in this car's target market, but a constructor's championship just may remind them every day that there's a speed channel somewhere past HGTV and Oxygen on the TV dial. There's a delicate aluminum arch spanning the center console--a tire iron styled by Michael Graves, if you like, or maybe an adult toy envisioned by Zaha Hadid--that turns the usual functional ethos on its head.

There's virtually no time to waste at the zero end of the California's speedometer and tach.The V-8 snorts to life, and teamed to a seven-speed dual-clutch gearbox, it will push the California to 60 mph in less than 4 seconds, up near a top speed of 193 mph with the top down.

However you fall on the dual-clutch spectrum, it's difficult to argue with the Ferrari unit's operation. In a perfect world preserved in amber, manual transmissions would be fault-free and so would the drivers. In this plane, the twin-clutch box executes shifts with merciless, revolutionary-guard swift counterpunches of gears that you'll never feel from the cockpit. It's all going on in some hellish gearhead prison below, out of sight, out of mind, mostly. The paddles hitched to the steering wheel clip off those shifts at your direction, with breathless precision, in manual mode, or takes charge benevolently when it's all automatic.

A multilink suspension is in place underneath the coachwork, and Brembo carbon-ceramic brakes will be standard. There's also an available, electromagnetic F1 Trac suspension linked to a manettino (little switch) that govern the shocks, the throttle and the dual-clutch gearbox as well, for digital management of your assets. With the near-ideal weight distribution of 47:53, the California balances its own power and steering with grace. And as a result, even in Sport mode, with all the digital switches flipped to ultra-sensitive mode, the California feels at ease on the PCH, with absorbent ride quality (even on optional 20-inch wheels and tires) and all of the steering feel you should expect from a $200,000 bill. It's not the enthusiastic edge-gripping vise you might expect--but neither is the 612 Scaglietti, the other extreme of Ferrari's brace of gran turismo goodness.

It's not shy about its 9/10ths ability. If you can't love the California's sure-stopping Brembo brakes and Jezebel-red brake calipers, you can't love anything.

Comfort, utility and quality--who'd talk about these things in a Ferrari context? We would, especially since the California's seats are firm, wonderful and take up precious little space in a cabin with lots of leg and headroom. It's a better cockpit than a Lexus SC--and that's an achievement for a company not known for tightly fitted panels or long-haul seats.

The convertible-only California's a trim package, with an overall length of 179.6 inches, a 105.1-inch wheelbase and a rakish 51.5-inch height. It is a bit hefty, at more than 3825 pounds--trimmer than Lexus and Infiniti convertibles, but more weighty than a Z4 roadster--and that's with an aluminum body structure in place. The aluminum pays some dividends in the form of the California's complex folding hardtop--the source of all topless pleasures, guilty or not. It's here only because aluminum keeps the car's weight under 4000 pounds. FYI ladies: the top goes up or down in about 15 seconds. It's not just us guys.

The seats in the back? In either bench or +2 form (Ferrari lets you choose), they're mere suggestions for future plans for children. Or possibly, a punchline for older drivers to remember--with a smile--that the kids are grown and out of their hair. The trunk's large enough, with more than 8 cubic feet of space with the top folded (more than a G37 Convertible), and custom-fitted luggage makes the most of its space.

A navigation system, USB connectivity and a cupholder in a Ferrari? It's like it's 2020--or 2001 for Lexus and the likes. It's taken Ferrari time to adopt these trappings, and rightly so. The fact is, some tifosi see conveniences as pollution in a Ferrari cockpit. Here, it makes sense--it's not tradition or heritage at stake, it's a whole generation of drivers used to the luxury and comfort of Japanese cars. Who doesn't want to know when they're headed down the wrong dead-end, no-curve road to the beach?

Ferrari's stepped up to the plate with options, as is usual. The California can practically be ordered bespoke: almost 5,000 different combinations can be had thanks to the choice of 27 exterior colors, 12 interior trim colors, three sets of wheels and five brake caliper colors. If you're in the mood--or in the money--give it a whirl at the Ferrari California web site.

And for safety's sake Ferrari will install a rearview camera and adaptive headlamps, if you like--and includes pop-up rollover protection on every California.

Our drive in the California ended too early. Traffic isn't the only thing to blame--but our hundred miles or more on the road proves out the concept.

Ferrari has delivered a beautiful coupe-convertible with almost all the feel and verve of its classic sportscars. Yes, the seven-speed's an automatic, and it likes to upshift, a lot. And the weight of the hardtop and extra seats takes its tenth of performance edge off the usual 10/10ths. And still, the dynamic pleasures of the California are present in nearly every paddle shift, steering turn and deep brake dive.

And it doesn't fail on the celebrity quotient, either.

It took you long enough, Malibu. Now where's my coffee?