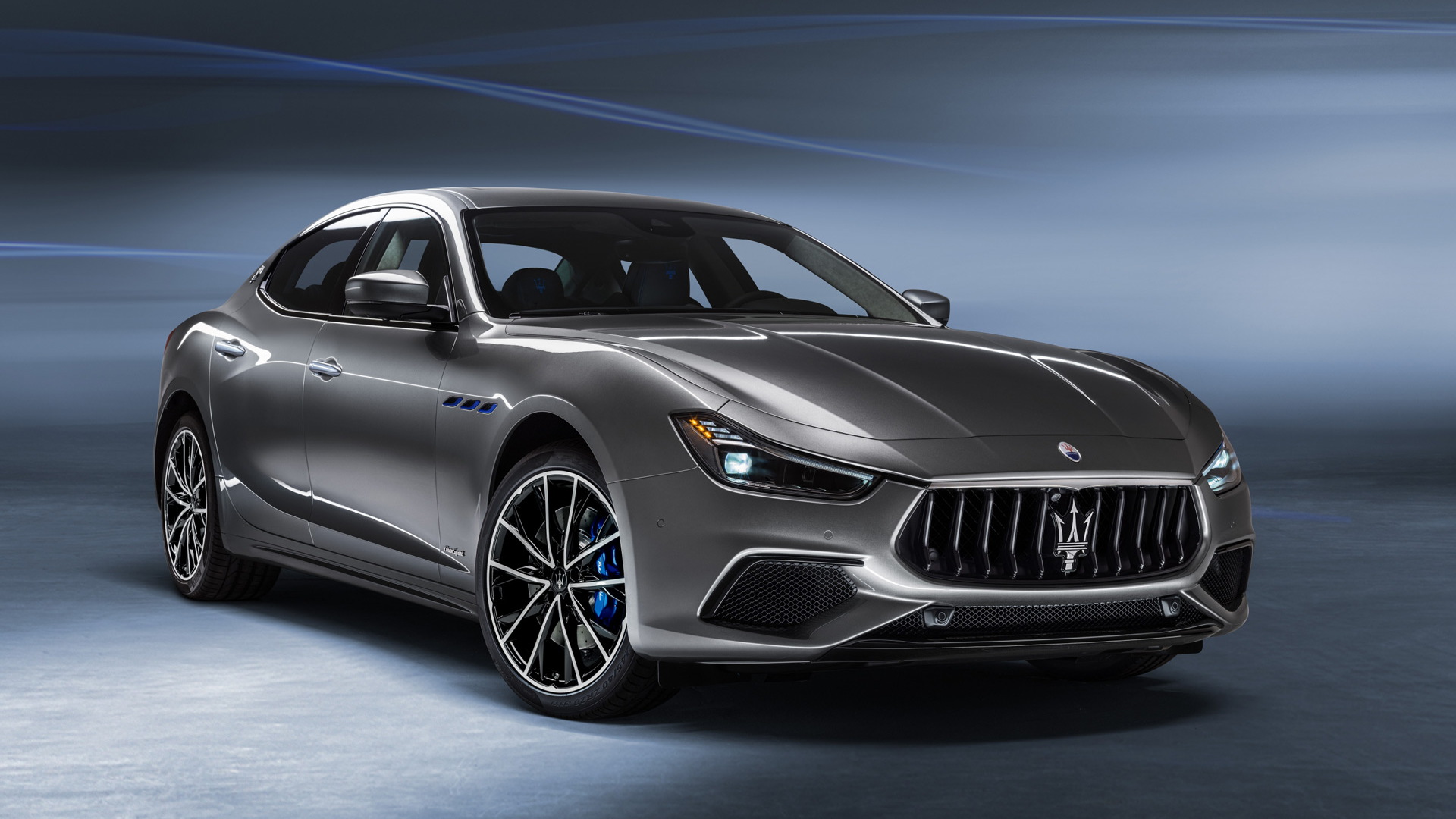 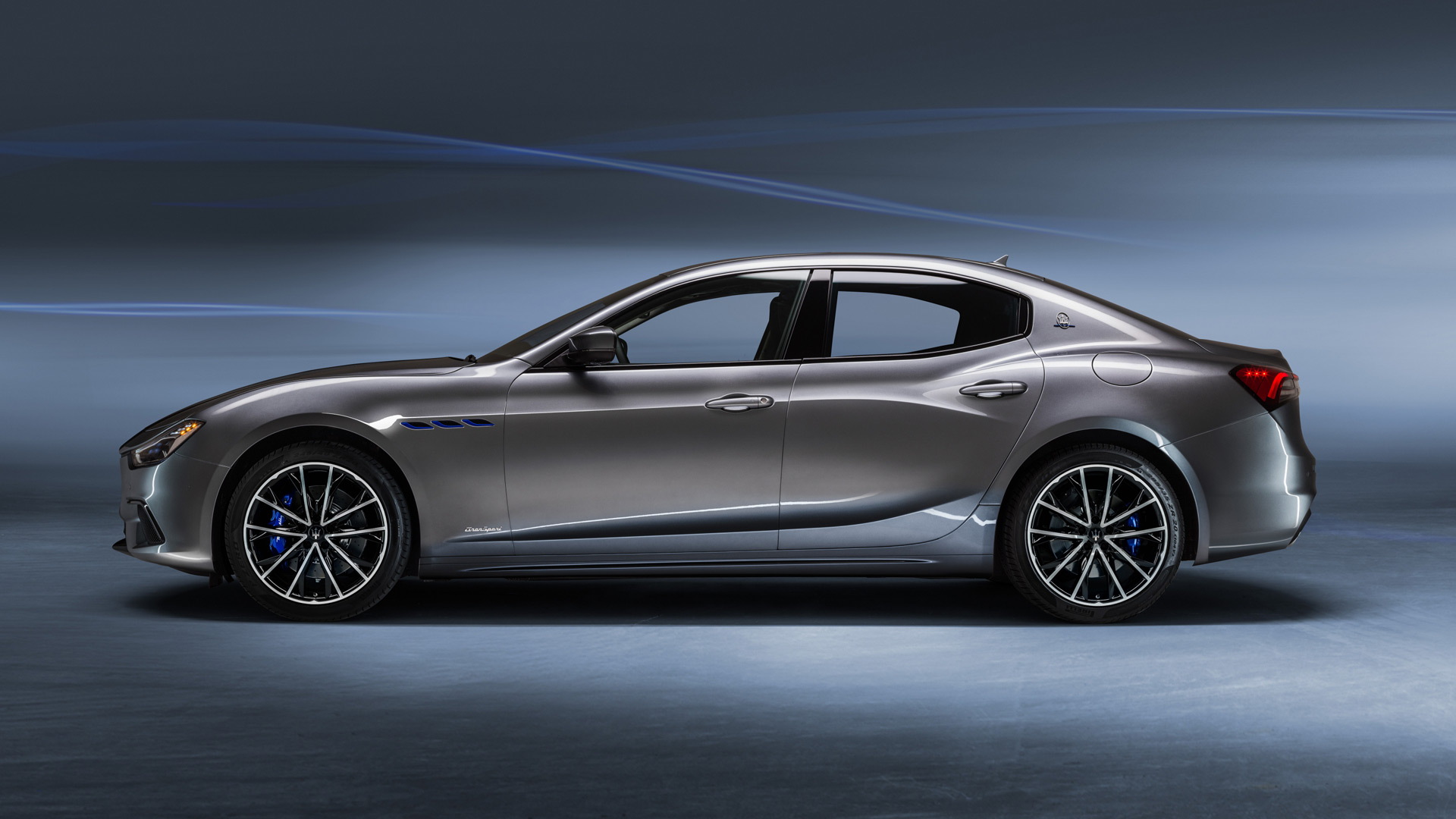 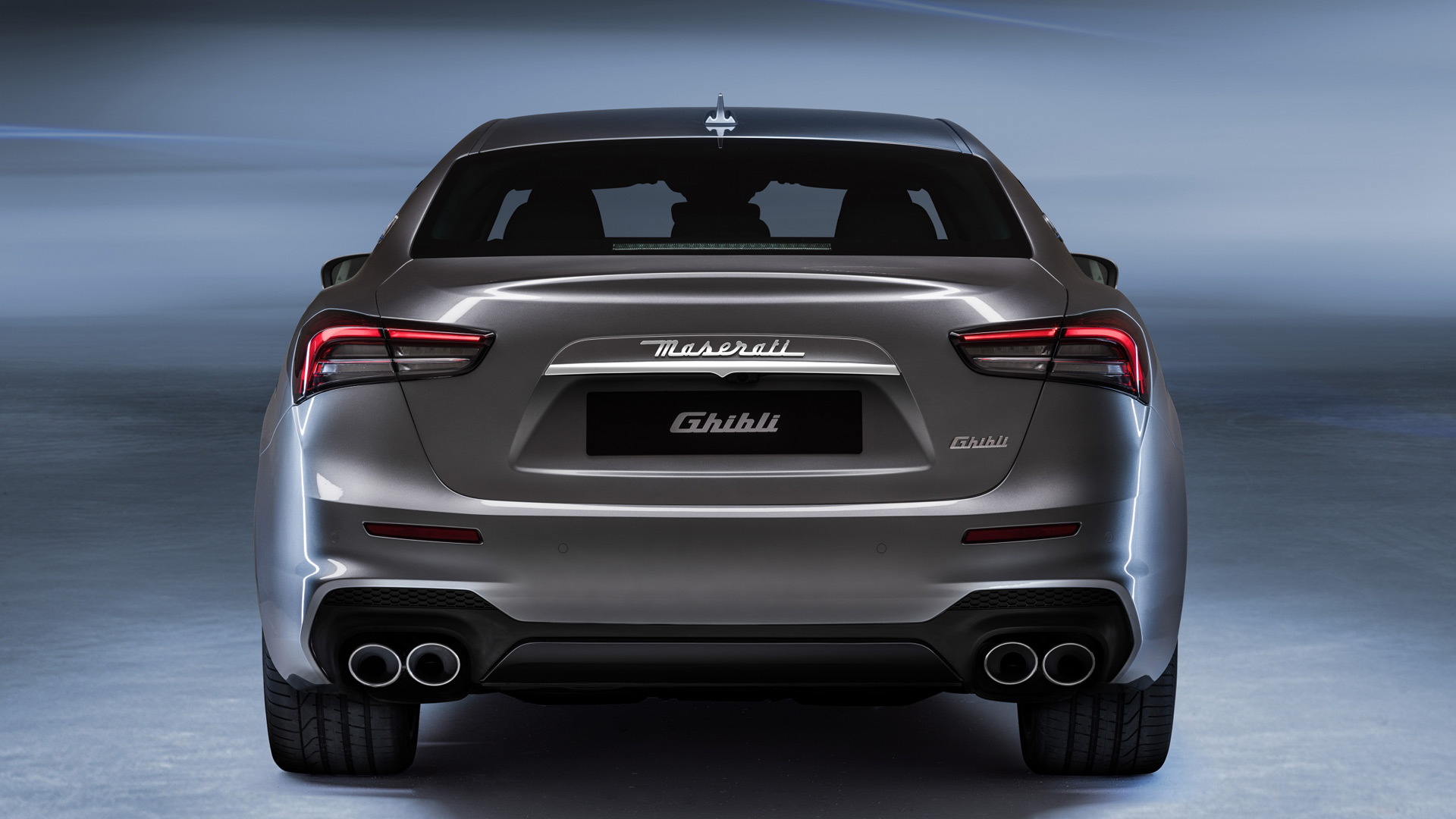 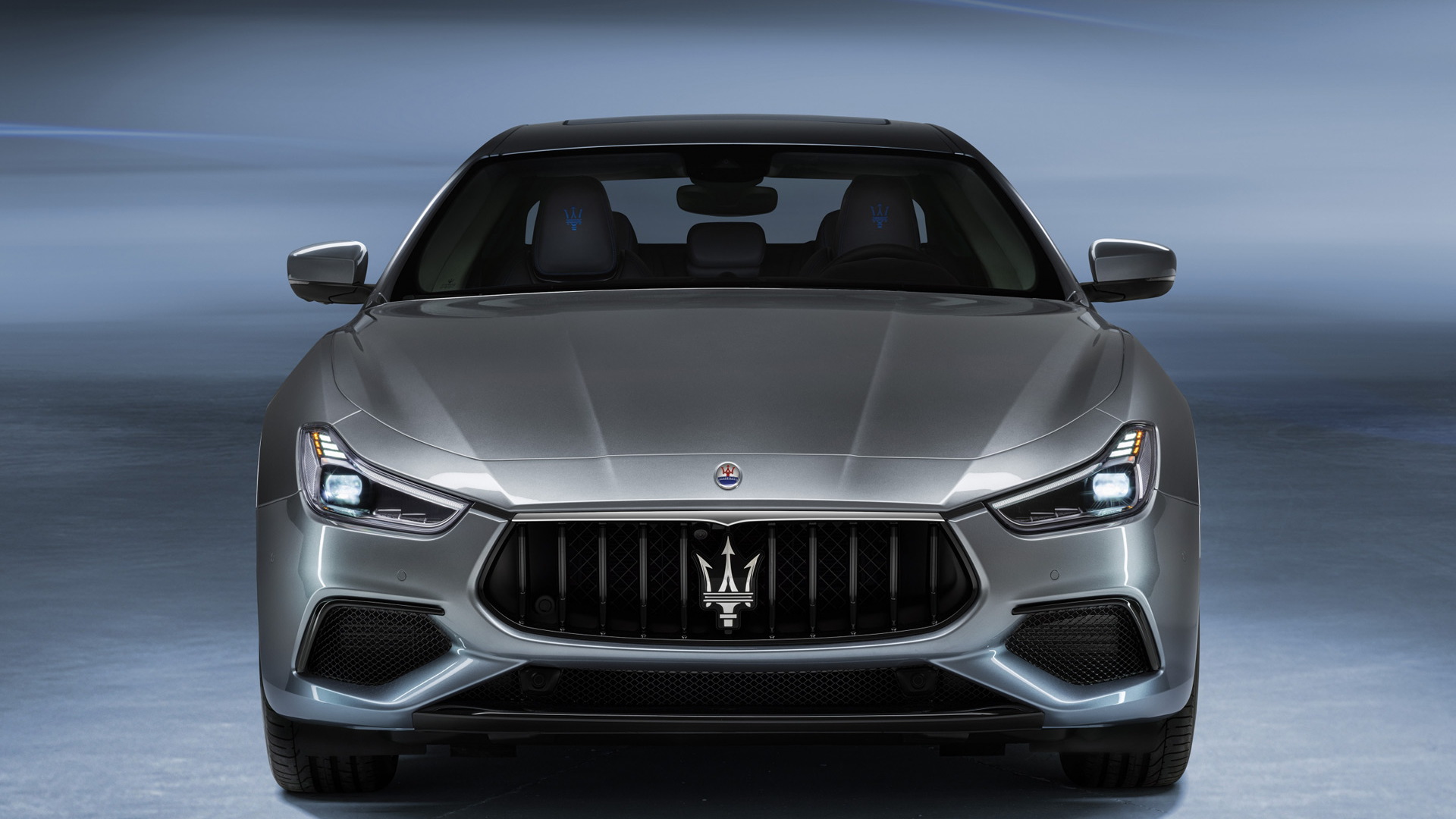 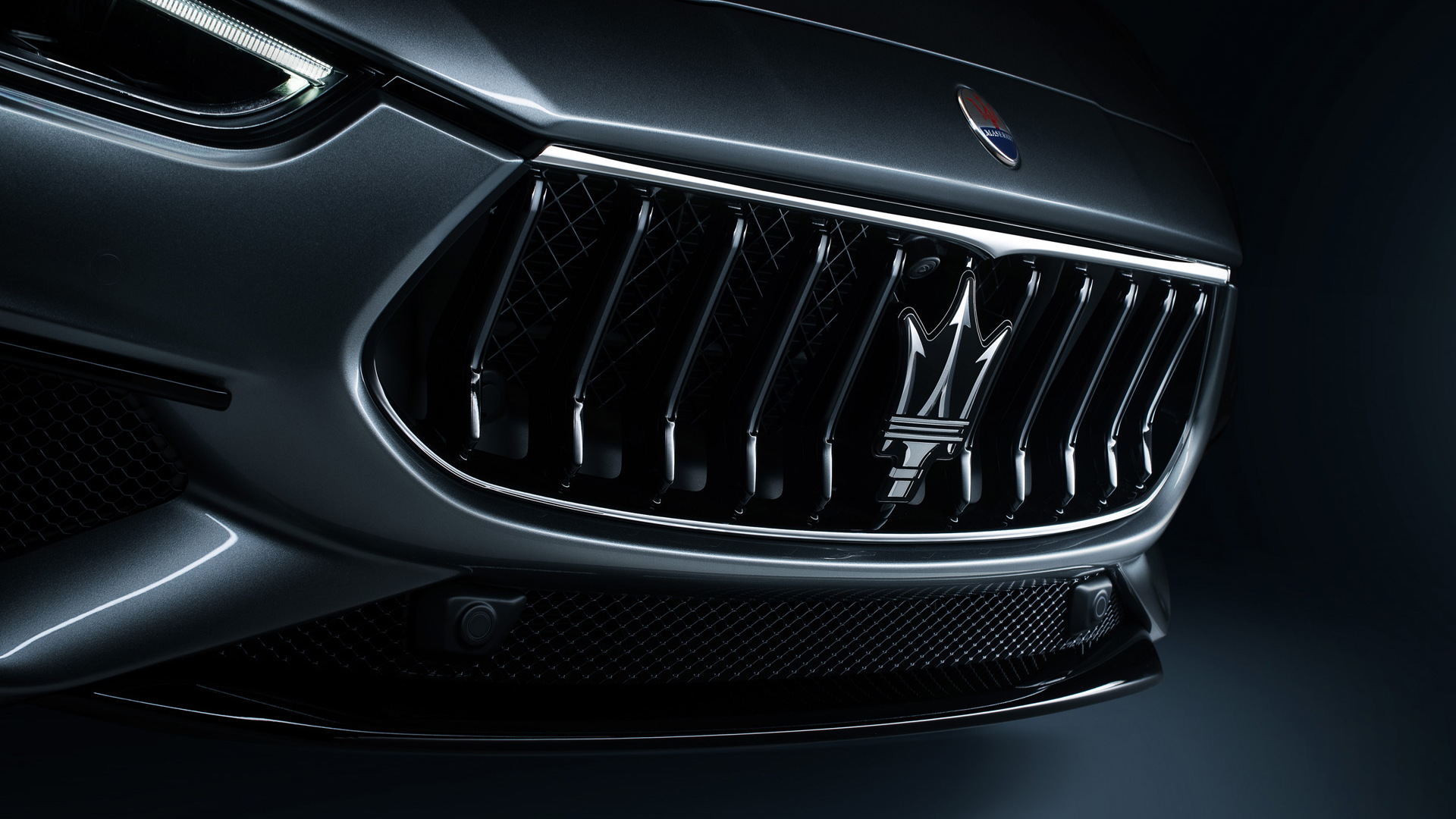 Maserati is on a mission to introduce electrification across its fleet, plans for which were first announced in 2018. The plans will see all current models either updated or redesigned by the end of 2023 and a new MC20 supercar and a small SUV based on the Alfa Romeo Stelvio added along the way.

The car's powertrain is a mild-hybrid setup combining a 2.0-liter turbocharged inline-4 with an electric motor-generator that serves as the starter motor and can recover energy under braking. Some of that energy can be used to power an electric compressor (called an e-Booster by Maserati) designed to deliver boost at low revs. The sole transmission is an 8-speed automatic.

Peak output registers at 330 horsepower and 332 pound-feet of torque, or enough to see the Ghibli Hybrid accelerate from 0-62 mph in 5.7 seconds. The top speed is 158 mph.

All 2021 Ghiblis will feature slightly revised styling, including a new grille with bars designed to resemble a tuning fork, and taillights with a boomerang-like light signature. The Ghibli Hybrid is distinguished by blue accents found on the side vents and brake calipers.

Inside, Maserati has added a new infotainment system powered by Google's Android Automotive operating system and featuring a 10-inch touchscreen. There's also a new Maserati Connect app that lets you stay connected to the car and monitor any software updates.

Maserati hasn't announced availability of the 2021 Ghibli in the United States, though the Ghibli Hybrid isn't expected to make it over.

As for the rest of Maserati's lineup, some of the 2021 Ghibli's styling and tech updates should filter across to the Levante and Quattroporte for 2021. They should be revealed in September alongside the new MC20 supercar.

Following the supercar will be another new model, this time a small SUV based on the Stelvio. It should arrive in early 2021. Maserati will then launch a redesigned GranTurismo later in 2021—the brand's first EV. Though it's yet to be confirmed, the new GranTurismo, which will also have a GranTurismo Convertible option (GranCabrio outside the U.S.) due in 2022, might be offered exclusively with battery-electric power.

According to its most recent plan, Maserati will then introduce redesigned versions of the Quattroporte and Levante in 2022 and 2023, respectively. Note, some of these plans may have changed now that Maserati's Fiat Chrysler Automobiles parent is merging with France's PSA Group to form Stellantis.