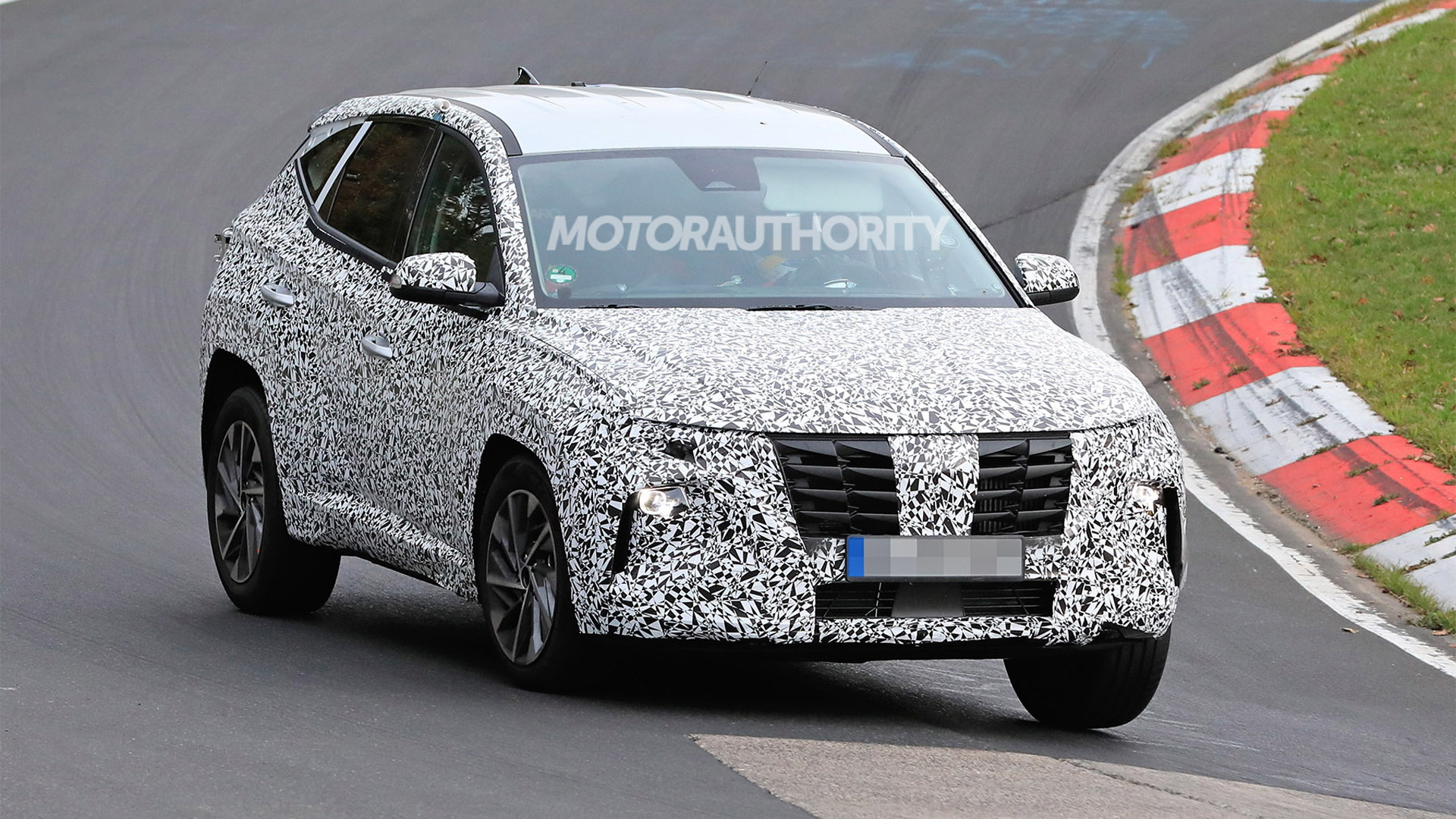 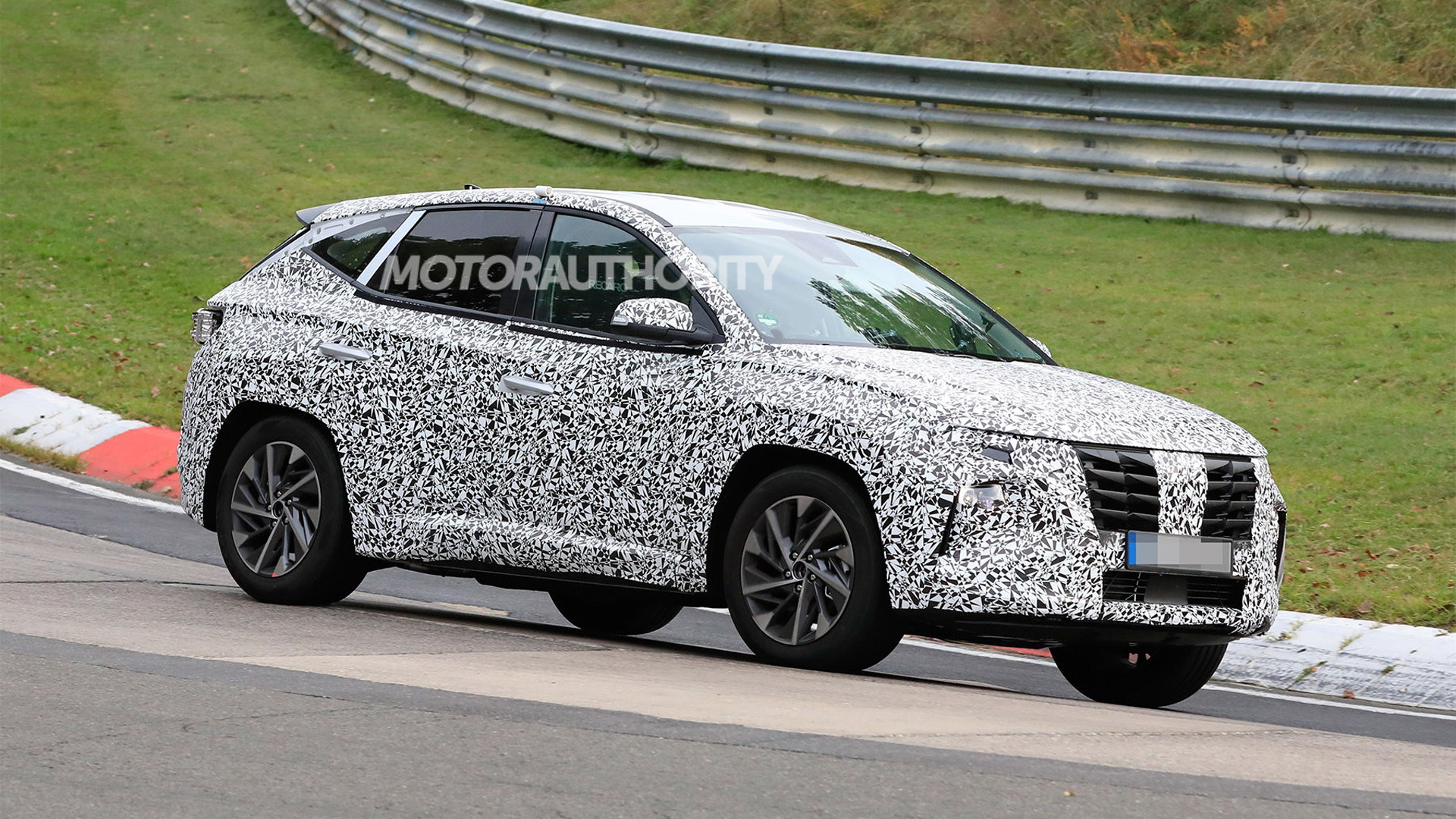 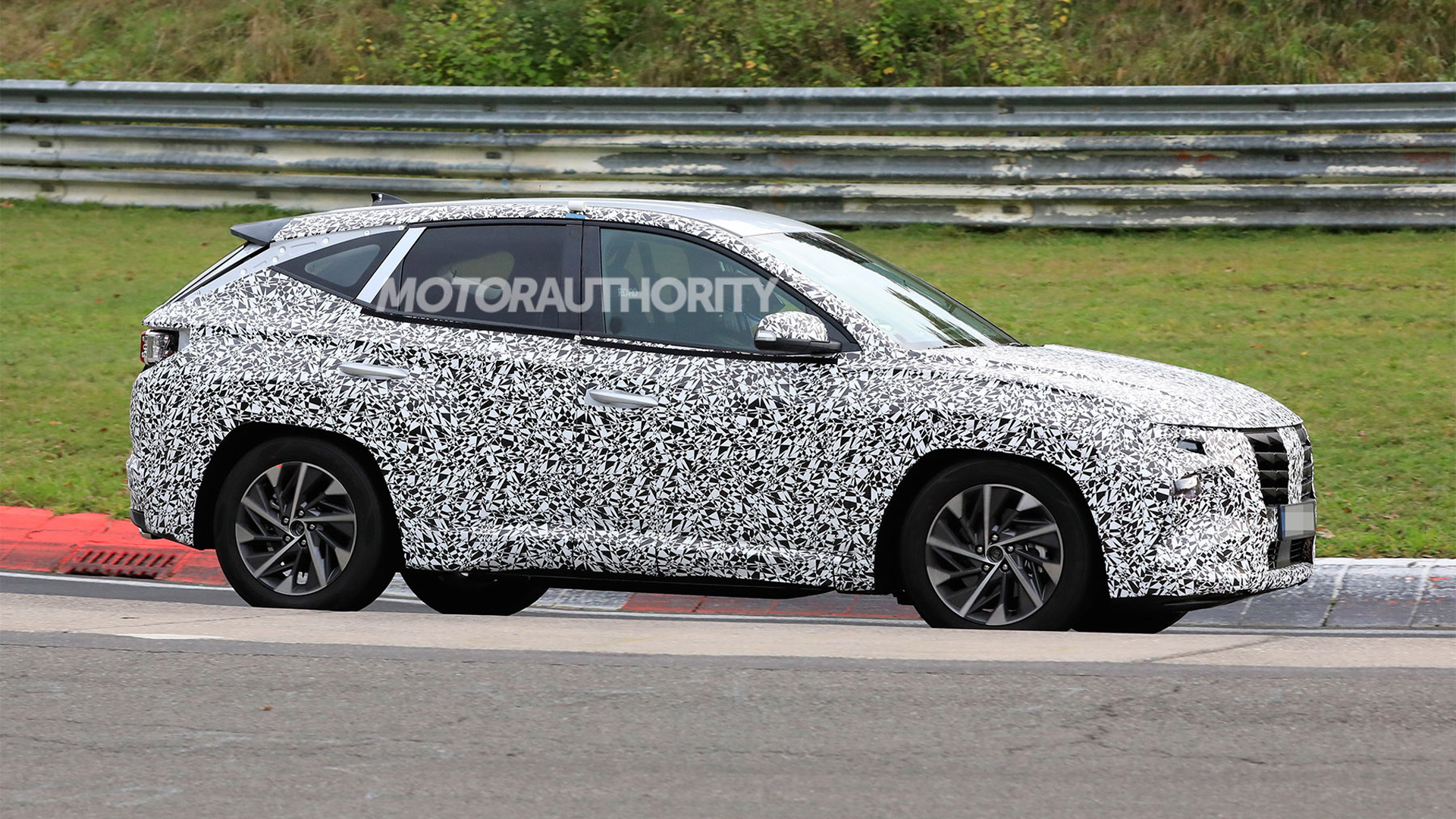 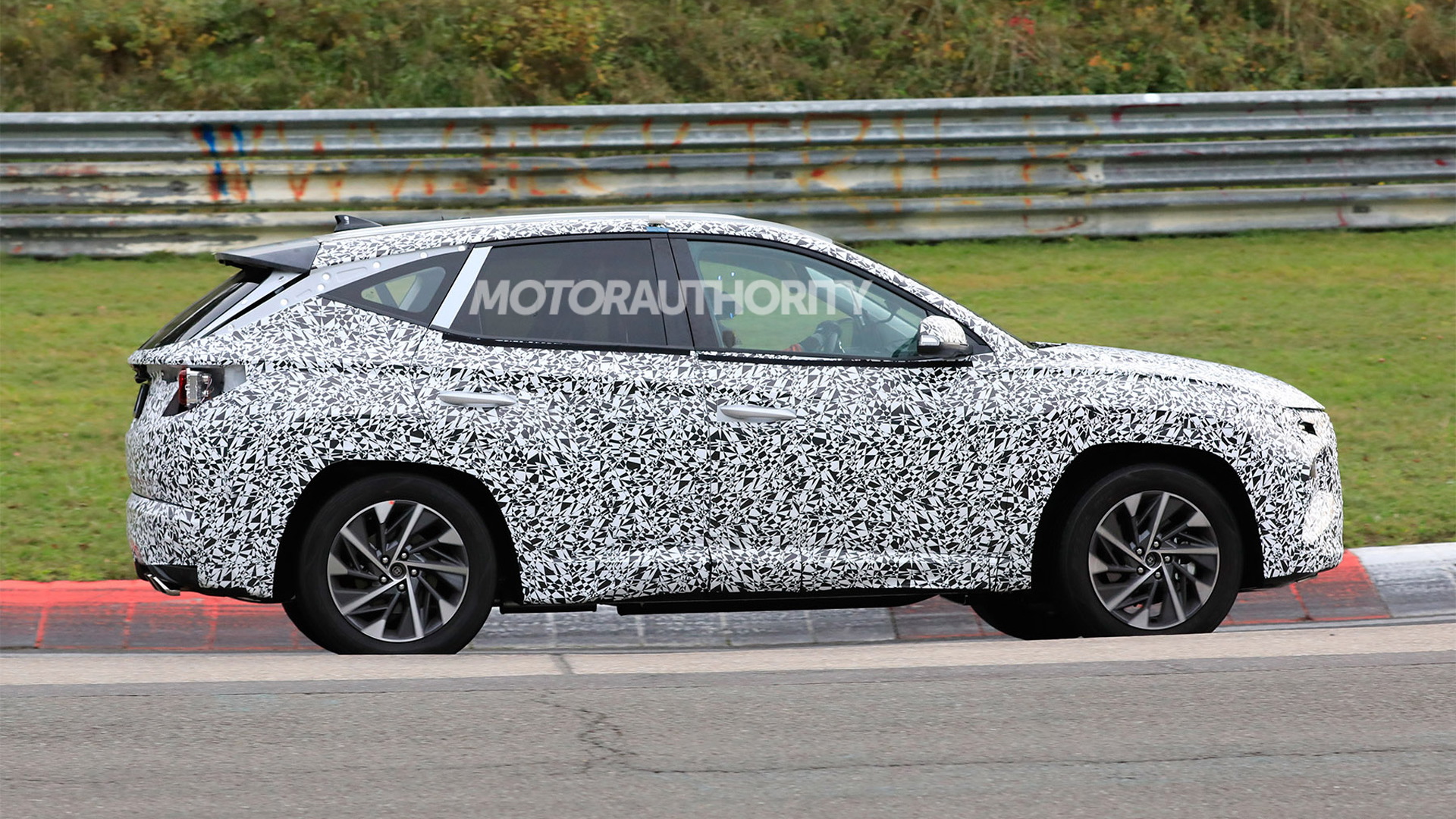 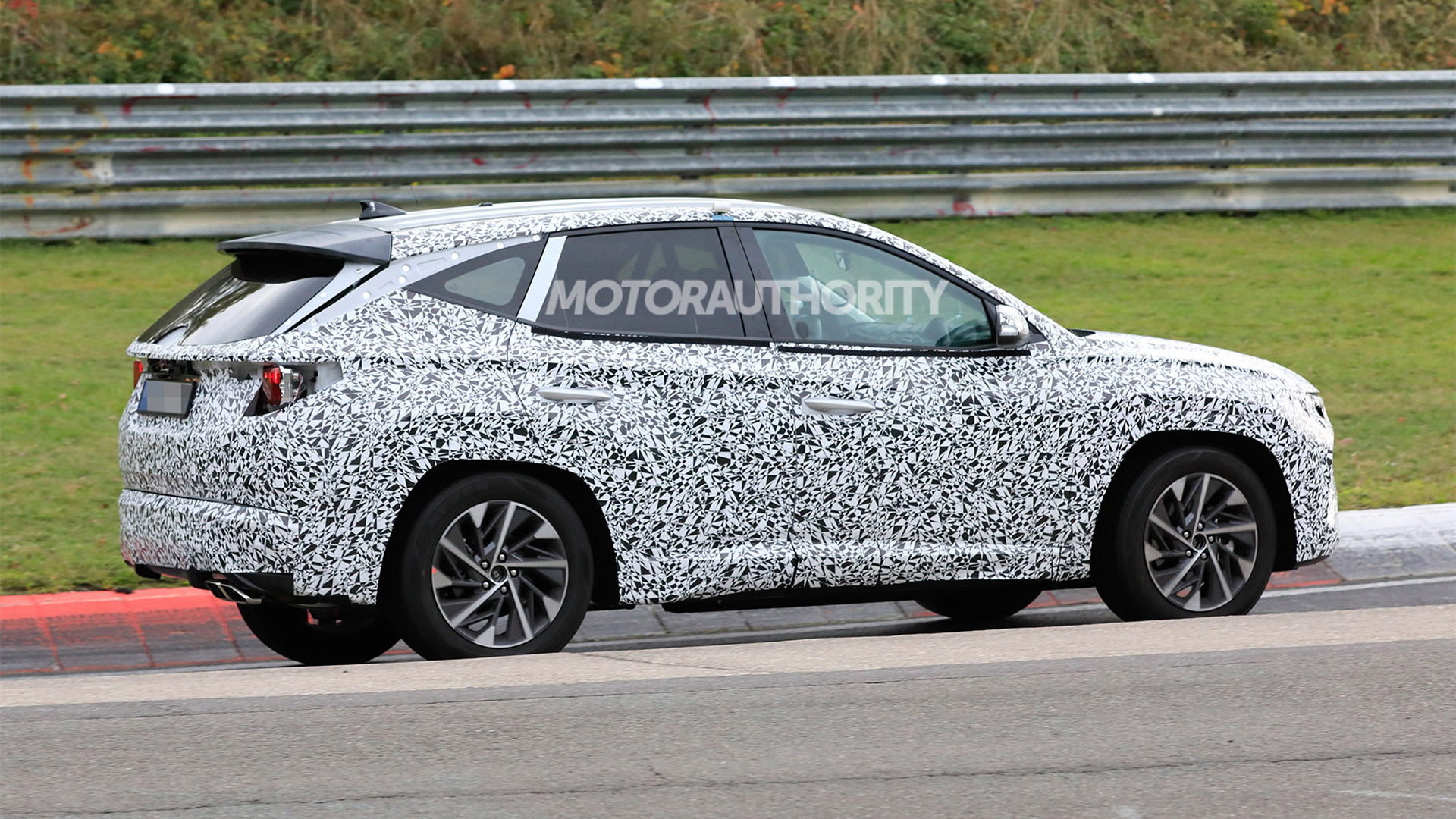 Hyundai is preparing a redesign for its Tucson and multiple prototypes have been spotted.

The prototypes are already at a late stage of development as they are wearing the lights and wheels that will end up on the production model, though there's still a bit of waiting time ahead. Previously thought to go on sale later this year, a Hyundai spokesman has confirmed to Motor Authority that the redesigned Tucson will arrive in 2021 as a 2022 model.

There's still a lot of camouflage gear but we can already see that the new Tucson will be a very handsome vehicle. Hyundai previewed the design with the Vision T concept car unveiled during the 2019 Los Angeles Auto Show.

The design has been crafted using principles from Hyundai's Sensuous Sportiness design language introduced with 2018's Le Fil Rouge concept. It also looks like the new compact crossover SUV will be slightly bigger than the model it replaces, especially at the rear section.

There's no word on the powertrains but a new electrified option could finally be offered, as one was featured in the Vision T concept. We've also heard of a sporty Tucson N with as much as 340 horsepower being developed. The current Tucson is offered with two powertrain options for 2020. The base option is a 2.0-liter inline-4 delivering 161 hp and above this is a 2.4-liter inline-4 with 181 hp.

Hyundai, like most automakers, is investing big in its SUV portfolio. The new Palisade was added to the top of the range for 2020 while at the same time a new Venue has been added at the bottom the range, which brings Hyundai's SUV family to six members.