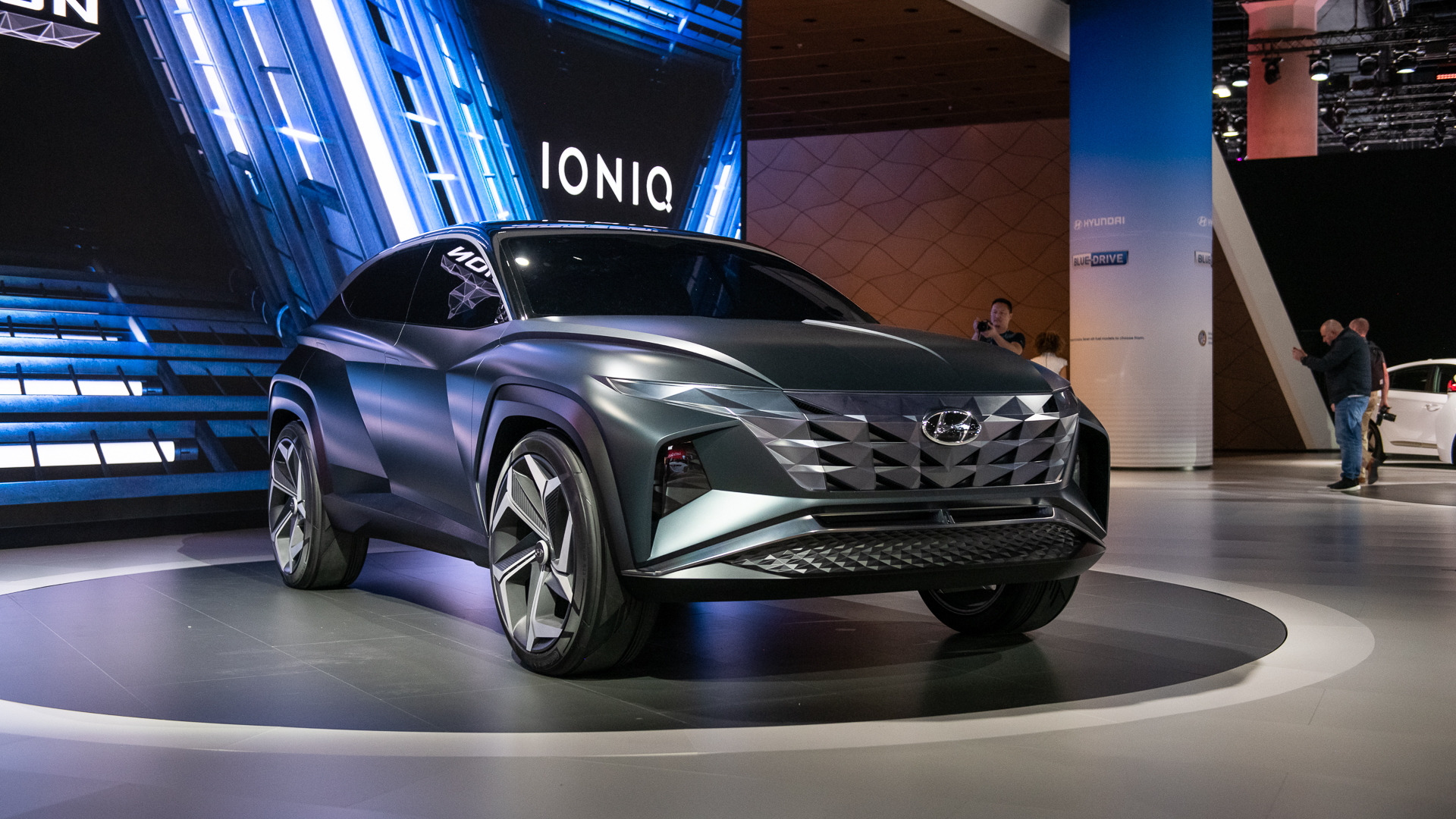 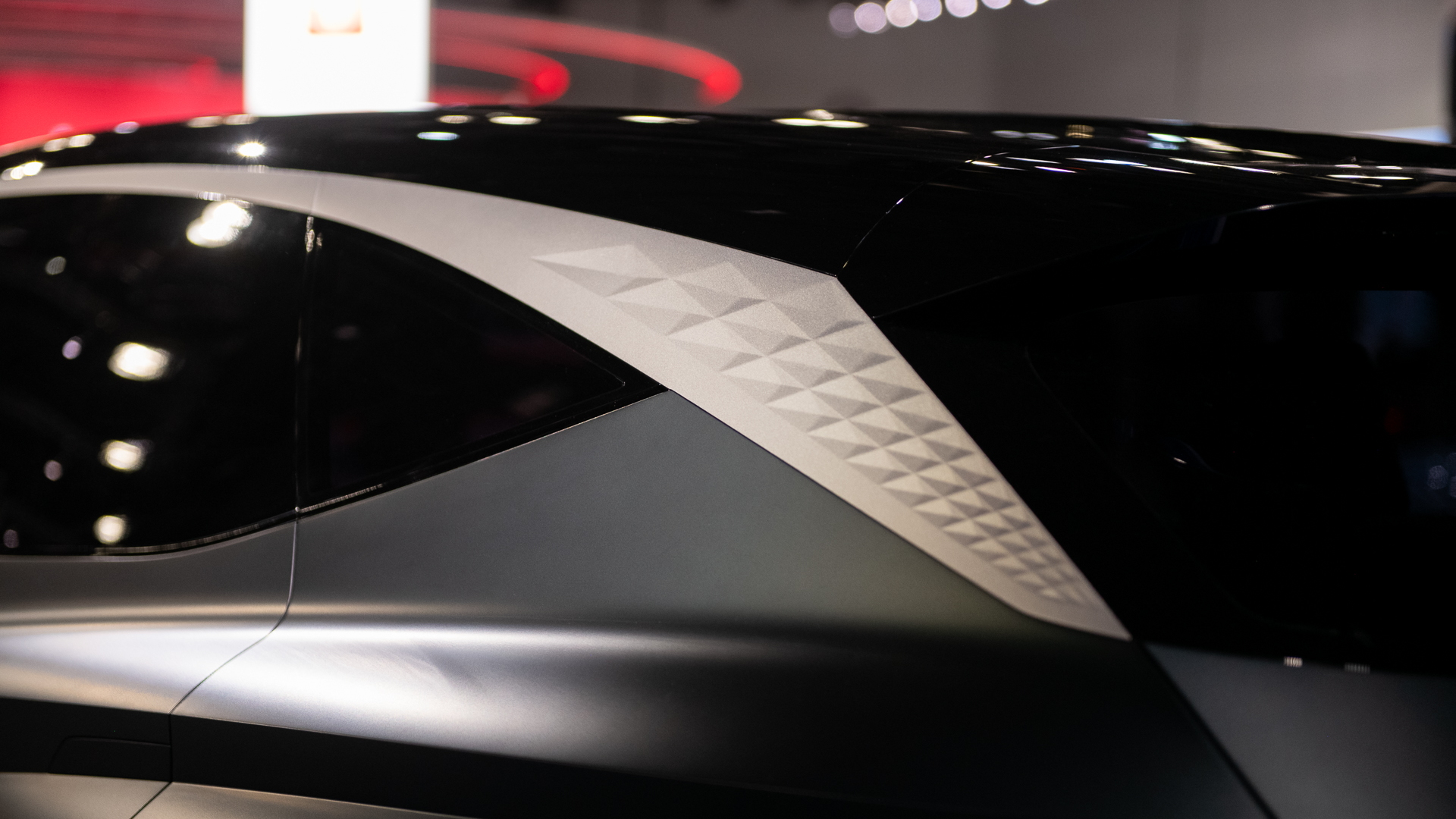 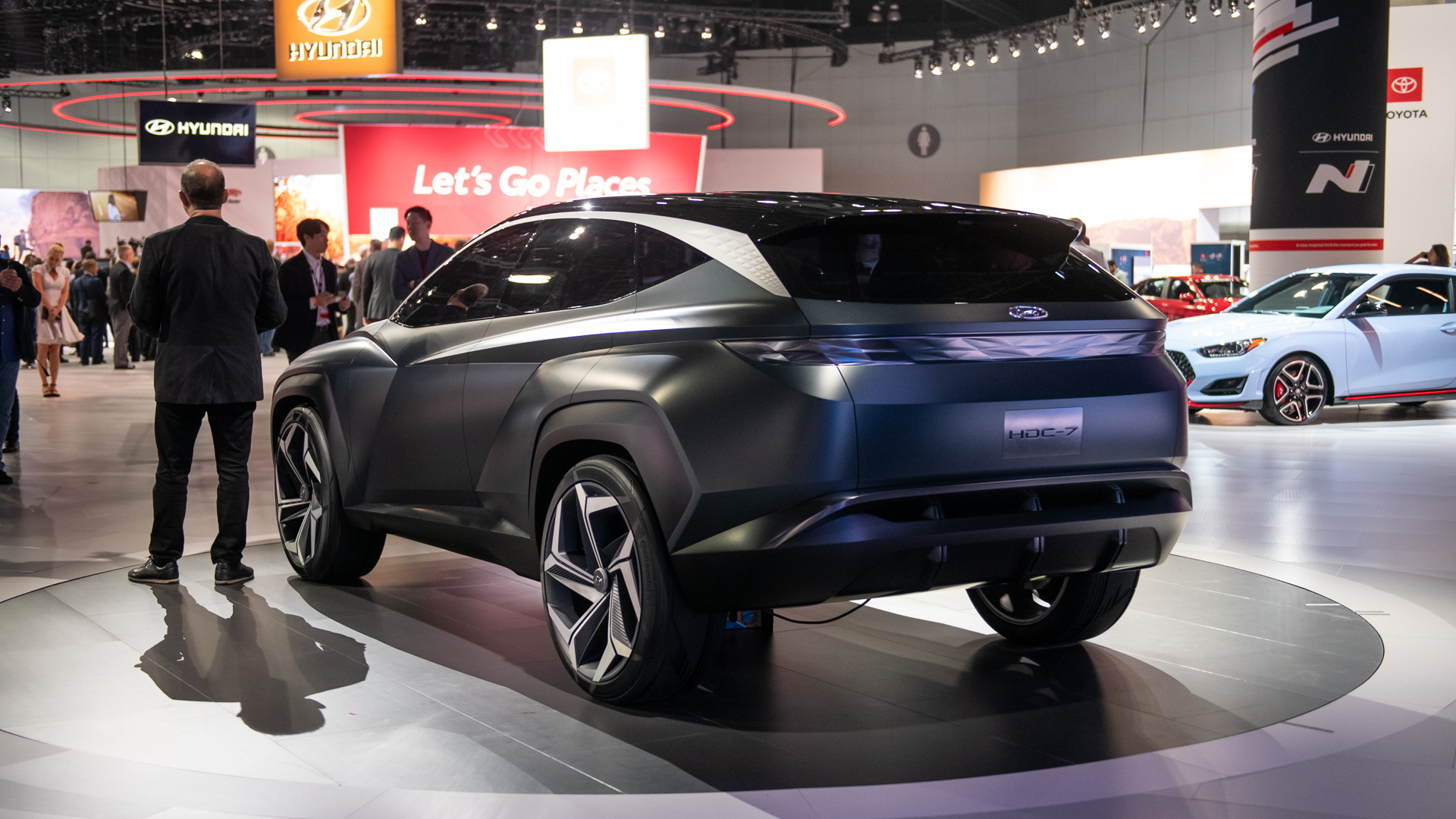 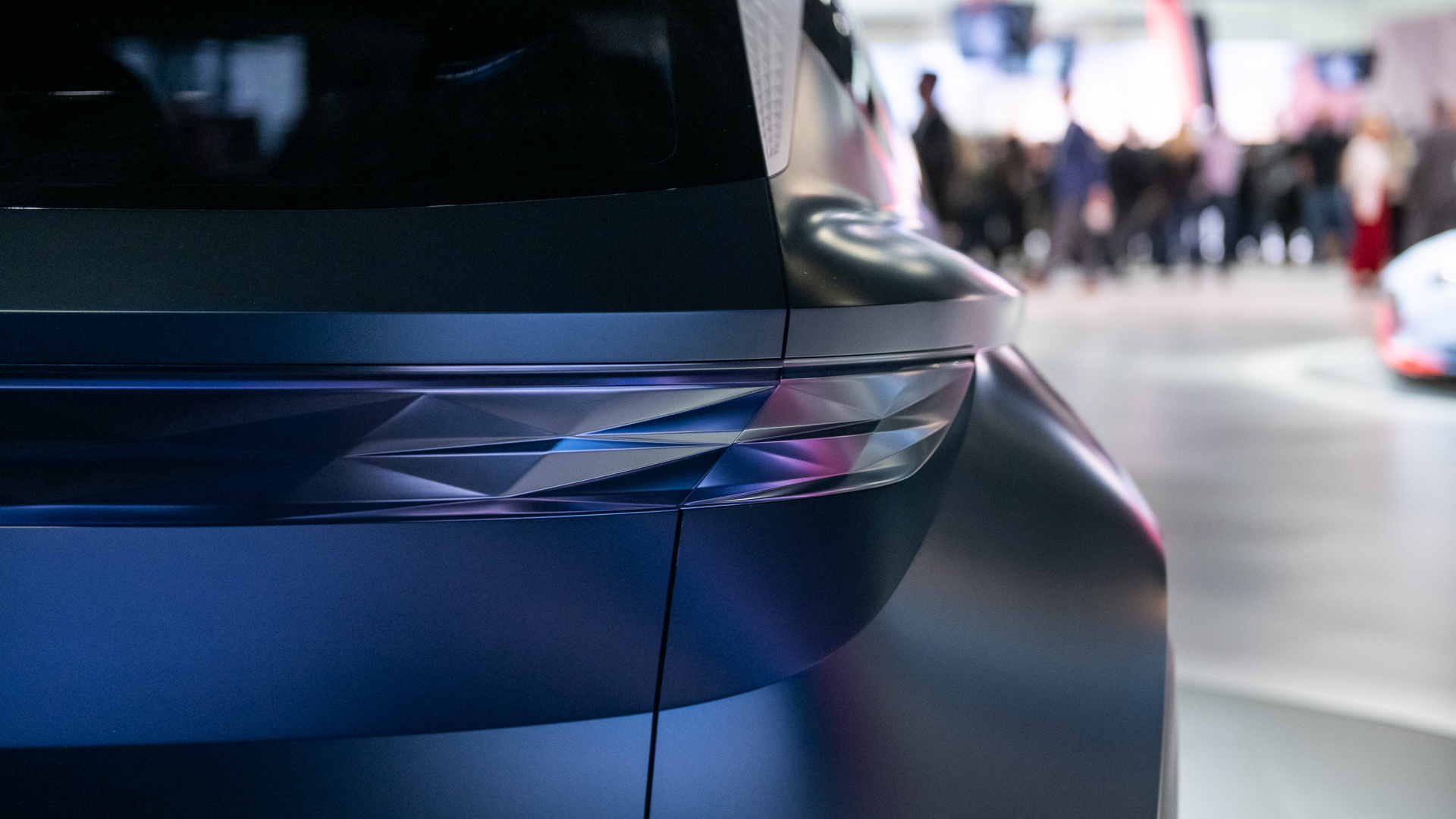 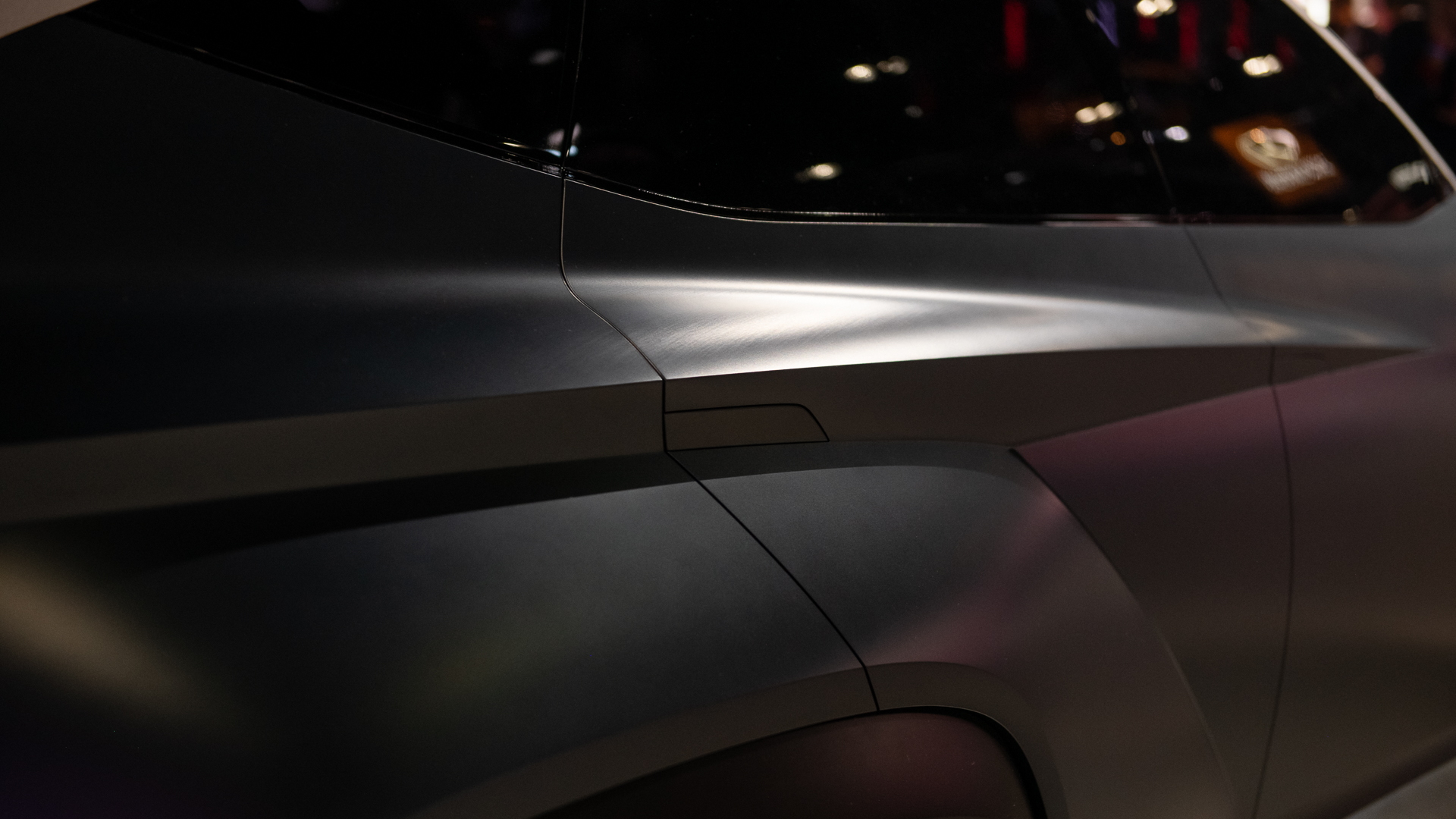 Hyundai on Wednesday unveiled a striking SUV concept previewing the design of its next-generation Tucson at the Los Angeles Auto Show.

Prototypes for the redesigned compact crossover SUV spotted over the past year sport a very handsome design, and the new concept, dubbed the Vision T, looks to confirm this. The design has been crafted using principles from Hyundai's Sensuous Sportiness design language introduced with last year's Le Fil Rouge Concept.

The SUV concept is also a plug-in hybrid which hints at a new electrified option being offered on the redesigned Tucson. The current Tucson offers a pair of naturally aspirated inline-4s. Hyundai didn't provide any powertrain specs for the concept but we can see that the charging port is located on the passenger side rear quarter. A blue circular light reveals the charging status.

An interesting element of the concept are the active shutters in the grille. These shutters remain closed when the vehicle is parked to enhance the style, but they can be individually controlled when the vehicle is on the move to optimize aerodynamics and as a result fuel efficiency. A similar technology features on Aston Martin's DBS GT Zagato and, judging by the prototypes, it looks like we may see a version of the technology on the redesigned Tucson.

Currently, we expect the redesigned Tucson to reach dealers in the second half of 2020 as a 2021 model.