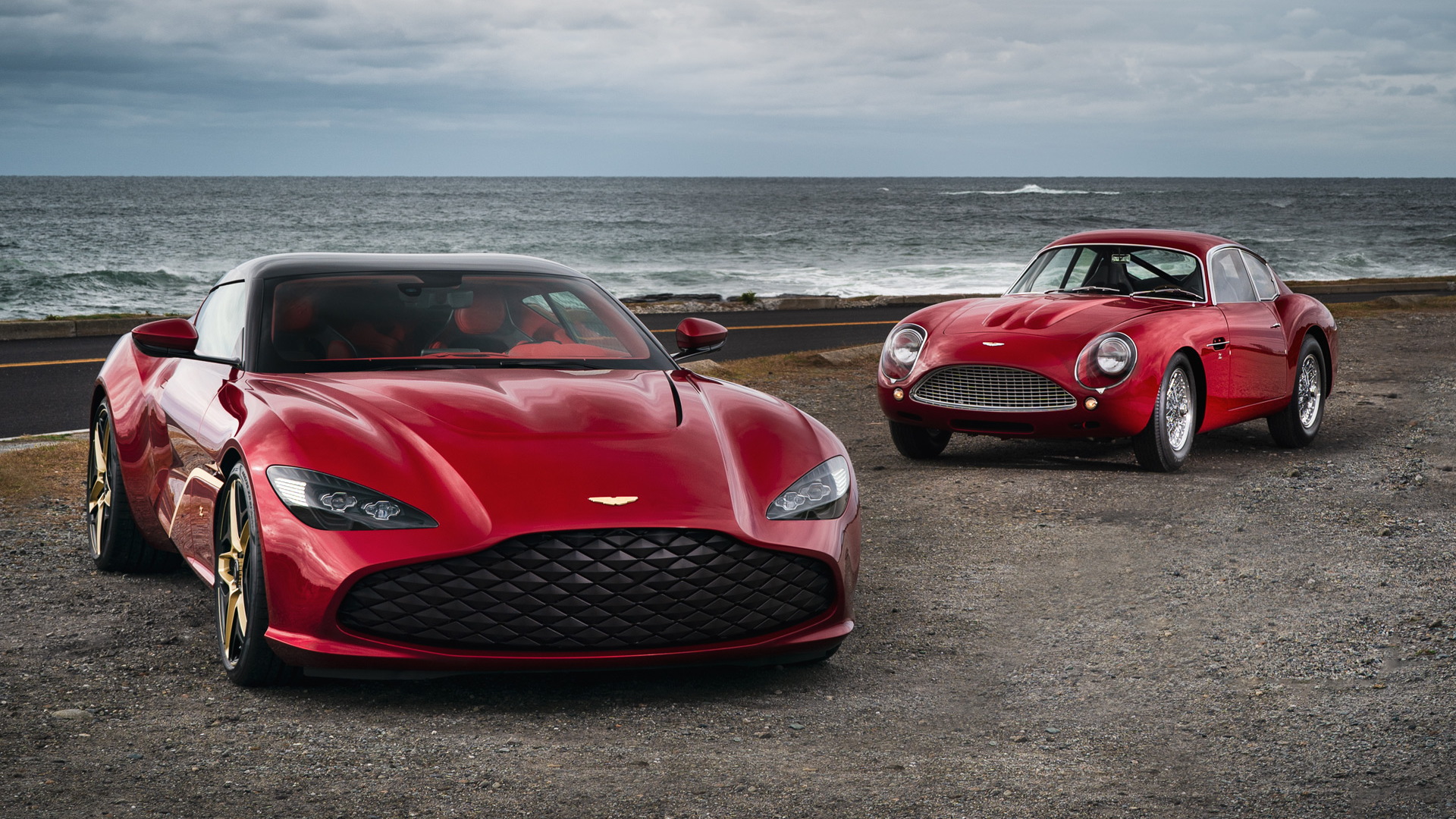 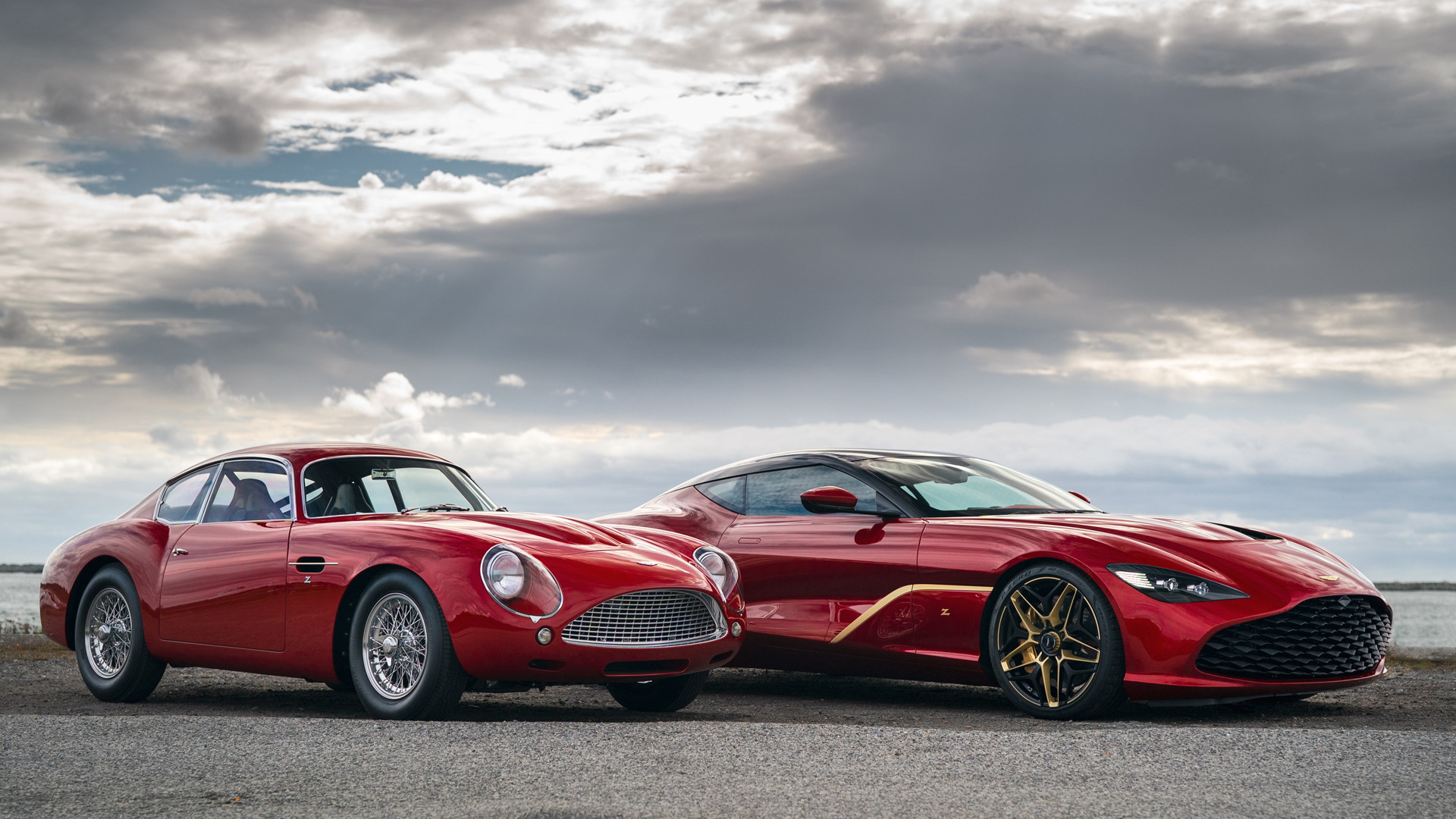 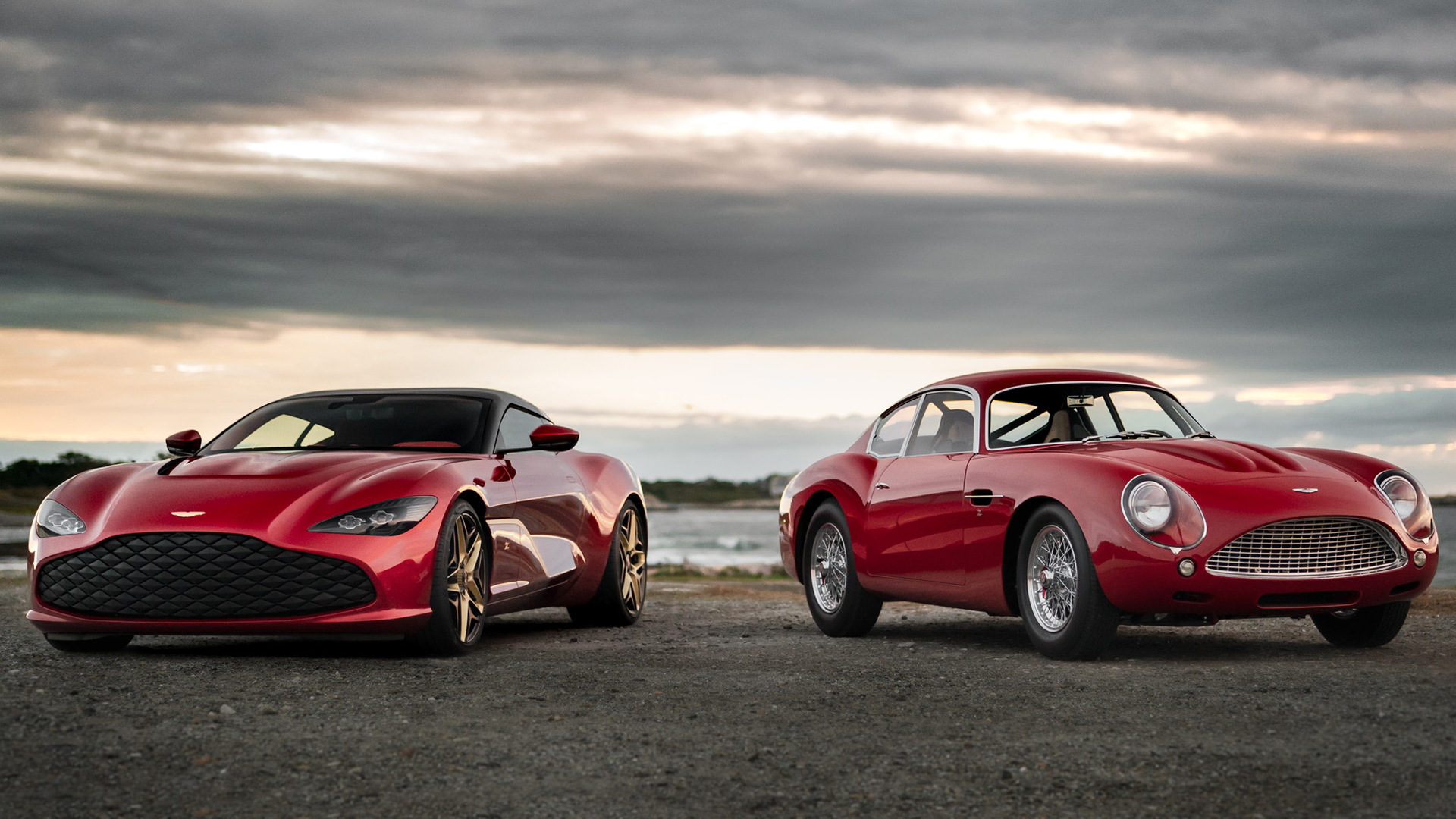 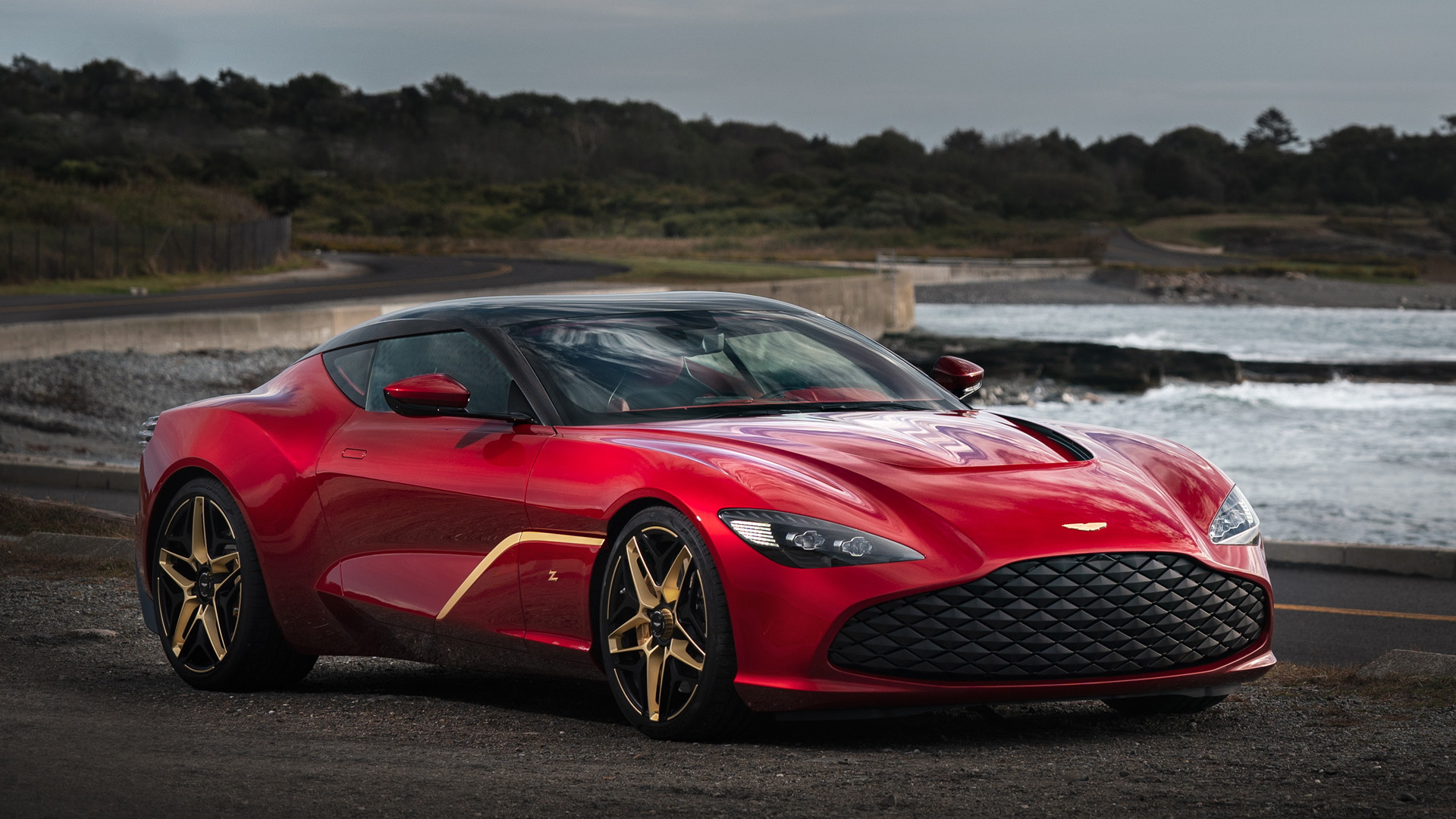 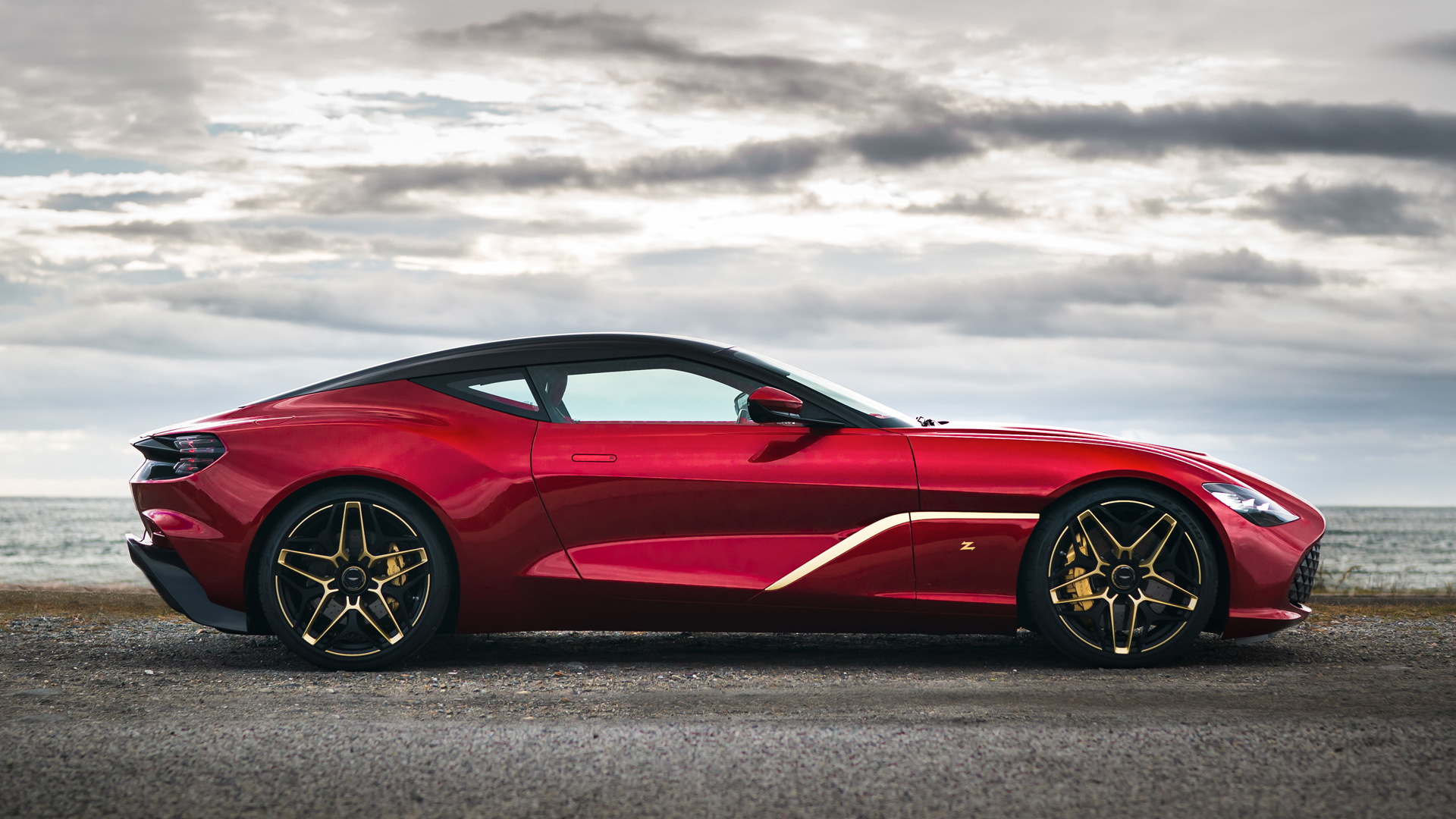 Italian design house and coachbuilder Zagato turned 100 this year and celebrated by working with one of its closest partners through the years: Aston Martin.

The two collaborated on the new DBS GT Zagato supercar based on the DBS Superleggera, which was unveiled on Friday at the inaugural Audrain’s Newport Concours in Newport, Rhode Island.

The car's design is thoroughly modern and barely resembles the lines of the DBS Superleggera on which it is based. Its creators say the car embodies the next evolution in Aston Martin Zagato design language, though signature elements such as a double-bubble roof and truncated tail remain.

Particularly impressive is the carbon fiber roof, a single piece that flows from the wraparound windshield all the way to the rear. There's no rear windshield, so Aston Martin has installed a digital rearview mirror. The roof design gives the effect of the car having no hard lines above the shoulder line.

Other unique elements include the head and taillights, anodised gold accents, the model-specific Supernova Red paint scheme, and the almost full-width grille. The latter, referred to as a “dynamic grille,” consists of 108 diamond-shaped carbon fiber pieces that remain flush with the grille when the car is parked and open up when the engine is started to allow air to flow through.

Sitting behind the grille is the familiar 5.2-liter twin-turbocharged V-12. It's tuned to a stout 760 horsepower in this latest application, up on the standard 715 hp.

If you thought the exterior was a sight to behold, wait until you look inside where red leather lines most of the surfaces. Other areas are either carbon fiber or gold-coated stainless steel. Alternatives to the gold will be offered, including aluminum or carbon. These intricate elements are formed via 3D printing and take about 100 hours just to print, after which countless more hours of hand polishing is required to create the lustrous finish.

Just 19 DBS GT Zagatos will be built, though you won't be able to buy the car by itself. Aston Martin is offering it together with a continuation example of the 1960s-era DB4 GT Zagato in what is being labeled the DBZ Centenary Collection. We'll remind you that the original DB4 GT Zagato was also built in a 19-car run, developed as a response to a need for a lighter version of the standard DB4 GT for racing.

The price to own the DBZ Centenary Collection is 6 million British pounds (approximately $7.37 million). While that's certainly steep, a previous DB4 GT Zagato continuation car, known as a Sanction II car, sold in 2012 for $1.9 million. Given the increase in classic car prices since then, we can only imagine what the car would be worth today.