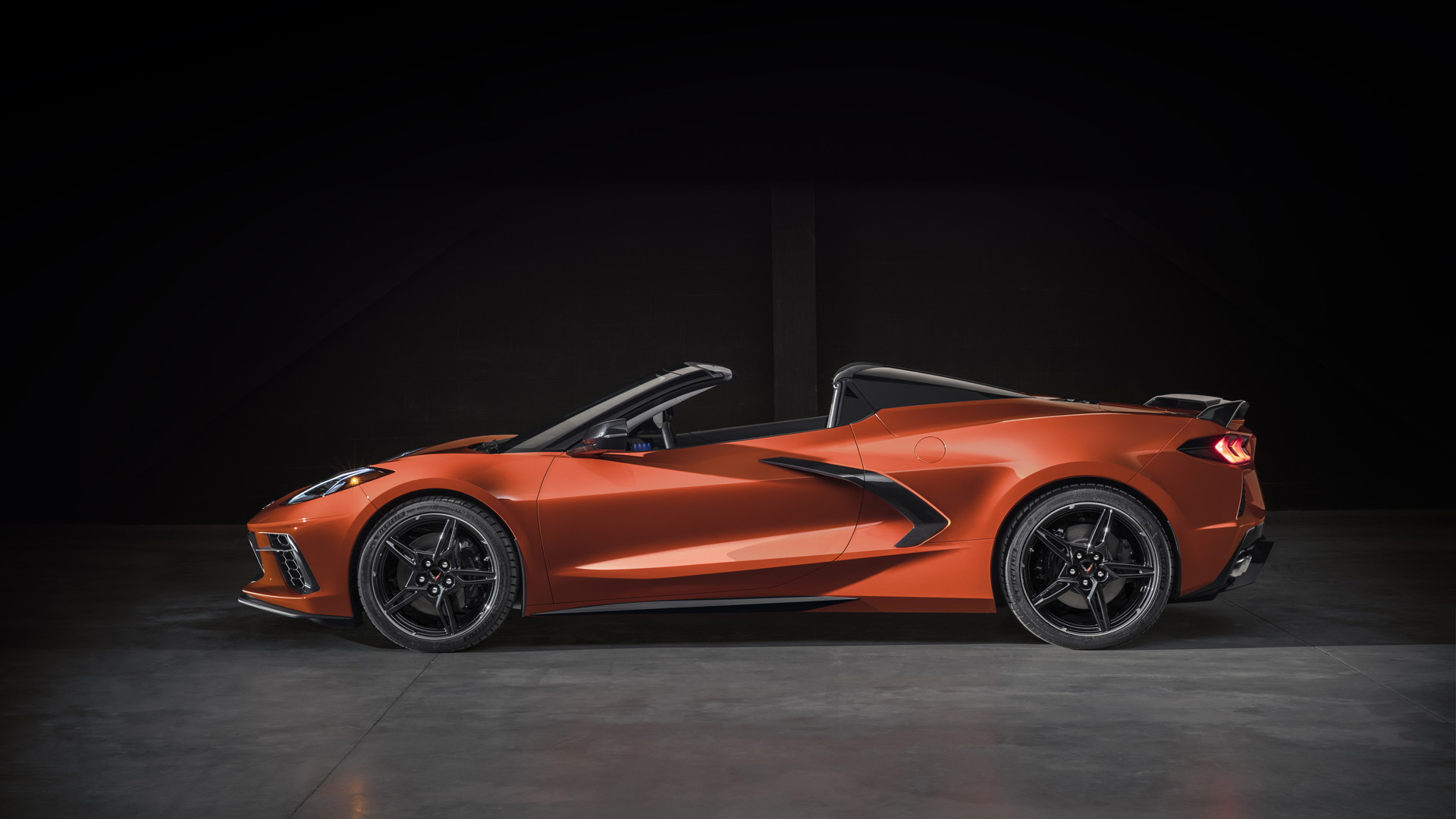 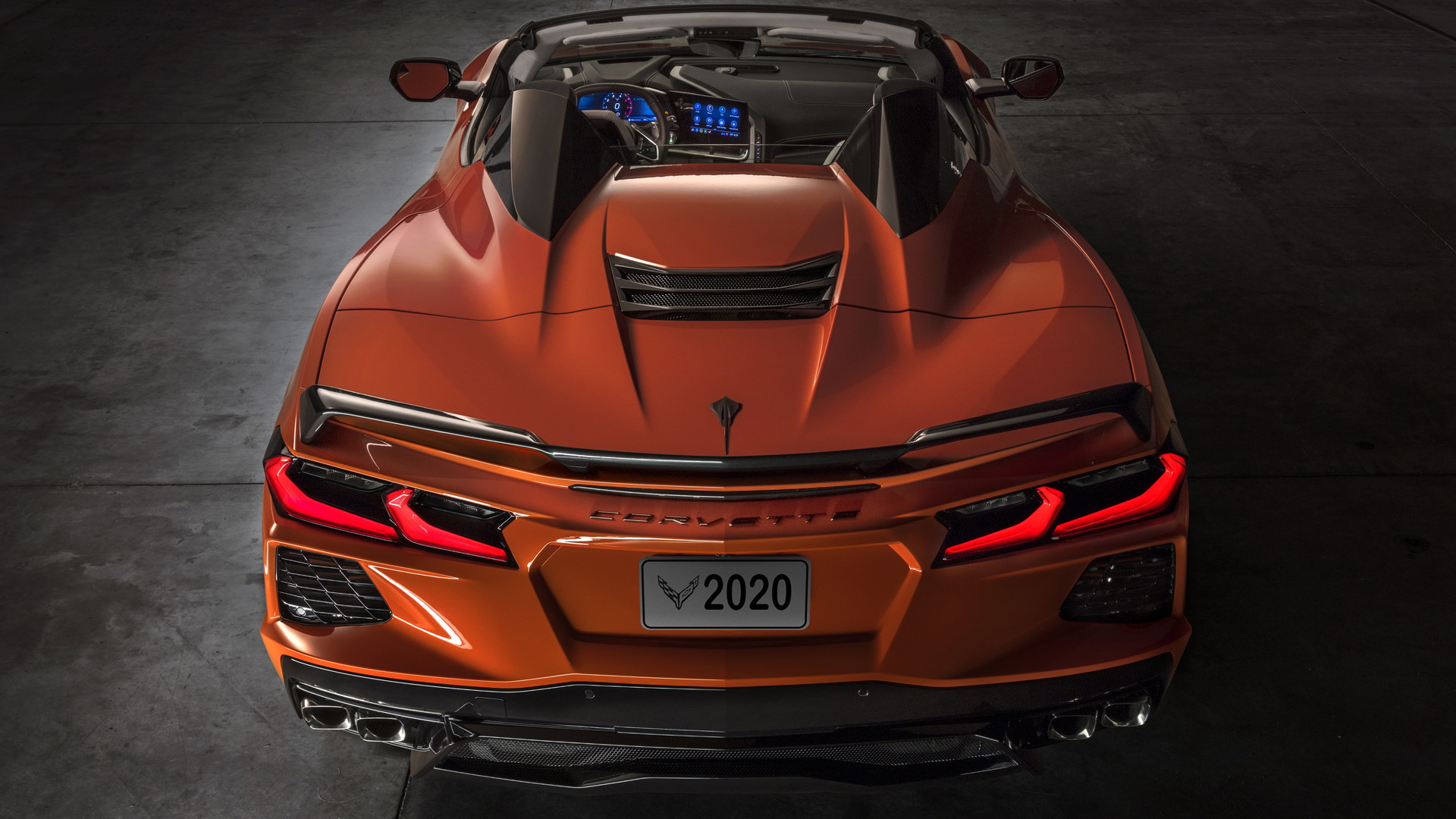 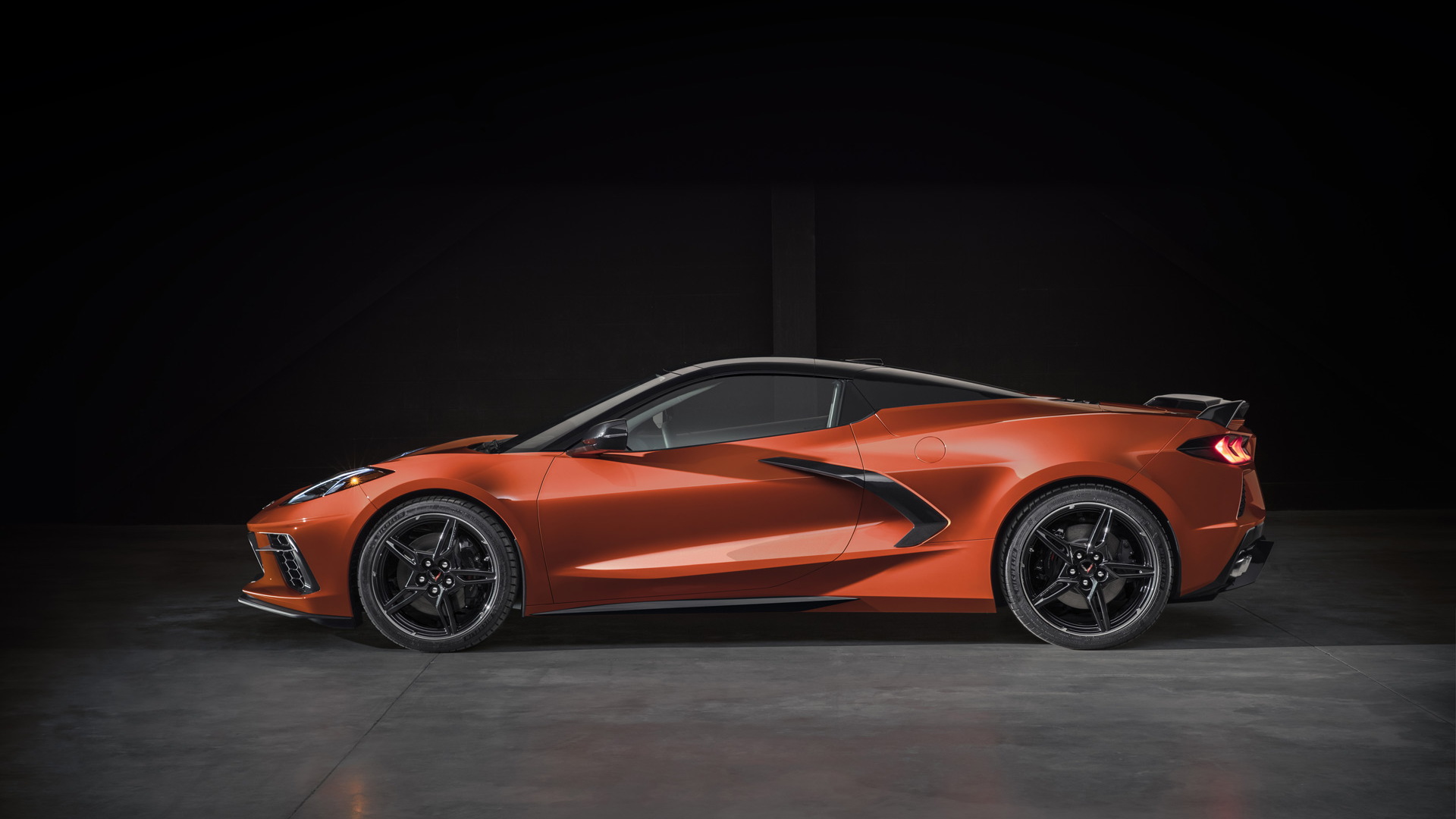 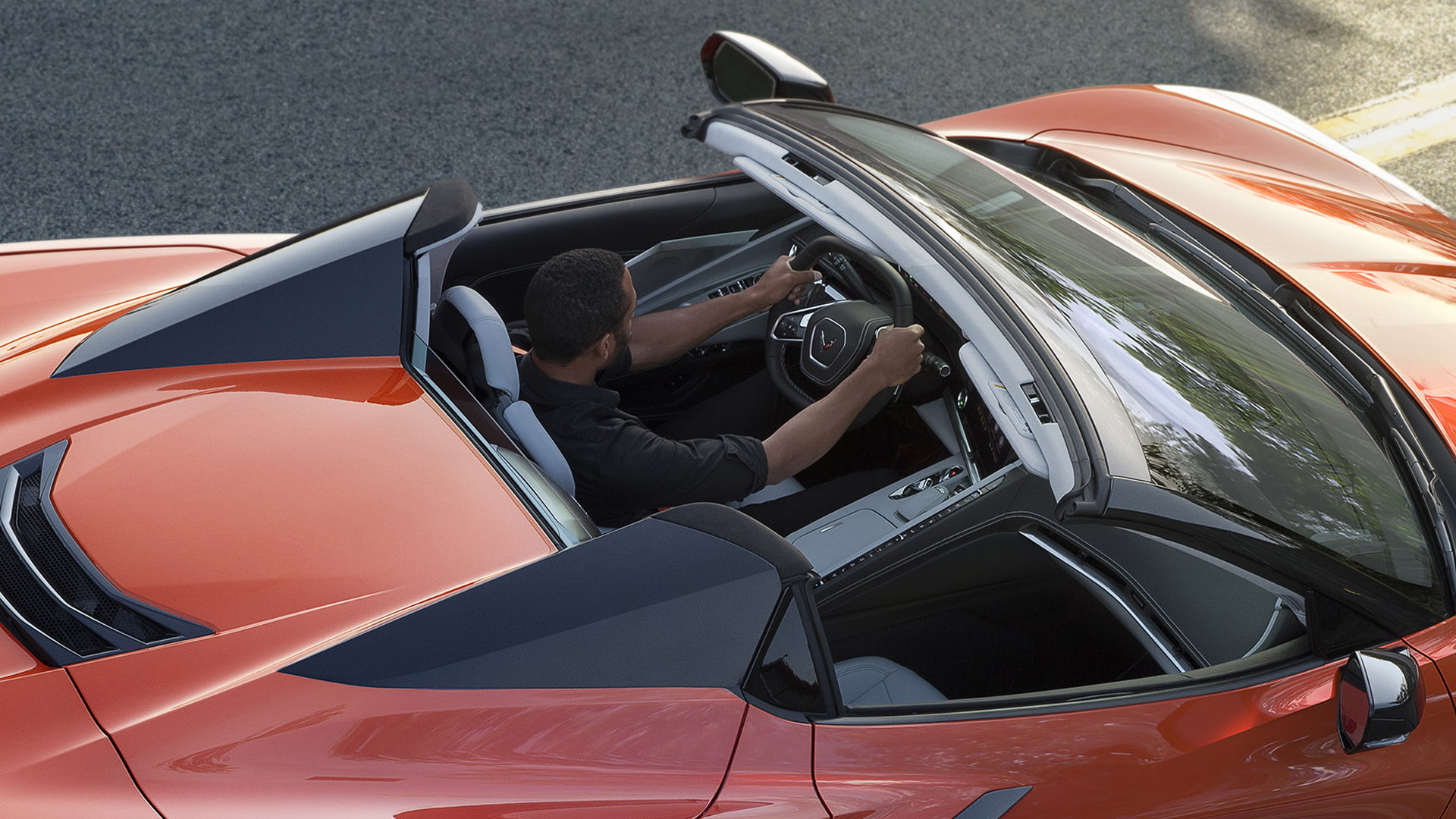 The mid-engine 2020 C8 Corvette will be offered with a folding hardtop for the first time, Chevrolet confirmed this week when it unveiled the new convertible. The weight penalty for this new feature? Just 80 pounds.

Chevrolet has sold the Corvette as a targa-style coupe and a convertible almost without exception for decades. The removable hard top on the coupe has become a staple feature of the American sports car icon, but while it offers a lot of the same upsides as a convertible top, it has its own set of drawbacks. Chief among them is the fact that it's much more difficult to remove and inconvenient to stow than an old-fashioned drop-top when it comes time to let the wind in.

That's all changing for 2020. The new power-folding top will be quieter, more robust and longer-lasting than the softtop it replaces, and as an added bonus, it brings with it an almost trivial weight increase. Chevrolet engineers told Autoblog that the 80-pound penalty will cause only a minor uptick in the convertible's 0-60 time, keeping it right at the 3.0-second mark with the Z51 performance pack. Chevy says almost all of the added weight comes from the roof panels themselves and the folding mechanism. No chassis bracing was added; Chevy says it wasn't necessary.

As with the coupe, the convertible is powered by a LT2 6.2-liter V-8 that makes 490 horsepower (495 hp with an available performance exhaust) and 465 pound-feet of torque. Power gets to the rear wheels by way of a standard 8-speed, twin-clutch automatic gearbox. No manual transmission will be offered.

Opting for the convertible will add $7,500 to the price, which is only slightly more than the premium commanded by previous Corvette drop-tops.