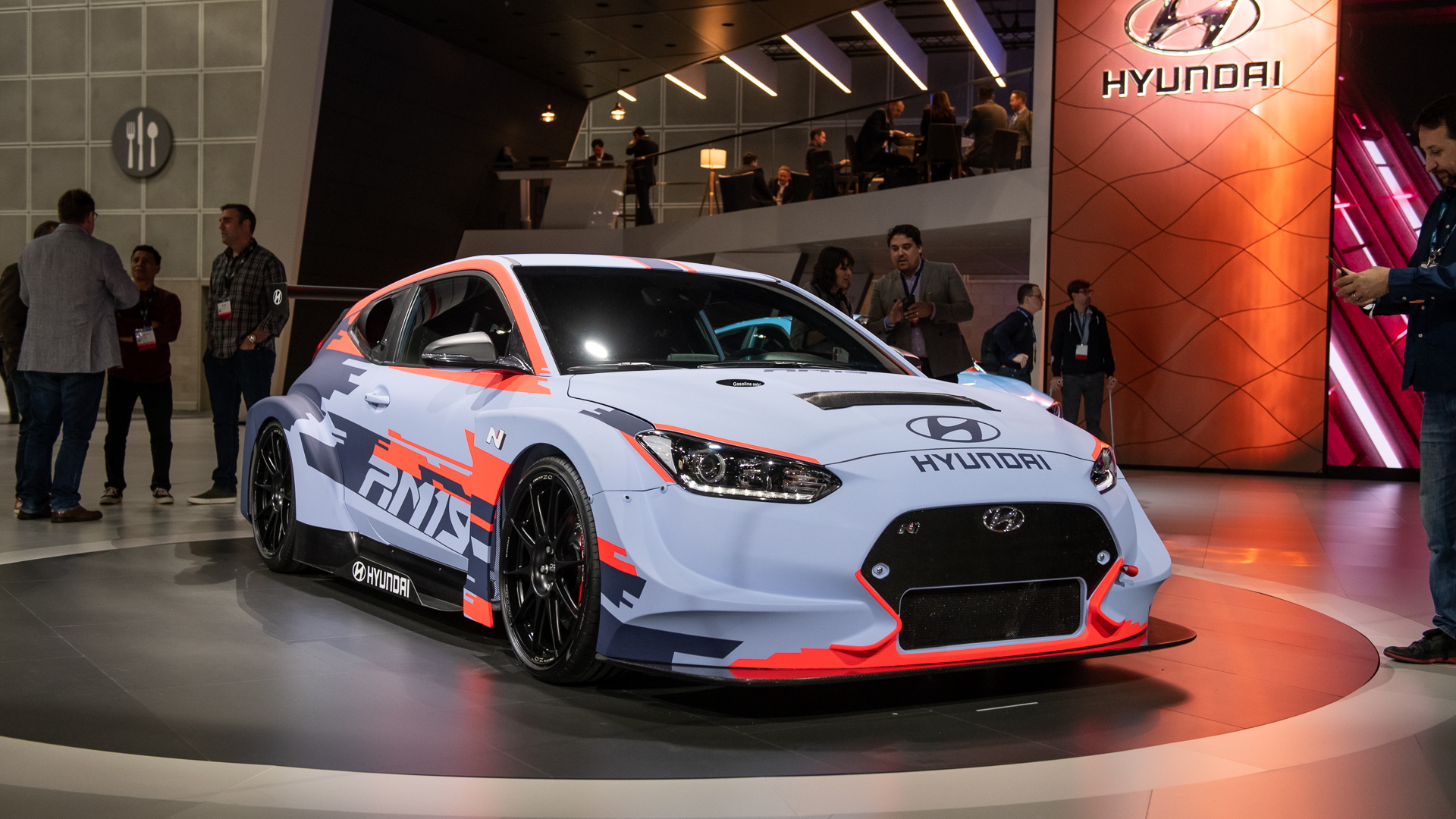 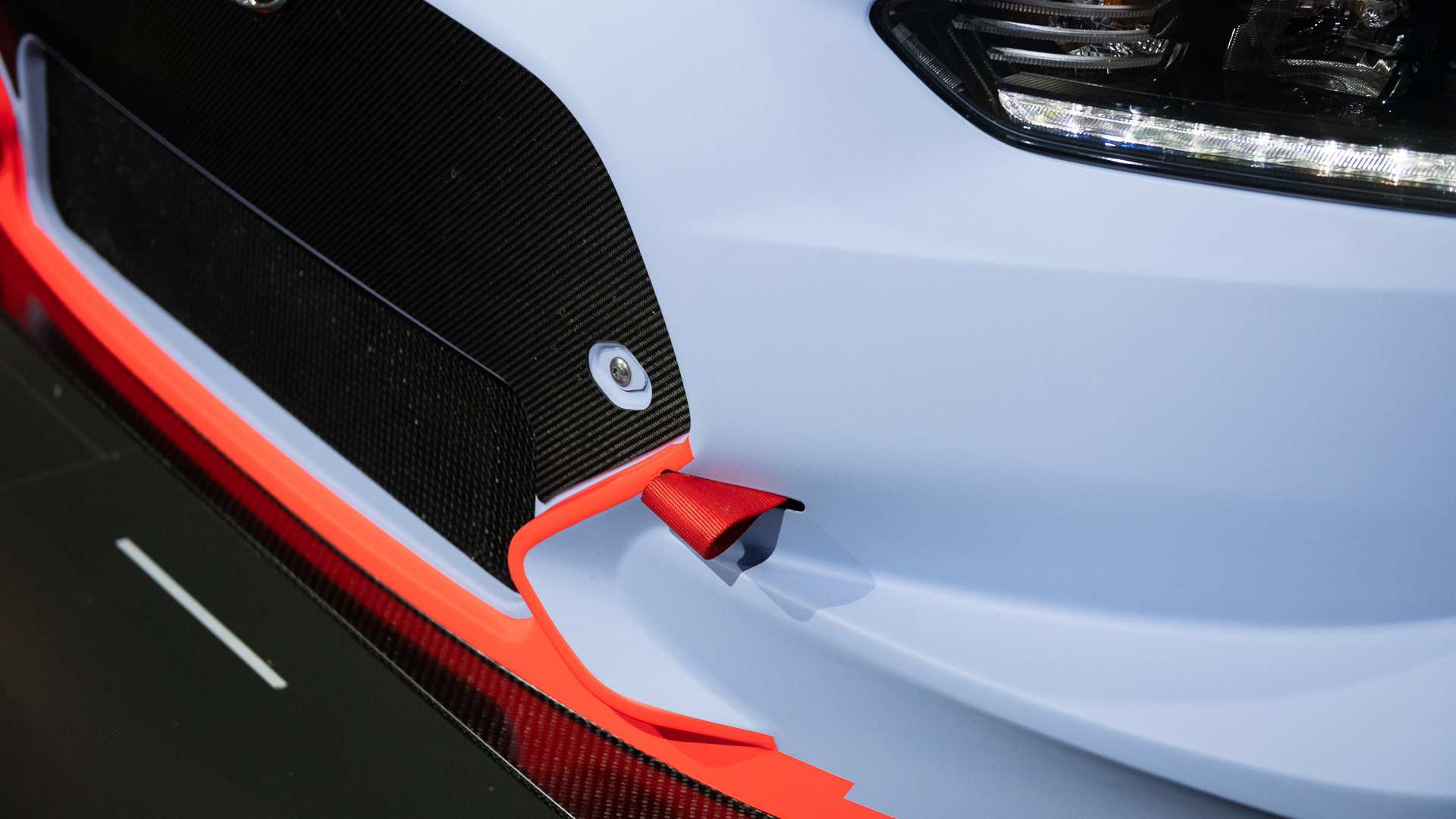 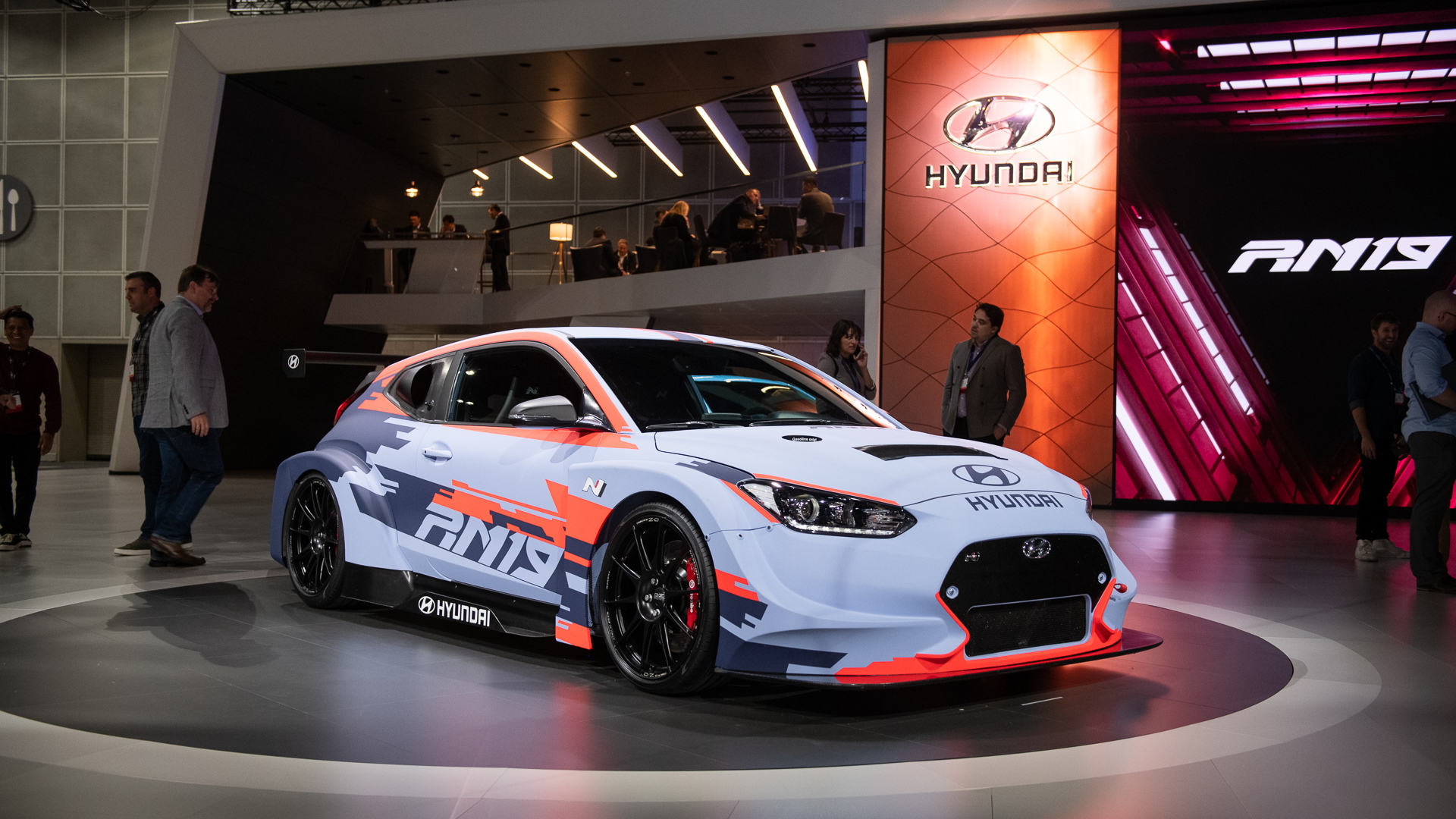 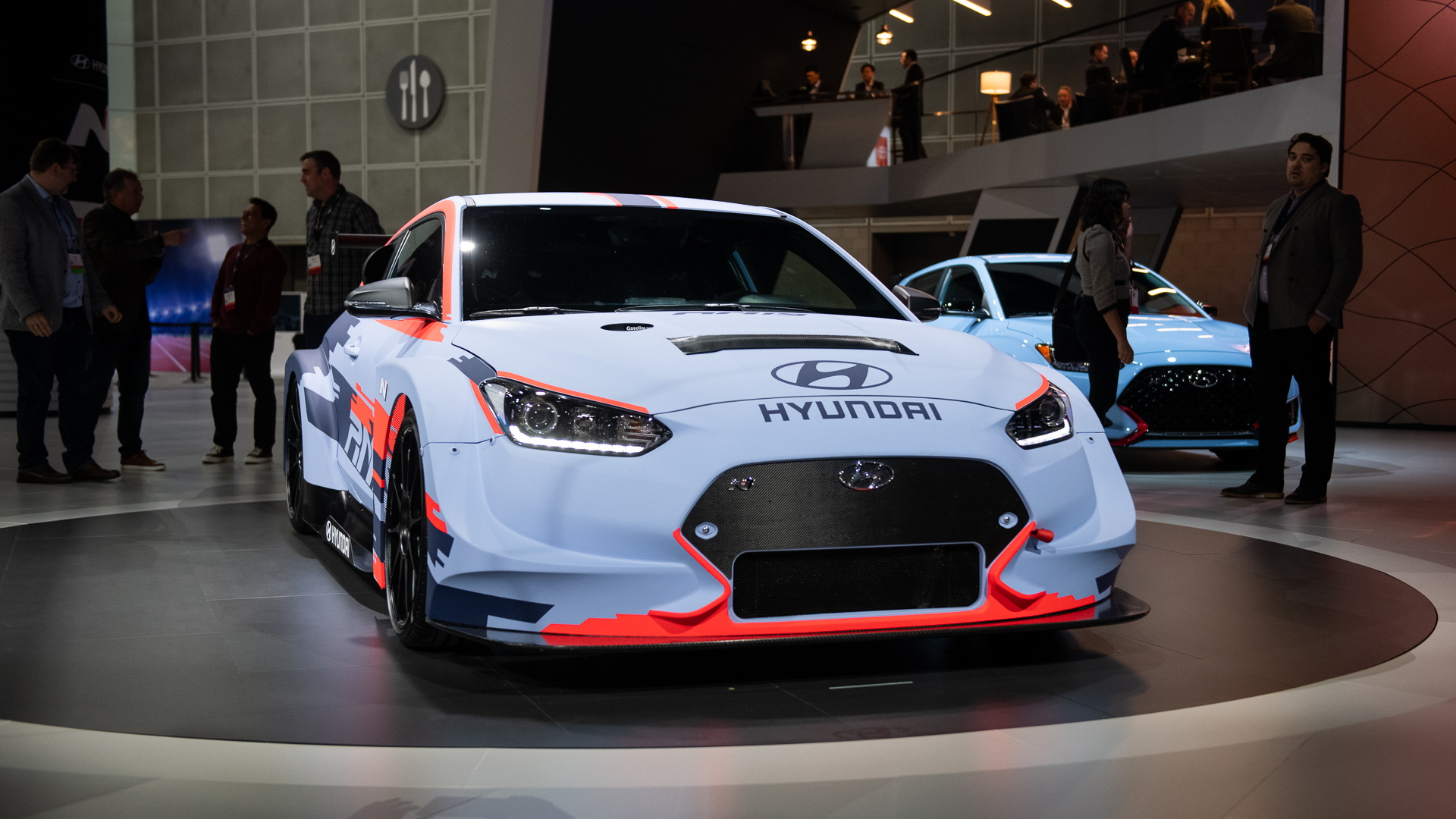 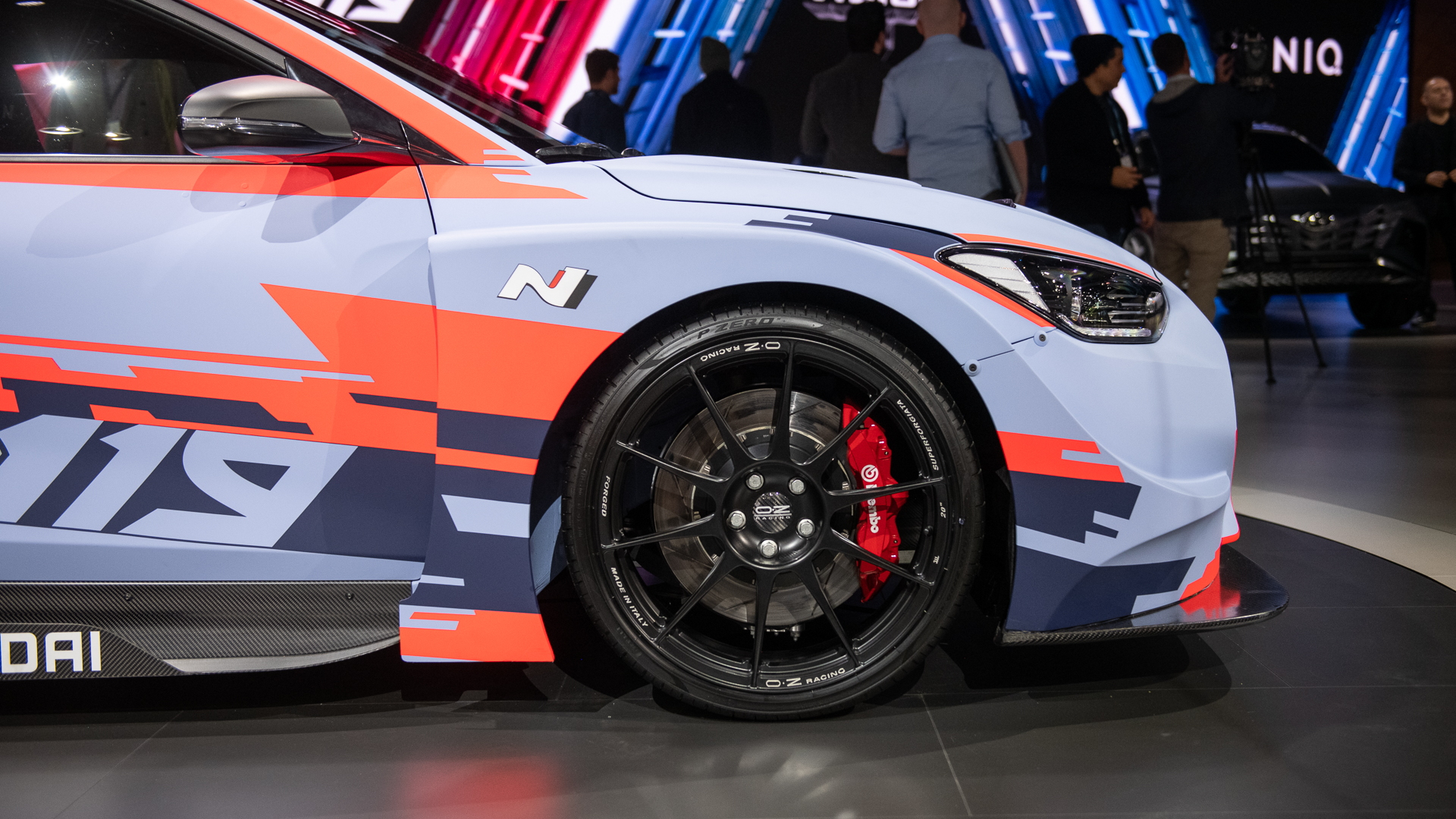 In the late 1970s, the Lancia Stratos found success in rally racing, due in part to the handling enabled by its mid-engine design. Renault wanted in on the action, so it turned its little R5 economy car into a mid-engine racing machine known as the R5 Turbo for 1980.

Suddenly, it's 1980 again, only the player this time around is Hyundai and the goal isn't a rally car but both a race car and a road car to act as a halo for the brand's performance-oriented sub-brand.

The RM19 uses the direct-injected and turbocharged 2.0-liter 4-cyliner from the Hyundai TCR i30 N race car tuned to make about 390 horsepower. It spins that power through a paddle-shifted racing-style 6-speed direct-shift gearbox, which sends it to the rear wheels.

While the TCR i30 N race car is a four-door hatchback, the RM19 appears as a two-door, two-seat version of the Veloster hatchback. Its body has rear ducts to cool the engine and a big rear spoiler and a massive rear diffuser for aerodynamic downforce. The car sits just 3.9 inches off the ground.

The RM19 is built around a steel body with an aluminum front subframe and a steel rear subframe. It has MacPherson struts up front and a dual-wishbone rear suspension with standard gas-filled shocks. Hyundai notes that the suspension has adjustable hard points, which could mean adjustable camber settings.

Hyundai says it has experimented with various front-to-rear weight balances, but hasn't divulged the current state of that ratio. It's like around 40/60, though the car has a "low polar moment of inertia," which means there is no engine to create centrifugal force at one end of the car.

The RM 19 rides on 20-inch forged alloy wheels, 8.5 inches wide up front and 11 inches wide in the rear that mount 245/30 front and 305/30 rear Pirelli P Zero tires. The prototype's stability control system is made for the racetrack and is not street legal. Brembo 6-piston front calipers and 4-piston rear calipers clamp down on discs of undisclosed sizes to provide stopping power.

The N brand stands for Namyang, the city in South Korea that is the home of Hyundai's global R&D center since 1995. Hyundai also makes a connection to the famous Nurburgring racetrack, where the company's N cars undergo 420-480 laps of testing over the period of a month.

While Hyundai hasn't said if it will actually build a version of the RM19 for the street, the company has invited Motor Authority to drive the car at its California proving grounds. It seems more than likely that an RM19 halo car is in the cards.

For more information from L.A., go to our dedicated hub.