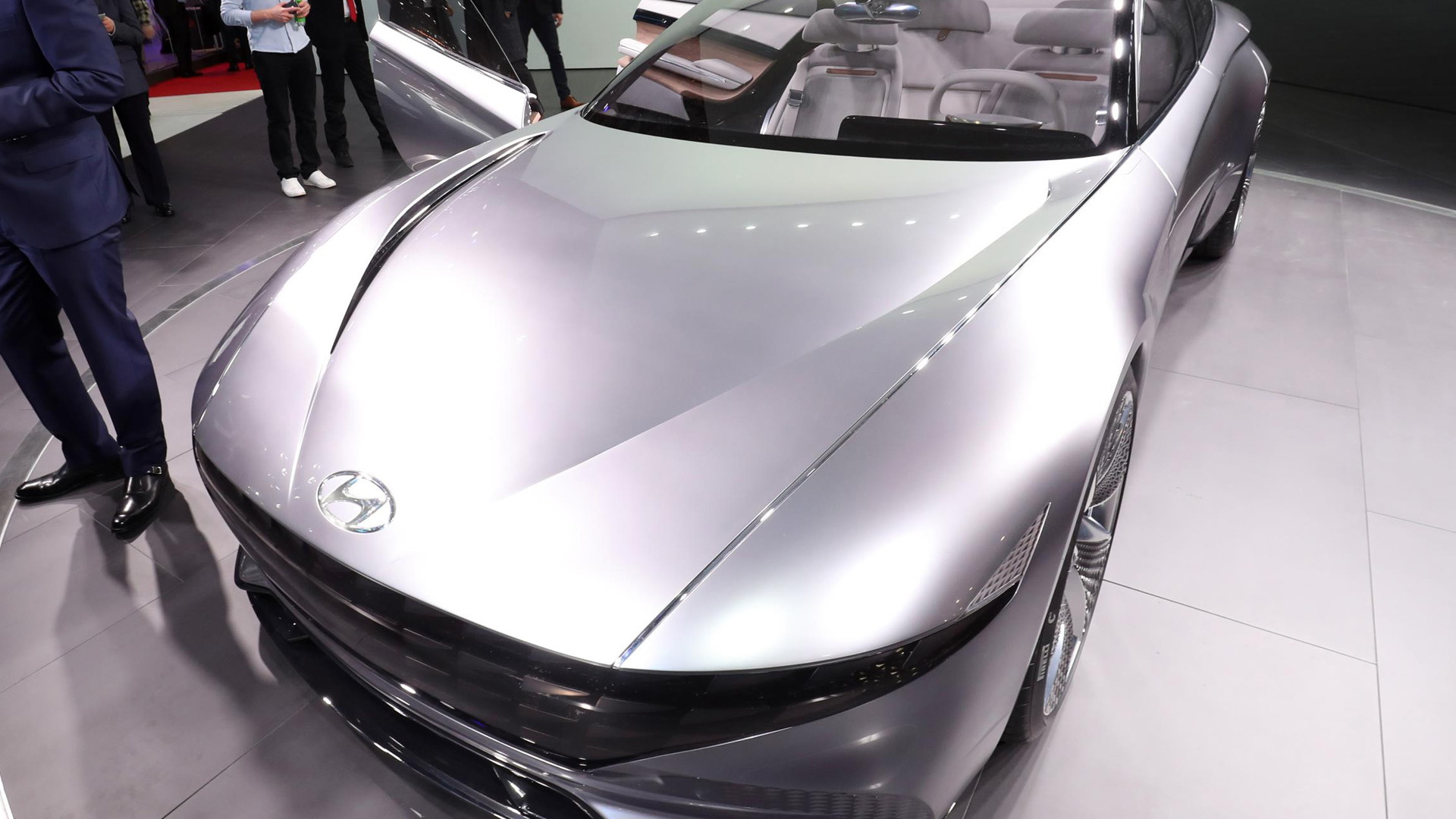 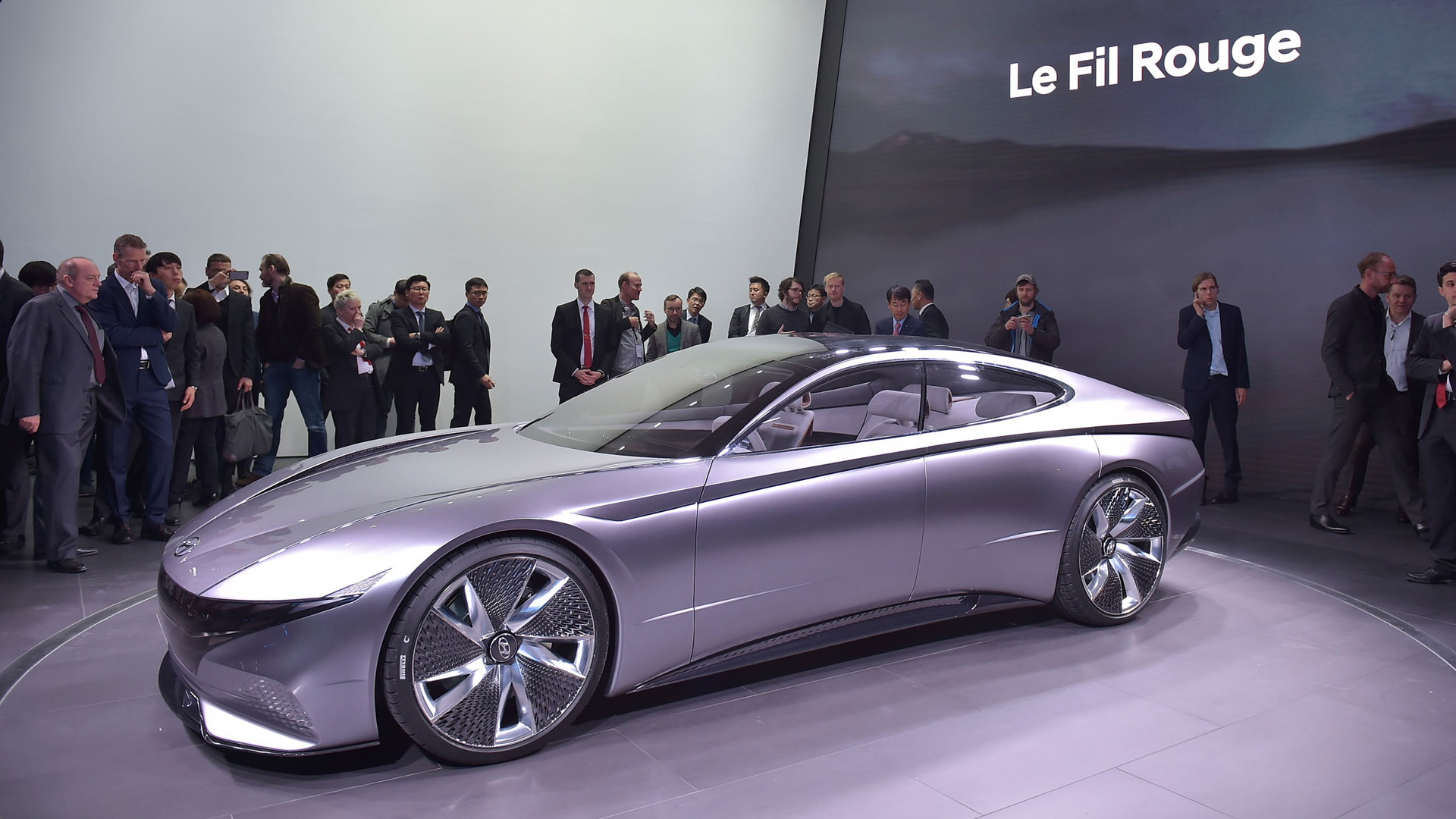 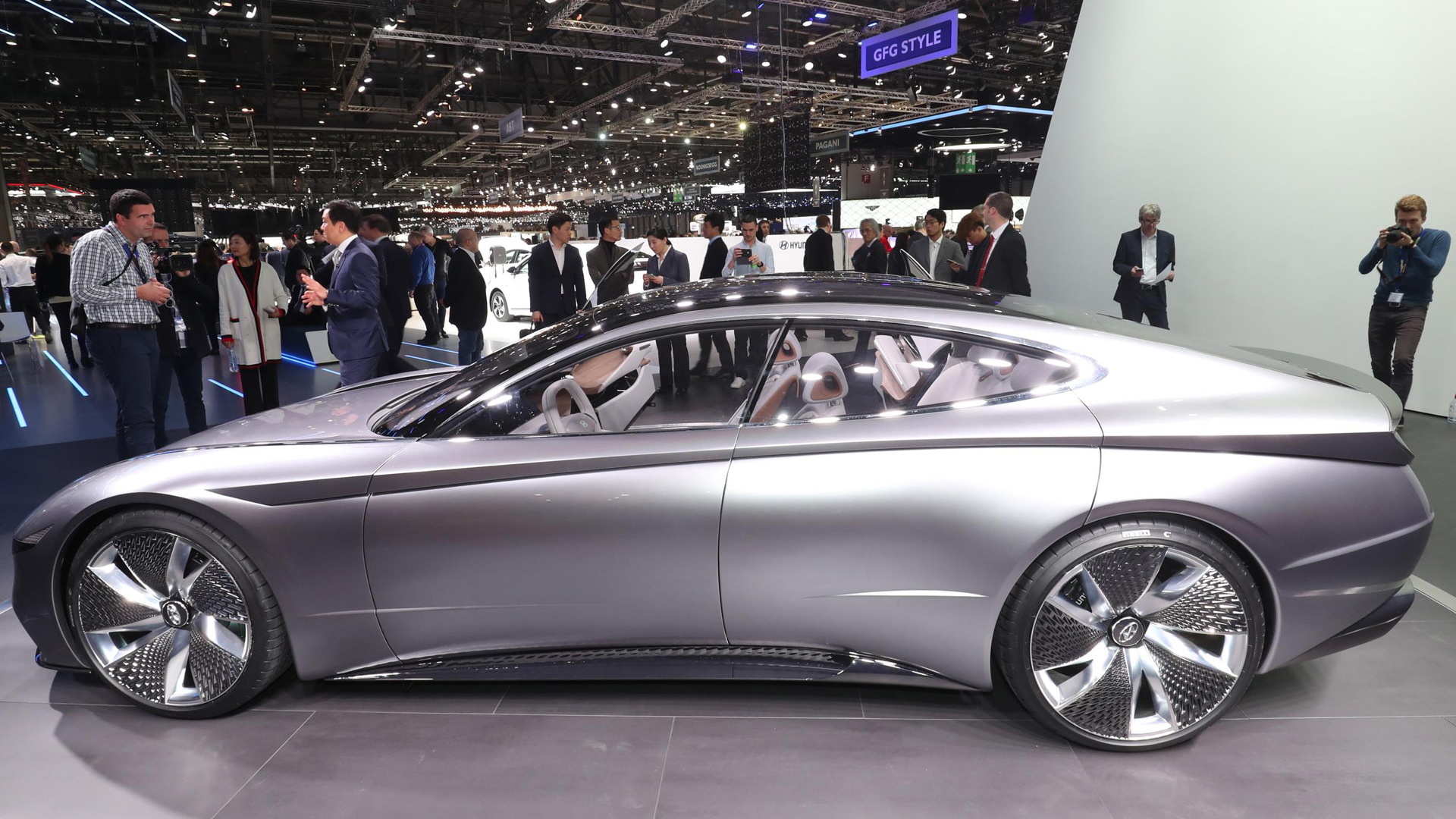 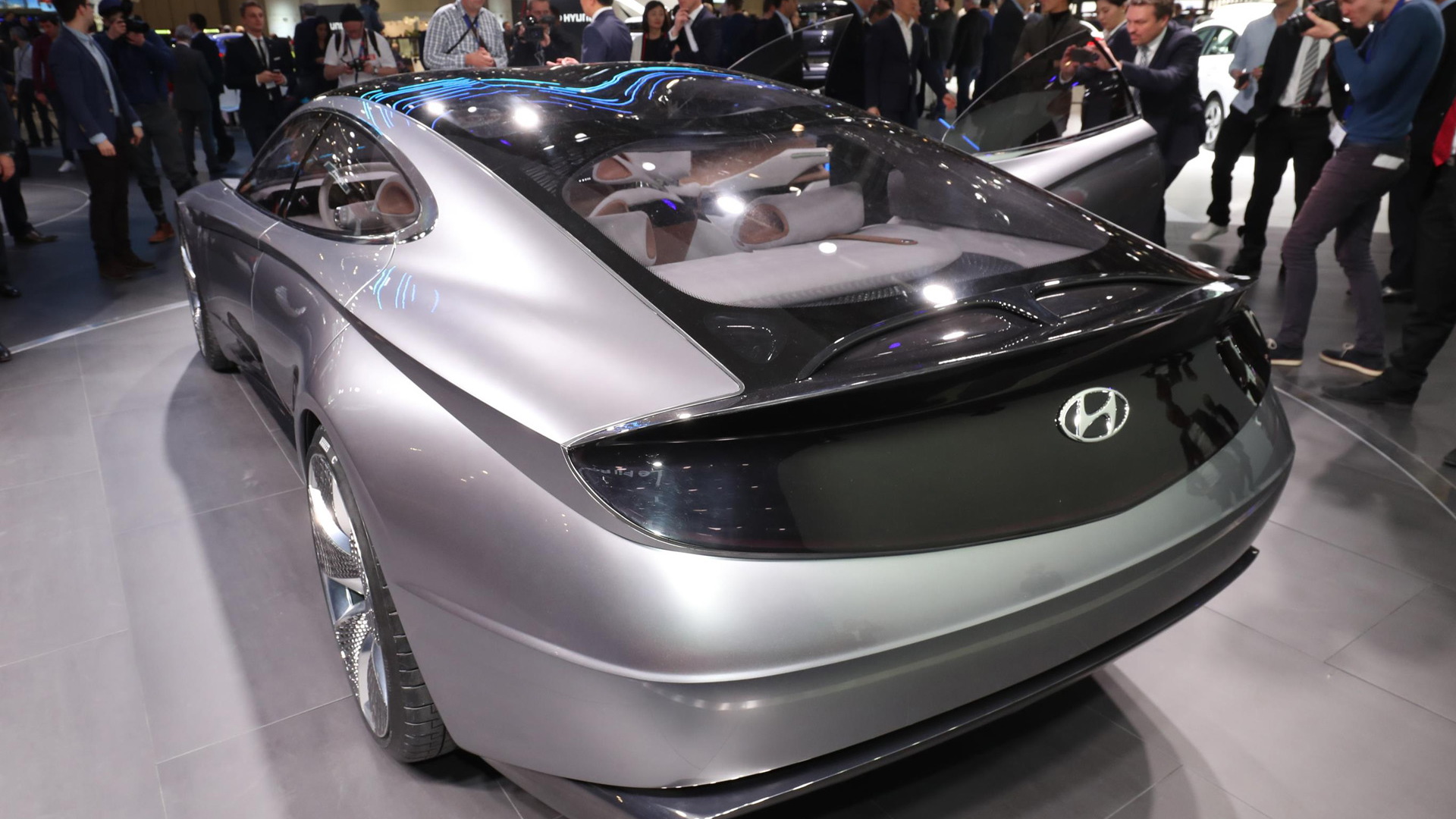 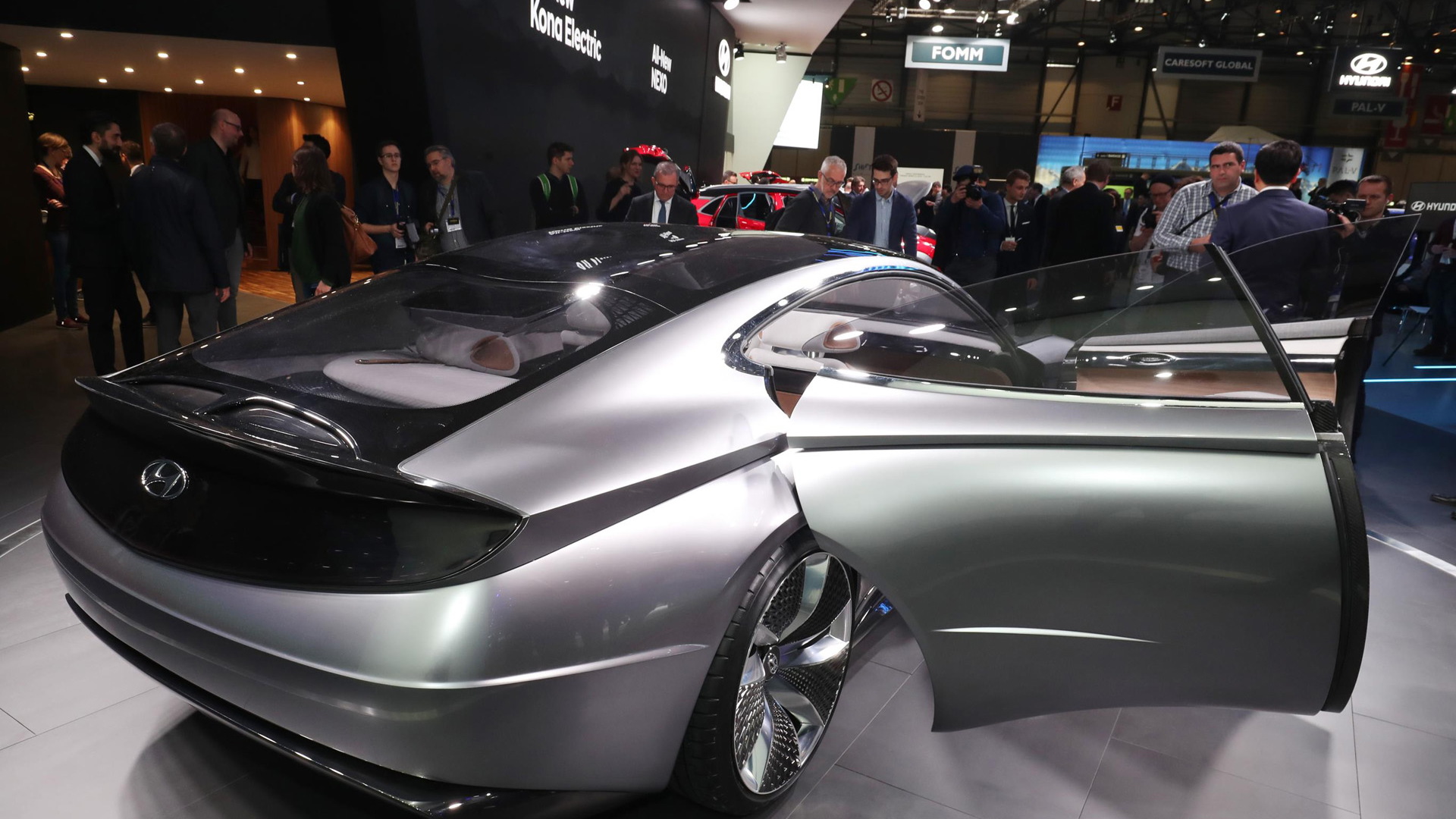 Anyone remember Hyundai's "fluidic sculpture" design language? It's over. Starting at the 2018 Geneva International Motor Show, the South Korean brand is launching a new style that focuses on "sensuous sportiness" and the Le Fil Rouge Concept is its pioneer.

The sleek sedan features a low nose, a long hood, and a fastback design. The rear doors blend into the haunches in a way that's eerily similar to Aston Martin's DB10. While up front, the grille spans the width of the fascia, and is perhaps the element of the Le Fil Rouge that's most likely to arrive on a production vehicle. The wheel arches blend into the hood, giving it a pair of powerful lines.

The fastback rear window ends in a large duck-bill spoiler and is beautiful and aggressive. But it's hard not to look at the kammback tail and see elements of the old Acura TL. The prominent rear bumper, which seems to cradle the trunk lid, exacerbates that resemblance. A large diffuser is the final element to a rear that feels confused about what kind of style it's trying to express.

In the cabin, there's a pair of displays on hand. The first spans the driver's area and sits behind a square steering wheel. A high center tunnel feels unnecessary, since the shifter is almost certainly electric, but bisects the front seats and creates a cockpit-like feel for the driver and front passenger. It runs the length of the cabin and integrates into the rear bench where it serves as an arm rest and a small command center for the displays mounted on the front seatbacks; this is a solid 2+2 vehicle over a mostly flat floor.

Hyundai's decision to choose light leathers and fabrics, large swaths of light wood, and limited use of metal gives the Le Fil Rouge's cabin a Swedish aesthetic, despite its French name, South Korean badge, or Belgian design boss, Luc Donckerwolke. We doubt this particular style will see production, so we'd instead suggest watching how the concept cabin's shapes influence production, rather than its trimmings.

According to Hyundai, the Le Fil Rouge and the design language it's introducing will serve as the basis for all next-generation models from the automaker.