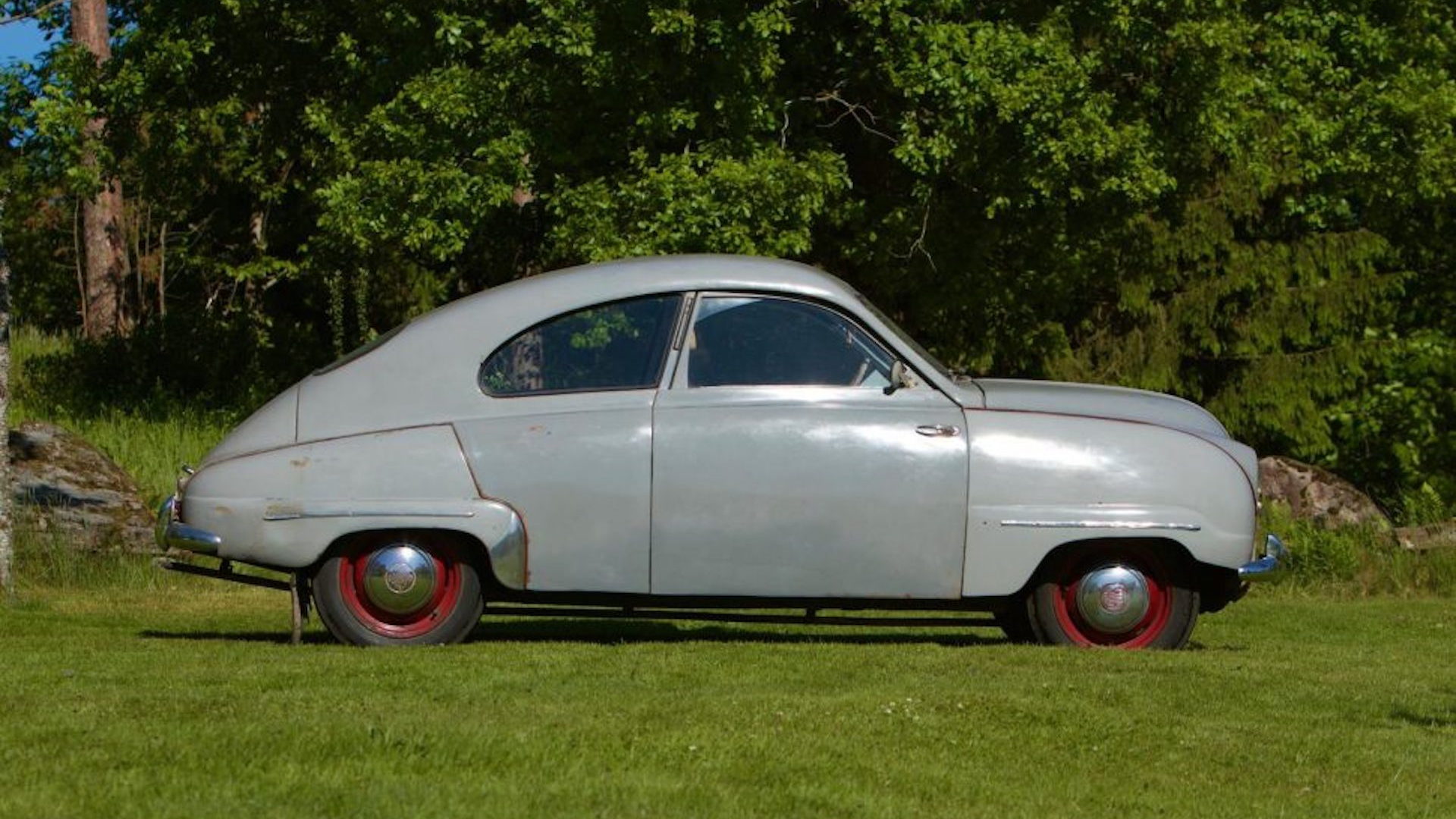 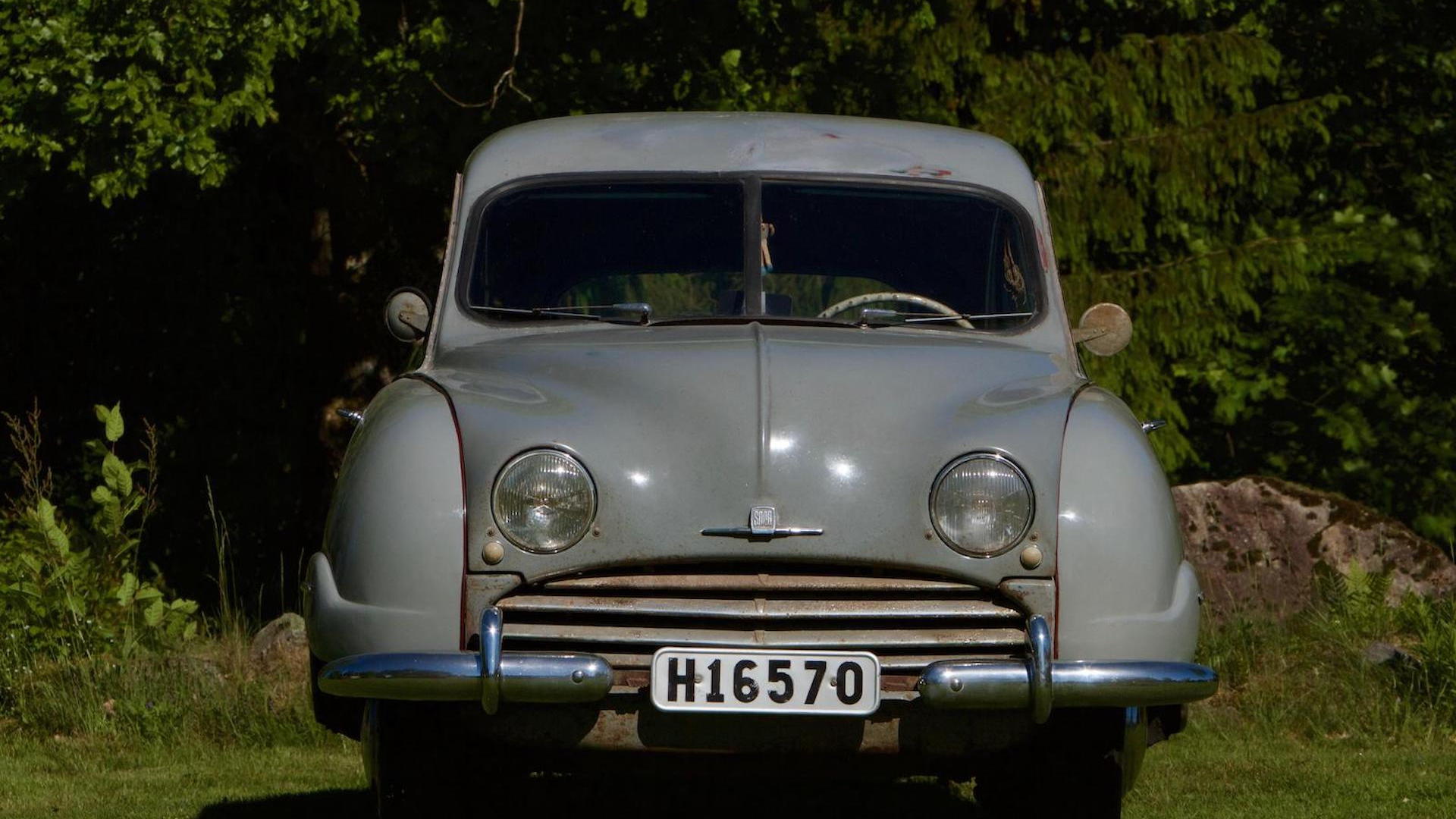 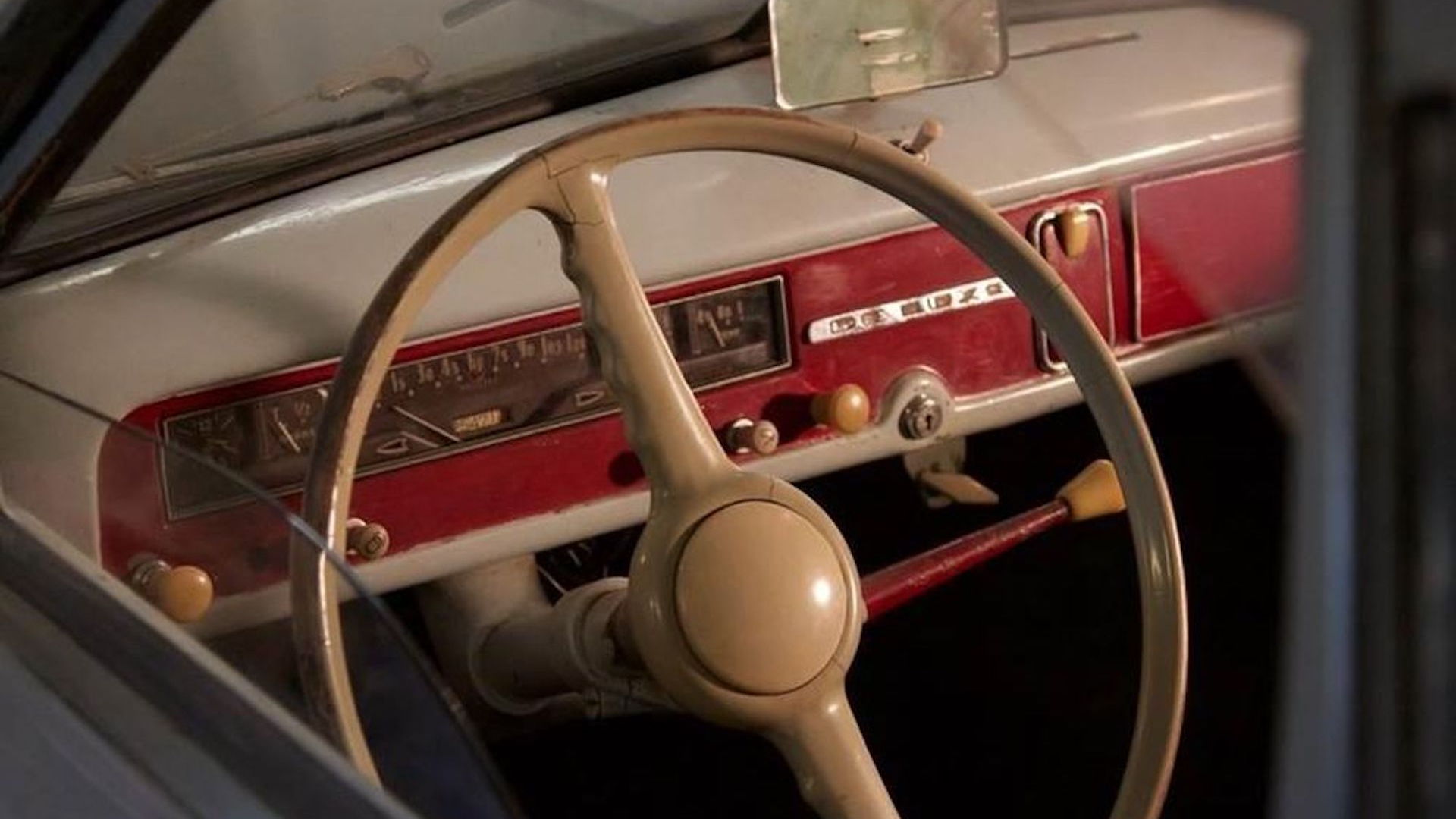 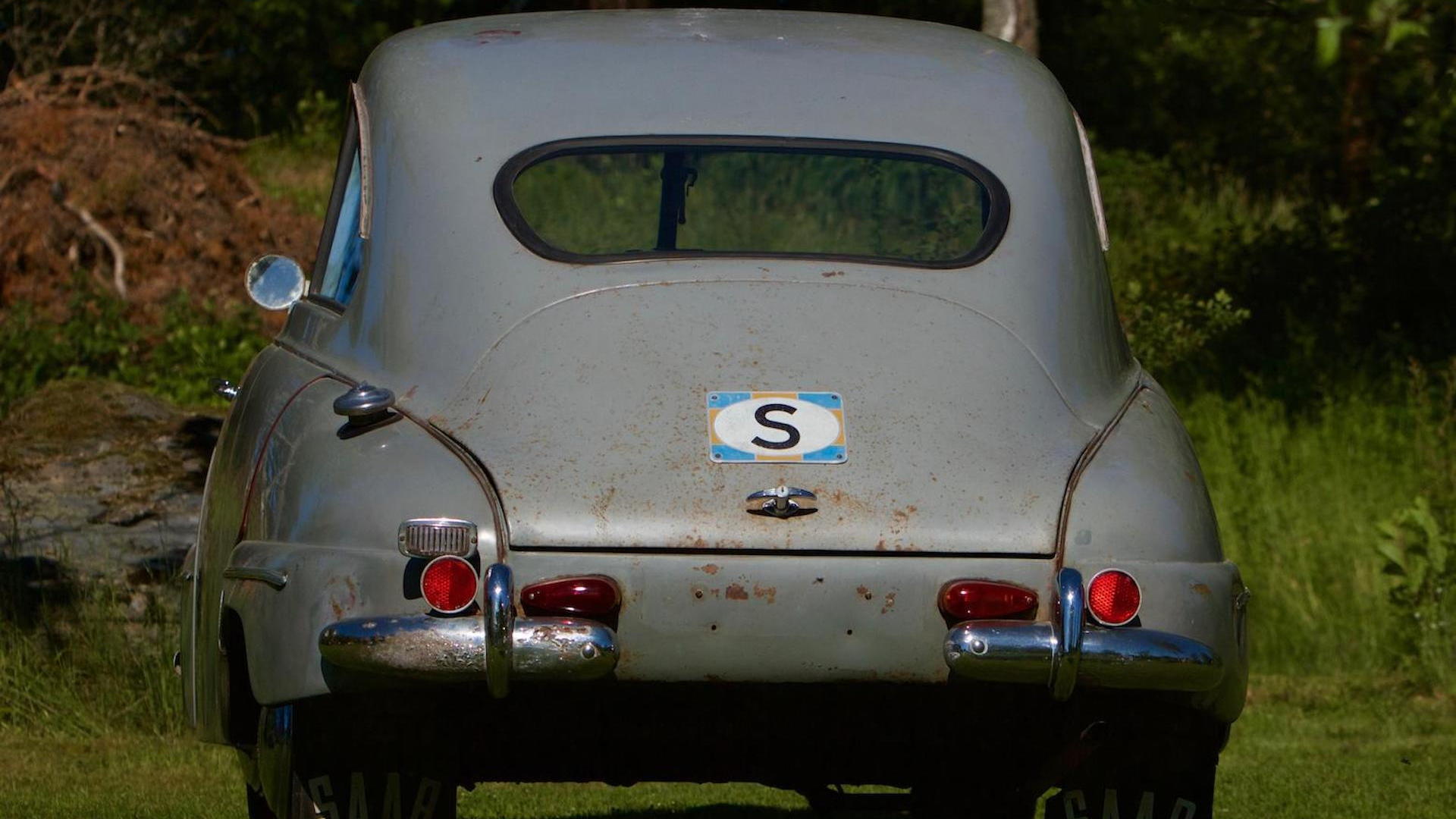 Saab's automotive days may be behind it, but that doesn't mean enthusiasts and collectors at large have forgotten about the quirky Swedish marque. In the middle of the last century, Saab was a fledgling automaker, and this was one of its first cars: a 1949 Saab 92. Now, it's heading to a Bonhams auction in Chantilly, France.

Avid Saab fans will note this is not one of the first mass-production Saabs, but, in fact, a prototype. Saab built 20 prototype 92s after the very-first Saab, the 92001, and the production 1950 Saab 92. This Saab 92 is one of three known to remain. The prototype 92s also featured a handful of differences from the first production Saab 92s. For instance, this car has a larger rear window and trunk lid opening. These two tweaks wouldn't arrive until the 1953 Saab 92.

As it stands, the prototype is almost all original, though it was painted gray at some point in its life. The original green color can still be seen in a few areas. It spent nearly 20 years of its life in barn storage until it was sold to its current owner in 1997. Only the tires have been replaced and the front wings were renovated. Other than that, this is as original as it gets.

The 1949 Saab 92 will cross the auction block on September 10 with no reserve. Bonhams estimates the car will sell for only $30,000, which seems like a real bargain for a rare piece of history like this.