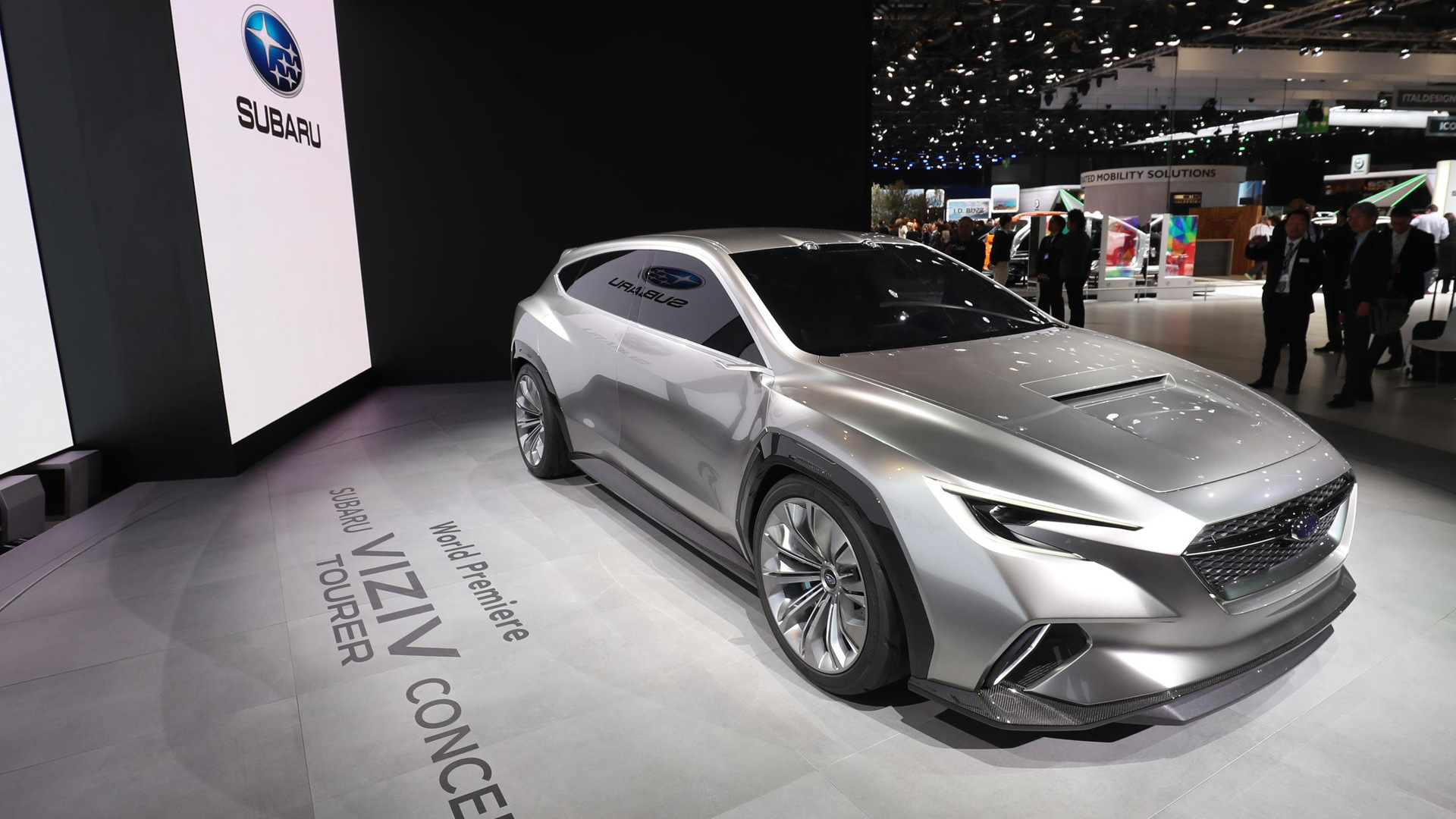 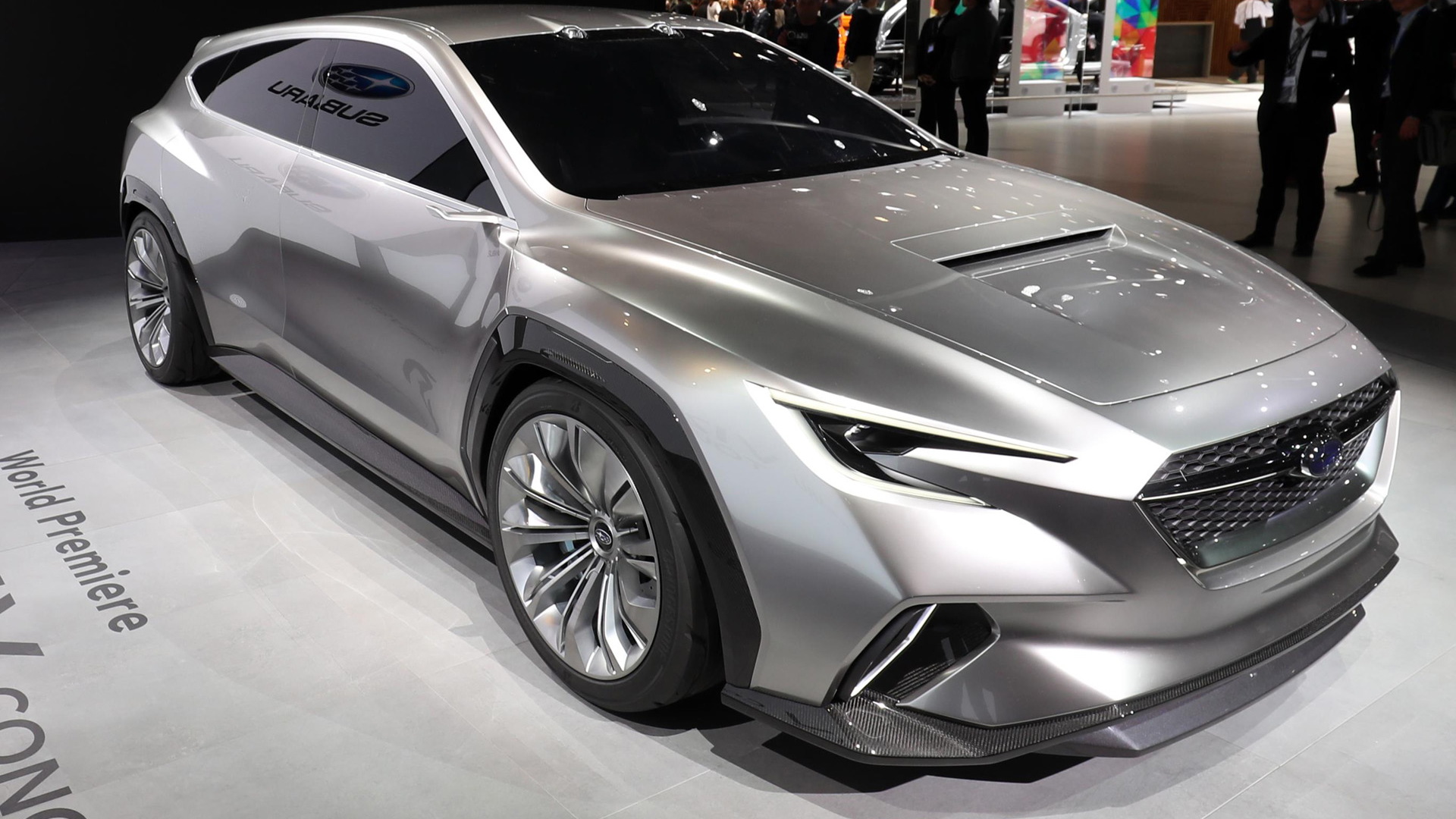 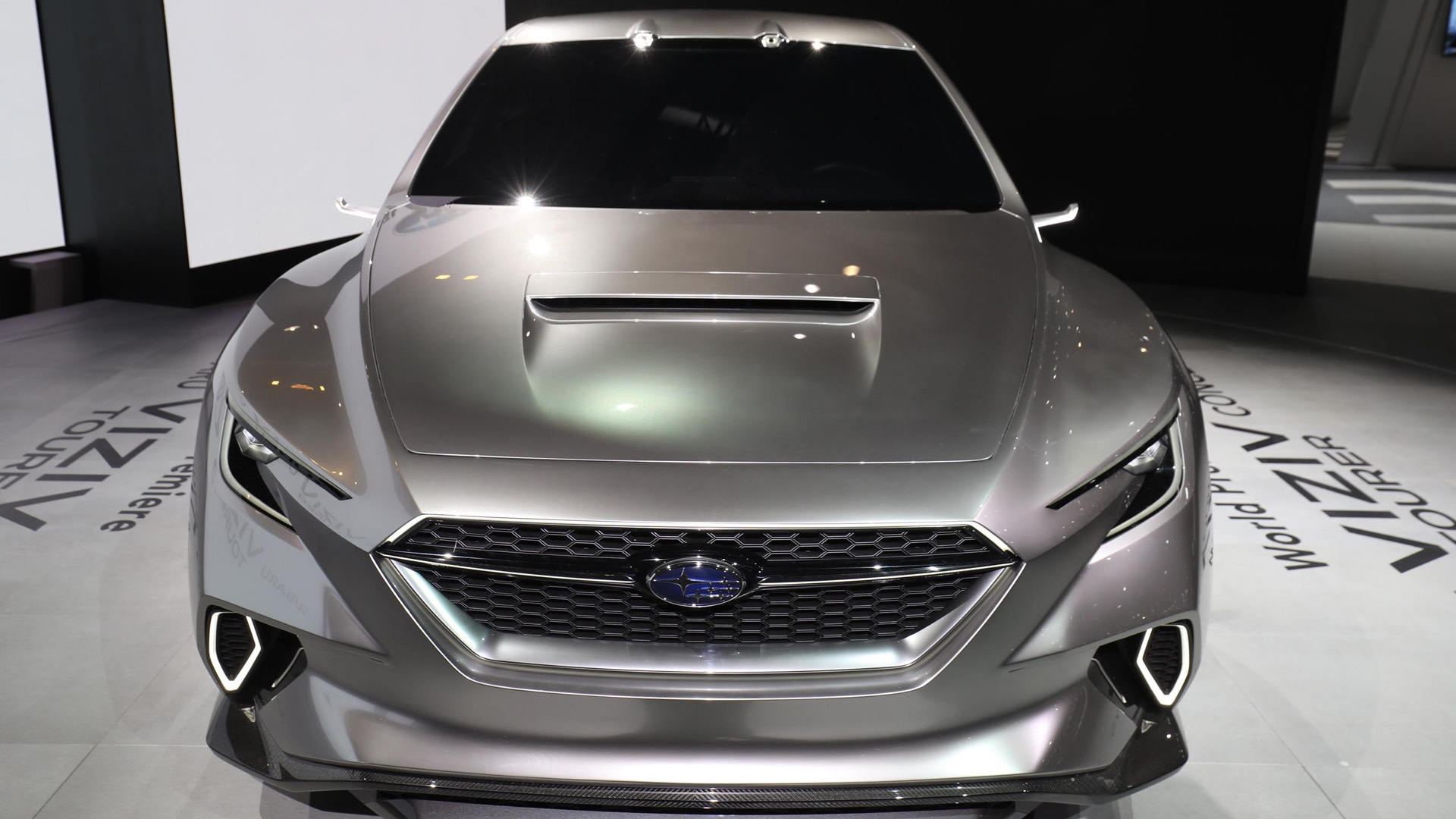 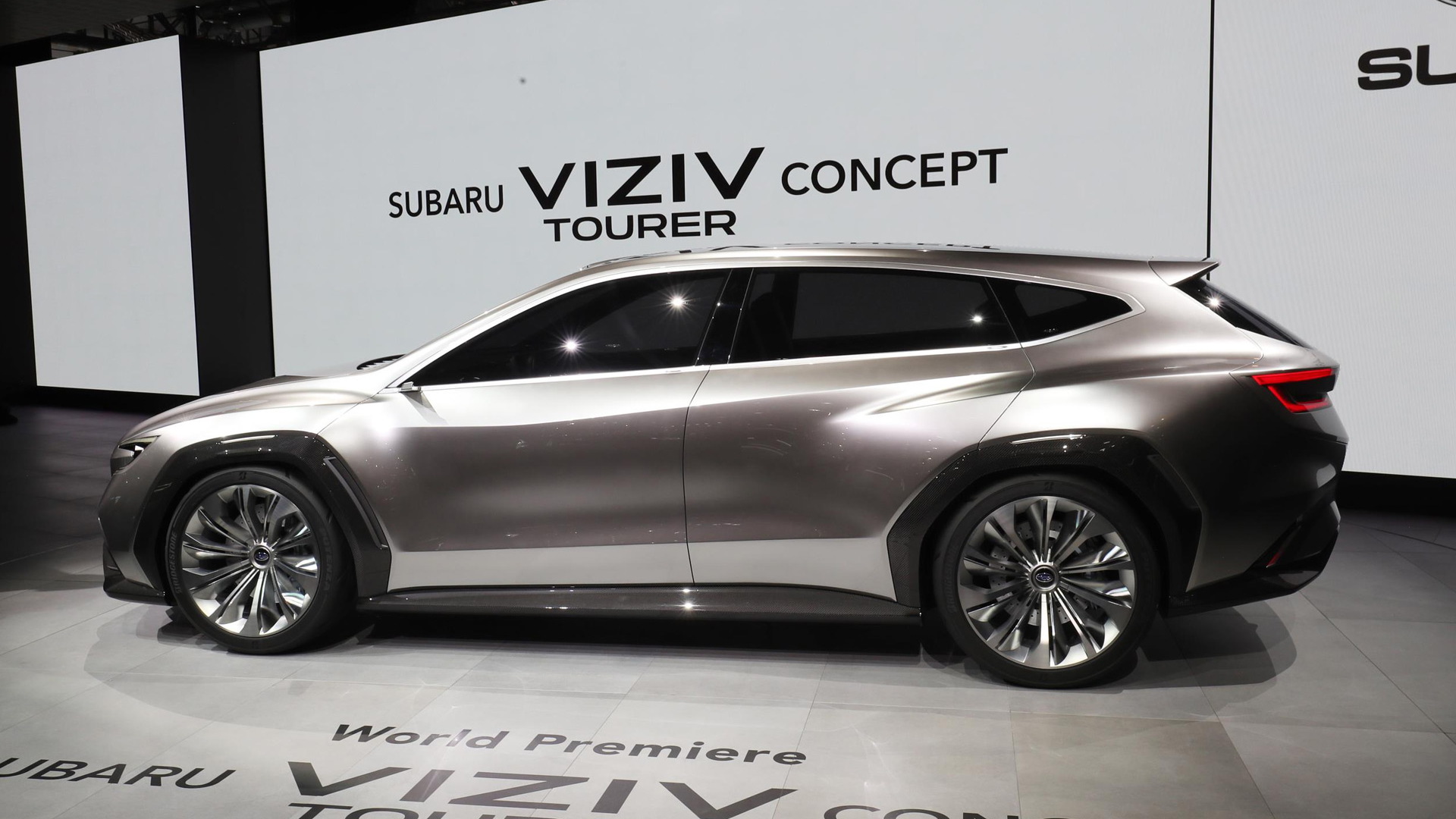 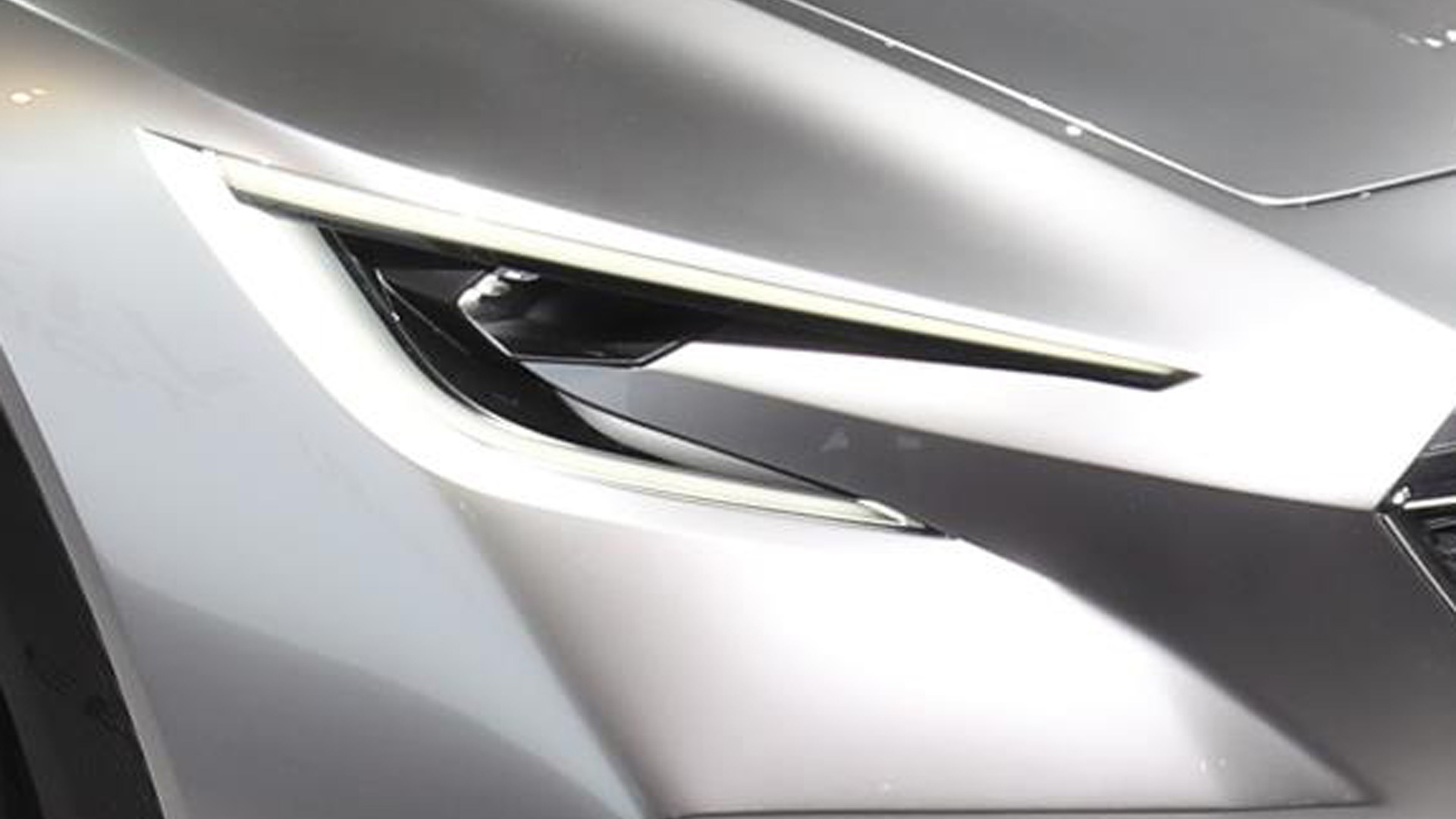 It wouldn't be an auto show if Subaru didn't bring a lusty concept to the floor.

On Tuesday, the automaker unveiled the Subaru Viziv Tourer concept as a preview for future long-roof designs.

The Viziv Tourer is slightly more compact from head to toe than the current Subaru Outback, although the concept is almost three inches wider and nearly a foot lower. There's a good chance it's a preview of a new Levorg for markets outside the United States. The current Impreza-based Levorg was introduced in 2014 so will be in need of replacement soon.

The concept's aggressive shape is punctuated by a sharp beak, barely there headlights, and a hood scoop, all of which have questionable futures in the automaker's plans for a production car.

What will likely feature on a future production model? Subaru's evolved hexagonal grille, arched front and rear fenders, and some semblance of cladding around the wheel wells. (Take a peek at the new Crosstrek and it's clear that Subaru is playing with textures.)

Subaru is tight-lipped about what's under the hood, but made clear that the concept would have a boxer engine despite reports the automaker may drop the horizontally opposed cylinder configuration.

Those horns on the windshield? That's part of the automaker's suite of advanced safety gear, called "EyeSight." According to Subaru, the Viziv Tourer is full of EyeSight gear to improve safety, but also potentially take the wheel on long trips.

The rest is up for interpretation. It's clear that Subaru doesn't want to lose wagon buyers to SUV-crazed consumers. It's also clear that Subaru has plans for improving its EyeSight safety system, something that may come to fruition first before a production version of this wagon.

For more from the Geneva auto show, head over to our dedicated hub.

(TIL: "Viziv" is a portmanteau from "vision" and "innovation")