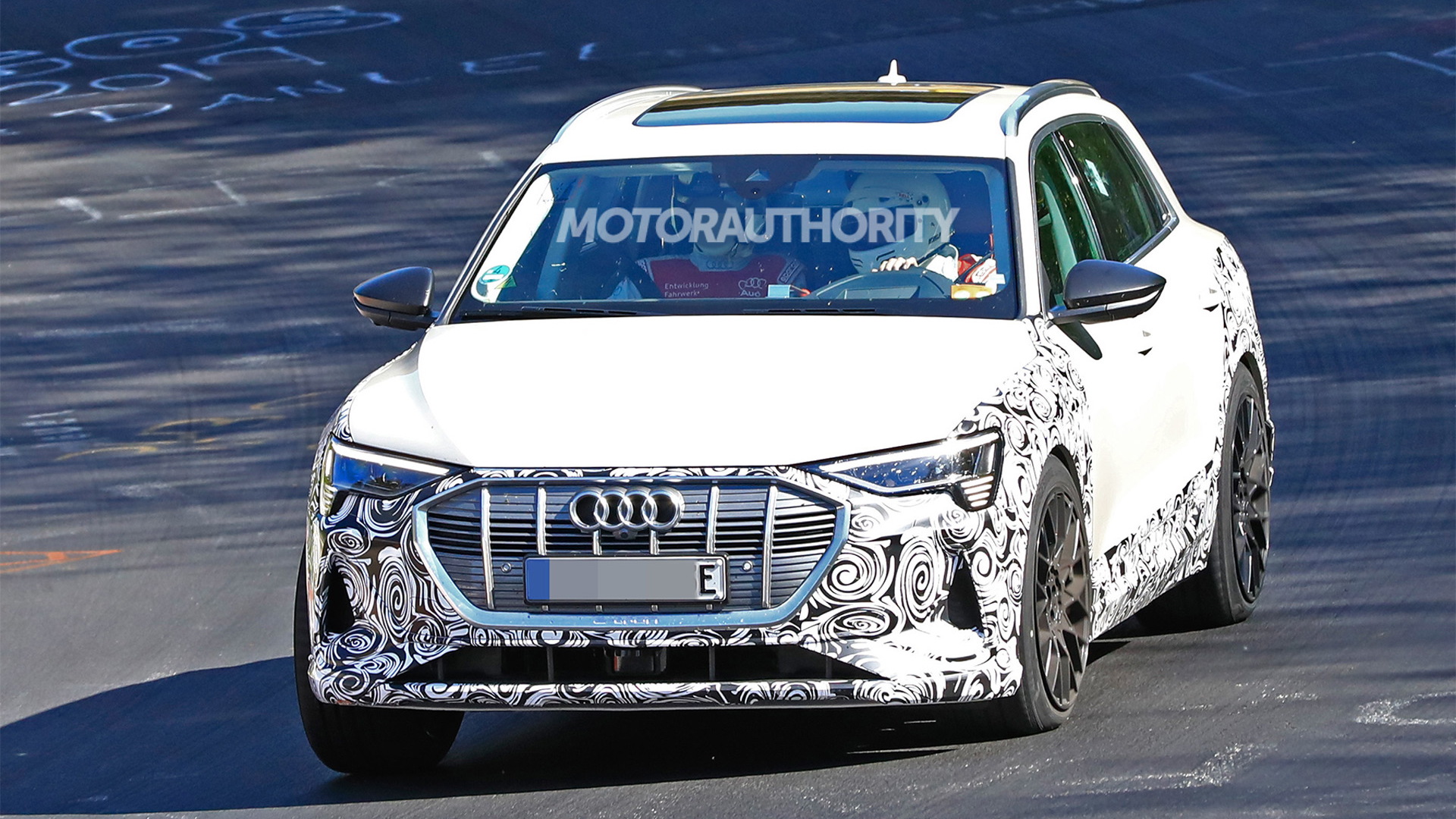 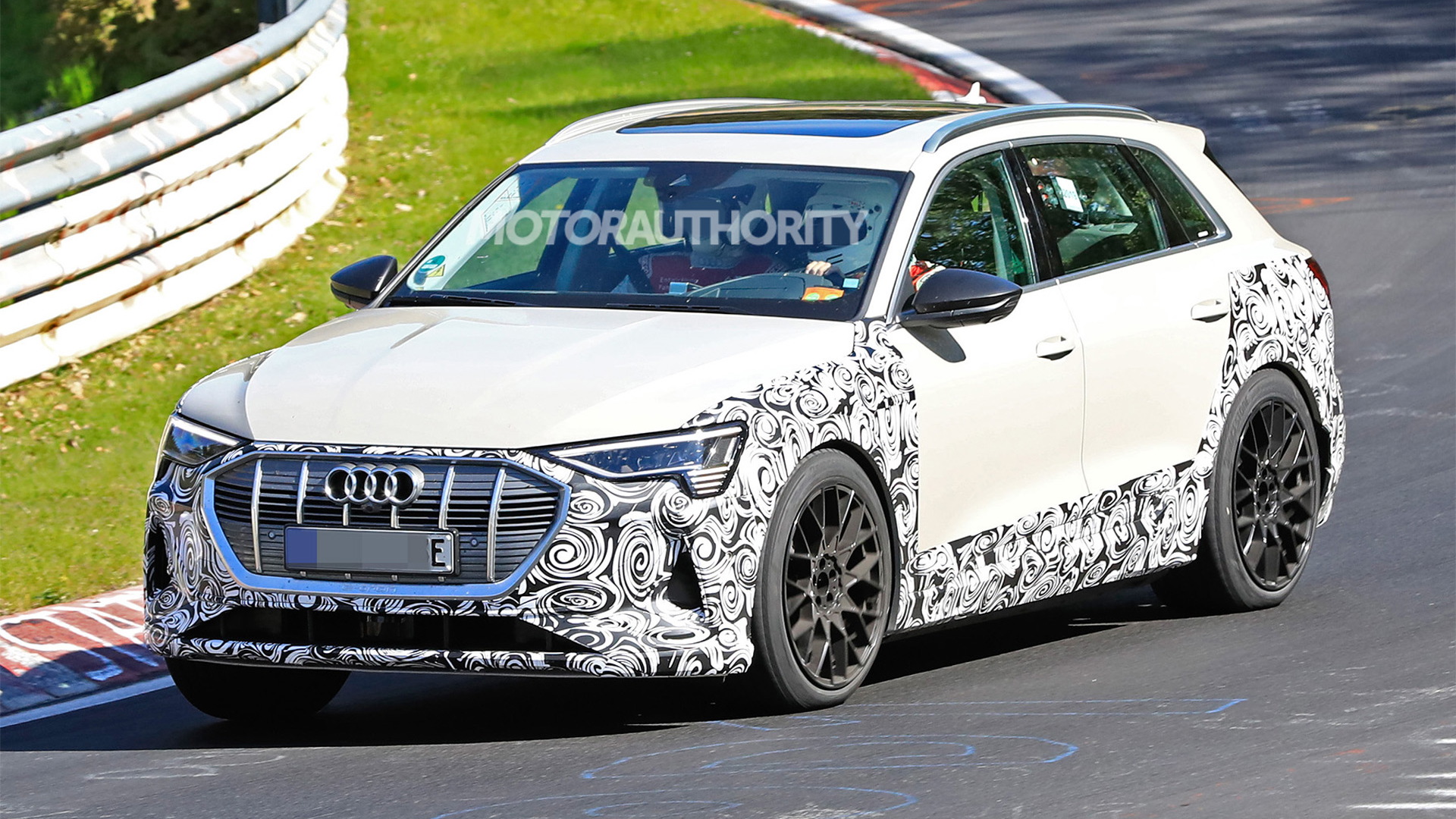 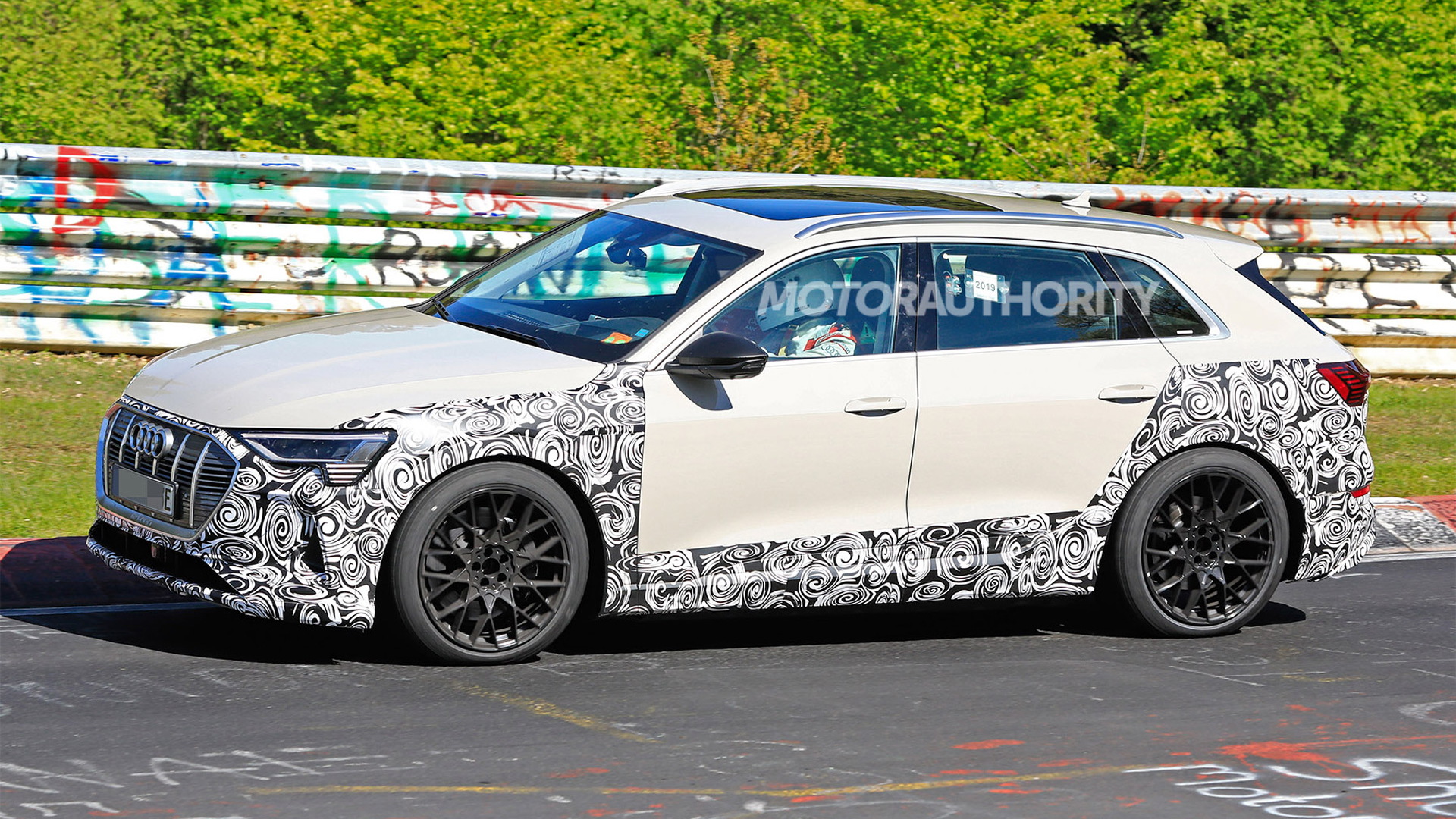 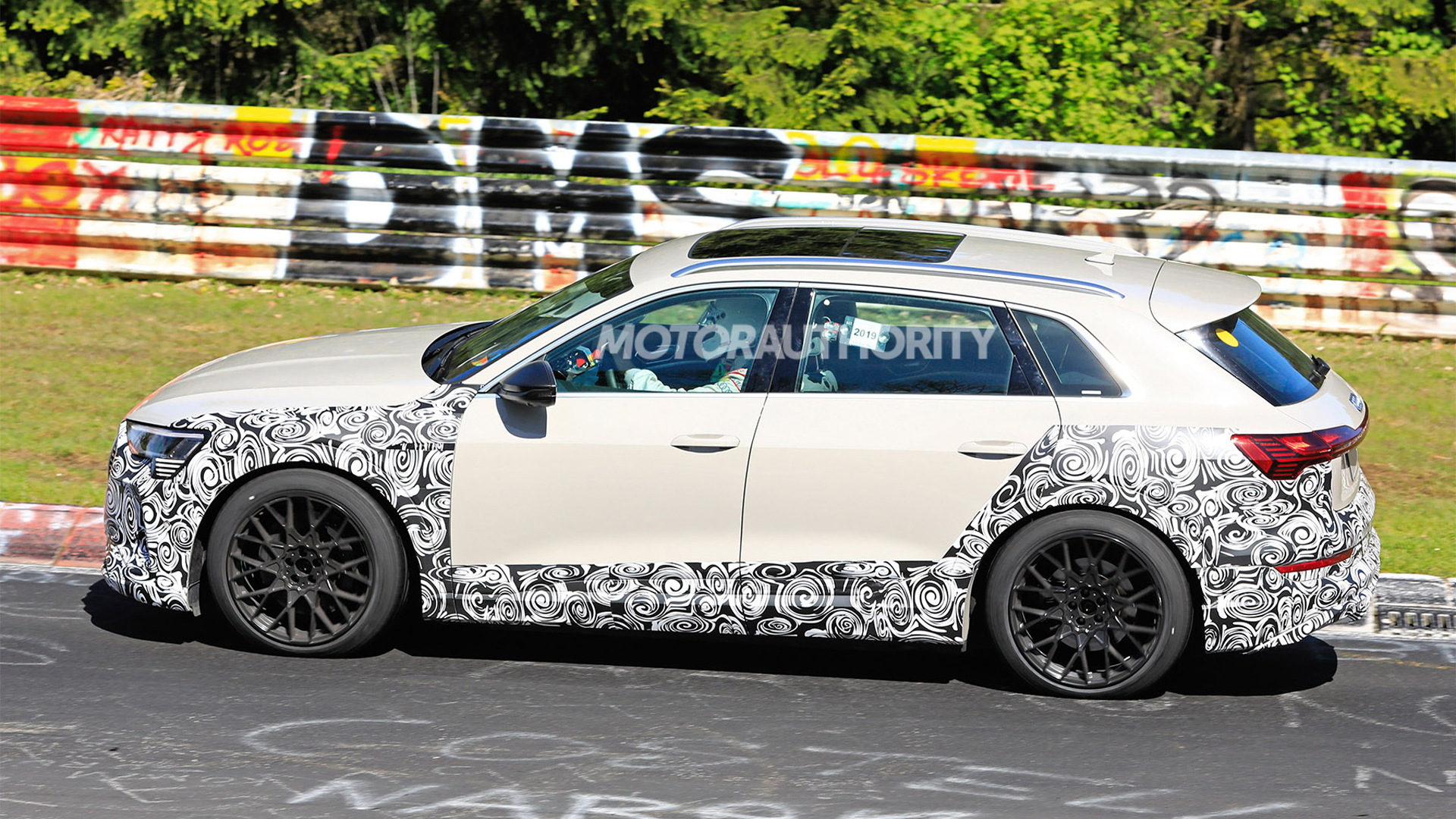 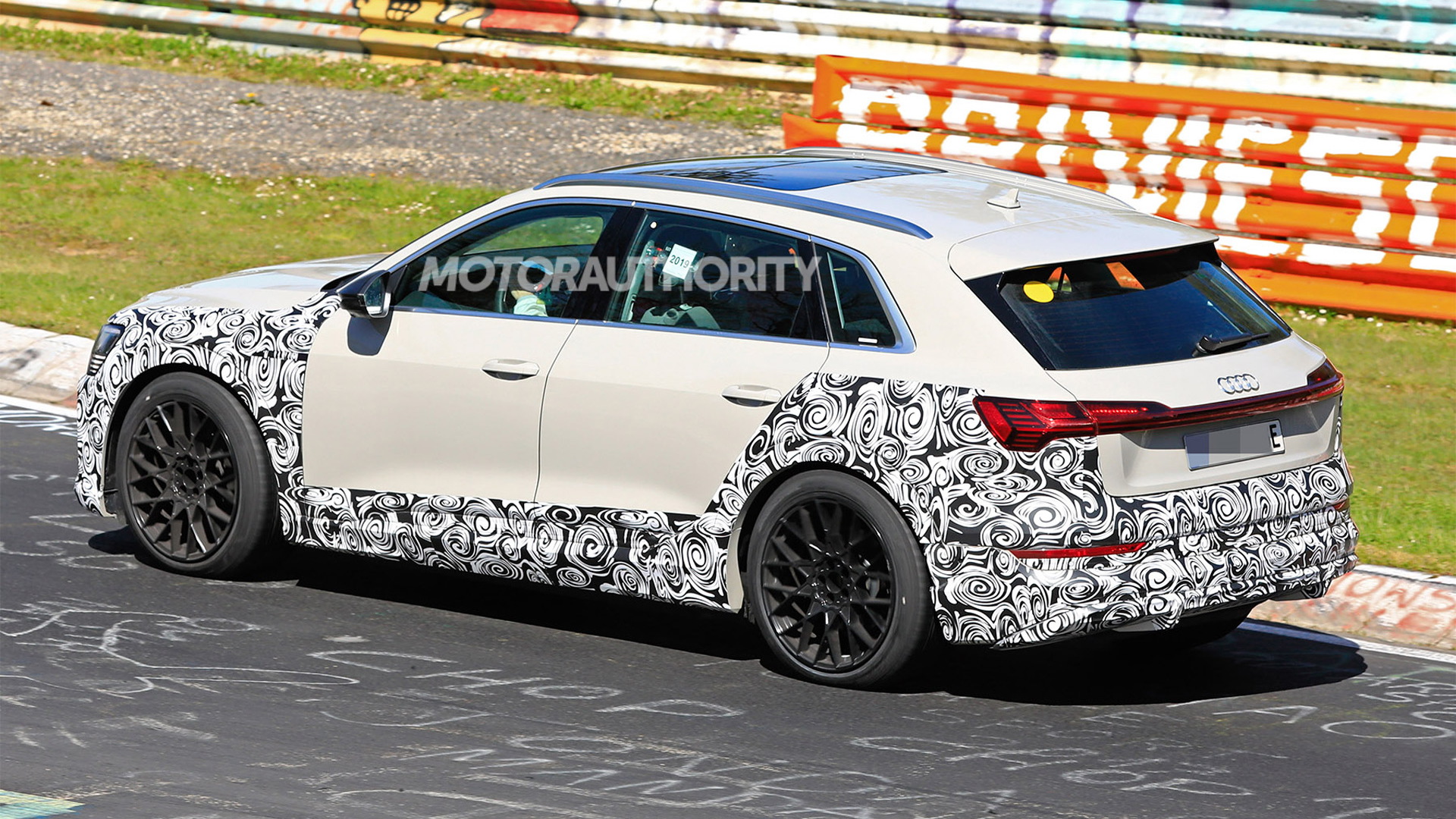 Audi's first volume EV went on sale last year in the form of the 2019 E-Tron SUV, which is already winning plenty of accolades.

But the automaker is hard at work developing a faster, performance-oriented version of the E-Tron that we should see later this year. This new model is the E-Tron S, prototypes for which have been spotted at the Nürburgring and on some of the German racetrack's surrounding roads.

An E-Tron S Sportback is also coming, a prototype for which we tested in February.

The prototype shown here may look like a standard E-Tron but if you look a little closer you'll notice some changes that hint at it being a performance offering.

The powertrain will be a tri-motor setup, with one motor up front and two at the rear. To boost efficiency, it will only use the rear motors during highway driving. But at peak performance the setup will deliver 496 horsepower and 718 pound-feet of torque.

By having two independent motors at the rear, Audi will be able to precisely vary torque between the rear wheels. At the front, standard brake-based torque vectoring is relied upon.