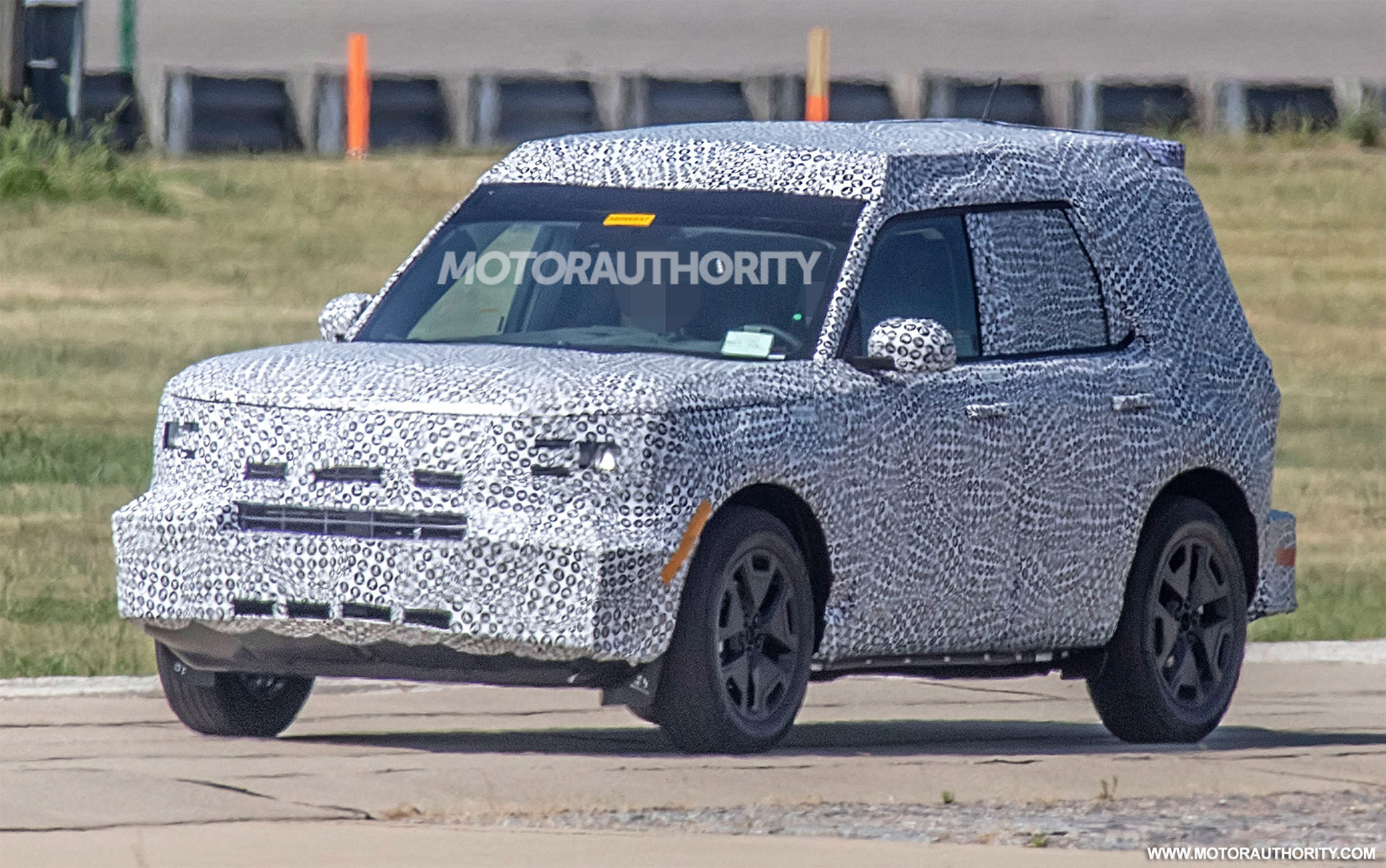 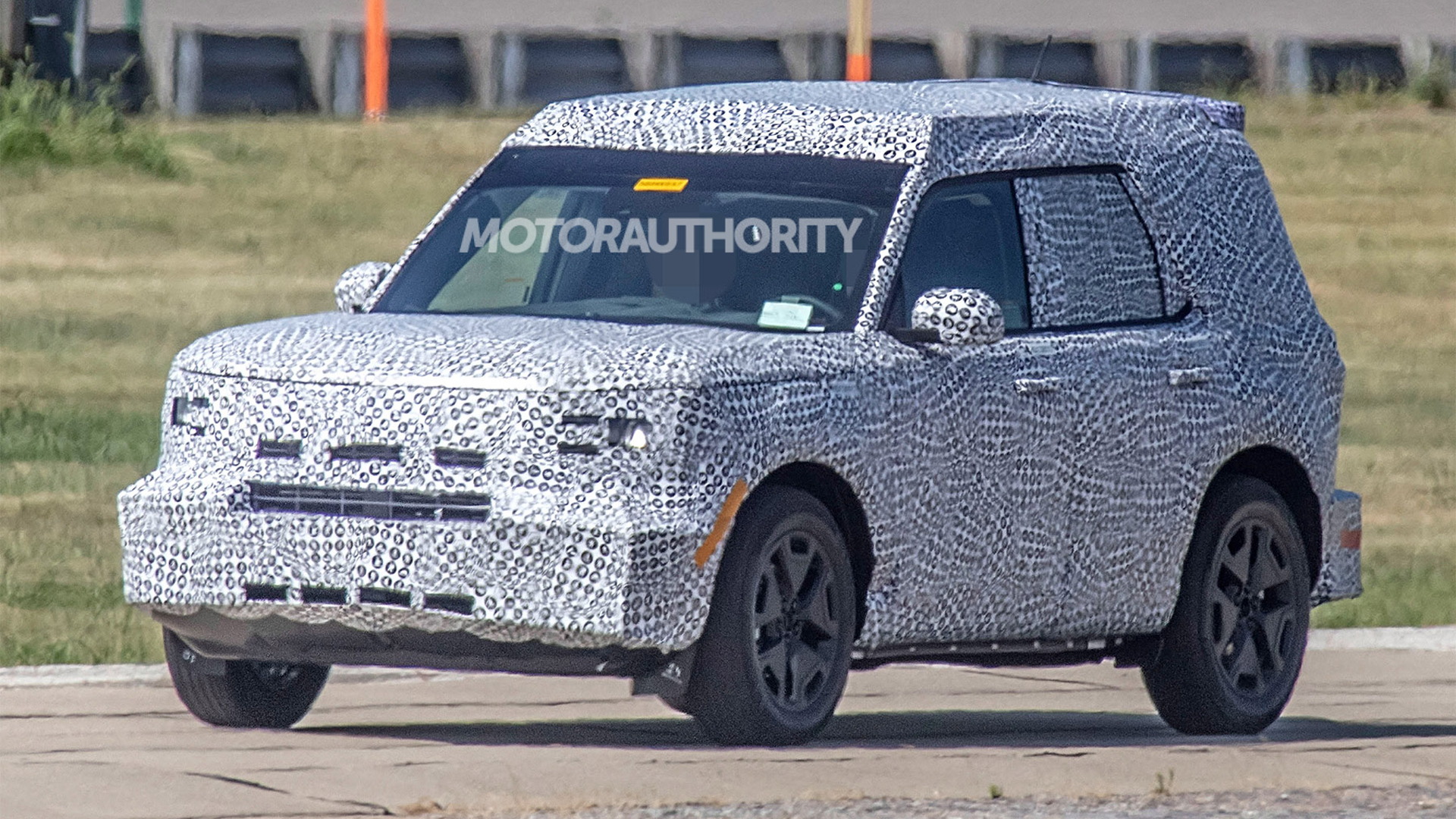 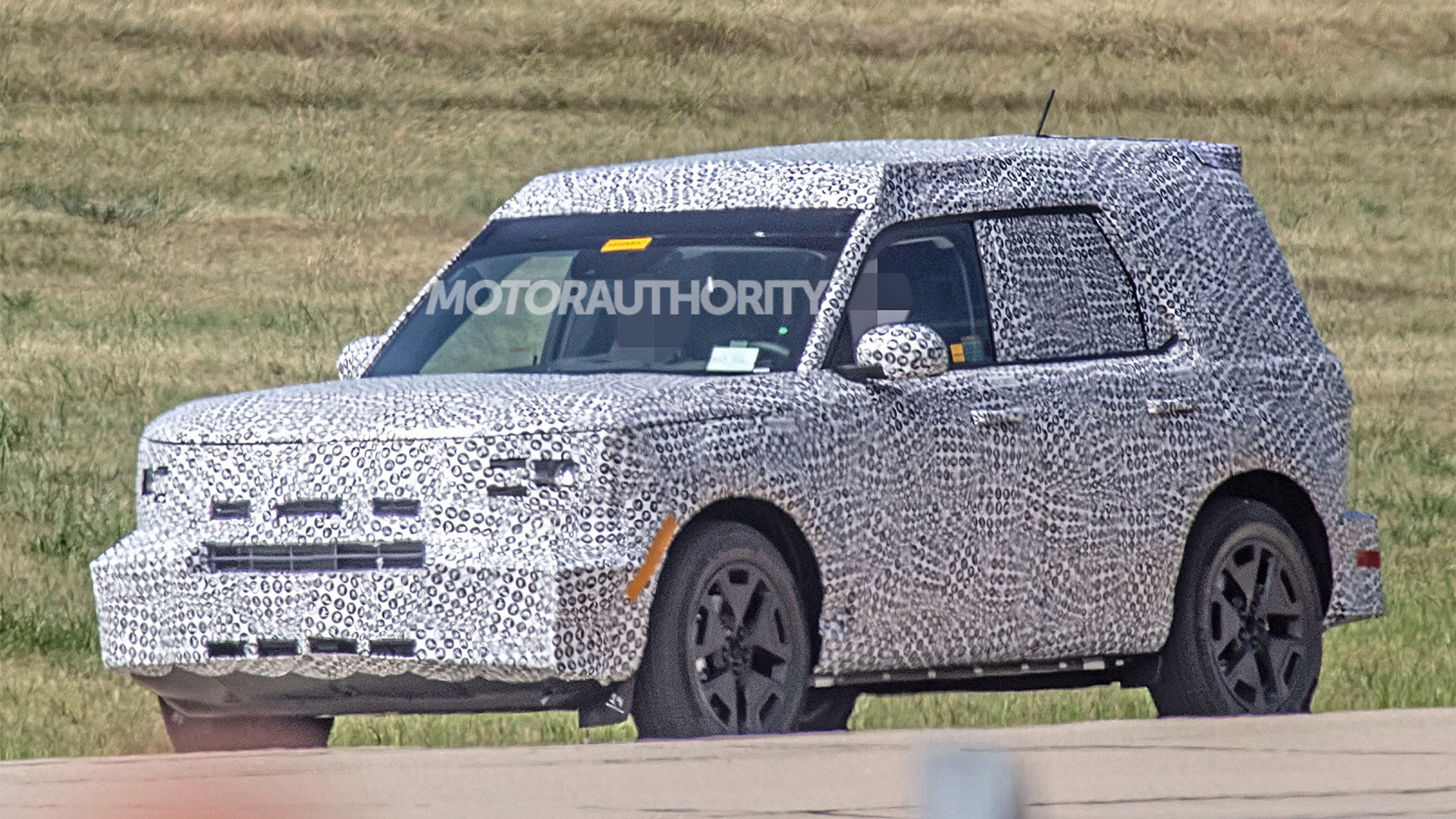 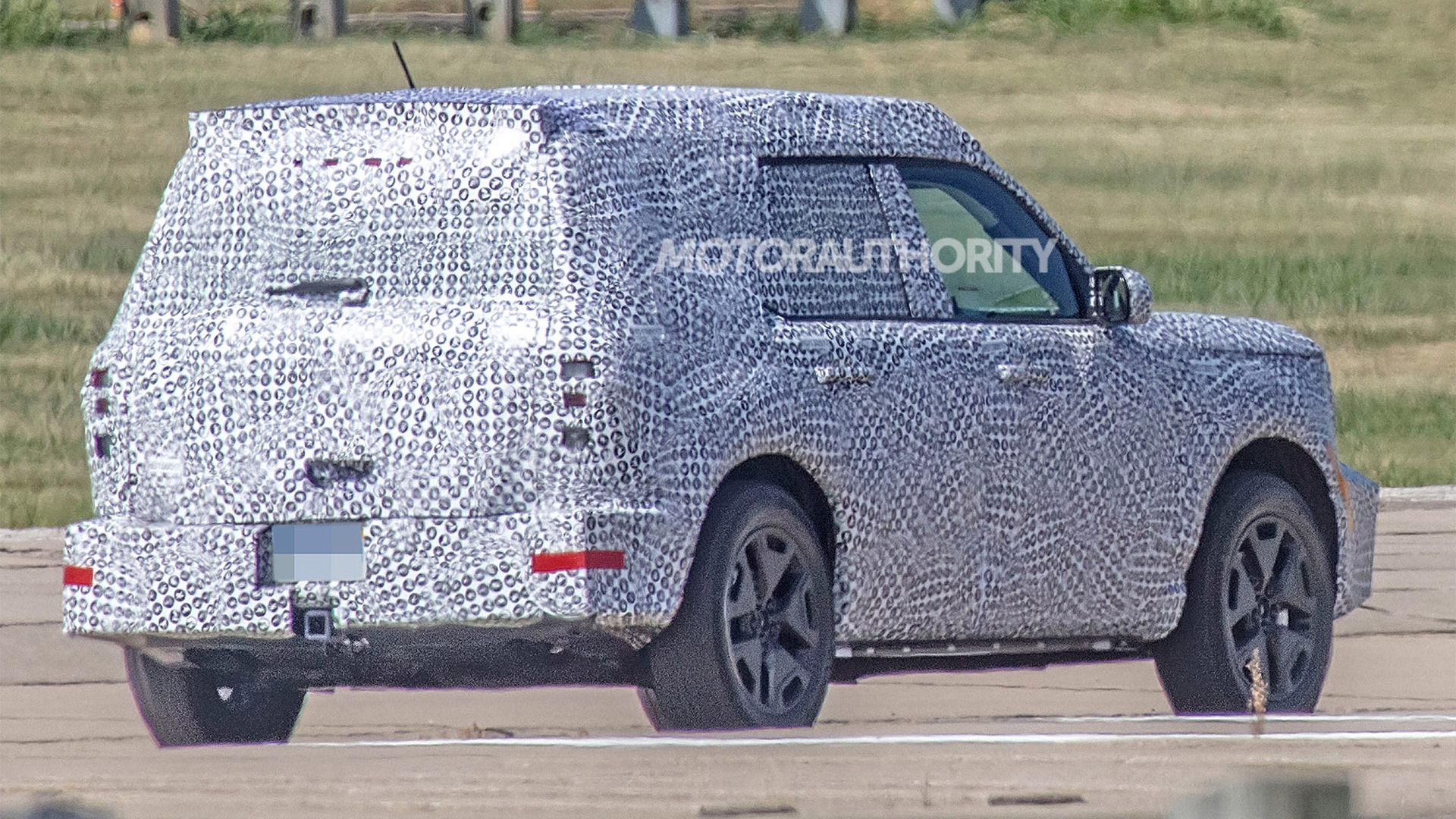 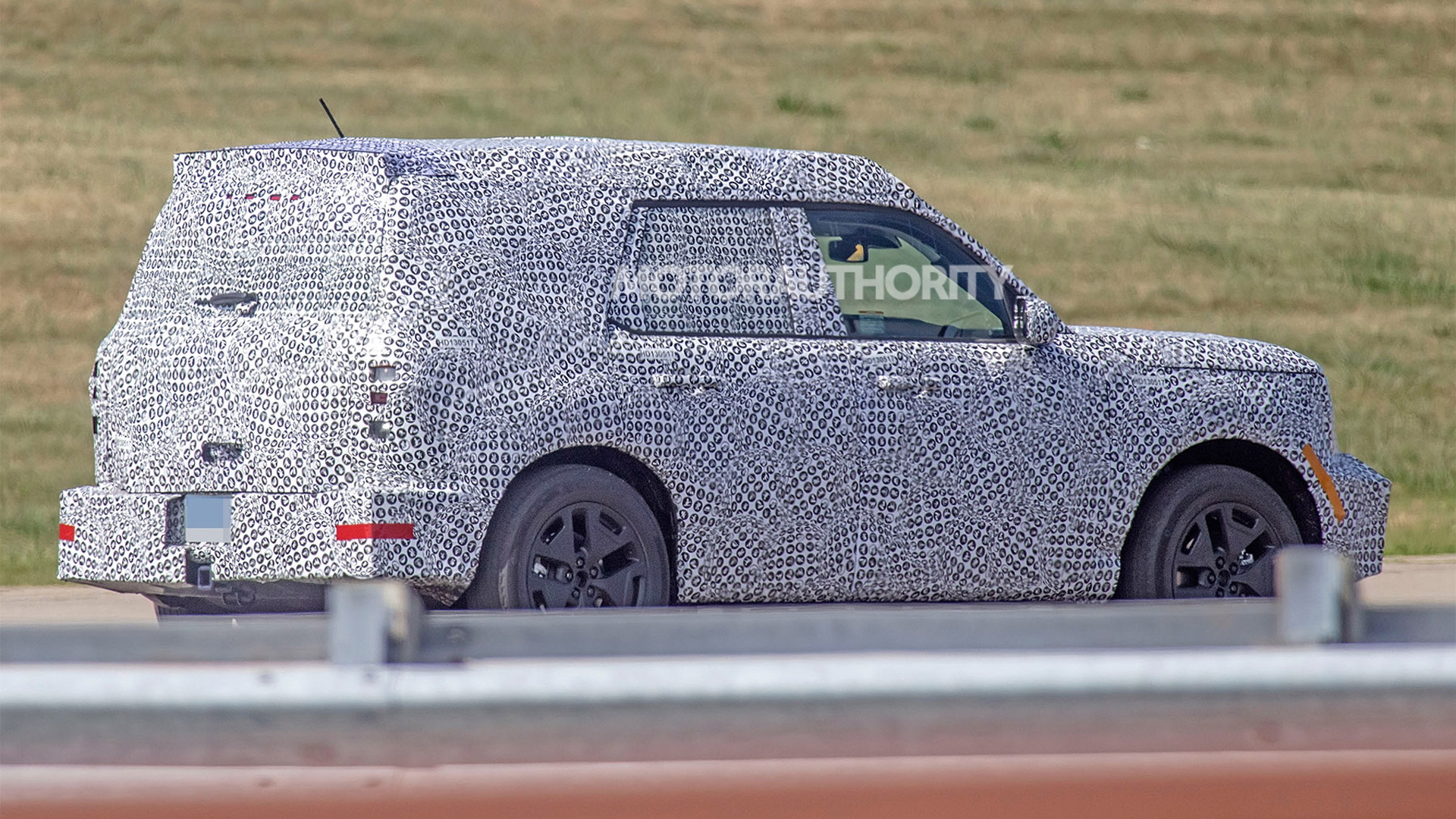 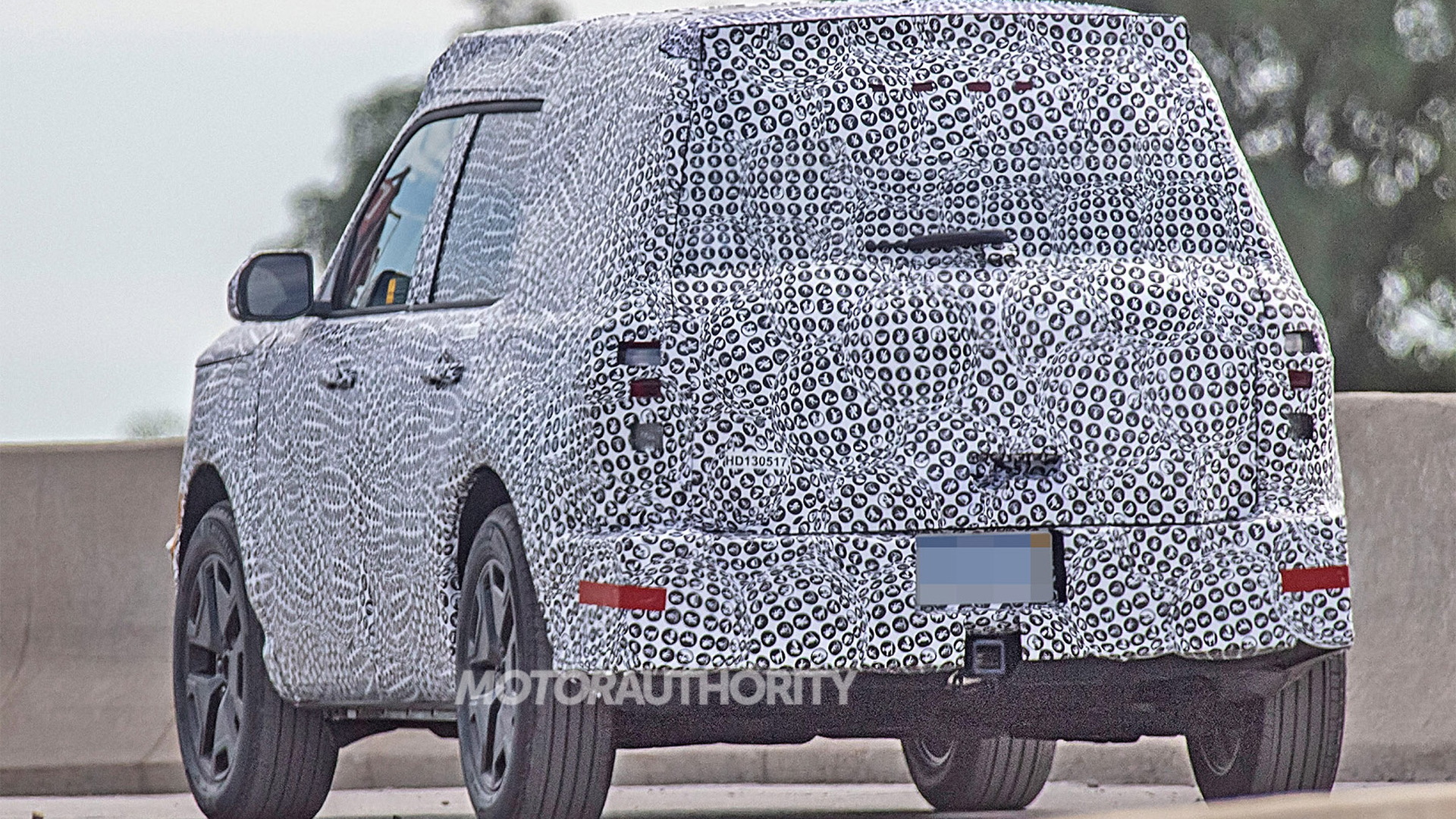 Ford is working on a small SUV with rugged looks and off-road capabilty to rival the Jeep Renegade. We first received confirmation of the new SUV in early 2018 and prototypes first started appearing shortly thereafter.

It will be called the Bronco Sport, Ford announced Monday, and it will debut alongside a modern iteration of the iconic Bronco—available in two- and four-door guises—on July 13. All three are part of a new Bronco family of vehicles, Ford said in its announcement.

But the Bronco Sport and traditional Bronco will be quite different in philosophy. While the Bronco will be based on the rugged body-on-frame platform of the Ranger mid-size pickup truck, the baby Bronco will be twinned with the latest Ford Escape. This means the car-like unibody platform known as C2. 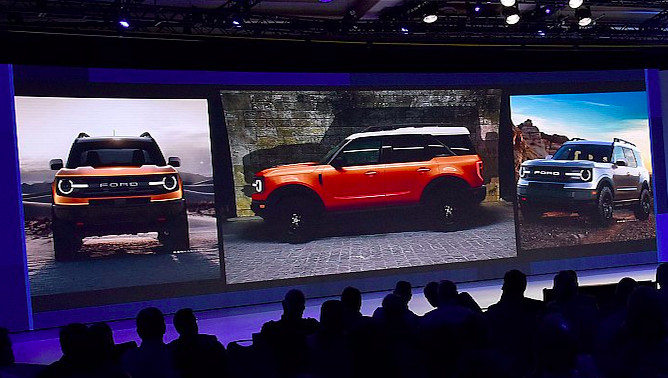 The prototype is heavily camouflaged but we already know what the Bronco Sport looks like thanks to a leaked photo that surfaced a couple of years back. The photo was taken during a dealer presentation.

It shows a vehicle that clearly recalls the original Bronco of the 1960s, with perfectly round LED lights and the Ford nameplate spelled out across the grille. The side profile is characterized by a nifty shoulder line that moves up from the rear passenger door handle to the window.

Inside, the Bronco Sport will feature a rotary gear selector, an electronic park brake, a large infotainment screen, real buttons and knobs for the climate and infotainment systems, and pushbutton start. 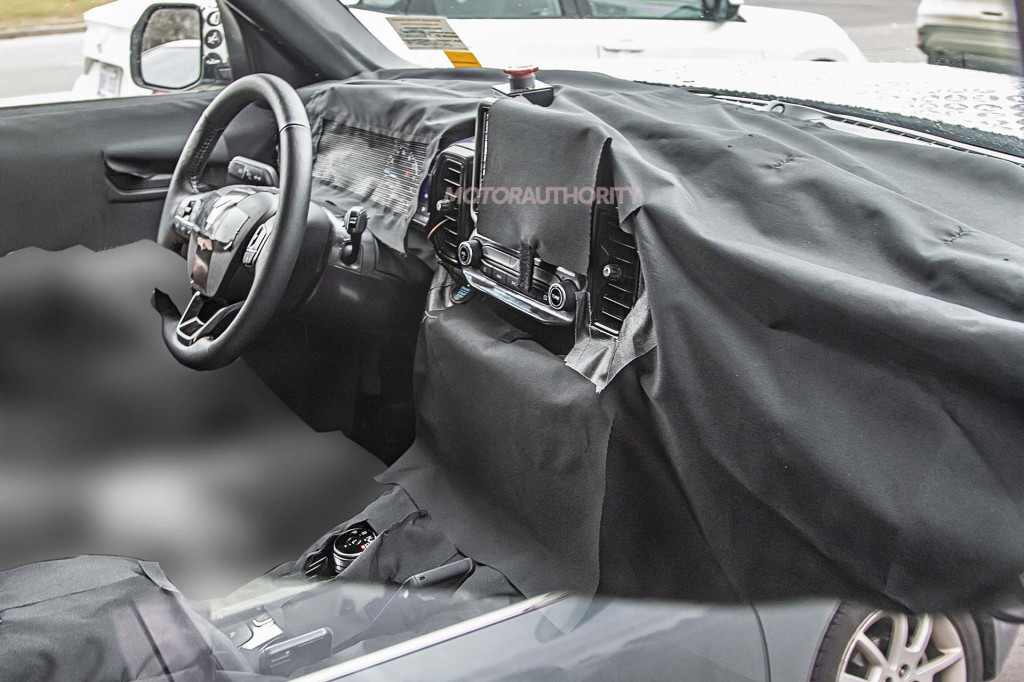 It isn't clear what Ford has planned for the powertrains but you can count on some, if not all, of the same units found in the Escape making an appearance. A four-wheel-drive system will be standard.

In the Escape, buyers with fuel efficiency in mind can opt for hybrid or plug-in hybrid powertrains. Both are powered by a 2.5-liter inline-4 teamed with an electric motor and a continuously variable transmission. For performance fans, there's a 250-horsepower 2.0-liter turbocharged inline-4. There's also a 180-hp 1.5-liter turbocharged inline-3, though we don't expect this option in the Bronco Sport.

When the Bronco Sport will arrive at dealerships isn't clear, but we know it will arrive as a 2021 model. We also know production will be handled at Ford’s plant in Hermosillo, Mexico.