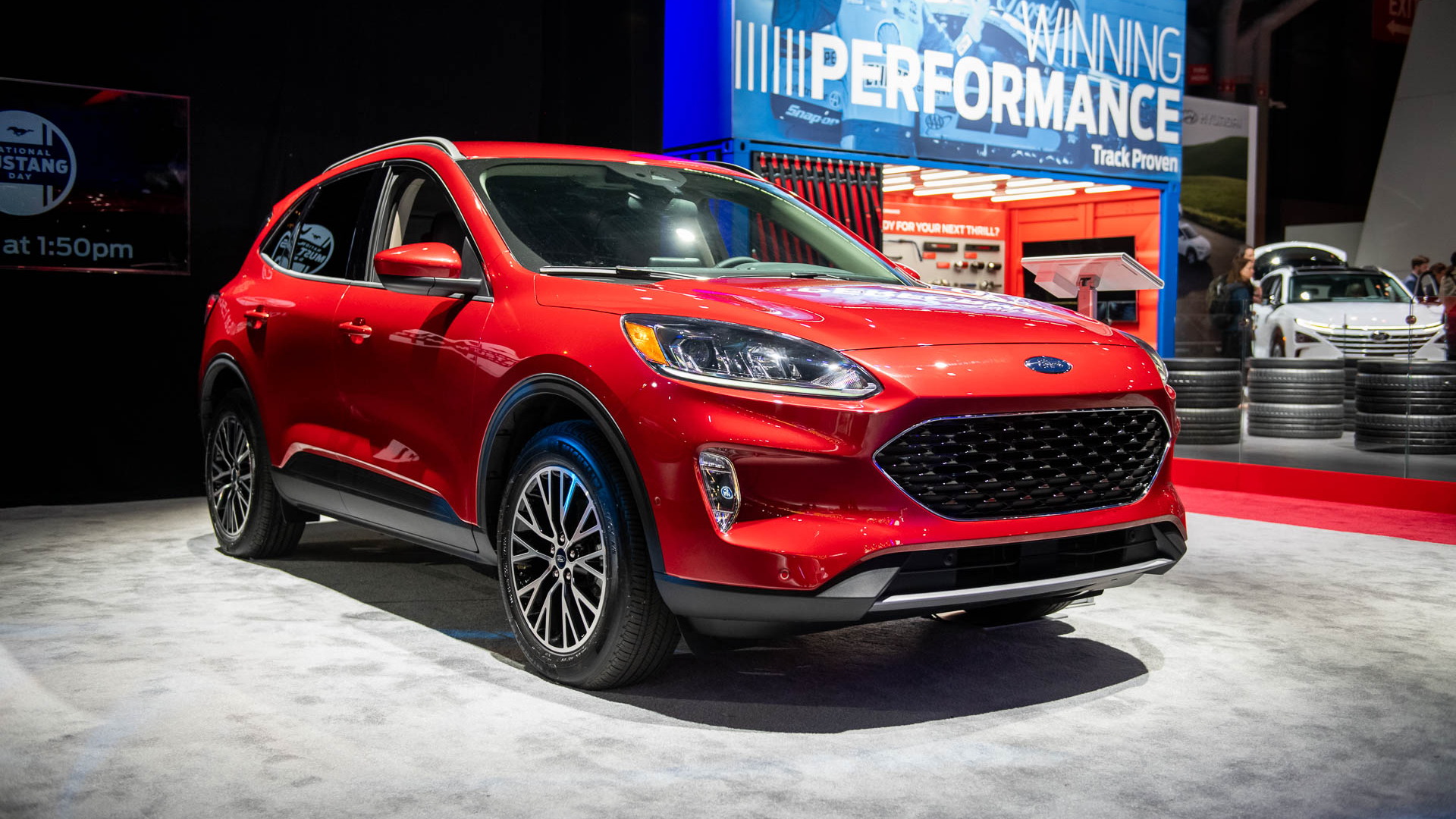 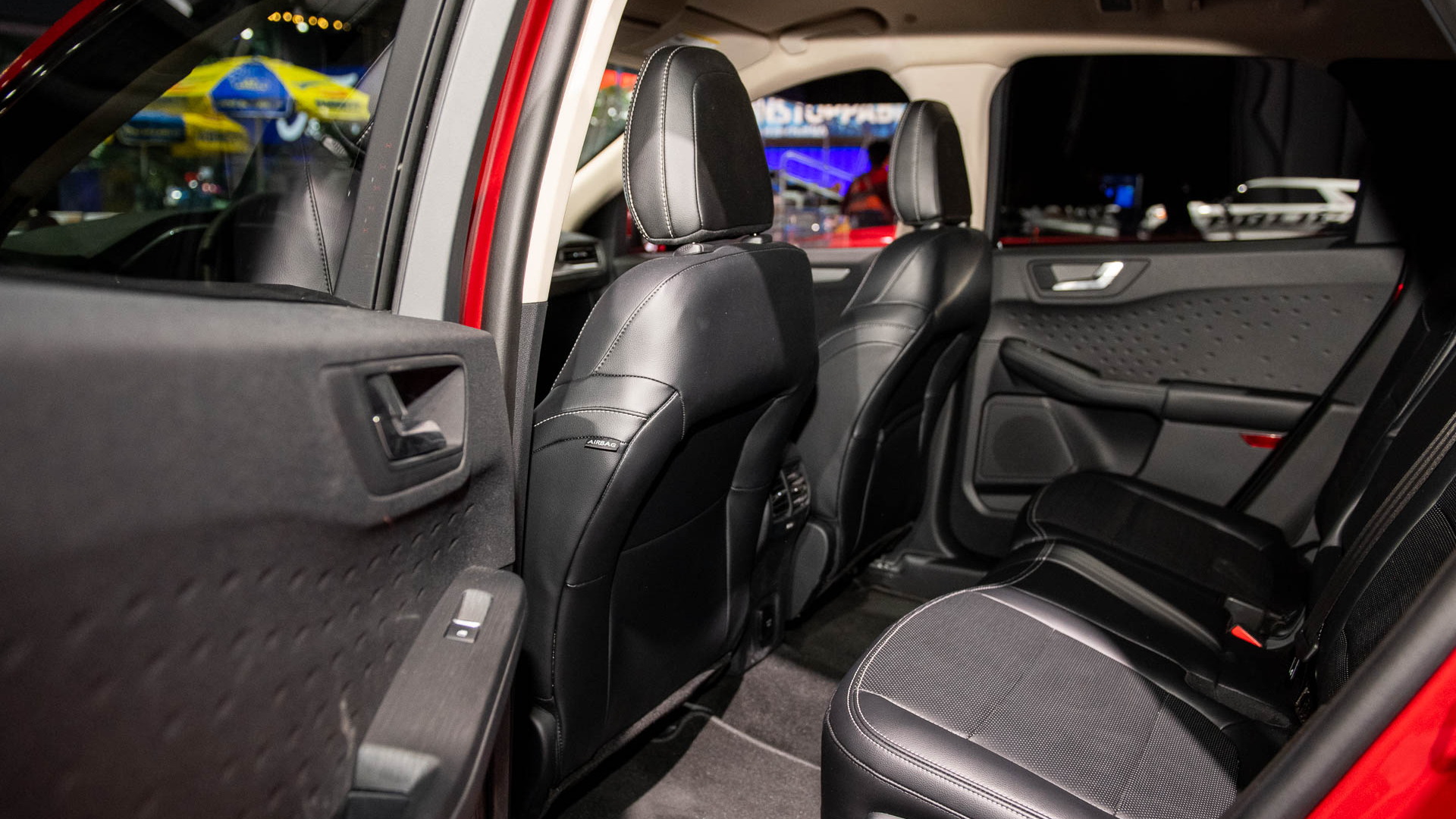 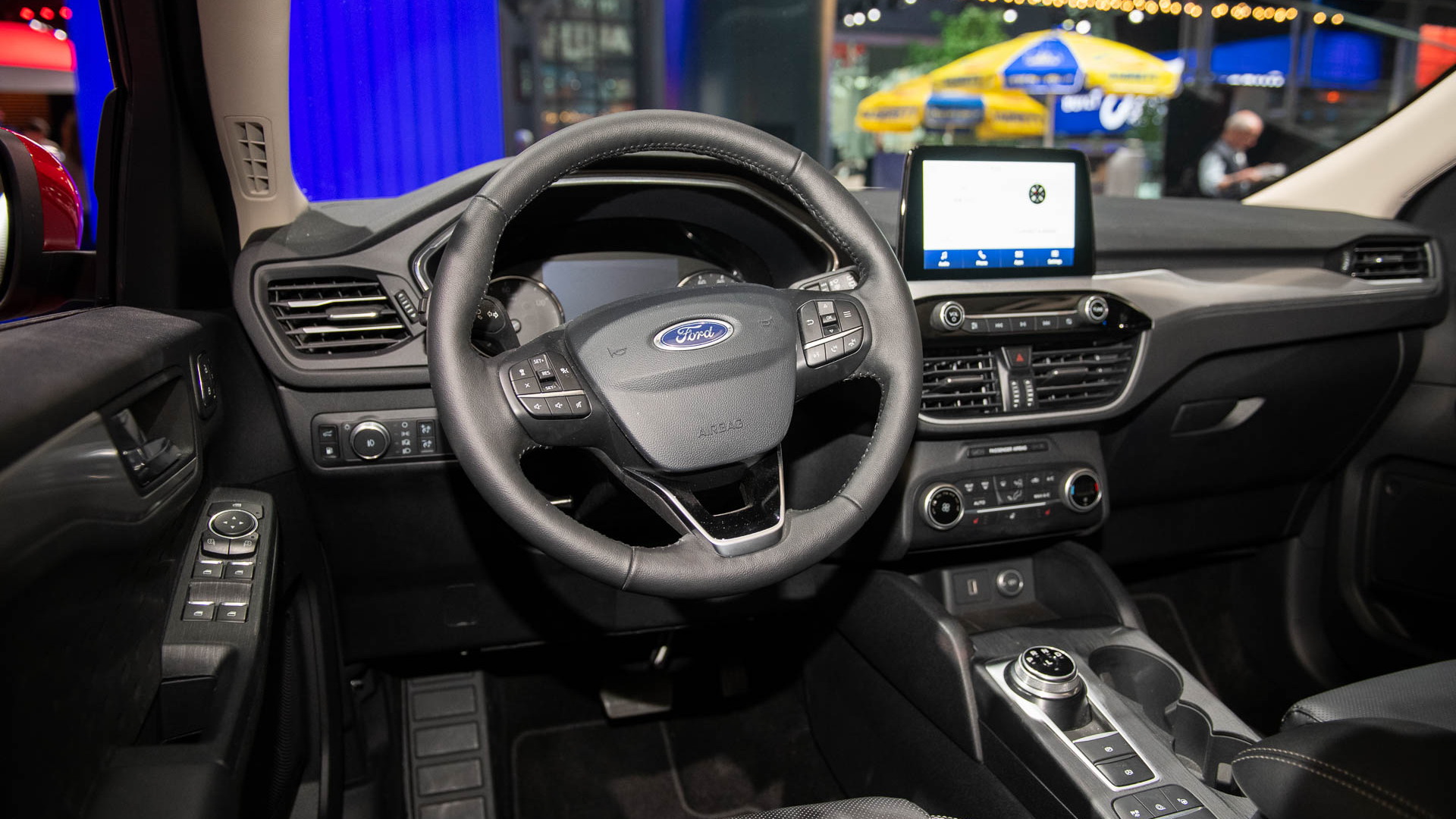 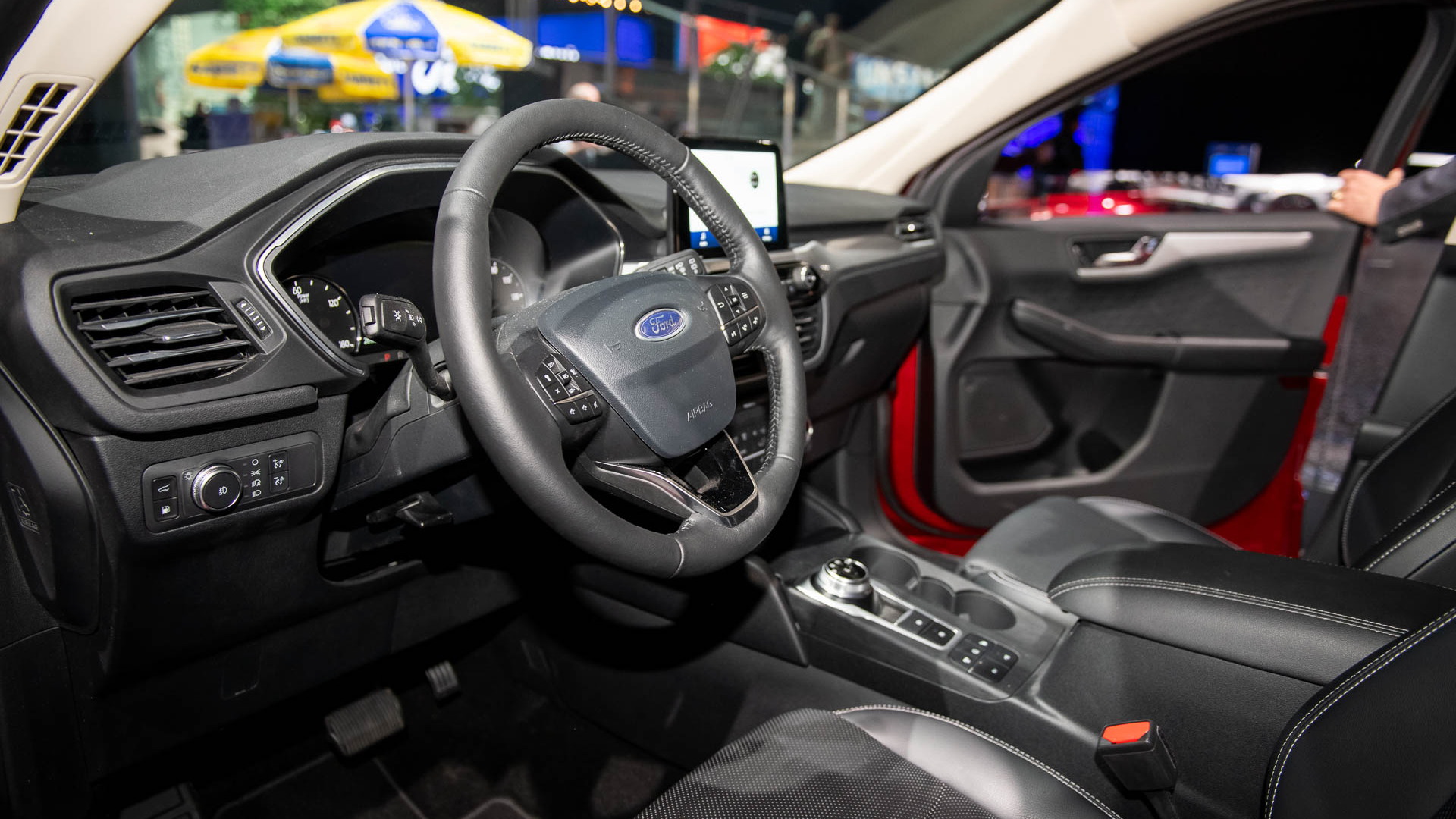 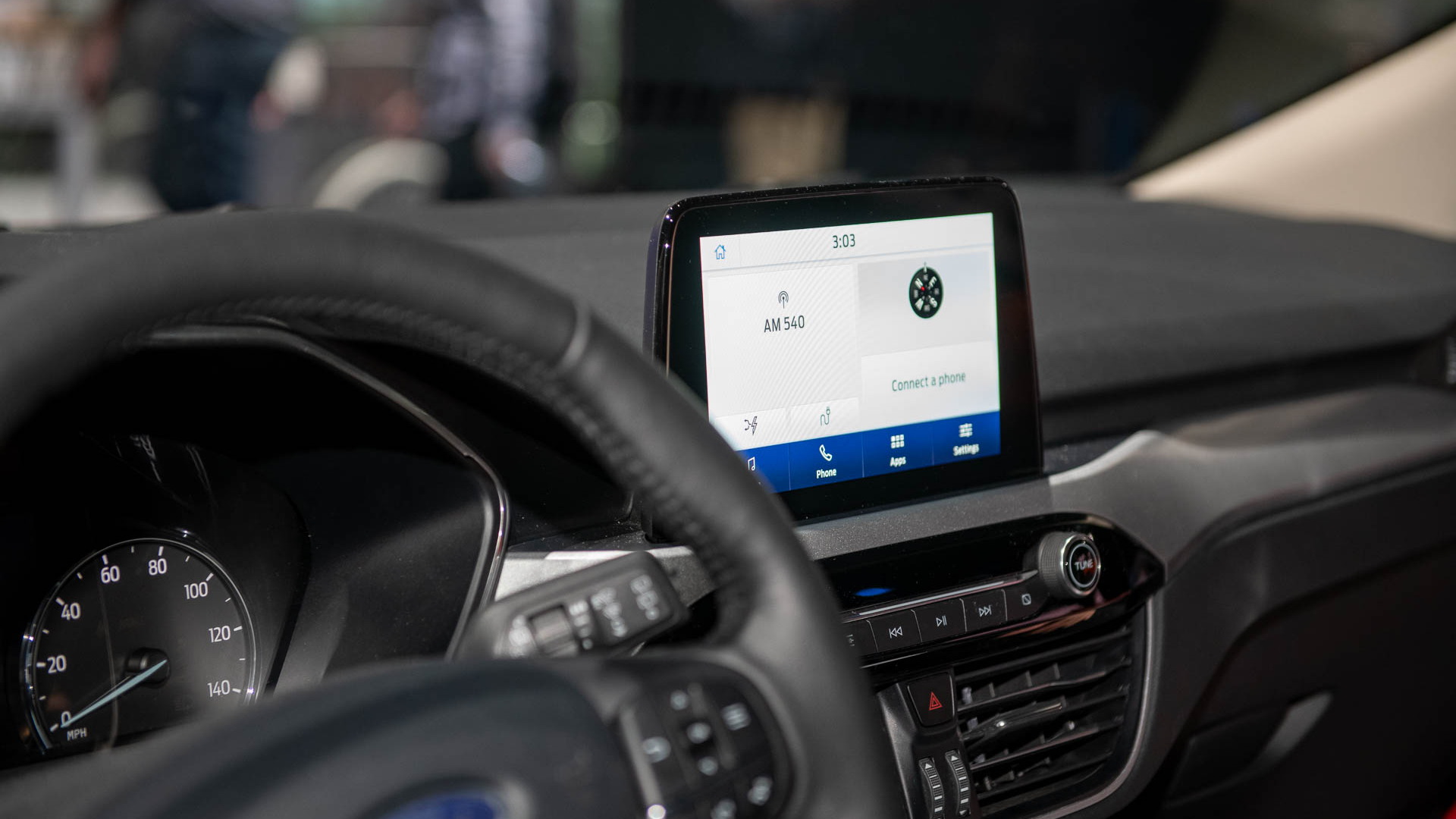 In a hot crossover and SUV market it's best for automakers to keep their bread-and-butter sellers up to date. The 2020 Ford Escape takes on a look that is decidedly softer to set it apart from more rugged vehicles like the brand's trucks and the upcoming Bronco and baby Bronco.

Unveiled Tuesday ahead of its formal debut this month at the 2019 New York International Auto Show, the 2020 Escape arrives with turbocharged or hybrid power and all the latest safety tech.

Those hoping for the more SUV-like boxy design of the second-generation Escape will be disappointed with the fourth-generation's Tesla Model Y-like shape, but the upcoming Baby Bronco will satisfy those off-road compact crossover SUV desires when it arrives in 2020. The 2020 Escape has a smooth, rounded front end that fits a sedan more than an SUV. The rear is rounded off like that of its larger sibling, the Edge, rather than sharp and blocky like the Toyota RAV4.

Inside, the environment is calmer than the current Escape. The dashboard shares some design elements with the larger 2020 Explorer, including the available tablet-like 8.0-inch touchscreen infotainment system that sprouts from the center of the dash. A 4.0-inch infotainment screen is standard. Augmenting the infotainment system is an available 12.3-inch digital gauge cluster and a "Top Gun"-like pop-up head-up display that projects on clear plastic behind the steering wheel. Tunes can be pumped through an optional 575-watt B&O audio system, though we'll have to wait to hear how hard it punches.

Rear seat leg room is up about two inches and the rear seat now rides on rails to slide up to six inches fore or aft to increase cargo room or space for passengers.

Buyers with fuel efficiency in mind will want either the hybrid or plug-in hybrid. Both are powered by a 2.5-liter inline-4 teamed with an electric motor and a continuously variable transmission. Hybrid models have a 1.1-kwh battery pack while plug-in hybrid models up that to 14.4-kwh, and both batteries are liquid cooled for consistent performance in various conditions.

Ford said the plug-in hybrid should be capable of up to 30 miles of all-electric driving range while the hybrid can go more than 500 miles on a tank of fuel. The plug-in should take 3.5 hours to fully charge on a Level 2 (240-volt) charger, according to Ford.

Pricing and official fuel economy ratings will be announced later this fall when the 2020 Ford Escape goes on sale.