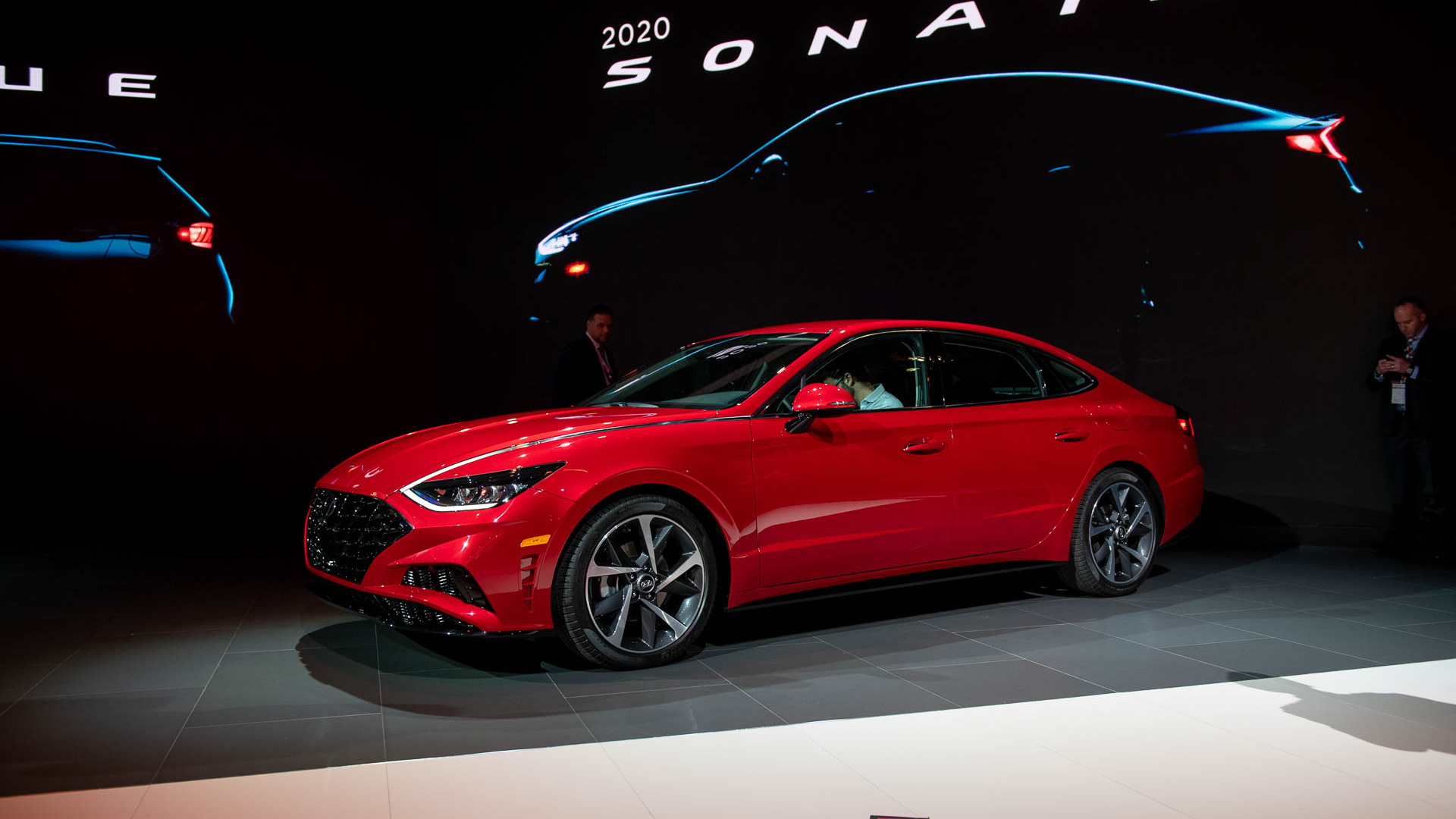 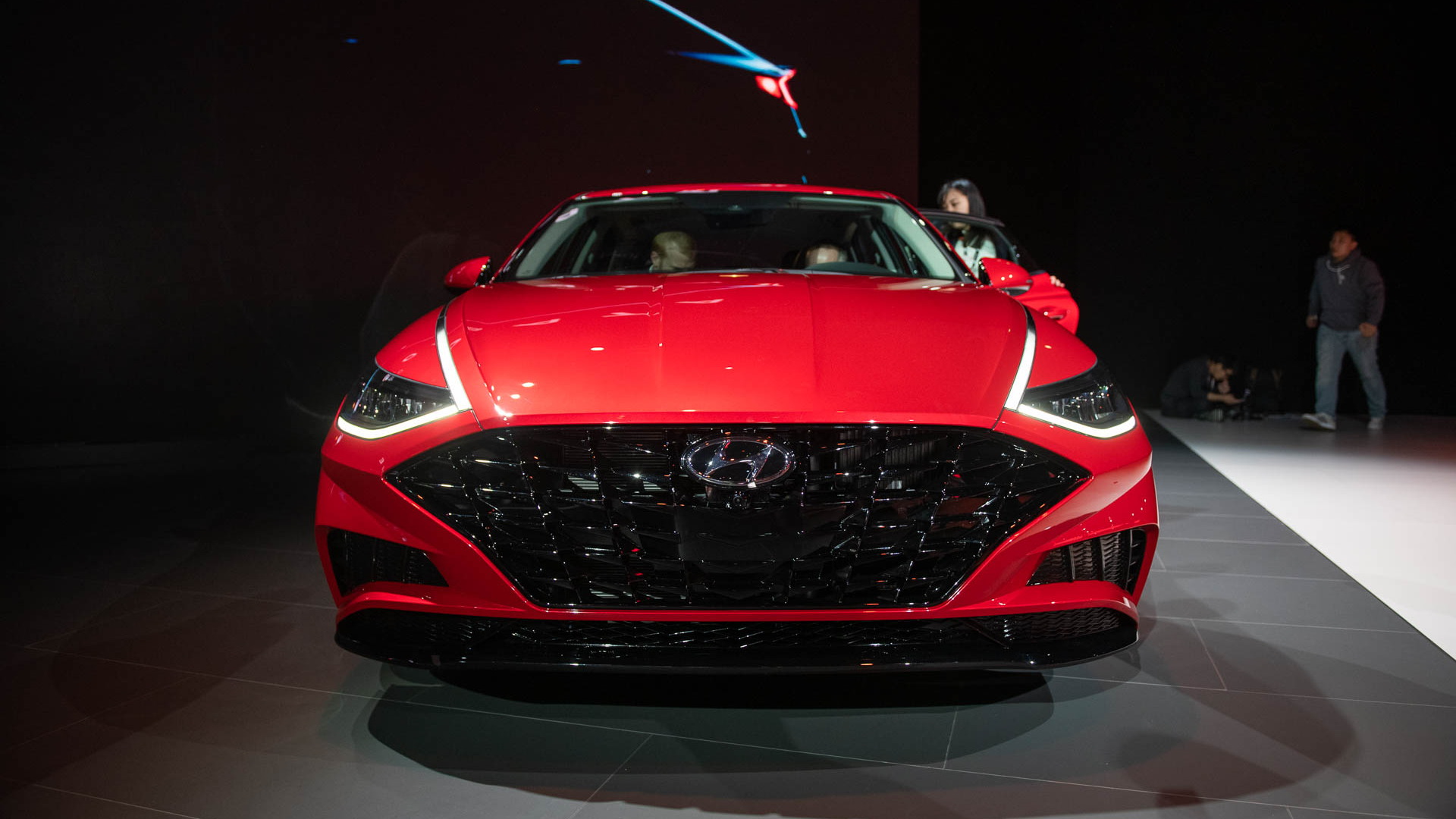 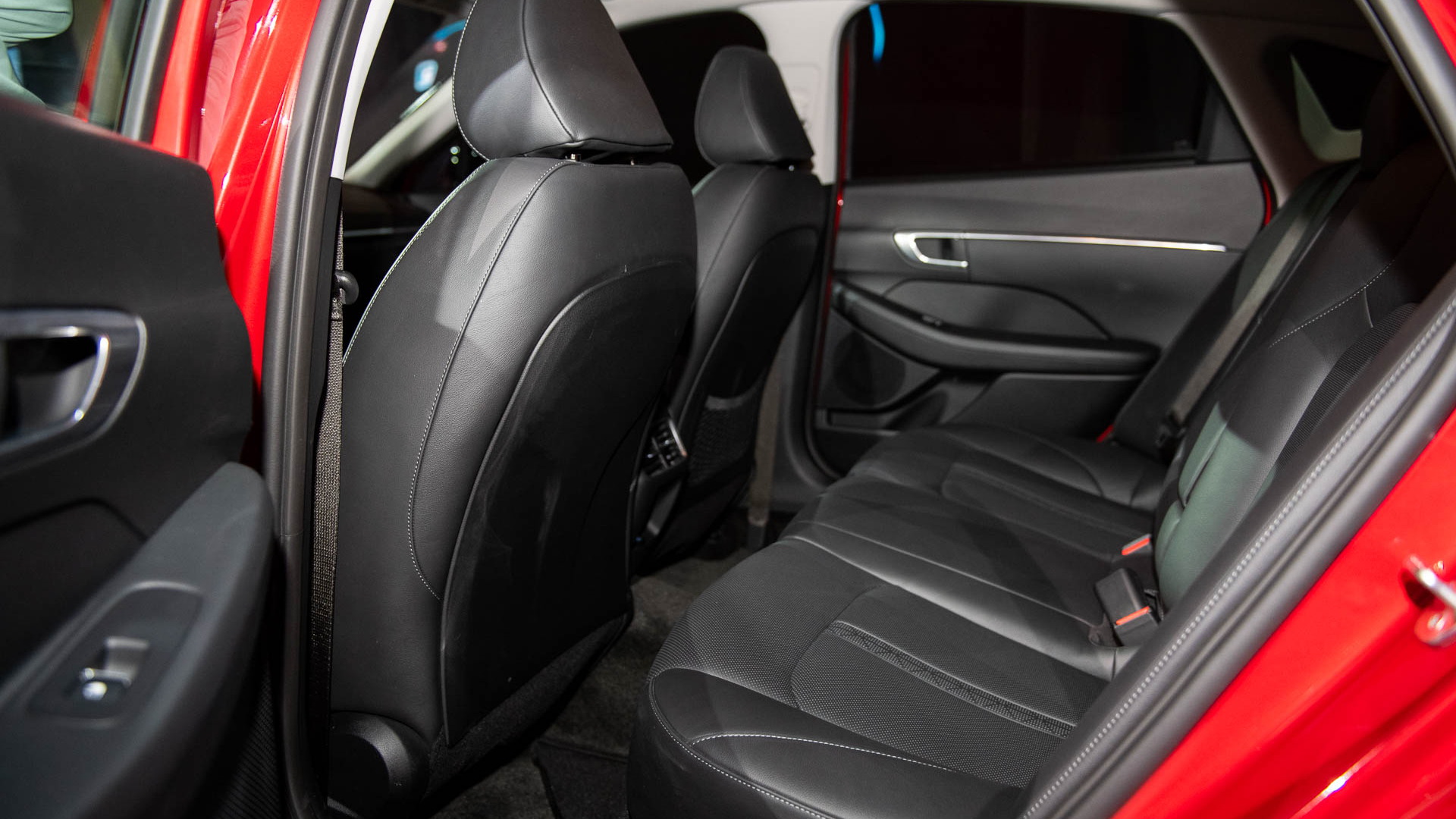 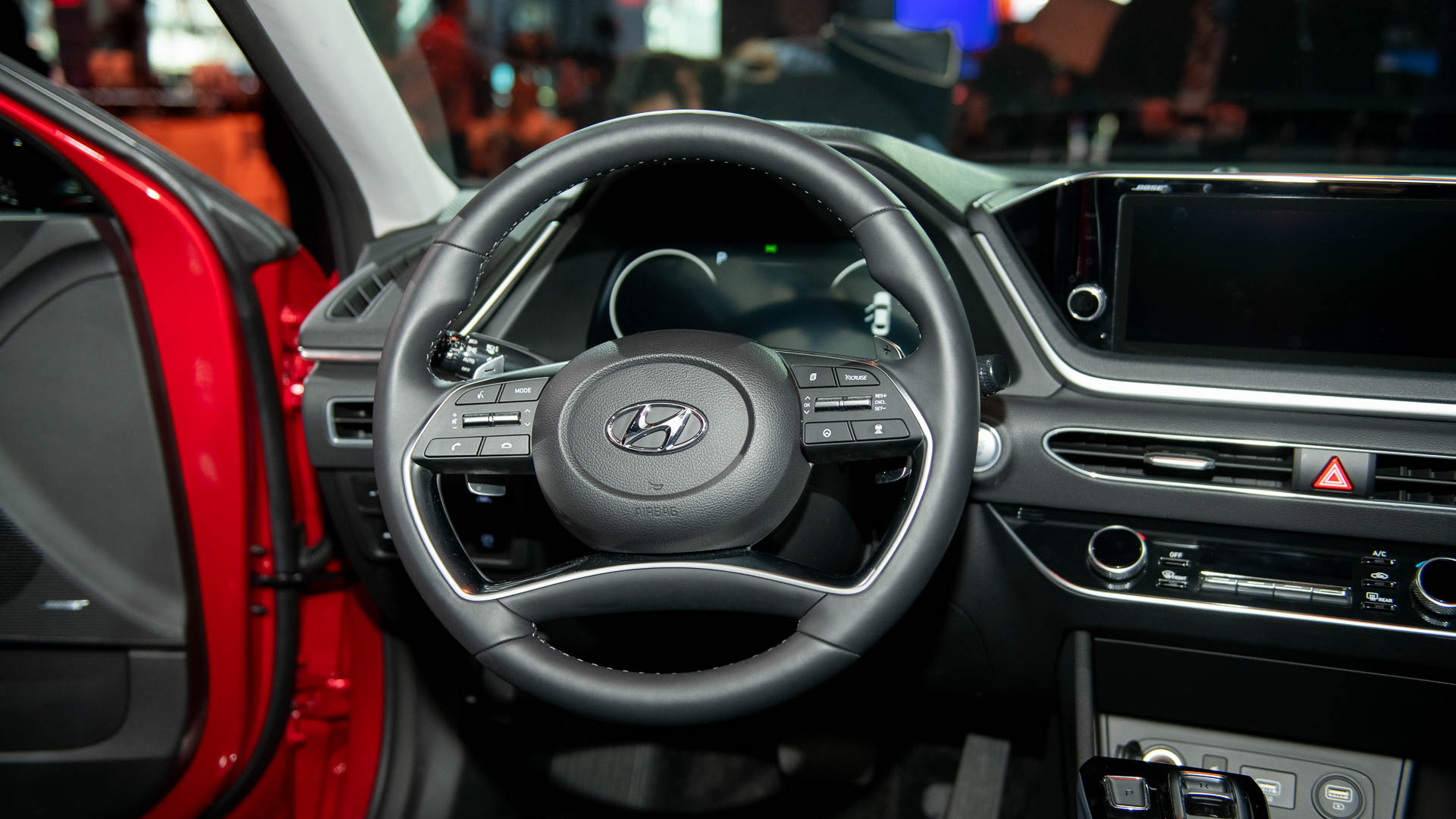 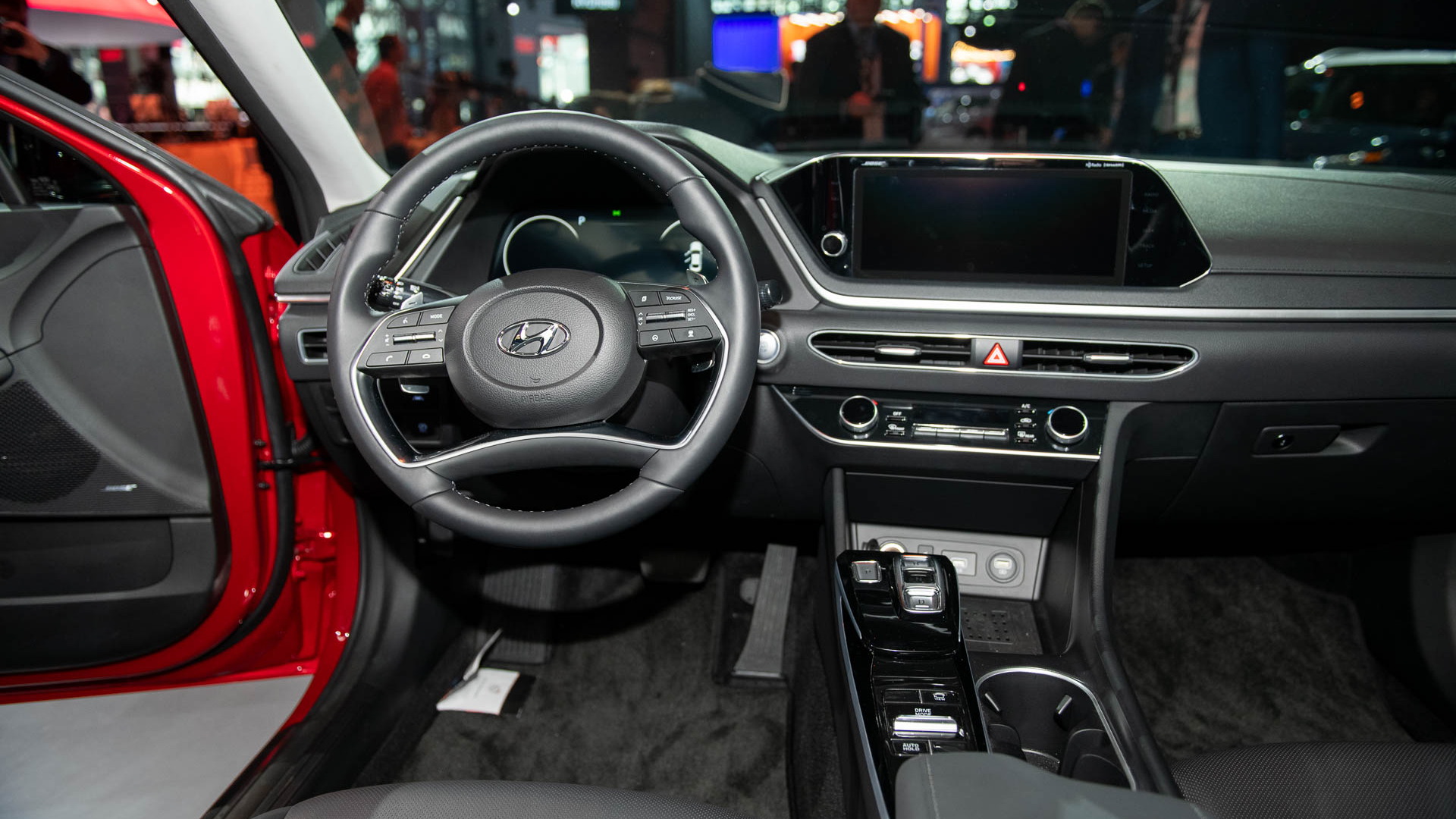 The Hyundai Sonata received wide praise for its bold styling when it was redesigned for 2010. In 2016, that fanfare retreated when it received a rather conservative and buttoned-up look. The 2020 Hyundai Sonata lets its hair down once again and ushers in a dramatic new exterior design.

Revealed online Wednesday, the 2020 Sonata showcases a four-door coupe-like profile, a lower-slung stance, and wild LED accent lights. The design comes from the Le Fil Rouge concept car shown at last year's Geneva International Motor Show. That concept staked out a new design language that Hyundai dubbed "Sensuous Sportiness." The Sonata picks up some of the concept's best attributes with a wider interpretation of the current grille and an accent line that sits beneath it. The line wraps up toward the headlights and carves out the front fascia in the process for a wider look.

The redesigned headlights form an edgy teardrop shape, but it's their LED daytime running lights that usher in some real drama for the mid-size sedan. The LEDs run from the headlights and stretch into the hood where they connect with the chrome trim. The result is a subtle chrome accent when the lights are off, but when they're on, the hood features streaks of light that look like something often reserved for concept vehicles on auto show stands. Obviously, we doubt every Sonata trim will sport the design trait, but they look wonderful in photos and give the car a new and unique character.

Hyundai has toned down the three-box sedan look the current car exudes and opted for a sloping greenhouse to recapture the magic from two generations ago. The sloping rear deck flows into a ducktail spoiler where boomerang-shaped taillights sit. A thin line of lights connects the two taillights across the trunk, which is also meant to emphasize the car's width.

Not only does the car look wider and longer, it actually is. Hyundai said the 2020 Sonata is wider by about an inch and longer by 1.8 inches. The roofline also drops by about 1.2 inches.

It appears the Genesis brand influenced the sedan's interior with warm leather tones, satin chrome trim, and even quilted patterns on the seats. Hyundai said it totally overhauled the dashboard to sit lower and breathe some air into the cabin. The instrument cluster and new touchscreen also sit on an S-curve, Hyundai said, which includes not a single line to break up the two technology focal points. The result is something similar to many premium brands. Other highlights include a redesigned steering wheel and a push-button gear selector that frees up space on the center console for storage.

Hyundai didn't talk powertrains or other details, but the engines should remain the same as those used in the current car. Right now, Hyundai offers a 1.6-liter turbocharged inline-4, a 2.0-liter turbocharged inline-4 and a 2.4-liter inline-4. A plug-in hybrid should also return. Look for full details on the suave sedan at the 2019 New York International Auto Show in April.