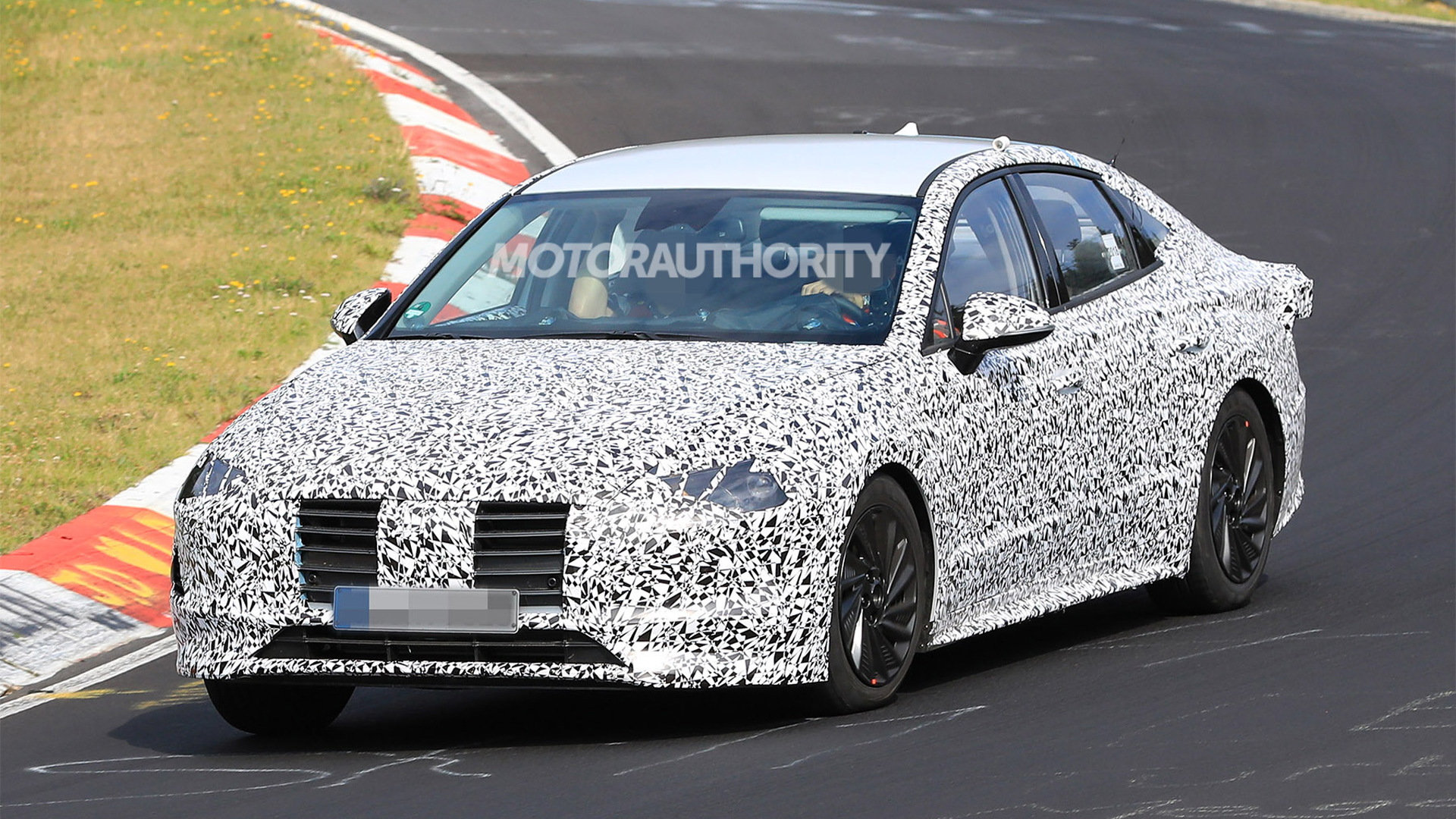 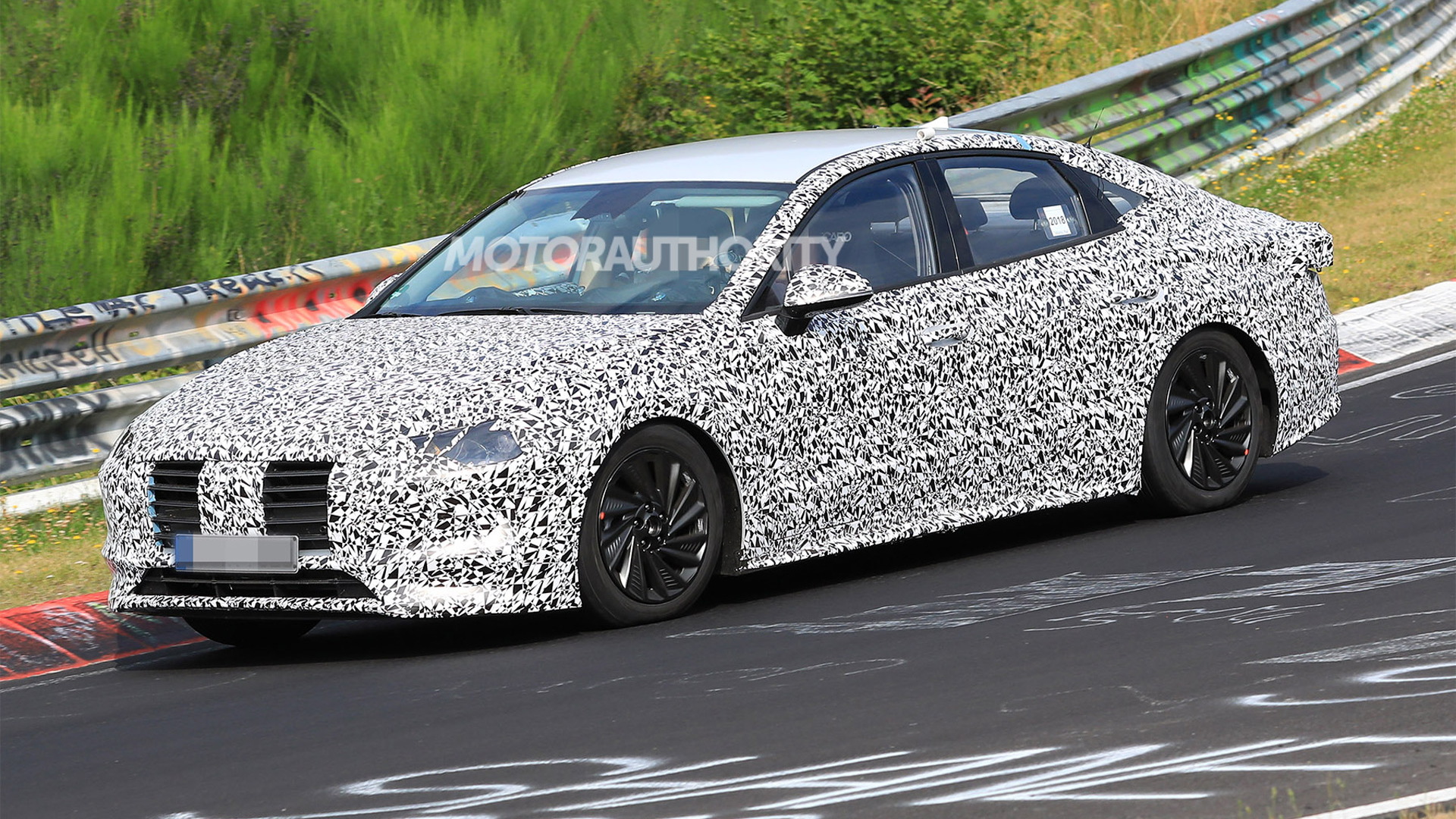 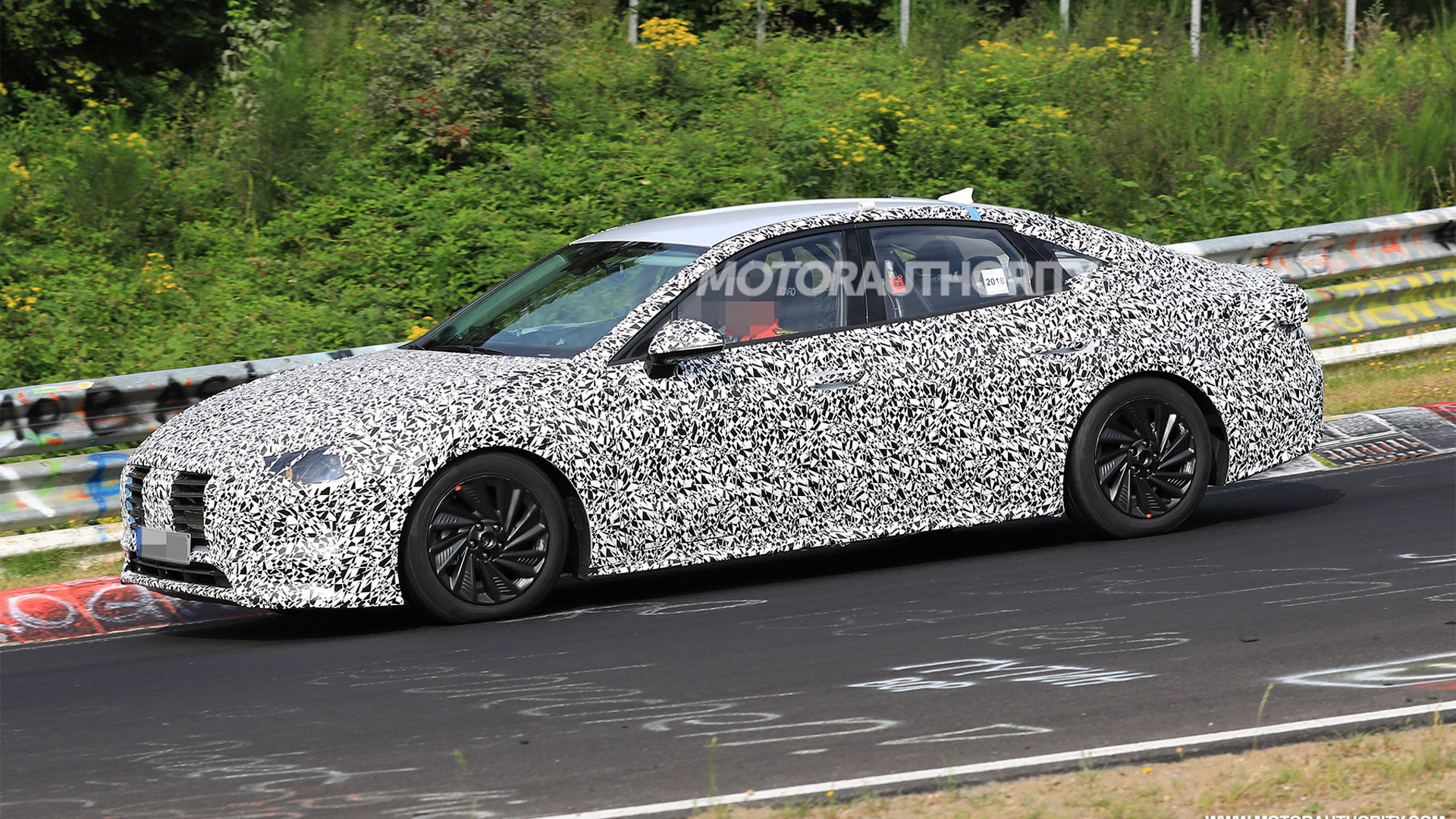 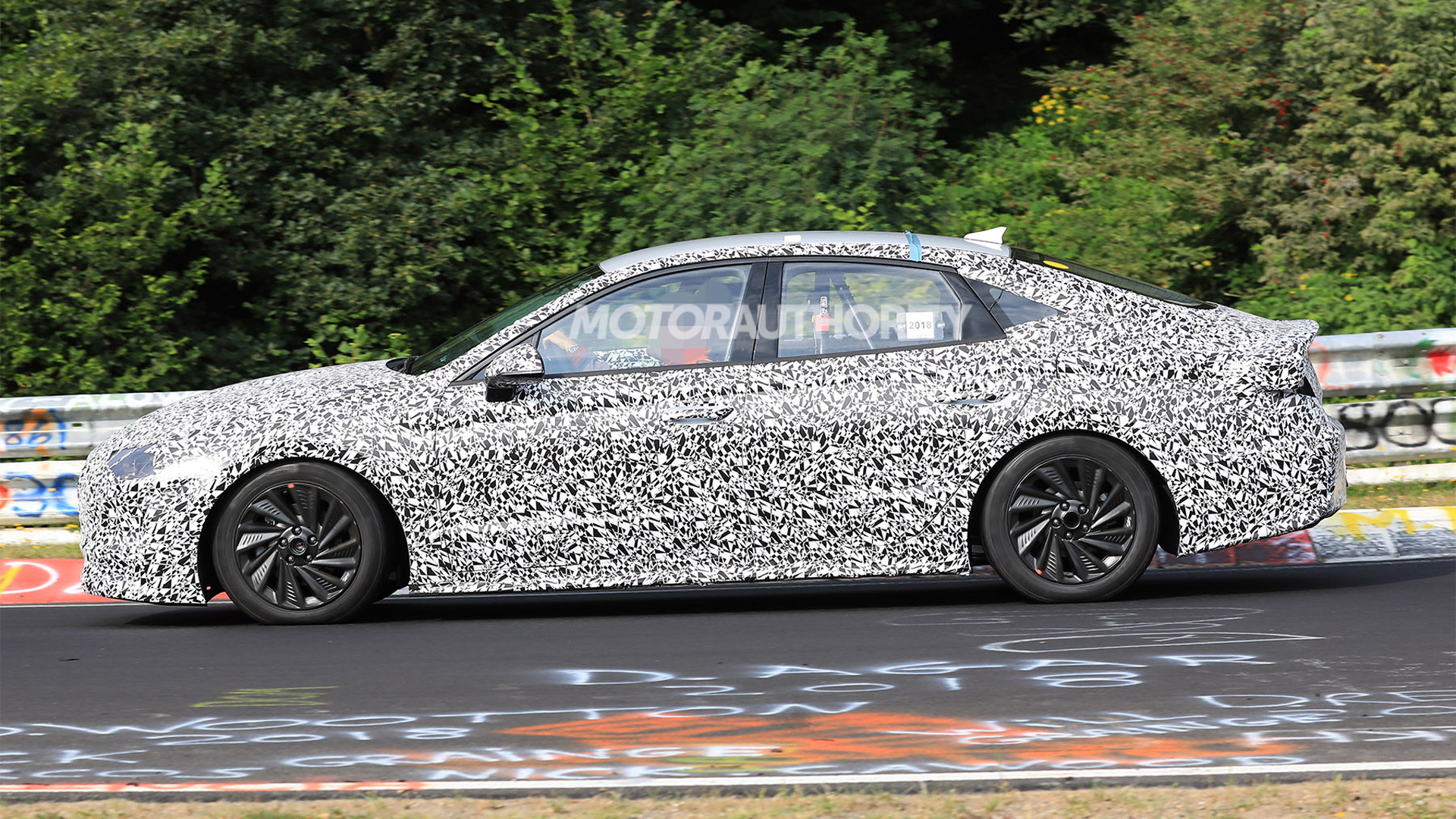 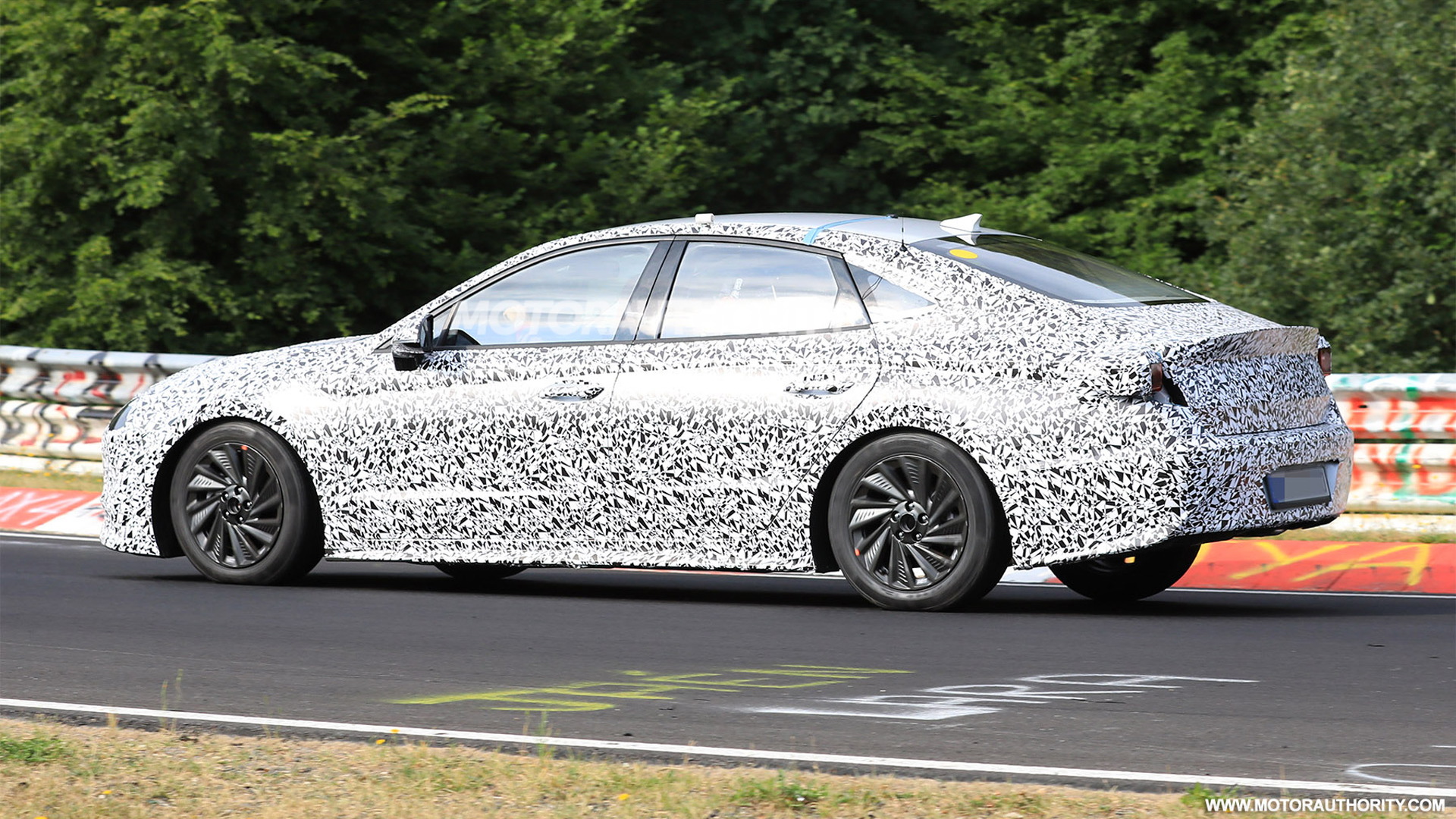 Hyundai is close to finalizing a redesigned Sonata with styling inspired by the handsome Le Fil Rouge concept car (shown below) unveiled in March at the Geneva auto show.

A prototype for the new mid-size sedan has been spotted at the Nürburgring and looks to be wearing its final skin. A few details are missing however, such as the production taillights and side skirts.

Elements borrowed from the concept include the fastback roof leading to a large duck-tail spoiler. The sculpting on some of the panels as well as the short overhangs and multi-slatted grille are also reminiscent of the concept, albeit in toned-down form.

Most of these options should carry over though we could see the 1.6-liter turbo dropped. Drive should be to the front wheels.

The redesigned Sonata is expected on sale in the fall of 2019 as a 2020 model. It means we should see the debut in the first half 2019. In other markets it might continue with the i45 name the current Sonata uses.

Key rivals for the Sonata like the Chevrolet Malibu, Honda Accord, Nissan Altima and Toyota Camry have all been updated or redesigned in the recent past, and with sales of mainstream sedans on the decline, competition in this segment will be tougher than ever.

Also in the works at Hyundai is a new full-size SUV that the Korean automaker previewed in June with the Grandmaster concept.