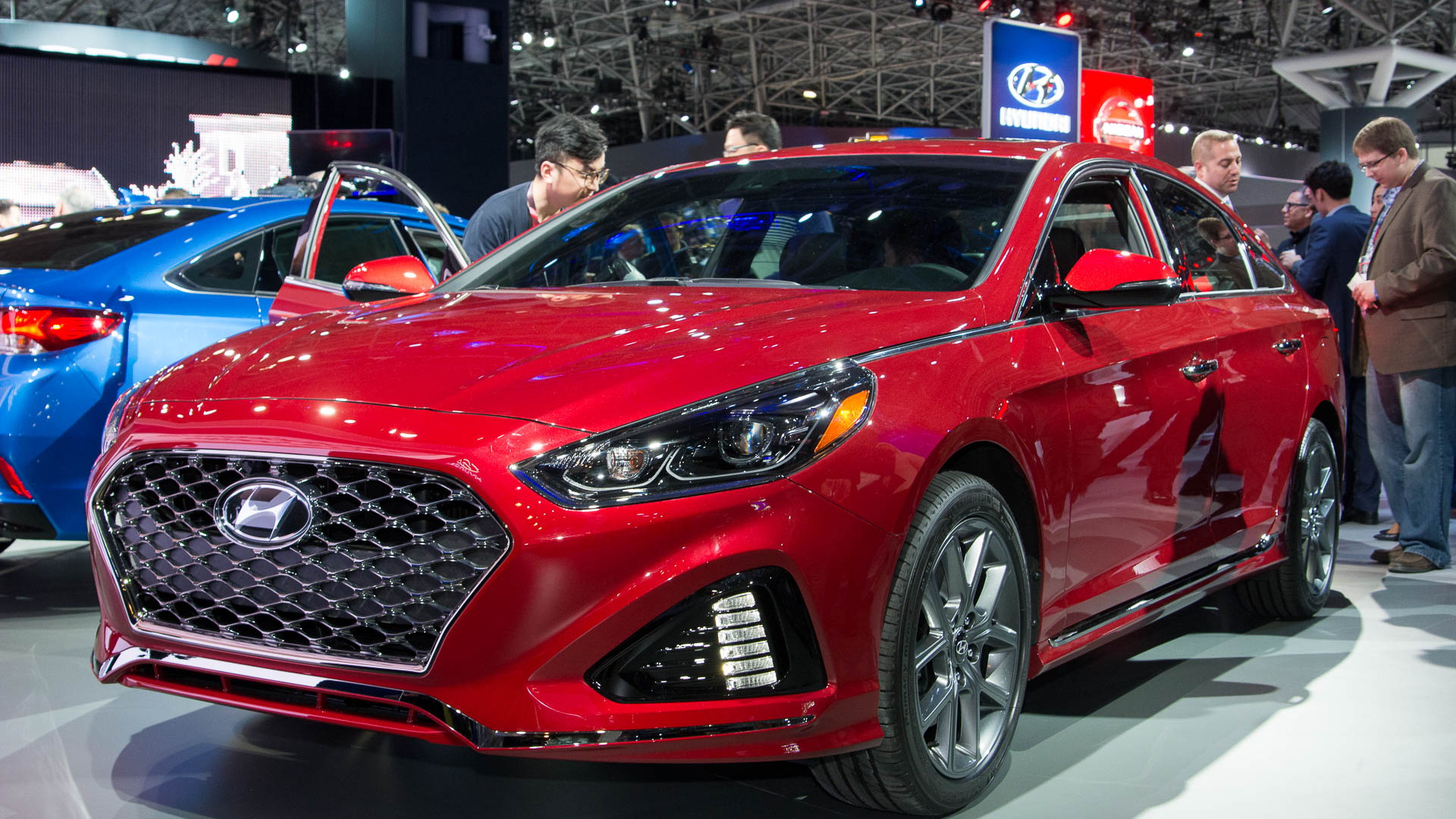 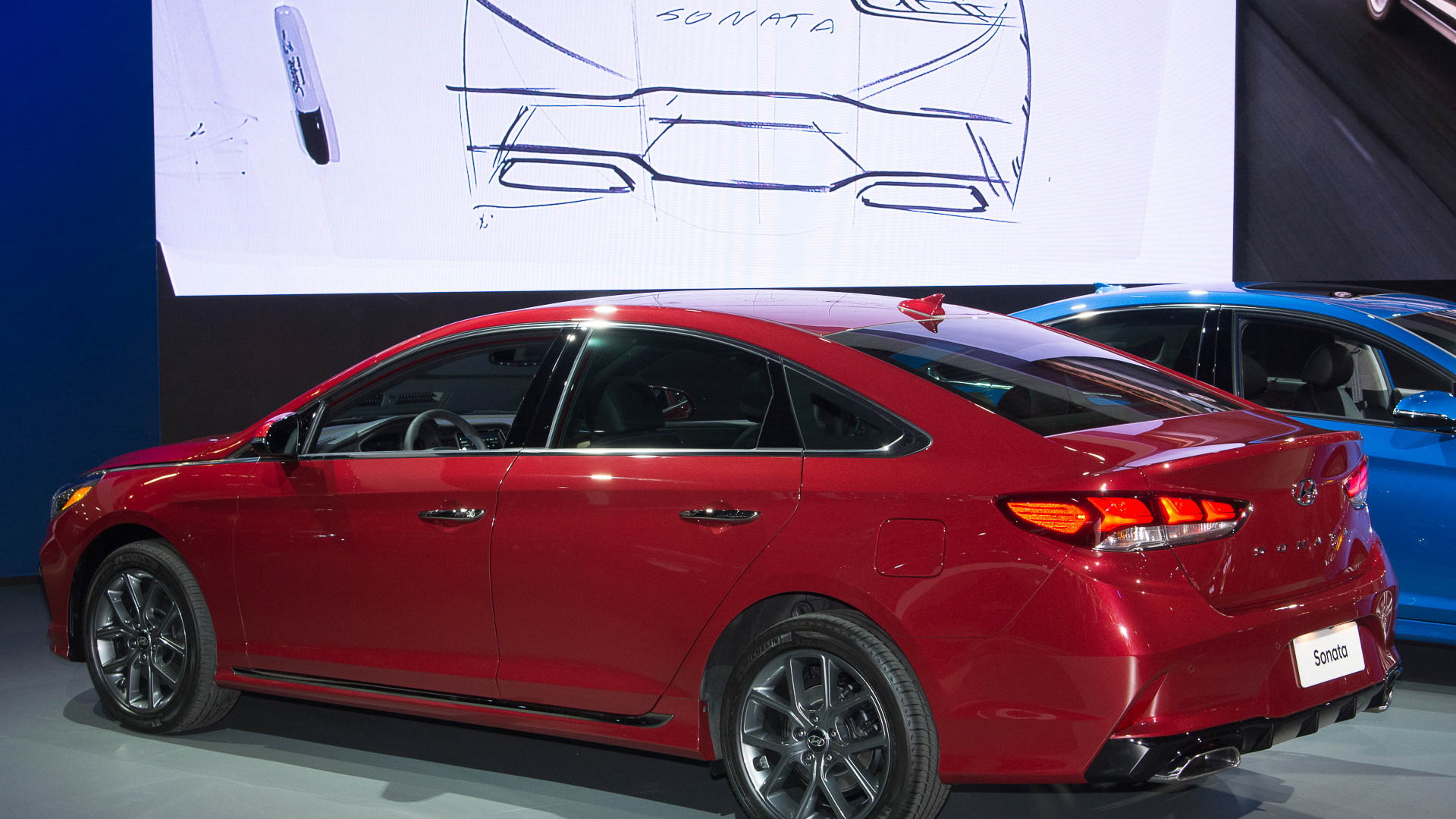 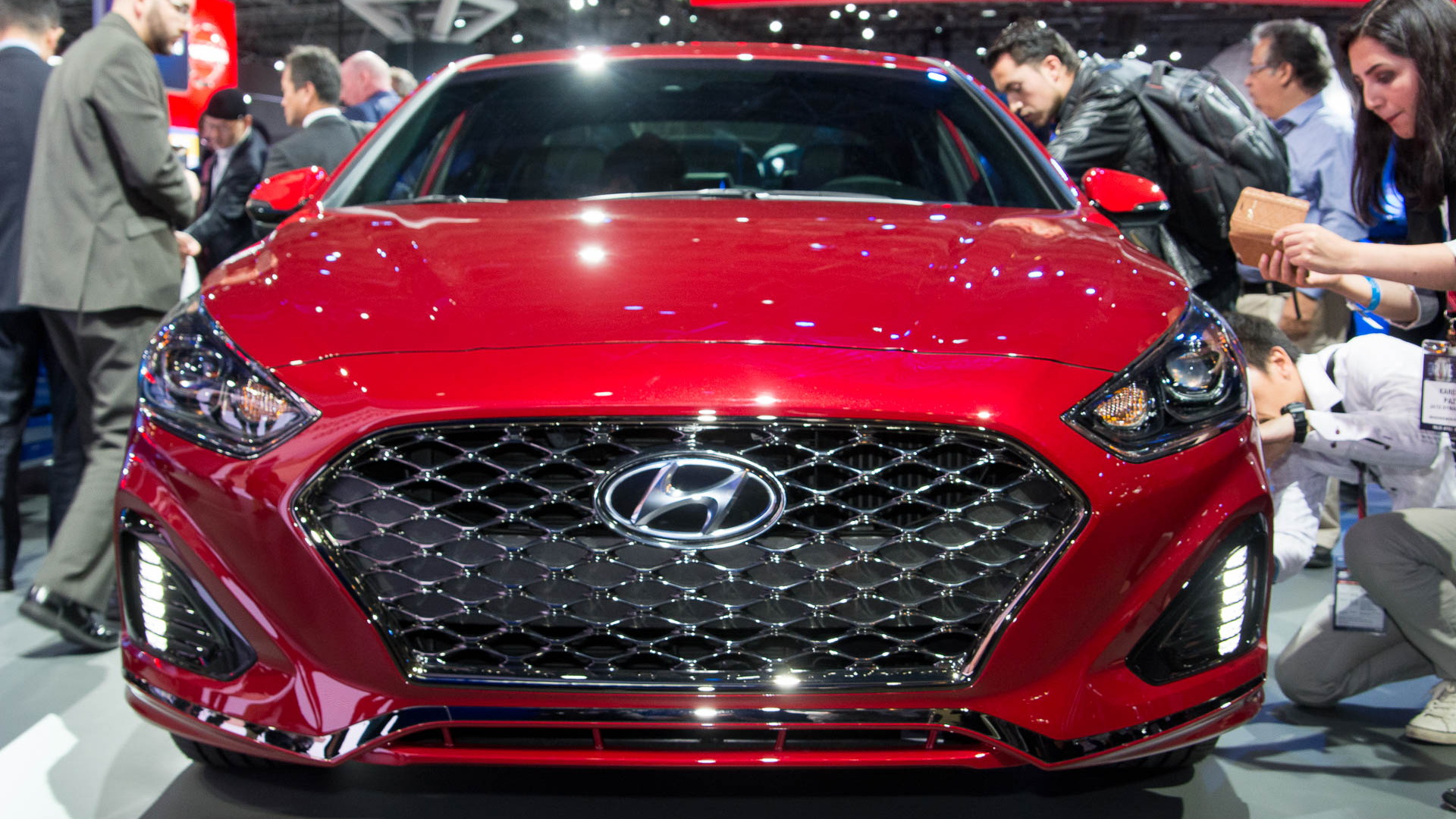 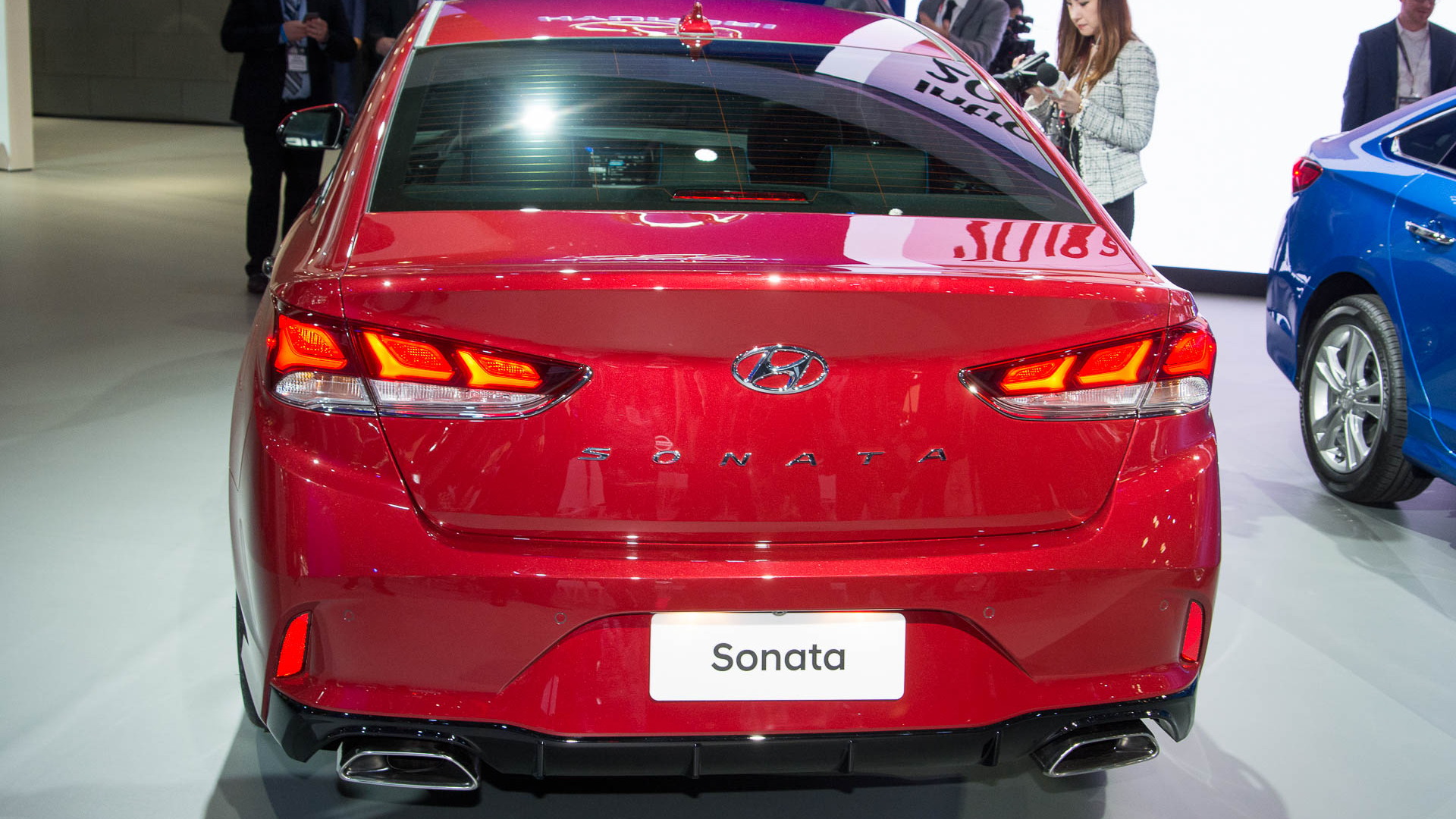 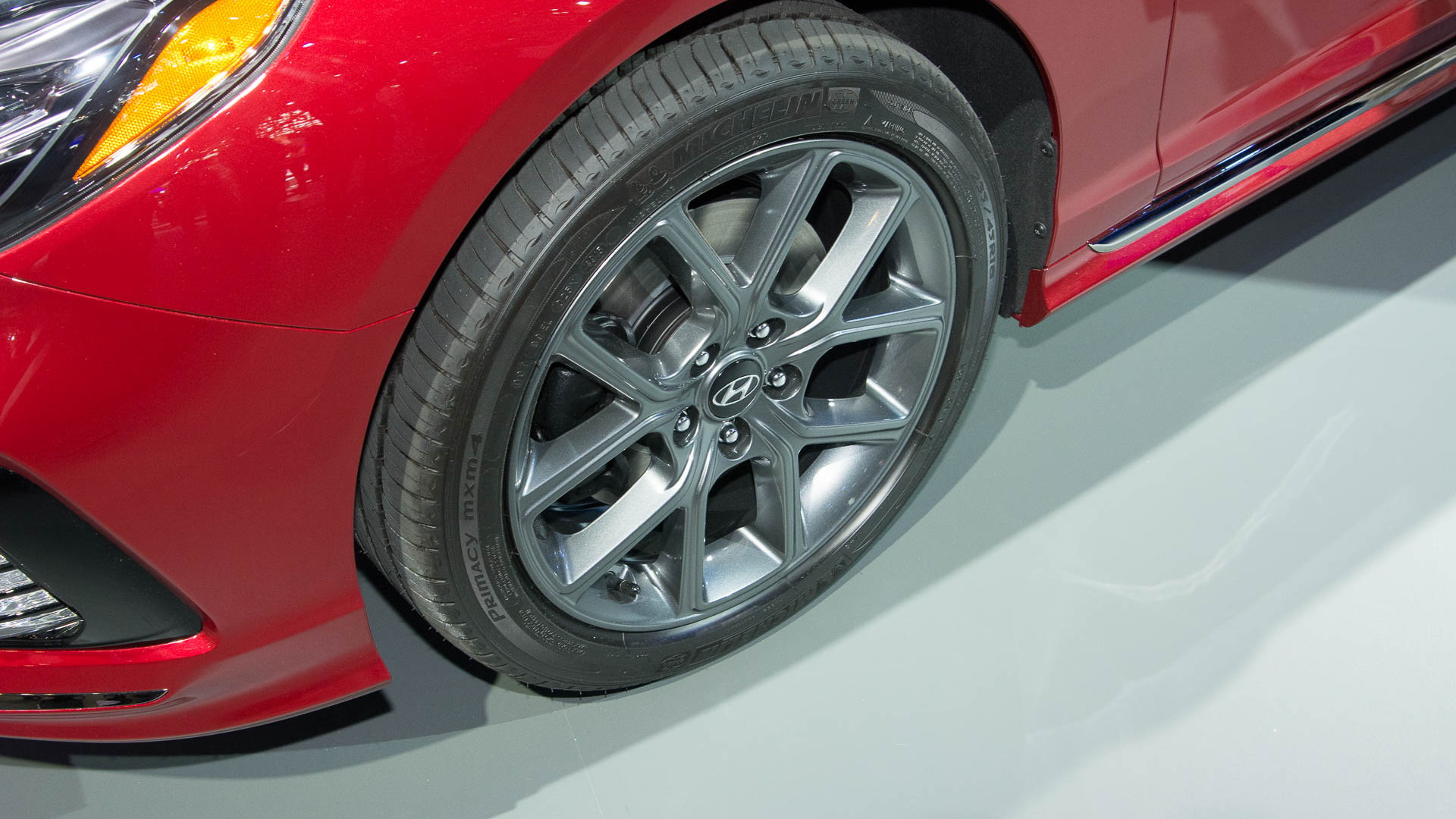 Following its world debut a month ago in Korea, Hyundai’s updated Sonata has now landed in the United States. It made its local debut on Wednesday at the 2017 New York auto show where Hyundai confirmed a few of the specs.

Due on sale later this year, as a 2018 model, the car is an updated version of the Sonata that we first saw at the 2014 N.Y. auto show—a car that despite being a competent performer has been criticized for being a little on the dull side when it comes to looks. Unsurprisingly, the updates bring extensive changes to the styling, along with some mechanical and safety updates to keep the Sonata in line with newer rivals.

It’s clear the designers have adopted the handsome look of the smaller Elantra and Accent, including almost identical treatments for the lights and grille. The latter, referred to as a “cascading” grille, features a mesh pattern on the Sonata Sport 2.0T model. Also new to the Sonata range are available LED headlights. 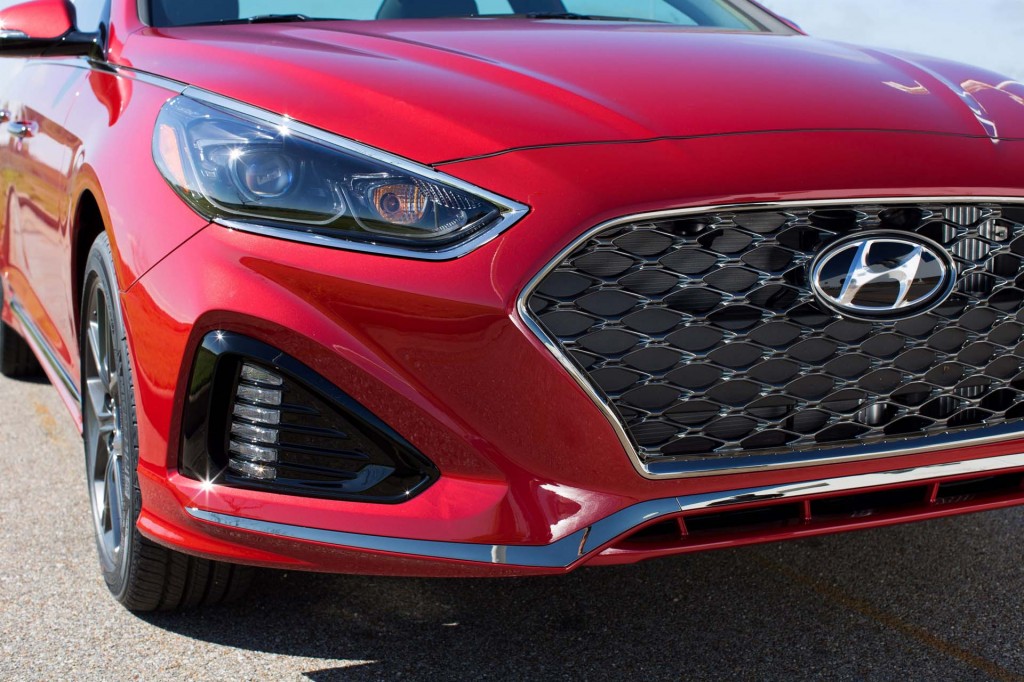 Other tweaks added to the Sport 2.0T to differentiate it from the standard Sonata include dark chrome molding for the lower side body, door handles and rear lamp molding. The rear diffuser and dual exhaust tips are also adorned with chrome. In other markets, this model is referred to as the Sonata Turbo.

For the interior, the center stack has been revised and features new controls for the climate functions. A standard 7.0-inch (8.0-in available) touchscreen sits above this and serves as the main hub for the infotainment system. Other changes include new trim options and revised steering wheel designs. In the Sport 2.0T, a flat-bottomed steering wheel and bolstered front seats are featured.

The cabin of the updated Sonata also benefits from new connectivity features. These include an additional USB charging port located at the rear of the center console, an available wireless charging pad, and Apple CarPlay and Android Auto smartphone integration. Available navigation systems also now come with a bird’s eye view feature as well as traffic flow and incident data—all subscription free. 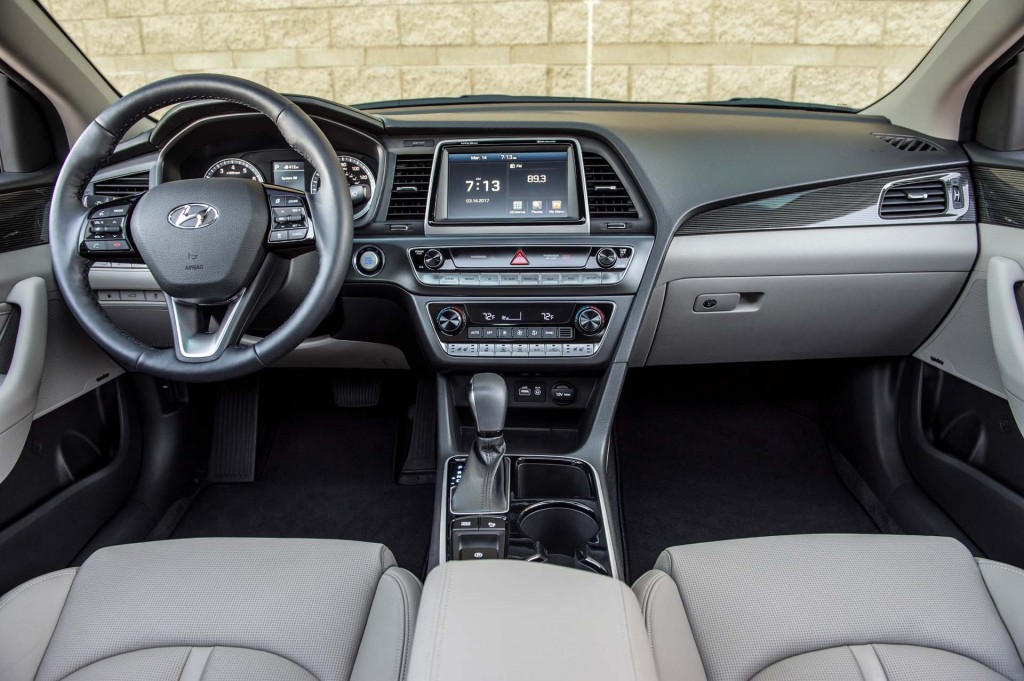 The powertrains remain unchanged but an 8-speed automatic replaces the 6-speed automatic on models equipped with the turbocharged 2.0-liter inline-4, such as the Sonata Sport 2.0T. Models fitted with this engine also get 18-inch wheels shod with Michelin tires. The engine is rated at 245 horsepower and 260 pound-feet of torque.

The designers also made some extensive chassis tweaks to improve ride and handling. These include thicker rear suspension components, new bushings, and steering recalibrated for improved responsiveness and on-center feel.