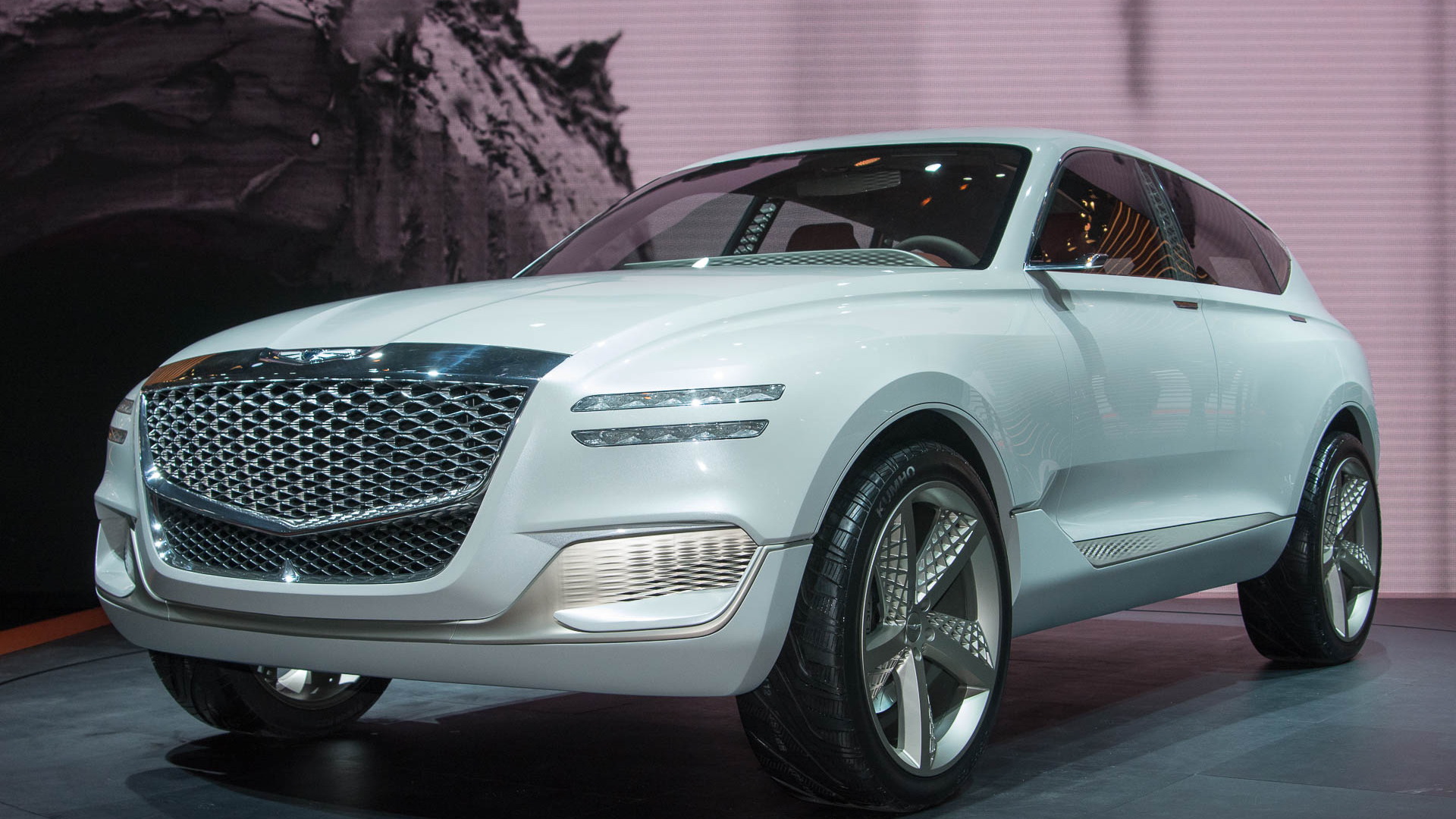 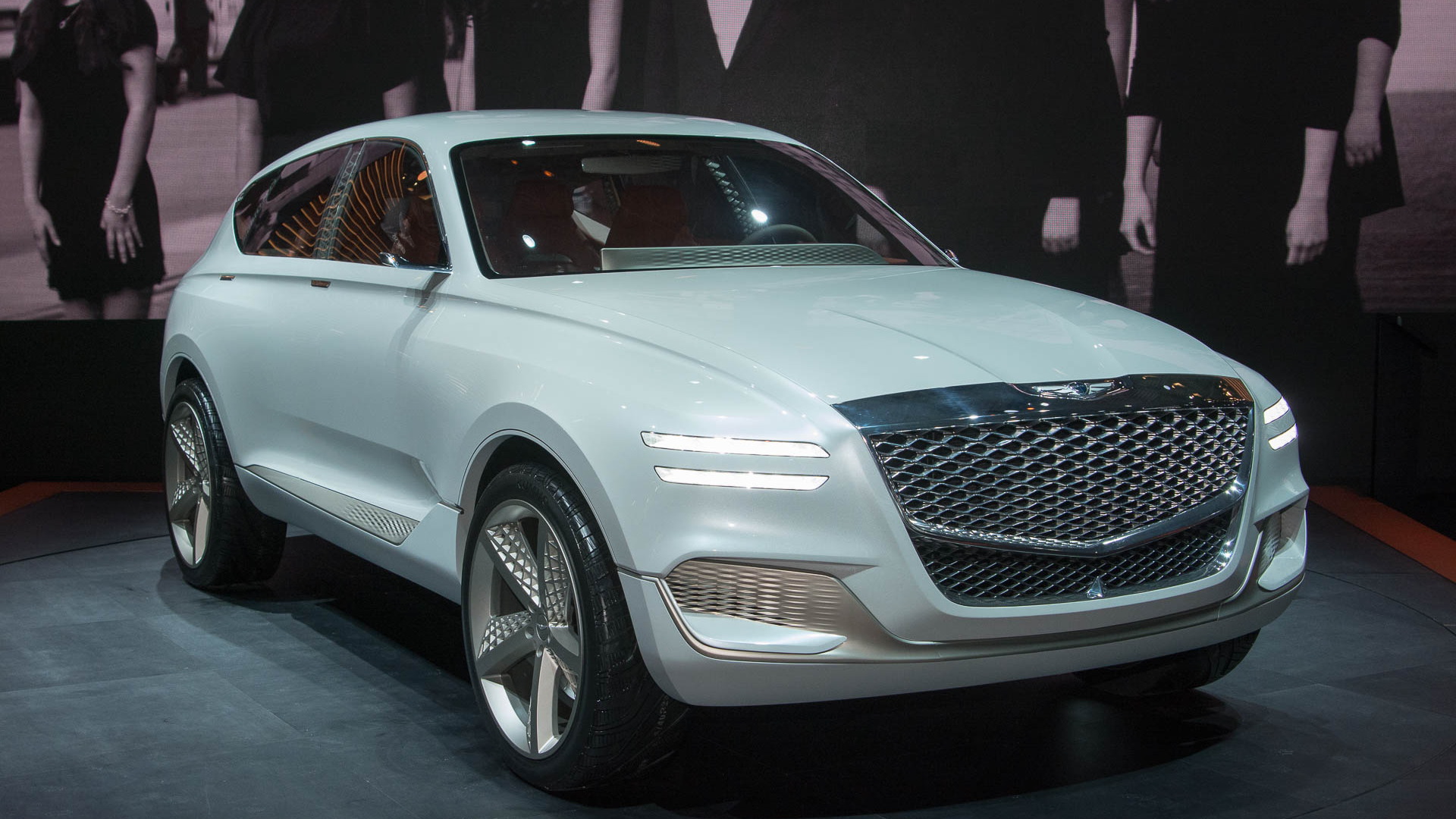 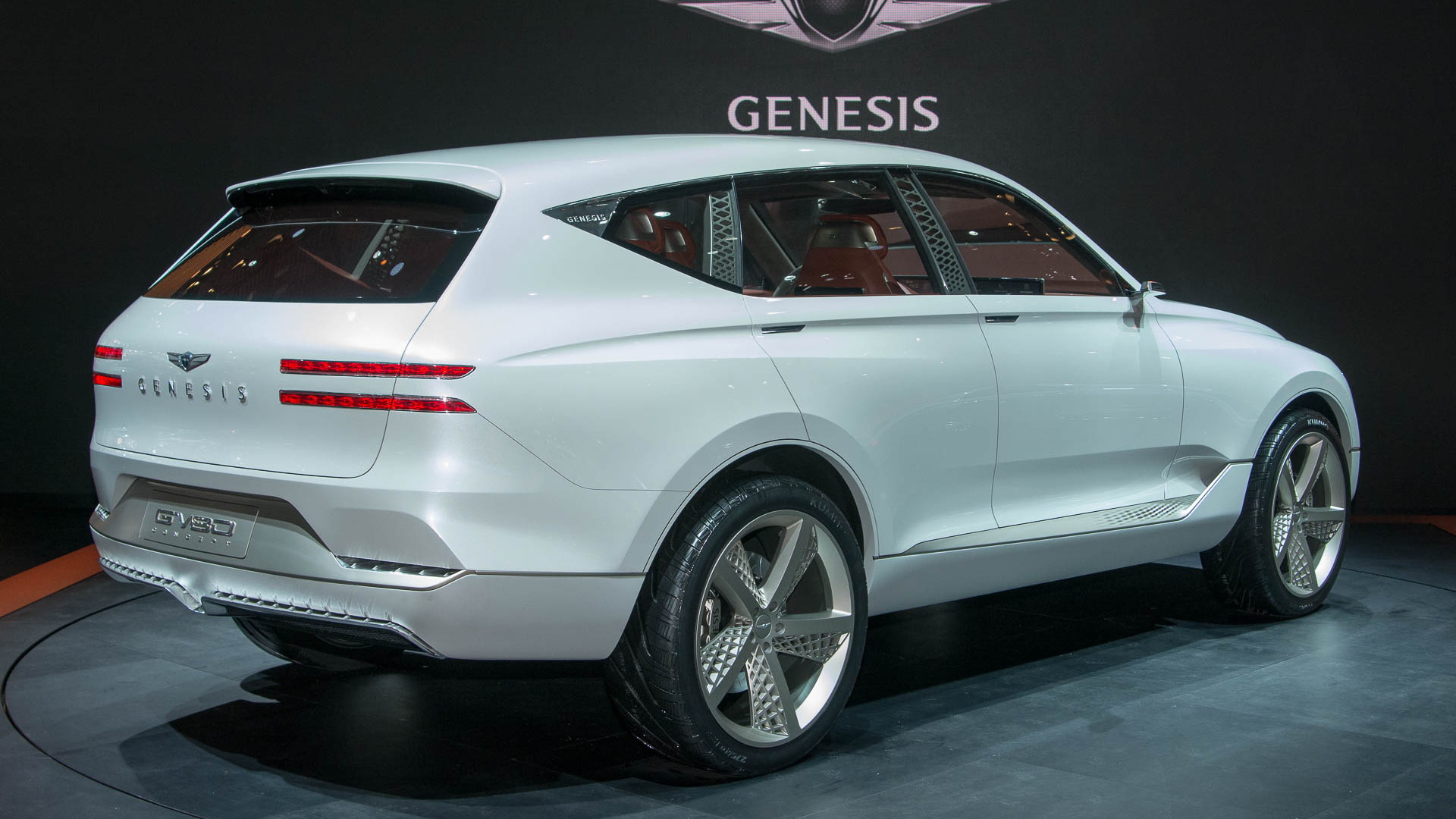 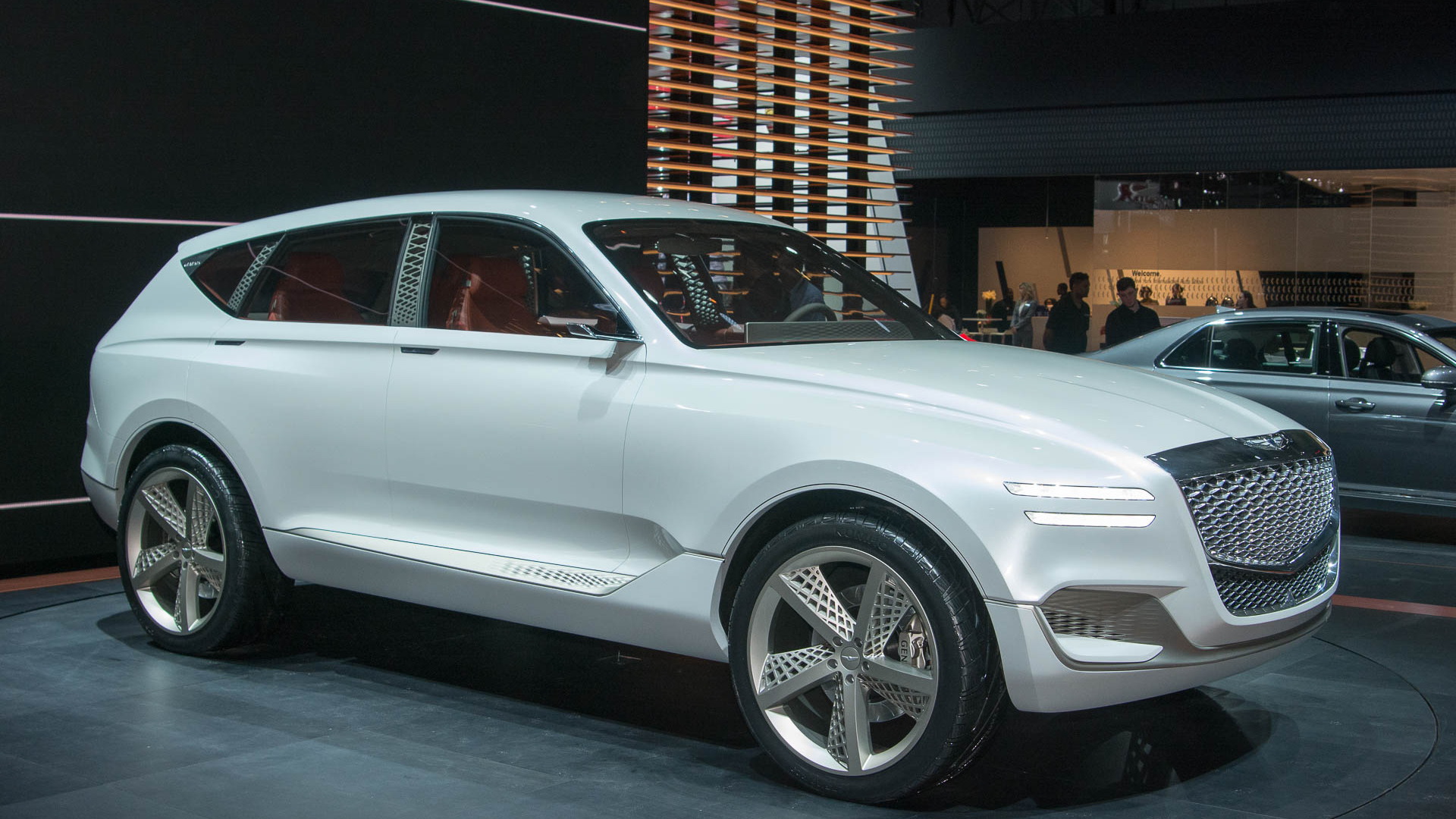 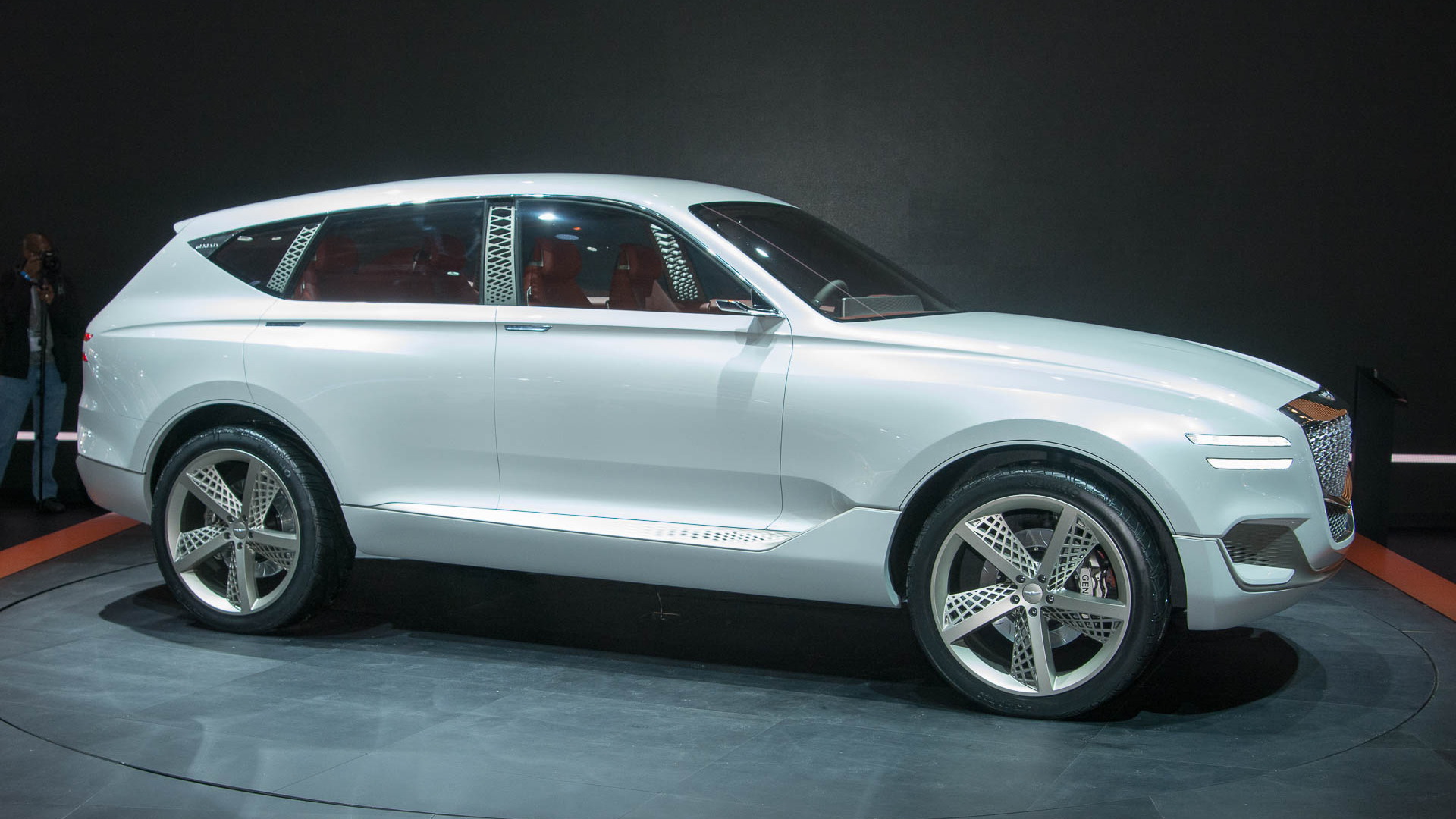 Genesis has given us our first taste at one of its upcoming SUVs with the GV80 concept car unveiled on Wednesday at the 2017 New York auto show.

The concept also introduces the naming strategy for Genesis’ SUVs, with the “G” representing the Genesis brand, the “V” the extra versatility of an SUV, and the “80” the positioning in the brand’s lineup.

In New York, Genesis boss Manfred Fitzgerald said the GV80 will arrive in production form within the next two years. By then, Genesis will already be selling its new G70 small sedan.

Genesis’ “athletic elegance” design philosophy lends itself quite well to the SUV form factor, though it remains to be seen how much of the concept’s lines transfer over to the production model. Up front is Genesis’ “crest” grille which features a diamond pattern. This is flanked by split headlights made up of LEDs. The look is called "quad lamps" and is to become a signature feature of future Genesis cars. One interesting element is the structural truss design for the roof pillars which can be seen from inside the vehicle.

The interior features an open design and is dominated by a 22-inch curved display at the top of the dash. It’s joined by a second screen that forms the main instrument cluster. The 22-inch screen presents two distinct zones, providing separate driver and passenger experiences. Interacting with the screen can be done by touching the thin metal strips in the center console. There is also a controller wheel whose center is a concave glass touchpad.

Genesis says the GV80 concept is powered by a fuel cell but hasn’t released any additional details.

For more action from the N.Y. auto show, head to our dedicated hub.