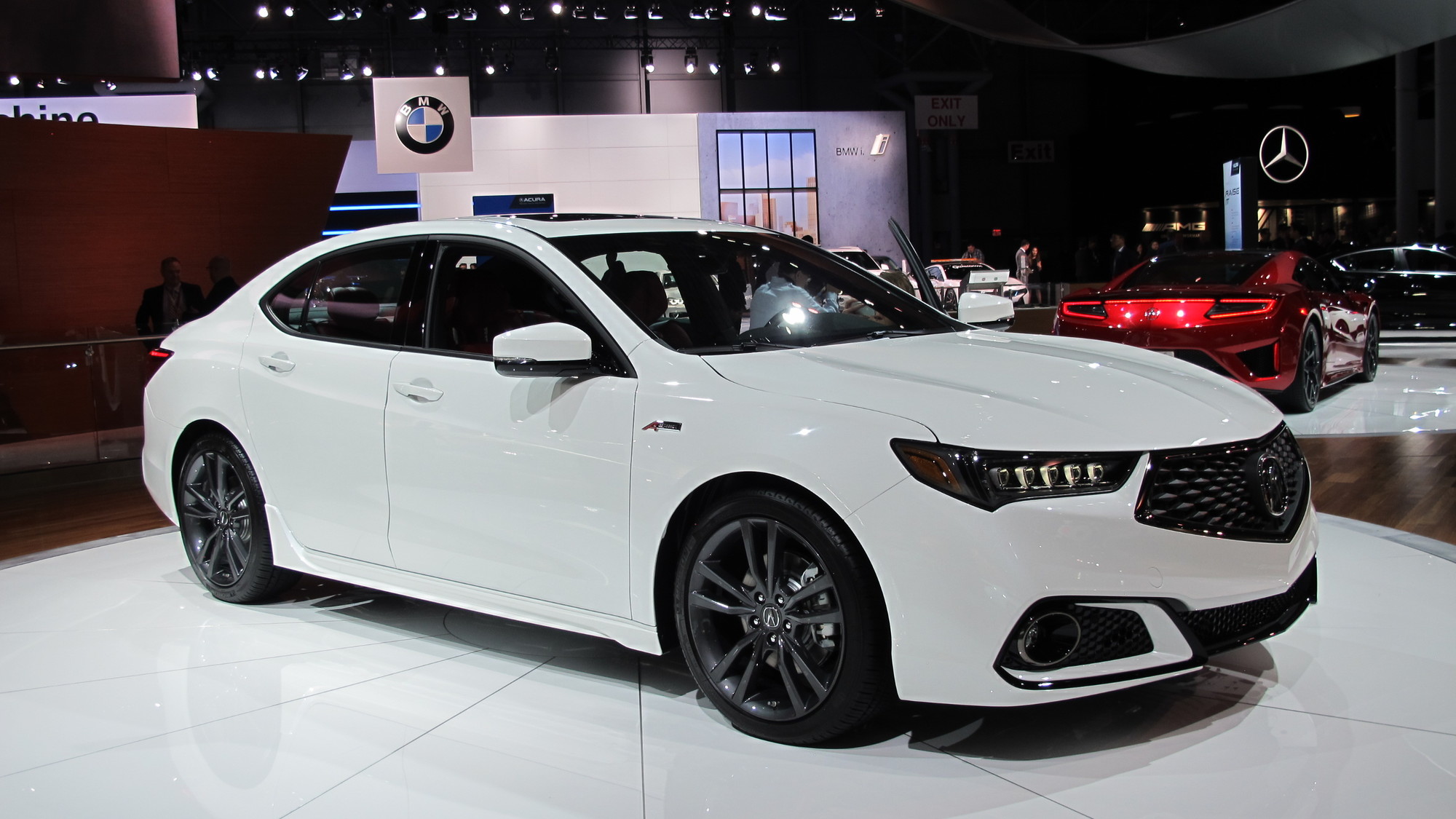 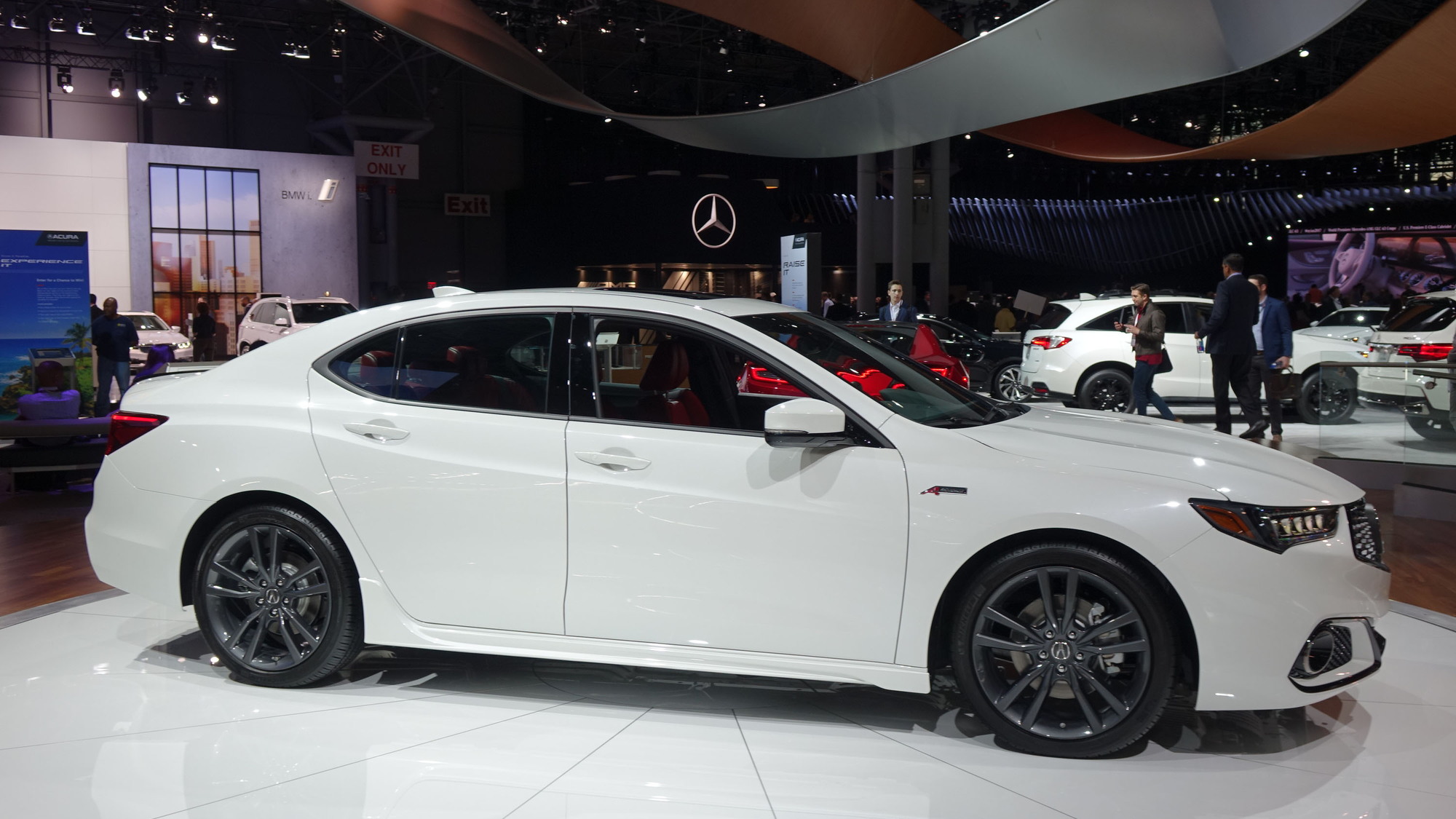 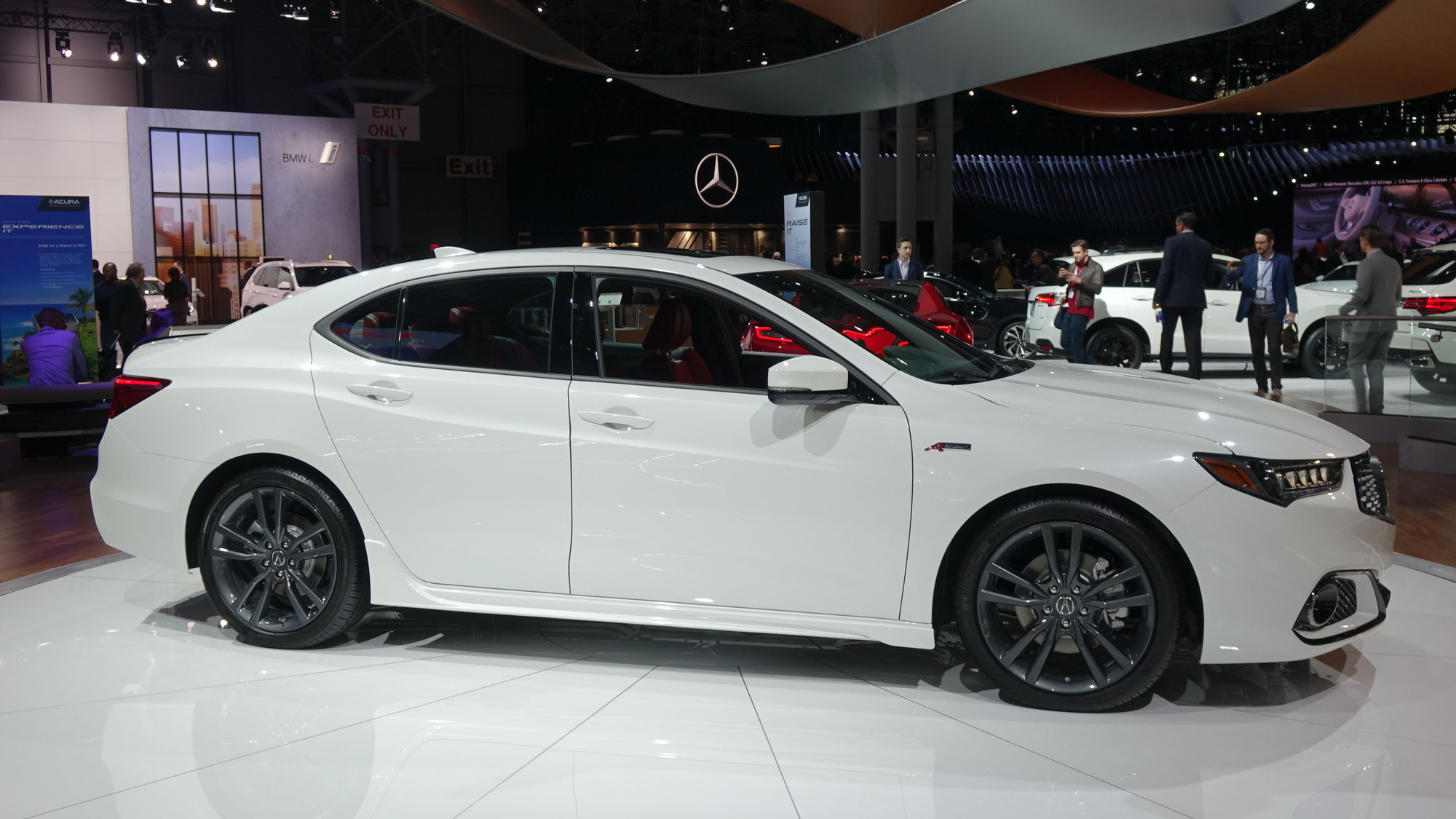 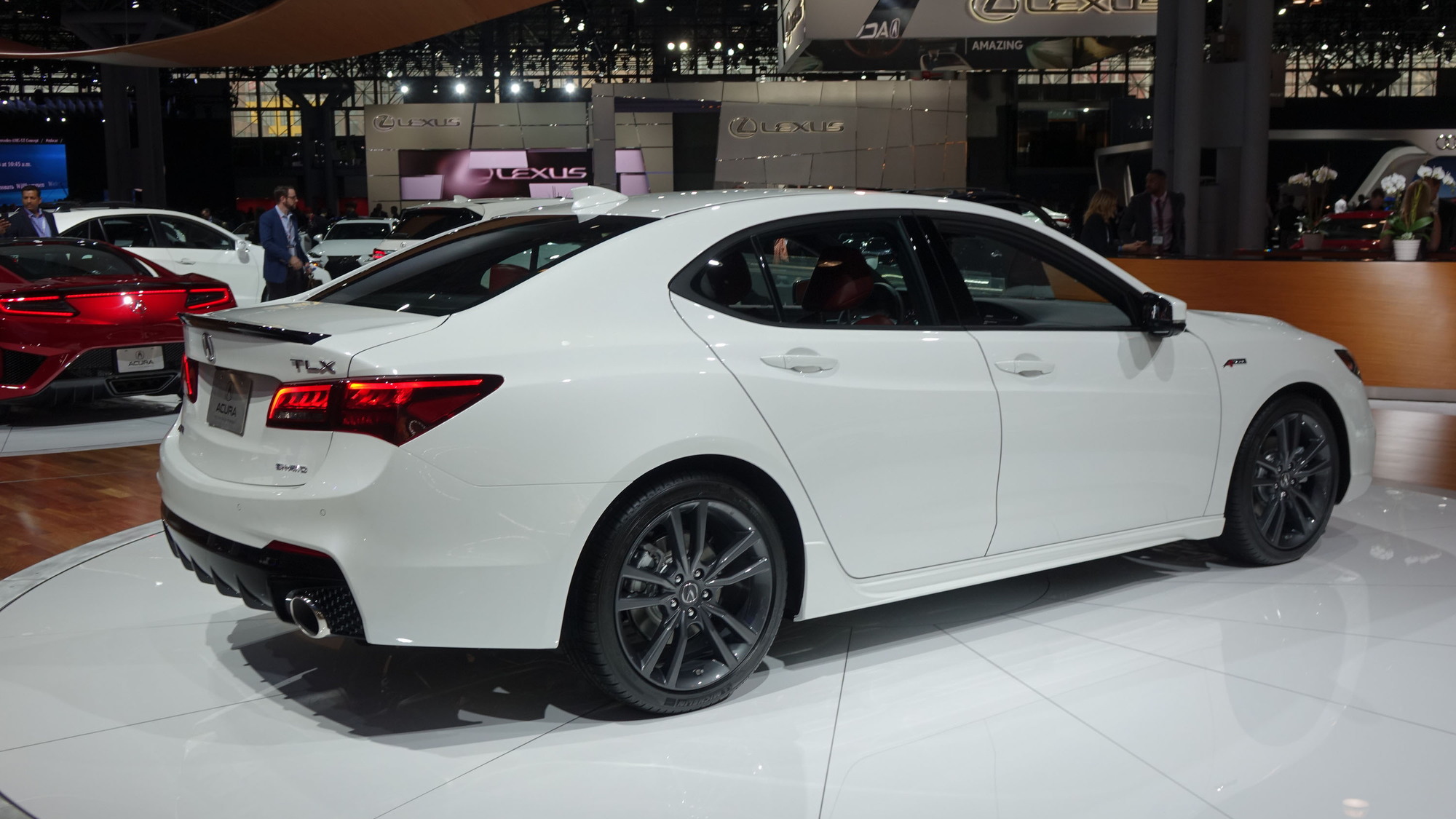 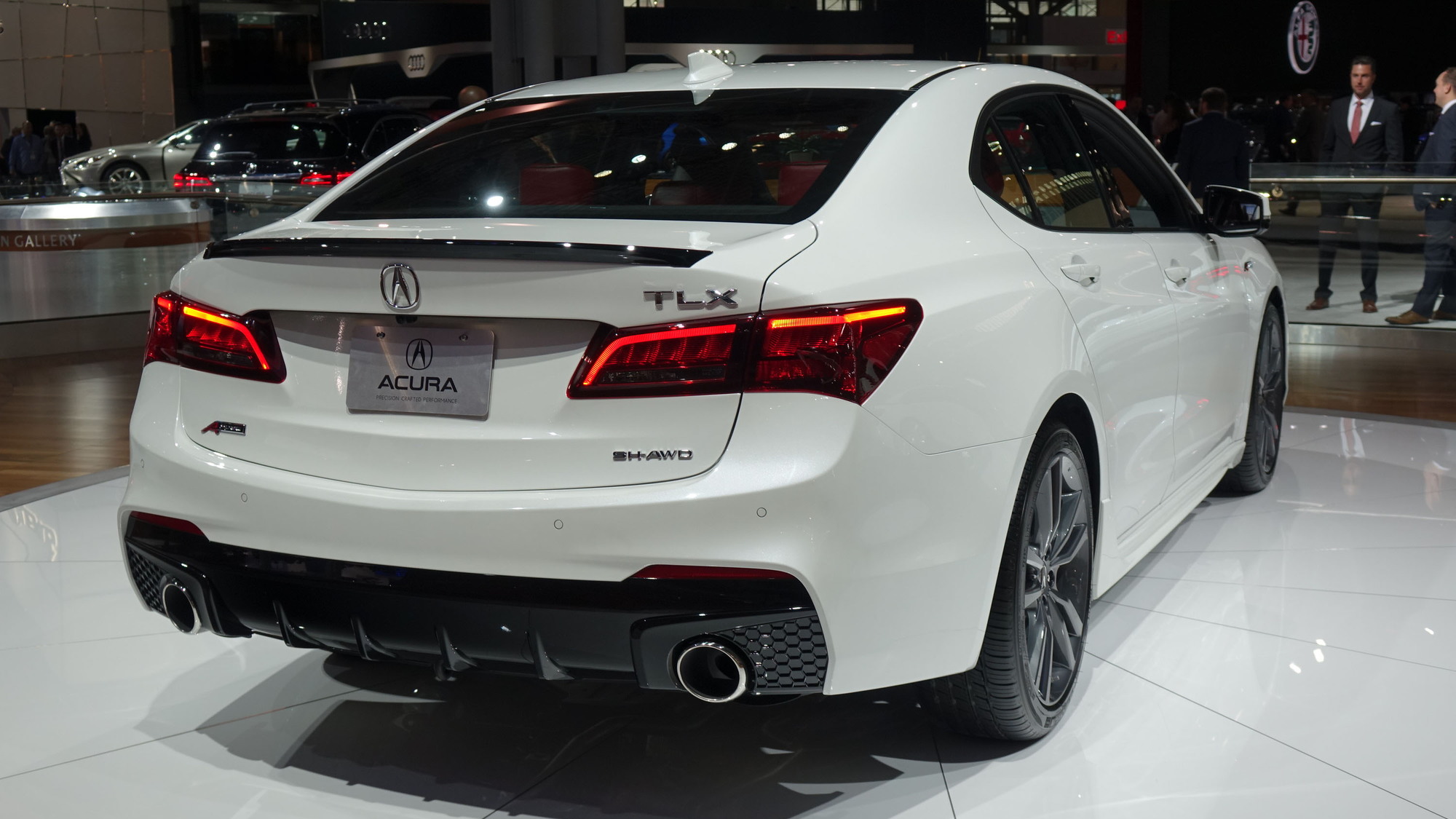 The Acura TLX is a safe choice for buyers looking for a mid-size sedan with a bit of luxury thrown in, though it doesn’t manage to conjure much excitement. Acura is hoping to fix that with a substantial update for the 2018 model year.

Revealed on Wednesday at the 2017 New York auto show, the updated TLX adopts the aggressive look of Acura’s Precision Concept unveiled at the 2016 Detroit auto show and now has greater differentiation between the variants. Acura has also added more tech features.

Starting with the exterior, the angular headlights, grille, and enlarged Acura logo all resemble units used on the imposing Precision Concept. It’s a look that’s already filtered across to the MDX and should feature on more Acuras soon. You’ll also notice the new bumpers and more contoured hood.

There are three variants to choose from. They include a base TLX, a mid-range TLX V6 and a new range-topping TLX A-Spec. The powertrains carry over, which means the base TLX gets a 206-horsepower 2.4-liter inline-4 while the TLX V6 and new TLX A-Spec feature the 290-horsepower 3.5-liter V-6. The inline-4 is paired with an 8-speed dual-clutch transmission, while the V-6 is linked to a 9-speed automatic.

The designers have attempted to differentiate the variants with different bumpers, grille finishes, and wheel sizes. For example, the base TLX gets 17-inch wheels and a diamond pattern in the grille, while the TLX A-Spec has 19-inch wheels with 245-mm wide rubber, plus round fog lights in the front bumper and a body kit. The suspension and electronic power steering on the TLX A-Spec have also been tweaked to enhance handling.

The TLX A-Spec benefits from unique treatments in the cabin as well. The trim can be ordered in red or black and includes leather on most surfaces, plus some Alcantara. A thick-rimmed sport steering wheel has been installed, and Acura has included some normally optional features as standard.

All 2018 TLX models benefit from a slightly revised interior that sticks with a dual-screen infotainment system that supports Apple CarPlay and Android Auto smartphone integration. Acura says the infotainment system software has been redesigned so that the menus and commands are more intuitive and response time is quicker. The cars also come with numerous electronic driving aids as standard. The list includes adaptive cruise control, automatic emergency braking, forward collision warning, and lane keep assist.

Sales of the 2018 Acura TLX commence in June. We’re not expecting prices to deviate much from current levels. This means the 2018 model’s starting price should stay close to the 2017 model’s $32,820 sticker.