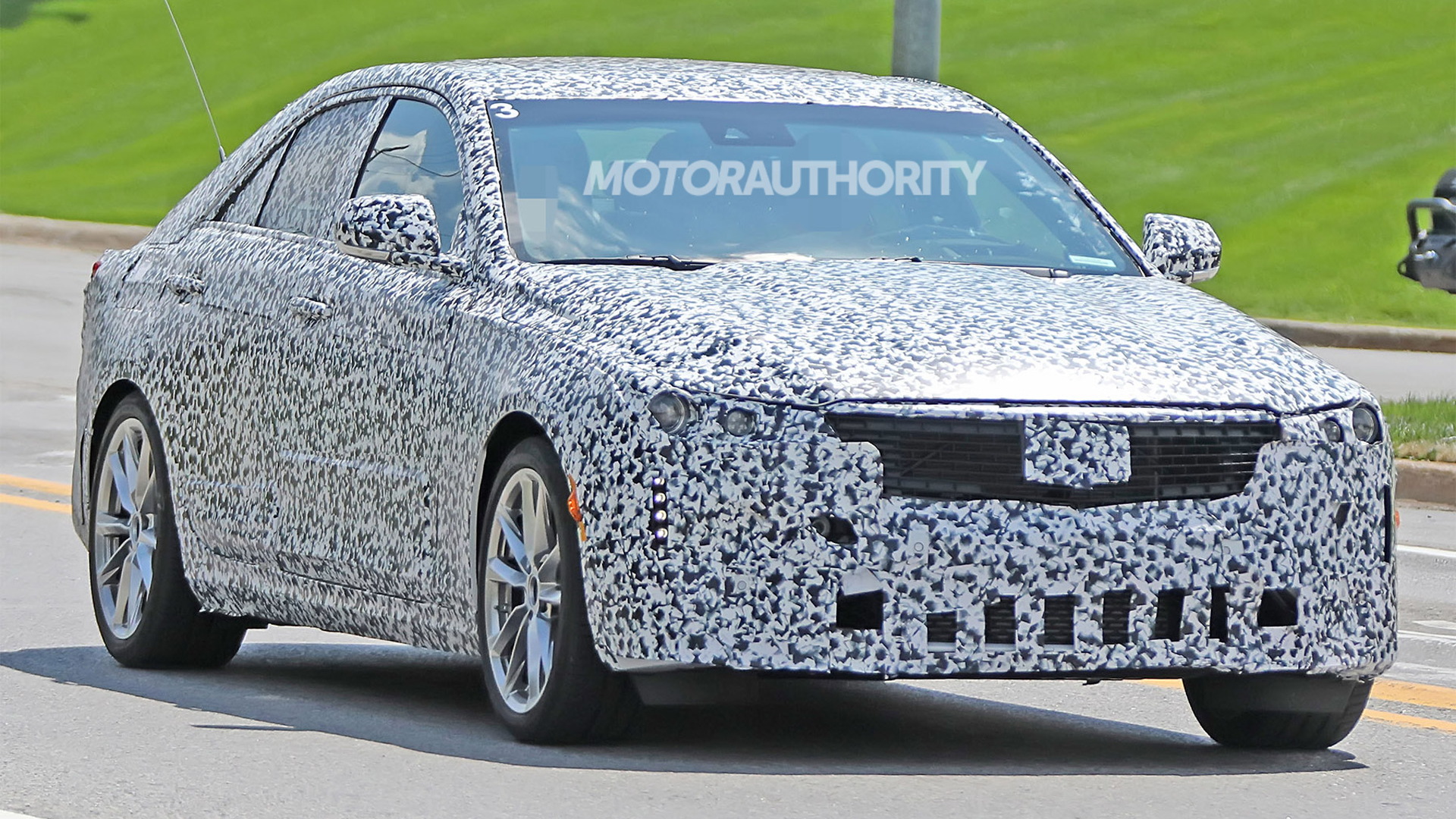 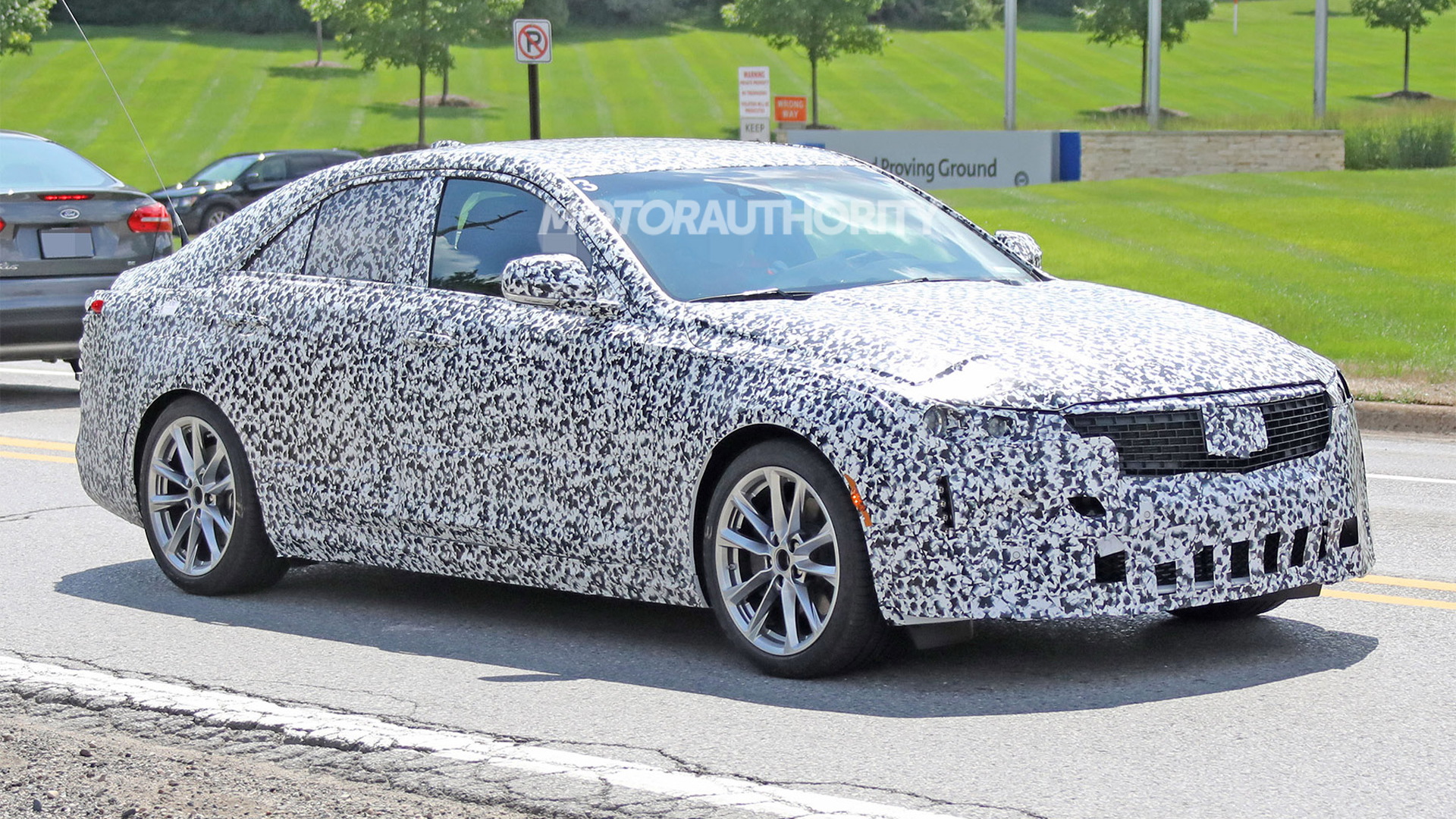 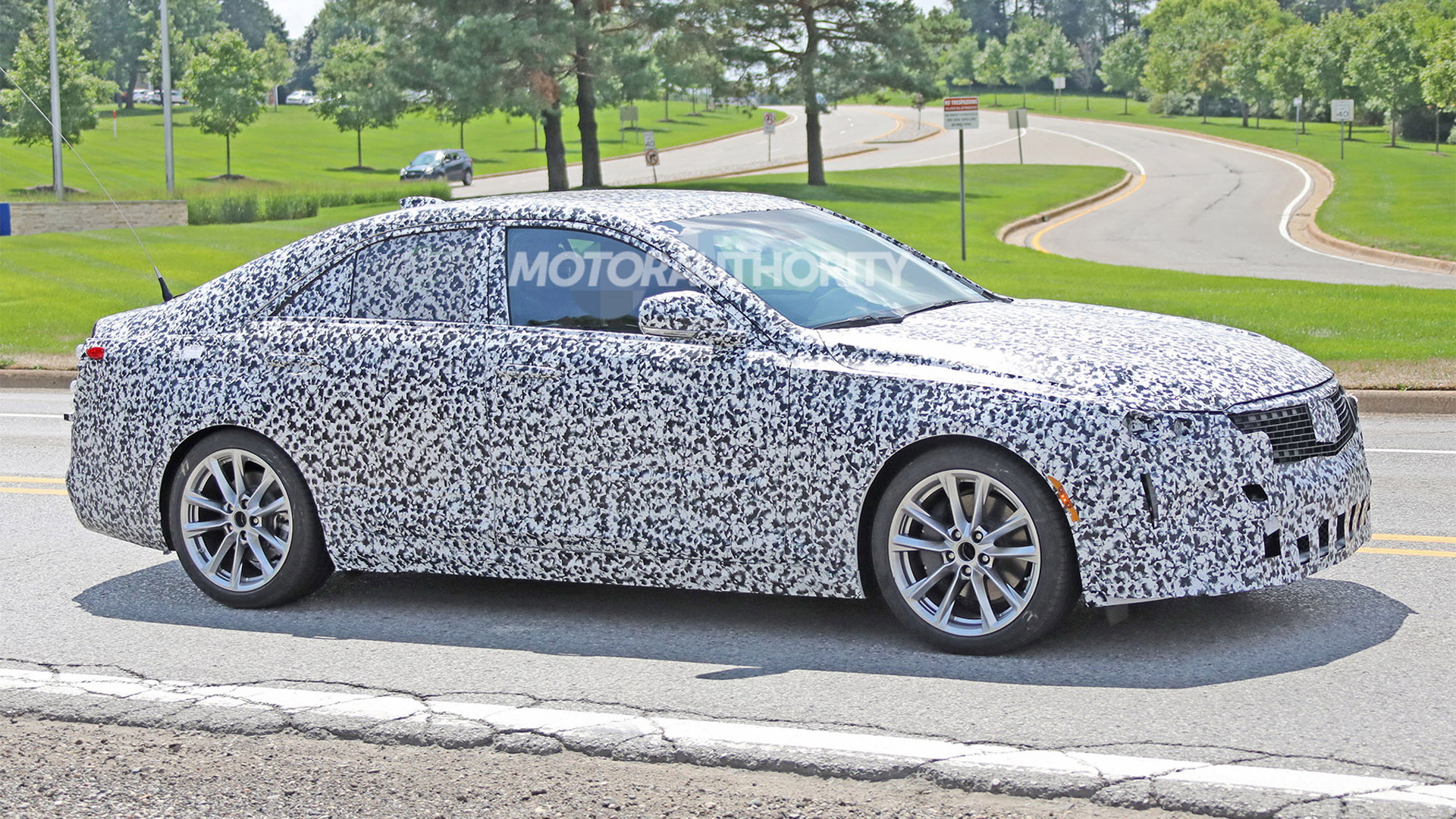 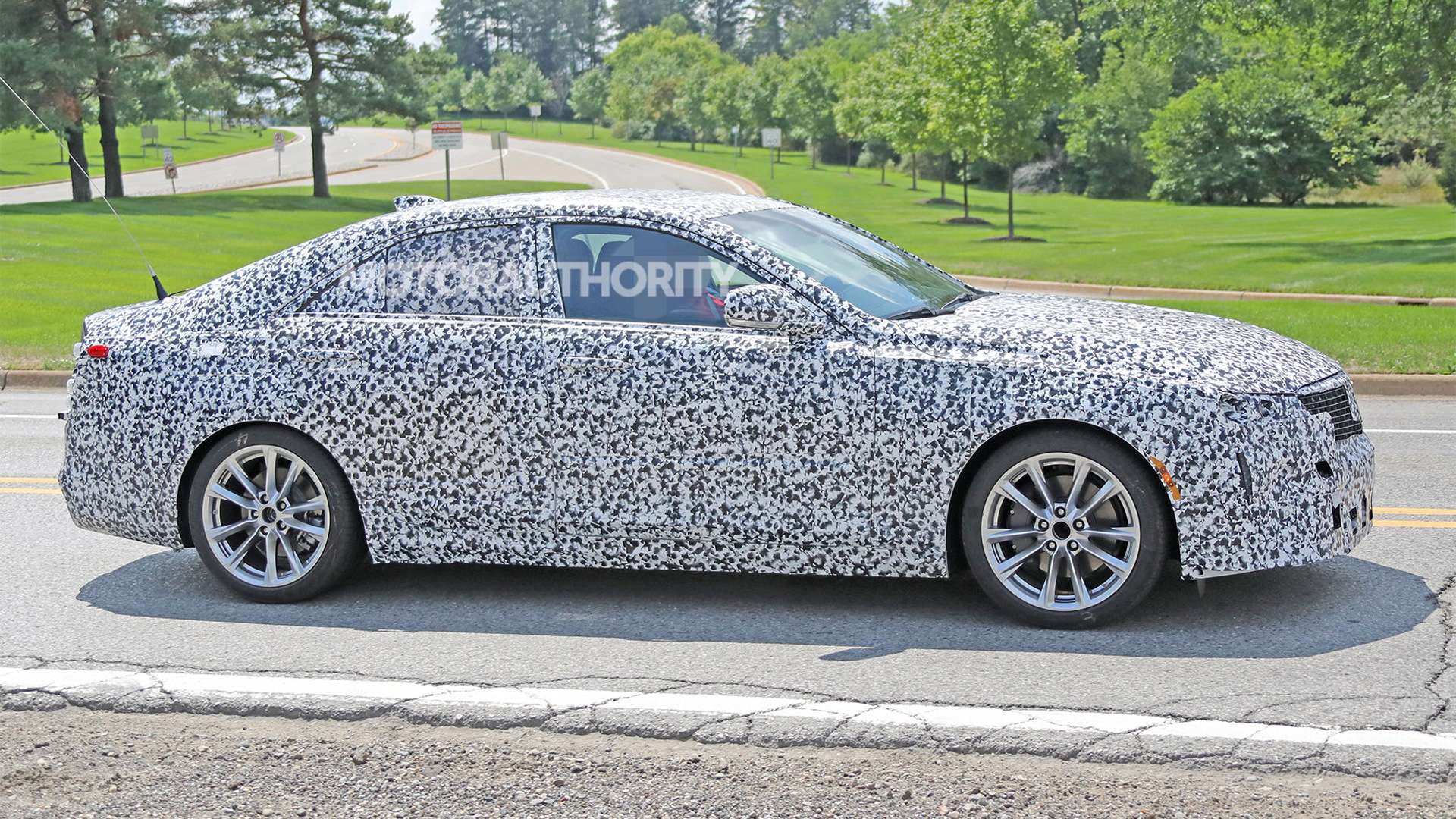 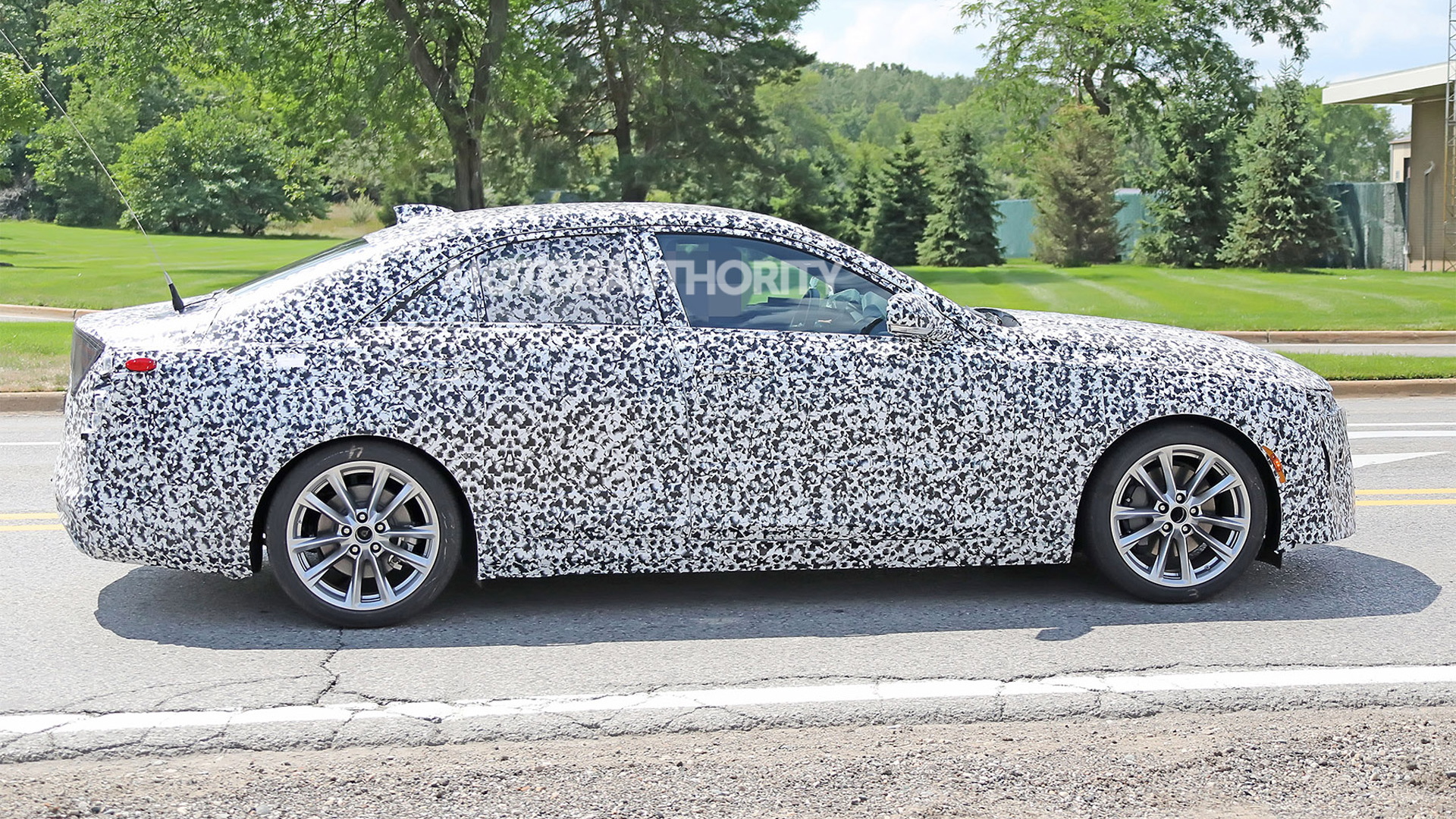 Cadillac's new small sedan has been spotted for the first time.

The car will serve as a direct replacement for the ATS and will likely carry the CT4 name into production. It is expected on the market in late 2019 as a 2020 model.

Cadillac has previously referred to the car as a compact but it will be bigger than compact offerings already on the market like the Audi A3 and the soon-to-be-launched Mercedes-Benz A-Class. Pricing should be competitive with these rivals, i.e. starting in the low-$30,000 bracket, thus continuing Cadillac's strategy of offering the most car for the buck.

The prototype may look like earlier testers of the mid-size CT5 (shown above) on first glance but a closer inspection reveals this as an entirely different car. The CT4 sports a more traditional three-box sedan design while the CT5 is more coupe-like thanks to its fastback roof.

The overhangs front and rear along with the doors are all shorter on the CT4, while the car's side mirror caps appear to be taller and a bit more bulky than the sleek design of the CT5. Finally, the license plate mounting sits much lower on the CT4. The inspiration for both is Cadillac's Escala concept from 2016 (shown below).

We can't see the interior but Cadillac's Escala concept likely points the way here as well. The concept featured a wide bar spanning the width of the dash and broken up by three individual display screens. There will be loads of tech in the CT4, too, including Cadillac's impressive Super Cruise electronic driver aid for highways.

Interestingly, the CT4 prototype sports a set of quad-exhaust tips, suggesting this might be a performance-oriented model in testing. Cadillac hasn't said anything about the CT4 but you can count on the car coming with a turbocharged inline-4, possibly as small as 1.5 liters, in base trim and a twin-turbocharged V-6 in a range-topper. An eight-speed automatic and rear-wheel drive should be standard and all-wheel drive available.

Underpinning the CT4 and CT5 is thought to be an updated version of the lightweight Alpha platform found in the ATS and CTS, as well as the Chevrolet Camaro. The updated version of the platform is expected to introduce electrification and potentially the ability to add right-hand drive. Both are important steps in positioning Cadillac as a global player capable of rivaling the German marques.

The CT4 will be built alongside the CT5 at General Motors’ Lansing Grand River Assembly plant, where the CTS and ATS are currently built. The full-size CT6, which was updated for 2019, is built at the Detroit-Hamtramck Assembly plant.