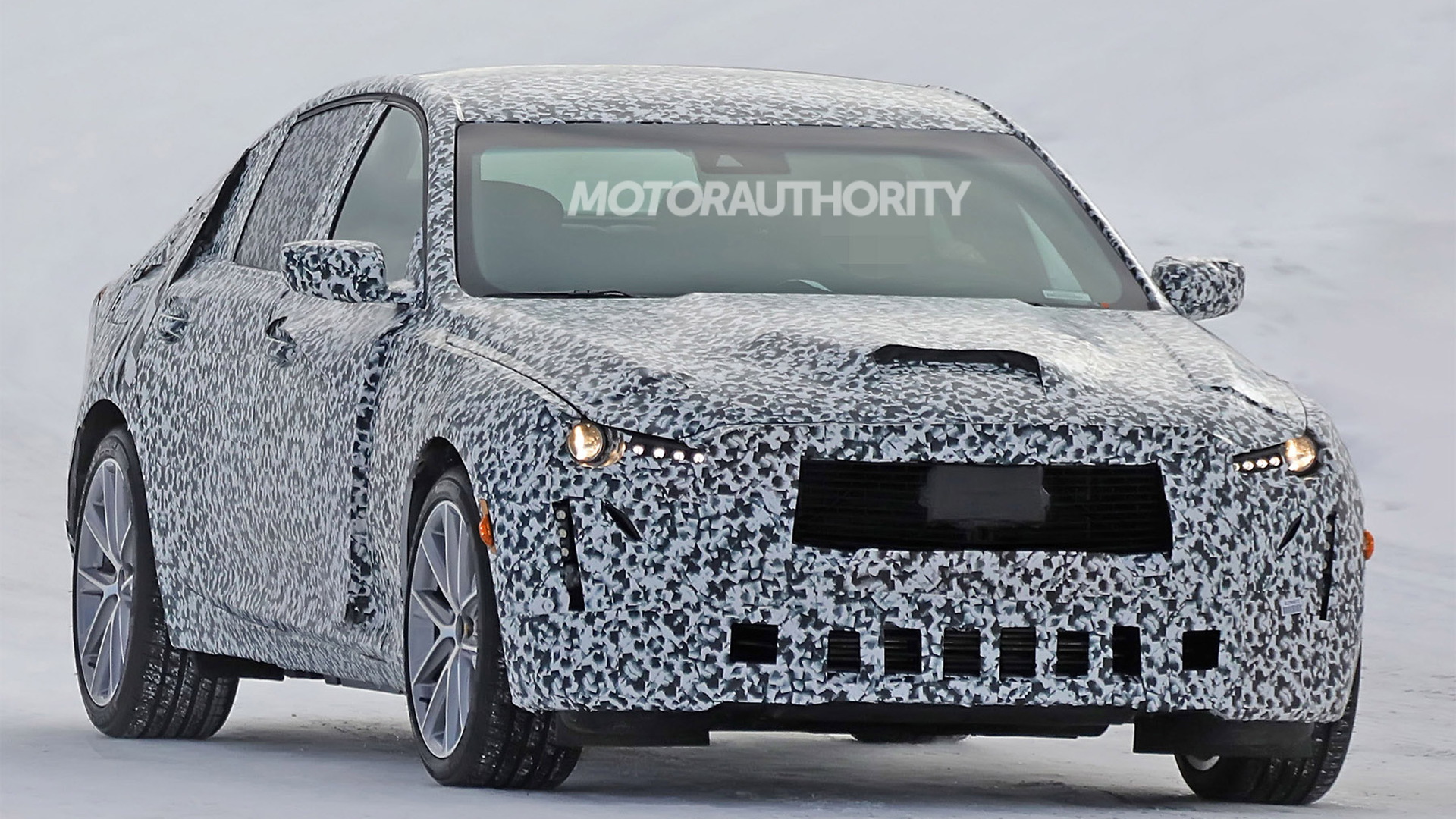 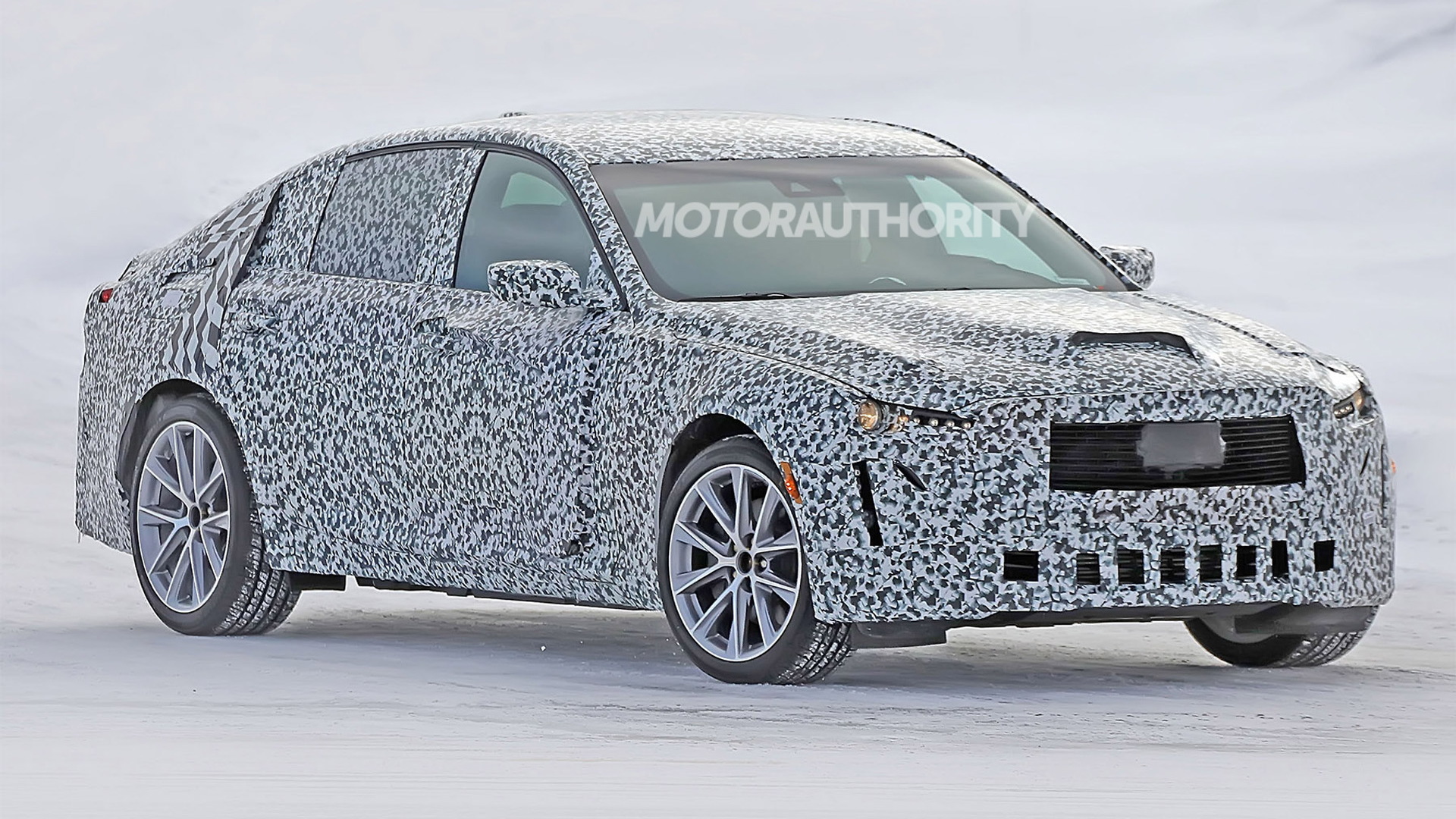 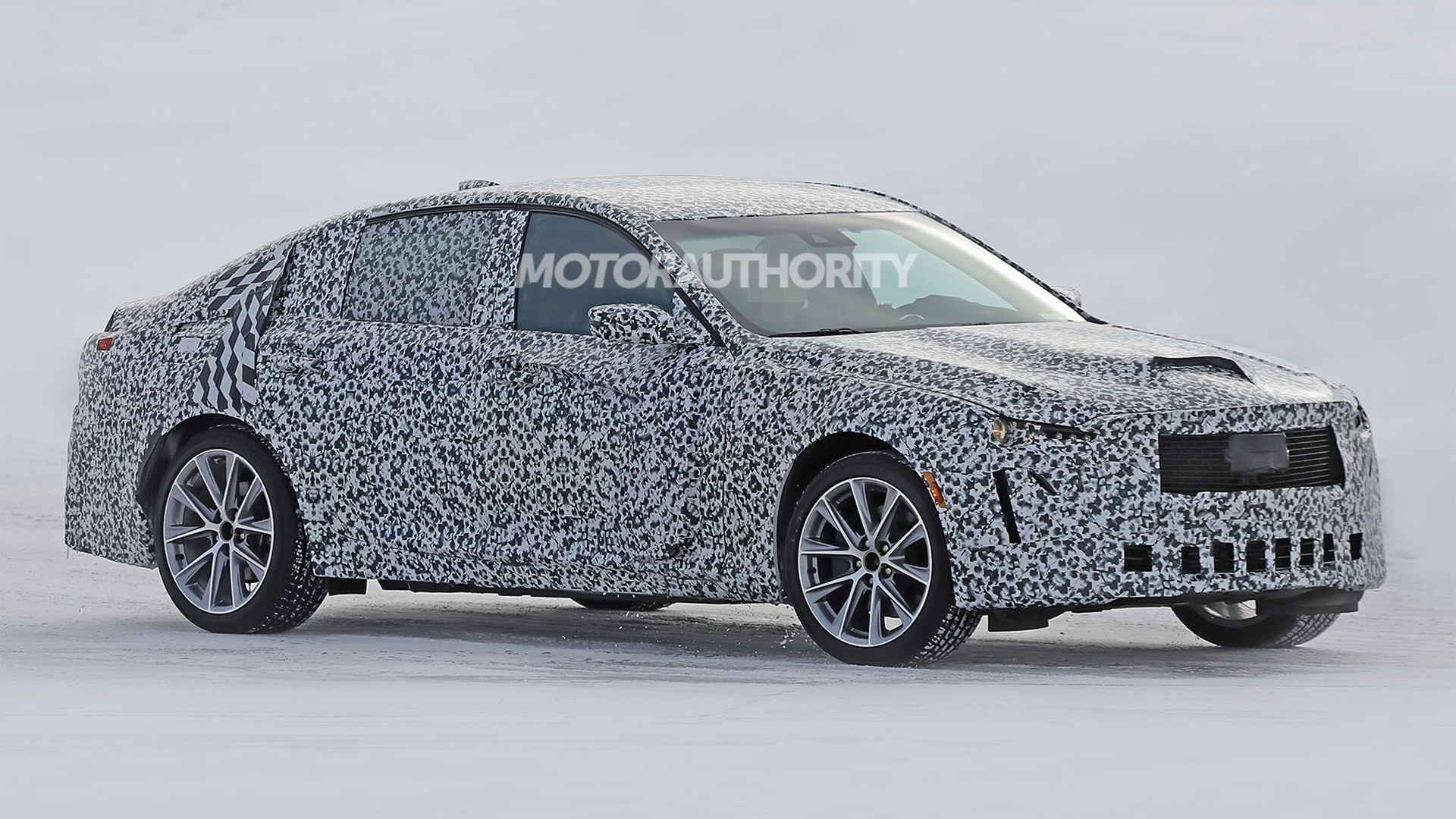 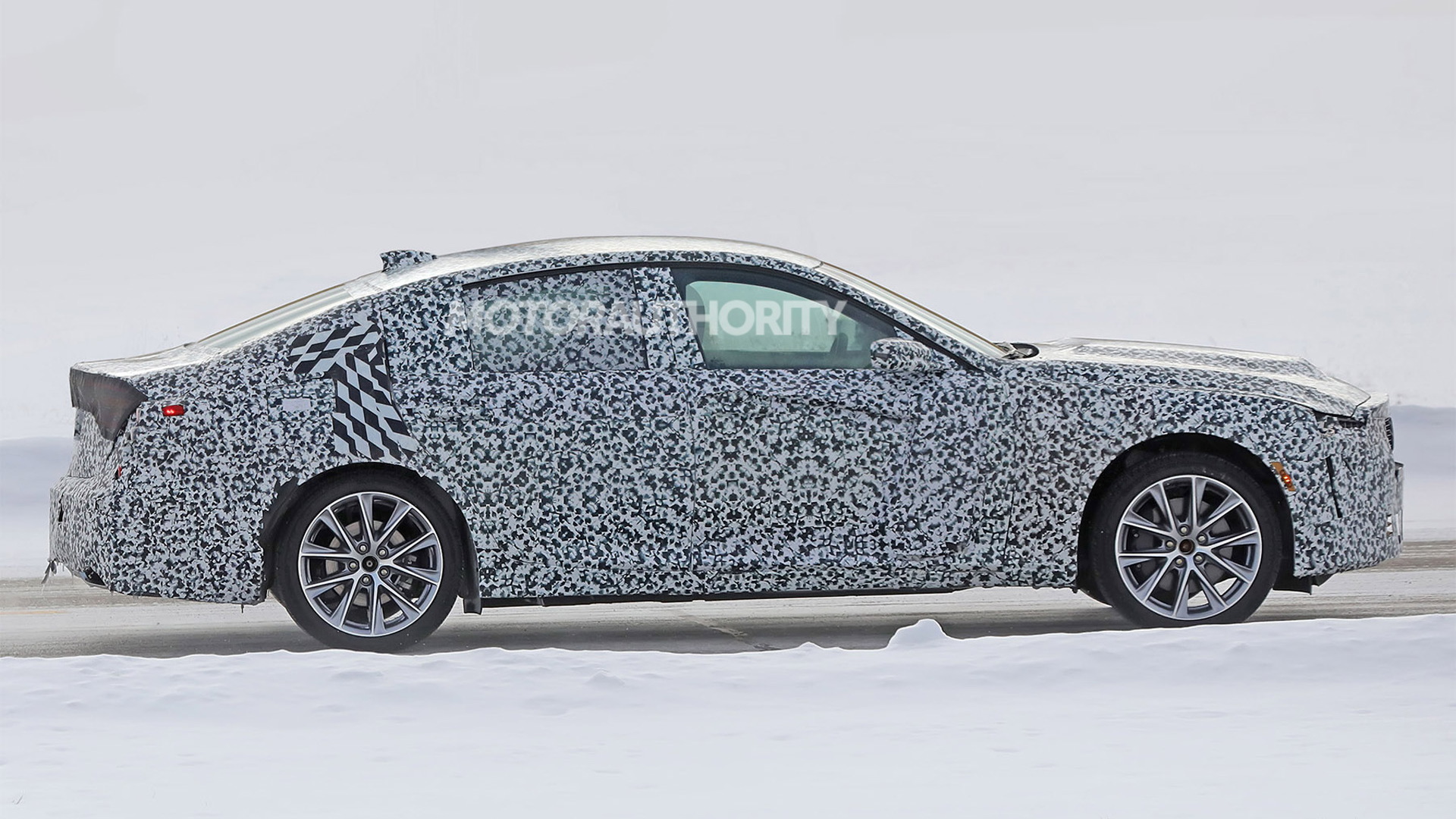 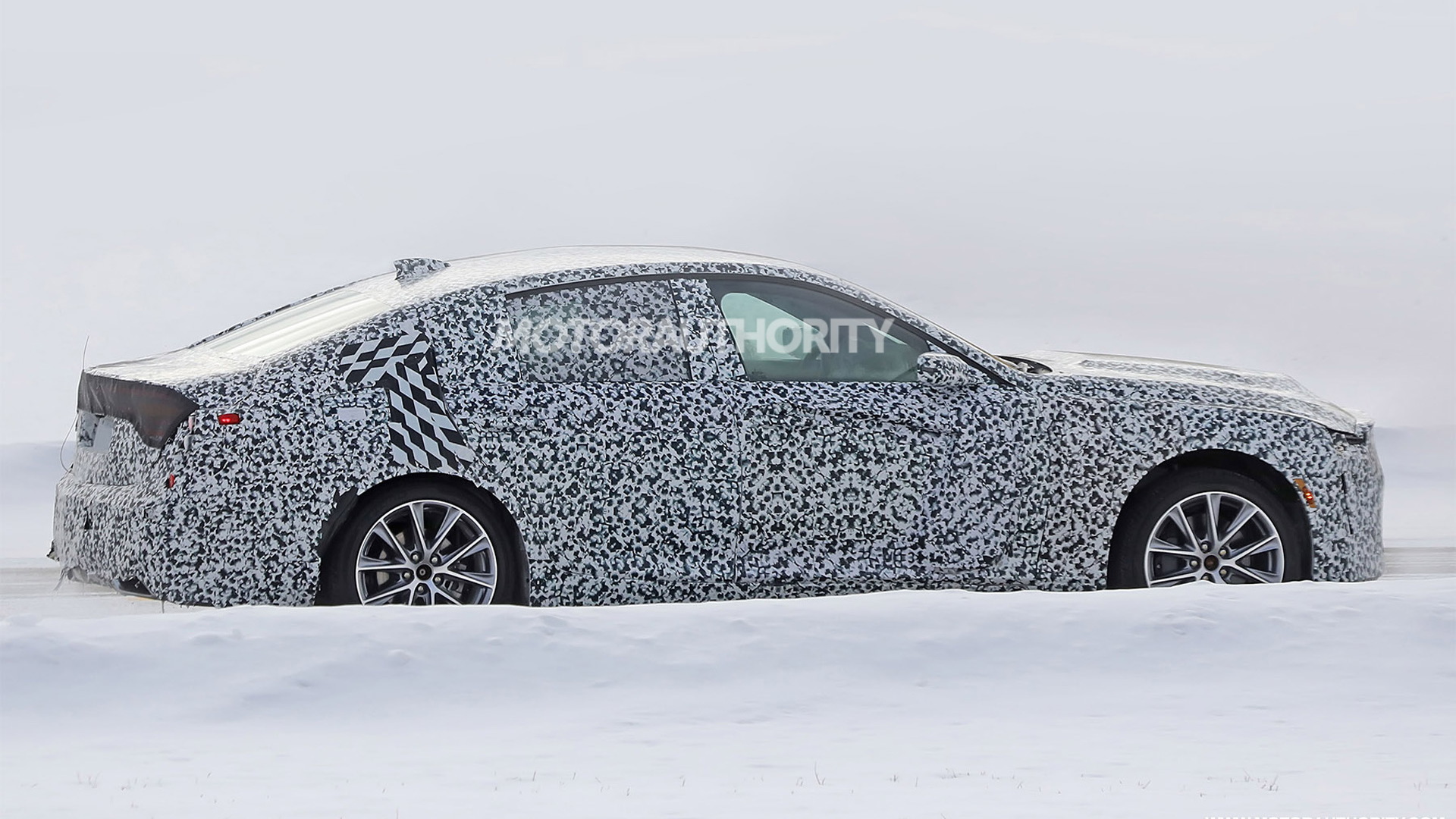 First confirmed by Cadillac President Johan de Nysschen last summer, the CT5 is a mid-size offering that will replace the ATS and CTS when it lands in showrooms in 2019.

Sedan sales are waning so Cadillac smartly sees the need to streamline its offerings in the segment. The CT5 will sit center in a new three-tier sedan lineup at Cadillac, with the full-size CT6 replacing a soon-to-be-discontinued XTS at the top and a new CT4 to round out the trio in the compact segment.

According to our photographer, the CT5's size places it somewhere between the ATS and CTS. Thus the new sedan is in keeping with Cadillac's strategy to launch models that straddle the gap between potential rivals from the German brands. For example, the CT6 is almost the size of a BMW 7-Series but priced like a 5-Series. We expect the CT5 to almost rival the 5-Series in size but feature a price tag closer to that of the 3-series.

Looking at the spy shots, multiple styling cues from 2016's Escala concept are clearly present. Slit-like headlights stretch toward a trapezoidal grille, and below each headlight is a vertical strip of daytime running lights on either side of the front fascia. The look is sharper and more up to date while retaining a semblance of the vertical light arrangement introduced with Cadillac's Art & Science design language. It's a look that's also destined for an updated CT6.

The CT5's look also benefits from a long hood that flows into a fastback roof almost as sleek as the one on the Escala concept. The CT5 looks to have a more traditional trunk lid compared to the Escala, though this could turn out to be a hatch. Interestingly, it looks like the taillights will be joined by a horizontal strip of LEDs, which seems to be in vogue among the luxury brands at present. Expect the actual taillights to be in the shape of a Cadillac fin-resembling boomerang as seen on the Escala concept.

The bulge and makeshift intake on the hood suggests engineers are testing a model fitted with a new 4.2-liter twin-turbocharged V-8 coming to Cadillac—perhaps a potential CT5-V model. The engine is expected to be paired with a 10-speed automatic and drive the rear wheels as standard. All-wheel drive should be available, though. Other powertrains should include 4- and 6-cylinder options and possibly the 4-cylinder-based plug-in hybrid setup offered in the CT6 Plug-In Hybrid.

We can't see into the interior but Cadillac's Escala concept likely points the way here as well. The concept featured a wide bar spanning the width of the dash and broken up by three individual display screens. The concept also featured a rotary dial controller in the center console. There will be loads of tech in the CT5, too, including Cadillac's impressive Super Cruise self-driving system for highways.

The CT5 and eventual CT4 will be built at General Motors’ Lansing Grand River Assembly Plant where the CTS and ATS are currently built. Pricing for the CT5 should start close to the $40,000 mark.