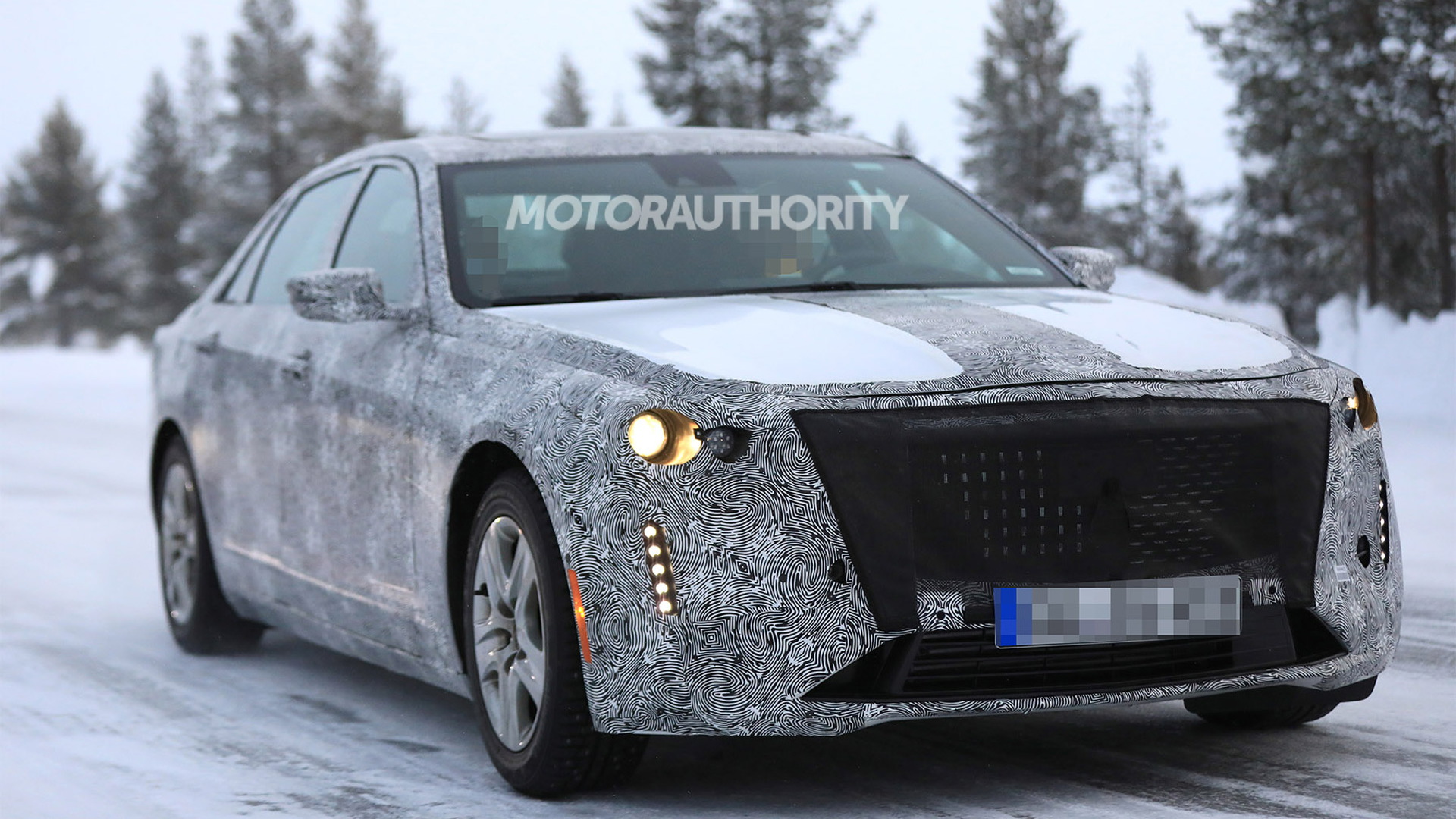 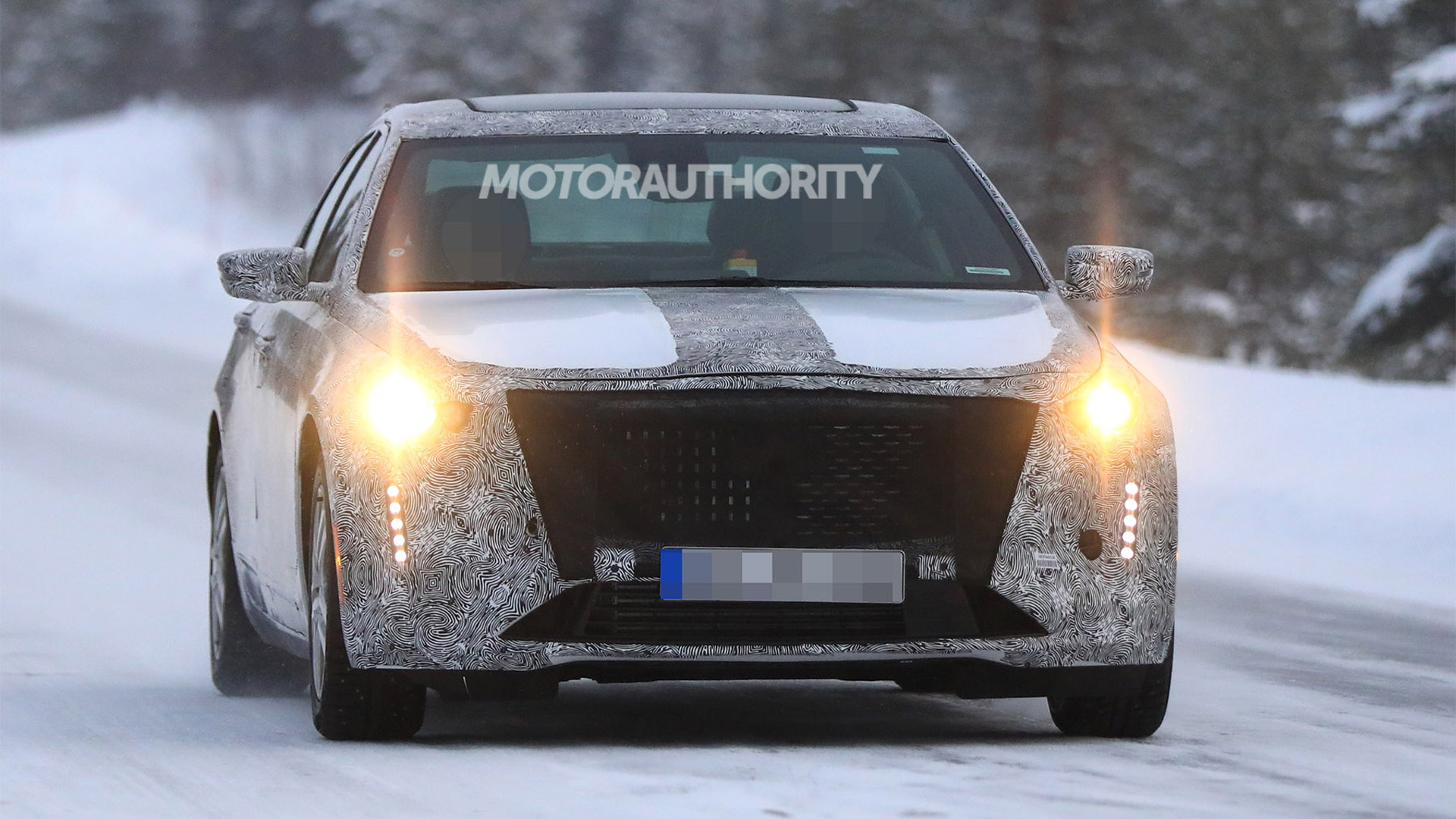 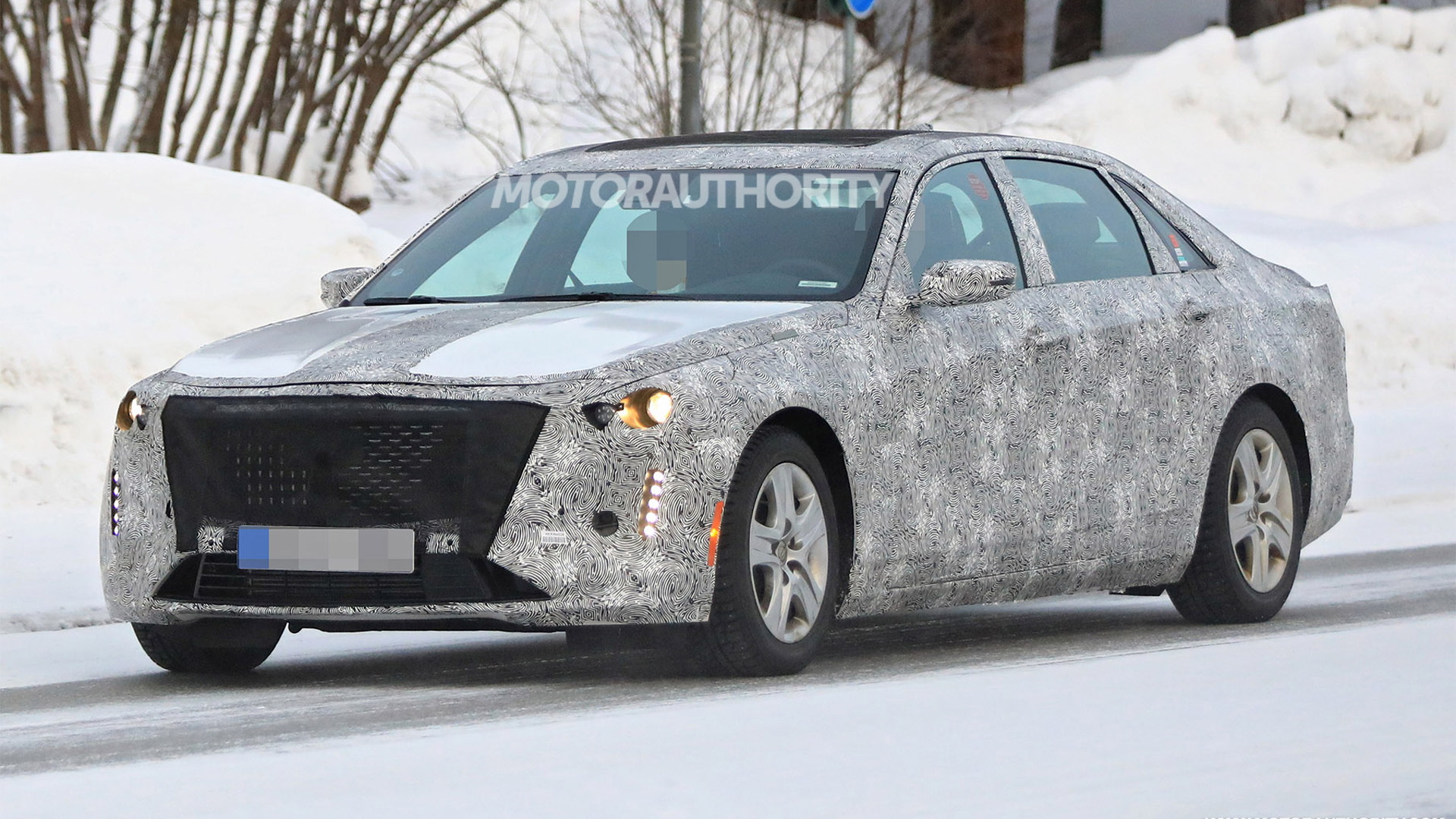 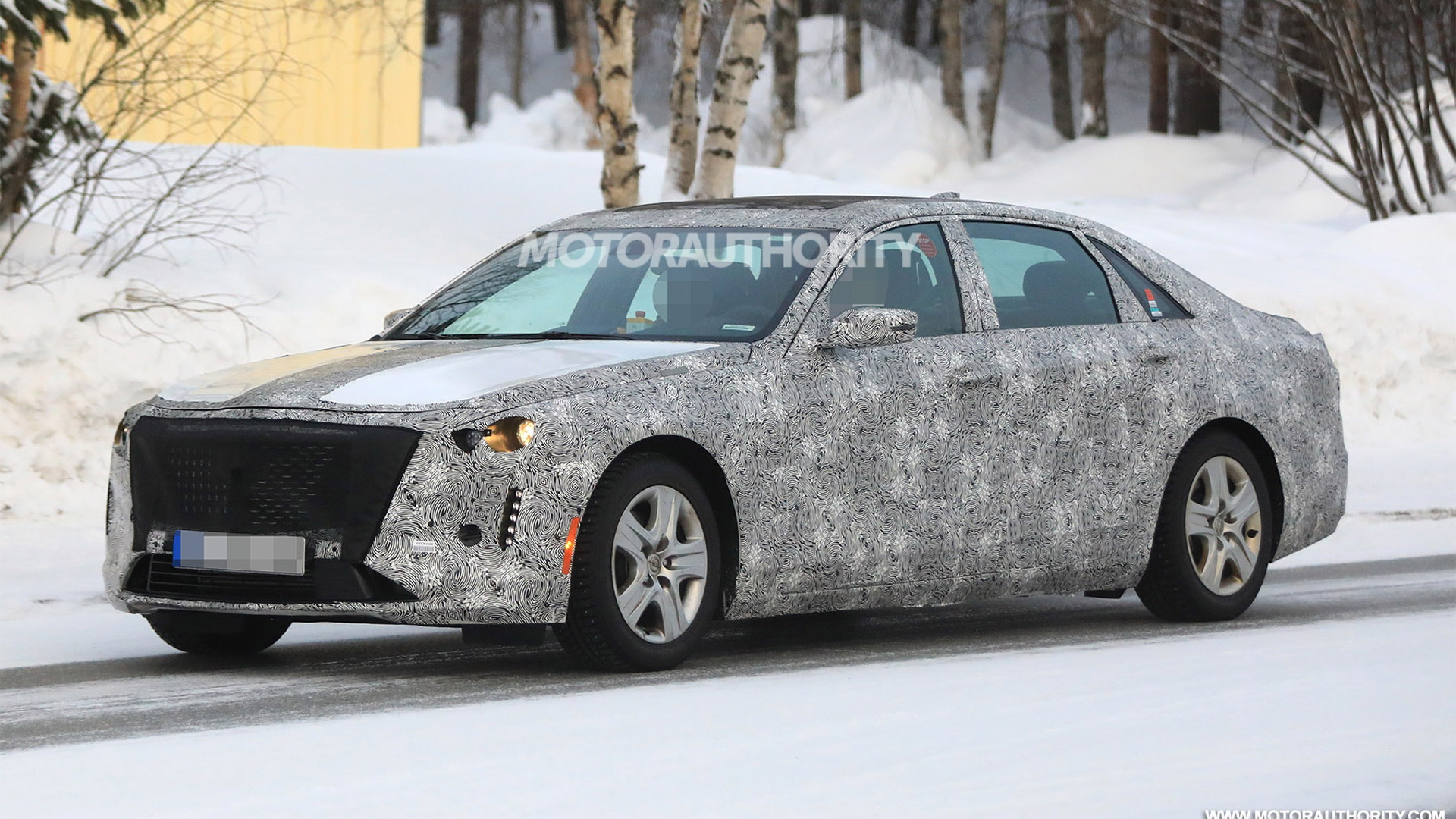 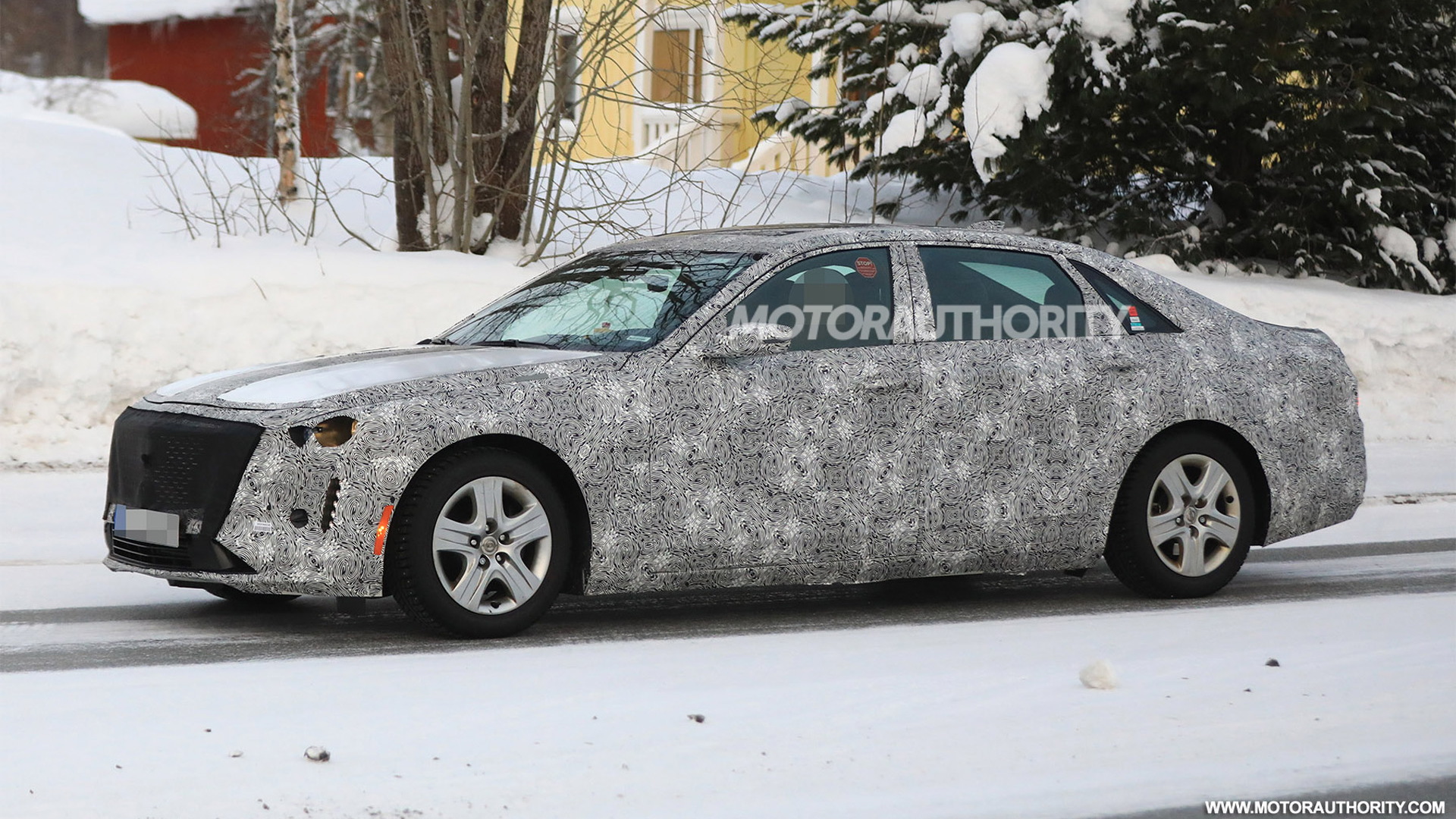 When it arrived as a 2016 model, Cadillac’s CT6 ushered in a new naming strategy for the brand and marked the first use of the lightweight, aluminum-infused Omega platform for large, rear-wheel-drive cars at General Motors.

While the CT6 was never meant to be the true flagship sedan Cadillac fans have been pining over for years, its combination of sharp pricing, generous space, and impressive handling and dynamics makes it hard to beat for buyers after a large, luxurious sedan.

Cadillac’s currently working to make the CT6 even better. A prototype for a facelifted version has been spotted and reveals that some major visual tweaks are in the hopper.

The grille and lower bumper valance at the front matches the design on the Escala concept. The concept's floating pinhead pattern for the grille is also visible through the camouflage gear in some of the shots.

Another key change borrowed from the Escala will be thinner, more horizontal headlights. On the prototype, it looks like the lights, while still dummy units, almost meet up with the grille. This is in contrast to the more vertical units on the existing CT6. The tail-lights should also be tweaked to reflect the design on the Escala.

We’re not expecting such major changes in the cabin, though it’s likely we’ll see some new electronic driving aids offered. Cadillac’s hands-free Super Cruise self-driving system has already been made available for 2018. The system is capable of handling itself on single-lane, limited-access highway driving and proved to be very useful in our recent test. Cadillac’s friendlier version of the CUE infotainment system should also feature.

It’s not clear what Cadillac is planning for the powertrains but we know the brand is getting its own twin-turbocharged V-8 likely displacing 4.2 liters. It’s possible we’ll see this engine in the facelifted CT6, just don’t expect a CT6-V model. Cadillac President Johan De Nysschen says the engine is about refinement, not performance. A plug-in hybrid option was introduced for 2017.