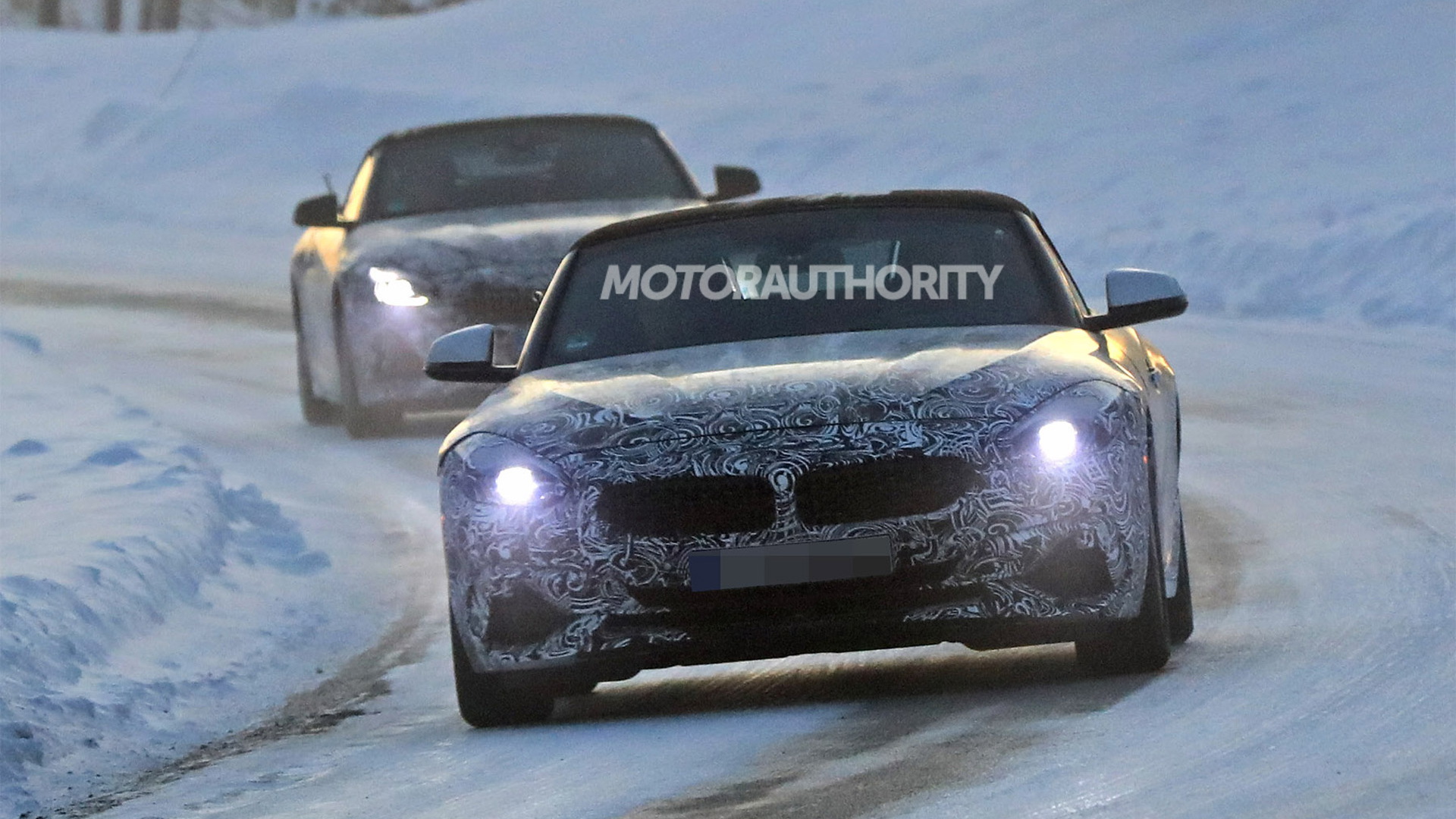 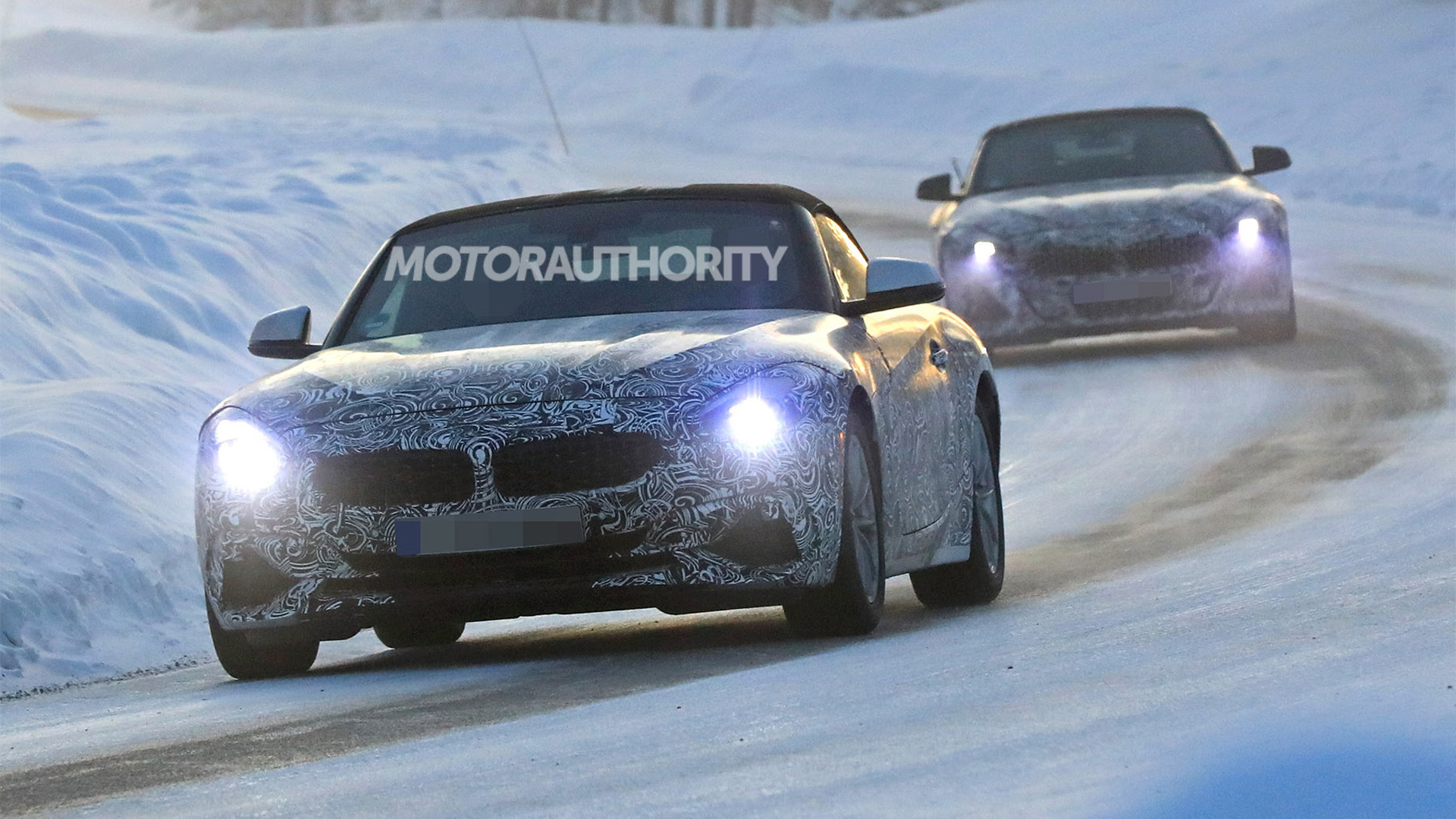 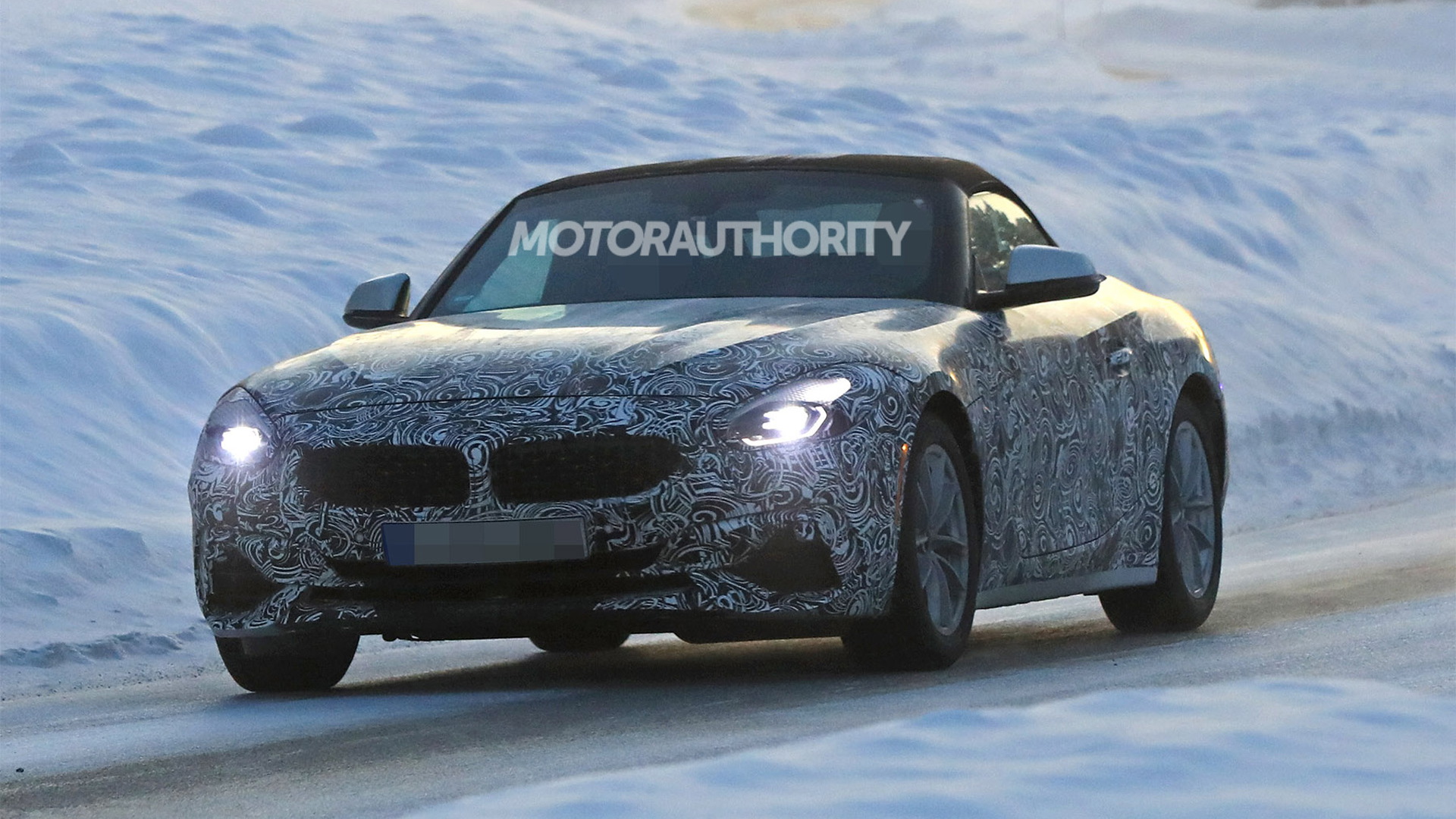 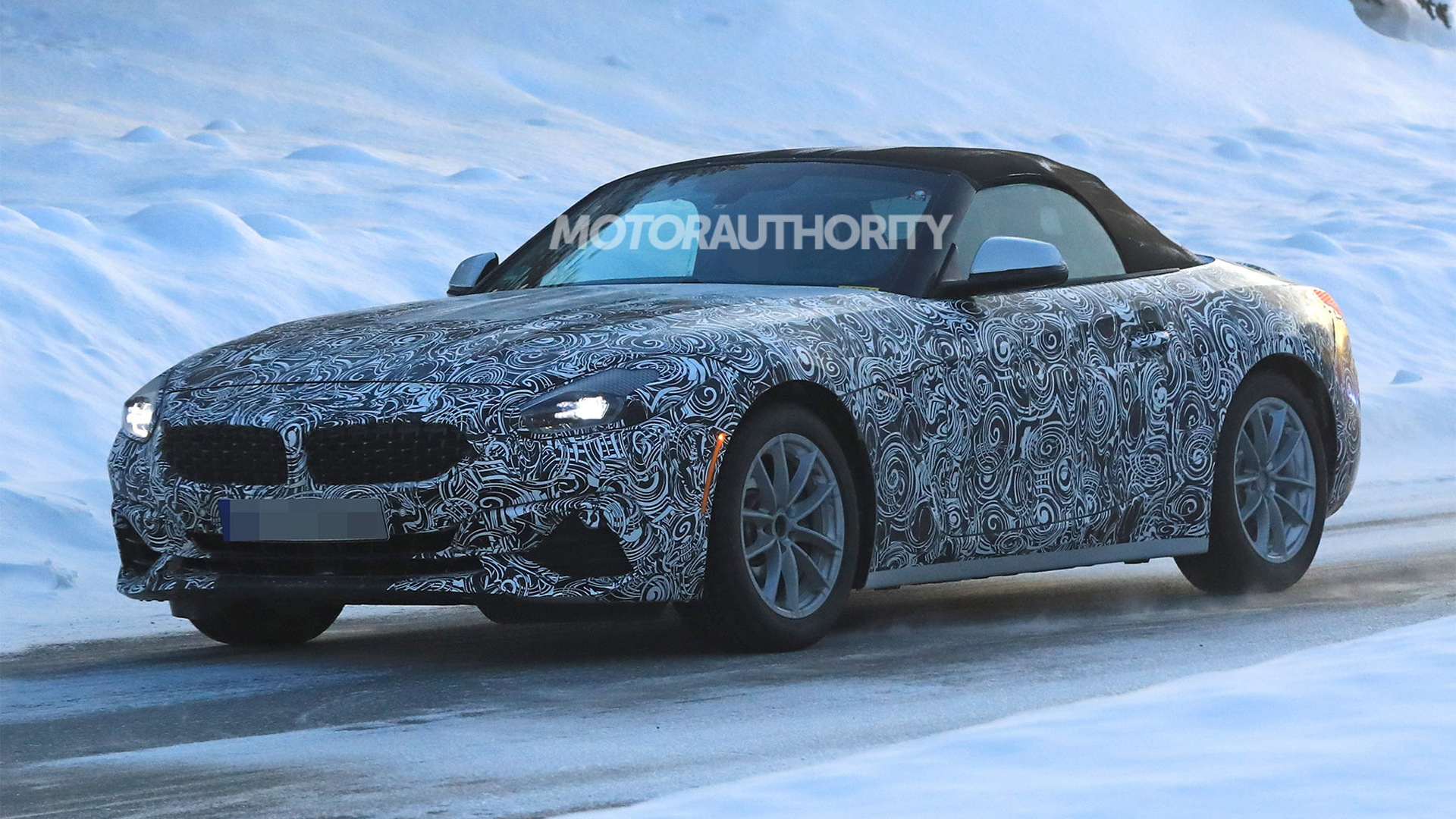 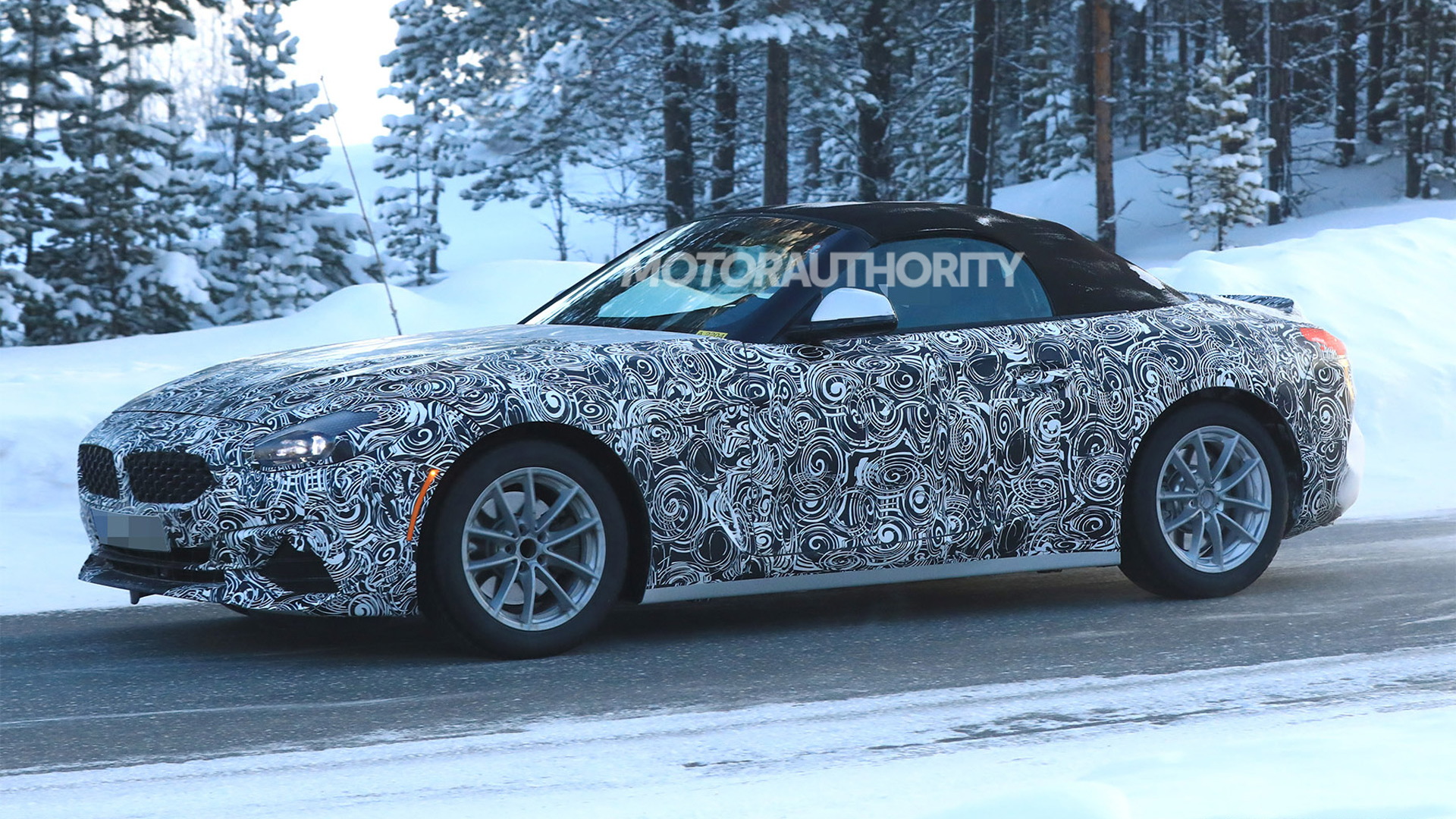 It was in 2011 that we first caught wind of BMW and Toyota’s plans to jointly develop a “mid-size sports car platform” to spawn replacements for their respective Z4 and Supra models.

Today we have new spy shots plus video of a prototype for the BMW model, previously thought to be called a Z5. BMW has since confirmed the car will be retaining the Z4 name of its predecessor.

The automaker has also previewed the design with the Z4 concept unveiled during last August’s 2017 Monterey Car Week in California.

The spy shots confirm the concept’s wide, protruding nose and set of narrow headlights will make it into production. The sleek design is also reminiscent of what we saw on BMW’s 8-Series concept unveiled during last May’s 2017 Concourso d'Eleganza at Villa d'Este in Italy.

The shots also reveal that the redesigned Z4 will ditch the retractable hard-top of the current model in favor of a more traditional soft-top roof. This should reduce weight and enable the car to be more agile in the corners.

In the powertrain department, we can expect 2.0- and 3.0-liter inline engines with turbocharging. The 2.0-liter engine should have about 248 horsepower and the 3.0-liter close to 350 hp.

While there’s been talk of hybrid technology being used, BMW will likely forgo this to differentiate the Z4 from Toyota’s Supra successor which has also been spied and is expected to offer a gasoline-electric option. Sadly, we’ve heard there’s no plan for a BMW Z4 M. The Z4 has always been a bit of a hairdresser's car, so perhaps the M division will only be interested if a lighter, stiffer Z4 coupe is produced, though that isn't looking likely.

Look for the debut of the new Z4 later this year. It should arrive as a 2019 model and with a starting price slightly higher than the $50k figure of the current Z4.

As for the new Supra, Toyota has already previewed the car with its series of FT-1 concepts. Though yet to be confirmed, it’s thought the jointly developed models will also be built together, at a Magna-Steyr plant in Austria. Sharing a production facility makes sense considering the low volumes of pricey sports cars.