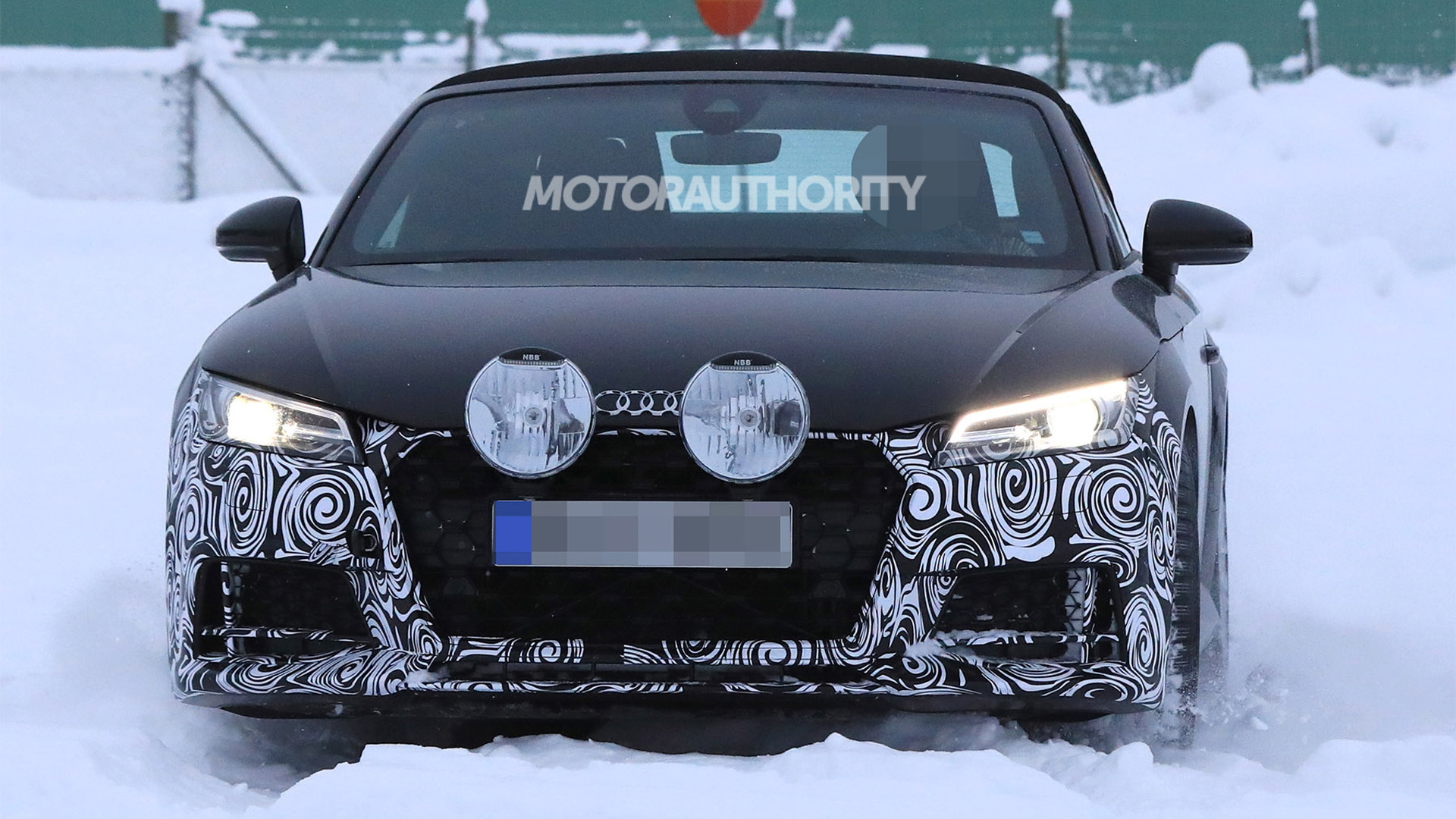 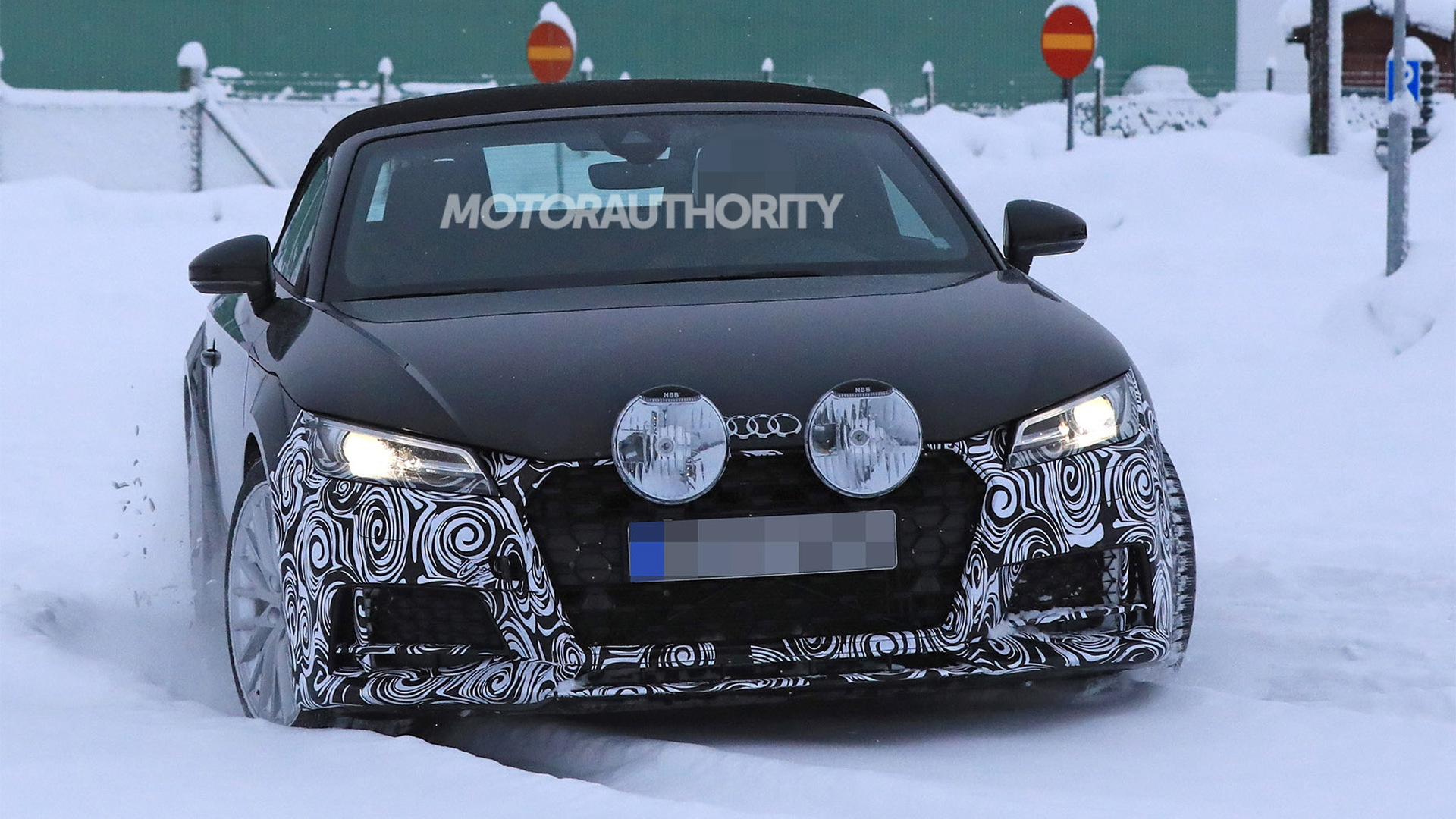 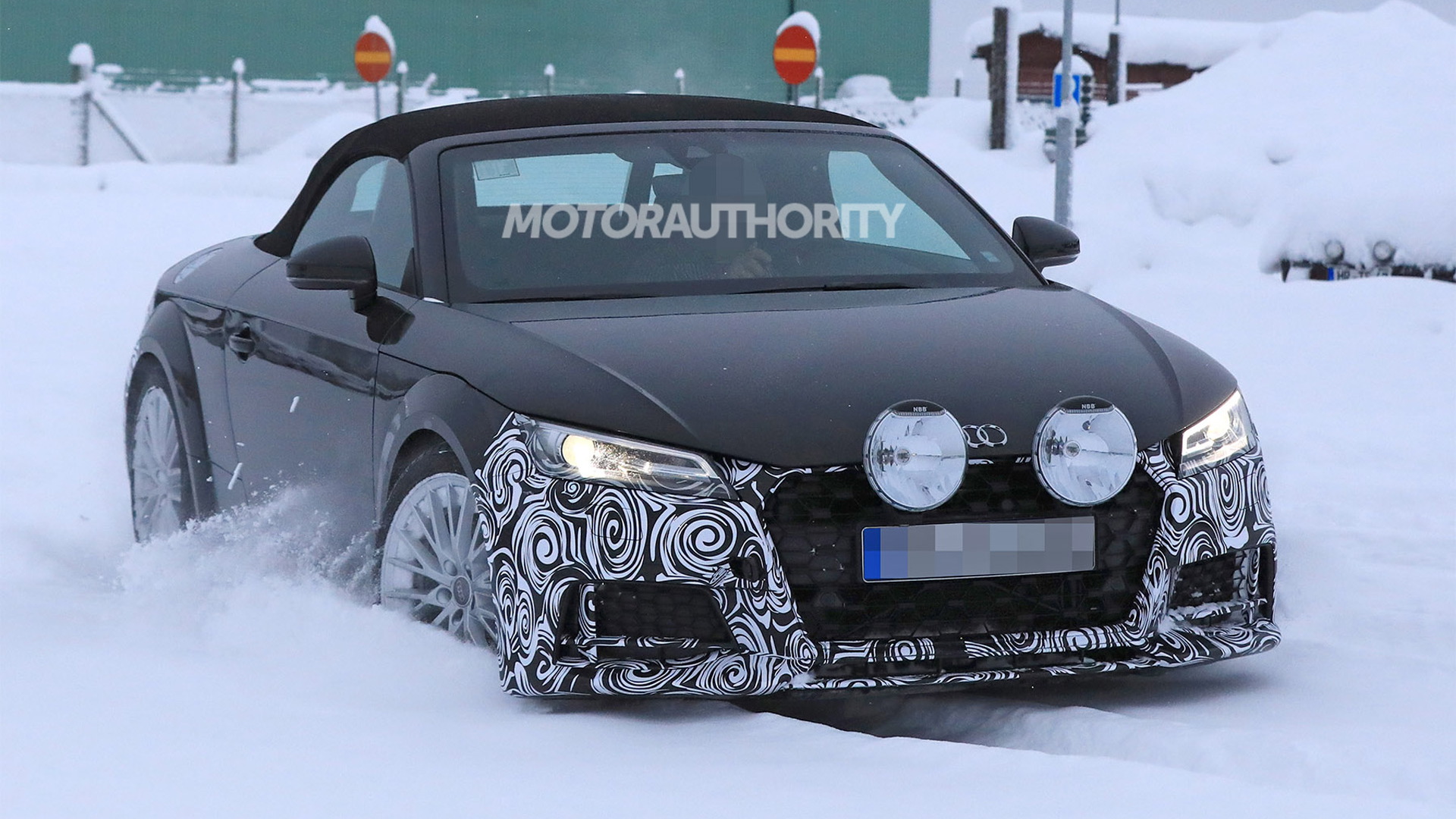 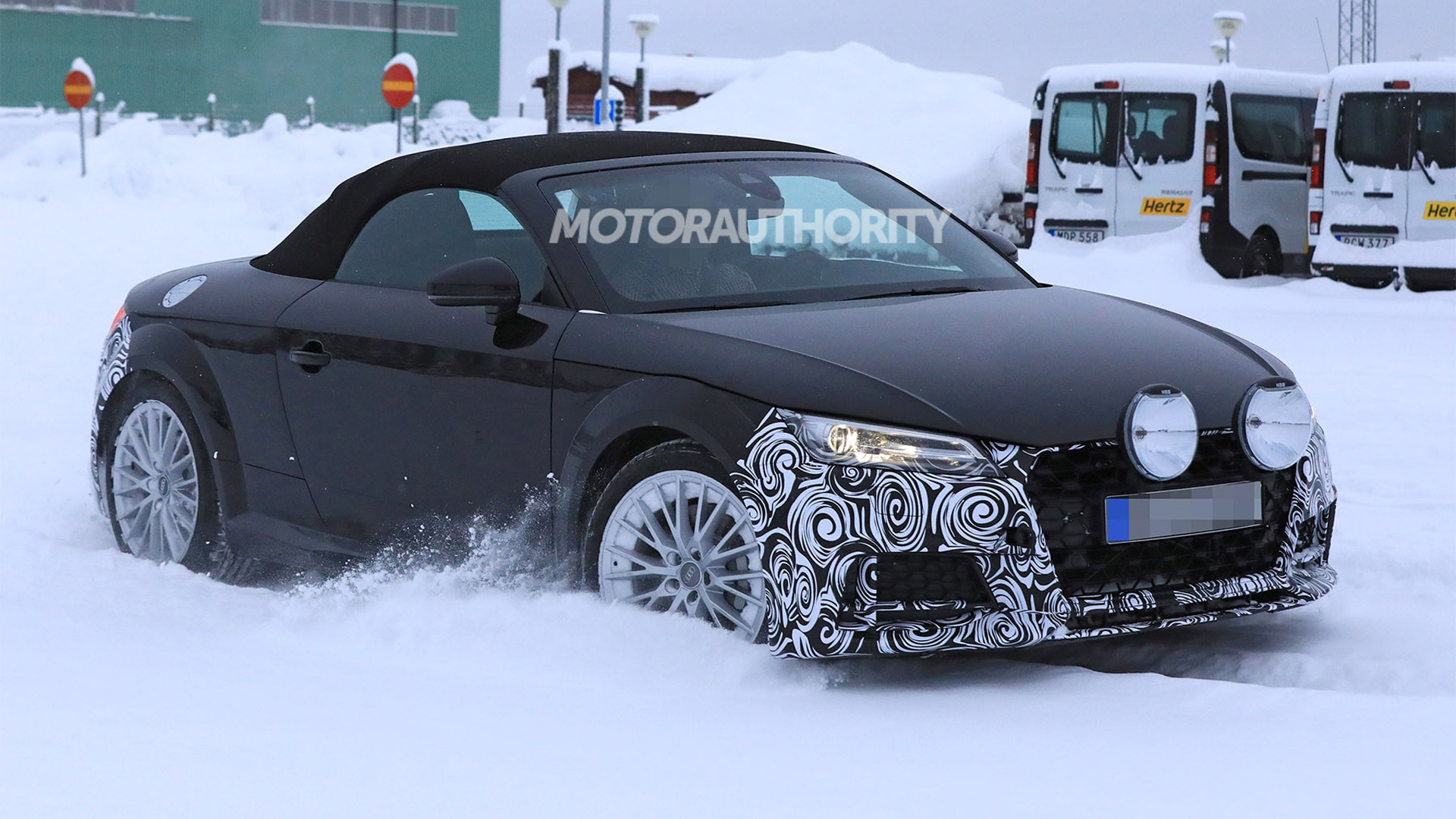 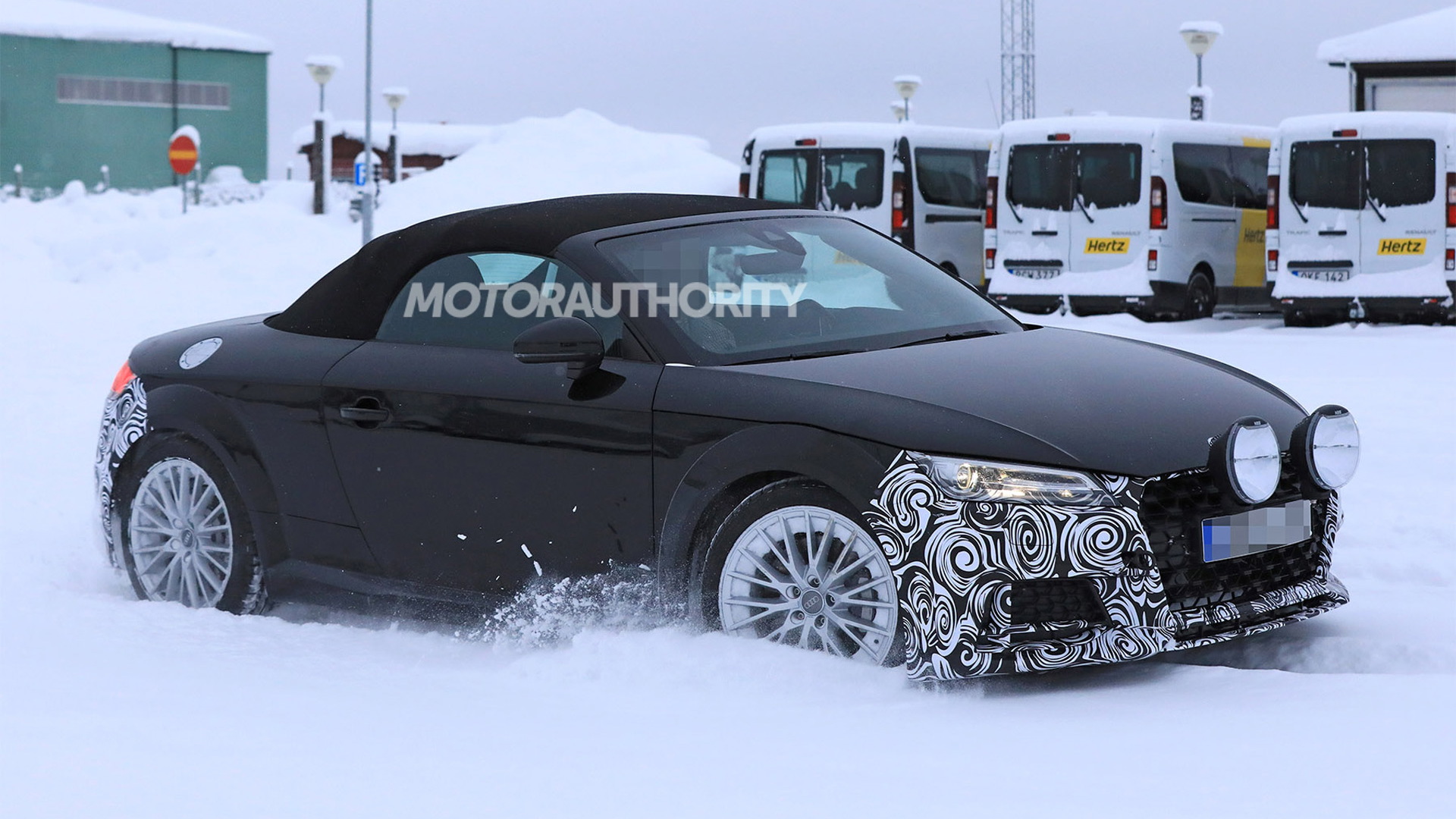 Audi engineers have been spotted testing prototypes for a facelifted version of the TT Roadster. Prototypes for the coupe were spotted a year ago.

The TT is into its third generation with the current model, which was introduced for 2016. We’re expecting the facelifted version to arrive in showrooms in early 2019, as a 2020 model.

The camouflage gear on the prototype suggests only subtle tweaks for the facelift. Expect new front and rear fascias and possibly new wheel patterns. We can also see that the internals of the headlights will feature a new design. 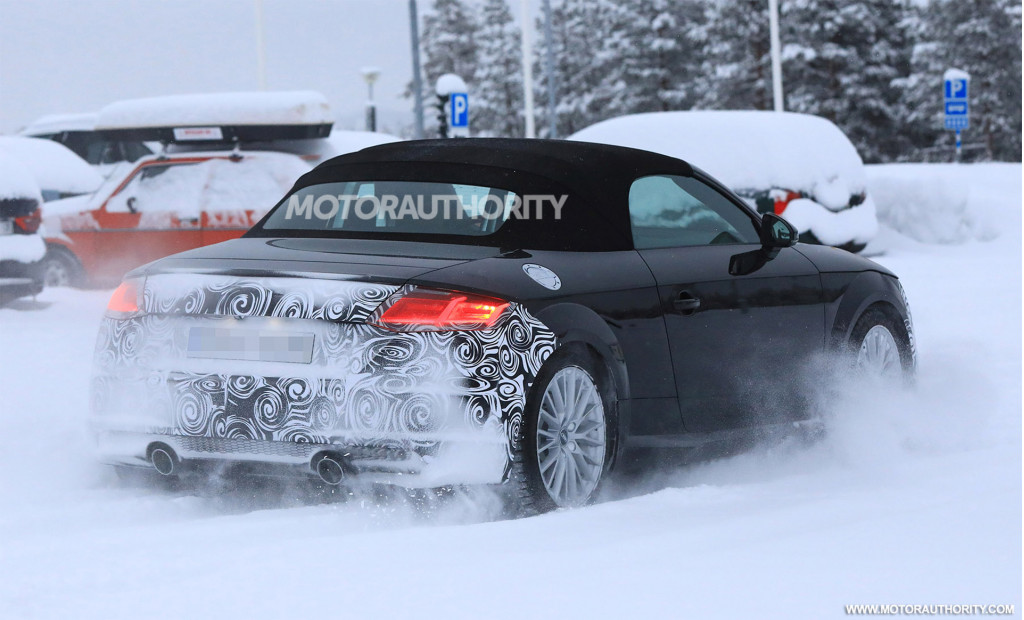 It’s not clear what changes will be taking place in the cabin, although we could see an updated infotainment system and new driving aids fitted.

Under the hood, the same powertrain options should remain, although possibly with tweaks to deliver greater performance and/or economy. The TT currently has a 2.0-liter turbocharged inline-4 good for 220 horsepower. The TTS has the same engine but with output dialed to 292 hp, and at the top of the range is the TT RS with a 2.5-liter turbocharged inline-5 good for 400 hp.

The TT is an ideal option for buyers looking for something stylish and sporty but don’t want to compromise on comfort. The car can also be quite hardcore in TT RS guise, despite it sharing its platform with the humble Volkswagen Golf. We look forward to what Audi has in store for the update.