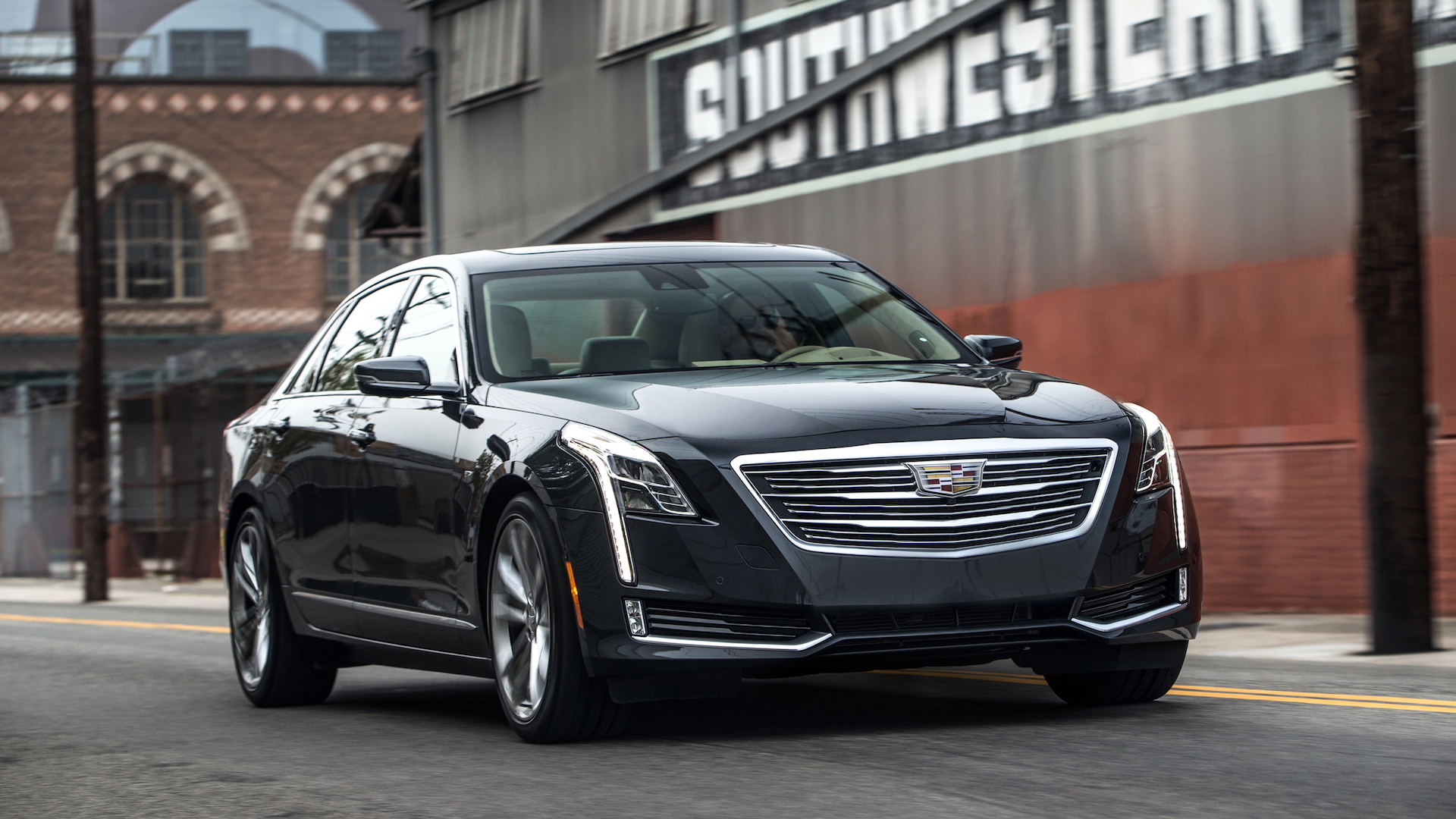 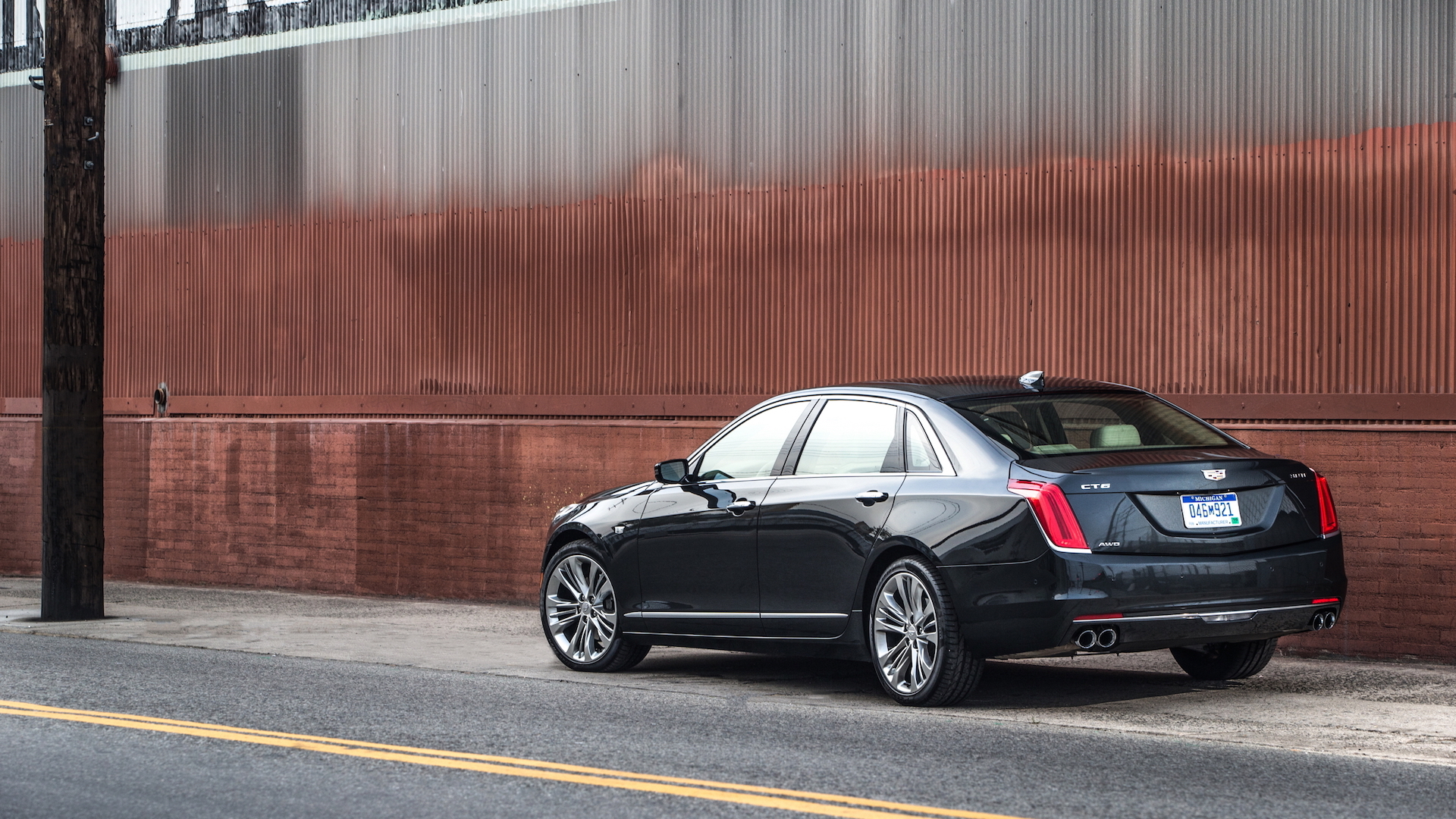 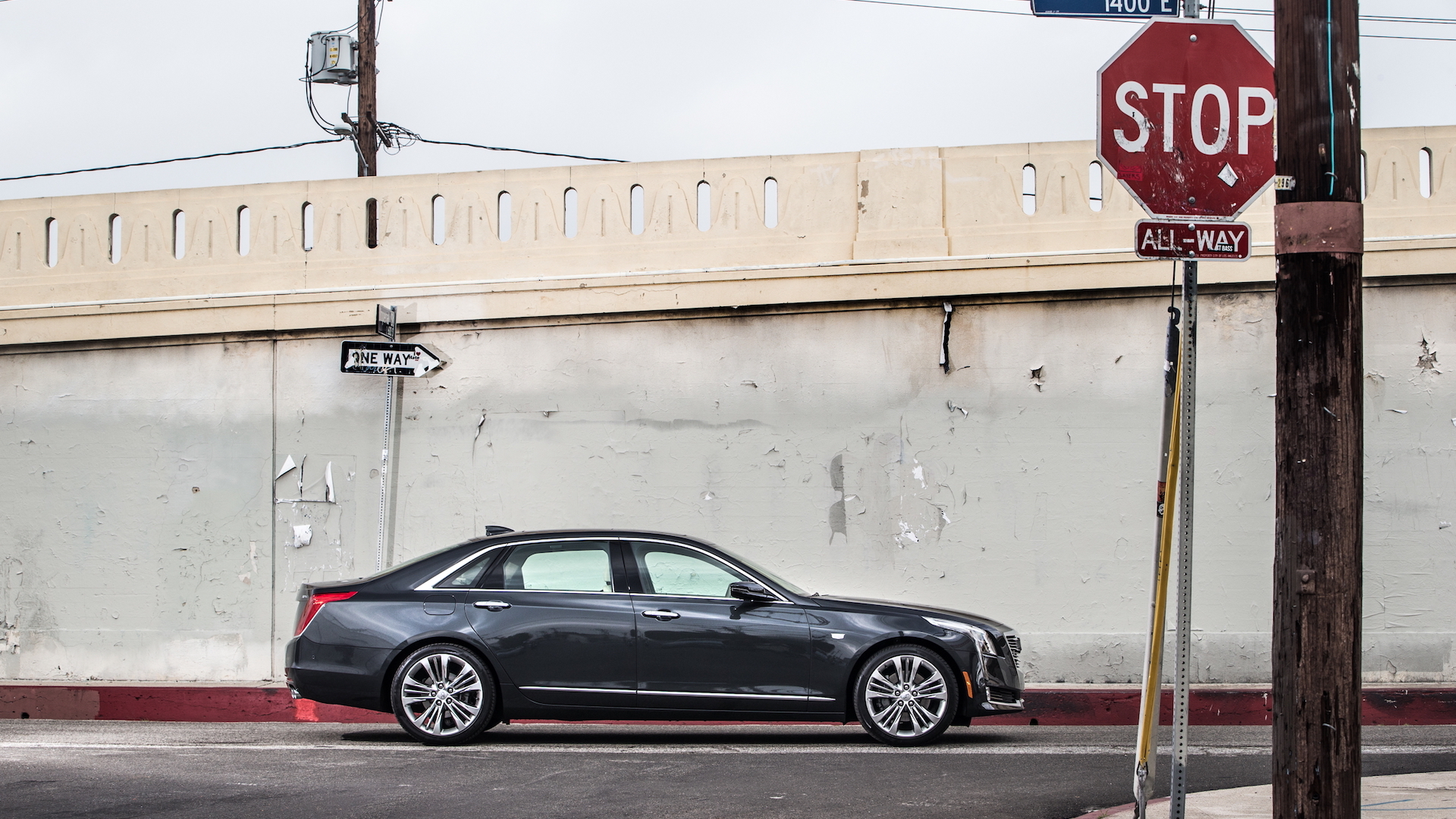 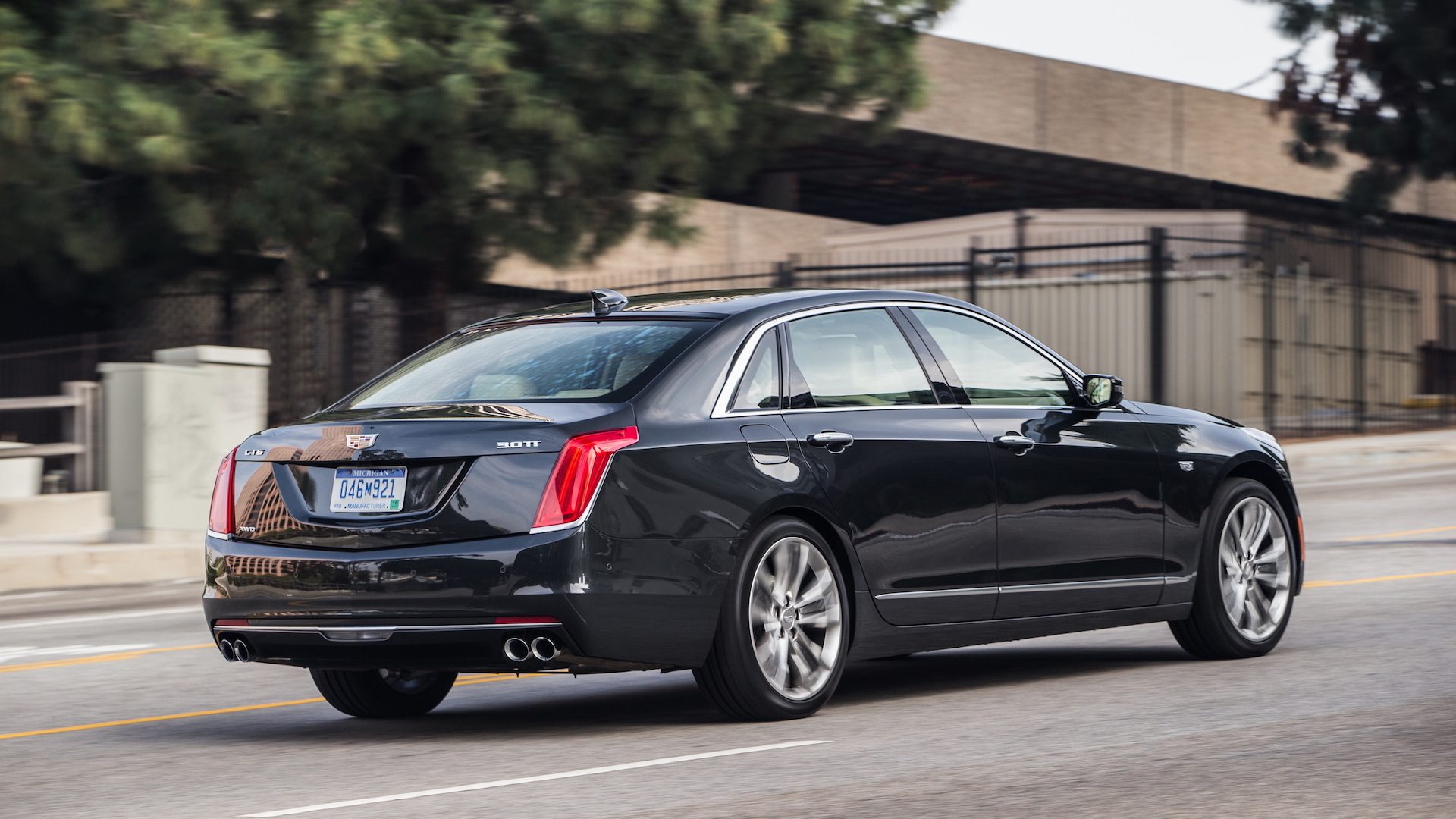 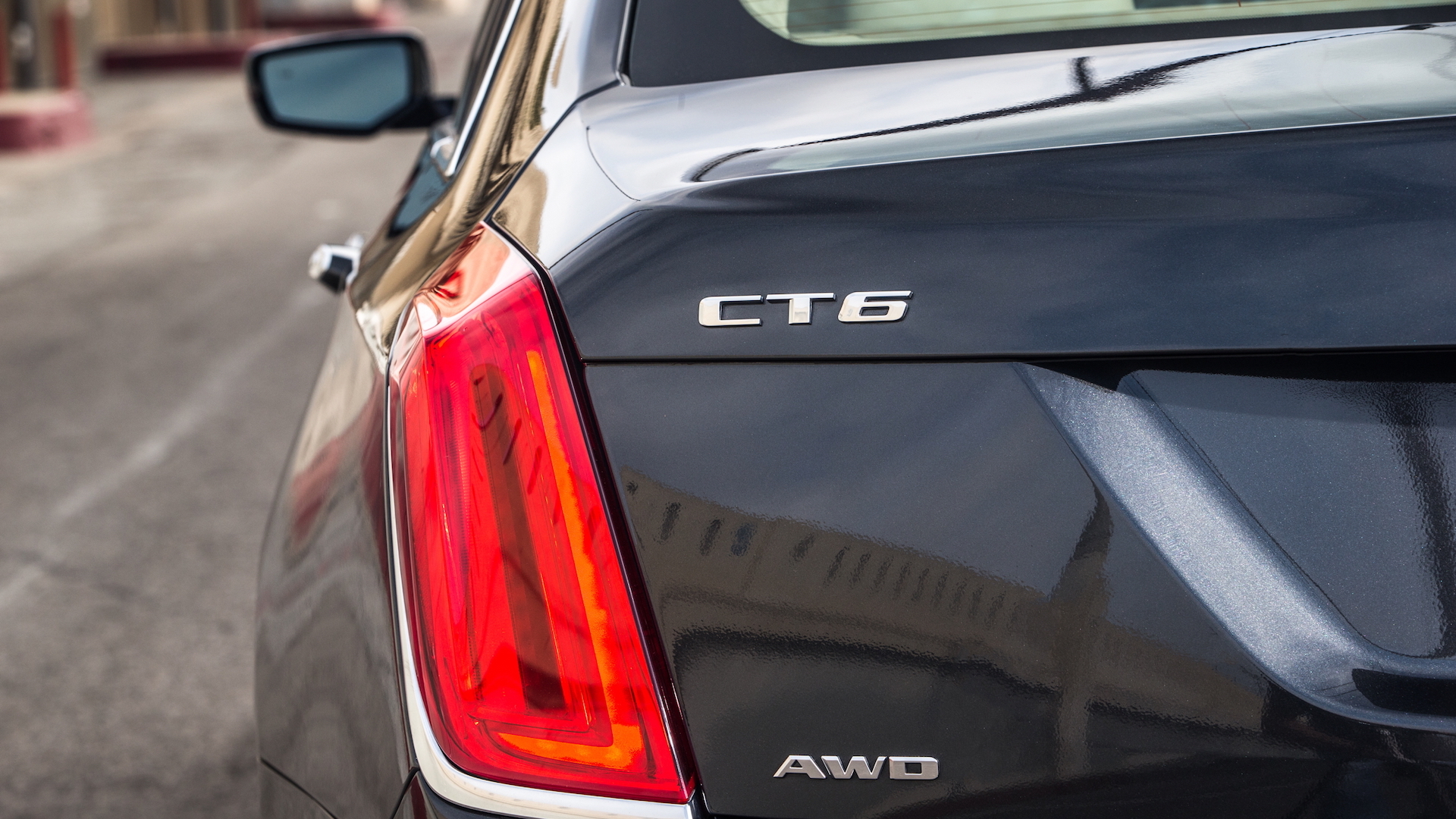 When the CT6 went on sale in early 2016, it marked several firsts for Cadillac.

The full-size luxury sedan was the first to use the new "CT" (Cadillac Touring) prefix for Cadillac’s car lineup. It was also the first to feature the brand’s new grille treatment, Omega rear-wheel-drive platform and video-streaming rearview mirror.

For the 2017 model year, the CT6 marks a couple more firsts for Cadillac. The big news is the addition of the CT6 Plug-In Hybrid to the range. This is the first plug-in hybrid (the ELR was an extended-range electric) for Cadillac and the first of the brand’s models to be sourced from China. Other CT6 models are sourced from Detroit. 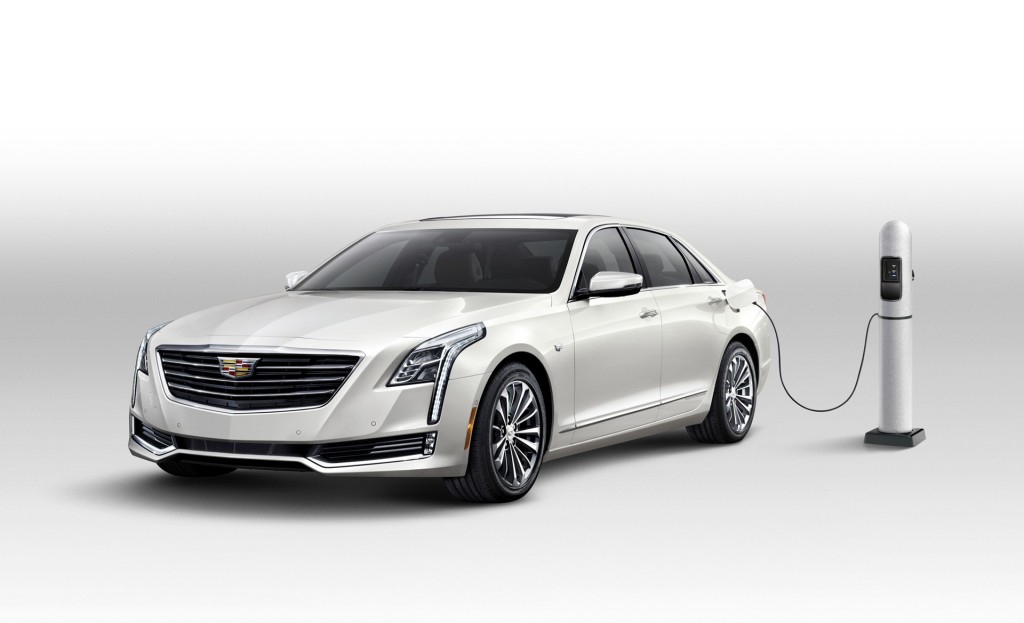 The plug-in hybrid combines a turbocharged 2.0-liter inline-4 with a pair of electric motors drawing their juice from an 18.4-kilowatt-hour lithium-ion battery pack, with drive going to the rear wheels only. System output is 449 horsepower, which Cadillac says is enough to hustle the big sedan from 0-60 mph in 5.2 seconds. The estimated range on electric power alone is 30 miles.

The only other changes for the 2017 model year are an expanded color palette (new to the range are Phantom Gray Metallic and Bronze Dune Metallic) and a revised wash system for the rearview camera to better help clear the lens in messy conditions.

Features found in the CT6, either as standard or available, include leather, exotic wood, and carbon fiber trim; a reclining rear seat with massage function; a Panaray sound system from Bose with 34 speakers; and a host of electronic driver aids such as a traffic crawling, 360-degree view monitoring, night vision, pedestrian collision mitigation systems, and a parking assistant. Trim levels include base, Luxury, Premium Luxury and Platinum. 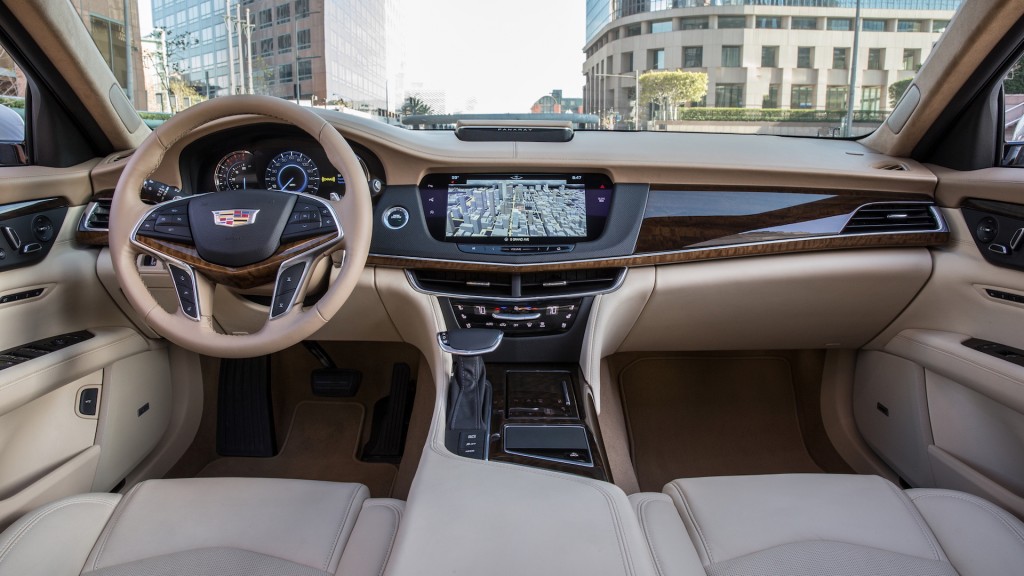 Where the CT6 really stands out is its construction. Thanks to the latest in manufacturing techniques, the CT6 weighs less than a BMW 5-Series despite being comparable in size to a BMW 7-Series—the lightest model is just 3,657 pounds. This benefits the car when it comes to agility and handling, making the CT6 one of the best driving options in its class. To further hone things, the CT6 is also available with rear-wheel steering and magnetic dampers.

Rivals include the Acura RLX, Audi A8, BMW 7-Series, Genesis G90, Kia K900, Lexus LS, Lincoln Continental and Mercedes-Benz S-Class. Of course, the Cadillac undercuts some of those by a considerable margin.

Pricing for the 2017 Cadillac CT6 is listed below. All figures include a $995 destination charge.

For more on the Cadillac CT6, read the in-depth reviews at The Car Connection.