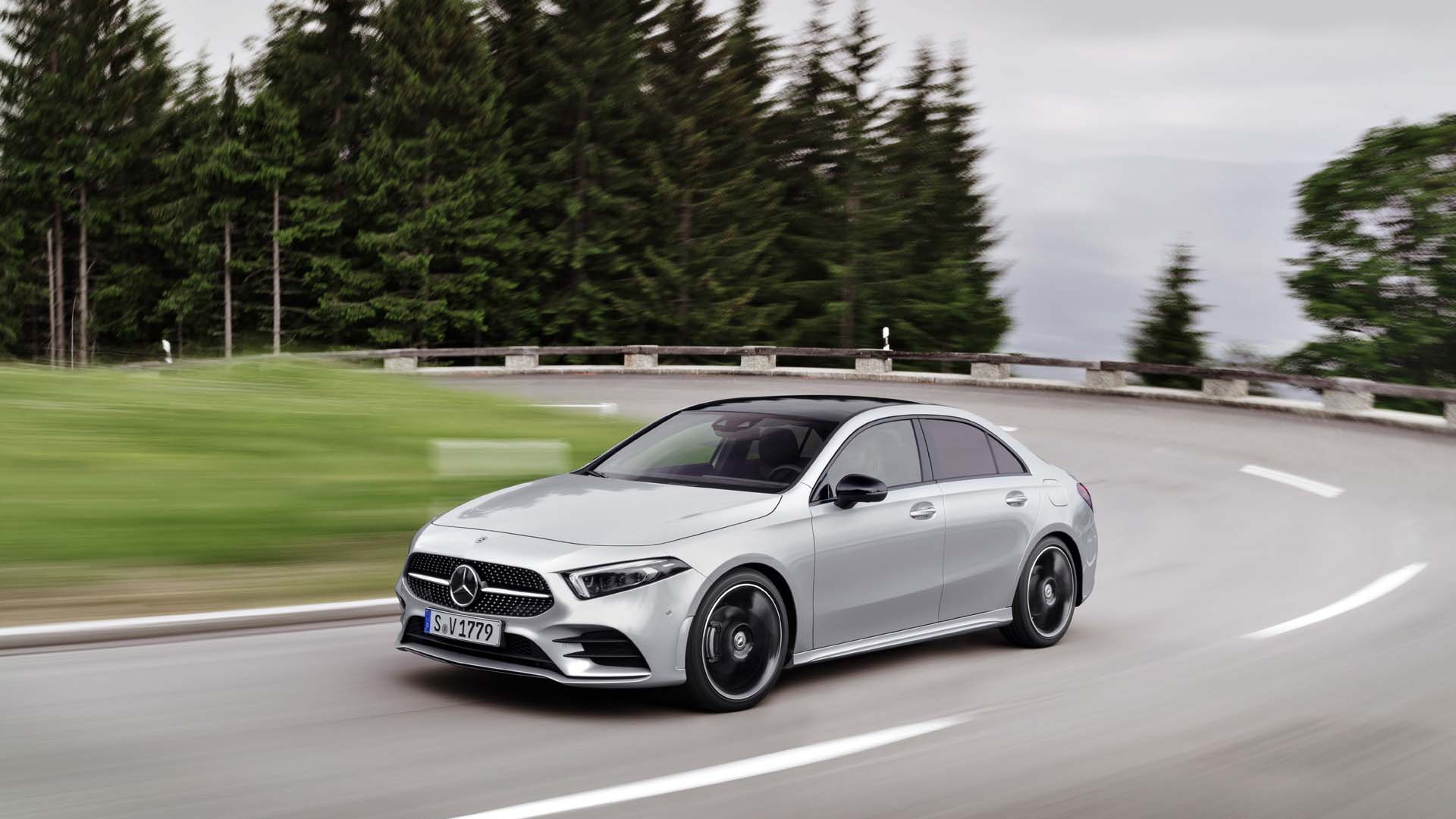 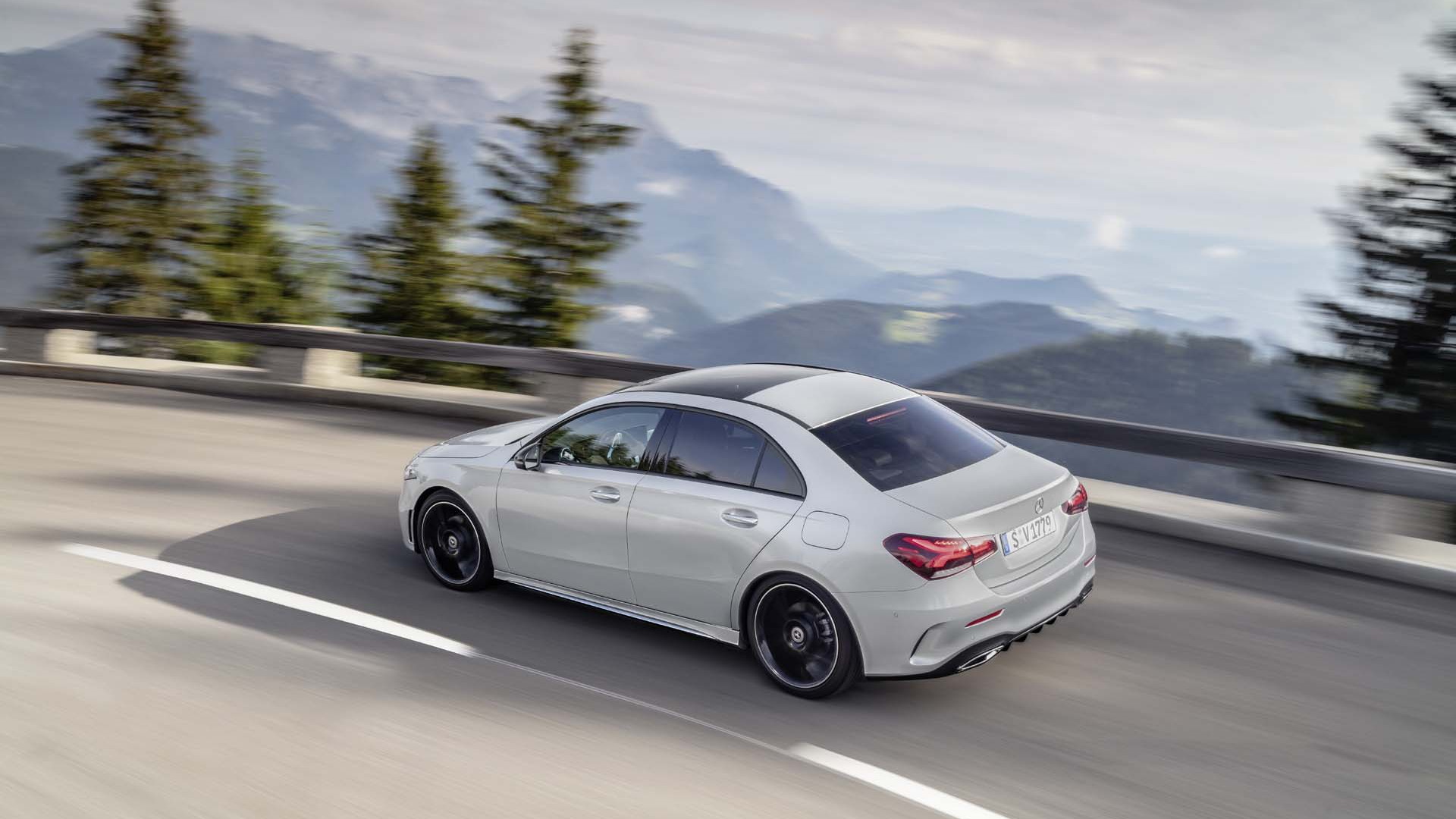 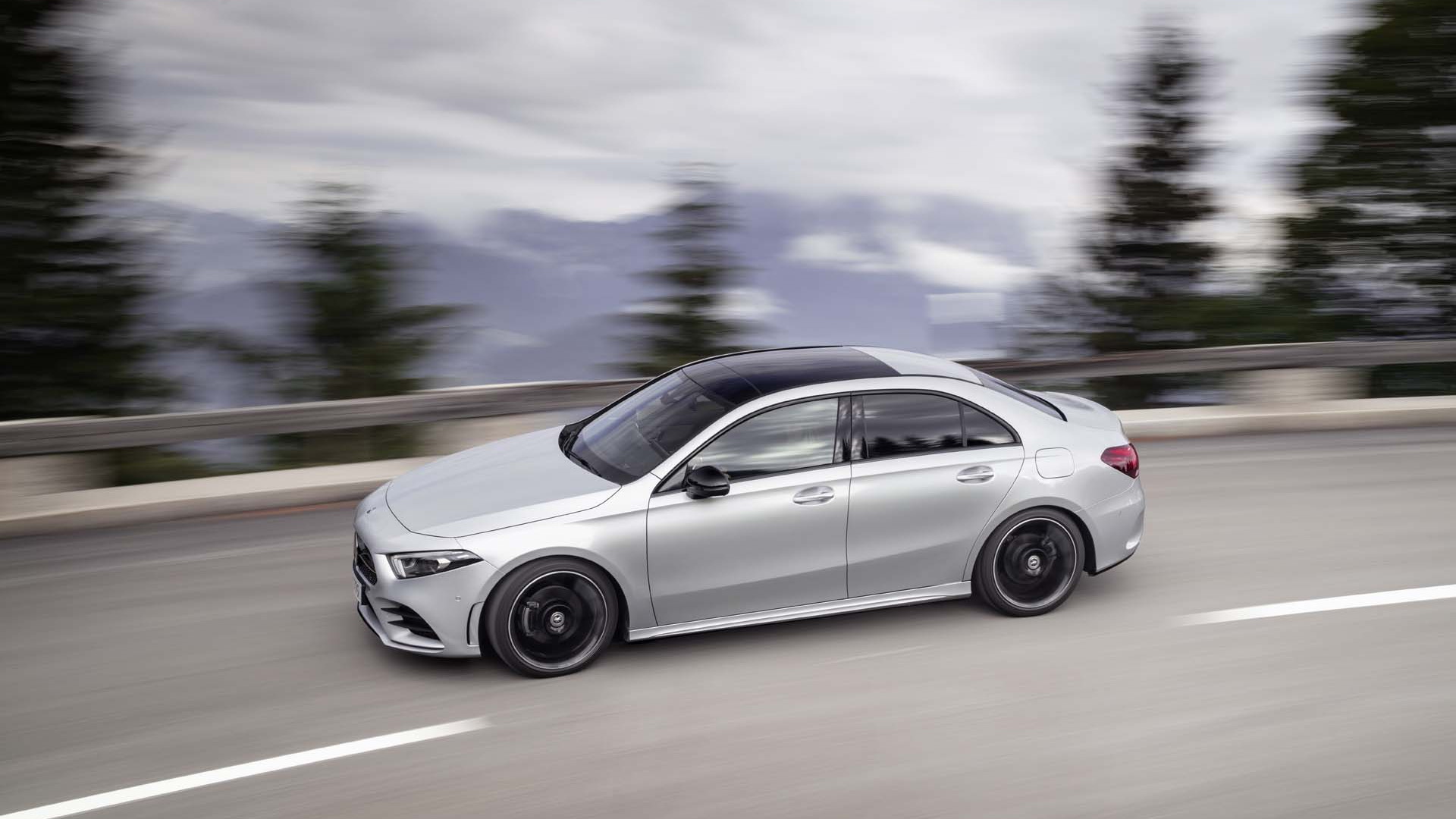 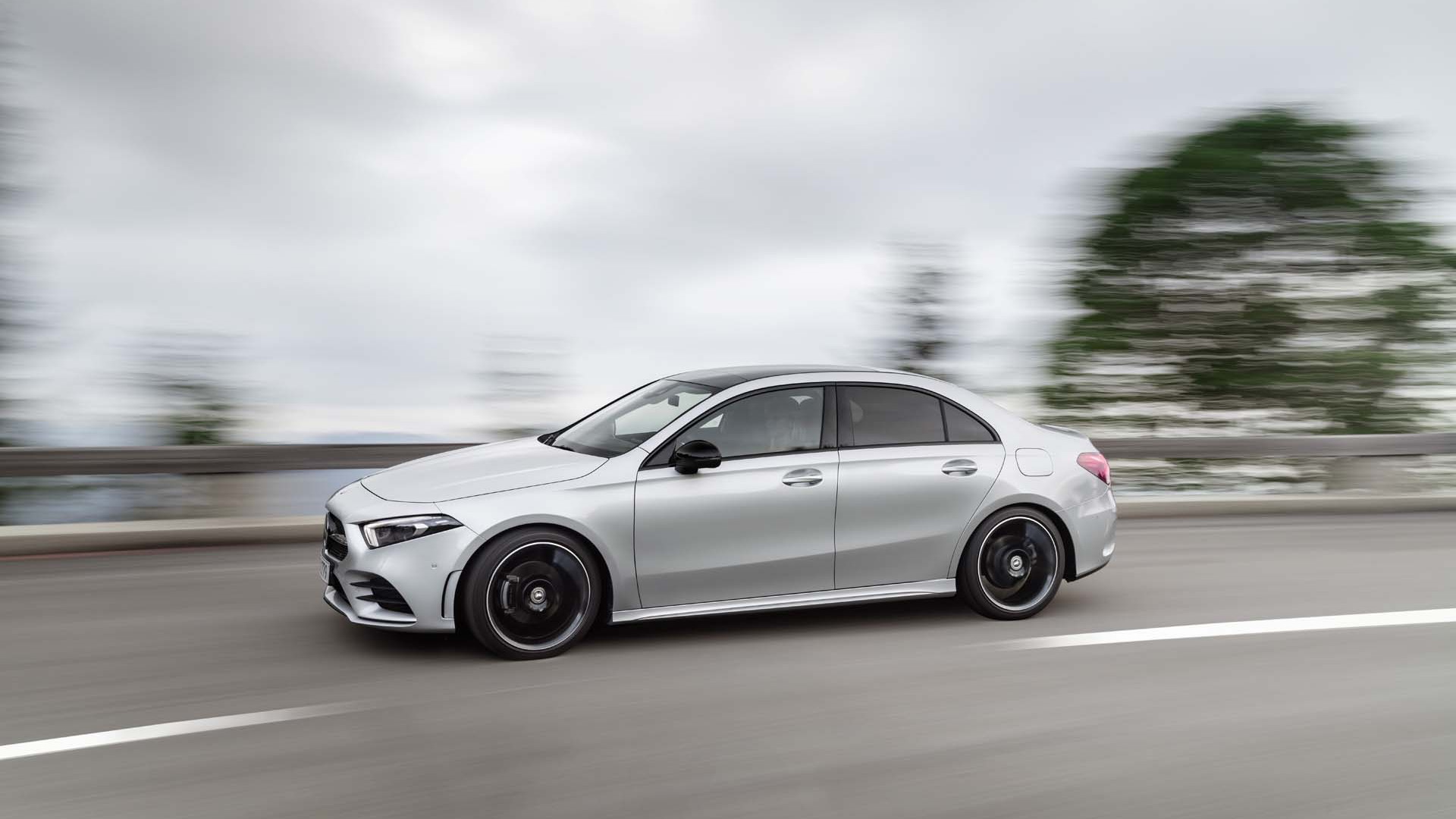 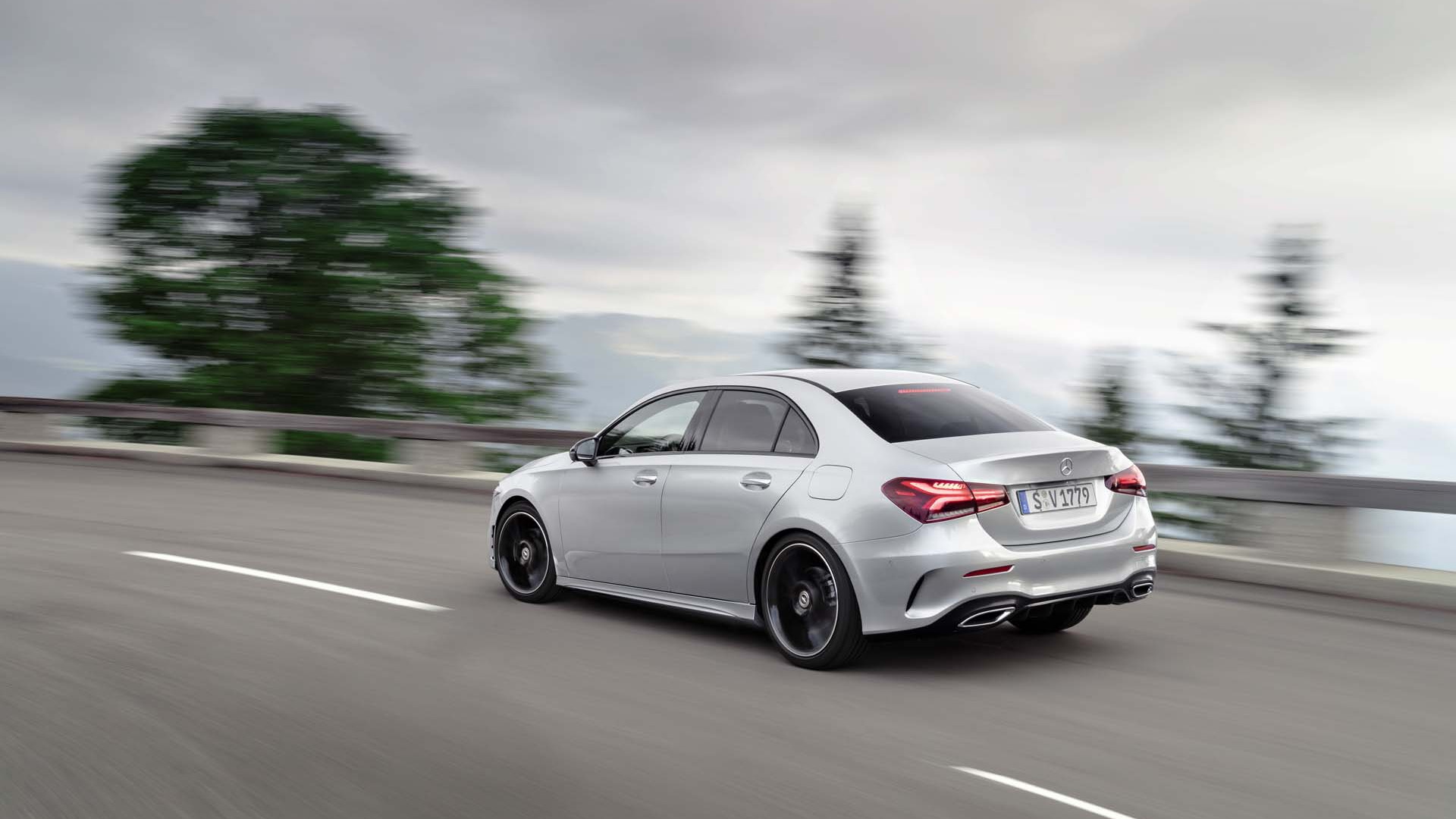 Mercedes-Benz's new A-Class sedan has been out for a while, but the handsome compact has finally made its debut in the United States.

Unveiled Wednesday in New York City, the streamlined sedan will reach showrooms late this year initially in A220 guise only. More models are planned though, including high-performance variants from Mercedes-AMG.

A-Class sedans for the United States will be sourced from a plant in Aguascalientes, Mexico. The wheelbase is 107.44 inches, which matches the A-Class hatchback sold overseas, though the Chinese market receives a long-wheelbase A-Class L with 109.8 inches between the wheels.

Underpinning the car is an updated version of the MFA (Modular Front-drive Architecture) platform used by Mercedes for its current compacts. Referred to as MFA2, the updated platform brings weight savings plus the capacity for alternative drivetrains.

In the A220, there's a 2.0-liter turbocharged inline-4 conservatively rated at 188 horsepower and 221 pound-feet of torque. The engine is mated to a 7-speed dual-clutch transmission and sees the A-Class reach a top speed of 130 mph. Buyers will be able to choose from front- or all-wheel-drive configurations.

The MFA2-based cars also benefit from a much more advanced interface. Dubbed MBUX, short for Mercedes-Benz User Experience, the new interface features digital screens for the instrument cluster and infotainment system, much like on the pricier E-Class and S-Class models. However, there's also touch capability for the infotainment screen and you can also use natural speech to control many vehicle functions.

The A220 comes standard with a pair of 7.0-inch screens. Buyers will be able to swap these to 10.25-inch screens, though. Other standard goodies include LED head- and taillights, 17-inch wheels, a panoramic sunroof, Apple CarPlay and Android Auto, and automatic emergency braking.

Mercedes is saving pricing until closer to the market launch but there are rumors the car might start close to $30,000. Some readers will recall that the CLA was originally priced at about $30k, though it's now closer to $33k. Speaking of the CLA, Mercedes will launch a redesigned version of the coupe-like sedan to sell alongside the new A-Class sedan. The new CLA should arrive next year.