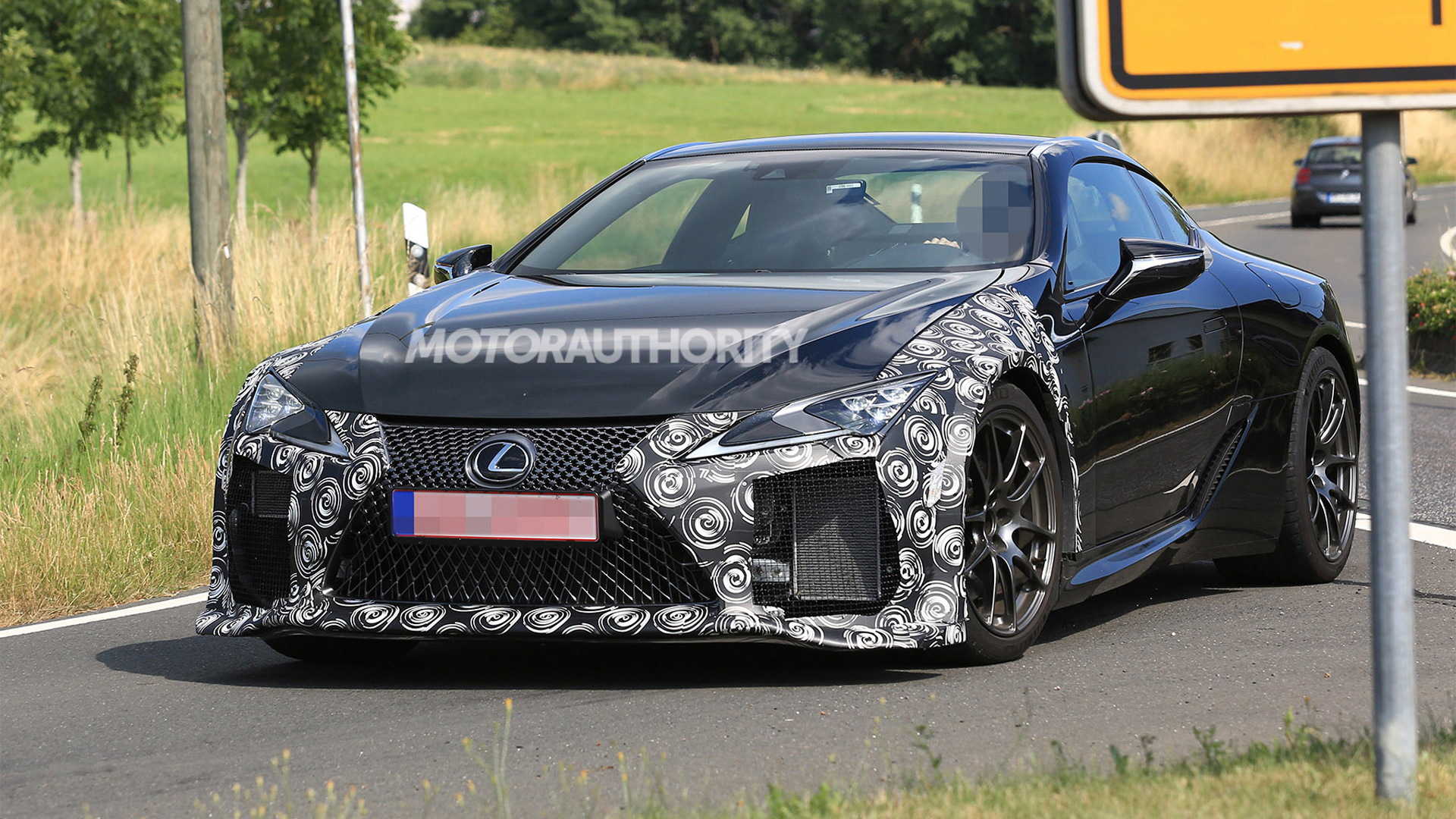 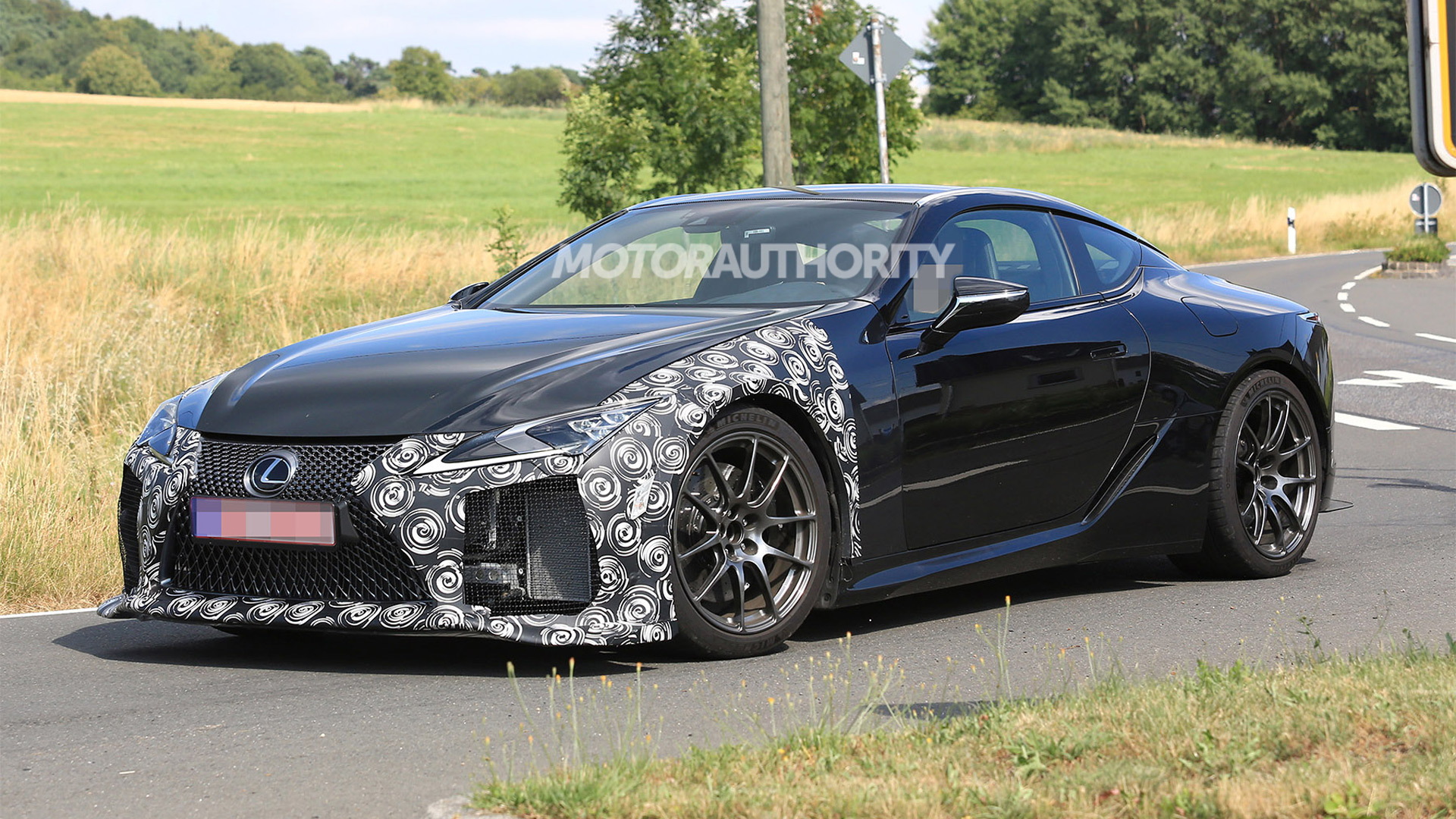 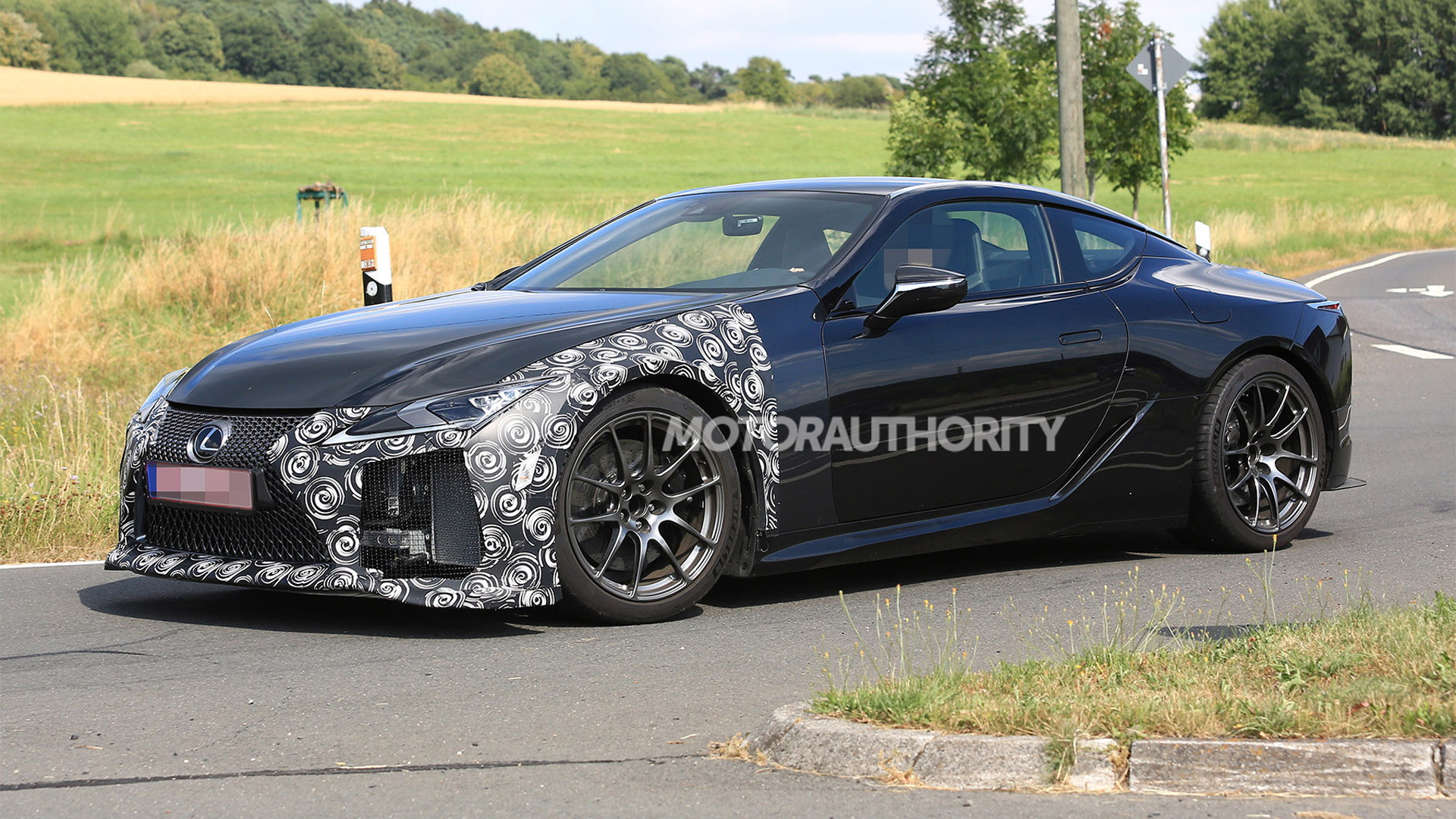 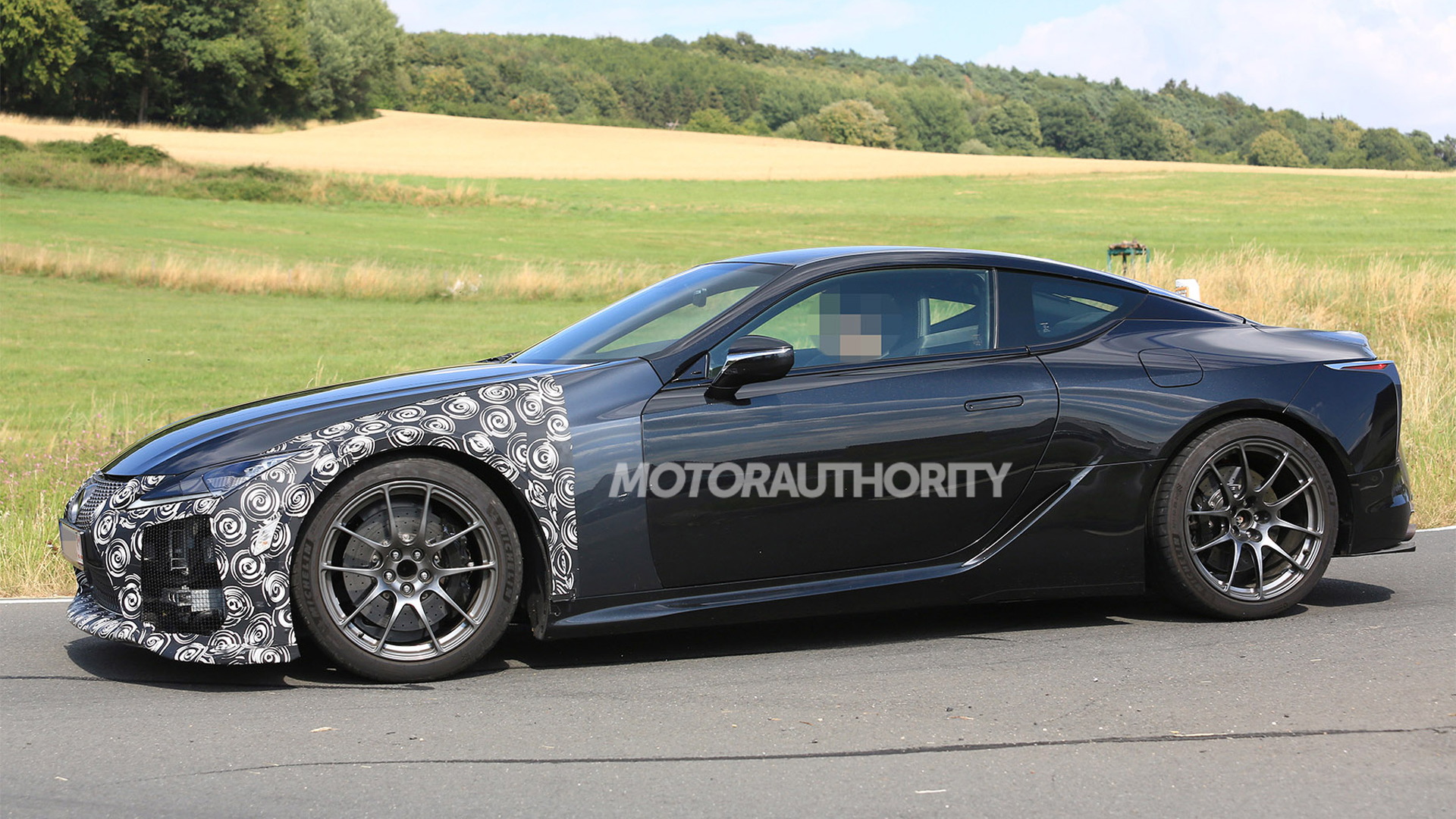 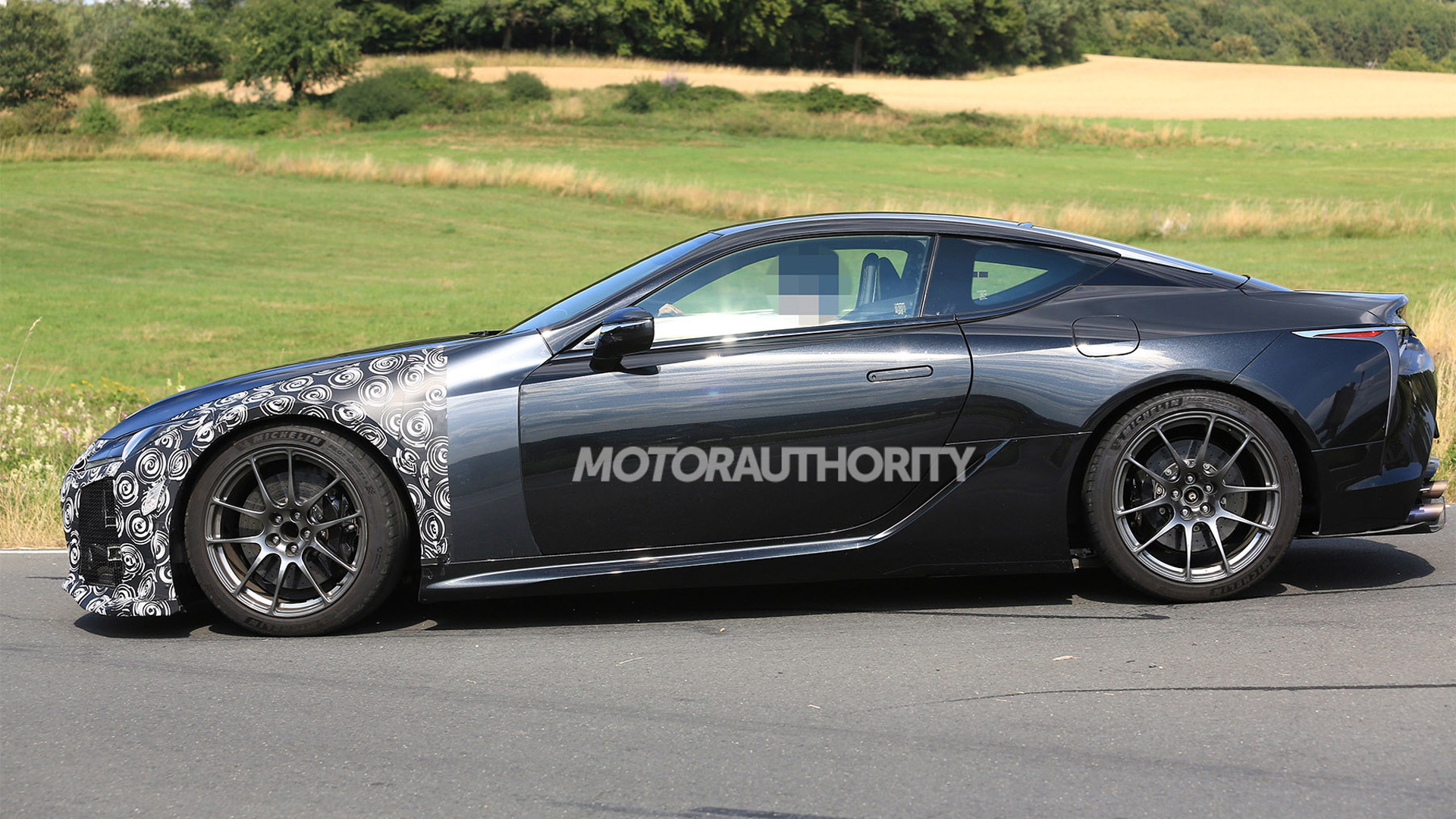 Engineers from Lexus have been caught testing an early prototype for the long-awaited LC F.

Rumors of the car circulated even before the LC made its debut, but things didn't really heat up until last year when a trademark filing for the LC F name was discovered. Now we have tangible evidence the high-performance LC is coming.

The stacked exhaust tips at the rear confirm the car's membership in the Lexus F fleet. There's also a frame for a new diffuser at the rear while at the front there's a much more aggressive splitter compared to what you normally find on the LC. Huge intakes have also been cut into the front fascia to keep the engine cool.

It's possible the car is running an uprated version of the LC 500's 5.0-liter V-8. However, there are rumors Lexus has developed a 4.0-liter twin-turbocharged V-8 based on an existing 2.0-liter inline-4. (Think of the two inline-4s sharing a common crank and angled at 90 degrees.)

Whatever is nestled under the hood, expect it to deliver at least 600 horsepower and 470 pound-feet of torque in the LC F to keep up with rivals such as the Mercedes-AMG S63 Coupe and Porsche 911 Turbo S.

Other upgrades in the LC F should include a tweaked version of the LC 500’s 10-speed automatic transmission, along with track-tuned suspension, beefier brakes, and light alloy wheels. You'll notice the wheels on the tester feature a pattern similar to one used on the LFA supercar.

No doubt there will also be more carbon fiber employed to help shed additional pounds.

Look for the debut of the LC F in 2020, which means it will likely arrive as a 2021 model. An LC convertible is also thought to be coming.