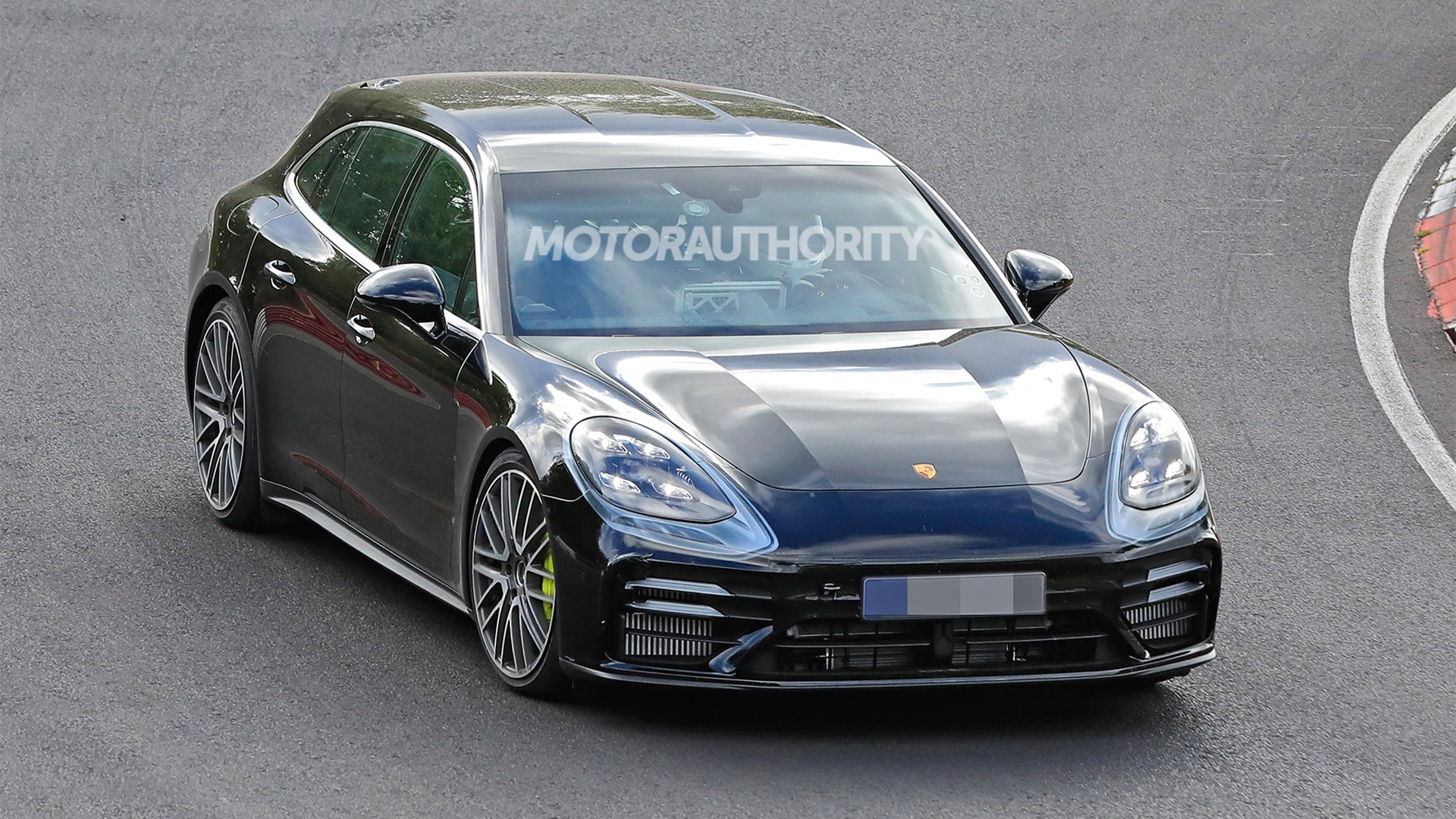 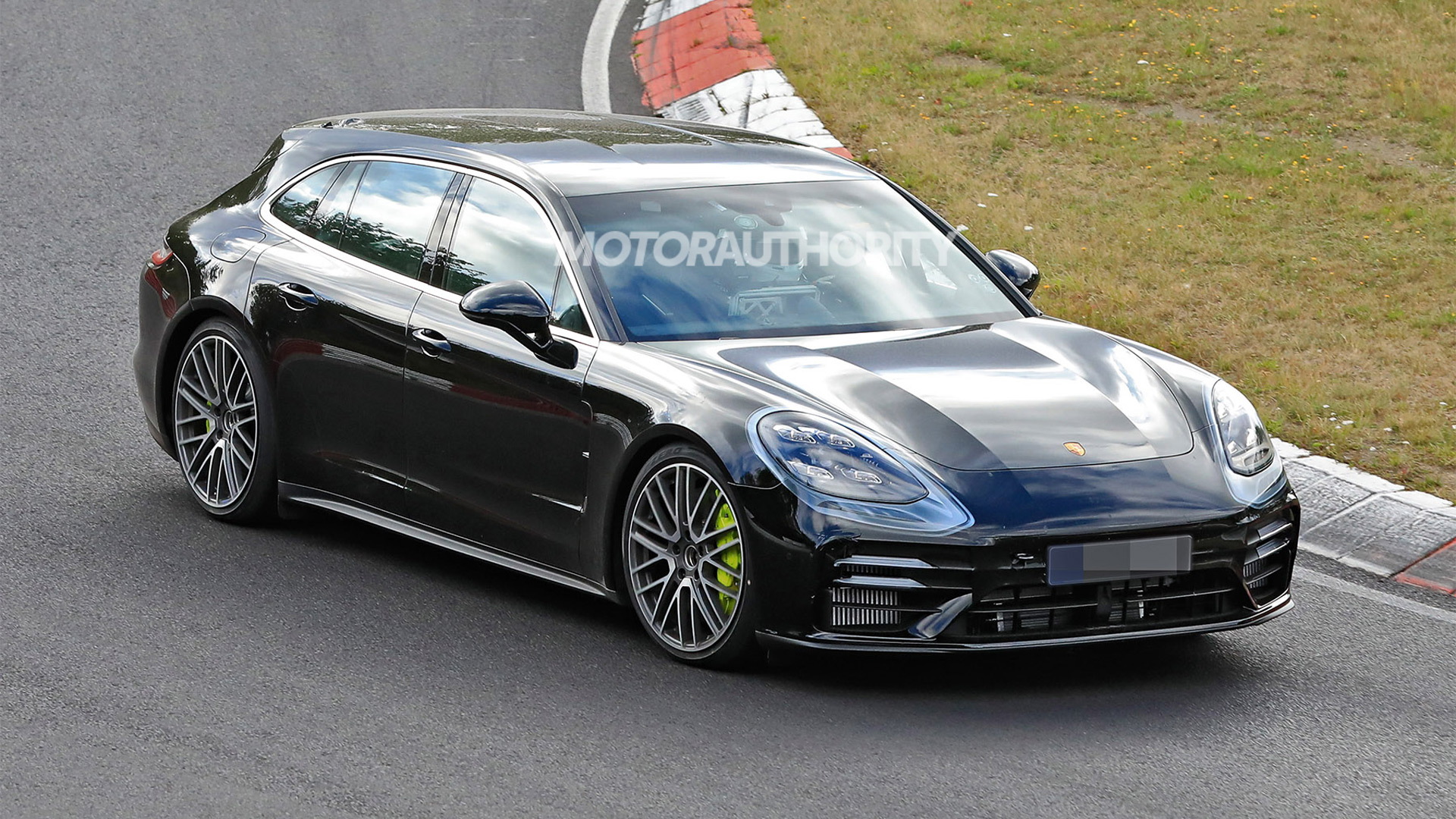 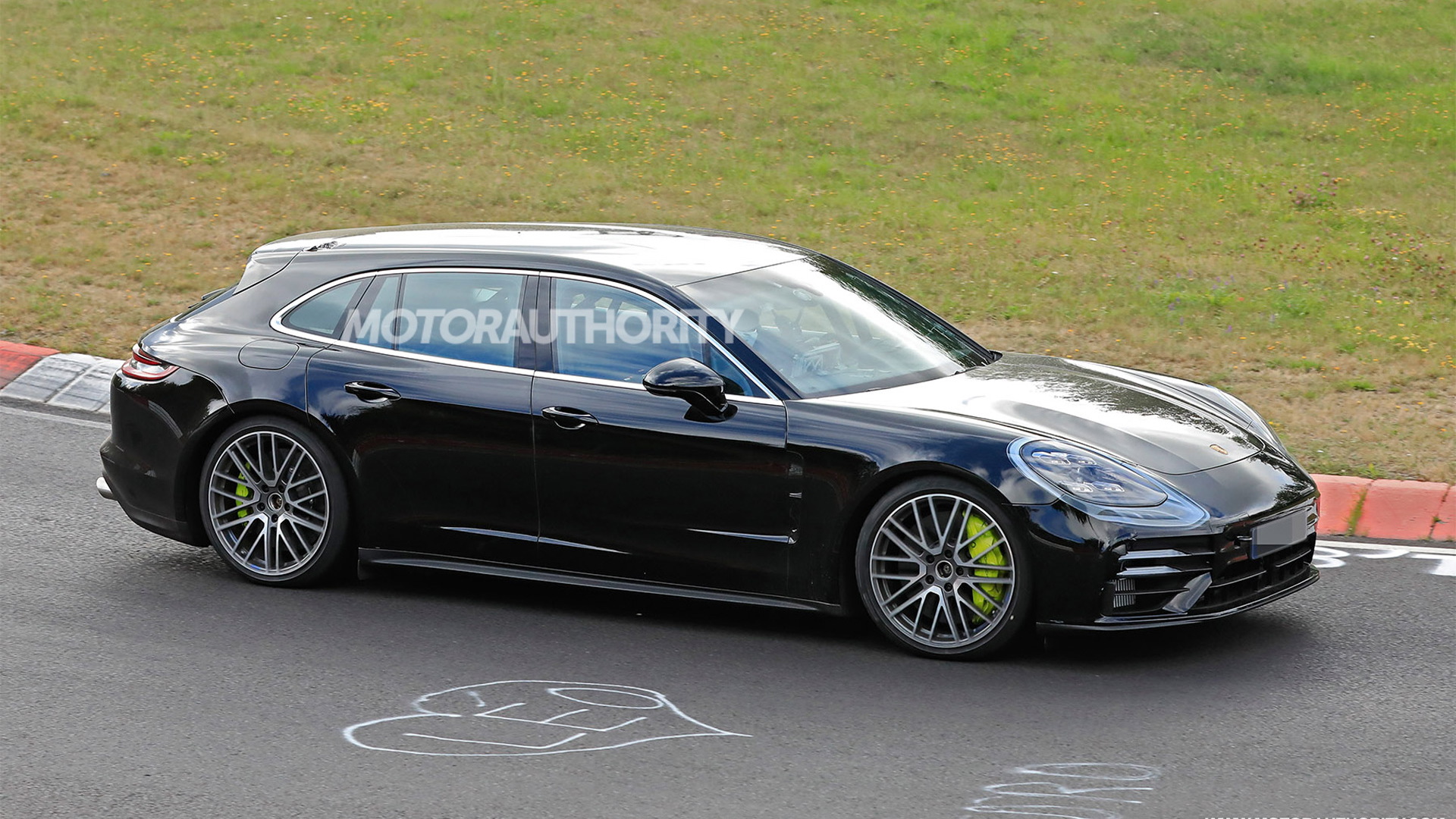 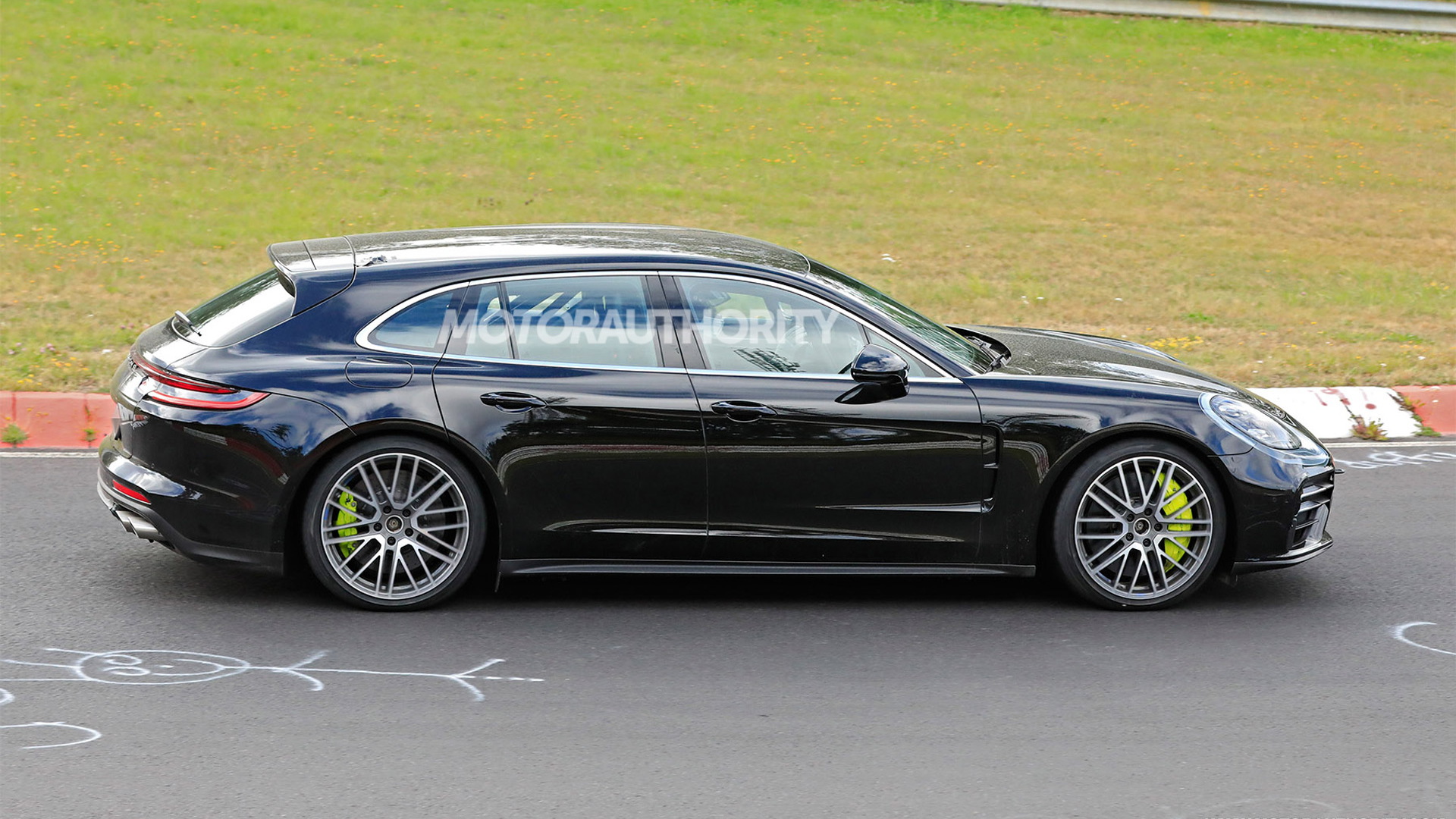 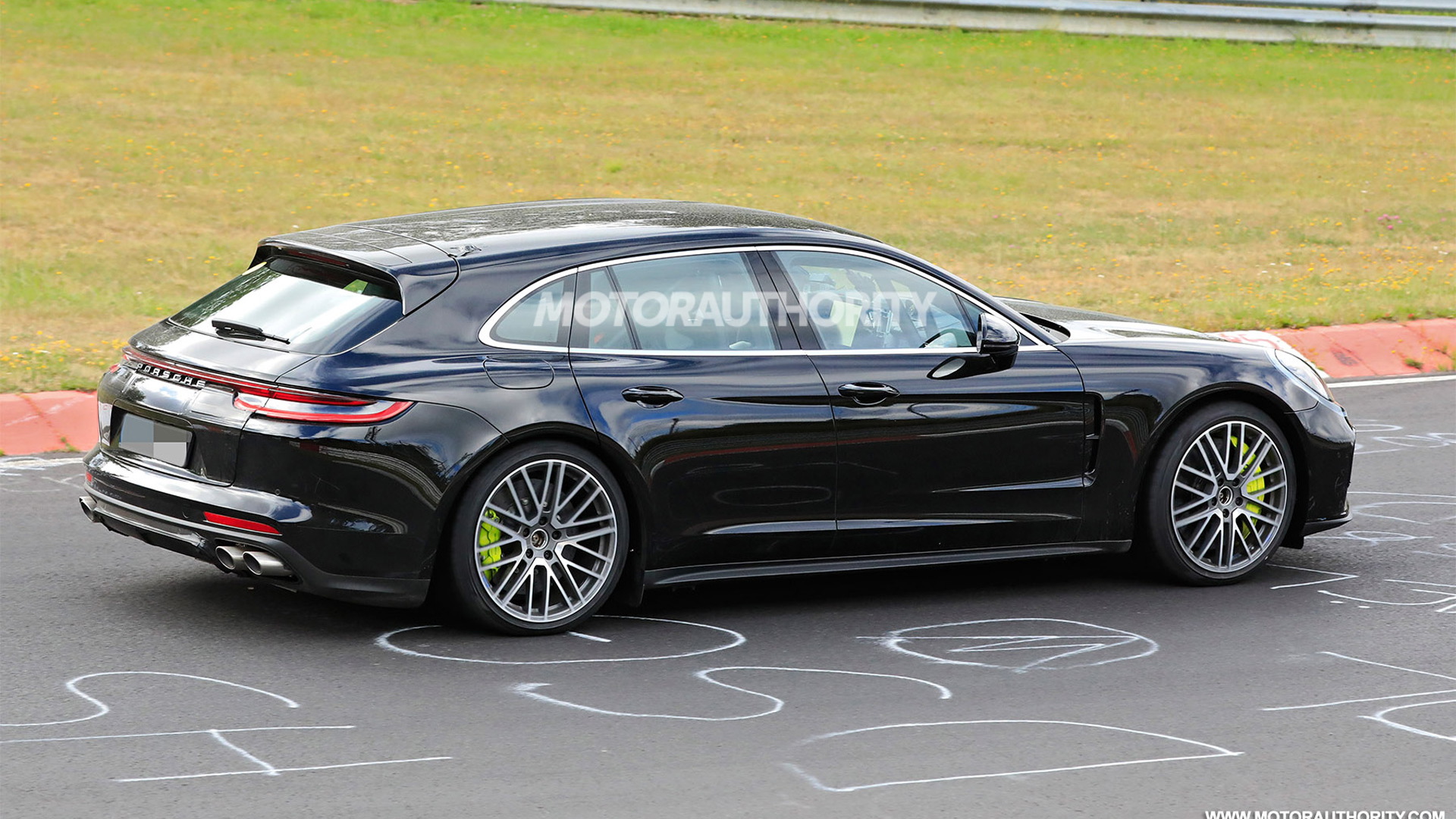 Porsche's second-generation Panamera is about to come in for a subtle facelift as it reaches the midway point in its life cycle, as evidenced by camouflaged prototypes spotted in the wild.

The latest prototypes are for the Panamera's Sport Turismo wagon body style. Earlier testers showed the regular liftback sedan.We were recently invited by Porsche to test them both.

The prototypes have new fascias front and rear. The taillights have also been tweaked and feature a new design for the center strip joining the individual light clusters, which will likely end up being similar to the design used on the latest versions of Porsche's Cayenne and Macan SUVs.

While the looks won't change much, there will be a bit of shakeup in the powertrain department. The current Panamera Turbo with 550 horsepower will be replaced by a Panamera Turbo S with 621 horses. Above this will remain the Panamera Turbo S E-Hybrid plug-in hybrid, likely maintaining the current version's 680 hp.

There will also be new Panamera 4S E-Hybrid, which sort of replaces the Panamera Turbo. It will come a 552-hp plug-in hybrid system built around a 2.9-liter twin-turbocharged V-6. All Panamera plug-in hybrids will also receive a bigger 17.9-kilowatt-hour battery replacing the current 14.1-kwh unit.

The standard Panamera will carry on unchanged mechanically, meaning a 330-hp 3.0-liter turbocharged V-6 will remain, but the Panamera GTS will benefit from a 480-hp V-8 (20 more horses than the current model) and software tweaks that make the power delivery feel more linear.

Porsche is also known to be testing a hardcore Panamera with a more extreme aerodynamic package. There's been no official comments made on this model, though.