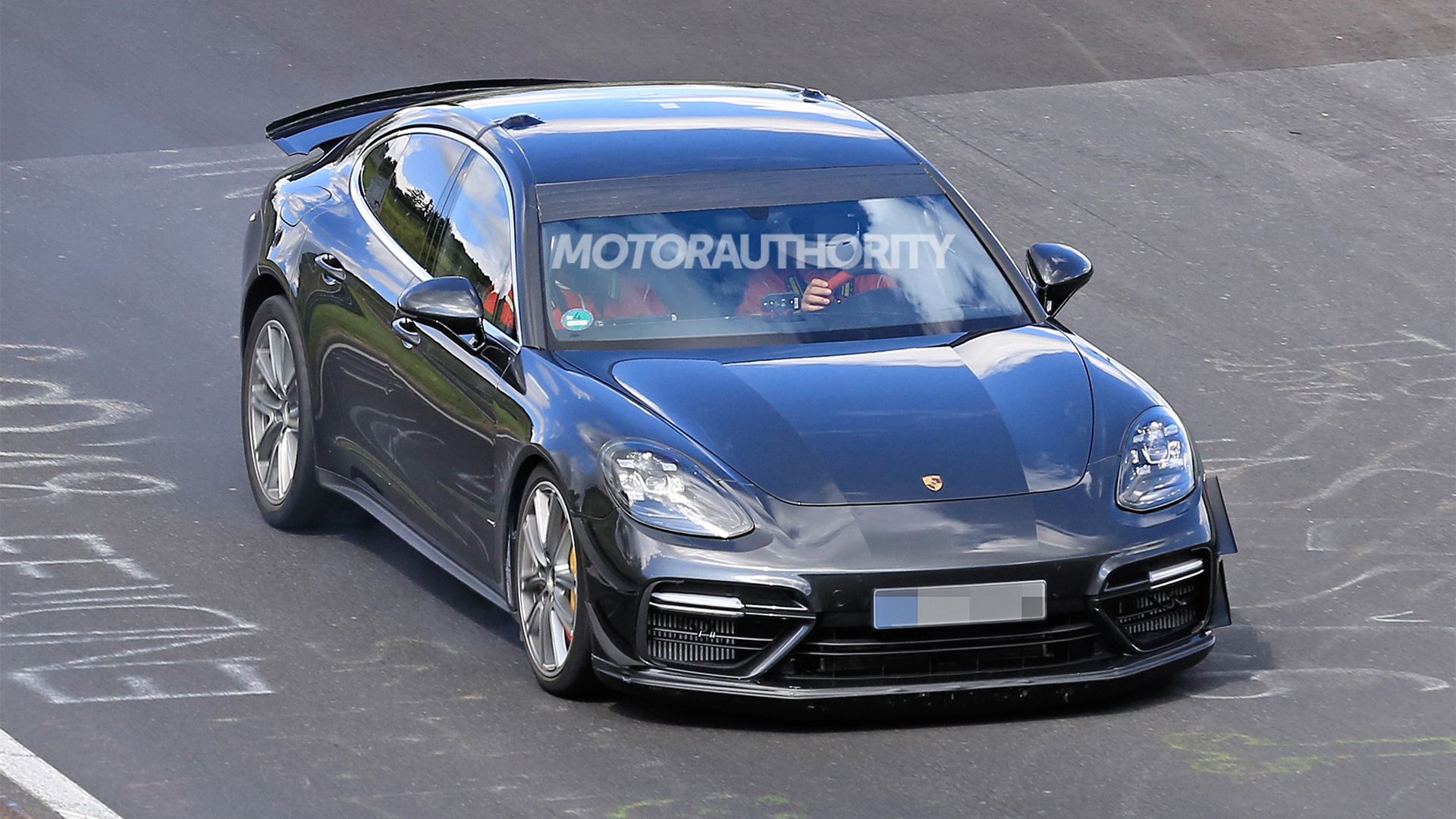 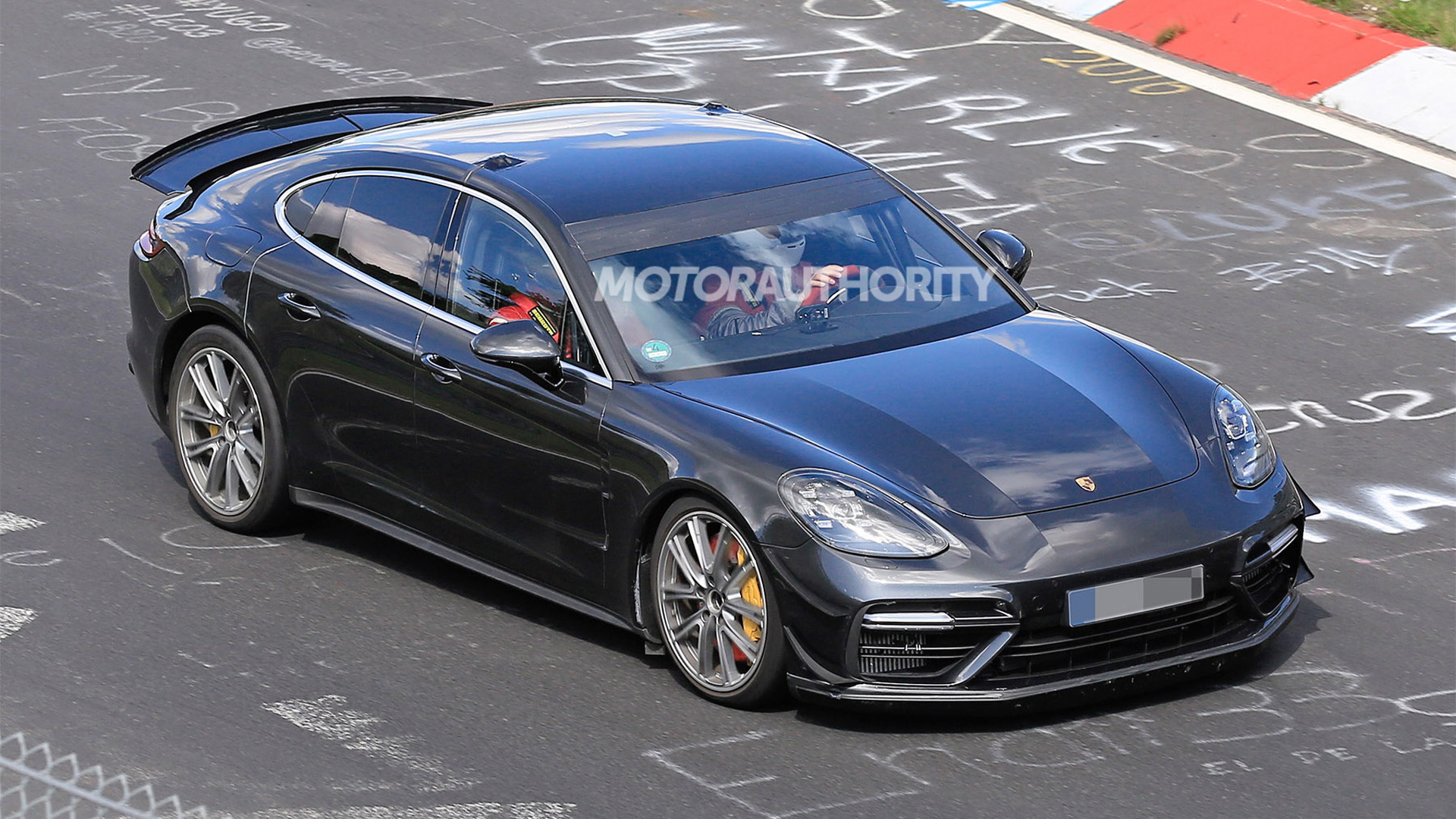 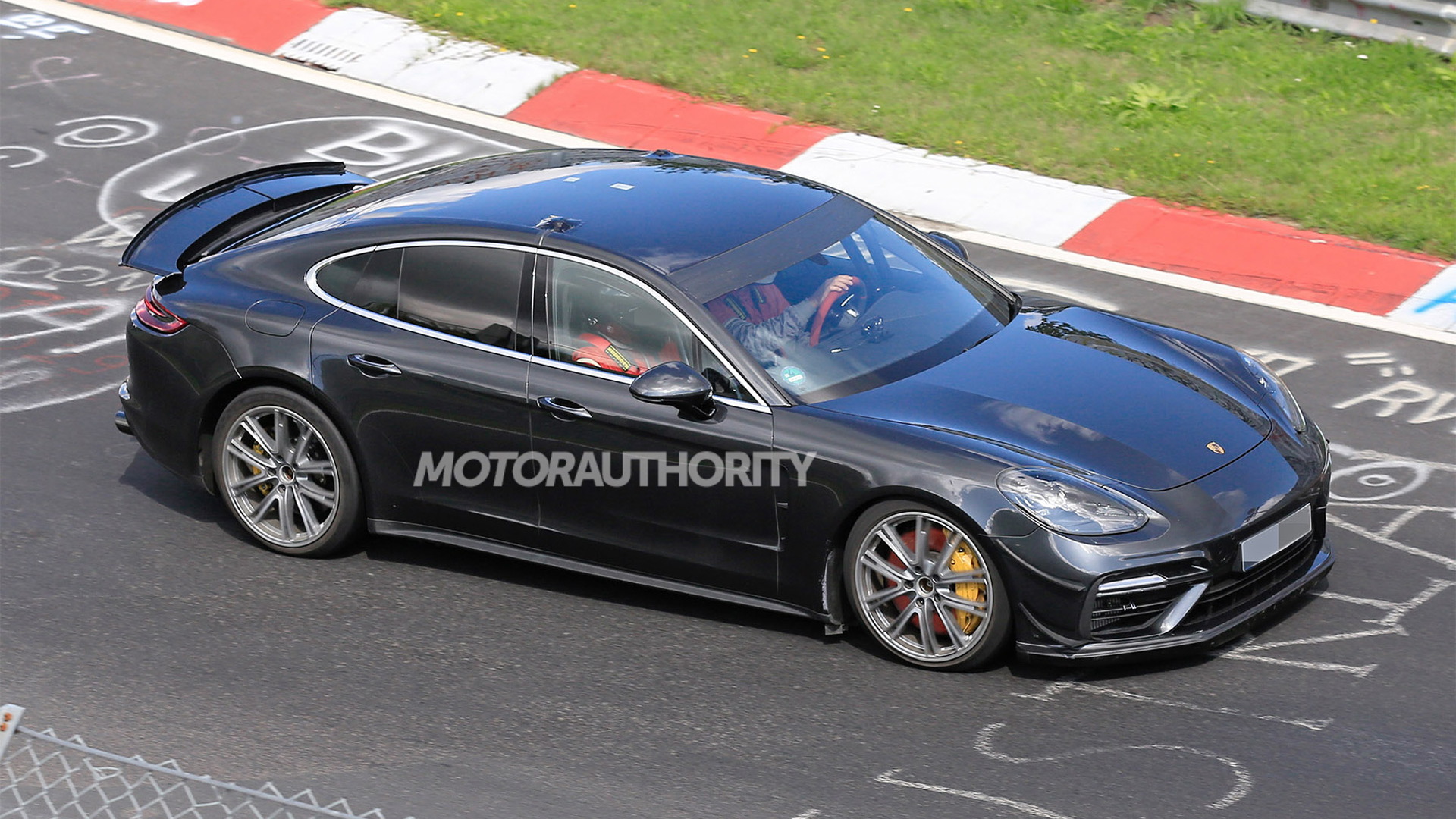 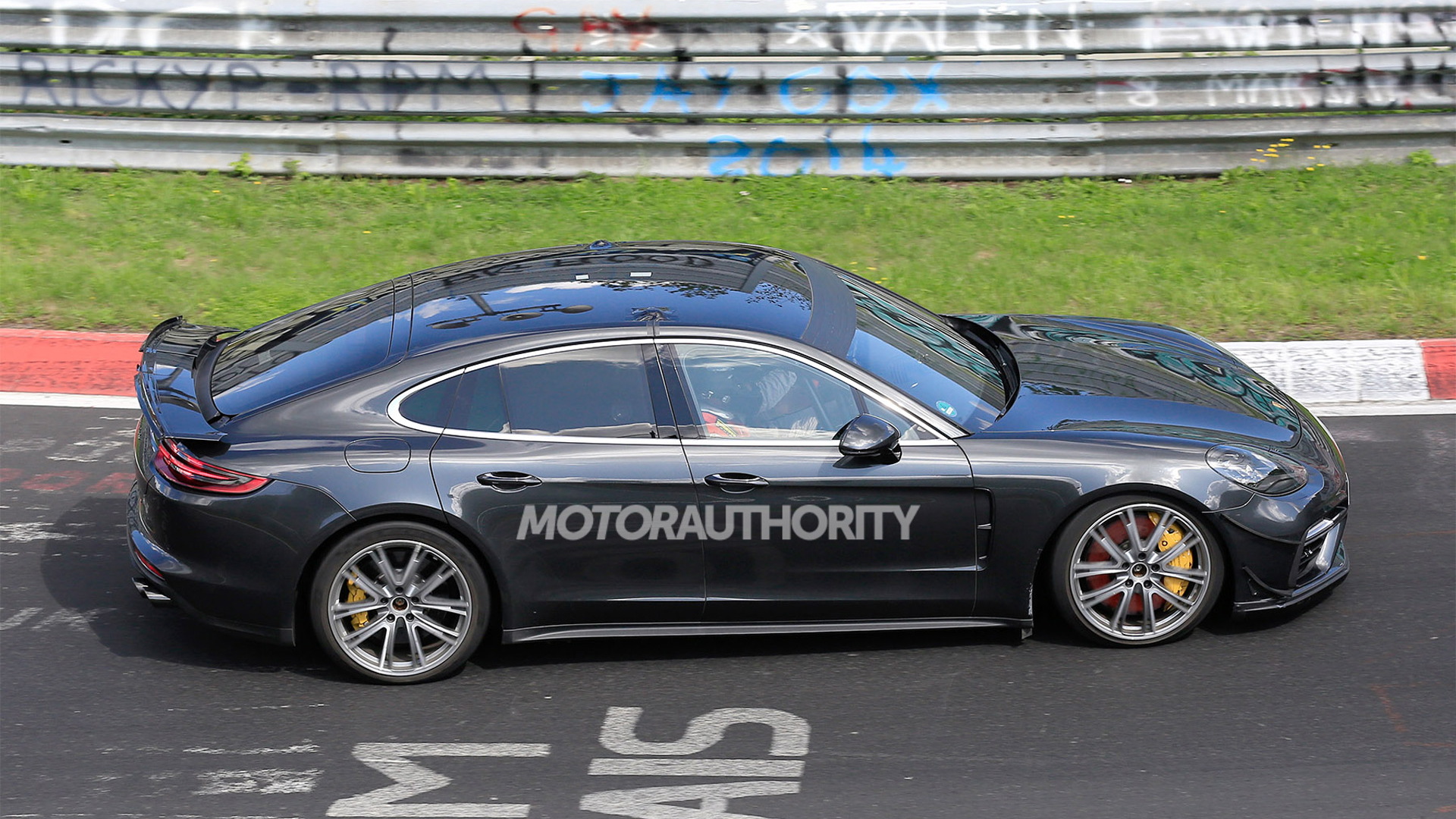 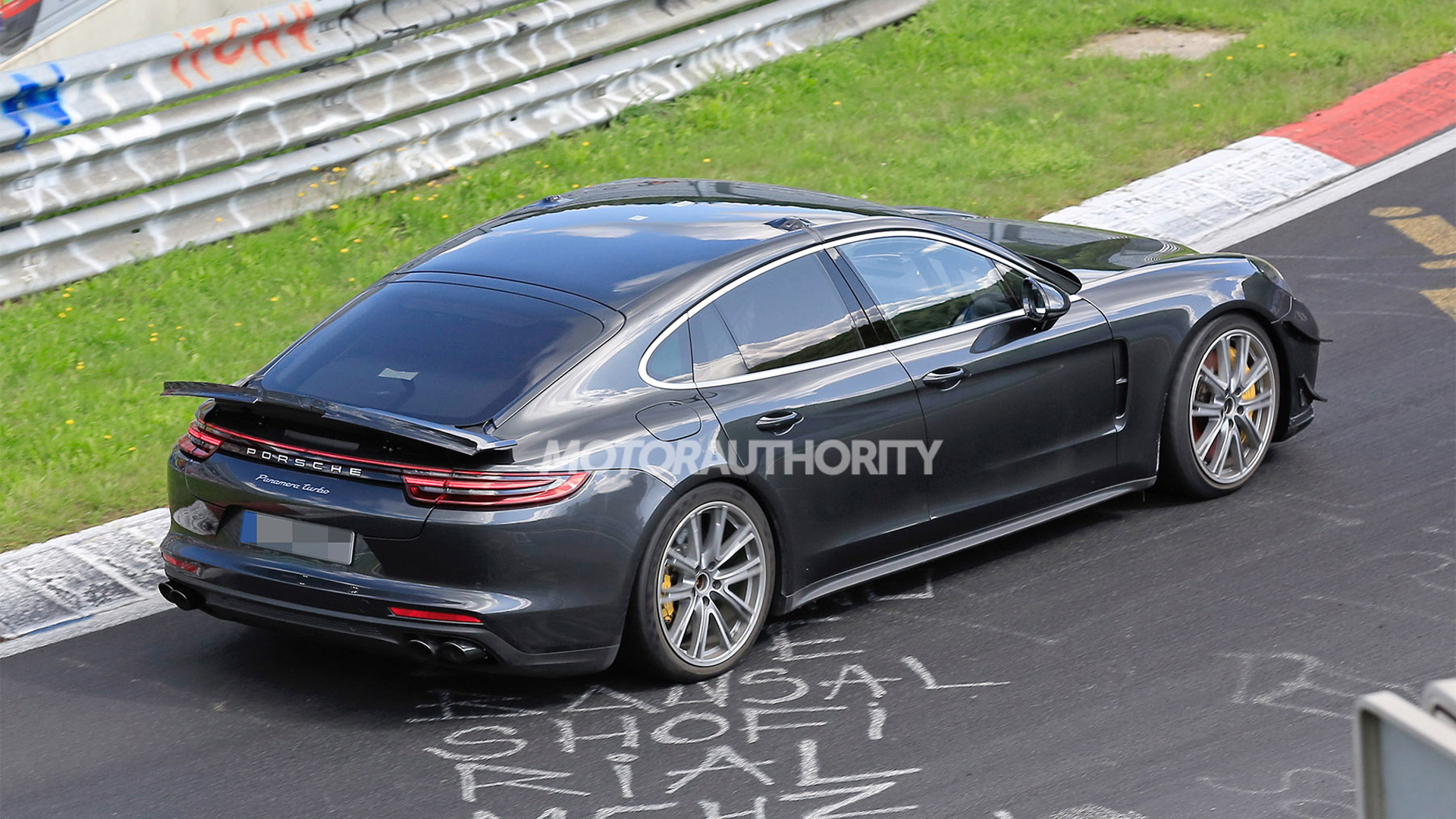 Porsche in recent months has been testing a mystery Panamera prototype at the Nürburgring.

The tester features a Panamera Turbo badge at the back but the car is far from stock. Clearly visible are an extended front splitter, aero flics, huge carbon-ceramic brake rotors, and a modified rear wing. It also sounds much louder than a stock Turbo.

Porsche is known to be working on a mid-cycle update for the Panamera, though the mystery prototype looks to be an entirely different beast.

According to GT Spirit's sources, the car is a skunkworks project to celebrate this year's 10th anniversary of the launch of the Panamera nameplate—and it reportedly lapped the 'Ring in a time of 7:11 during testing.

Porsche already announced a 10th anniversary Panamera earlier in October, though this is really just a mild appearance package. This mystery prototype reportedly benefits from around 550 pounds of weight-saving mods, plus a roll cage, extra-wide wheels with street-legal Michelin Sport Cup 2 tires, and of course more power. We hear output could be as high as 750 horsepower. For reference, the standard Panamera Turbo has 550 hp and the Turbo S E-Hybrid has 680 hp thanks to its electric kick.

It isn't clear if Porsche is planning a limited production run, or if this is just a stunt. When it comes to Nürburgring lap times for 4-door cars, Jaguar's XE SV Project 8 has the production car record with a time of 7:18.361. The Lynk & Co. 03 Cyan Concept has the record for street-legal cars with a time of 7:15.123, and the record for any type of 4-door car is held by Subaru's wild WRX STI Type RA NBR which set a time of 6:57.5.