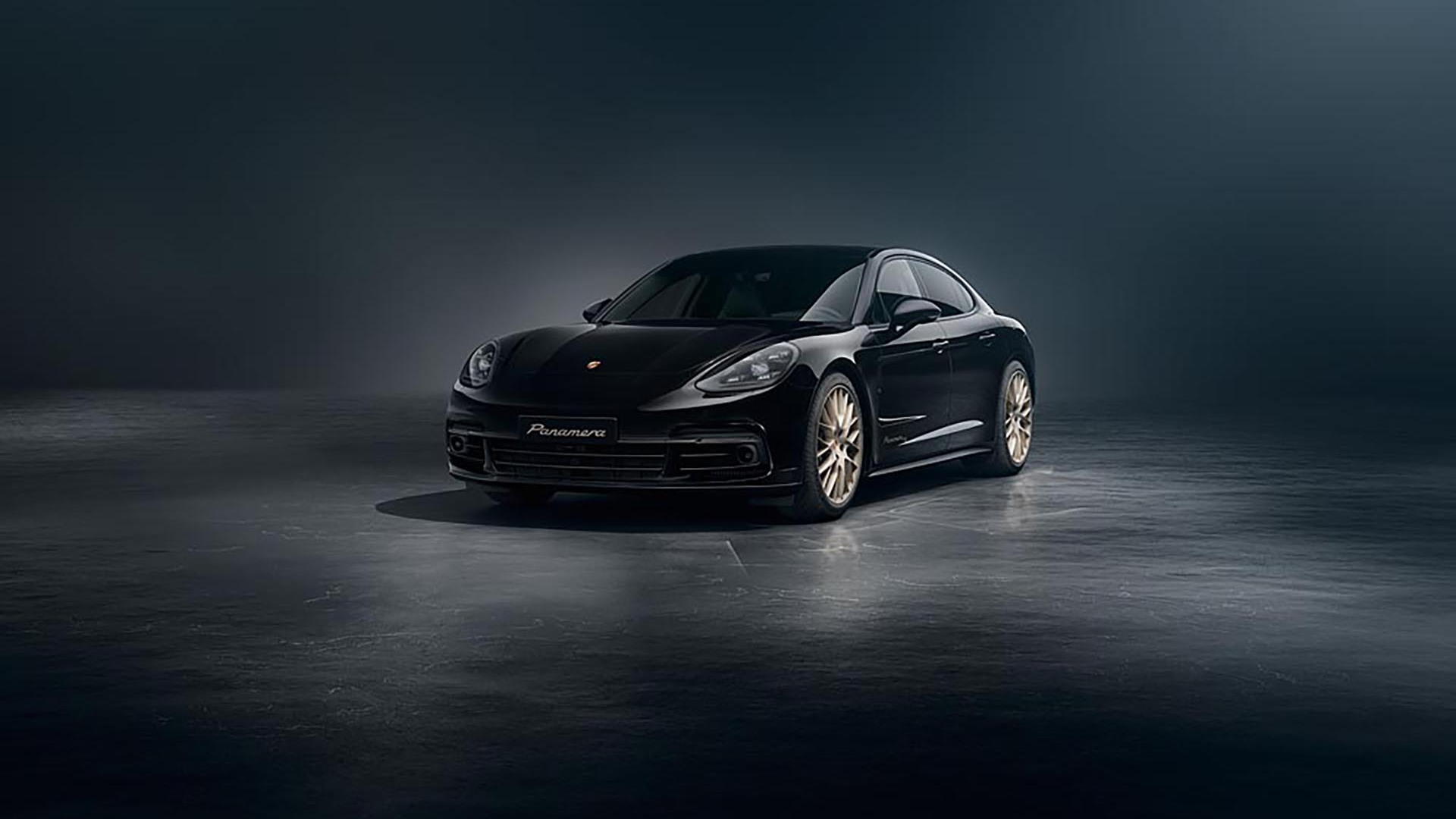 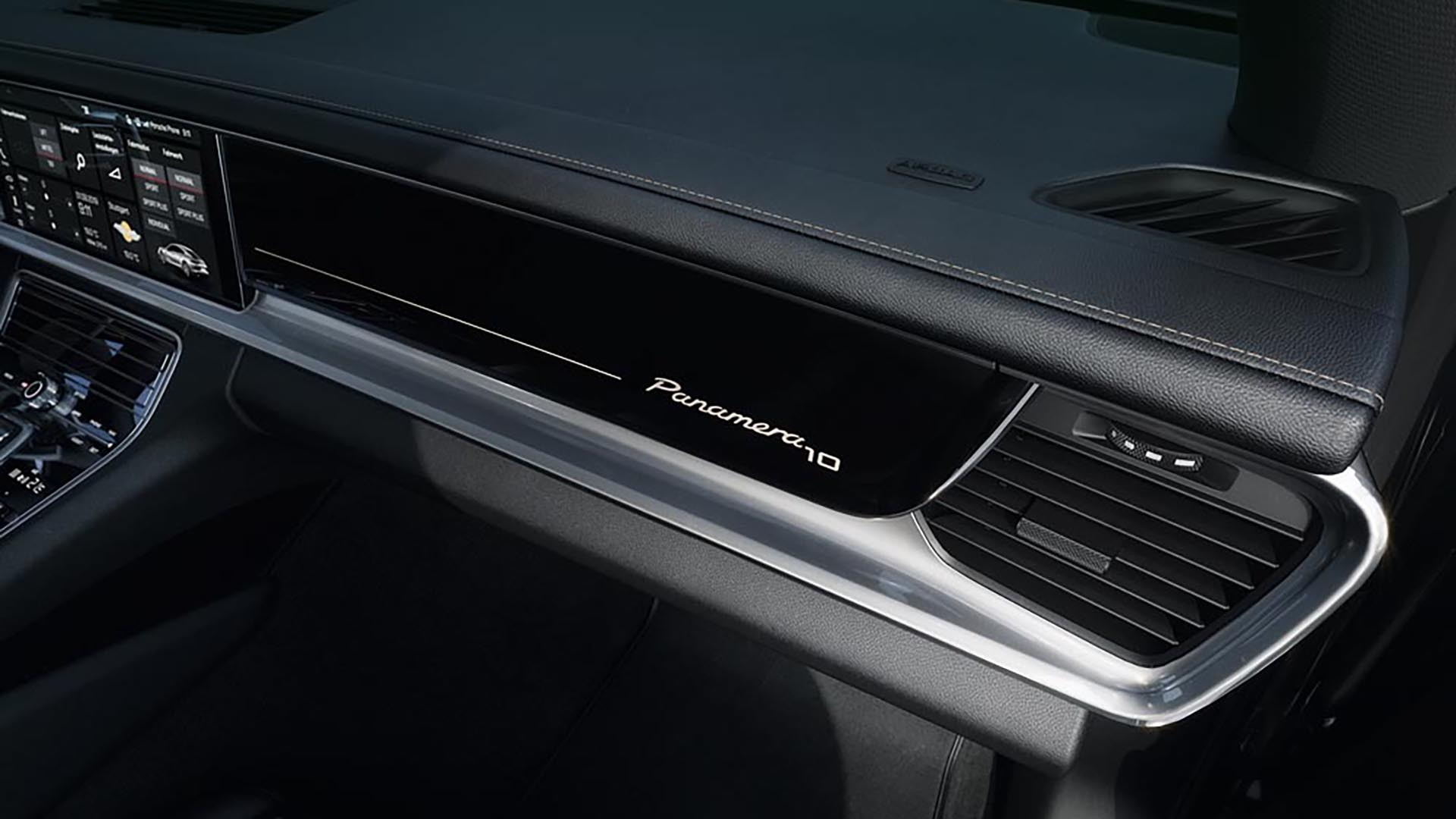 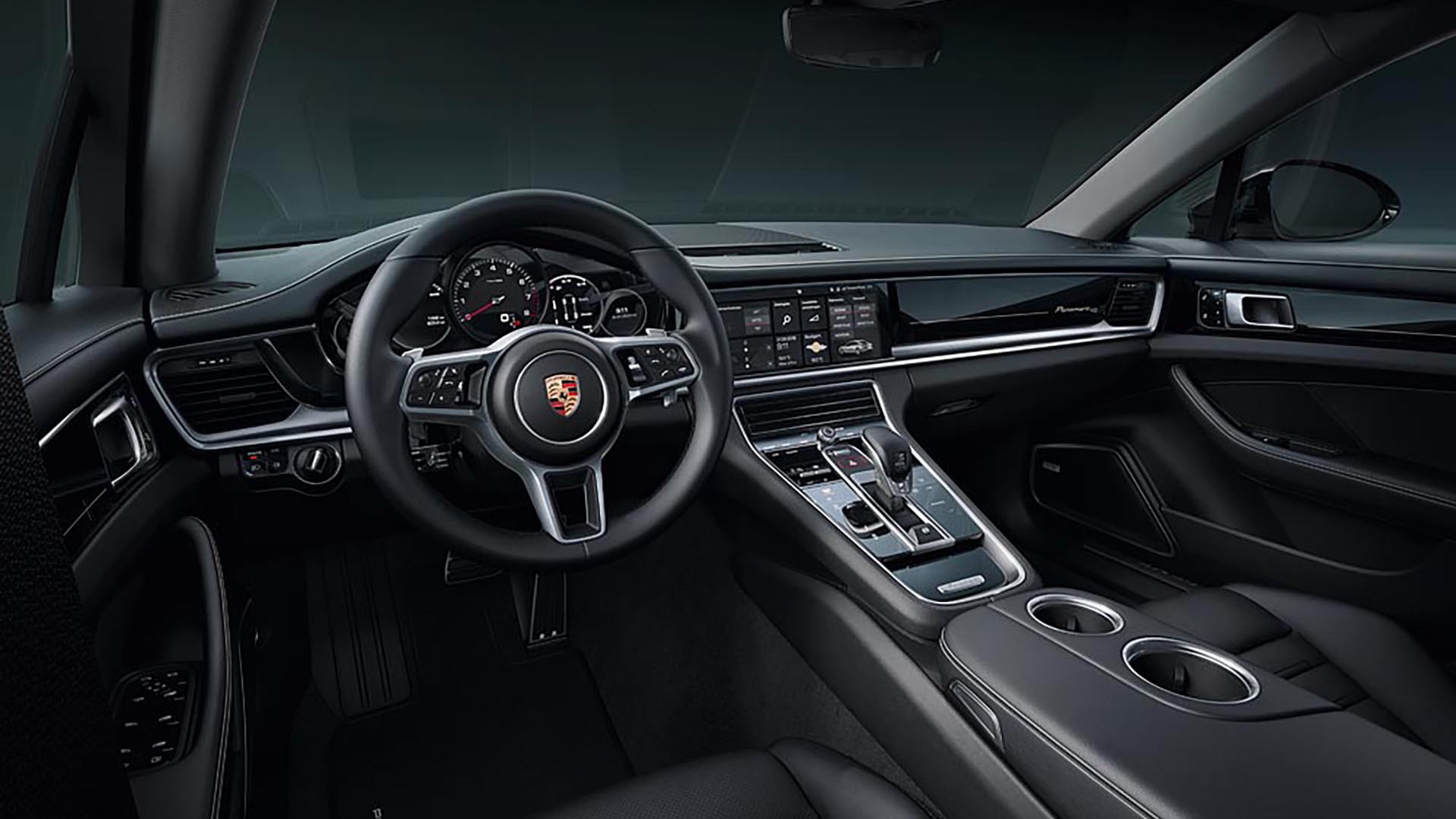 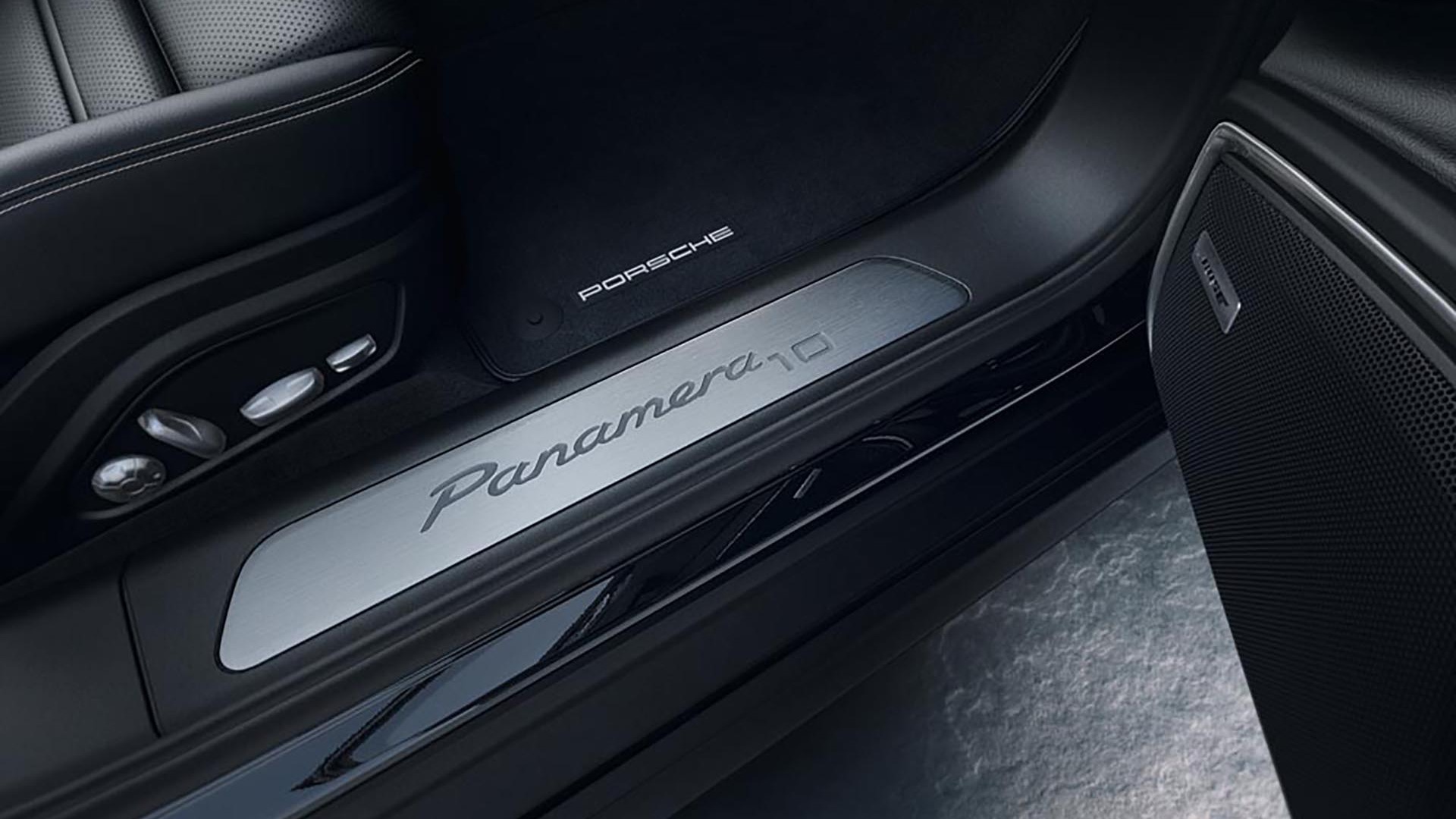 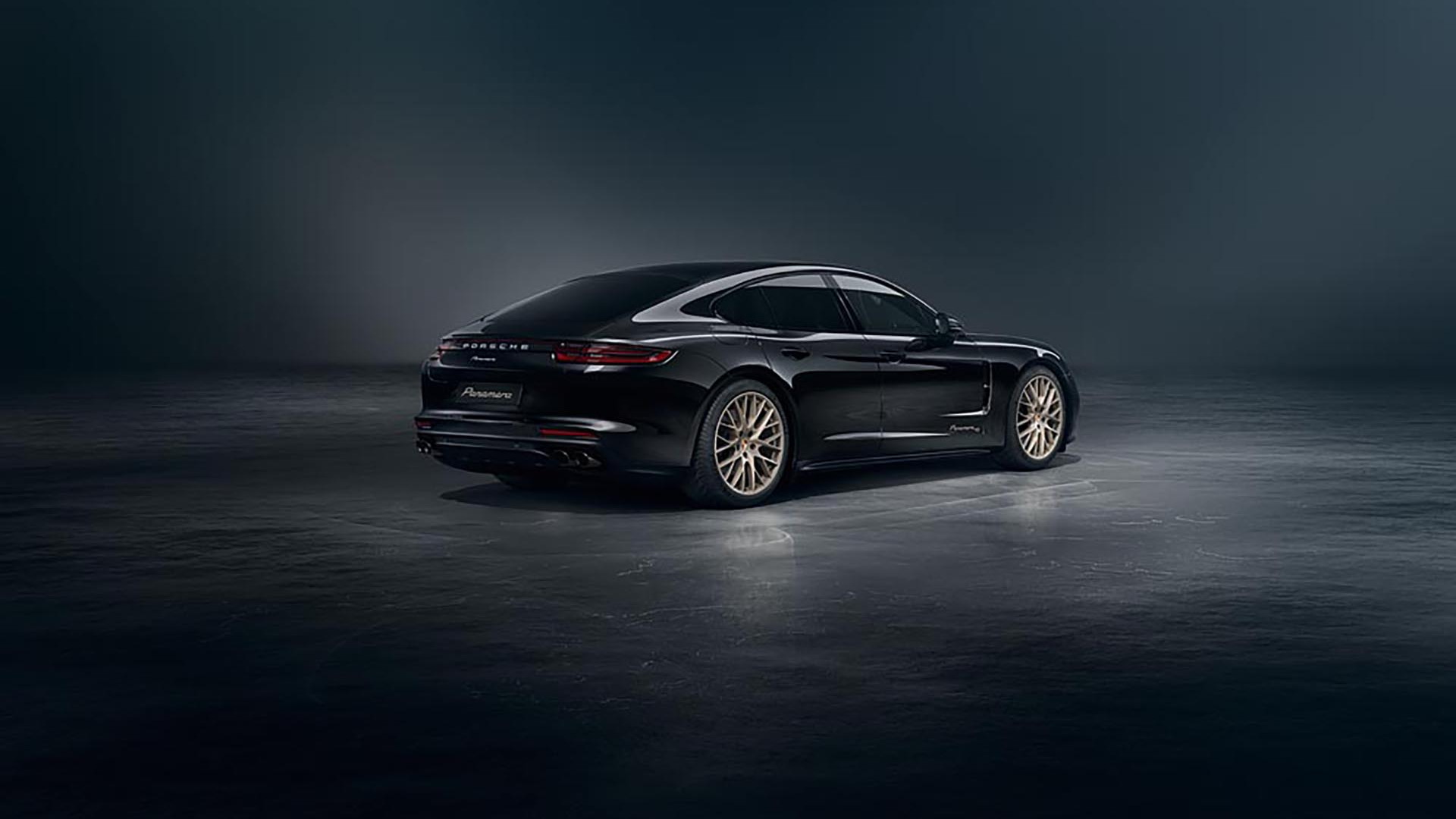 It wasn't long after the Porsche Panamera debuted at the 2009 Shanghai auto show that pearl-clutching Porsche diehards spit through clenched teeth that the automaker had no business building five-door, executive-level hatchbacks. Ten years later and 250,000 examples on the road, the Panamera still doesn't have time for doubters.

On Tuesday, Porsche unveiled a package of Panamera 10 Year Editions for the 2020 Panamera. And while the Panamera's 10 Year Edition equipment may lack the pizzazz of 50th anniversary 911s, just like Porsche told us in 2009 in Shanghai: "Give it time."

The 10th anniversary Panamera is mostly an appearance package for the big five-seater. It wraps rubber around 21-inch white gold (Read: More gold than white) wheels on Panamera, Panamera 4, and Panamera 4 E-Hybrid models.

Stitched interior accents in "white gold" (see note above) anniversary inlays highlight the interior festivities, and the black leather upholstery gets "white gold" accent stitching throughout the cabin. There are decorative kickplates and logo pieces inside to mark the occasion as well.

Anniversary models get Porsche's adaptive suspension system as standard equipment, and the hybrid versions get the available uprated 7.2-kwh onboard charger.

The celebration Panameras come with the same basic hardware as the rest of the lineup. Panamera and Panamera 4 versions have a 3.0-liter turbo V-6 rated at 330 horsepower. Panamera 4 E-Hybrid versions get a twin-turbo 2.9-liter V-6 and an electric motor for a combined output of 457 hp.

When the 10th anniversary Panamera hatchbacks go on sale early next year, they'll cost $104,650 and $108,850 for Panamera and Panamera 4 models, respectively. The Panamera 4 E-Hybrid will cost $118,250, including delivery. All told, the special 10th anniversary equipment adds about $3,000 to a similarly equipped Panamera, which is another thing Porsche has been very good at for the last decade.