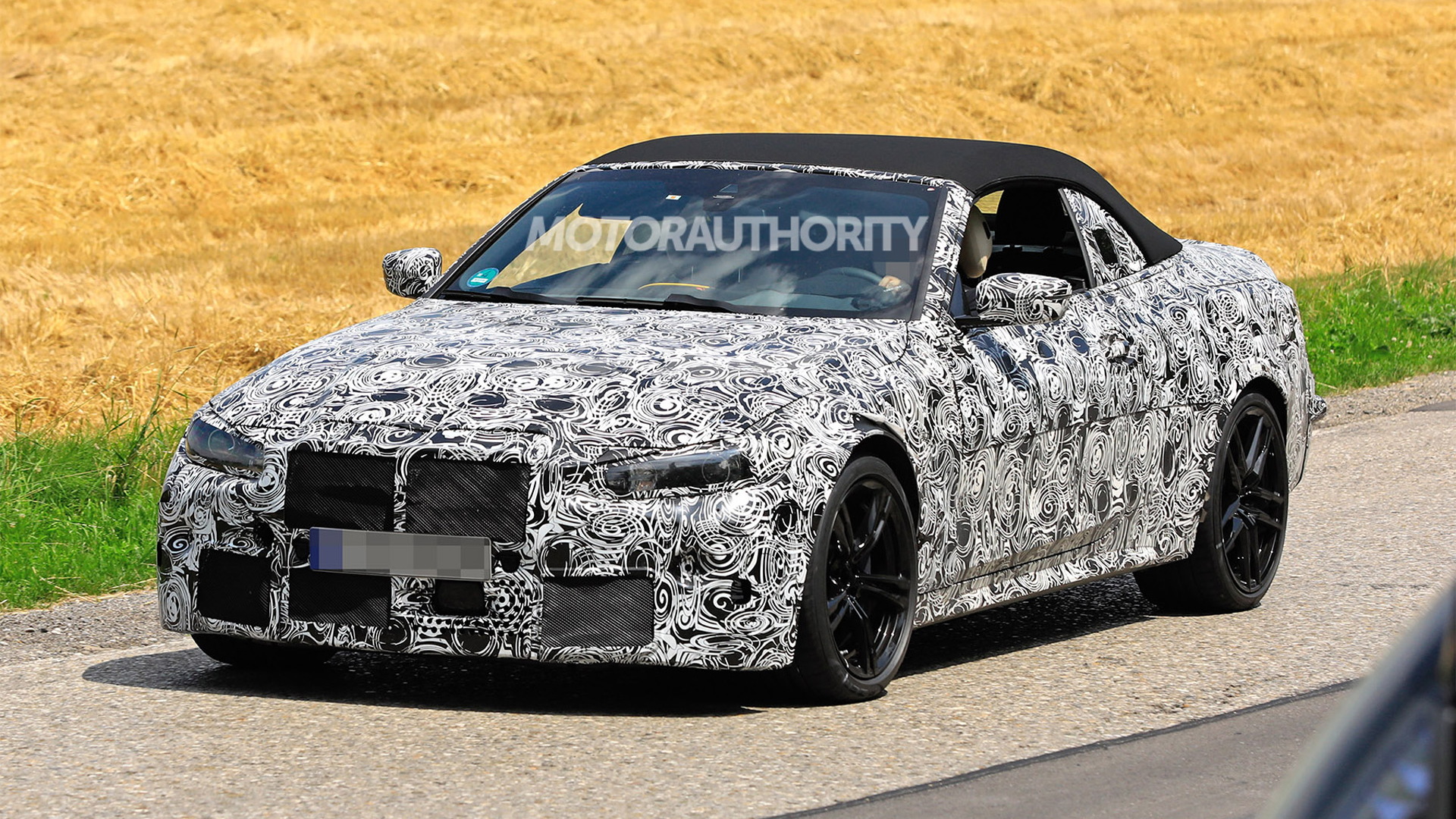 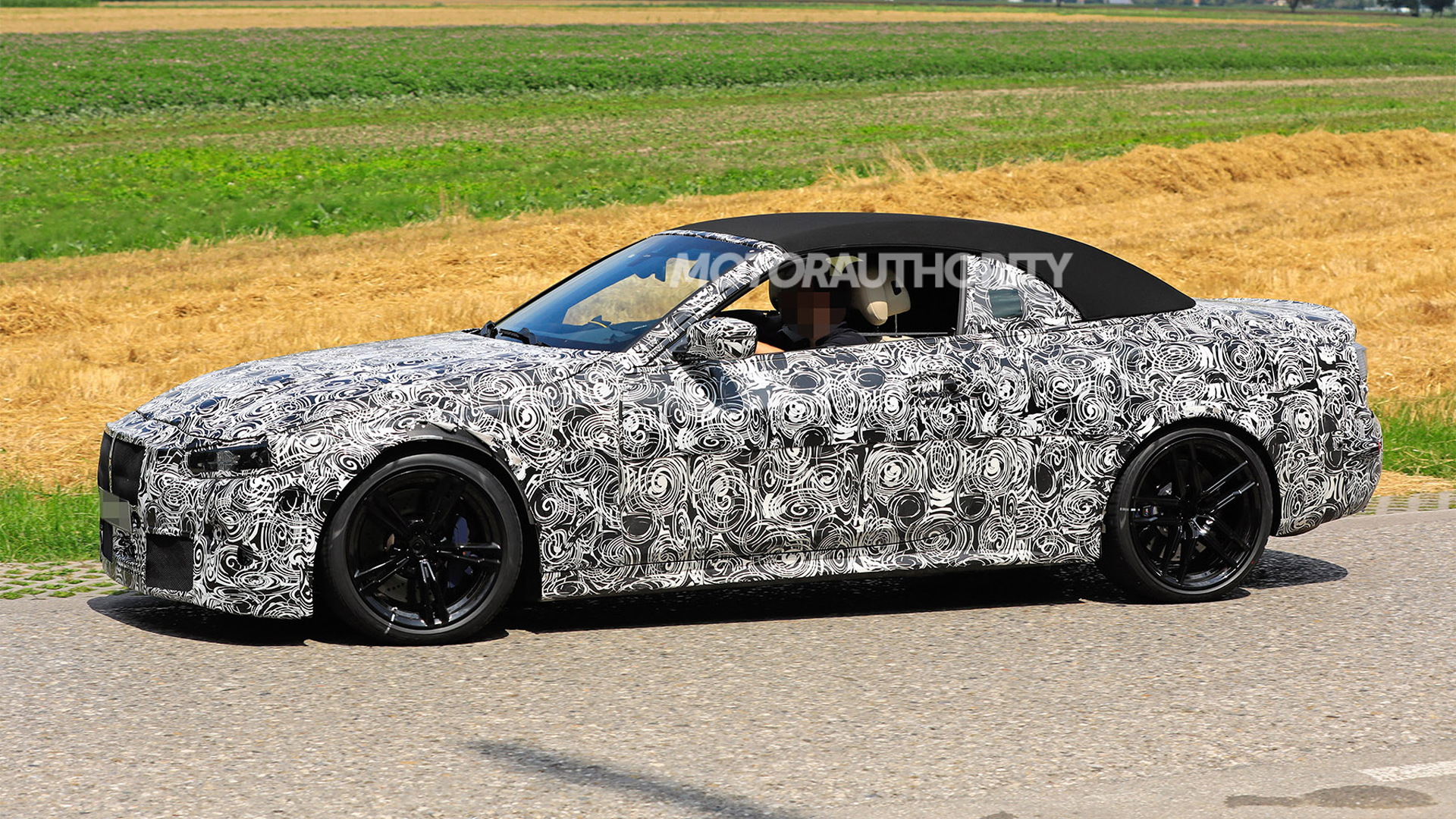 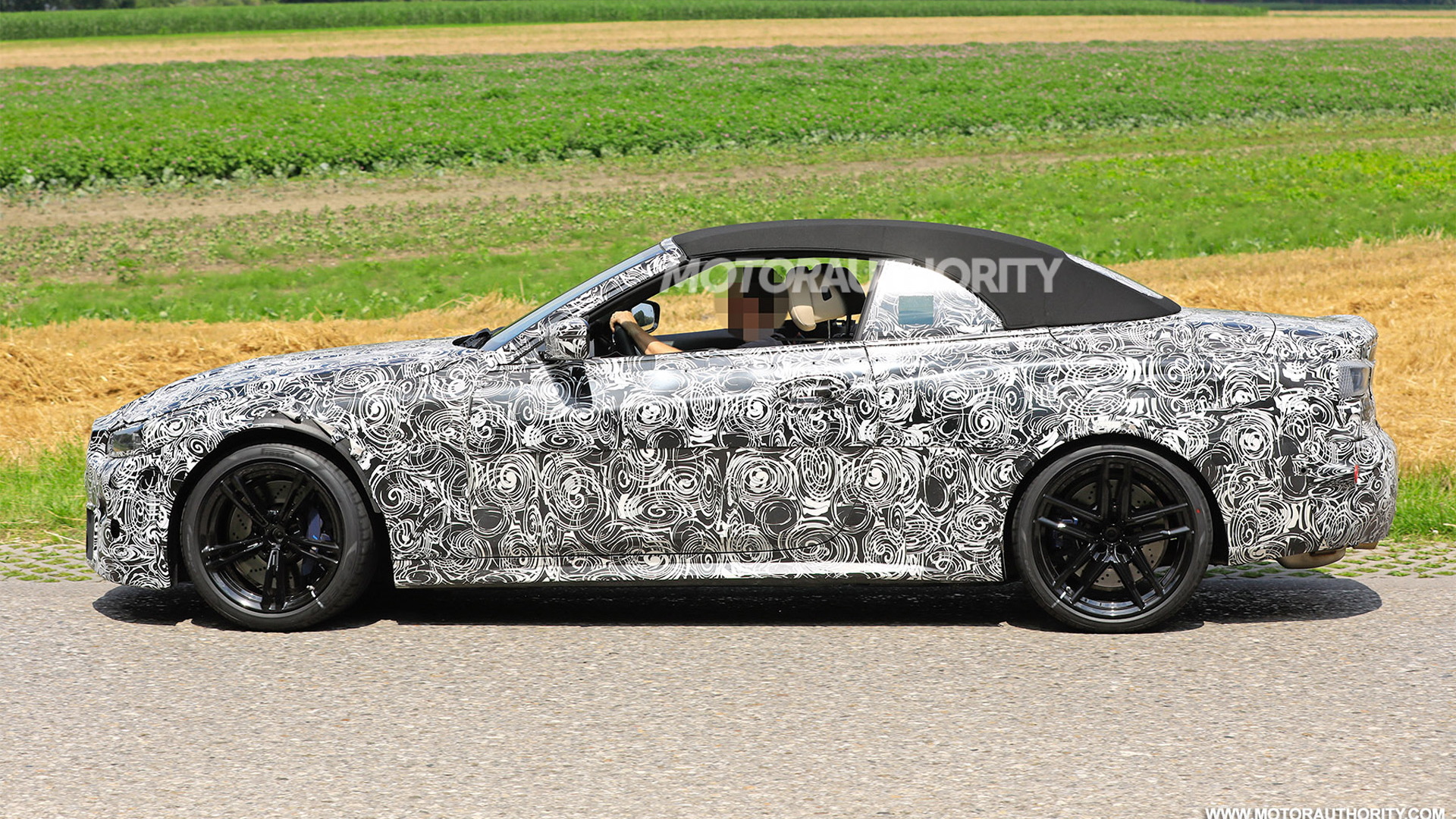 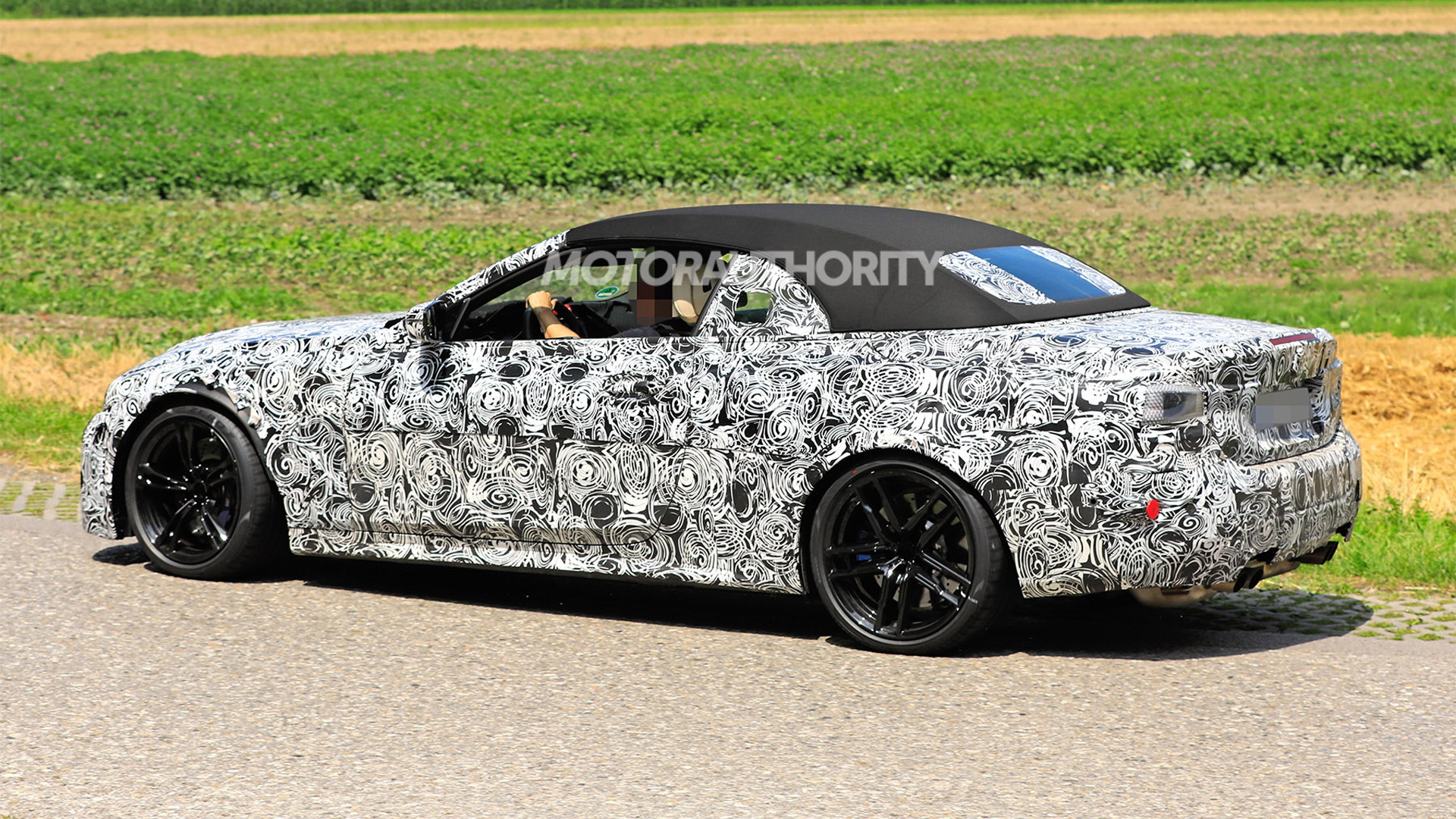 The design for all the cars was previewed in September with the Concept 4.

We know this latest prototype is for the M4 Convertible because of the large openings in the camouflage gear around the front fascia. There's also no missing the uprated wheels and brakes, as well as BMW M's signature quad-exhaust tip design.

Mechanically, the car should be much the same as the redesigned M3 sedan set for a debut in early 2020. Under its hood should sit the same 3.0-liter twin-turbocharged inline-6 code-named the S58 that debuted in the 2020 BMW X3 M and X4 M. Peak output should register at 473 horsepower in standard guise and 503 hp in Competition guise.

We know BMW M is moving toward all-wheel drive, though it isn't clear whether this will be standard on the M4 Convertible or an option. The all-wheel-drive system should be the same M xDrive setup with driver-selectable rear-wheel drive that debuted in the 2018 M5. The setup relies on a transfer case to split torque between the front and rear axles. A rear differential then further splits torque between the rear wheels.

Look for the redesigned 4-Series, including the M4, to arrive in late 2020 or early the following year.

Further out, we should see a repeat of the M4 CS and potentially a new M4 CSL sitting in the same space as the former M4 GTS. Both of these hardcore models will likely arrive in coupe format only.