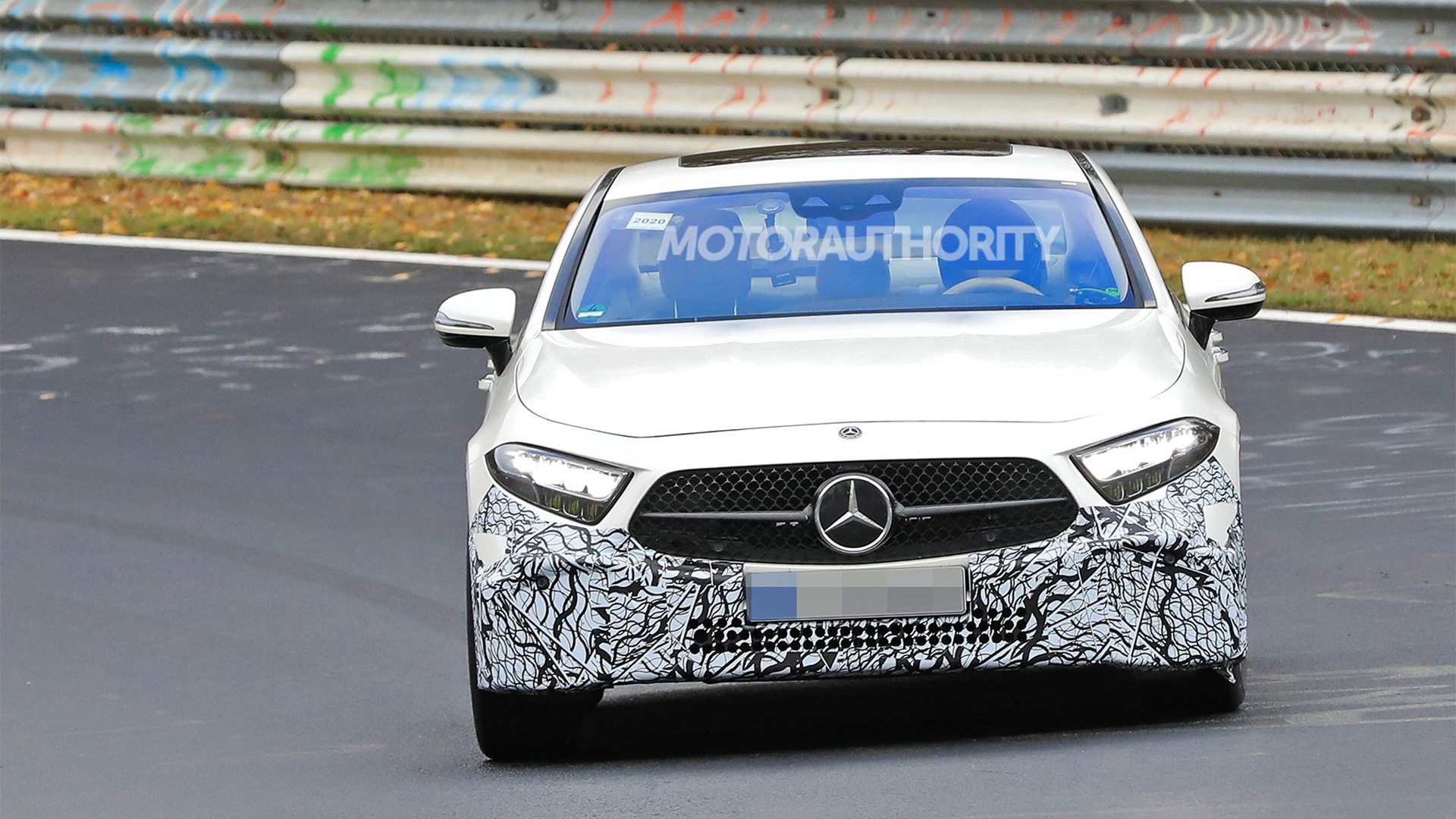 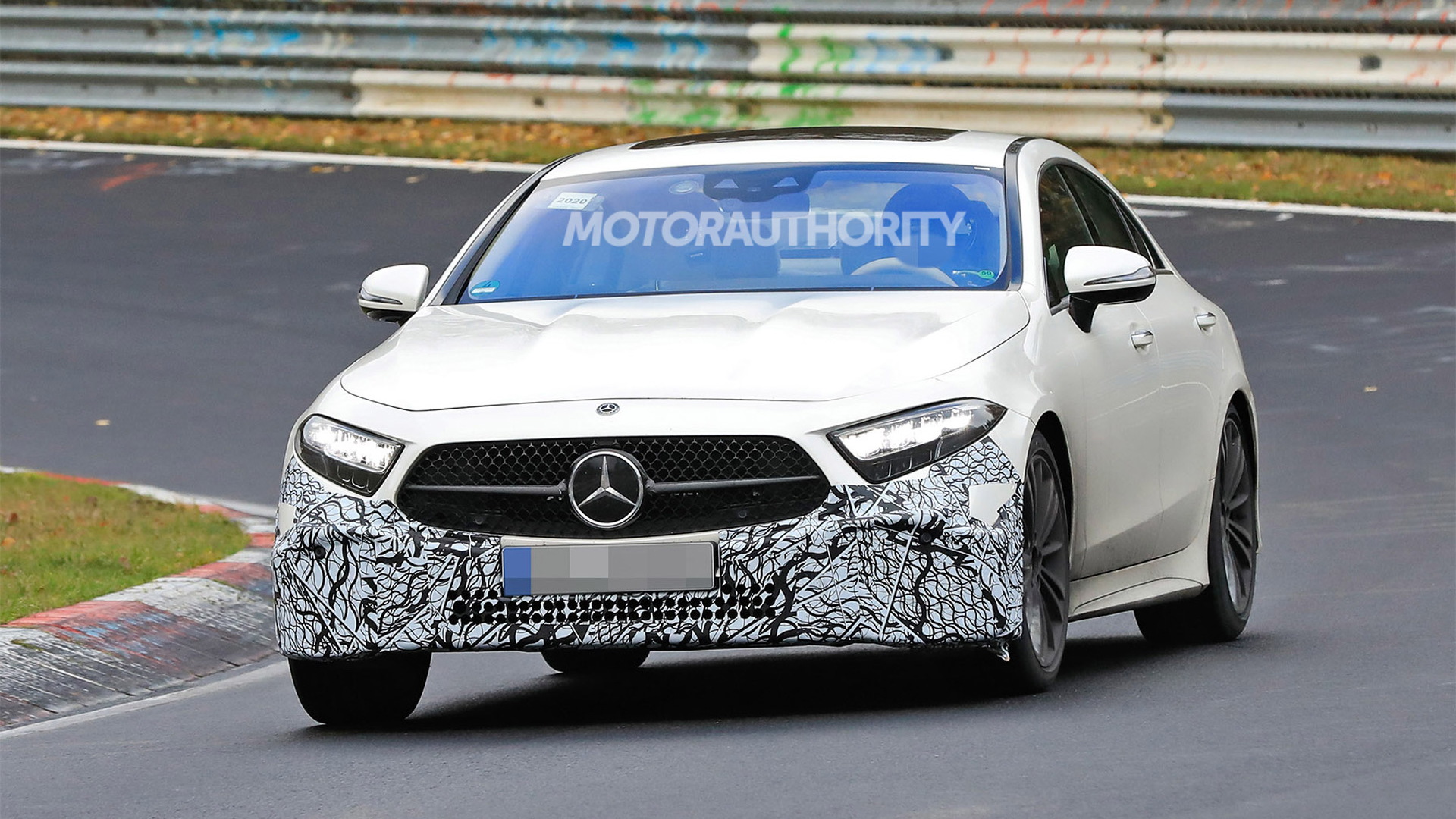 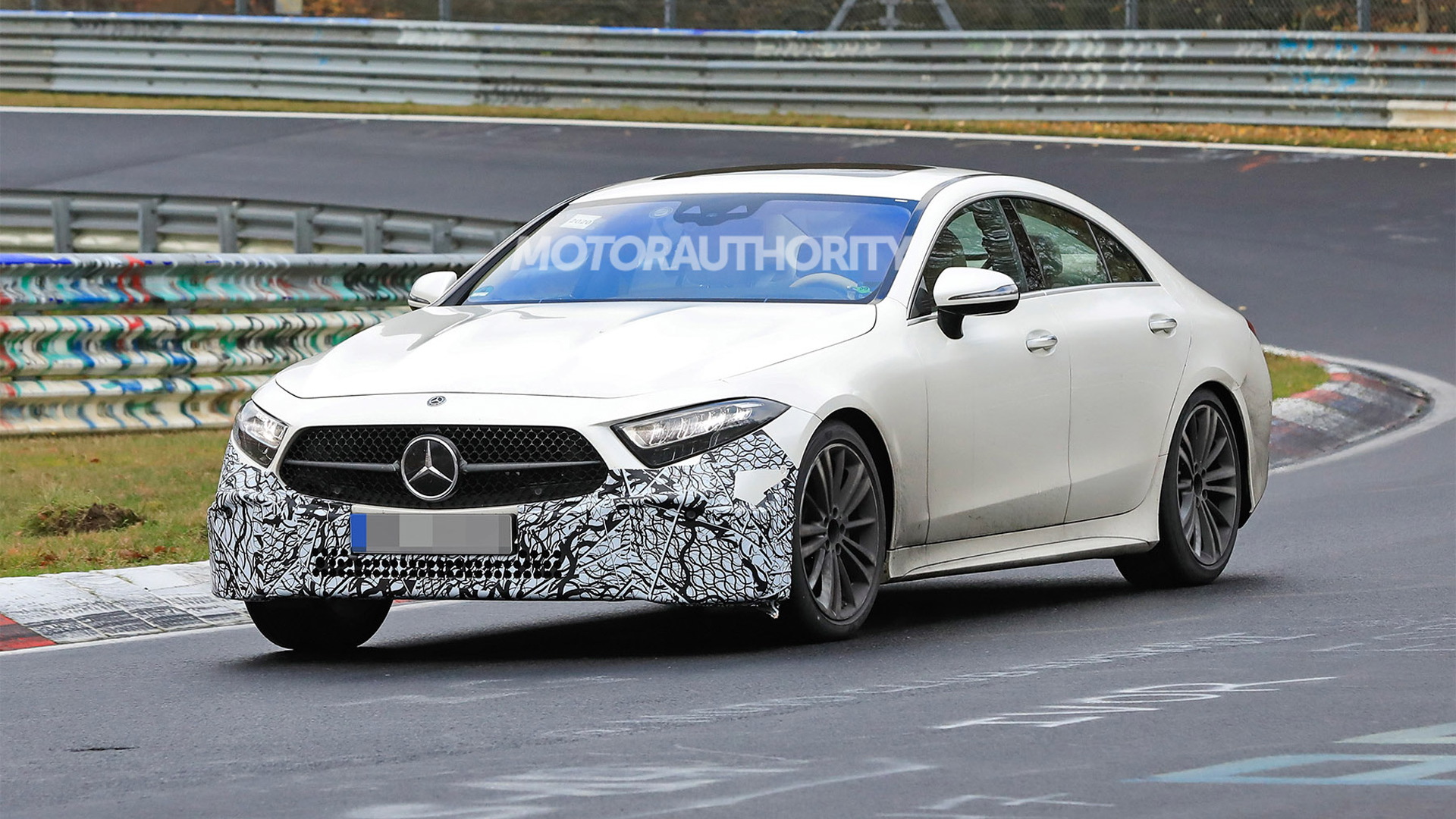 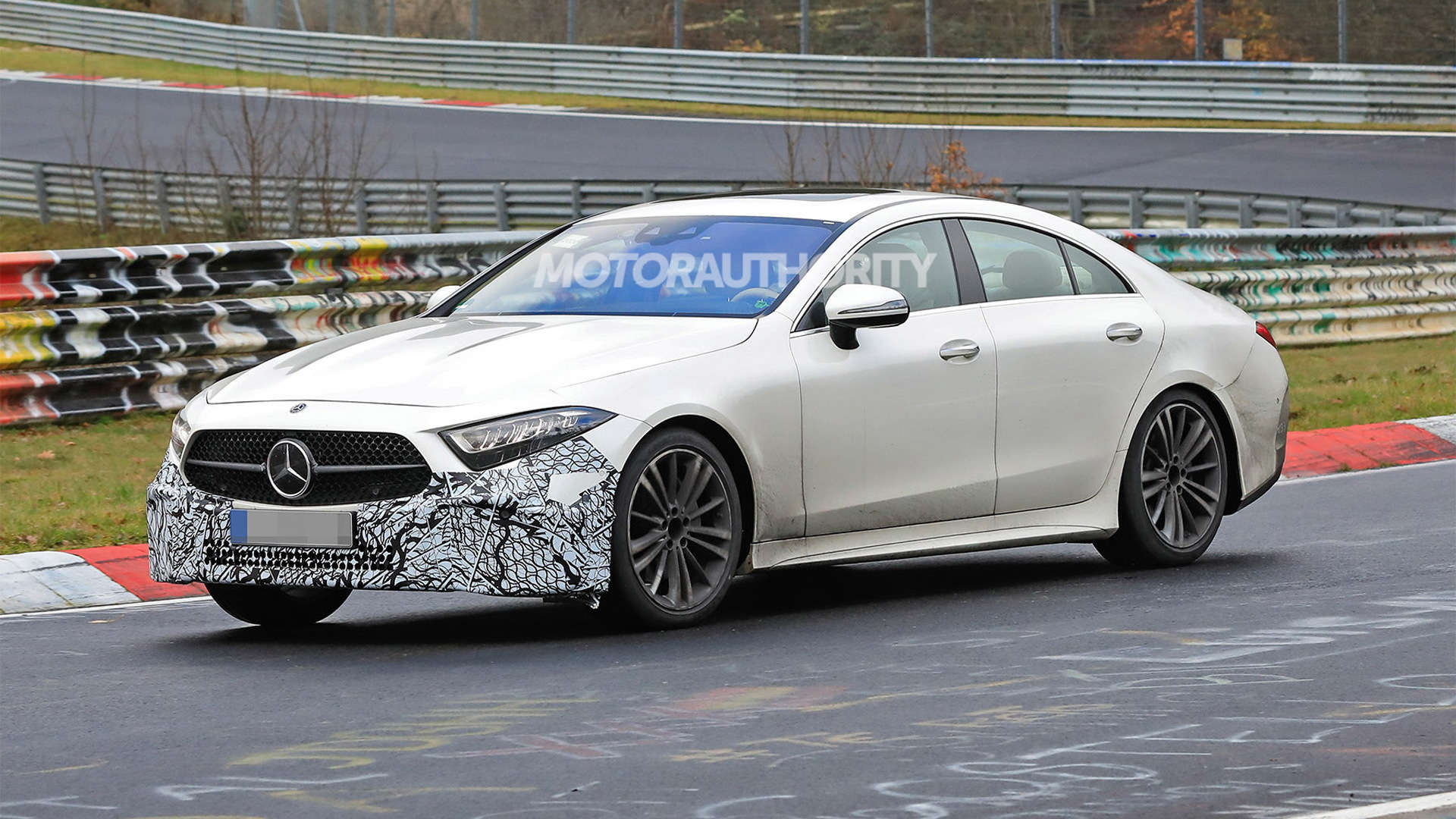 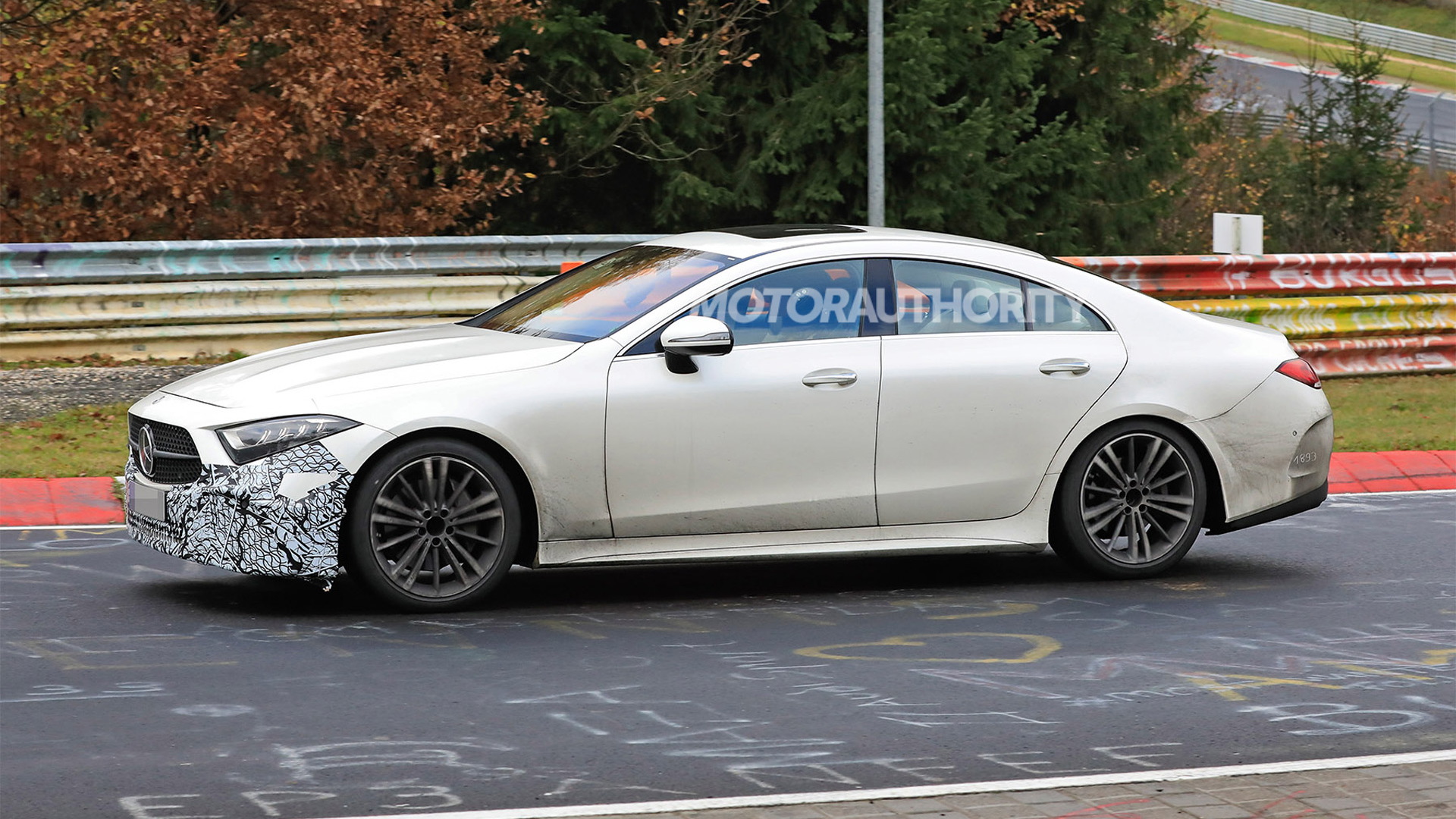 The prototype is still at the early stage, with only a camouflaged front fascia suggesting some tweaks. The internals of the headlights also look to be a new design.

There are likely to be some tweaks inside, though minor as well. We'll remind you that the CLS-Class received the latest version of Mercedes' infotainment system for 2021, as well as the automaker's latest electronic driver-assist features.

The CLS-Class is offered in the United States in only CLS450 and CLS53 grades. Both feature a 3.0-liter turbocharged inline-6 and mild-hybrid tech, and deliver 362 and 429 horsepower respectively. While no change is expected for our market, elsewhere new inline-4 powertrains are expected to be added, including potentially a plug-in hybrid setup. Outside the U.S., the related E-Class sedan just received a plug-in hybrid option that utilizes a 2.0-liter inline-4.

Considering the current CLS-Class arrived for the 2019 model year, we'll likely see this updated version introduced in 2021 as a 2022 model.

As for the long-term fate of the nameplate, a report from February claimed Mercedes could ultimately drop the CLS-Class together with the AMG GT 4-Door Coupe to make way for next year's EQS battery-electric sedan. Like the CLS-Class and GT 4-Door Coupe, the EQS will feature coupe-like styling, making things a bit crowded in a segment that's on the decline.