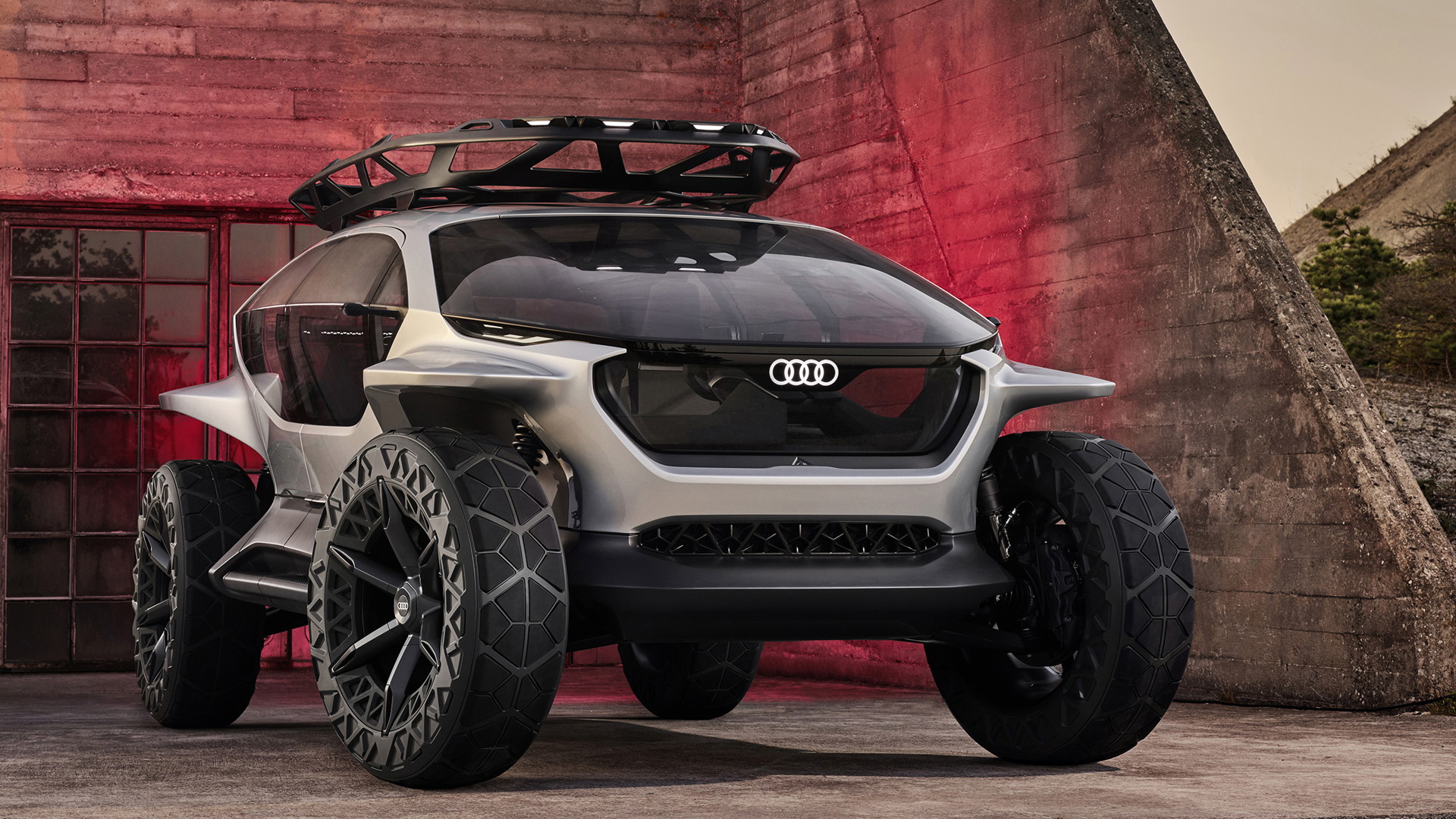 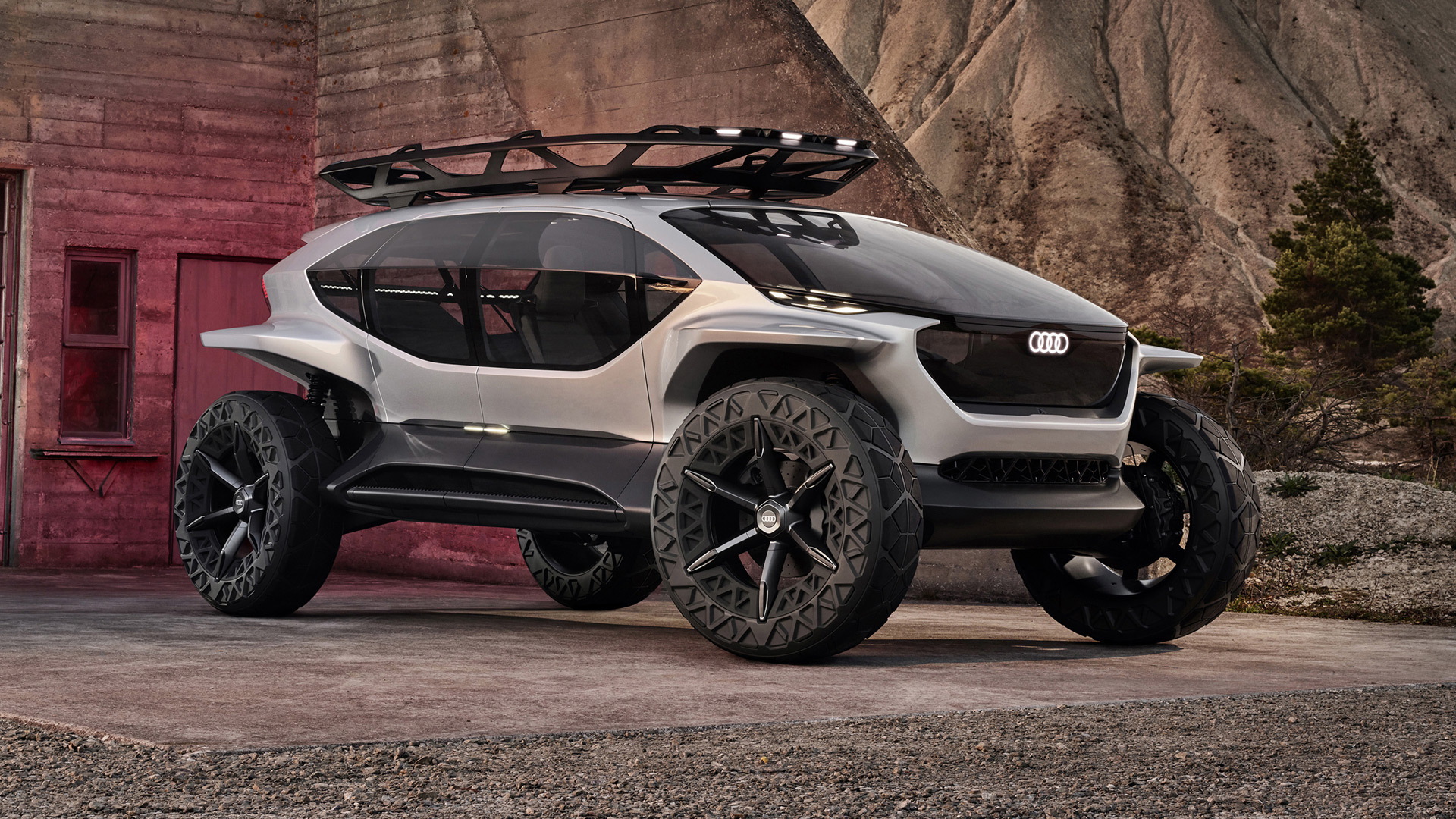 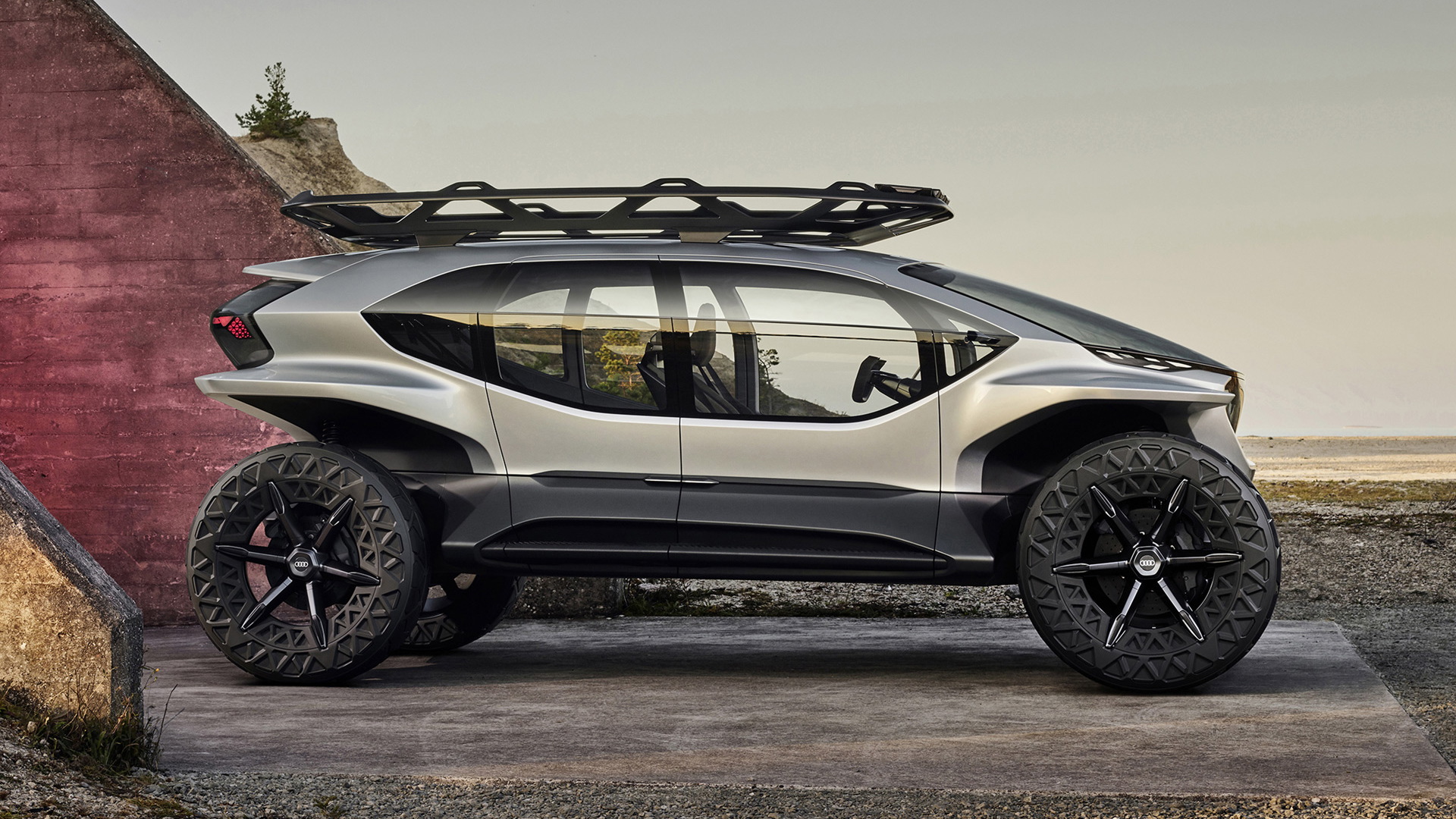 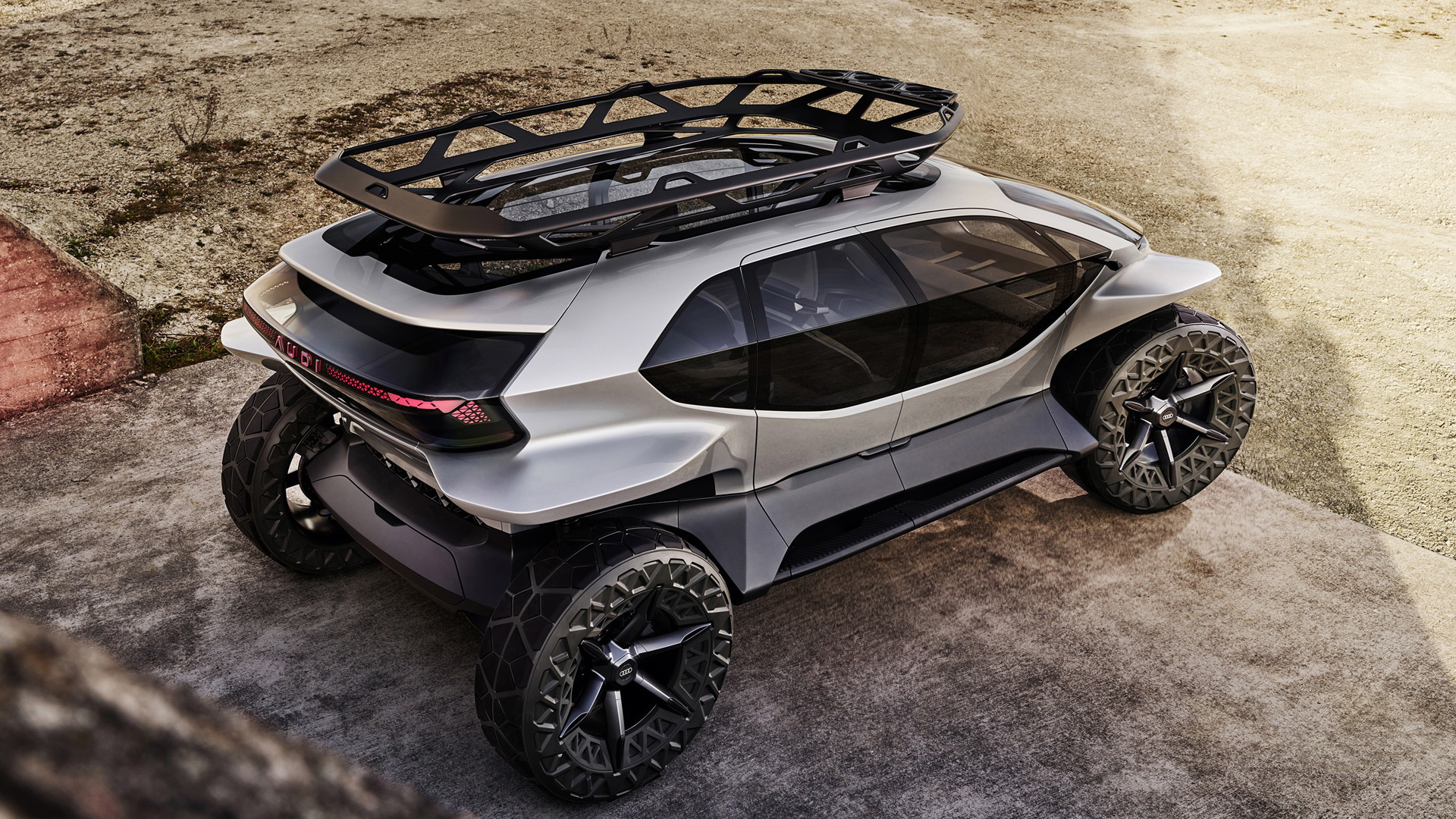 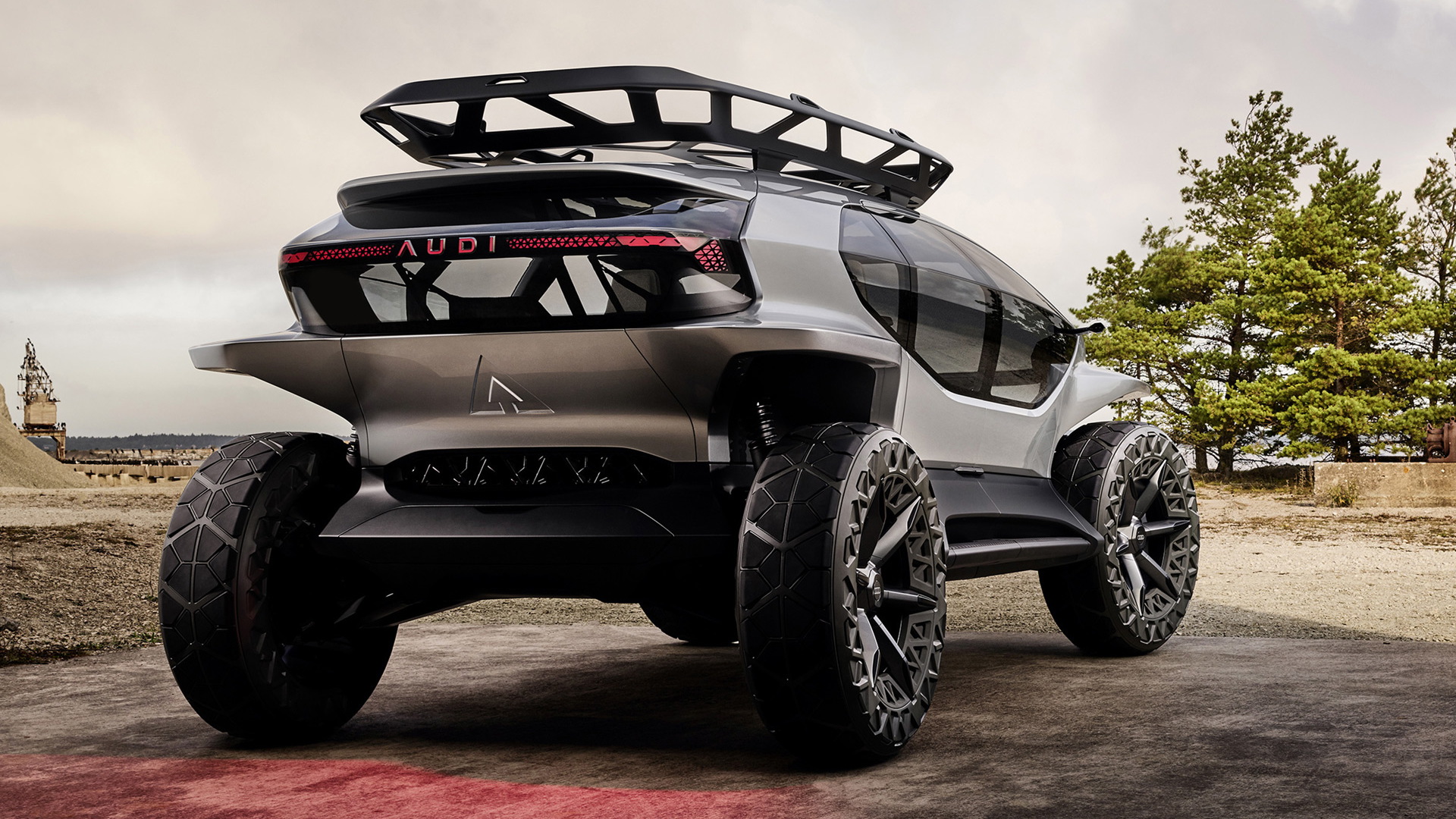 Unlike most luxury automakers, Audi has a history that’s steeped in dirt, gravel, and mud. The automaker splashed onto the global stage in the early 1980s by dominating the World Rally Championship with its quattro all-wheel-drive system—a signature element that remains part of its lineup to this day.

But what does a future of self-driving cars and electrification hold for Audi’s off-road expertise? That question was (at least partly) answered on Tuesday at the Frankfurt International Motor Show with the unveiling of the AI:Trail quattro concept.

The concept's overall look can best be described as autonomous pod meets SUV. The front and rear ends are blunt, which should provide excellent approach and departure angles—a must have for any serious off-road vehicle. The mid-section is more pod-like with four-doors and a massive greenhouse. The body line dips down in the middle to create large windows for lots of outward visibility.

Because the vehicle is designed for off-roading, where speeds are low and charging infrastructure is virtually non-existent, the powertrain has been designed for range rather than speed. As a result, the top speed is only 80 mph but the range is more than 250 miles.

Each wheel has its own independent electric motor with the combined output an impressive 425 horsepower and 737 pound-feet of torque. To maximize efficiency, usually only one axle is driven with the opposing axle only kicking in when additional traction is required.

The AI:Trail has self-driving capability at Level 4 on the SAE scale, meaning it can handle itself in set conditions. Outside of those conditions, a human driver will be required which is why the concept still has a steering wheel. Also inside, the designers deliberately avoided using a lot of screens. This is because the vehicle is designed for the outdoors, where occupants will be more focused on the surrounding scenery. 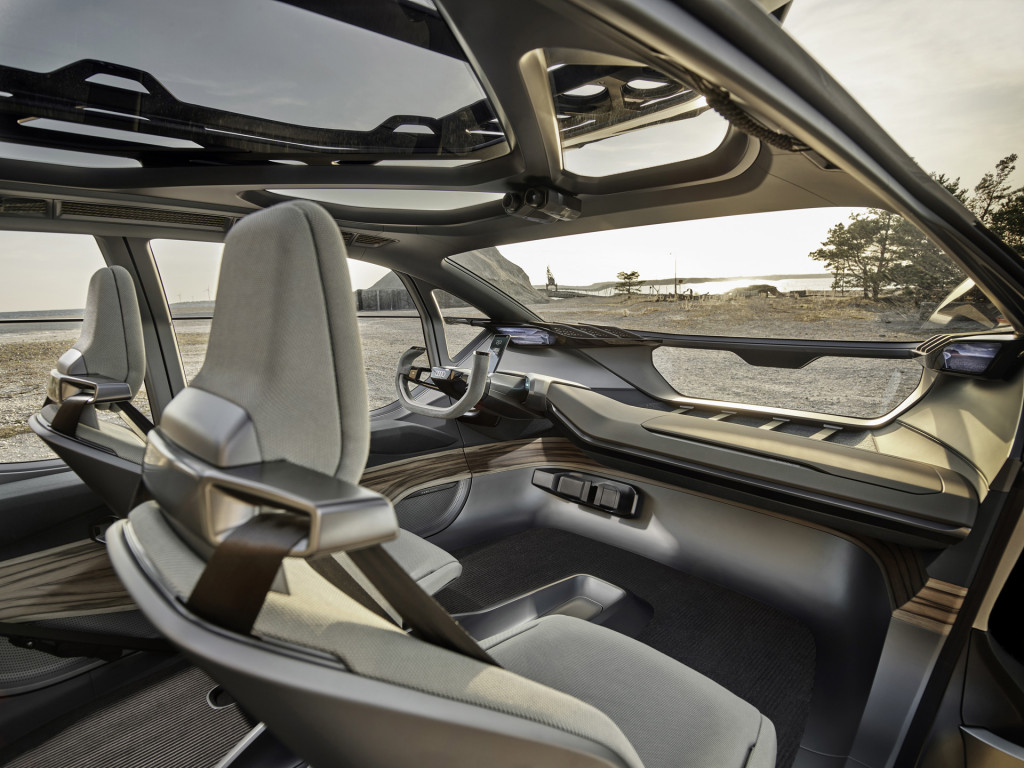 “With the AI:Trail, we are showing an off-road concept with an emissions-free electric drive for an innovative driving experience away from paved roads,” said Marc Lichte, Audi's head of design. “Consistent with this, we designed a monolithic basic vehicle body with maximum glazing to create an intense connection to the surroundings.”

The AI:Trail is the fourth and final addition to Audi's series of AI concepts. The others, which are also on display at the Frankfurt auto show, include the AI:con, AI:Race (previously referred to as the PB18 e-tron) and AI:Me.