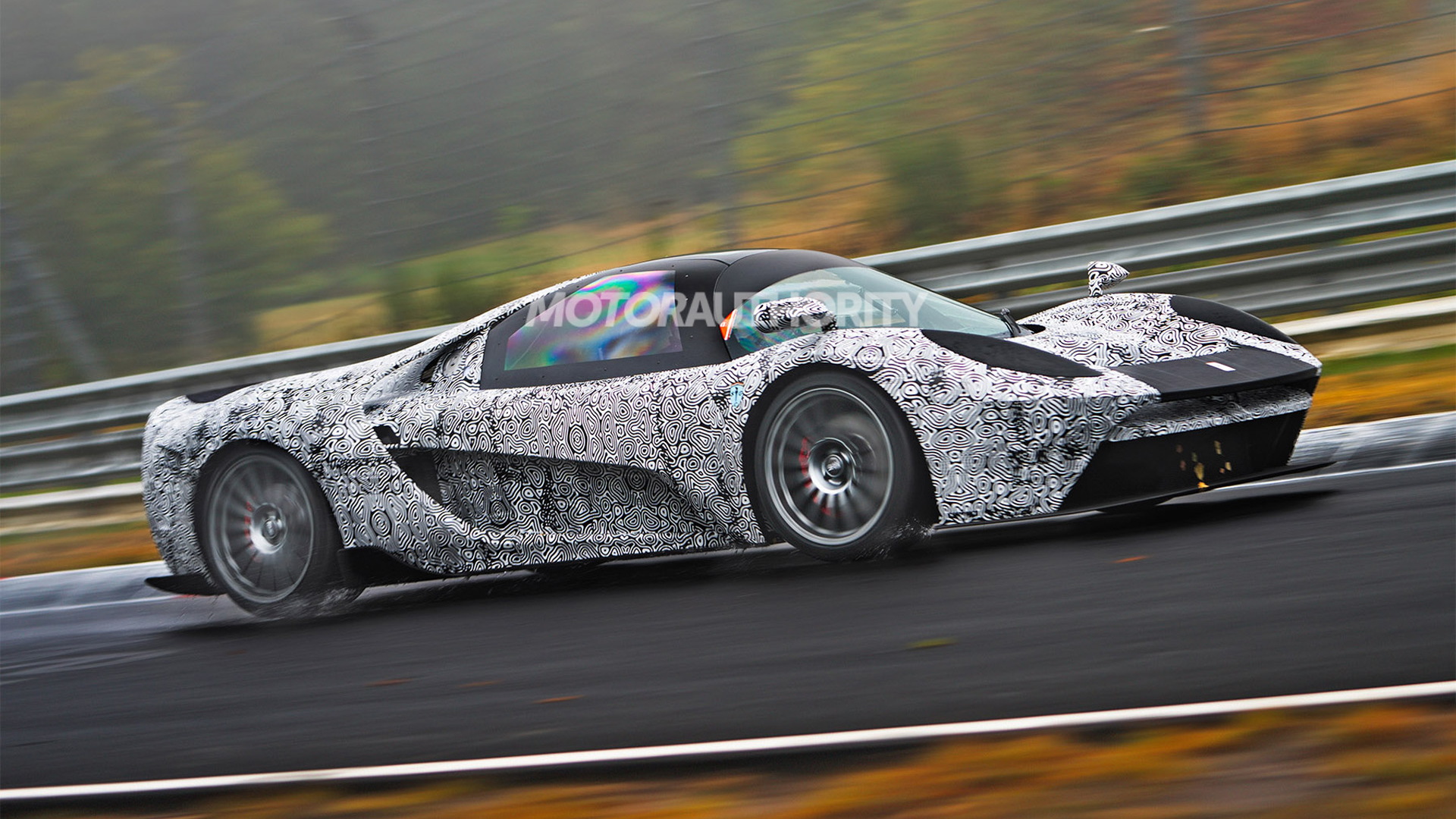 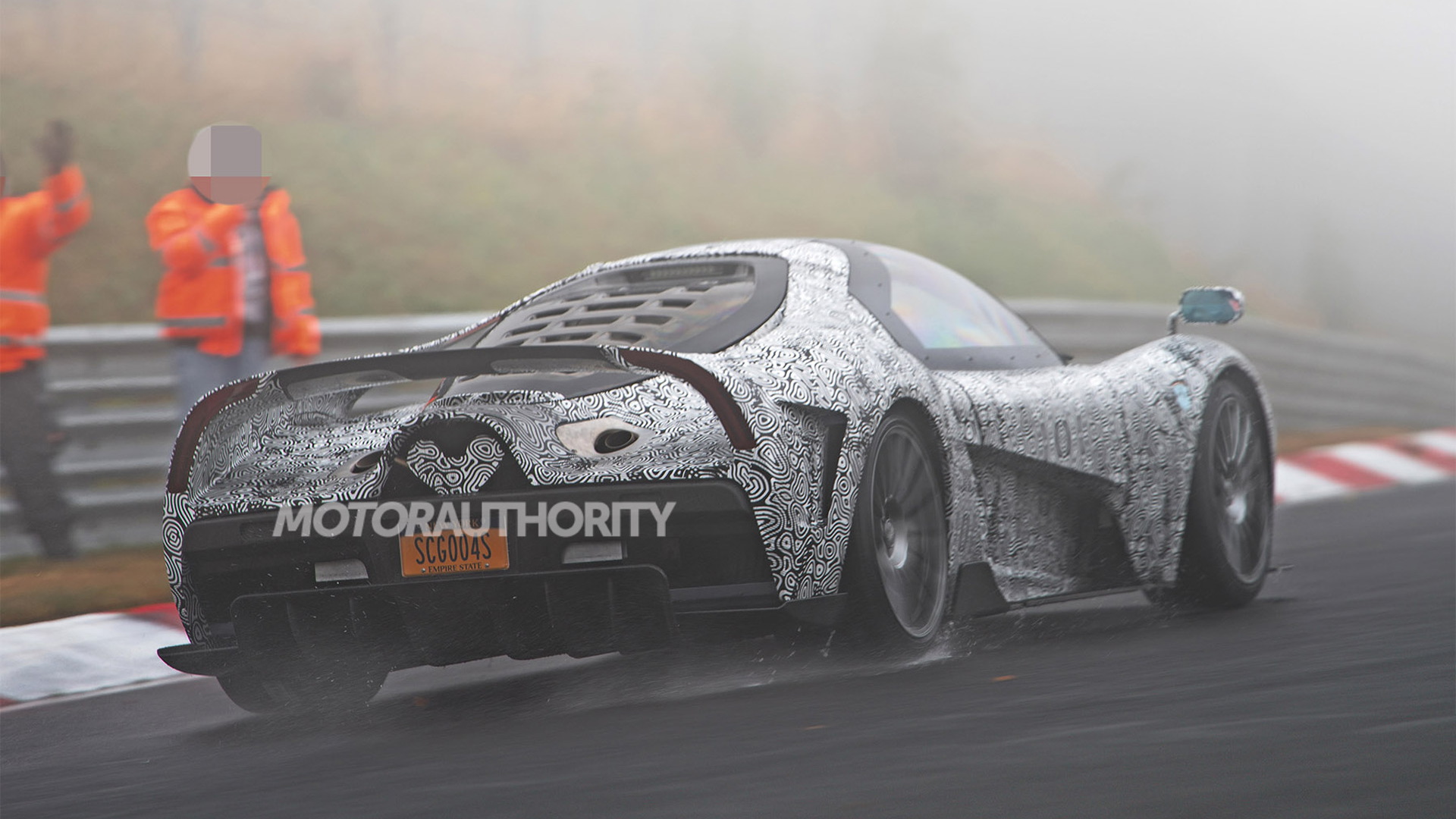 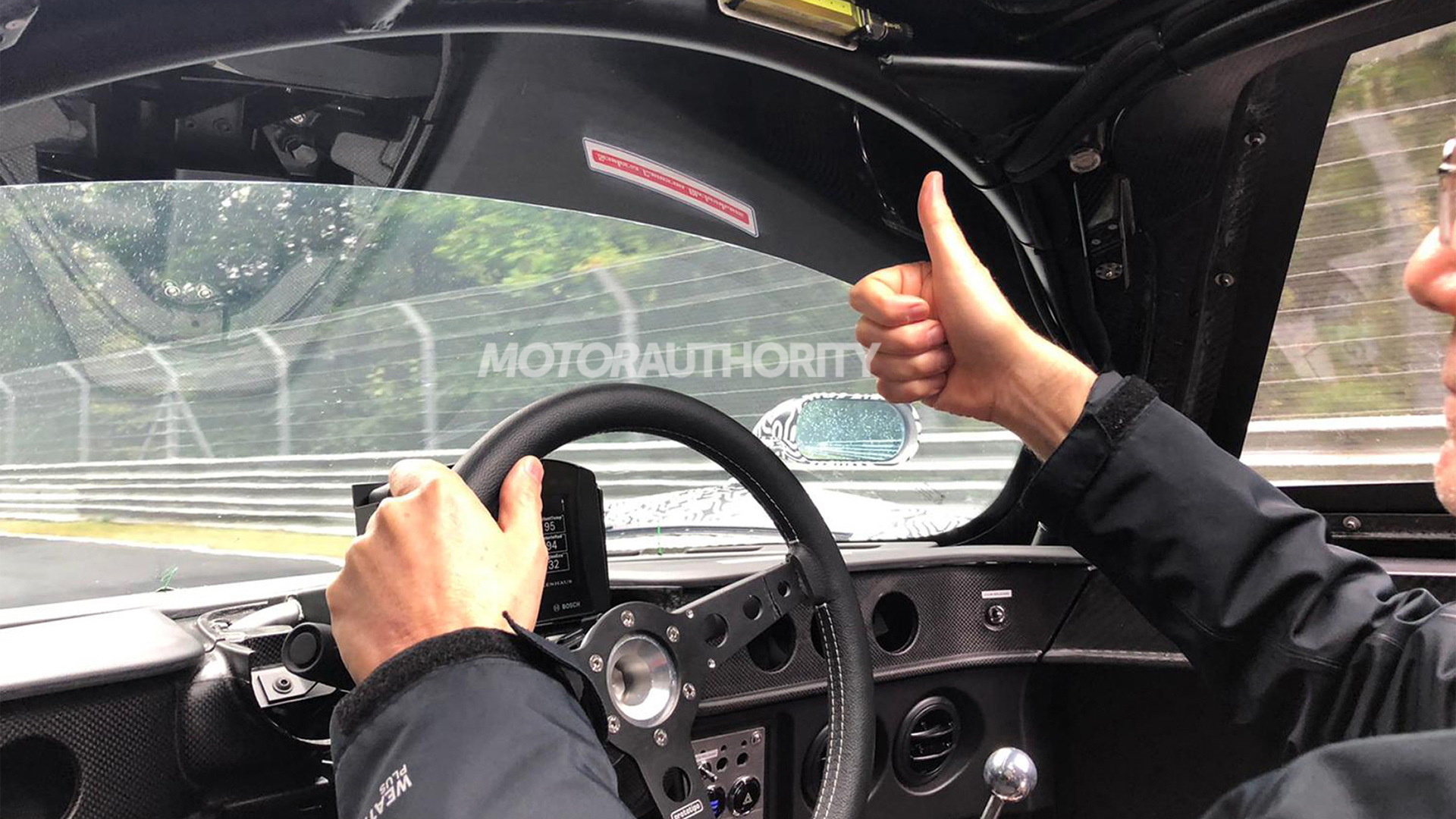 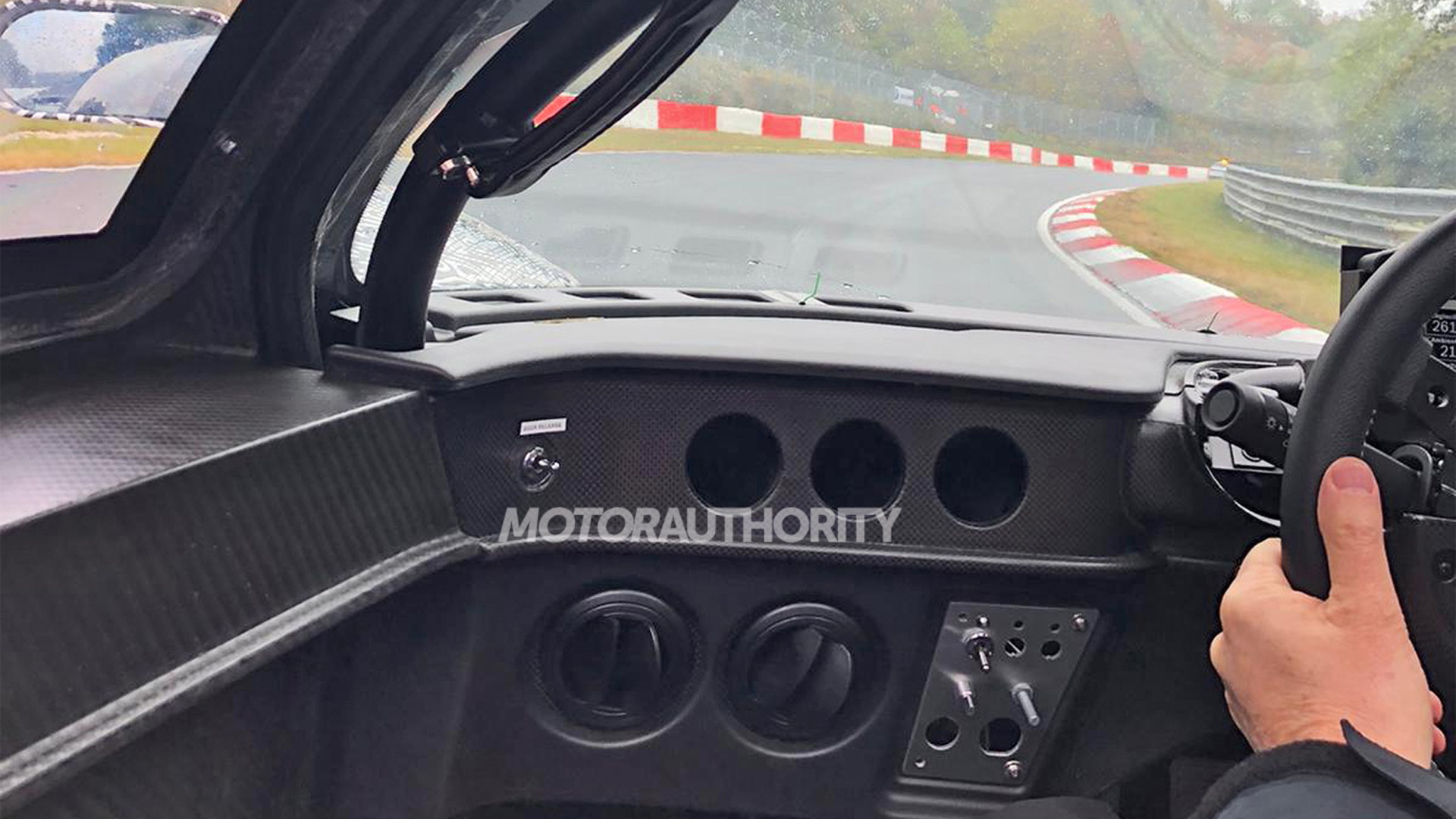 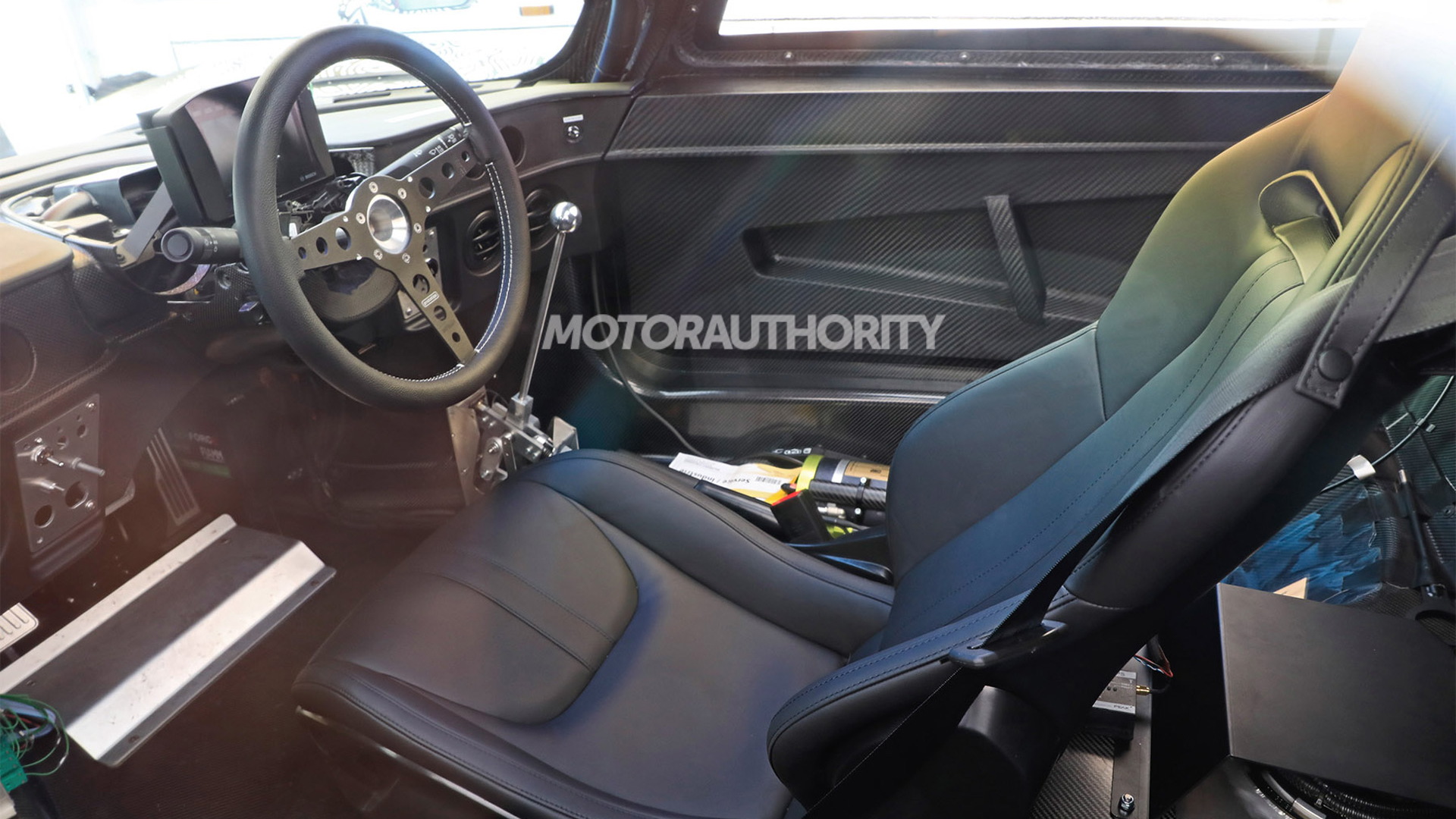 Following the success of its SCG 003 supercar, America's Scuderia Cameron Glickenhaus is now working on a successor in the form of the SCG 004.

The 004 was first shown in 2017, albeit in a series of computer-generated images only. A racing version, the 004C (shown below), hit the track for the first time in February and made its competition debut over the weekend in the 2020 24 Hours of Nürburgring, where it managed to finish 14th overall.

SCG also used the backdrop of the N24 race to preview the upcoming road-going version, the 004S, with this camouflaged prototype. Compared to the 004C, which has been developed to meet GT3 specifications, the 004S has a significantly milder aerodynamic setup though will still generate as much as 1,322 pounds of downforce at a speed of 186 mph. It also has fewer intakes, plus exhaust tips that exit from the rear deck instead of from the rear lower fascia.

As was the case with the 003, the 004 will also spawn track-focused CS variant. This 004CS will be a special version that owners will be able to swap between road and race configurations. This means it can be driven on the road but with a few simple modifications can become a homologated race car.

All three have been designed with a carbon-fiber monocoque, mid-mounting for the engine, and a carbon-fiber body. They will also all come with a central driving position. In the case of the 004S and 004CS, there will be two additional passenger seats, one flanking either side of the driver just like in the McLaren F1.

The 004S will have a peak 650 horsepower, generated via a supercharged V-8. The engine is thought to be related to the LT4 6.2-liter supercharged V-8 fitted to the C7 Chevrolet Corvette Z06, which is known for its relatively small size and low center of gravity. A 6-speed manual with a gated shifter will be standard and SCG has hinted in the past about adding a dual-clutch option.

Production will be handled at the former Highcroft Racing facility in Danbury, Connecticut, and SCG has a goal to build 004 supercars at the rate of 100 per year. The 004S was originally due to start deliveries in 2020 but is now thought to be starting deliveries in late 2021 or even early 2022 due to delays caused by the coronavirus shutdowns.