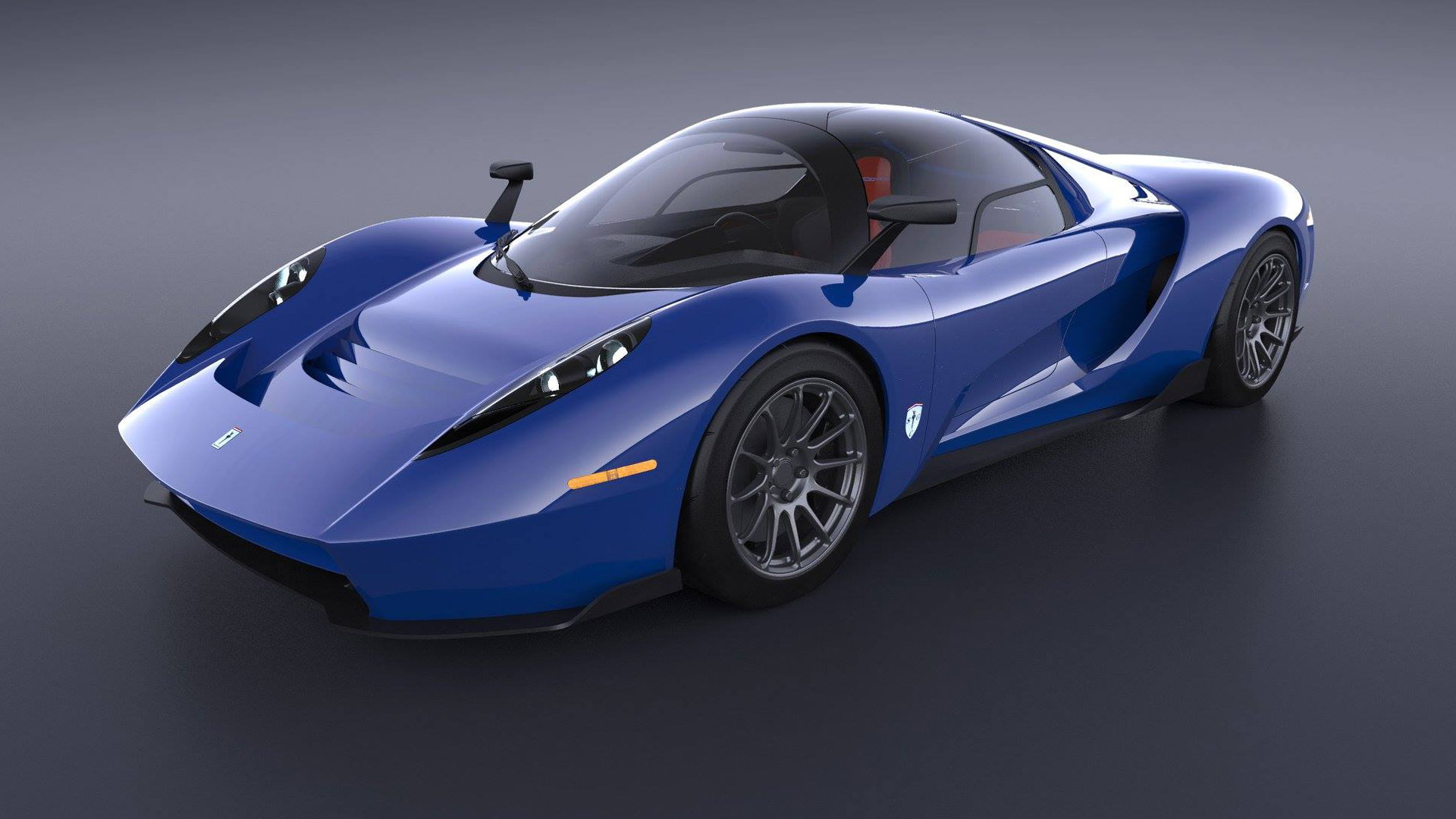 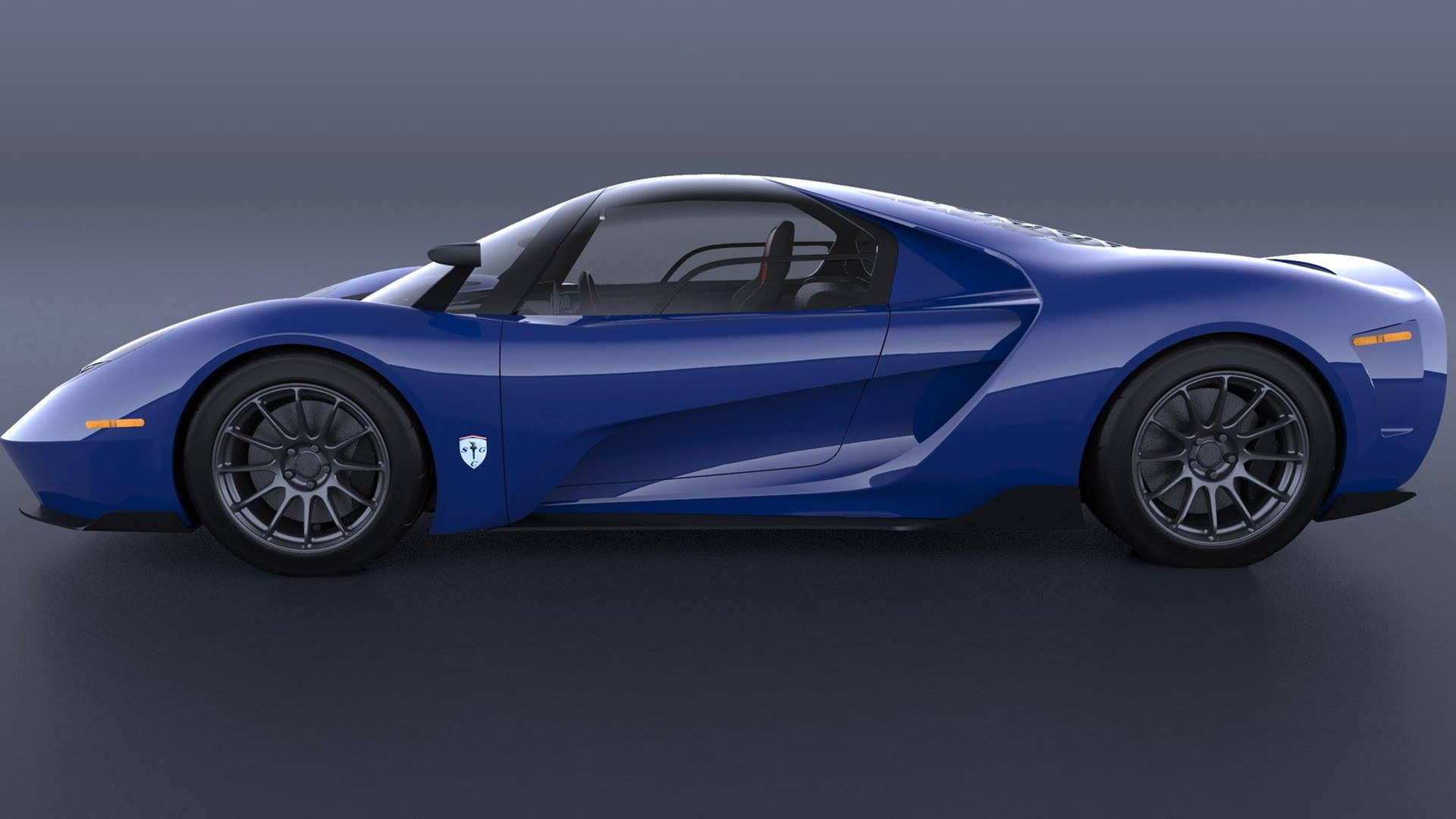 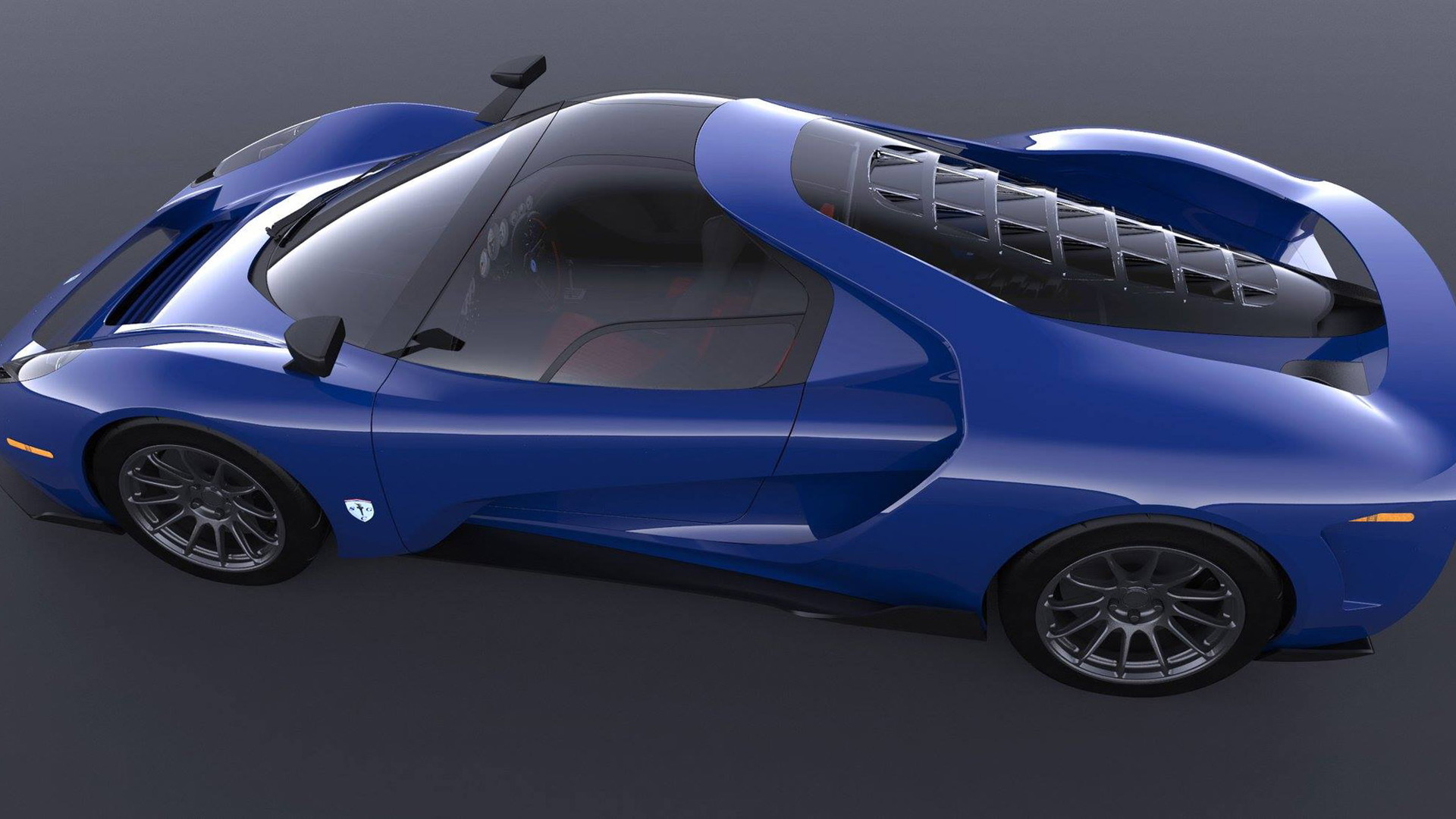 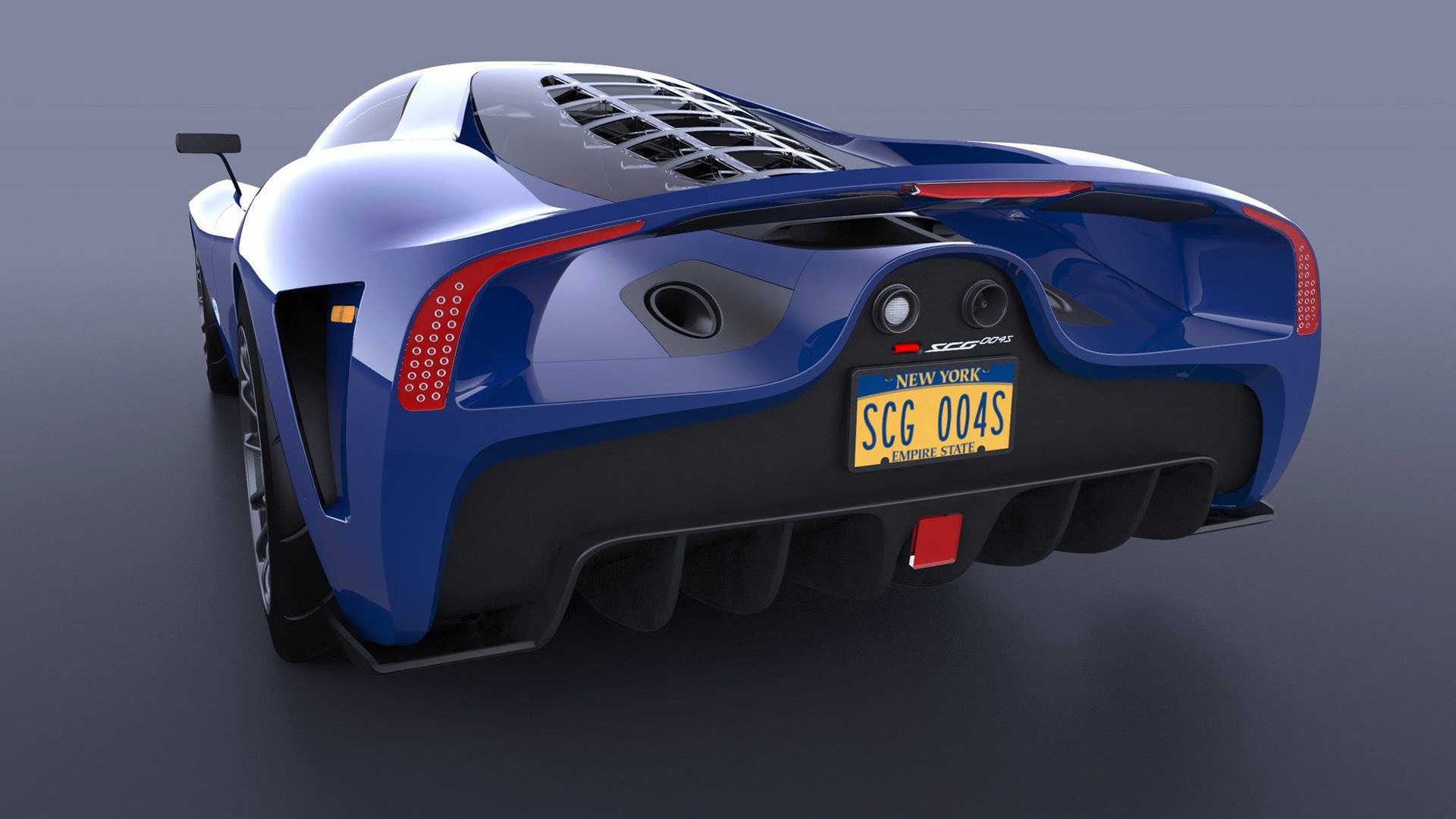 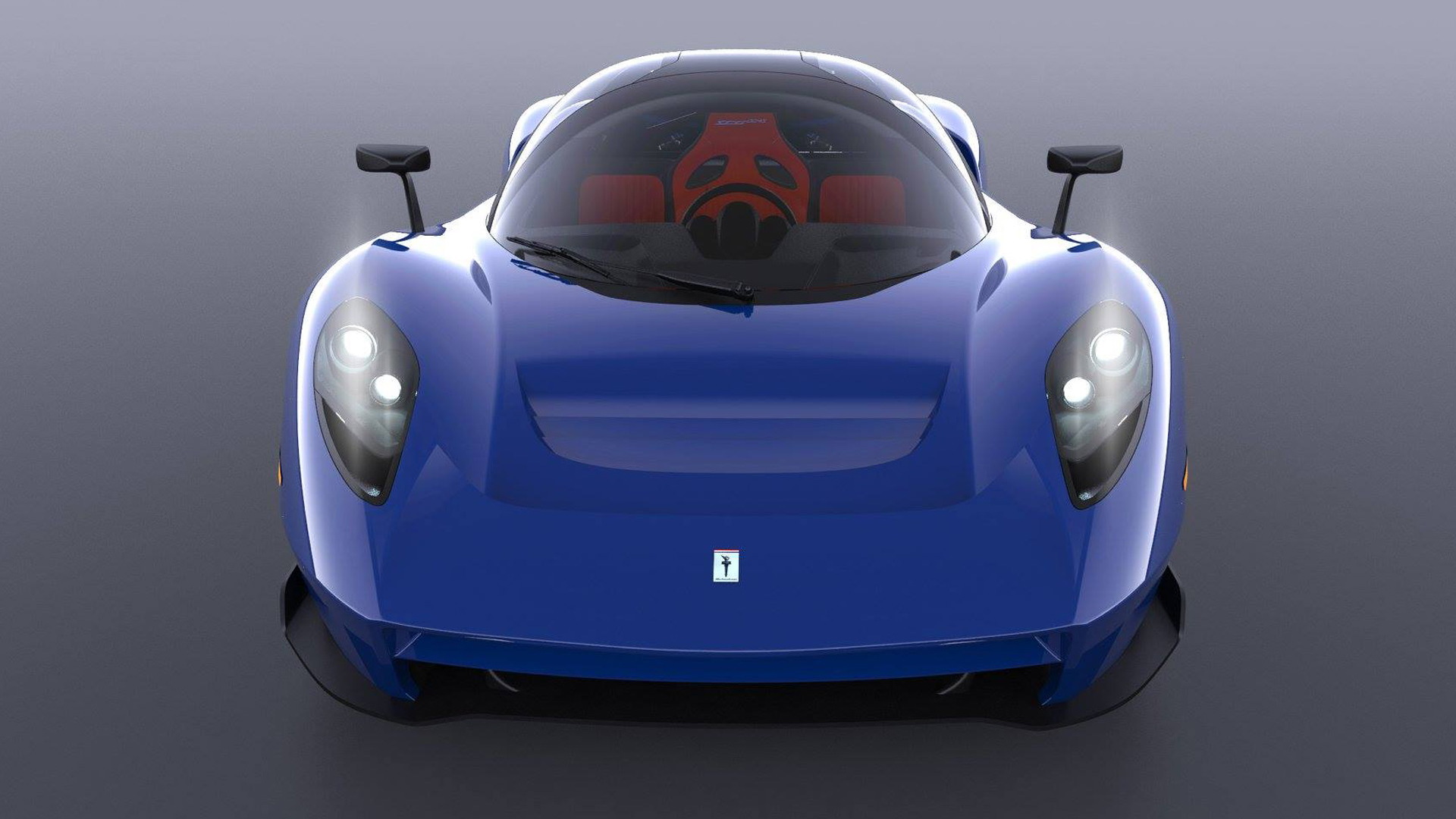 We now have our first look at the new sports car being developed by Scuderia Cameron Glickenhaus.

The American racing team and sports car manufacturer on Friday revealed a series of computer-generated renderings along with some tantalizing details, including performance specs and pricing.

It’s clear the 004 shares a family resemblance with the SCG’s 003 supercar. The rear treatment is similar on both cars, though on the 004 the designers have added flying buttresses like those on the Ford GT. They’ve also integrated the taillamps into the rear wing and moved the exhaust tips further up so they flank the engine.

Speaking of the engine, SCG has confirmed a mid-mounted 5.0-liter twin-turbocharged unit delivering a peak 650 horsepower and 530 pound-feet of torque. Buyers are able to choose either a 6-speed manual (with a gated shifter) or a paddle-shifted unit. Drive is to the rear wheels only.

The construction of the 004 is almost fully carbon fiber, helping to get the weight down to around 2,600 pounds (likely dry). Probably the most interesting feature, though, is the cabin’s three seats as they are arranged using the famous center driver's seat layout found in the McLaren F1.

SCG is currently accepting orders for the 004 which starts at $400,000. The price is steep but reasonable given the expected performance. It’s also a lot cheaper than the almost $2 million you had to pay to acquire an 003. The sharper pricing has attracted a lot of interest, even before the car was revealed. The company’s initial run of 25 cars, to be dubbed “The Founders Edition,” is almost sold out. We should point out that assembling those 25 cars will keep SCG occupied through 2018 and 2019. Beyond these dates, SCG is looking to ramp up production so that a further 250 cars can be built through 2020 and 2021.

Unlike SCG’s 003, which was largely developed in Italy with the help of Manifattura Automobili Torino, the 004 has been fully designed in the United States. It will also be manufactured here under NHTSA’s Low Volume Motor Vehicle Manufacturers rules. The completed cars will be turnkey products with full VINs.

As mentioned earlier, a race version is also planned. SCG is looking at the same GT3 and SPX (for the VLN race series) classes as the 003 for the race version. However, this time around the company is also planning GTE, GT Le Mans and GT4-spec cars. SCG is hoping to have an 004 ready to race in the 2019 24 Hours of Nürburgring, the highlight of the VLN series.