The small Washington-based supercar company that made a name for itself setting production-vehicle land-speed records has plans to build a car less expansive than its $1.9 million Tuatara hypercar.

SSC CEO Jerod Shelby talked about a "Little Brother" for the Tuatara in June and now details about the hypercar's sibling have come into focus.

Shelby told Motor Authority the Little Brother project will be a 700-800 horsepower mid-engine supercar with a naturally aspirated V-8. The price will be in the $400,000-$500,000 range, which will make owning an SSC possible for more people. 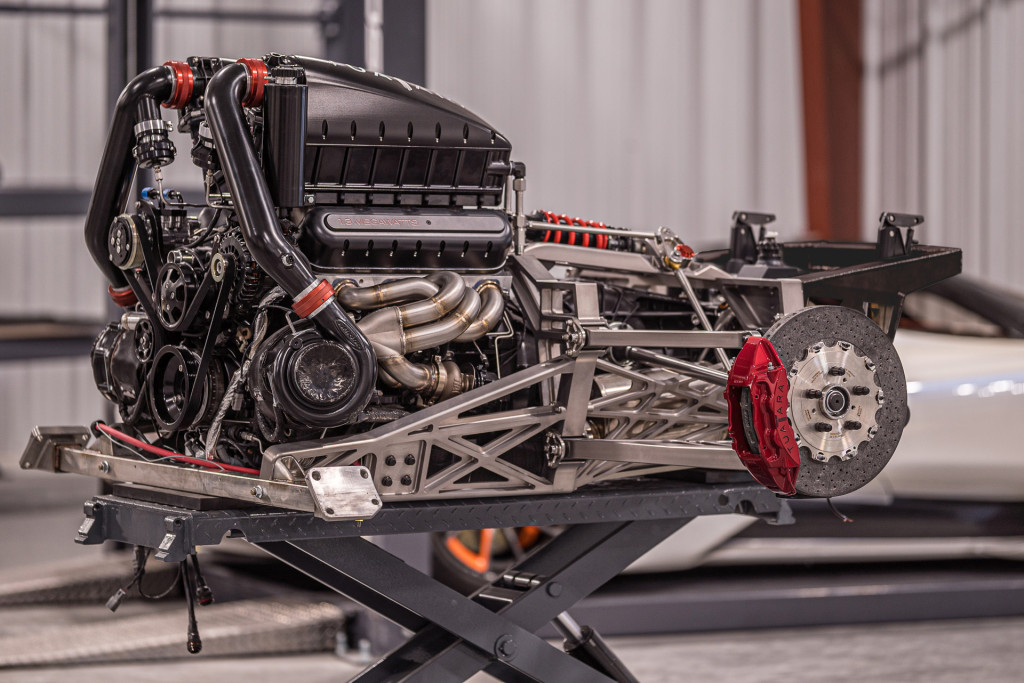 The Little Brother will carry similar DNA to the Tuatara with a design that's set to be a scaled down version of the expensive hypercar, Shelby told MA.

The Tuatara, which could effectively become known as the "Big Brother" someday, is powered by an SSC-developed 5.9-liter twin-turbo V-8 that produces 1,350 horsepower on pump gas and 1,750 hp on E85. Nelson Racing Engines, a company known for making powerful engines typically used for drag racing, assisted in the development of the Tuatara's engine. It's unclear if SSC will lop the turbos off the Tuatara's V-8 for the "Little Brother" or if the engines will be related.

The CEO wouldn't talk production numbers, but the Little Brother will be a higher volume model than the 100-unit run of the Tuatara hypercar.

The Little Brother will compete with the likes of the McLaren 765LT and Ferrari F8 Tributo, as well as the 004 from rival American supercar marque Scuderia Cameron Glickenhaus.