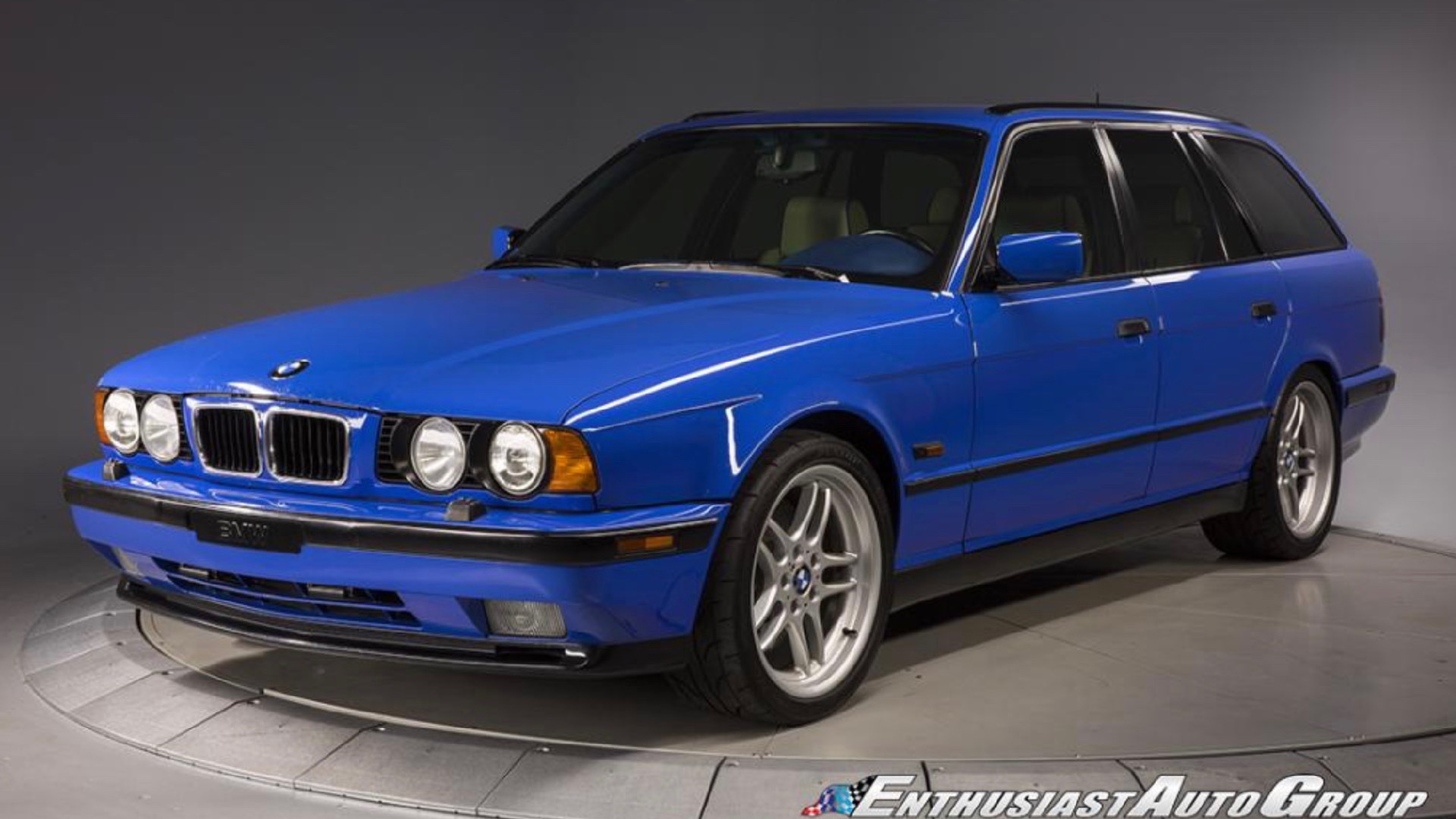 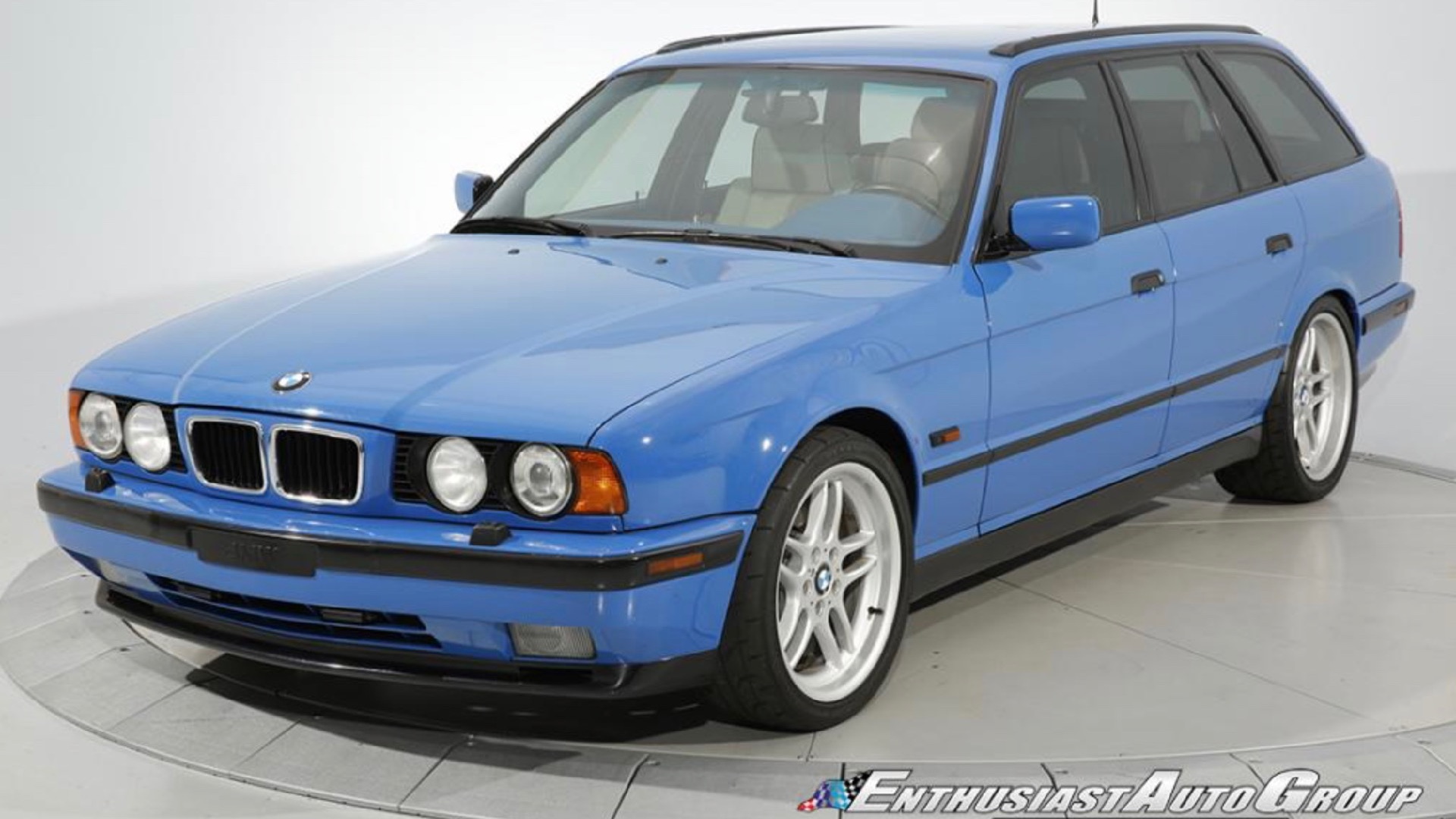 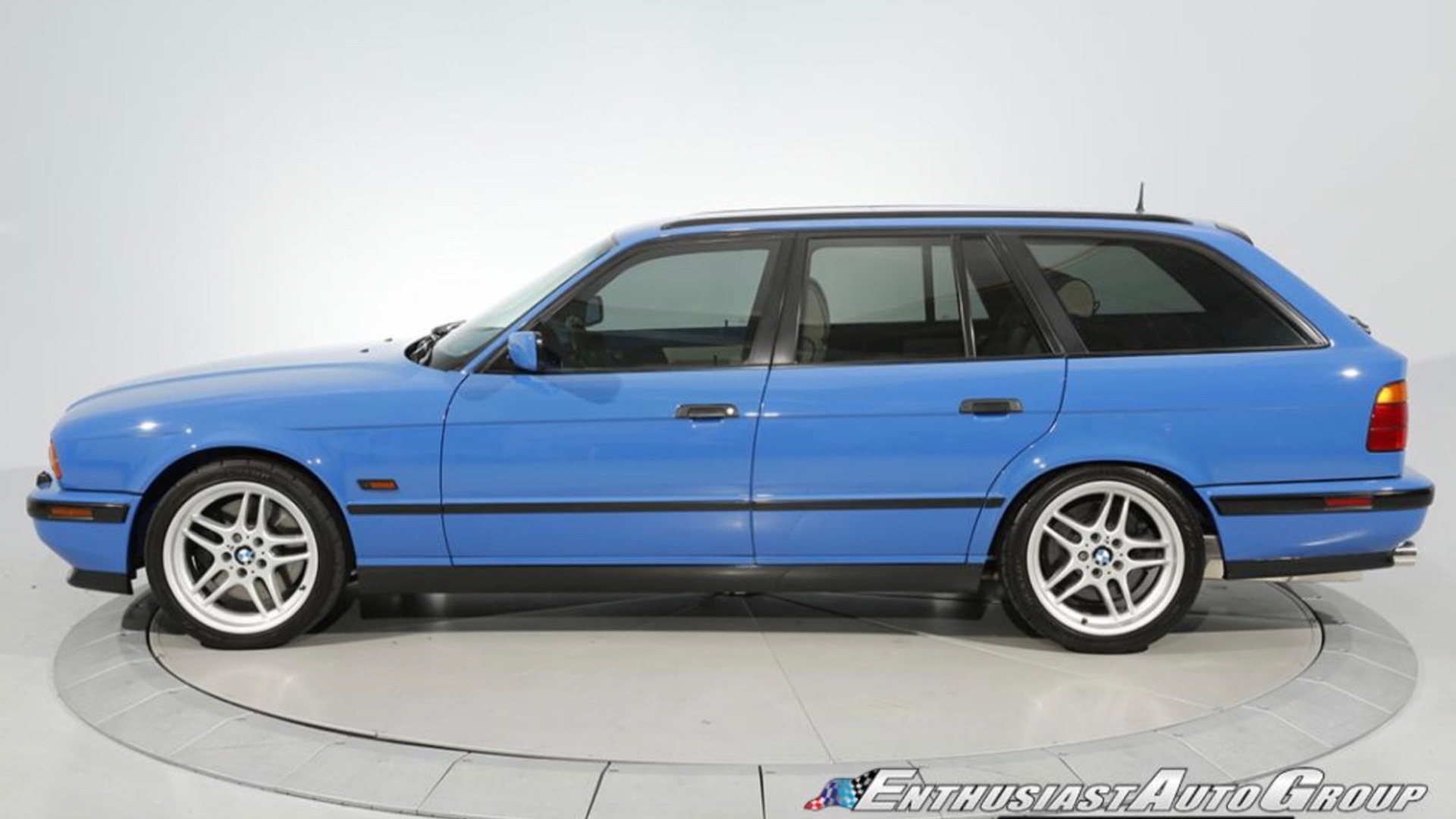 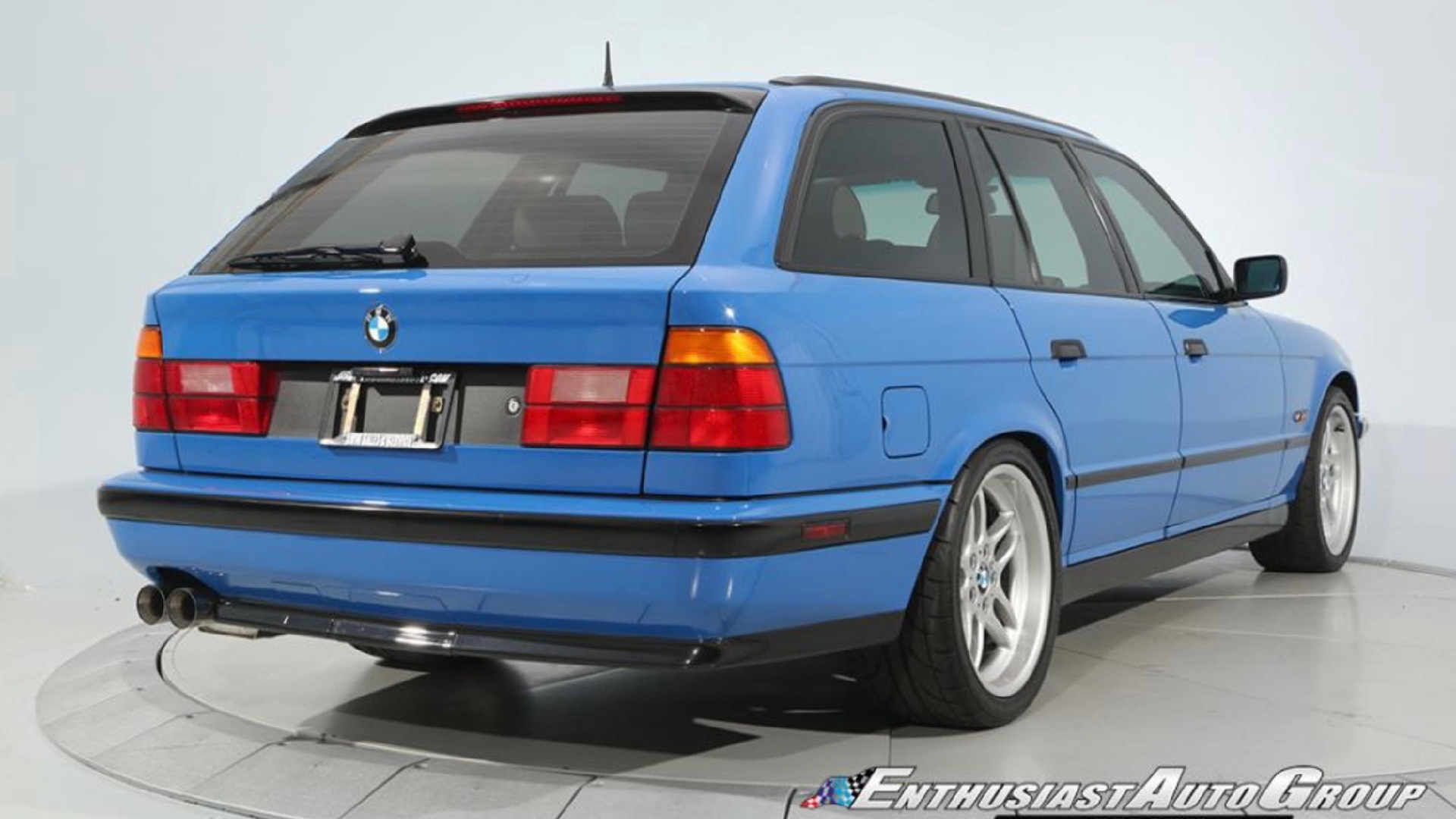 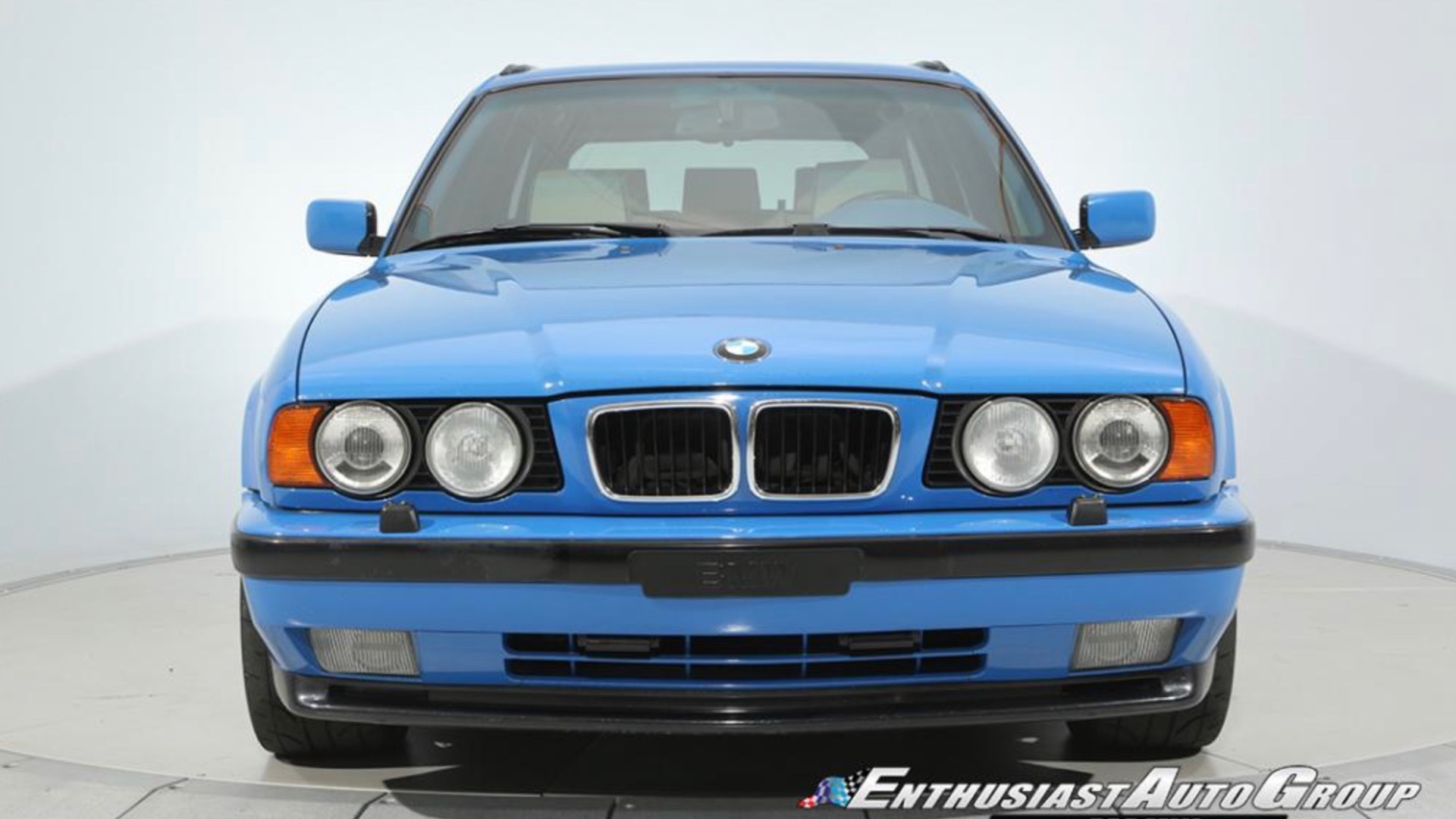 The 1995 BMW M5 Touring wagon is one of the rarest models from what was arguably the M Division's golden age. An immaculately maintained example is currently for sale at BMW specialist Enthusiast Auto Group in Ohio. The price is listed as $149,990, but it will take more than cash to land this Bimmer.

Built during the last year of E34 M5 production, the wagon is finished in Santorini Blue with a Lotus White nappa leather interior. It's one of just two Santorini Blue E34 M5 Tourings, out of an 891-unit production run, according to the seller.

Power comes from the S38B38 3.8-liter inline-6, which drives the rear wheels through a Getrag Type D 6-speed manual transmission.

This car was built on Dec. 9, 1994 for the German market, and reached 180 mph on the autobahn according to the seller. It was imported to the United States in 2000, and acquired by Enthusiast Auto Group in 2006. It received an engine-out servicing at that time, as well as some upgrades, including Schrick 280 camshafts, a Mark DaSylva Performance Chip, a 3:64 limited-slip differential, and an upgraded exhaust system.

The modifications give the wagon 370 horsepower and 320 pound-feet of torque, compared to the stock 340 hp and 295 lb-ft, according to BMW Blog, which also has the back story on the car.

It turns out that this isn't just another collectible BMW. It's actually Enthusiast Auto Group owner Eric Keller's personal car, according to BMW Blog. Keller bought it as a 25th birthday gift to himself, and has owned it ever since.

That means the M5 Touring has been well maintained, but it also means the wagon isn't for sale to just anyone. Keller is more interested in seeing the car go to a good home than making money, so it's really for sale "by interview," according to BMW Blog.

While this blue wagon is certainly rare, an even rarer E34 M5 Touring exists. BMW installed the 6.1-liter V-12 developed for the McLaren F1 in one of these wagons. That car has never been shown to the public but, as of July 2019, it was reportedly stashed away in BMW's secret collection of prototypes.