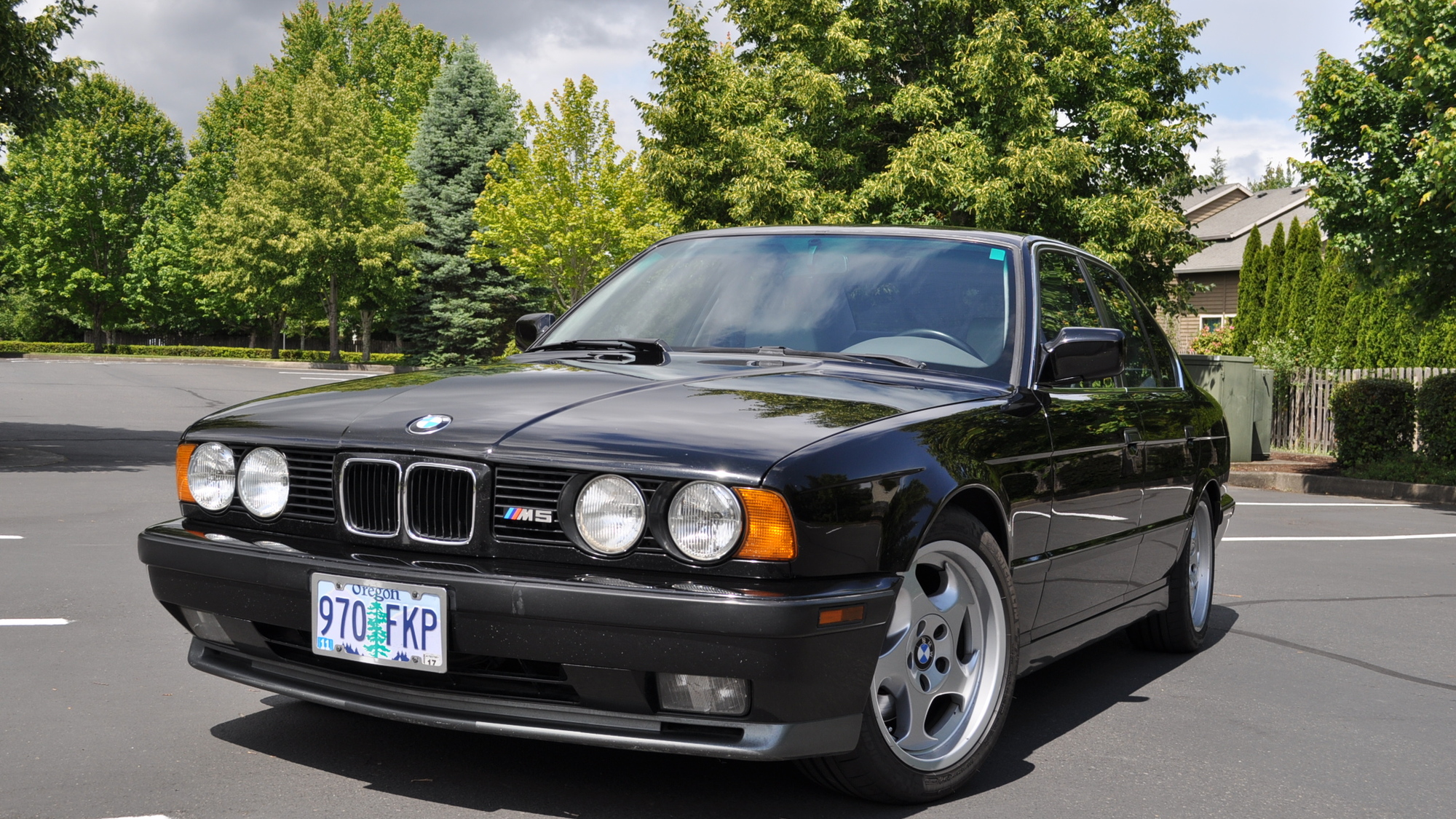 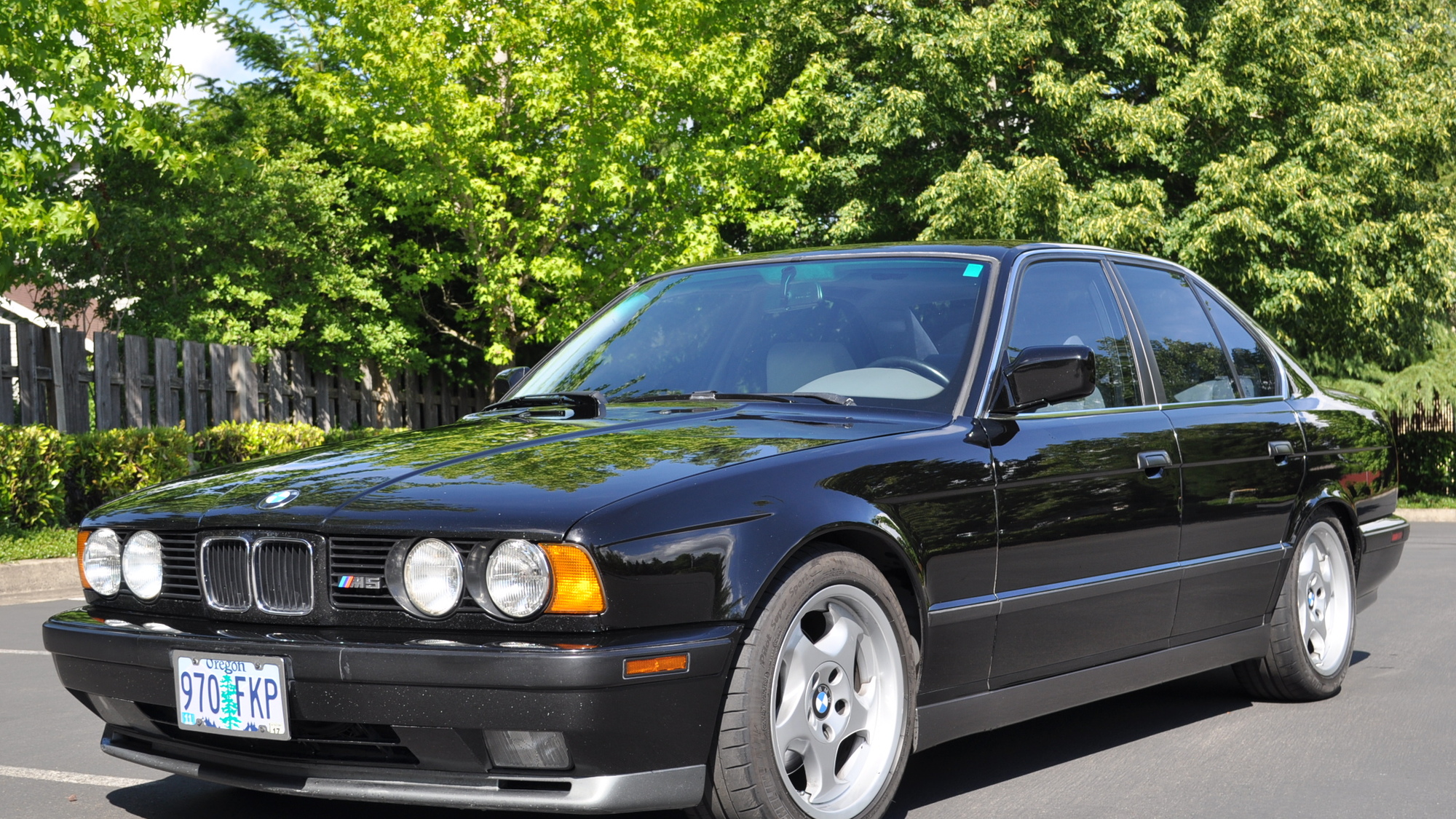 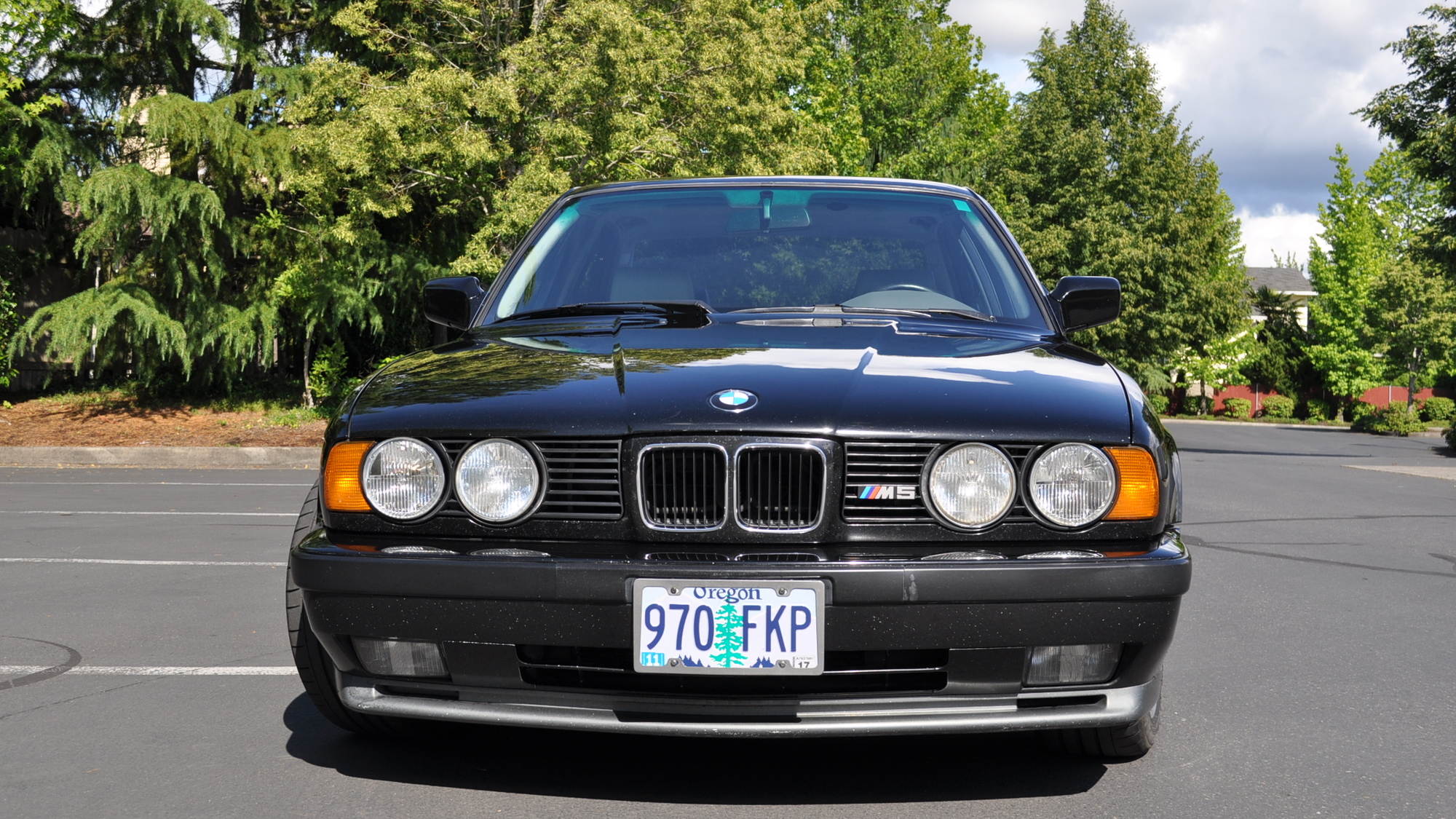 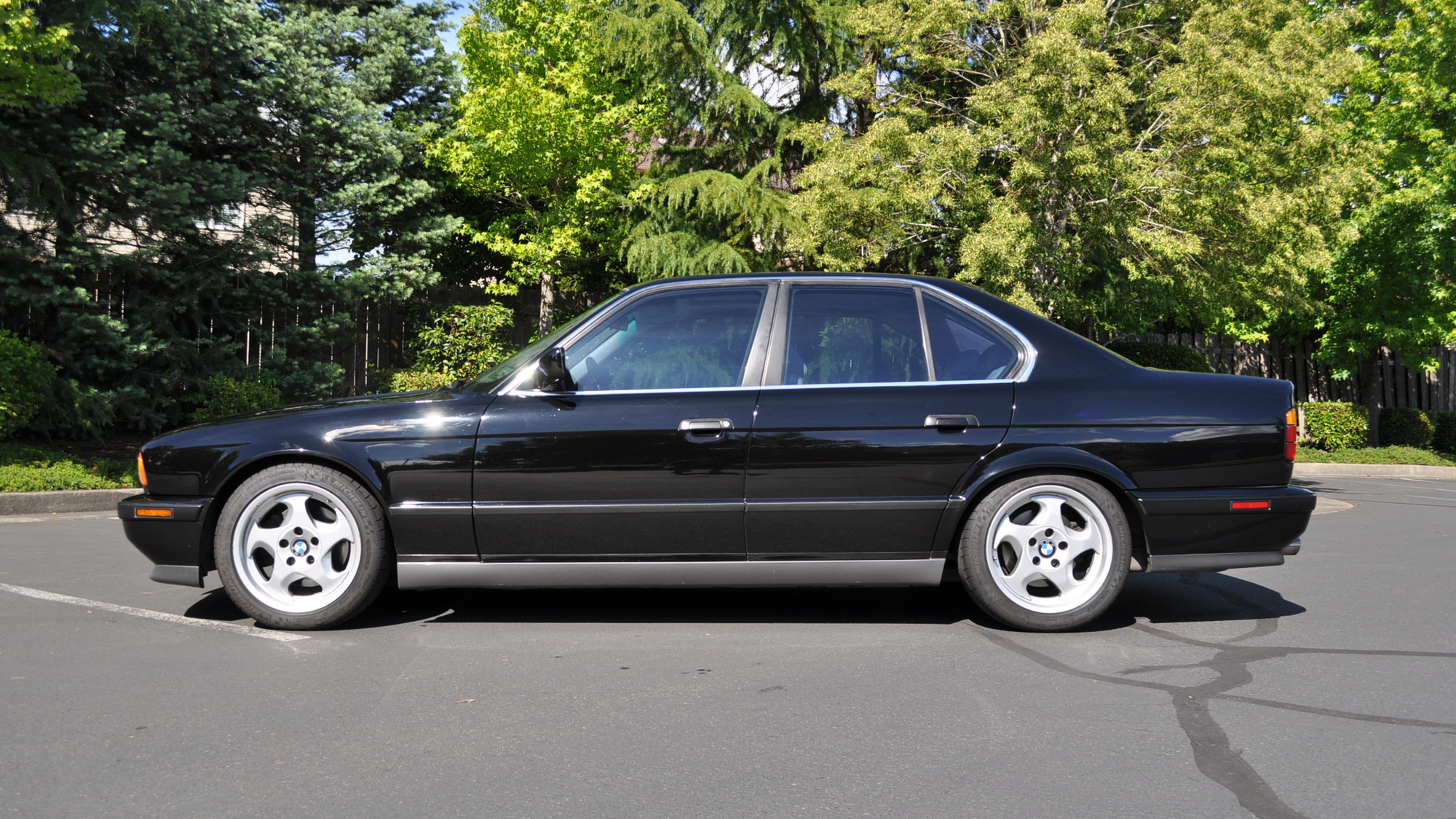 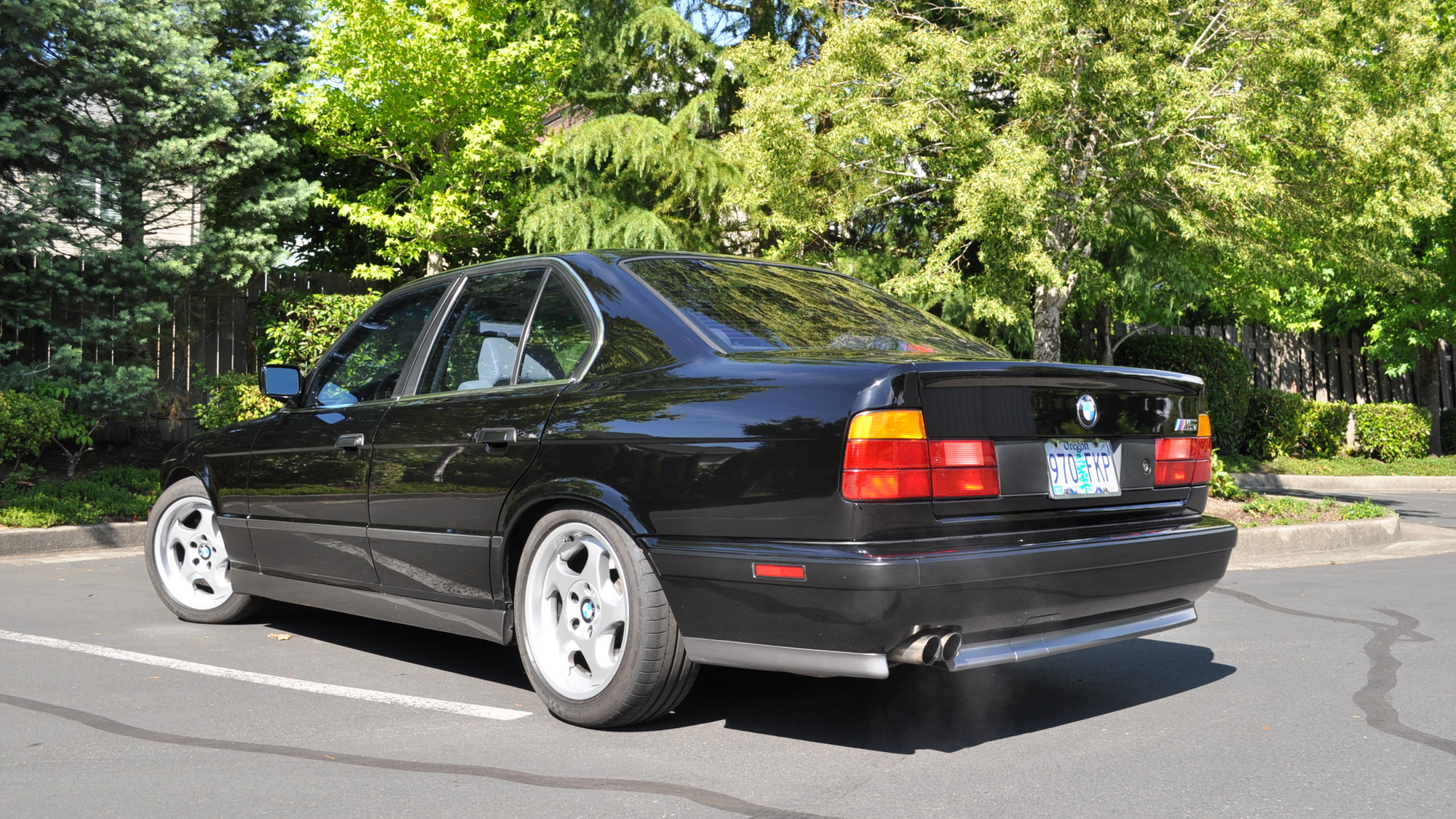 15
photos
On May 31, a collective gasp bellowed from every soul that knew me: My 1991 BMW M5 went live on Bring A Trailer.

The moment I actually saw it hit the collector car classified website I nearly vomited all over my keyboard.

Emails, text messages, and phone calls poured in. Was I dying? Deep in debt? Is this a sick joke?

Nope, no, and no. The car needed to be sold.

Backing up a smidge

Yes, I owned a E34 M5. It was awesome. It wasn't even the car I wanted originally.

From the beginning, my wife said whatever I was buying had to have four doors, an automatic transmission, and not cost a small fortune.

Naturally, I gravitated toward a late-1980s Porsche 911—none of those things.

Her request for four doors was key. I swore if we bought an old 911 I would sell it when we had kids and buy something more practical. She called me a liar and said we would just end up with another car. She knows me too well.

ALSO SEE: Things we hate about the cars we love

I can live with four doors. Of course, I ignored the other requirements. Whoops.

Fast forward nearly five years and we have two kids, but I had become fanatical about that M5. After putting sweat, time, and even some blood into making it about as perfect a driver as you could want, I just didn't use it much.

I wouldn't let it see rain—no easy task living in Portland, Oregon. If it got dusty, I blew my lid. I didn't like the kids touching it; my daughter once gave it a kiss, and I wasn't sure whether to be angry or happy about it.

For the last 12 months I owned it, I clocked 900 miles. That, friends, is a crime and I'm embarrassed. Between work travel, personal travel, and press cars, it just didn't get driven much.

The M5 didn't present much of a compelling business case: its use was inversely proportional to its cost in repairs and insurance. But I wasn't ready to part with it.

Then, my wife was recruited for a new job in the Midwest. That meant winter.

I wouldn't even let my M5 sniff rain. You think I was going to expose it to salt and snow? Not a chance.

I decided we would move the car with us and it would become my summer toy. The issue is, I already have a summer toy in the Midwest: a 1990 Nissan 300ZX that I share with family. So I was going to have two summer toys?

I started performing feats of logic to justify keeping it. I looked into how I would go about moving it across country and what I would do with it once we arrived. Could I drive it? How could I go about carrying it on the plane with me? Does United charge more for that type of carry-on?

Logistics and reality smacked me in the face.

Naturally, like any person unwilling to face the truth, I turned to a friend. Sam Smith of Road & Track had just gone through something similar. He had moved across country for his family, sold off most of his toys, and wept about it silently. Maybe he could help. He did.

It came down to this: That car became my trophy. I told him I wasn't excited about doing what I must. His words struck like a bad night at the bar freshman year: "I know. You won't be. Be excited about not being a deadbeat selfish dad who makes sure his family is functional and doesn't just keep scraps for his kids."

So why did I sell my E34 M5? Because it was the smart, responsible thing to do for my family. It wasn't fun. In fact, it was horrible. I have some regrets, but that doesn't change the fact that I did the right thing.

No one said being an adult is fun.