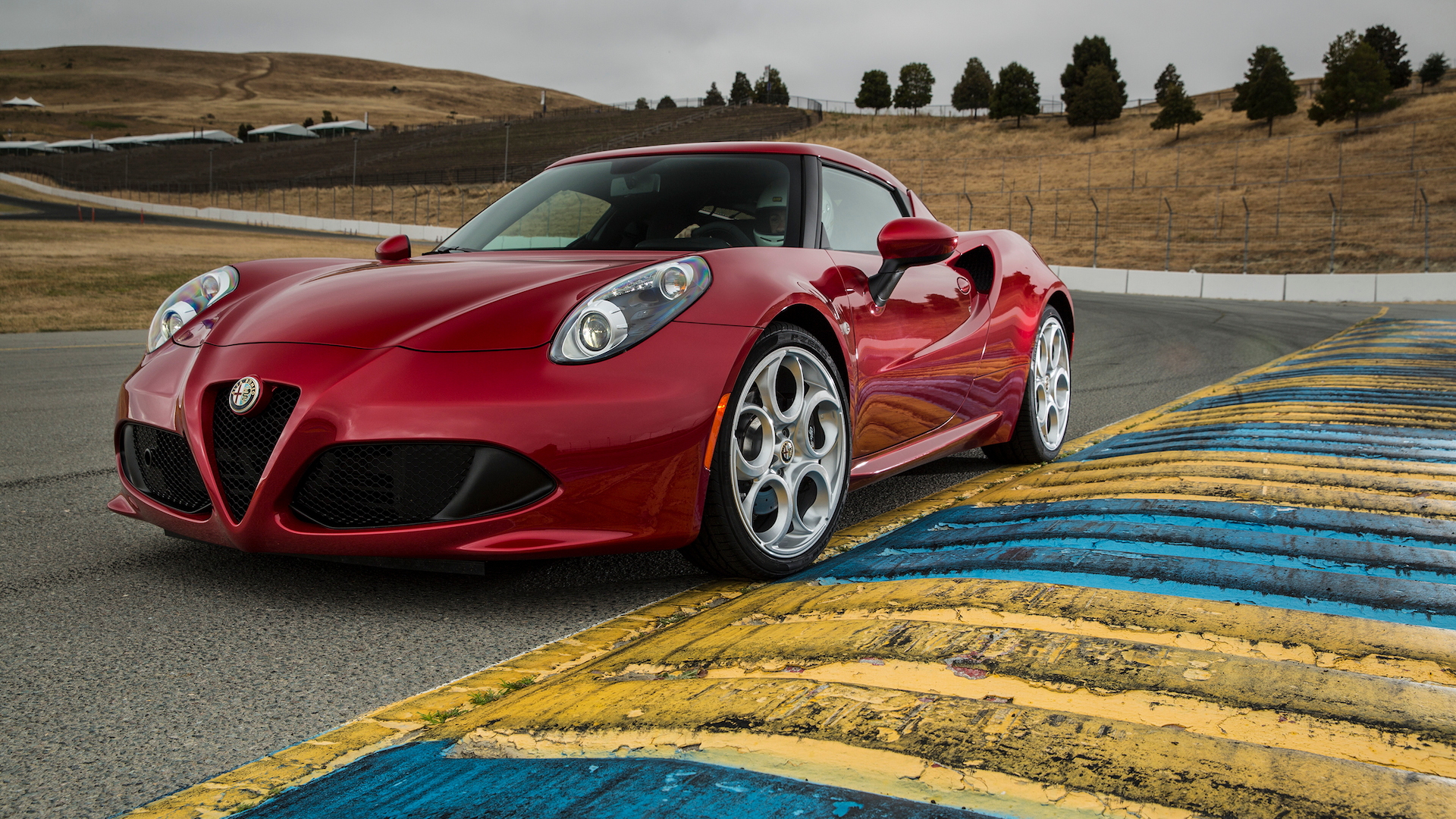 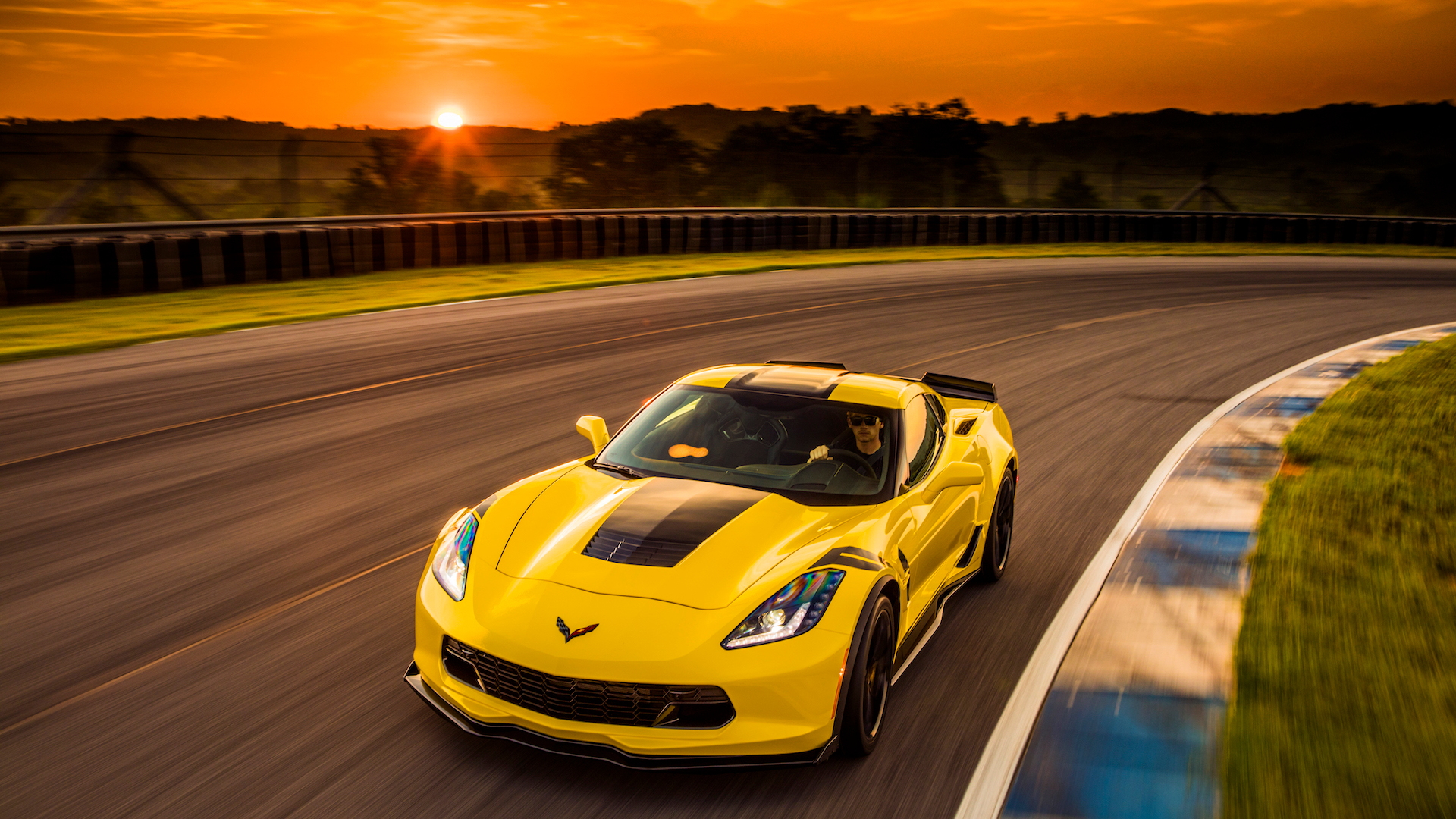 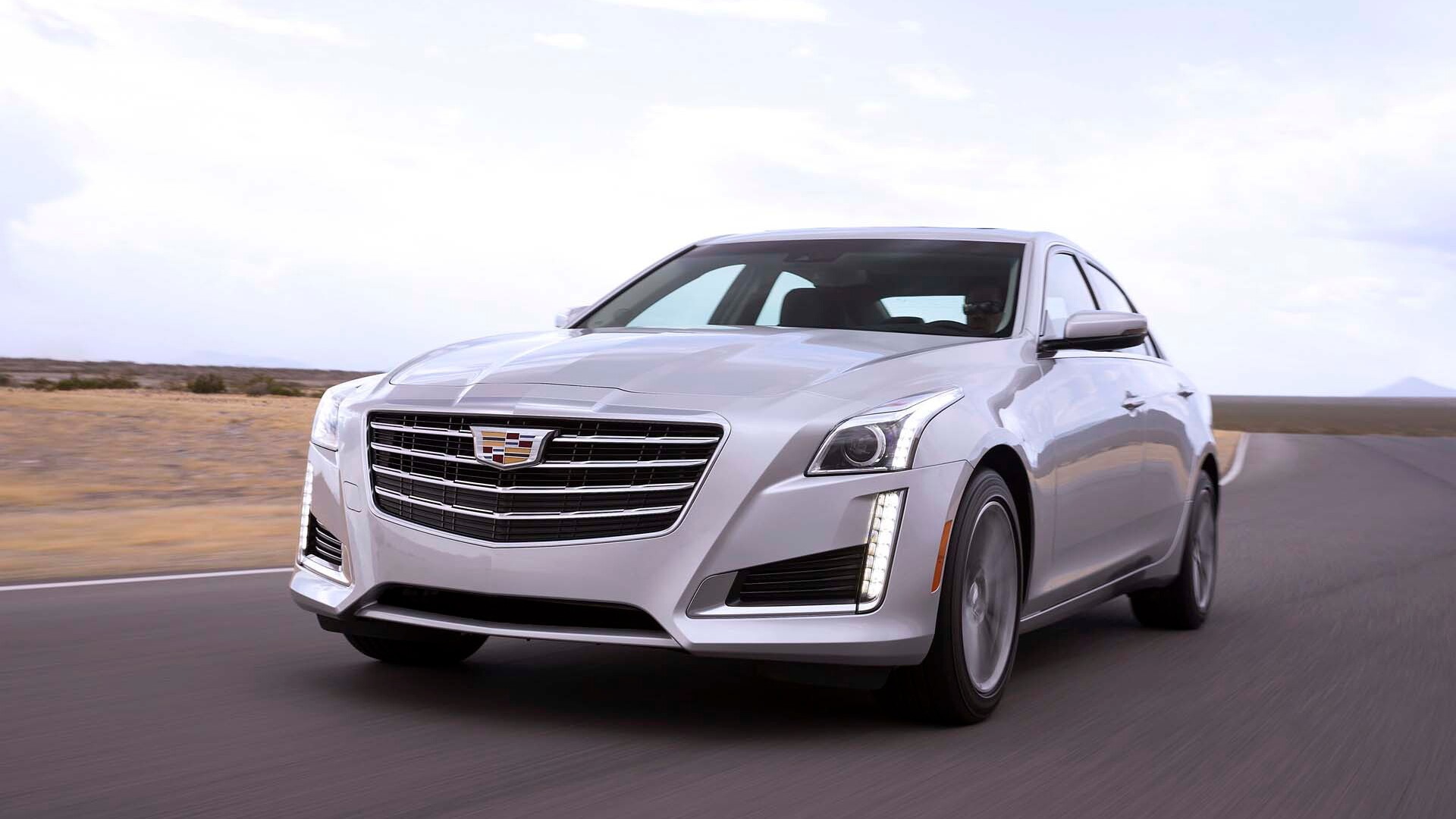 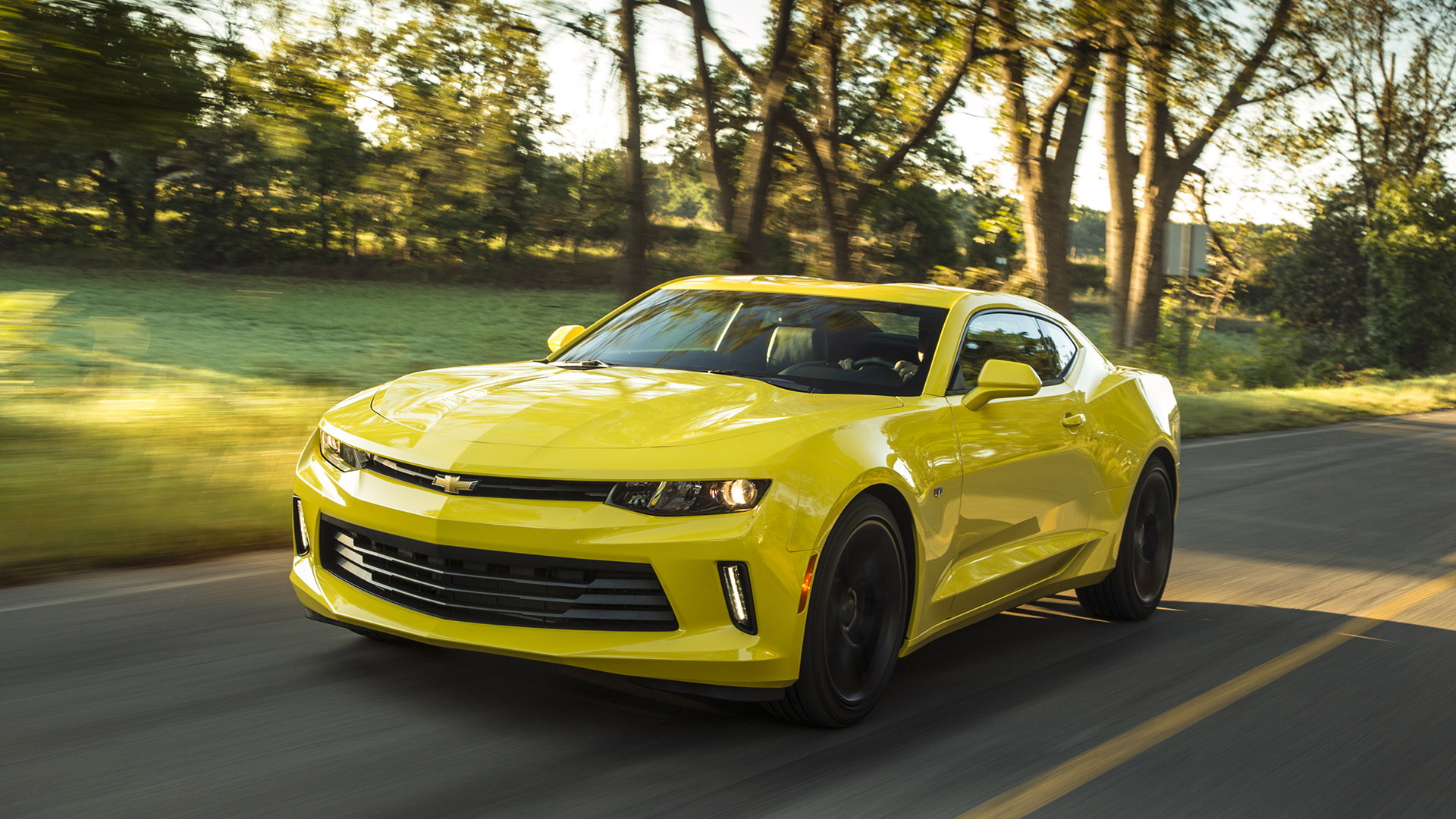 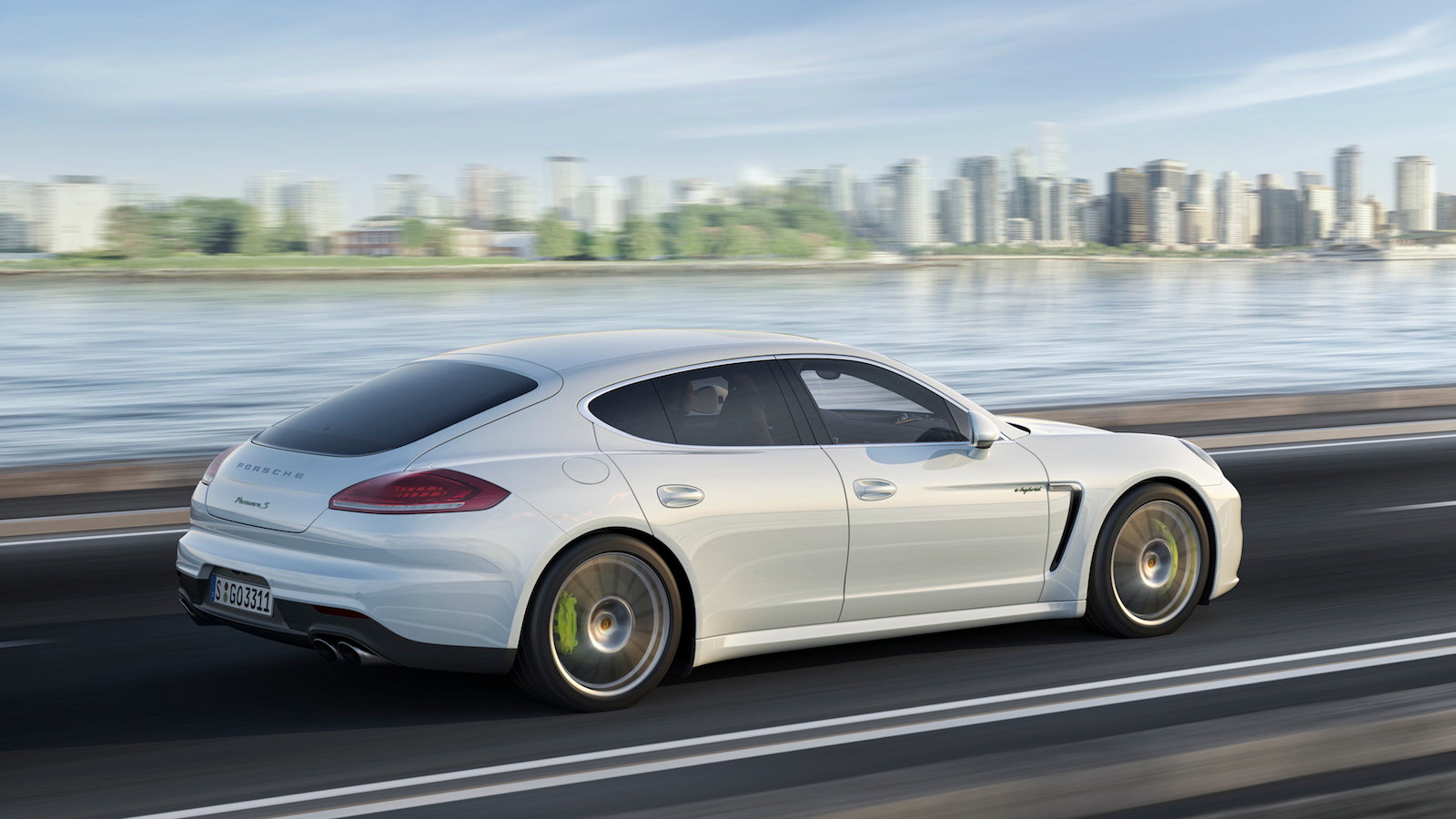 Designing and engineering a car is a balance. If an automaker puts a lot of money into one aspect of a car, other areas may suffer to meet a price target. The struggle between engineering and design is real: good cars can look bad, and vice versa. If the car is meant to handle well, how much power does it really need? Big engines add weight, after all. Colin Chapman had some thoughts on this, we've heard.

All those considerations and others play into what reviewers and customers think about any given car. On top of all that, simple matters of opinion may differ between company engineers, accountants, and project leaders, as well as the automotive media and the buying public.

The upshot? Just about every car on the market is a balance of good and bad. Thankfully, the bad portion of that equation is much smaller today than it has been in the past, but even the cars we love still have some foibles. Here, we chose eight of our favorites—and then tear a hole in them.

Alfa Romeo 4C. With its carbon fiber structure, the Alfa Romeo 4C is a pocket-sized supercar for as little as $57,000. Thanks to the manual steering, it has more road feel than any car on the market today. The lightweight architecture and low-slung stance make it a canyon carver and track athlete that few can match. Its 1.75-liter turbocharged engine spins out a modest 237 horsepower, but with less than 2,500 pounds to move along, it launches the car from 0 to 60 mph in just 4.2 seconds.

What we hate. The problems happen when there isn't a track or twisty road to tackle. Then, many of the 4C's strengths become weaknesses. The ride is buckboard hard, the engine clicks and whirs and whines right behind the driver, and the steering requires brute strength at low speeds. Getting in and out requires genuine core strength, and once inside, the interior just looks cheap and plasticky with a radio from 1995. Bottom line: The 4C makes a great toy—but a horrible daily driver.

Chevrolet Corvette. If you've never driven the C7 generation, you've never driven the Corvette. It's so comfortable that it borders on refined. The seats are world class, the ride doesn't beat you up, and the interior materials are appropriate for the price. Even in base form, it's so powerful that it can rip from 0 to 60 mph in 3.7 seconds. And if you can get it on a twisty road or even a racetrack, it delivers tons of grip and smiles galore. On top of all that, in terms of performance for the dollar, nothing can touch it.

What we hate. So what's wrong with it? Nothing really, except the decades old stigma of buying a Corvette. Some may appreciate the looks in a high-tech-fighter-jet-for-the-street kind of way, but others will think they're over the top and lacking in grace. Sure you may want a 'Vette, but how will you look in a satin jacket with your hair in a ducktail. The Corvette is brilliant. It just makes people think you're the kind of guy who gets his jollies doing burnouts in the parking lot of your kid's school.

Chevrolet Camaro. We love the sixth-generation Camaro. In fact, we love it so much that we named the Camaro SS the Motor Authority Best Car To Buy 2016. With its new, lighter chassis, and its Corvette-derived V-8, an argument could be made that it's a four-seat 'Vette with a starting price that's about $20,000 lower. The steering is fantastic, the sounds are intoxicating, and twisty roads are pure joy behind the wheel of the Camaro. Heck, the ride is pretty good, too.

What we hate. The Camaro may be the most flawed car on this list. In the pursuit of design, practical concerns took a back seat. The most notable issue is the gun-slit greenhouse created by the high beltline and low roof line. After all, who needs to see out of a 455-hp car? The rear seat is also an afterthought and the trunk opening is almost comically small. The interior is improved from the last generation, but it's not up to the quality standards of most cars at this price. Still, we love the Camaro. Warts and all.

BMW M4. There is no denying that the current generation BMW M4, with its twin-turbo inline-6, is faster around a track than the last-generation V-8-powered M3. We've experienced it, hitting higher speeds at familiar tracks than we could in the last car. There are several reasons for that performance. The 6-cylinder has much more torque than the V-8 and its 425 hp figure is probably understated. No mater how much power it has, its acceleration is thrilling, and the M4 can launch from 0 to 60 mph in as little as 3.9 seconds.

What we hate. We still like the M4, but not as much as we liked previous generations of BMW's sport coupe. The problem is a lack of driver engagement. It's not as easy to tell what each wheel is doing, especially as they near the limits of grip, as it was in the past. We also find that it's hard to pick a drive mode. Sport Plus makes the ride too harsh and the shifts too aggressive, while Comfort mode mutes the engine's power. Perhaps worst of all, the M4 sounds like a tractor—not the snarling performance monster it is supposed to be.

Cadillac CTS. The Cadillac CTS is an American sport sedan that beats its European rivals at their own game. It handles like a smaller car, and offers a choice of strong engines. At this point, the BMW 5-Series, Audi A6, and Mercedes-Benz E-Class could take lessons from the CTS on how to deliver an engaging driving experience. At the top of the lineup is the CTS-V, which is a track demon with a supercharged 640-hp V-8 under the hood. That's our favorite CTS, but we can't find a bad apple in the whole lineup.

What we hate. There is one bugaboo, though. The Cadillac User Experience infotainment system can be slow to react and it complicates some simpler functions, like programming a radio station. We're also not fans of the slider controls that sit below the center screen. It's hard to be precise with the touch-and-swipe motion used to control them.

Porsche Panamera. With its front-engine layout and V engines, the Panamera doesn't have true Porsche hardware. That doesn't matter, though, because it delivers true Porsche performance. This big luxury sedan (it's really a hatchback) offers great handling and plenty of power. Heck, the Turbo provides supercar acceleration, hitting 60 mph from a stop in 3.6 seconds. On top of that, the Panamera is truly luxurious inside, with fantastic materials and tons of space.

What we hate. Unfortunately, Porsche made concessions to create all that space. As the legend goes, Porsche chief Wendelin Wiedeking required the car to have enough rear seat head room for his 6-foot-6 frame. That gives the car an odd bulbous look that takes away from what would otherwise be a sleek design. Inside, the Panamera's infotainment system is behind the times, leaving it with a sea of buttons that take awhile to decipher. Thankfully, a second-generation Panamera is on the way and it solves both of those problems.

Subaru BRZ/Toyota 86. The Subaru BRZ and Toyota 86 (nee: Scion FR-S) are fraternal twins developed jointly by Subaru and Toyota. Both are an absolute blast to drive, with some of the best tuned electric-assist power steering on the market, agile moves, and skinny tires that make these cars easy to drift even with just 156 pound-feet of torque to overcome the grip. Talk to the automakers and they will argue that the light weight of these cars makes them pure sports cars, with no extra pounds to get in the way.

What we hate.  We agree with that idea—sort of. No matter how light they are, we want more power, and the easiest way would be to add a turbocharger. That would up the fun considerably. Imagine a BRZ STI with a 250- or, dare we say, 300-horsepower on tap. Most buyers would have to increase their tire budgets considerably. We'd gladly add another 100 pounds for that kind of power.

Tesla Model S. We appreciate the Tesla Model S as the car that made electric motoring cool. It doesn't hurt that it's a pretty darn good car, too. Space is plentiful, and that big, vertically mounted center screen is at the forefront of the industry by keeping drivers updated with a ton of information. The car's big battery pack eliminates the need for frequent charging stops (let alone gasoline), and it provides immediate power that is a match for just about any internal combustion engine on the market. The handling is quite good for a large, heavy car, too, partially thanks to the low center of gravity created by the low placement of the battery pack.

What we hate. But there are some issues. Tesla is a startup, and poor fit and finish of early examples reflect the fact that this company is still learning how to build cars. And Telsa can skimp on the equipment, too. Heck, the company sold this $70,000-$100,000 car without a usable center console for a few years. We may not appreciate some of these issues, but Tesla's buyers don't care, and they act as advocates for the brand and electric cars in general.