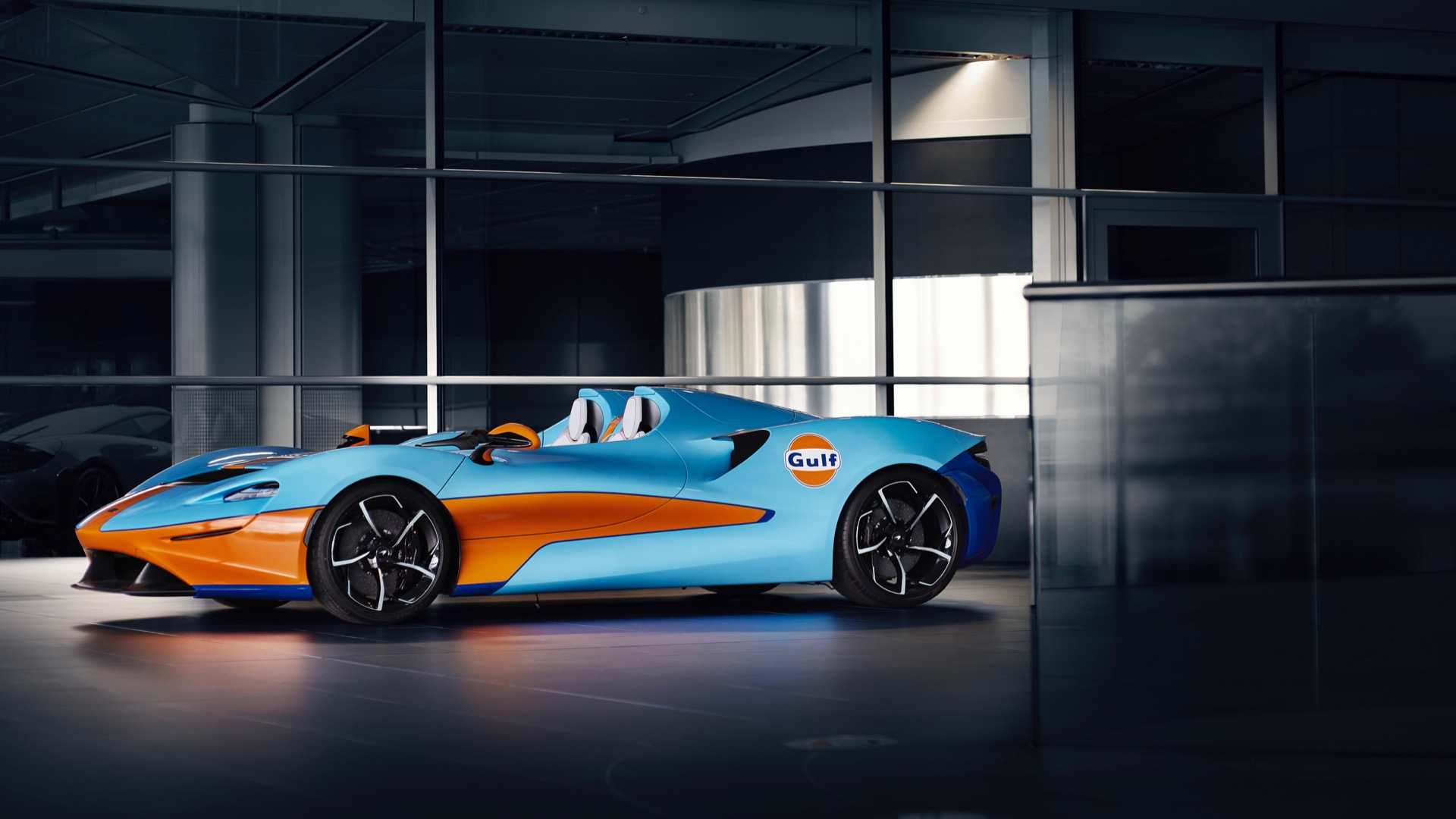 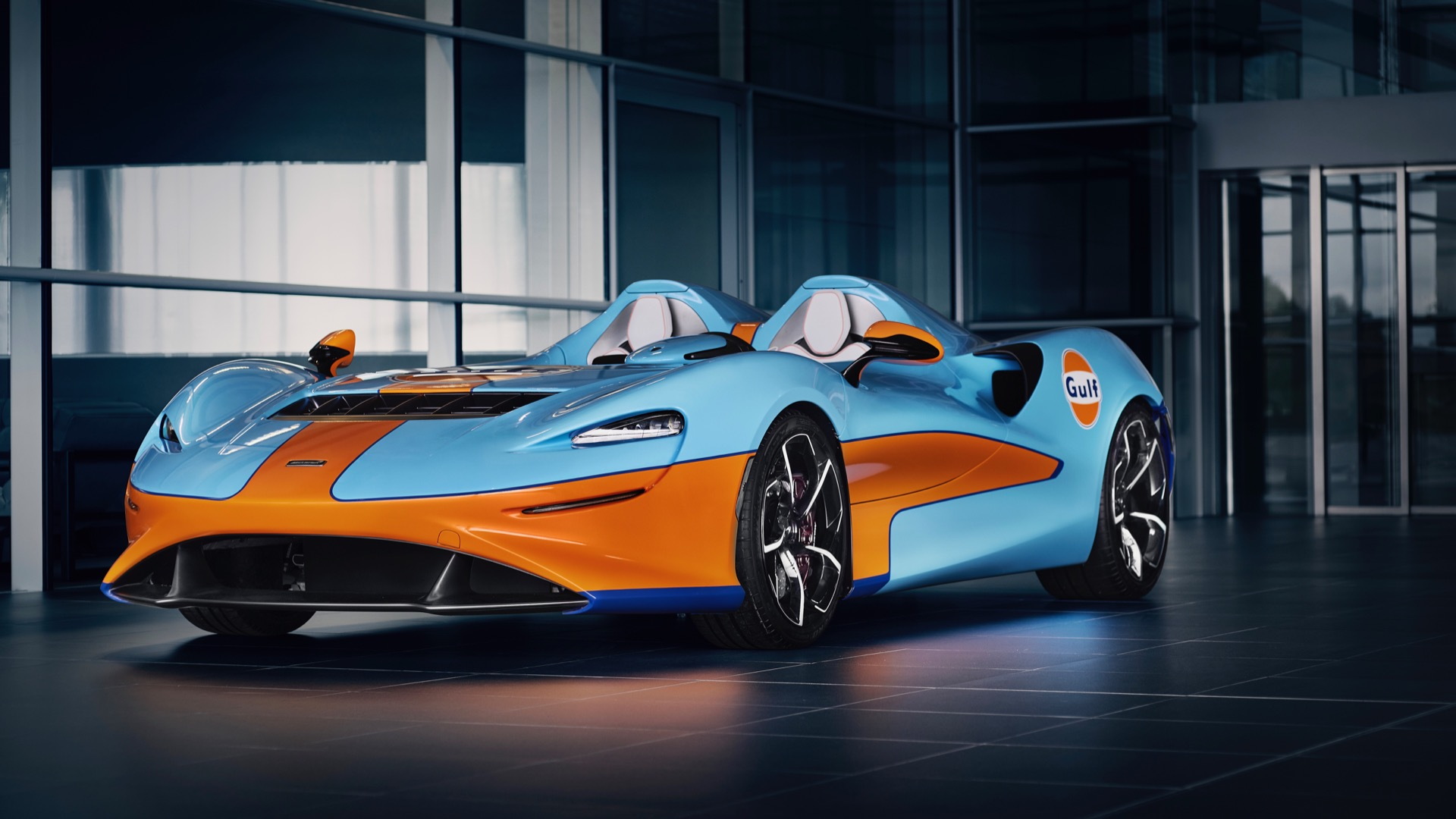 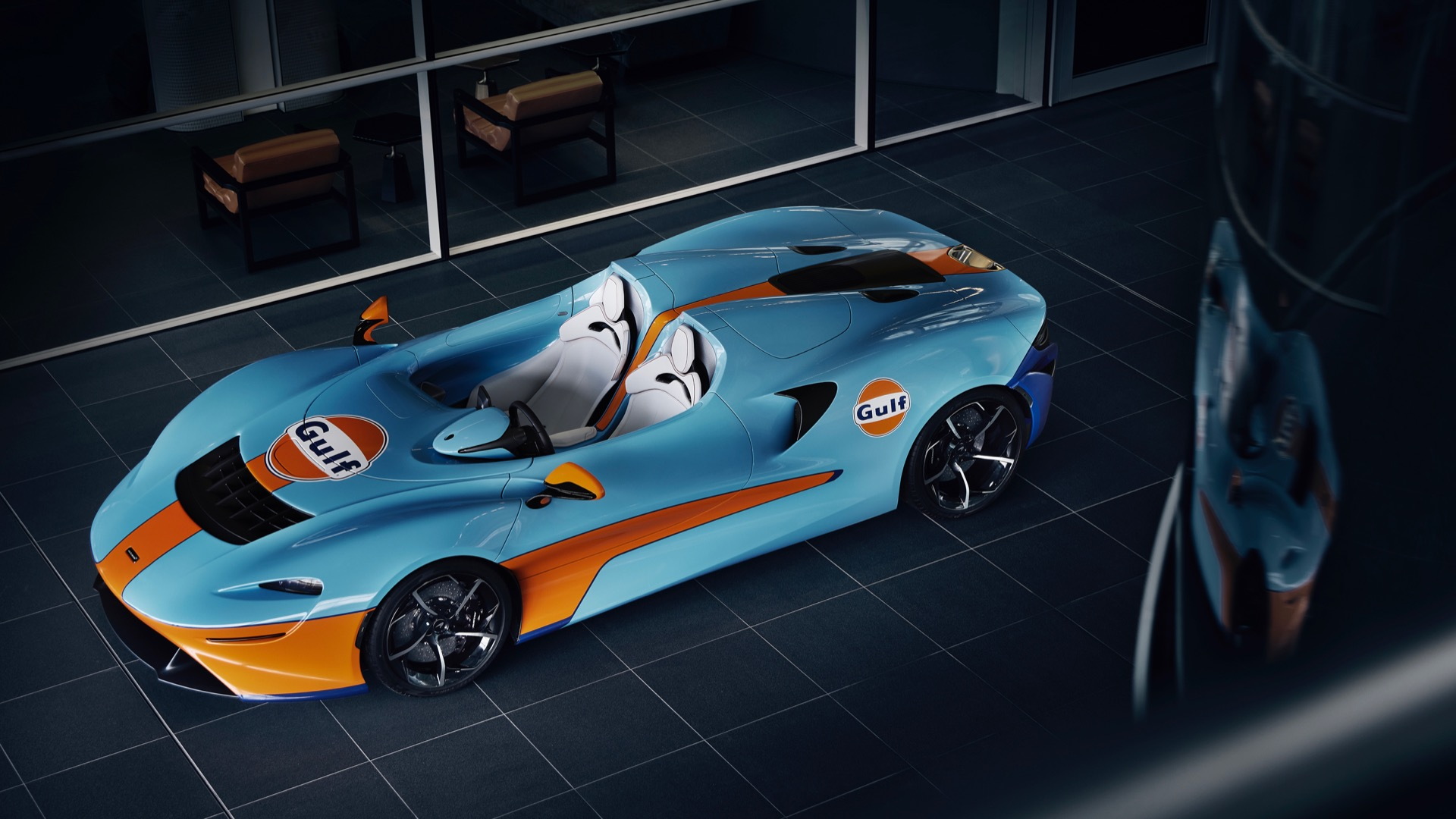 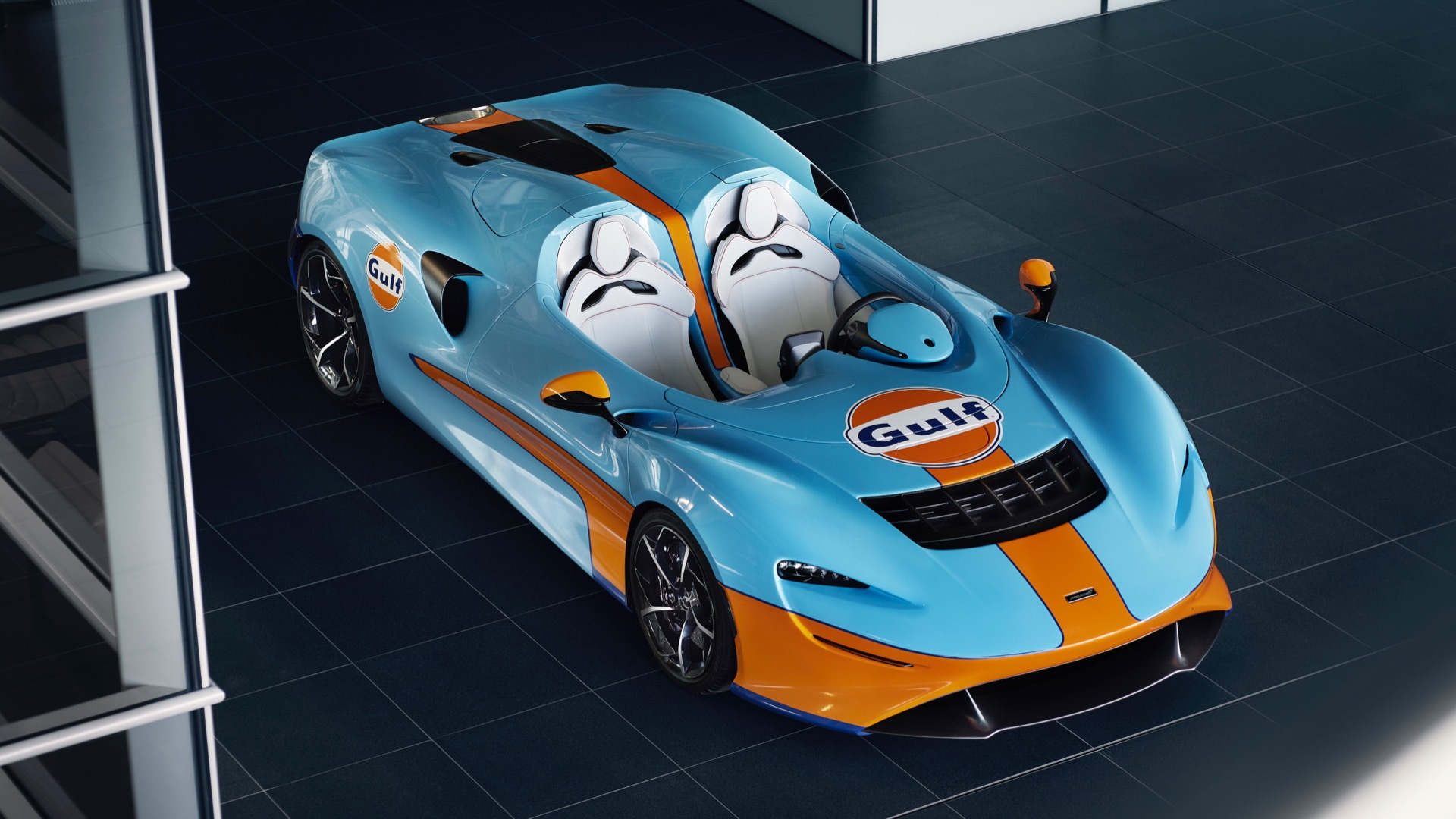 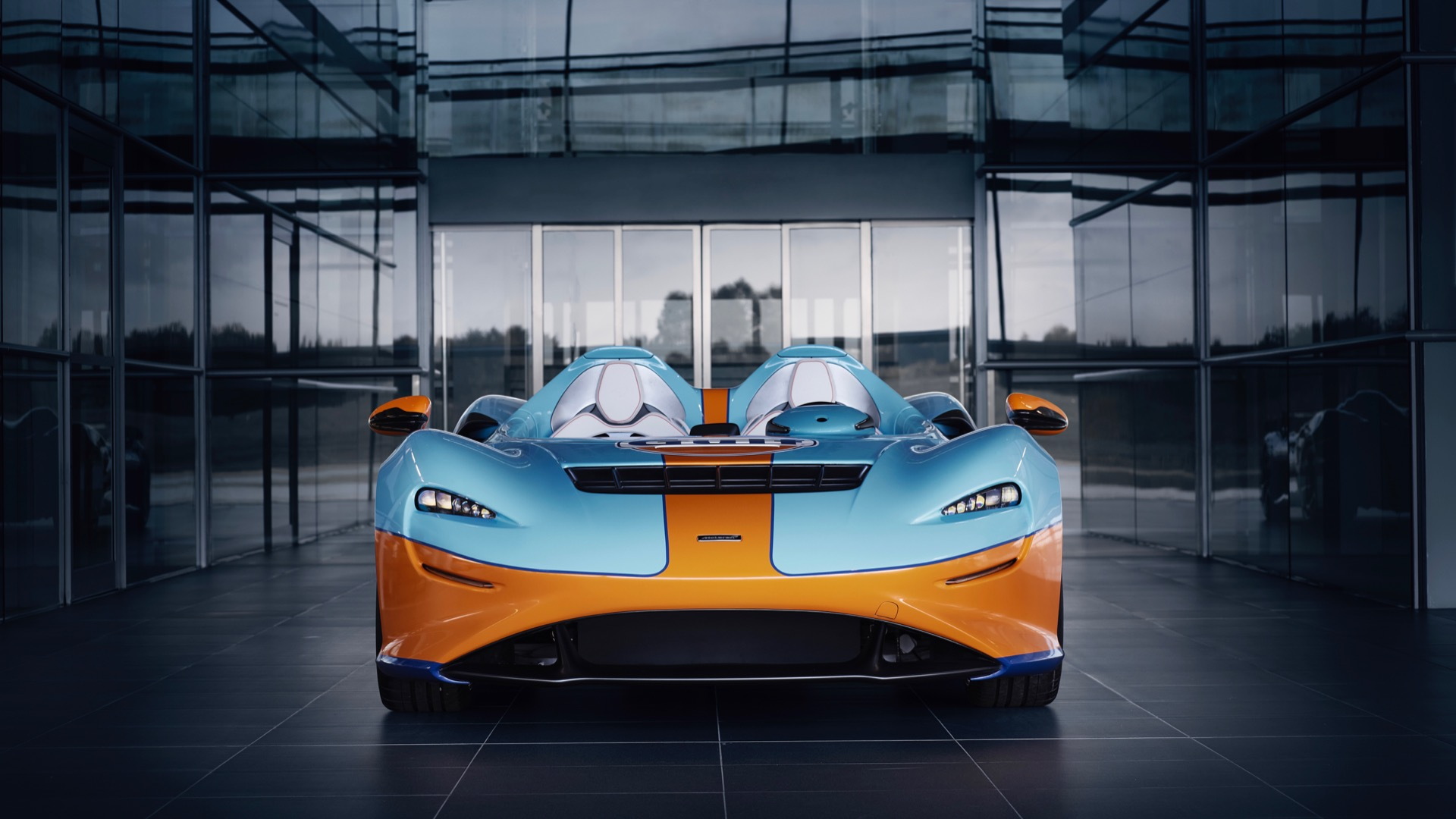 Revealed at Goodwood SpeedWeek via a "closed-door" broadcast, the car showcases a partnership between McLaren and Gulf Oil. The oil company signed a multi-year sponsorship deal with the McLaren Formula One team in July. As part of the deal, McLaren customers will be able to order Gulf-liveried cars through the automaker's McLaren Special Operations (MSO) personalization division.

McLaren and Gulf have a long history of collaboration. Gulf branding appeared on McLaren Formula One, Can-Am, and Indy race cars from 1968 to 1973, the automaker noted in a press release. However, those cars typically wore McLaren's then-trademark Papaya Orange, rather than the full Gulf livery.

More recently, MSO painted a Senna GTR LM in Gulf colors to commemorate the number 24 McLaren F1 GTR that finished fourth at the 1995 24 Hours of Le Mans. The car was one of five Senna GTR LM models built—one for each of the F1 GTRs that finished that race (out of seven entered).

The Elva itself invokes McLaren history. The name—derived from the French "elle va," or "she goes" in English"—references the 1960s McLaren-Elva sports racers. These were McLaren M1A race cars built by British manufacturer Elva at a time when McLaren didn't have the capacity to build the cars itself.

The latest in the Ultimate Series alongside the Senna, Speedtail, and P1, the Elva's distinguishing feature is its open-air design. McLaren's Active Air Management System (AAMS)—a series of channels that directs air around the passenger compartment—allows the Elva to be driven at high speeds comfortably without a windshield.

Like other McLaren models, the Elva is built around a carbon-fiber central tub and is powered by a twin-turbocharged V-8. Shared with the Senna and 720S, the 4.0-liter V-8 makes 804 horsepower and 590 pound-feet of torque in the Elva. That will get it from 0-60 mph in less than three seconds, and from 0 to 124 mph in 6.7 seconds, according to McLaren (a top speed hasn't been announced).

McLaren originally planned to build 399 cars, but cut the number of build slots down to 249 earlier this year and has since made a second cut down to just 149 cars. Mike Flewitt, head of McLaren's road-car business, said at the time of the first cut that it was done to appease customers who felt the Elva wasn't exclusive enough. The Elva's $1.69 million price tag apparently wasn't a deterrent.