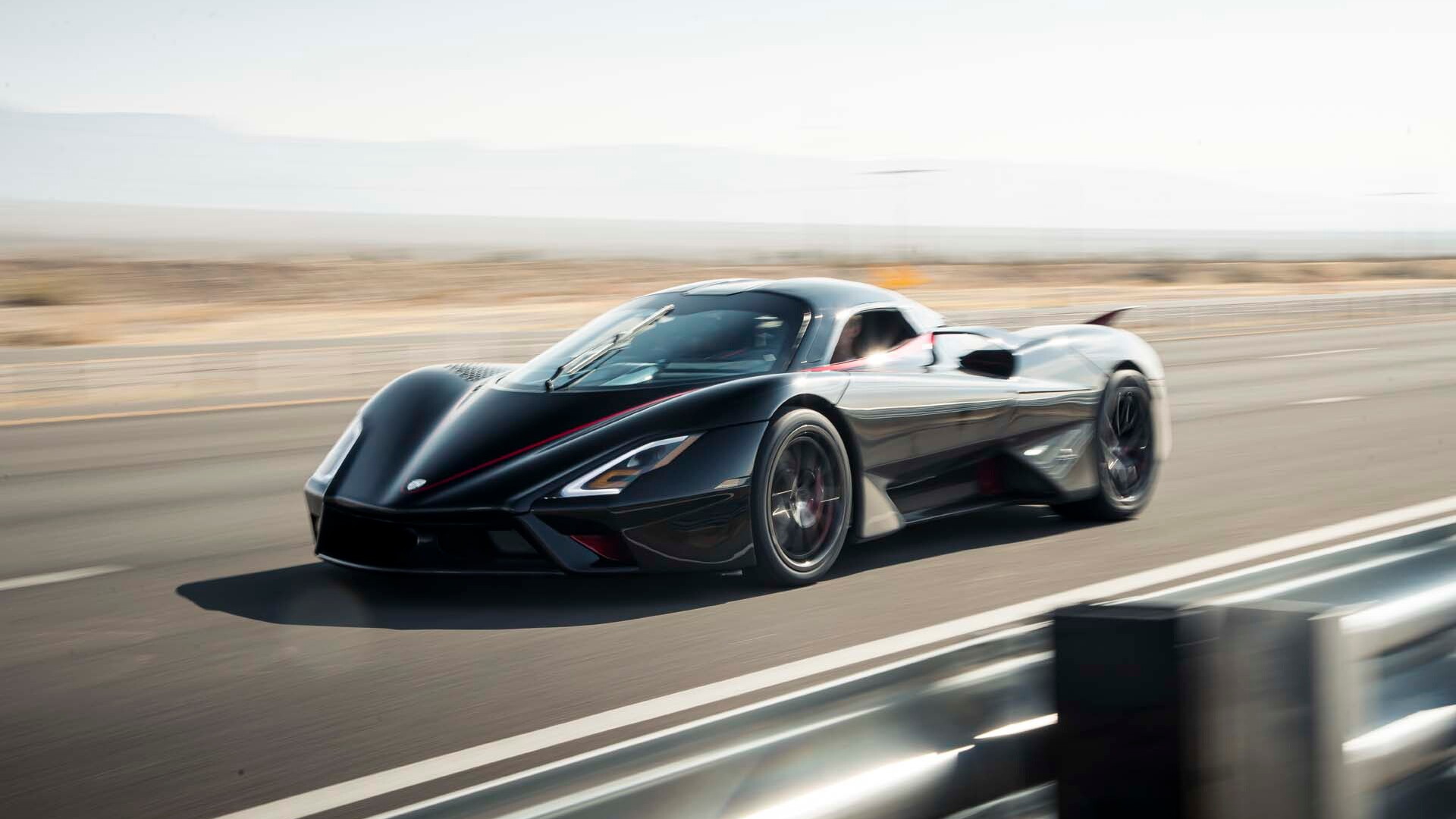 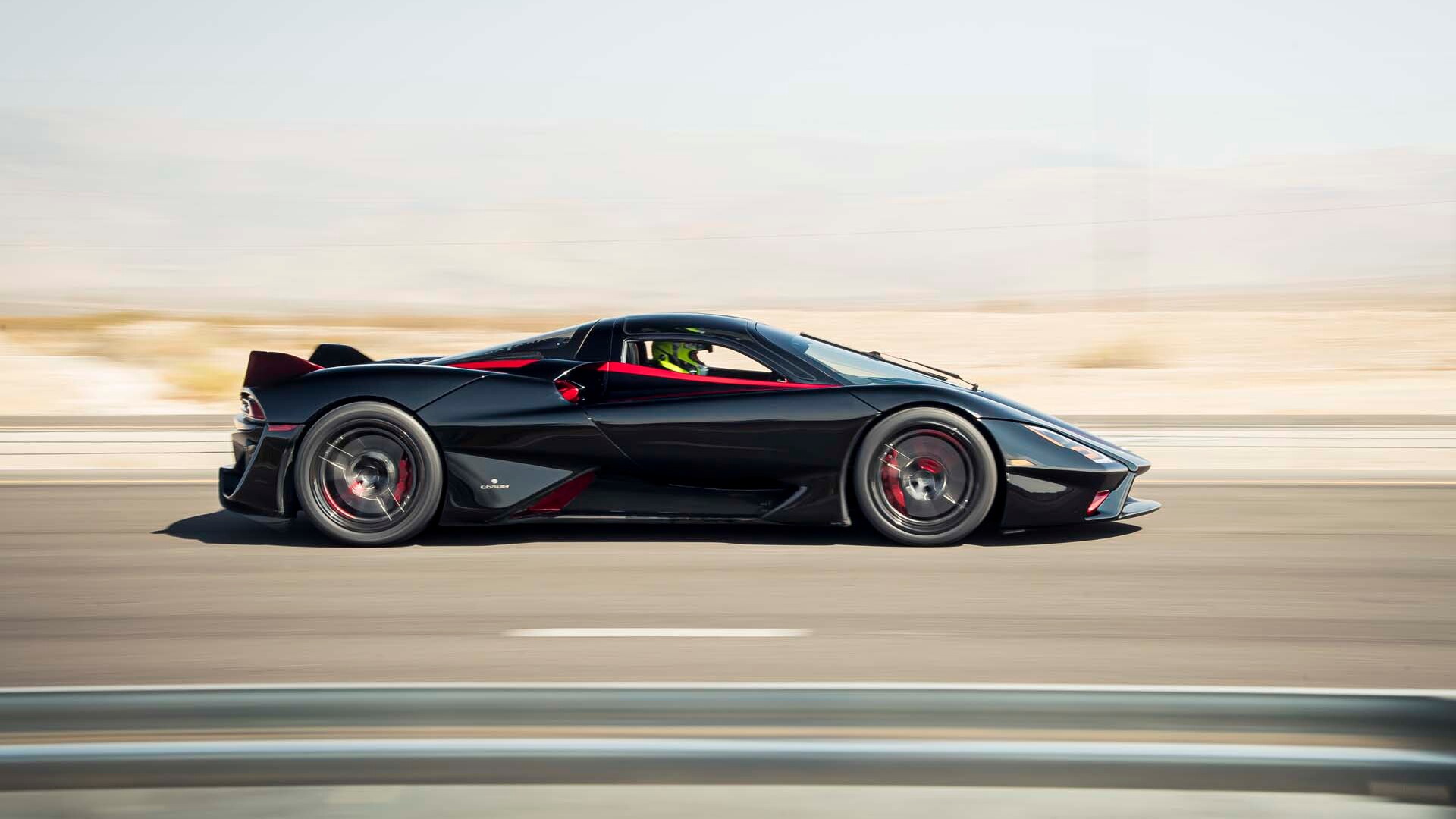 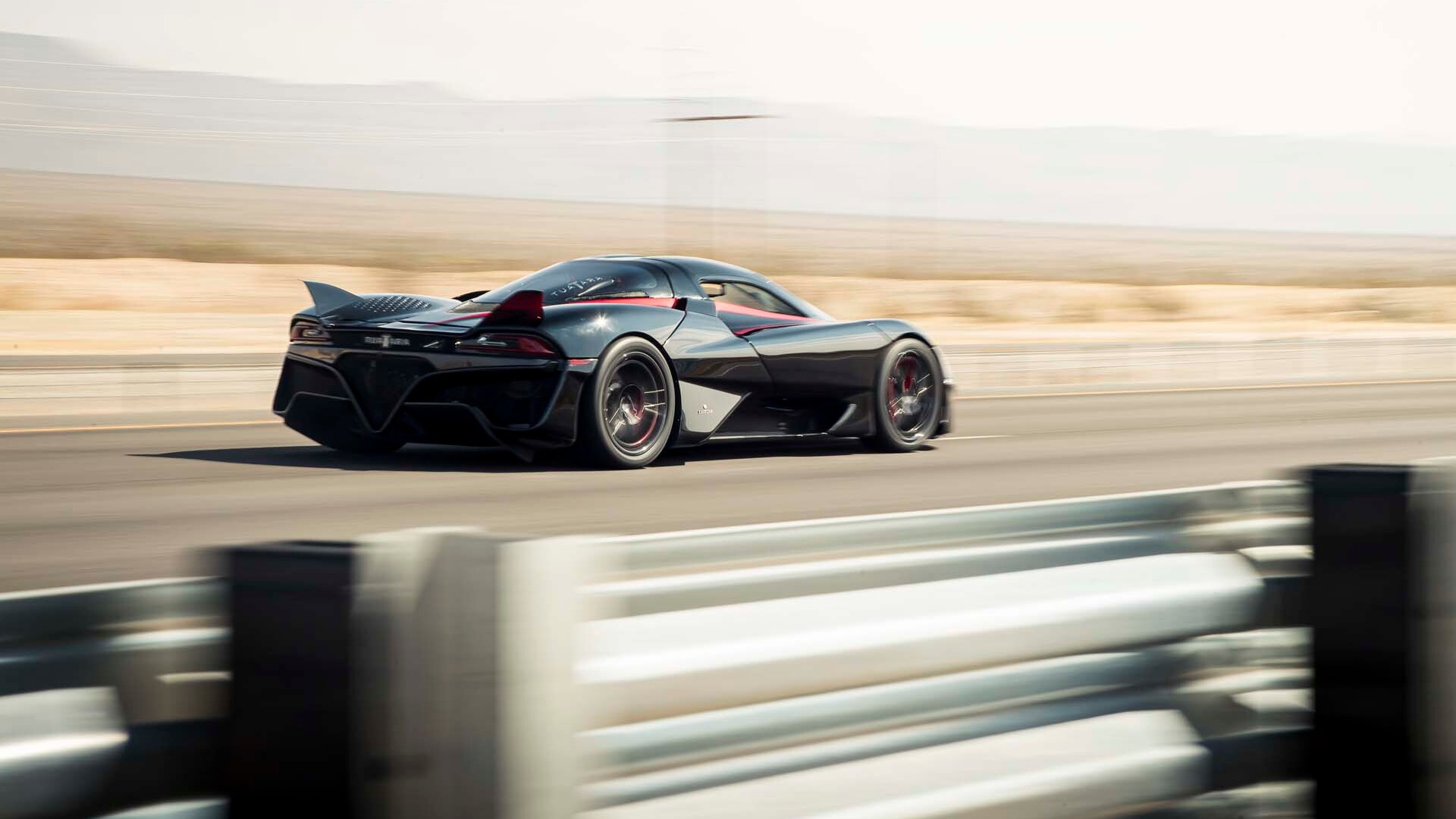 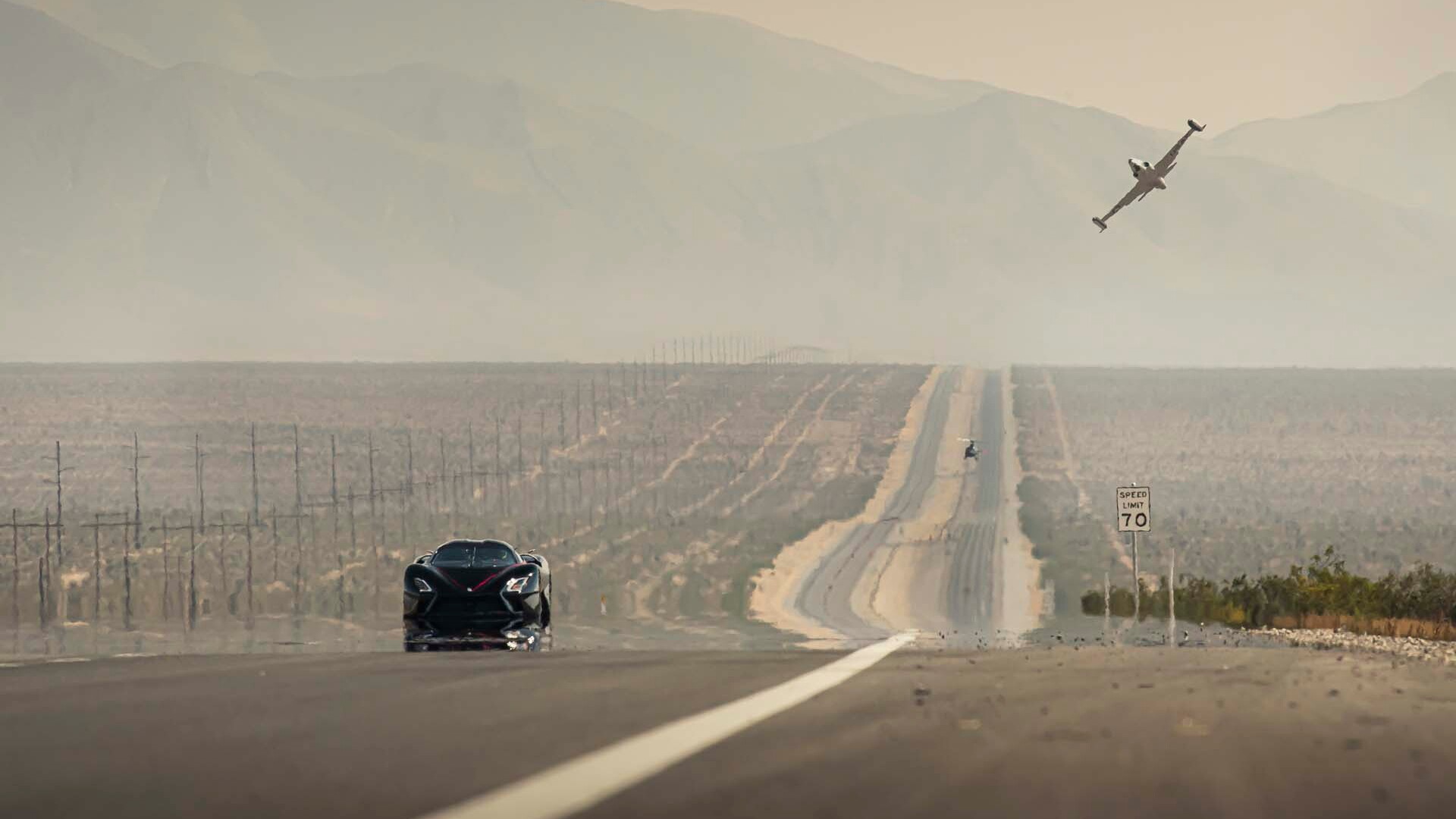 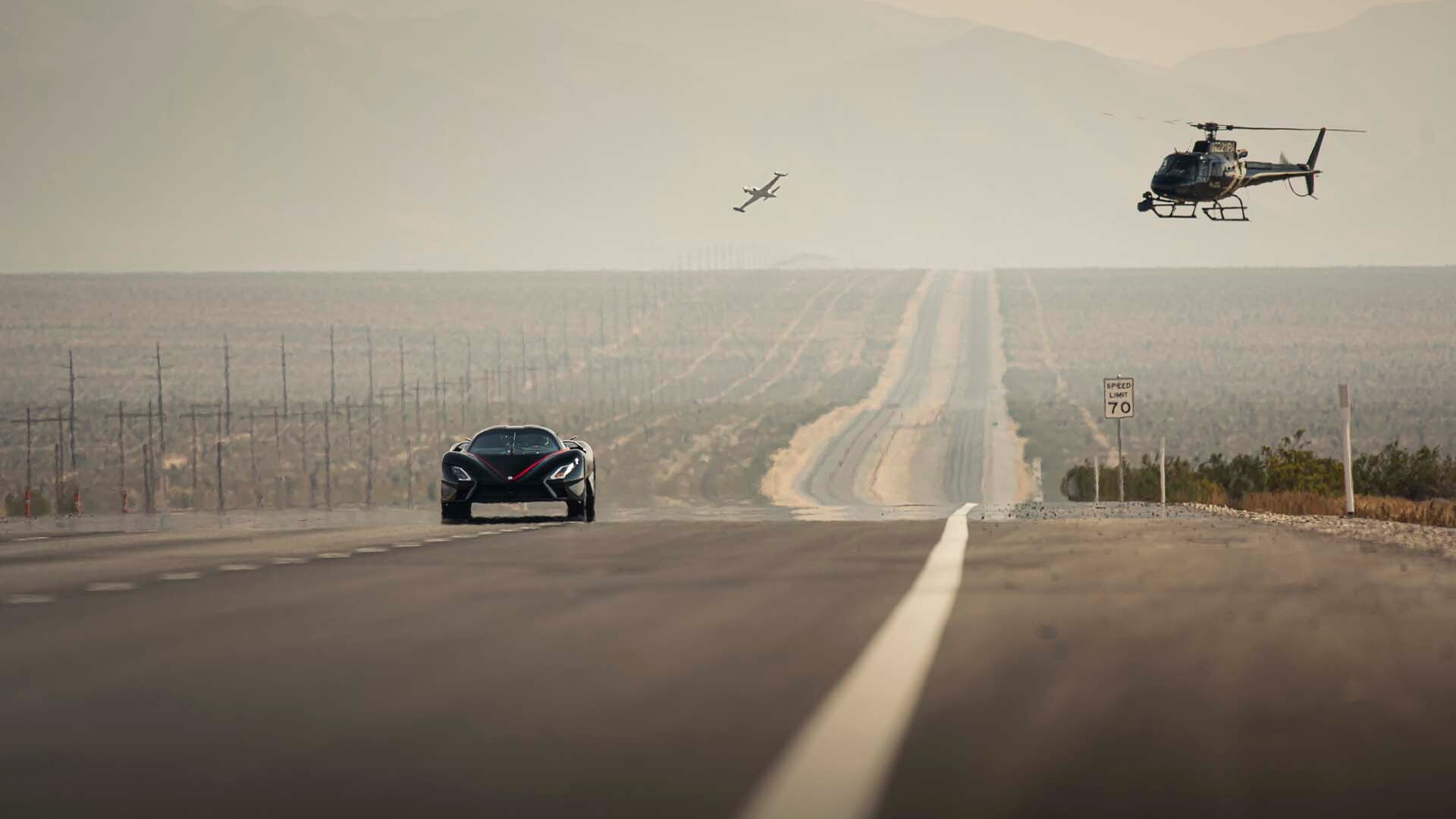 SSC is once again the speed king.

ALSO SEE: The inside story of the SSC Tuatara’s harrowing land-speed record run 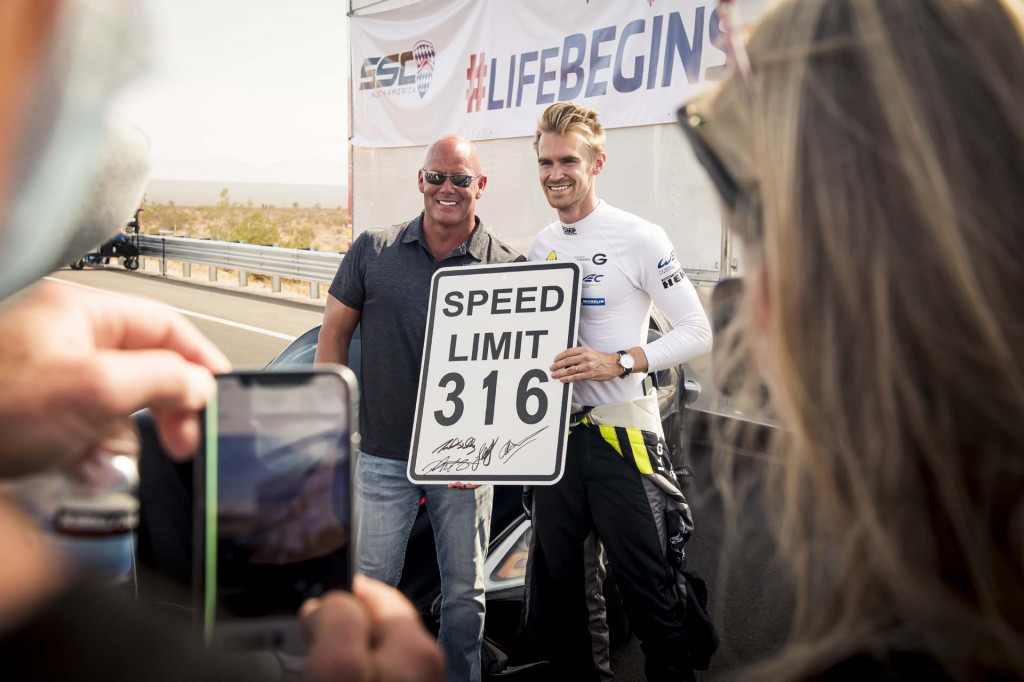 The record attempt took place on Saturday, Oct. 10 on a seven-mile stretch of State Route 160 between Las Vegas and Pahrump, Nevada. The same stretch of road was used in 2017 when the Koenigsegg Agera RS set the previous production-car land-speed record with a speed of 277.9 mph.

The record attempt followed the validation criteria set forth by Guinness Book Records, which was originally developed with the help of SSC ahead of the SSC Ultimate Aero's record-breaking run in 2007. The criteria required a two-way average with both runs within an hour of each other to account for wind and gradients. It also required a public road, and the use of street tires, street fuel, and satellite tracking. 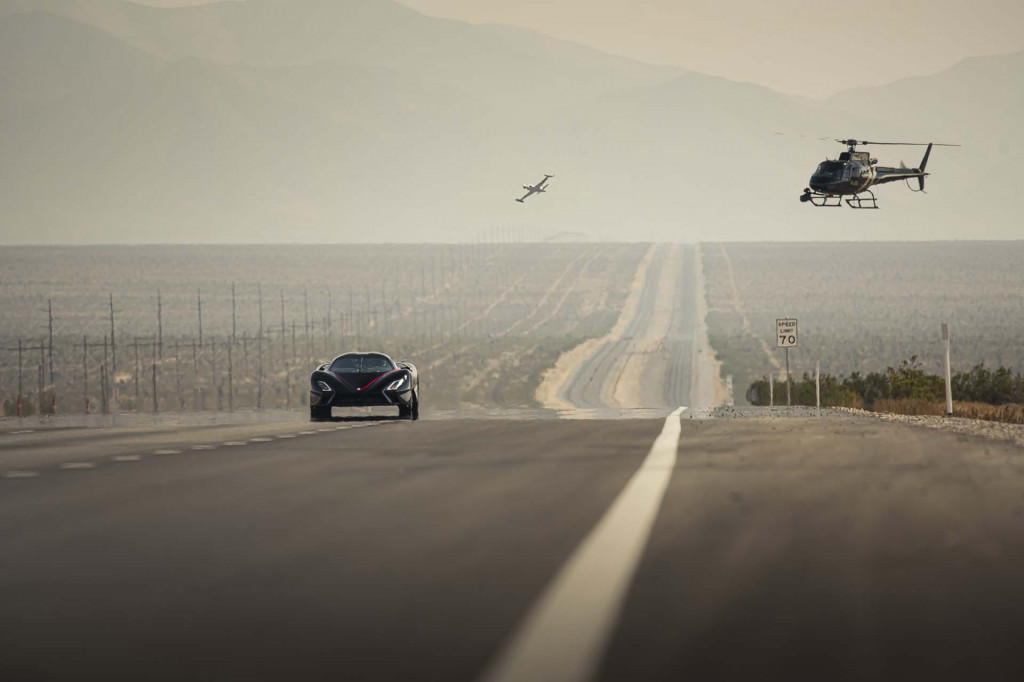 Two runs in the opposite directions set the record. They were performed within the span of an hour, with the car running E85 fuel and Michelin Pilot Sport Cup 2 tires. One run recorded a top speed of 301.07 mph and the other reached 331.15 mph. The two speeds were averaged to 316.11. Two record-sanctioned witnesses were on site for verification of the runs and procedures, and the runs were tracked by an average of 15 satellites.

“As I approached 331 mph, the Tuatara climbed almost 20 mph within the last five seconds. It was still pulling well," said Webb. "The car wasn’t running out of steam yet. The crosswinds are all that prevented us from realizing the car’s limit." 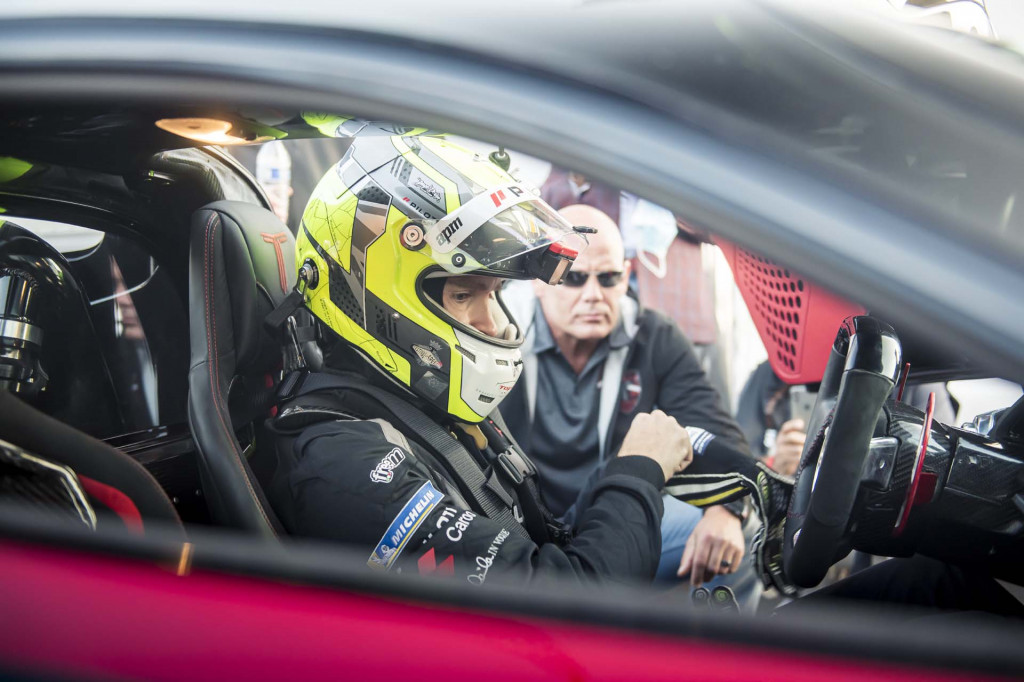 The car ran in stock condition and was equipped just as Caplin ordered it, with a four-point seating harness and no roll cage. SSC CEO Jerod Shelby told Motor Authority the team overfilled the Cup 2 tires with nitrogen, though he didn't specify a psi. He also said the active rear wing was locked in top-speed mode so it couldn't retract or angle for braking if anything were to go wrong. The Tuatara was set to Track mode, which enabled a lower ride height. Though set low, the car didn't scrape the road during the attempt. 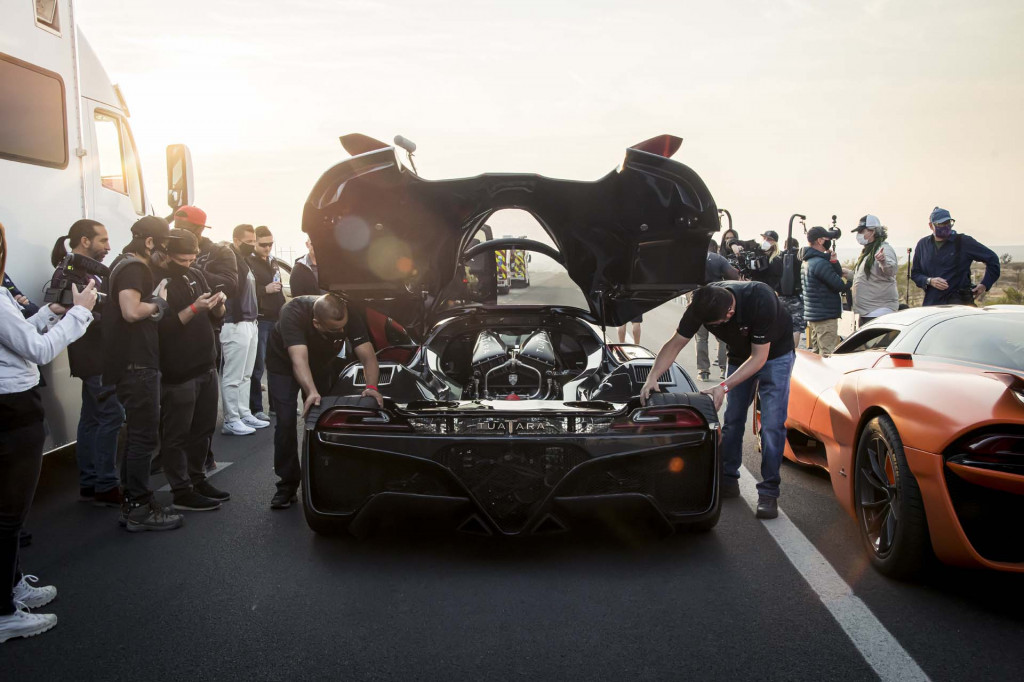 Bugatti set a speed of 304.773 mph in a Chiron Super Sport 300+ prototype in 2019, but the automaker didn't run the hypercar in two directions to record an average speed. The run also took place at the Ehra Lessian test track instead of on a public road, and the automaker didn't have a sanctioning body on site to certify the run.

"Bugatti, I will acknowledge their speed in the record, if they will play by the rules and follow the world record criteria that's been set for the last three world records," Shelby said.

Bugatti claimed the Chiron could've hit 320 mph had the run taken place in Nevada due to the 3,300 foot elevation and thinner air with less drag. The automaker claimed it didn't try the run in Nevada for safety reasons and said it's done with the top-speed race.

"I think it's going to be really difficult for them (Bugatti) if they follow the world record criteria to have a shot to ever hold this record again," Shelby said. 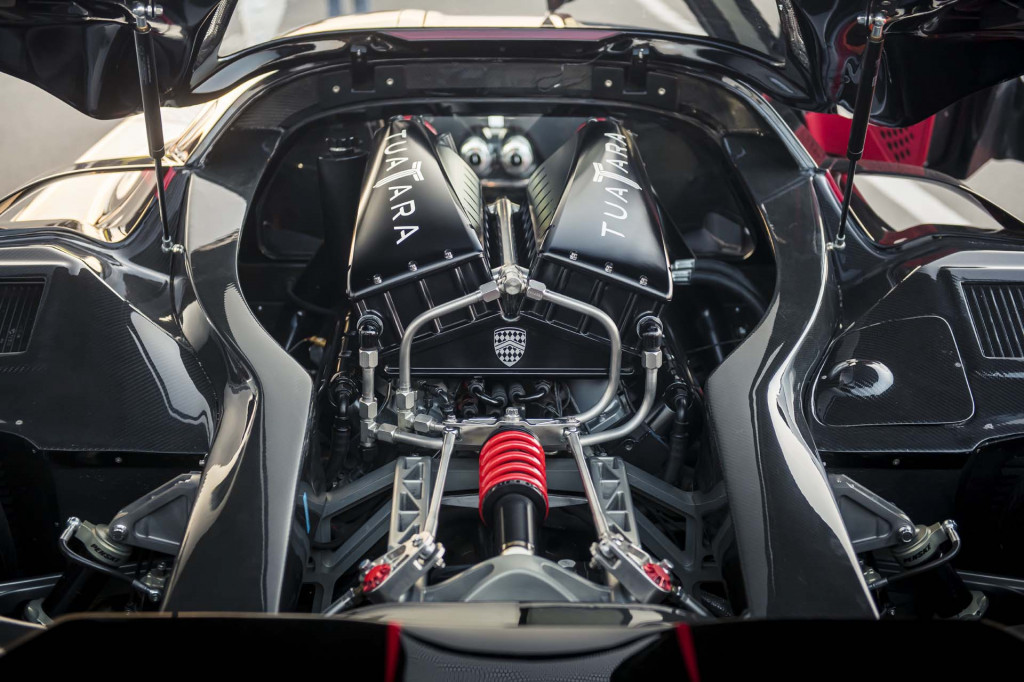 Only 100 examples of the Tuatara will be built at the automaker's facility in Richland, Washington, and each one starts from $1.9 million. The hypercar is powered by an SSC-developed 5.9-liter twin-turbo V-8 that produces 1,350 horsepower on 91 octane and 1,750 hp on E85. The engine spins to 8,800 rpm and sends power to the rear wheels via a 7-speed automated manual transmission that can shift in less than 100 milliseconds. The transmission is built by Italy's CIMA. The Tuatara's dry weight is only 2,750 pounds.

Penned by Jason Castriota, the Tuatara has a coefficient of drag rating of 0.279, which is among the lowest of any high-performance car in production. The core of the hypercar is a carbon-fiber monocoque chassis and it also has a carbon-fiber body, both of which SSC constructs in-house.

The coronavirus pandemic put a wrench in SSC's Tuatara production plans due to suppliers building PPE and Italy shutting down for awhile. Thus far, SSC has built only three Tuataras with plans to ramp production to 12 units in 2021 and reach full production capacity of 25 units per year in 2022. Currently about 20 Tuataras are spoken for.