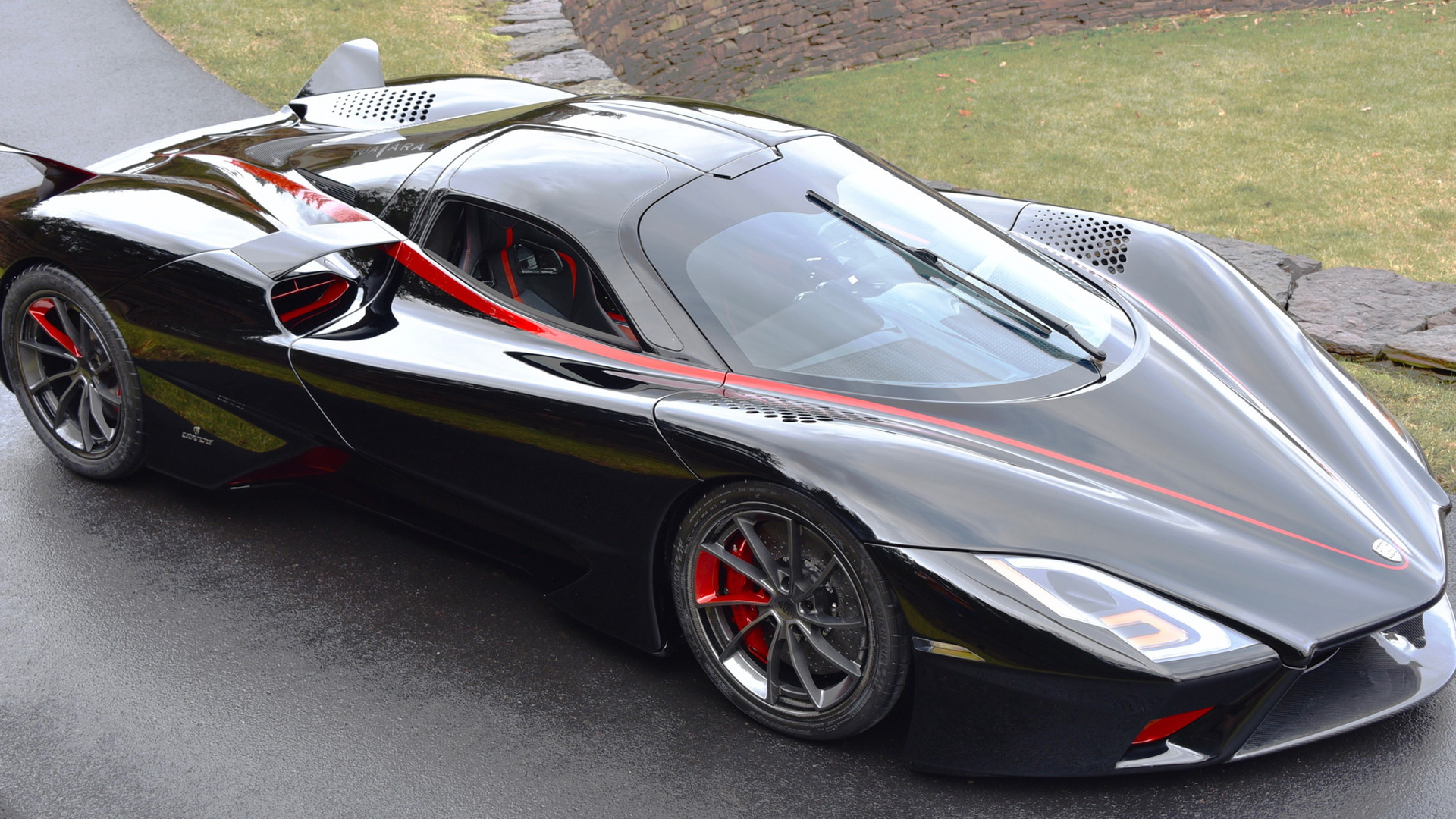 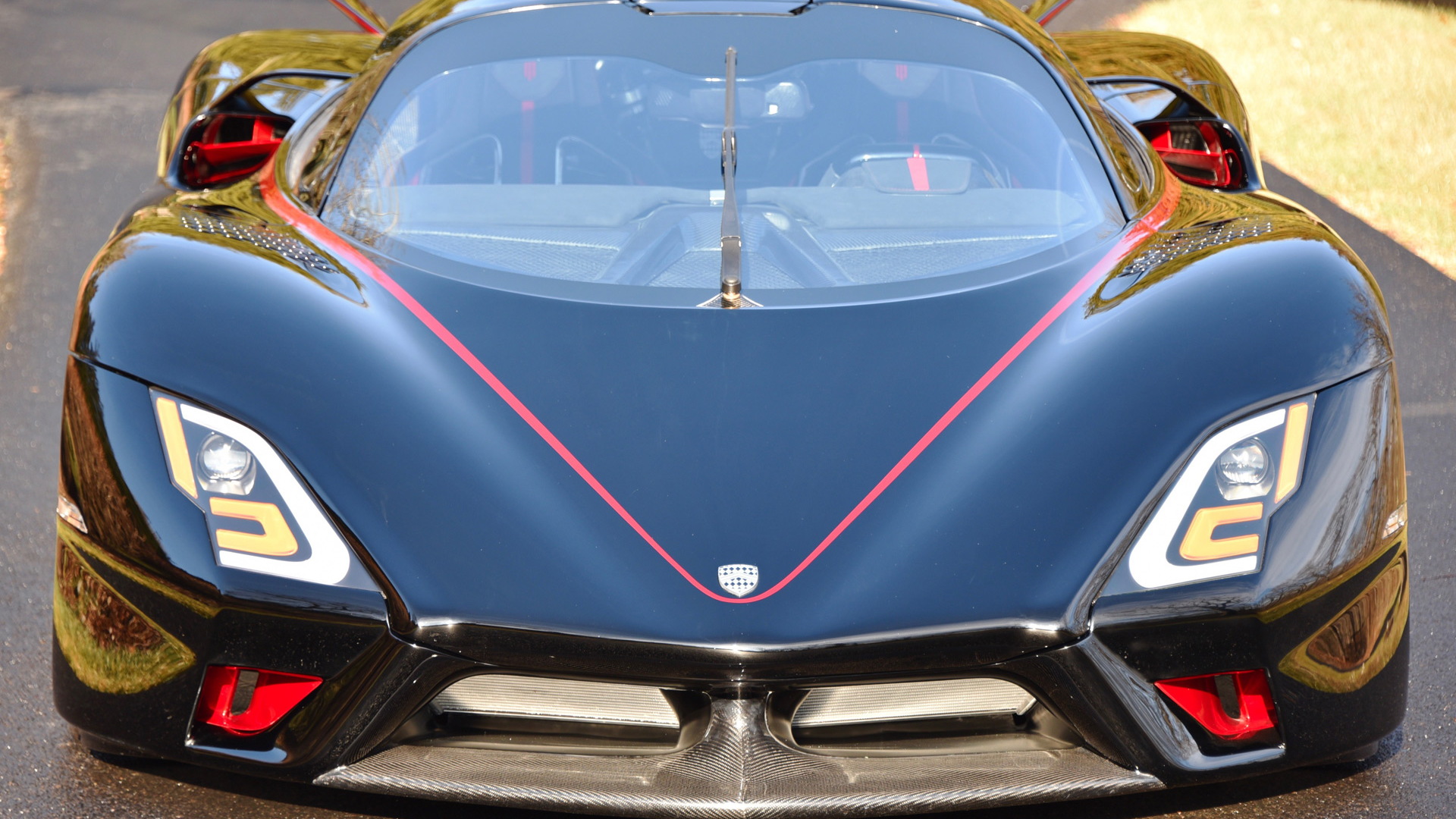 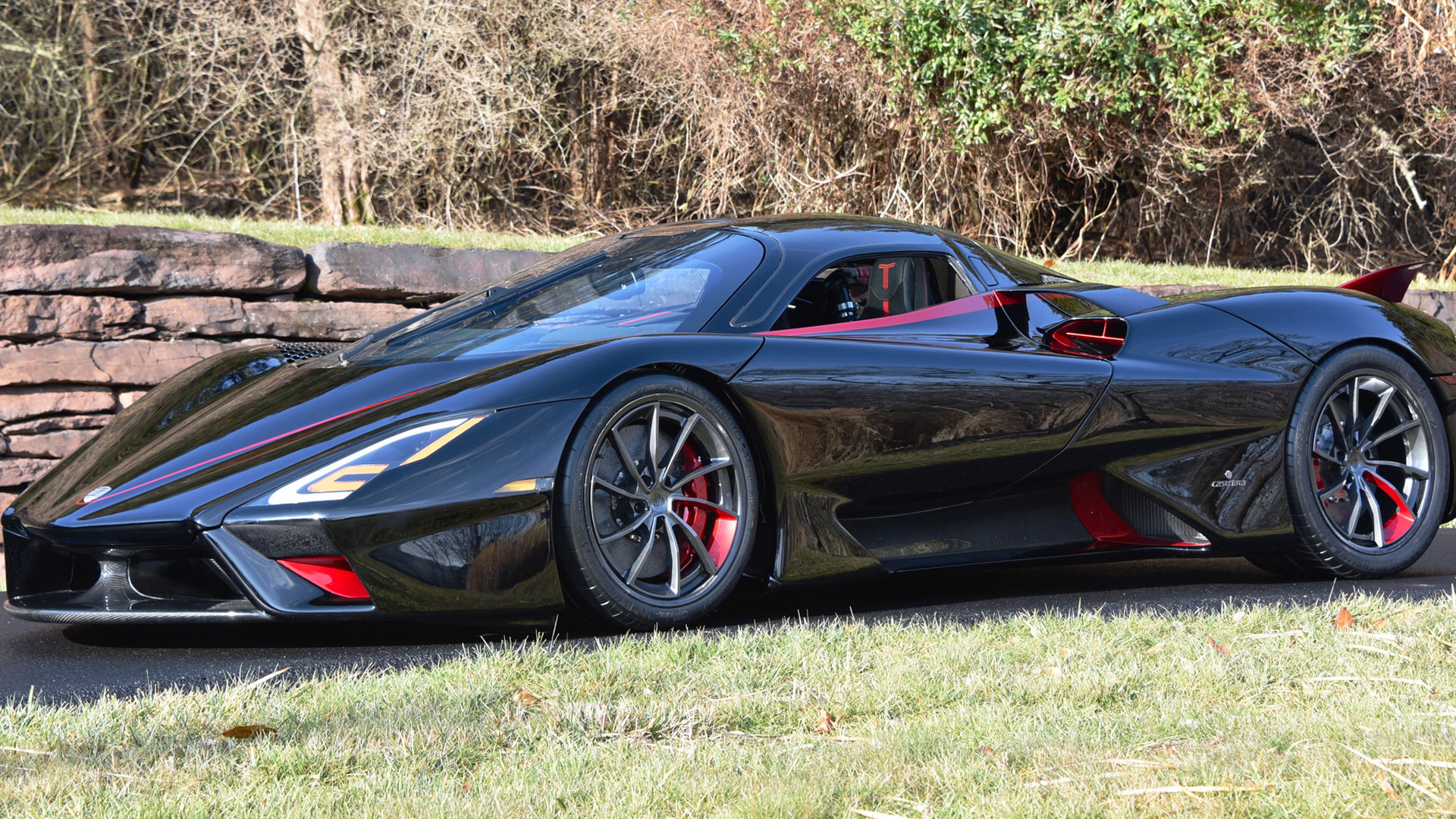 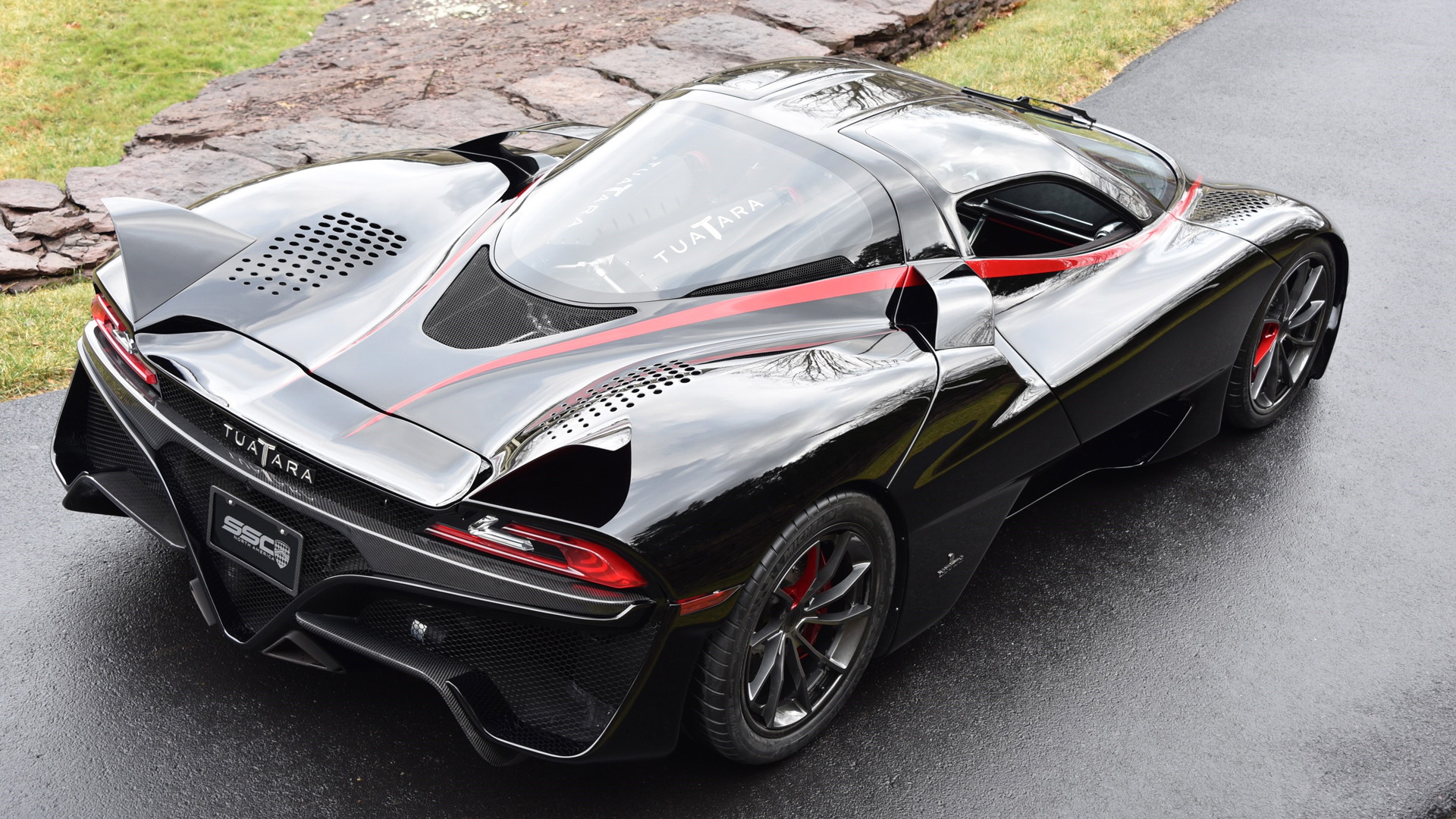 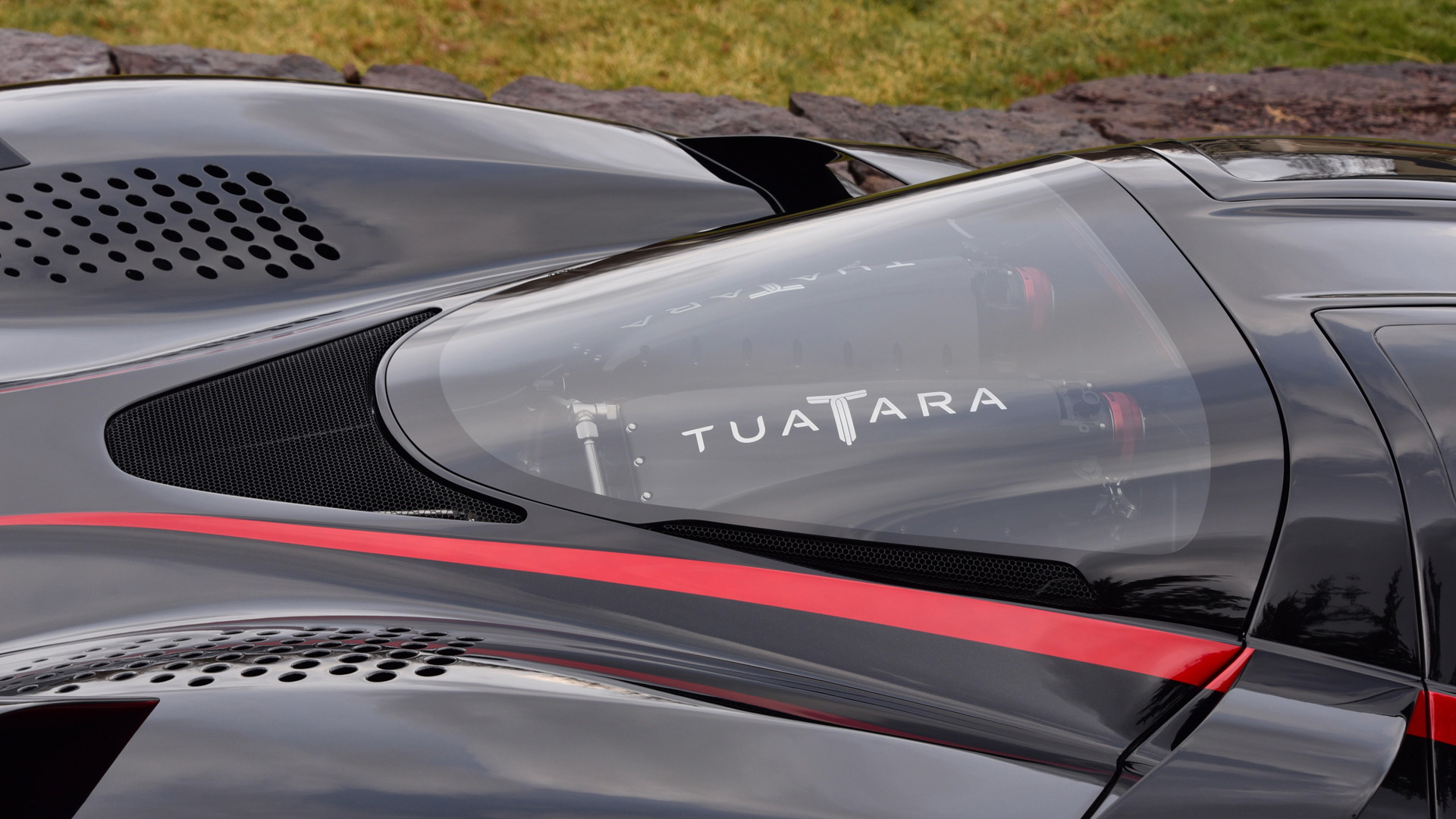 Almost a decade after we first laid eyes on the Tuatara, SSC North America has finally put the hypercar into production. Just 100 examples will be built in total and the first was revealed on Friday at the Philadelphia Auto Show.

The car was actually delivered to its owner, Larry Caplin of Philadelphia, Pennsylvania, during 2019 Monterey Car Week, and he's kept his new toy a secret for half a year. Caplin has kept the car out of the spotlight, primarily because he wanted the debut to take place at the Philadelphia Auto Show as part of a tie-in with his charity organization, CF Charities.

Inside, there's exposed carbon fiber, a digital instrument cluster with a 300-mph speedometer, and a touchscreen-based interface to control the infotainment system and the vehicle's drive mode selector. There's also plenty of space for two, which isn't normally the case with mid-engine cars, as SSC promises that a person as tall as 6 feet 5 inches will comfortably fit, even when wearing a helmet.

Powering the Tuatara is a bespoke SSC-developed 5.9-liter twin-turbo V-8 that whips up 1,350 horsepower on pump gas and 1,750 hp on E85 as it approaches its 8,800 rpm redline. A 7-speed automated manual transmission, which can shift in less than 100 milliseconds, from Italy's CIMA sends the power to the rear wheels. The Tuatara weighs only 2,750 pounds dry.

Production of the Tuatara is handled at SSC's facility in Richland, Washington. SSC handles most of the work in-house, including construction of the car's carbon fiber monocoque chassis and body. The aerodynamic shape of the car, penned by famed designer Jason Castriota, has a coefficient of drag rating of just 0.279, which is among the lowest of any high-performance car in production today.

That's important as SSC plans to challenge Bugatti's world production-car speed record. In 2018, SSC CEO Jerod Shelby said the Tuatara is the only car with a "legitimate shot" at 300 mph.

Shelby was wrong. Bugatti was the first automaker to break the 300-mph barrier with the Chiron Super Sport 300+ in 2019. The speed to beat is now 304.773 mph, and Hennessey Performance Engineering's already aiming higher at 311 mph with the Venom F5. Another contender is Koenigsegg which is thought to be readying a high-speed version of its Jesko. The battle for top speed supremacy is well and truly on.