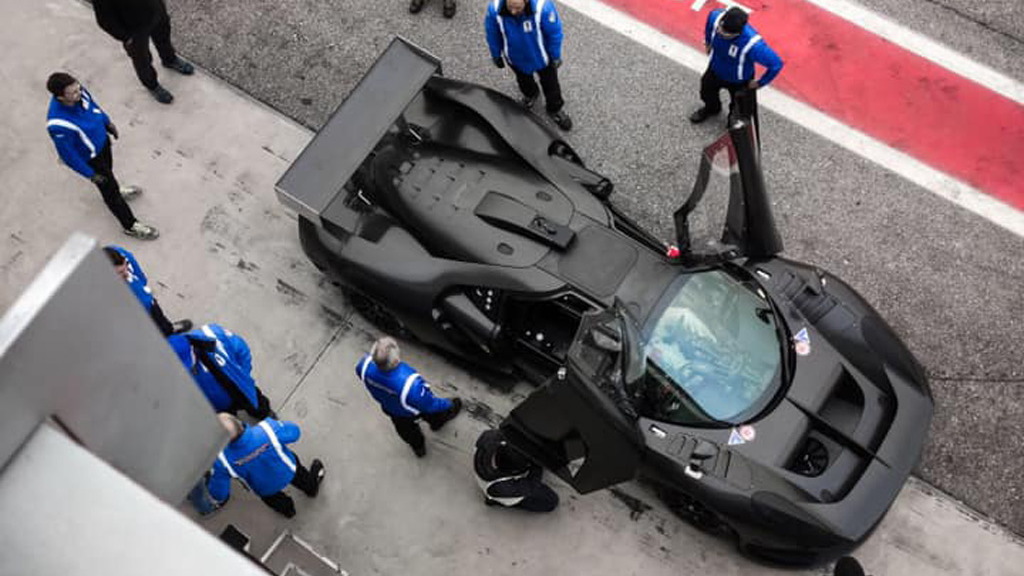 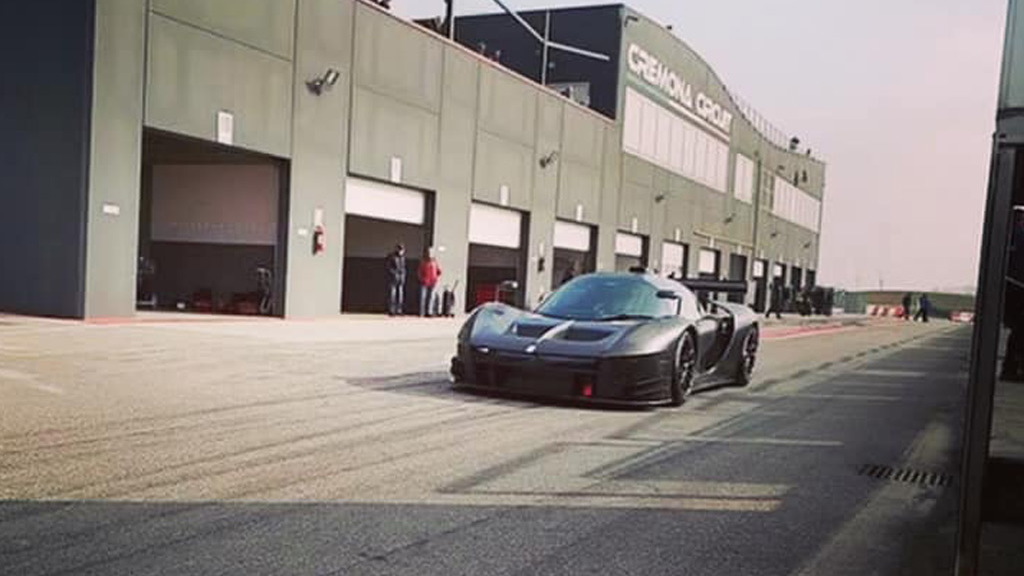 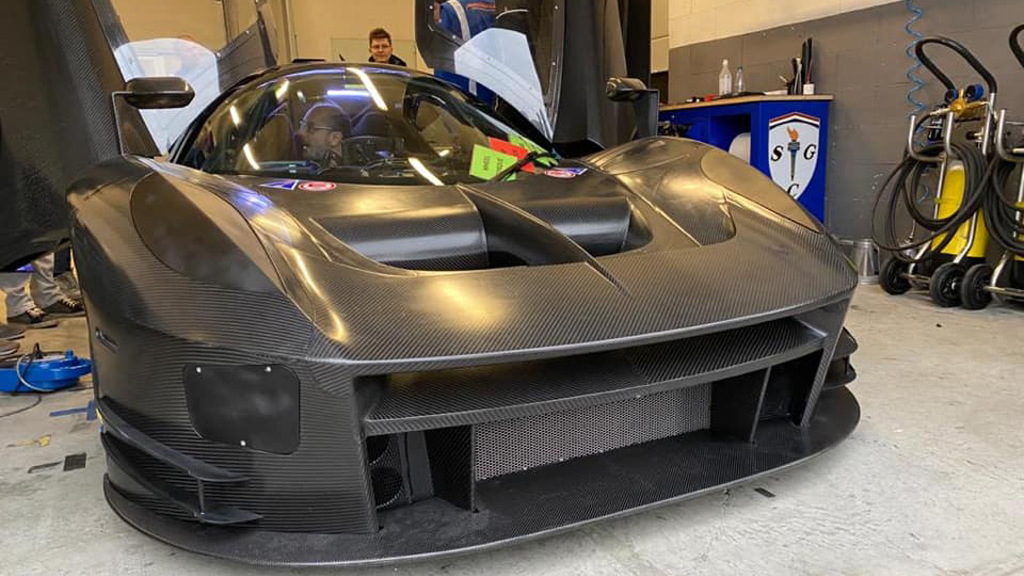 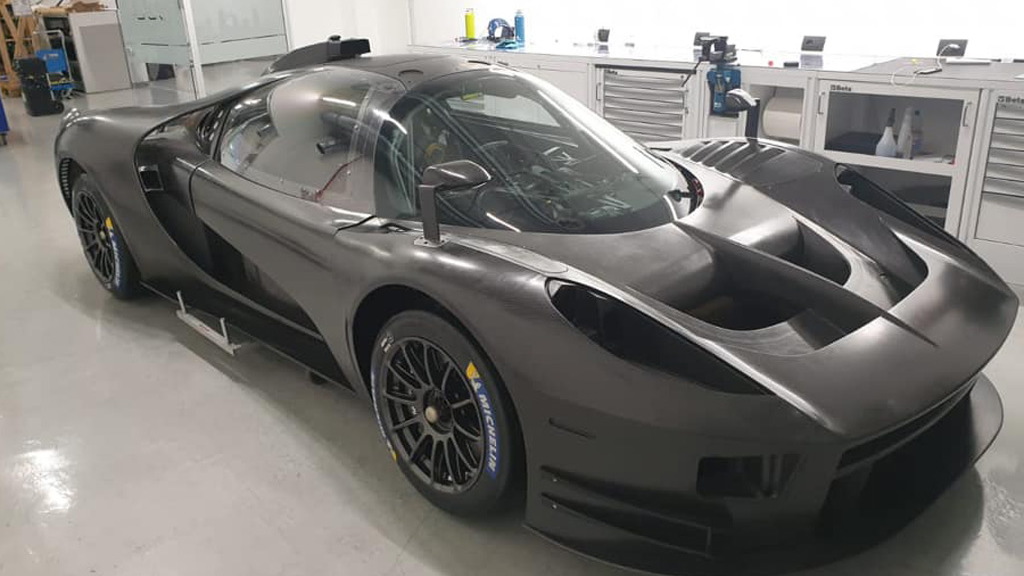 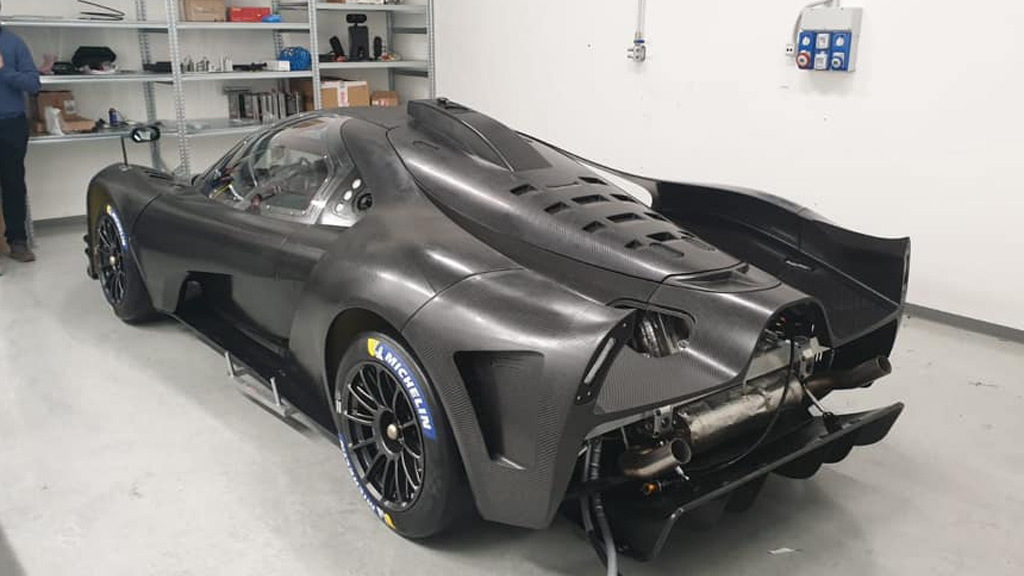 It's only been seen in computer-generated images thus far, but now the 004 supercar from America's Scuderia Cameron Glickenhaus has been revealed in the metal and carbon fiber.

The version shown is the 004C race car which on Tuesday completed its initial shakedown test at the Cremona Circuit in San Martino del Lago, Italy.

There will also be an 004S road car and 004CS track-focused car. The latter is a special version that can swap between road and race configurations. That means it can be driven on the road but with a few simple modifications can become a homologated race car.

All three have been designed with a carbon fiber monocoque, mid-mounting for the engine, and a carbon fiber body. They also will all come with a McLaren F1-style central driving position.

Right now the 004C meets the specifications of the SPX class required for the 24 Hours of Nürburgring, which this year runs the weekend starting May 23, though the car will ultimately be developed to meet GT3 specifications. GTE and GT4 versions will also be developed should there be sufficient interest.

Power in the 004C comes from a naturally aspirated V-8 developed by Italy's Autotechnica Motori. The engine is related to the LT4 6.2-liter supercharged V-8 fitted to the C7 Chevrolet Corvette Z06, which was picked for the basis due to its relatively small size and low center of gravity.

Meanwhile, another Italian firm, Podium Advanced Technologies, helped engineer the rest of the car. The same company is helping SCG with its Glickenhaus 007 Le Mans Hypercar program as well.

As for the 004S, it will come with a supercharged V-8 good for about 680 hp. It will go into production soon, with 2020's allocation already filled and 2021's filling up fast. Production will be handled at the former Highcroft Racing facility in Danbury, Connecticut, and SCG has a goal to build 004 supercars at the rate of 100 per year.