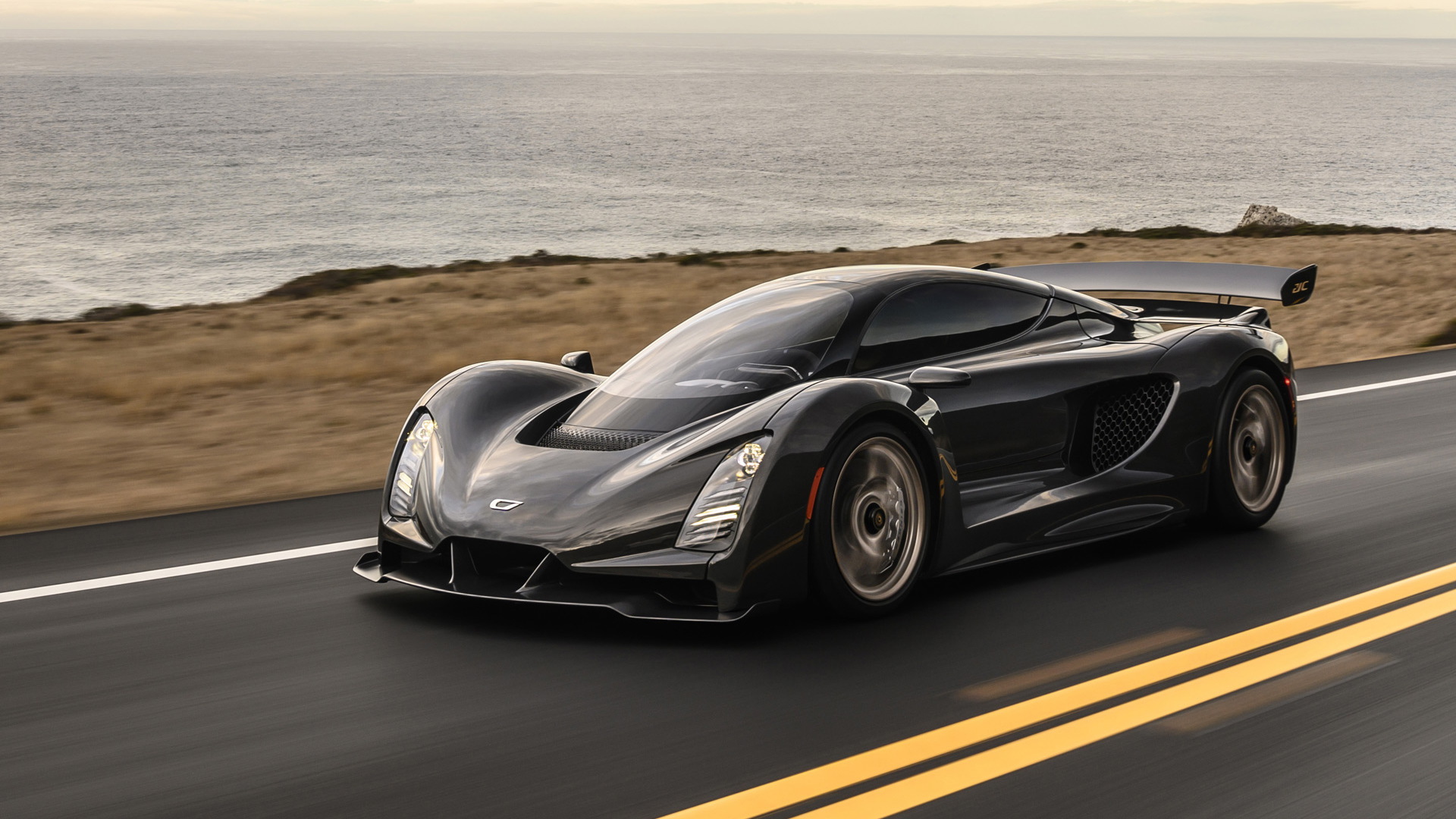 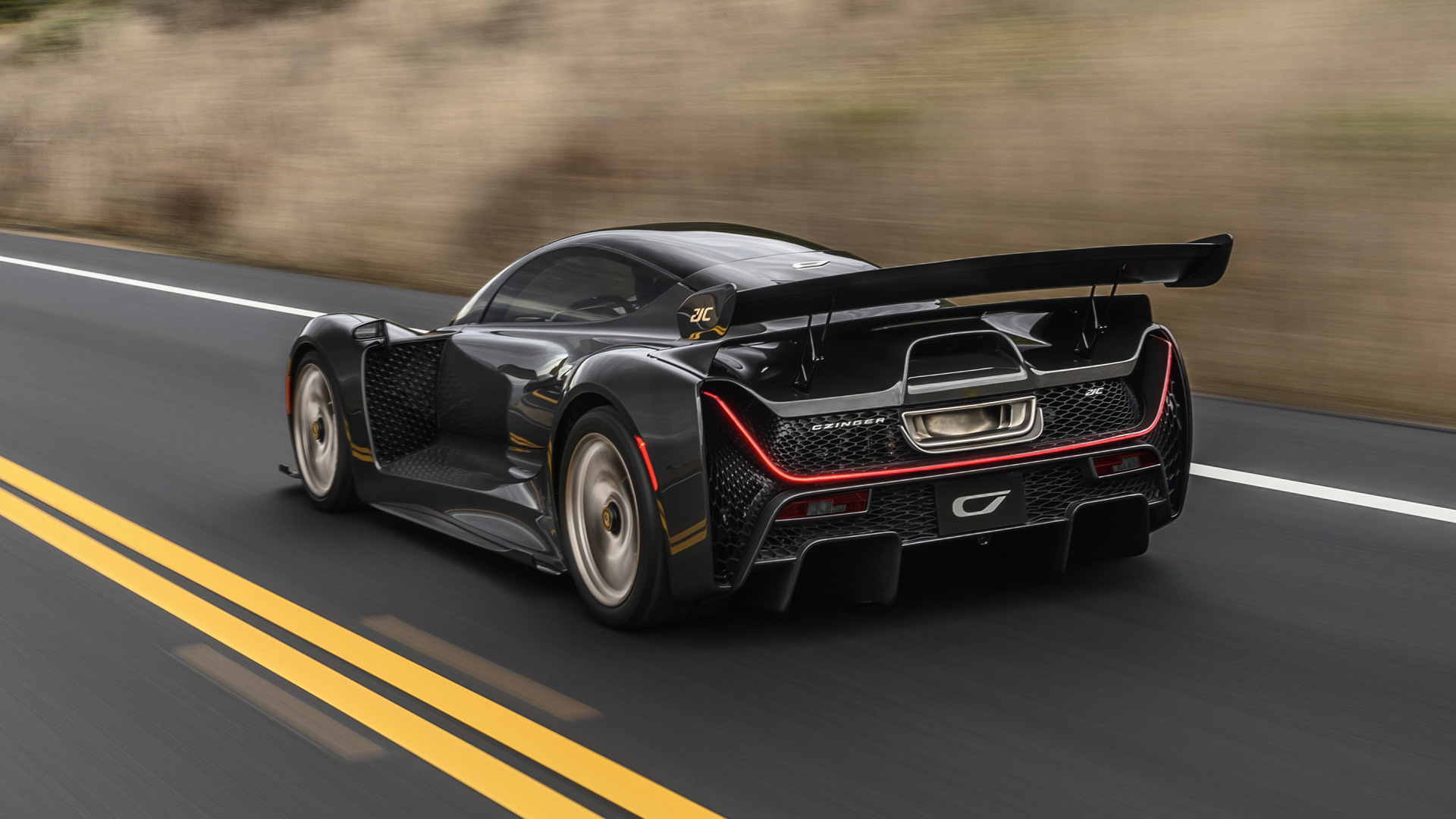 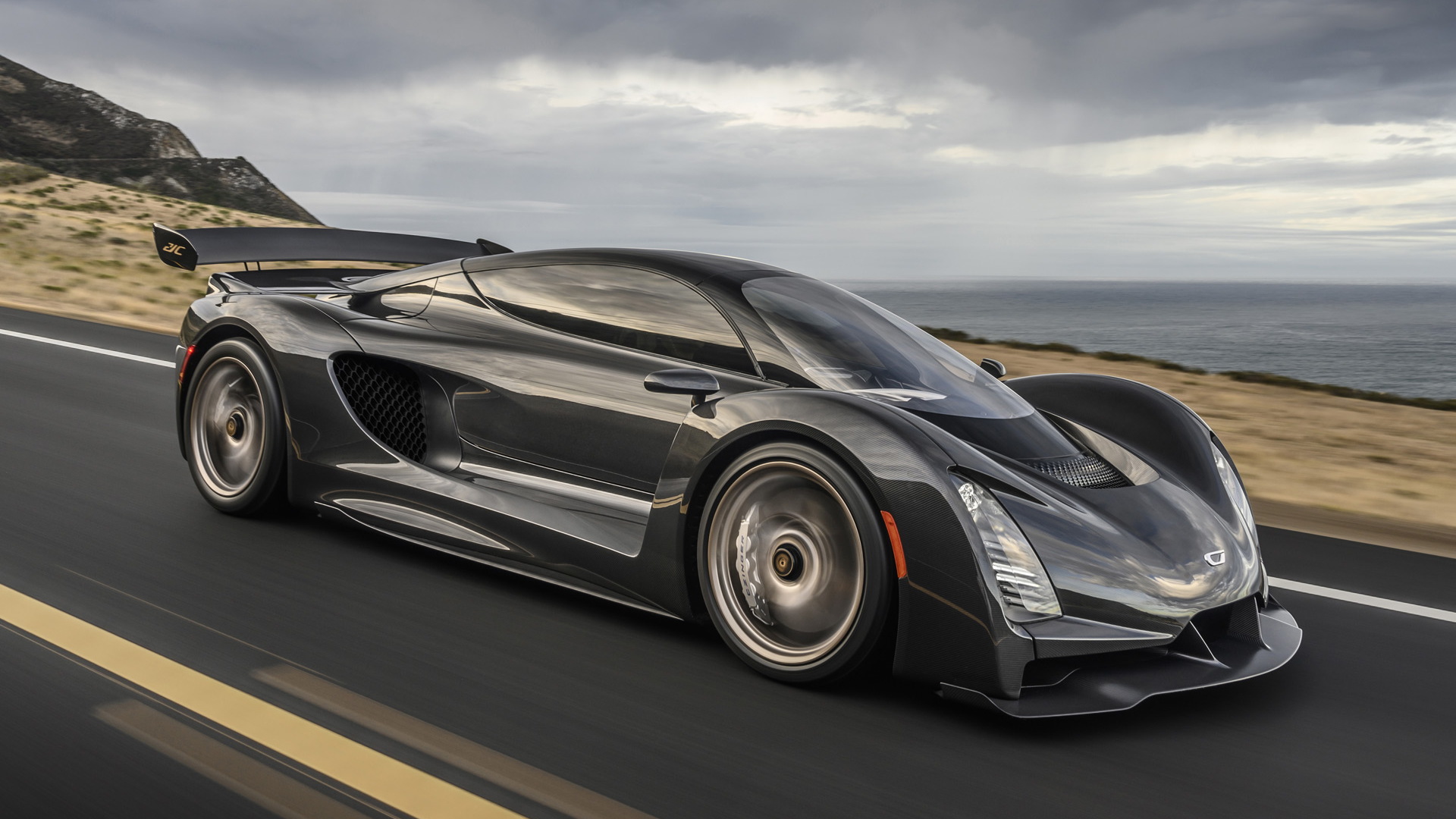 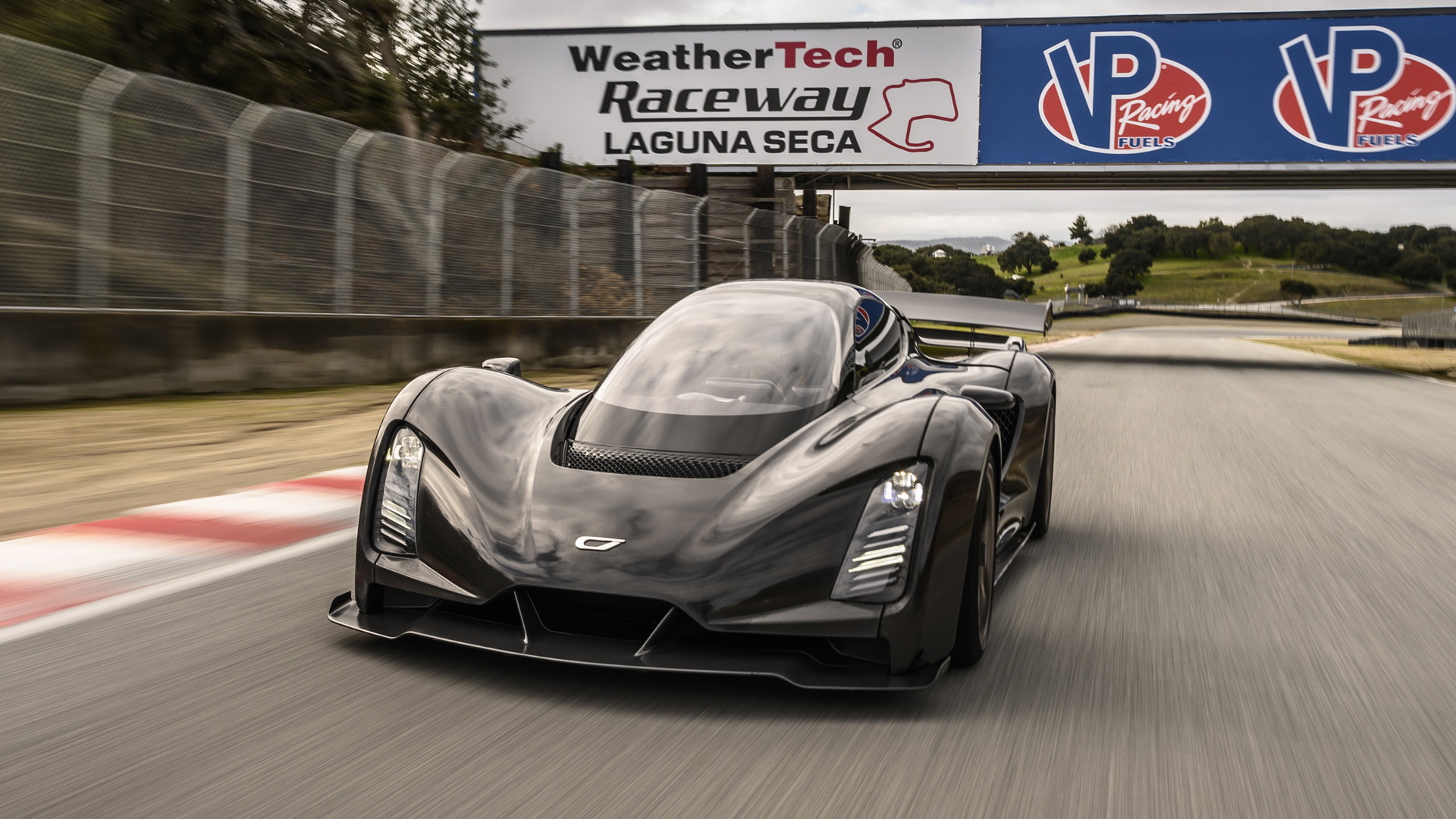 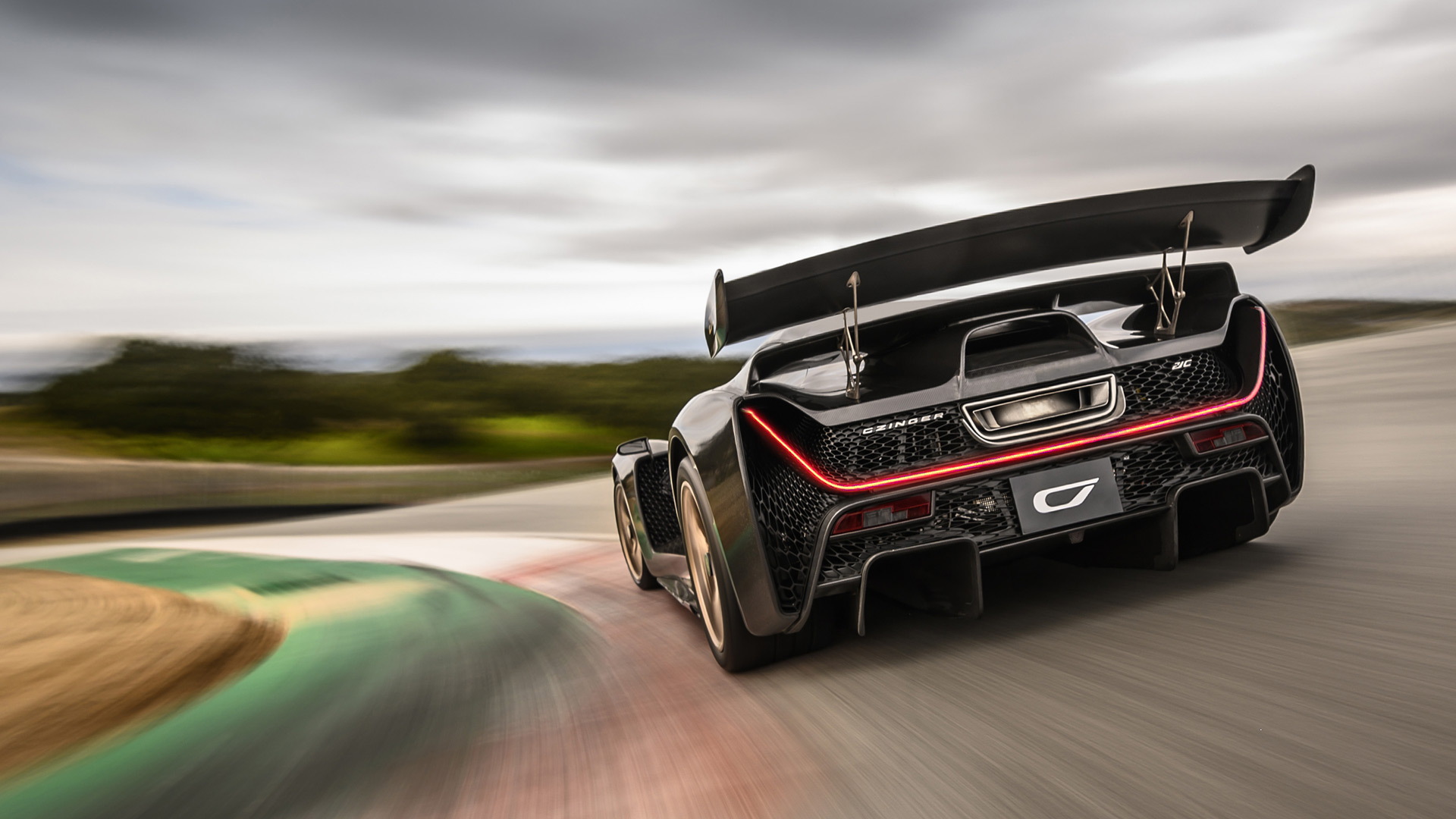 There's a new hypercar contender in town, and its name is Czinger 21C.

The stunning piece of machinery is the creation of Los Angeles-based startup Czinger Vehicles, and it was revealed Friday ahead of a world debut on March 3 at the Geneva International Motor Show.

Czinger may be new but the people behind it have been developing the technology in the 21C for a long time. Czinger CEO and founder Kevin Czinger in 2015 unveiled a vehicle called the Divergent Blade that served as a proof of concept for a new type of construction where 3D-printed components are fused together using a patented process and reinforced with carbon fiber elements to form a strong yet very light structure.

The technology has now been used for the 21C, with the car's curb weight coming in at only 2,755 pounds. But the similarities between the 21C and earlier Blade don't end there. Also common between the two cars is tandem-style seating for two, where the passenger sits directly behind the driver. This enabled Czinger to add a McLaren F1-style central driving position and as a result keep the body very narrow.

Power in the 21C comes from an in-house developed hybrid powertrain that sends a combined 1,233 horsepower to all four wheels. The powertrain consists of a bespoke 2.88-liter twin-turbocharged V-8 boasting a flat-plane crank, as well as three electric motors. Two electric motors power the front wheels while the V-8 powers the rear pair. A third electric motor acting as a generator is mated to the V-8, sitting between the engine and a 7-speed sequential transmission, and ensures the vehicle's fast-charging lithium-titanate battery is always topped up.

The numbers mentioned are for the standard 21C. Czinger also plans a track-focused version with slightly less weight and a high-downforce package. While the track version will be able to generate 1,741 pounds of downforce at 155 mph, its top speed will be a lower 236 mph.

Czinger has priced the 21C from $1.7 million and only 80 examples will be built.

Czinger will present both the standard 21C and track-focused version at the upcoming Geneva debut. For more from the Swiss show, head to our dedicated hub.