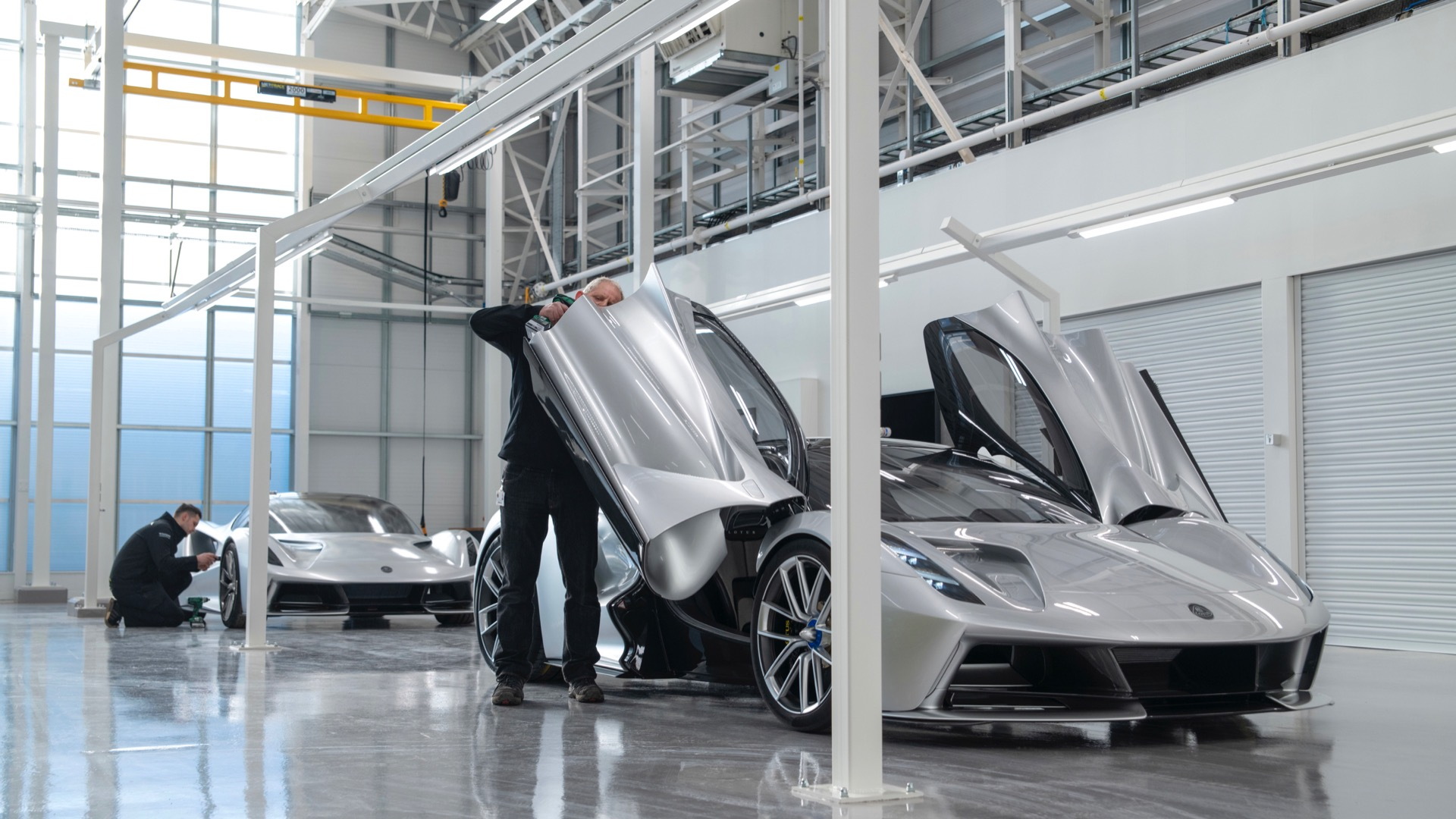 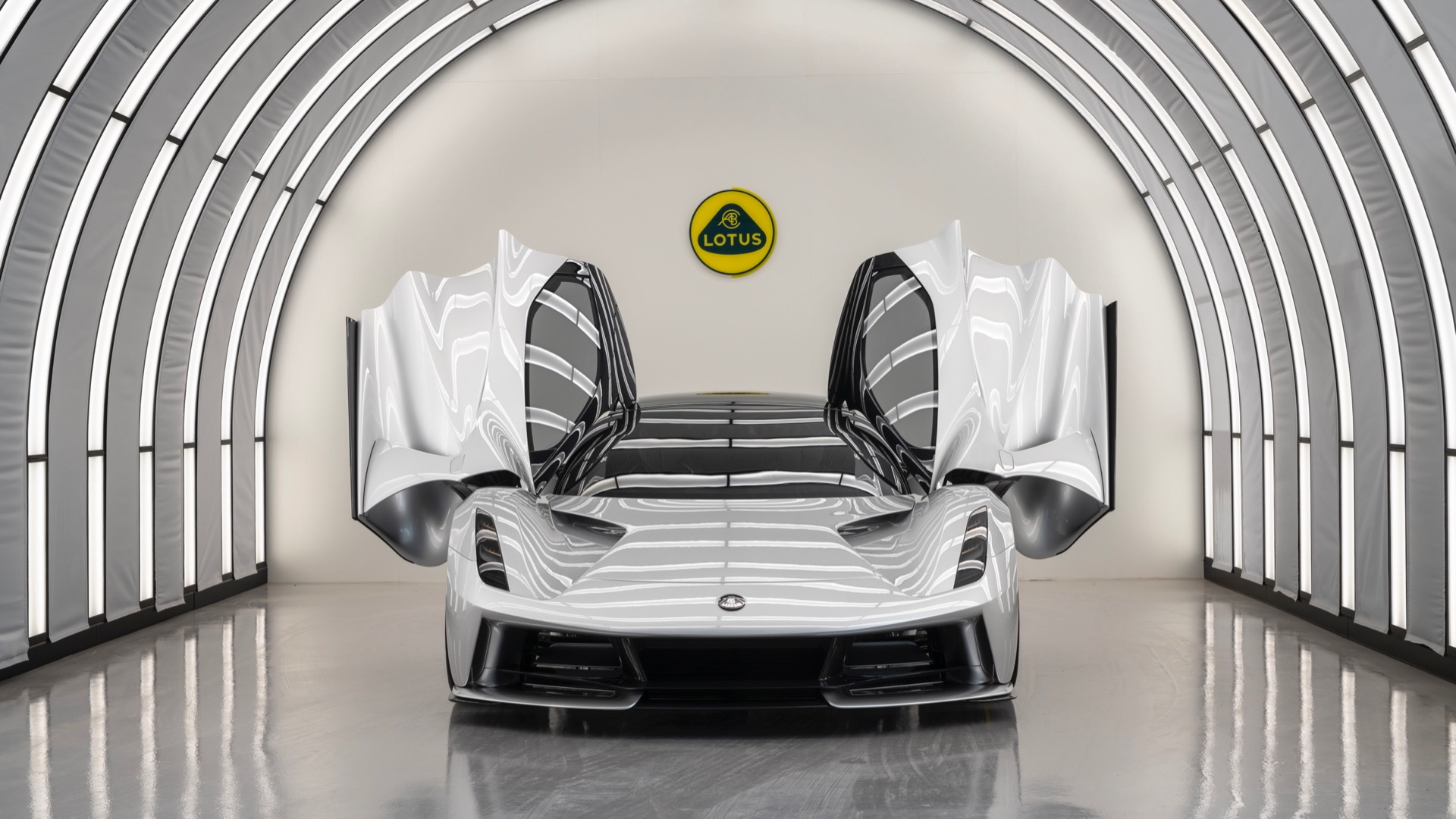 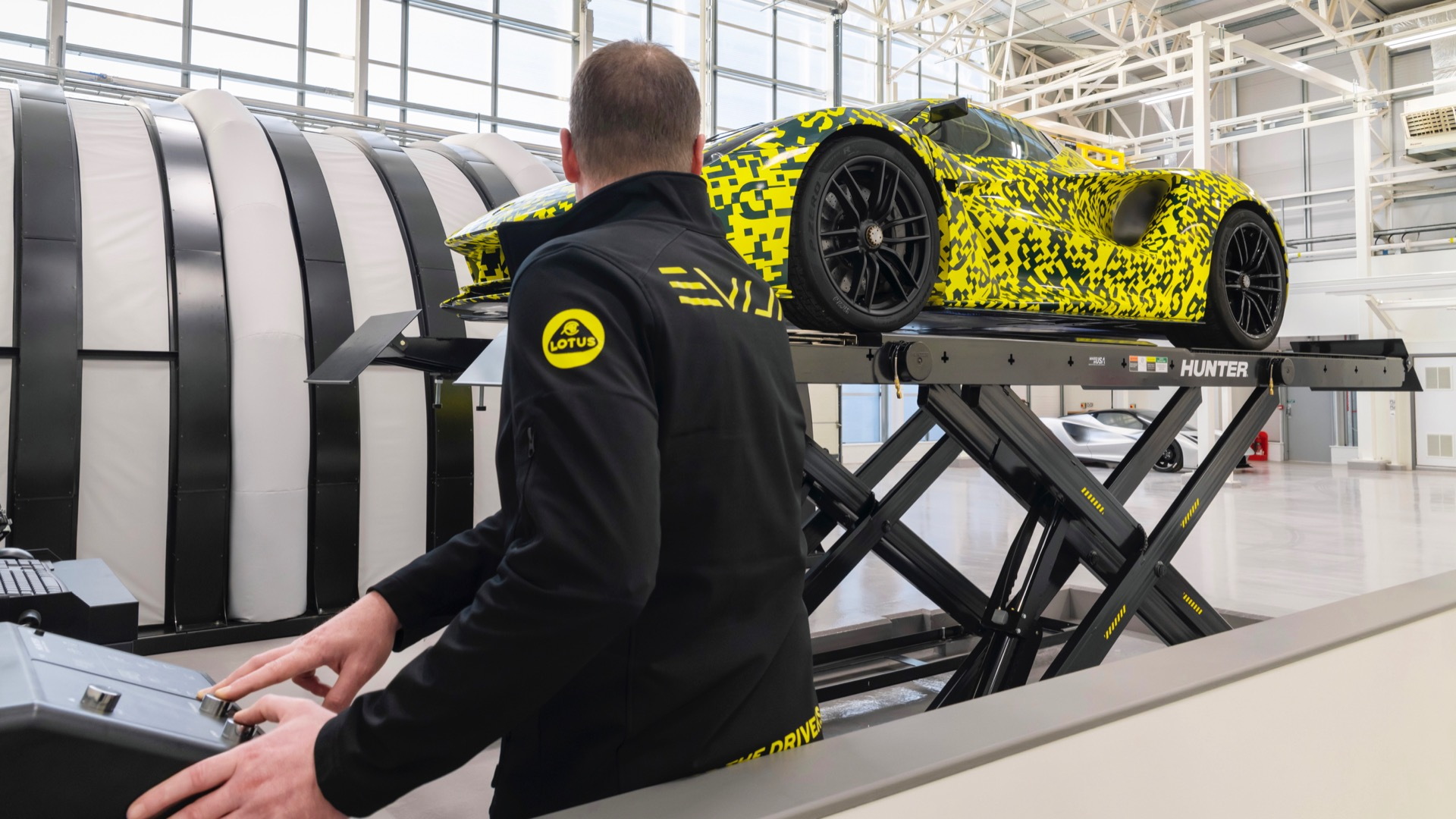 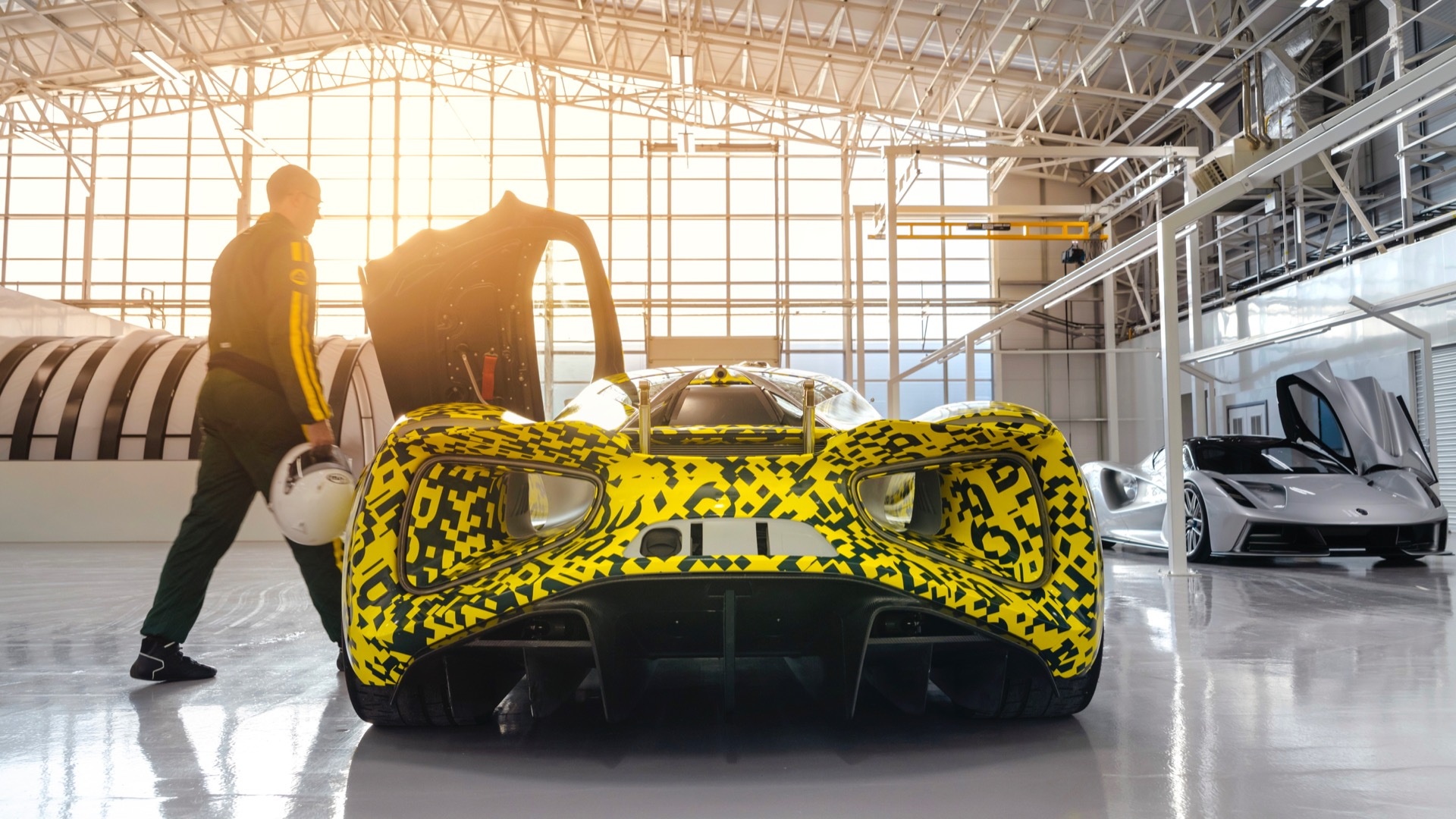 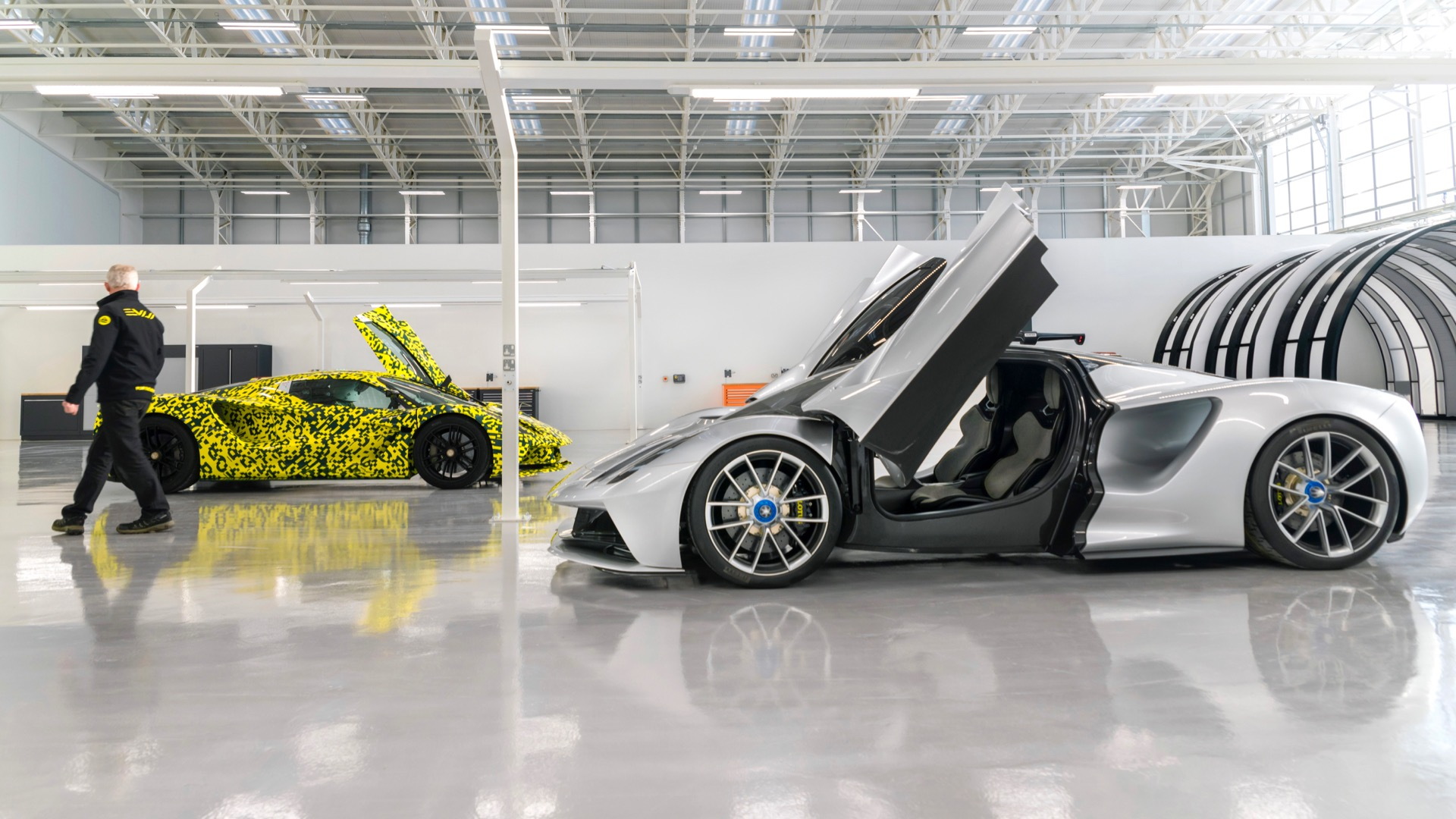 The Lotus Evija electric hypercar is a step closer to reality. Lotus has set up a manufacturing facility for the car at its home base in Hethel, United Kingdom.

The facility is currently building prototype cars, but series production and the first customer deliveries will begin this summer, Lotus said.

Completed cars will roll through a light tunnel for visual inspection, followed by a run on the adjacent Lotus test track.

The Evija is Lotus' first production electric car, but the company isn't taking things slowly. Four electric motors generate a combined 1,973 horsepower and 1,254 pound-feet of torque. That will get the Evija from 0-60 mph in well under 3.0 seconds, 0-186 mph in under 9.0 seconds, and to a top speed somewhere north of 200 mph, according to Lotus.

Lotus is so confident in the Evija that it may aim for the Nürburgring production-car lap record. That means beating the 6:44.97 set by Lamborghini with its Aventador SVJ in 2018.

The Evija boasts carbon fiber construction and racing-inspired suspension with three spool-valve dampers per axle—one at each corner, and an inboard mounted third damper to control heave.The car's exterior styling is largely the result of aerodynamic considerations, including large tunnels that pull air through the rear of the car.

Lotus founder Colin Chapman's famous maxim was "simplify, and add lightness," but that just wasn't possible with the Evija. Even with a carbon fiber monocoque, as well as magnesium wheels, the Evija tips the scales at over 3,700 pounds. Blame the heavy battery pack.

At least that 70-kilowatt-hour pack will afford 225 miles of range on the EPA testing cycle, according to Lotus. The company also claims an 80-percent charge can be done in 12 minutes from a 350-kilowatt DC fast-charging station.

Just 130 units will be built, and the first year's production has already been spoken for.