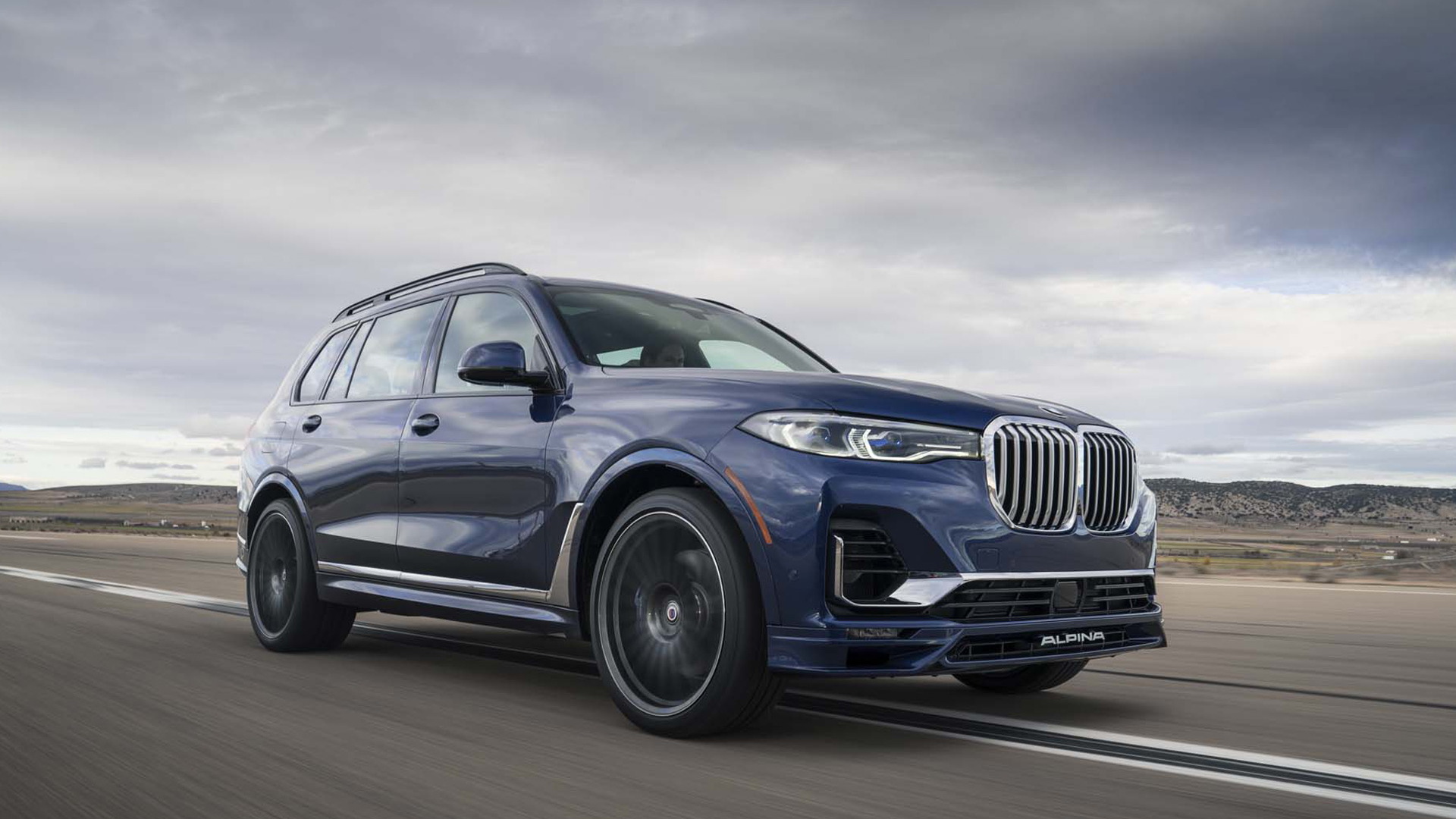 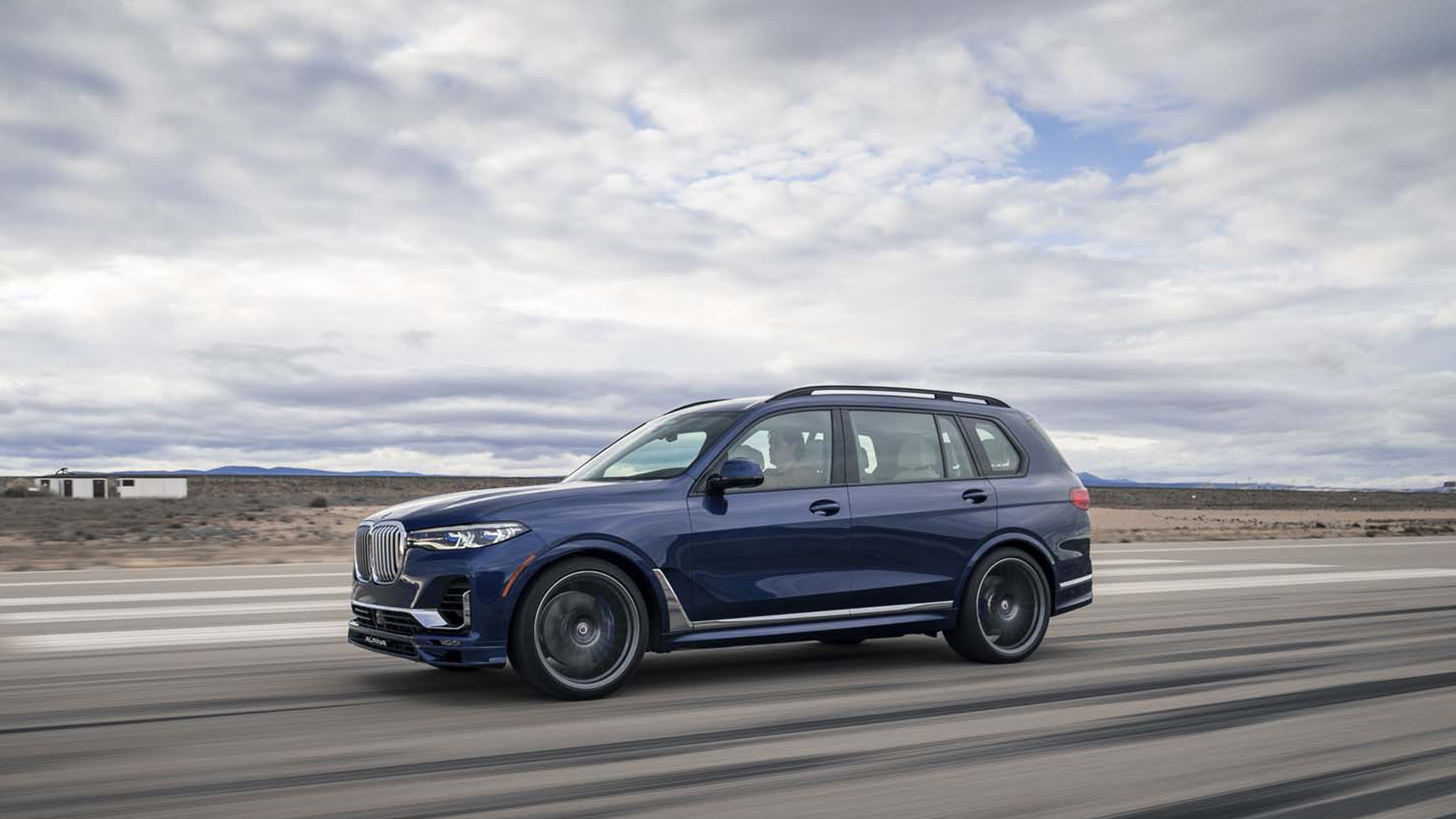 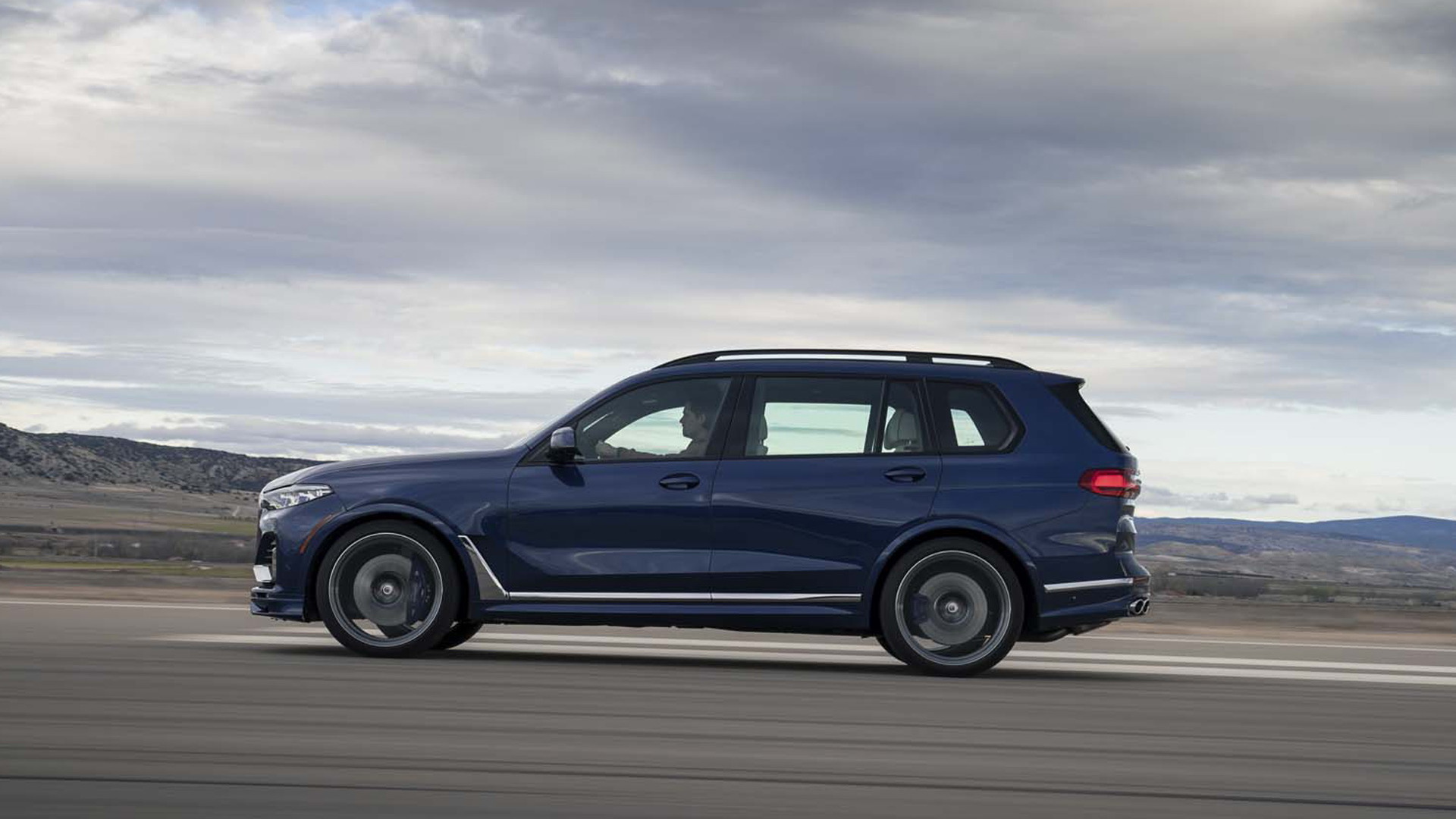 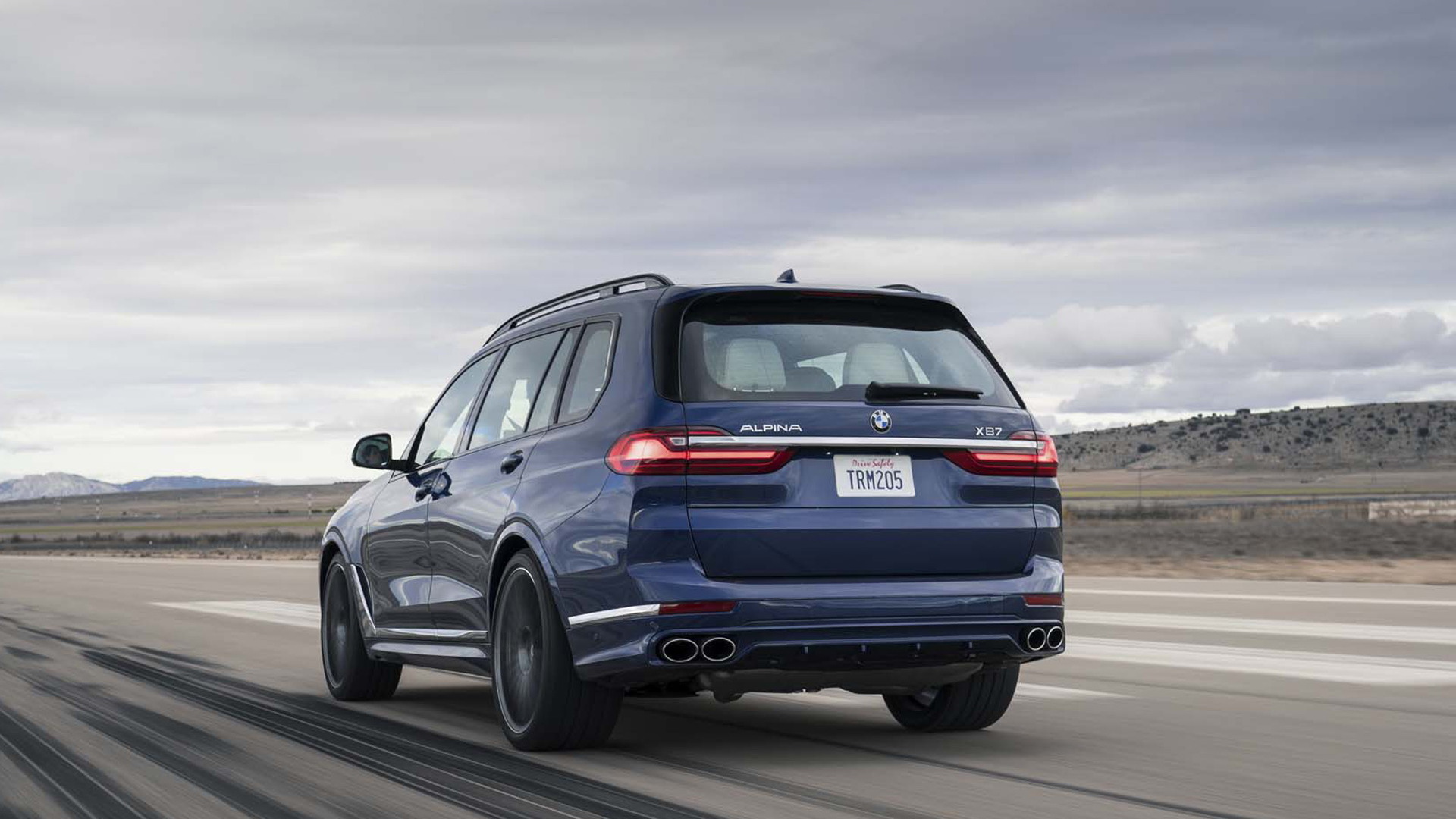 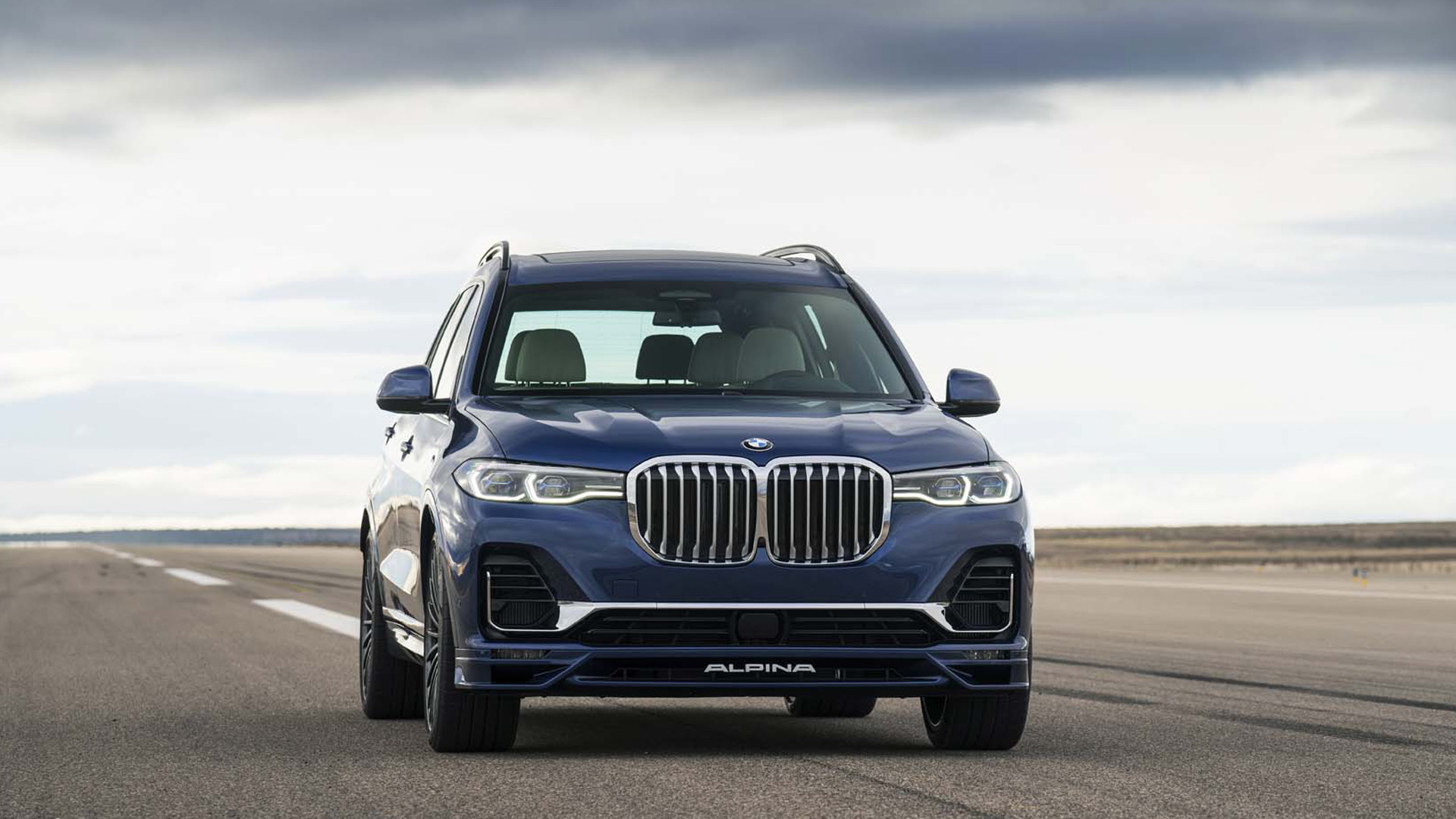 Alpina has entered the full-size SUV segment for the first time by unveiling on Tuesday the new XB7 based on the BMW X7.

Confirmed to start deliveries in the United States this September, the arrival of the XB7 will also mark the first time Alpina offers an SUV in these parts. 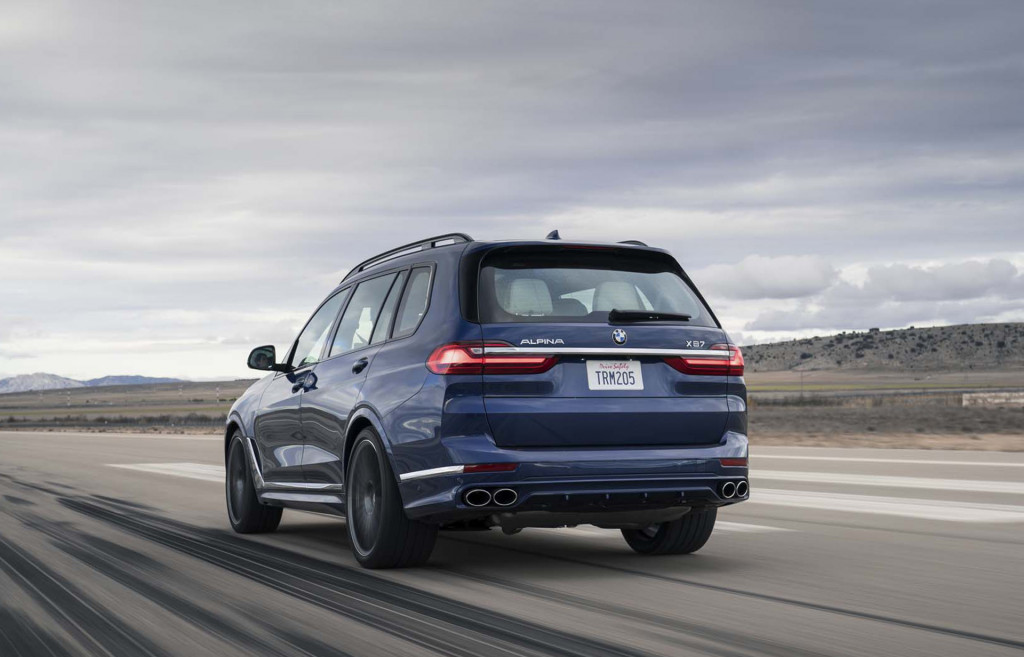 The XB7 is powered by BMW's familiar 4.4-liter twin-turbocharged V-8, with the peak output registering at 612 horsepower and 590 pound-feet of torque. That should provide quite the performance leap over BMW's own X7 M50i which comes with 523 hp and 553 lb-ft. Alpina quotes a 0-60 mph time of 4.0 seconds, a top speed of 180 mph, and a quarter-mile time of 12.6 seconds. Crazy when you think this is a full-size, three-row SUV we're talking about. 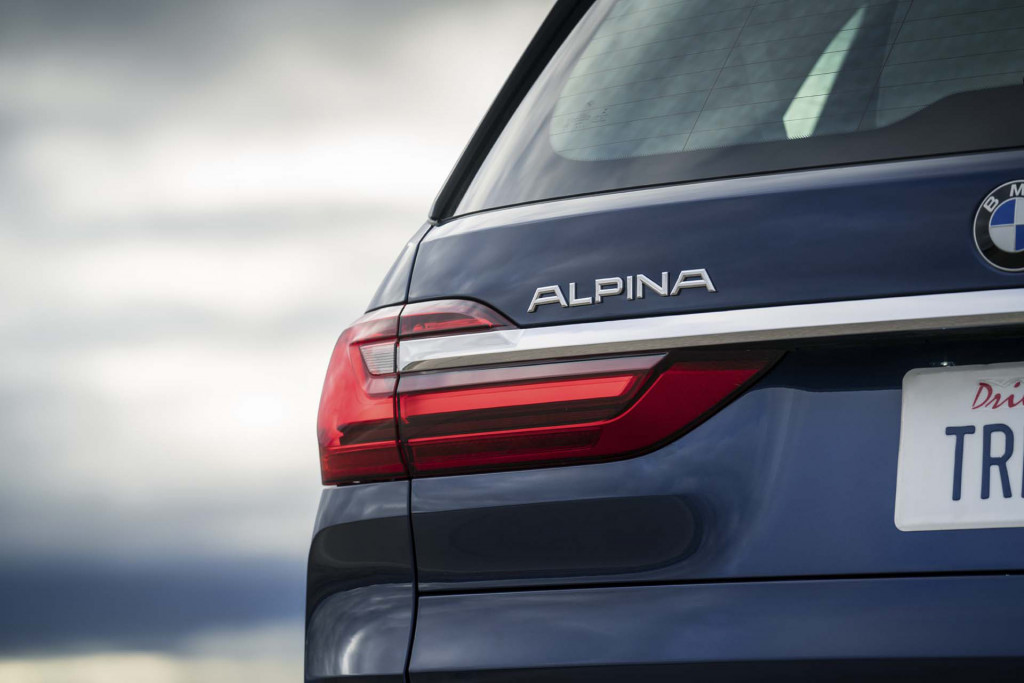 The engine is mated to the same 8-speed automatic transmission used in the X7, albeit with upgrades designed to cope with the extra torque while also providing quicker shifts, and drive is to all four wheels. A limited-slip differential at the rear axle further helps to improve handling at the limit.

Alpina engineers have also worked on the air-suspension system of the X7. The modifications include specific tuning of the dampers, anti-roll bars, and rear bushings, as well as strut reinforcements for increased body rigidity. Depending on the driving situation, the suspension of the XB7 can also raise or lower the vehicle by up to 1.6 inches. 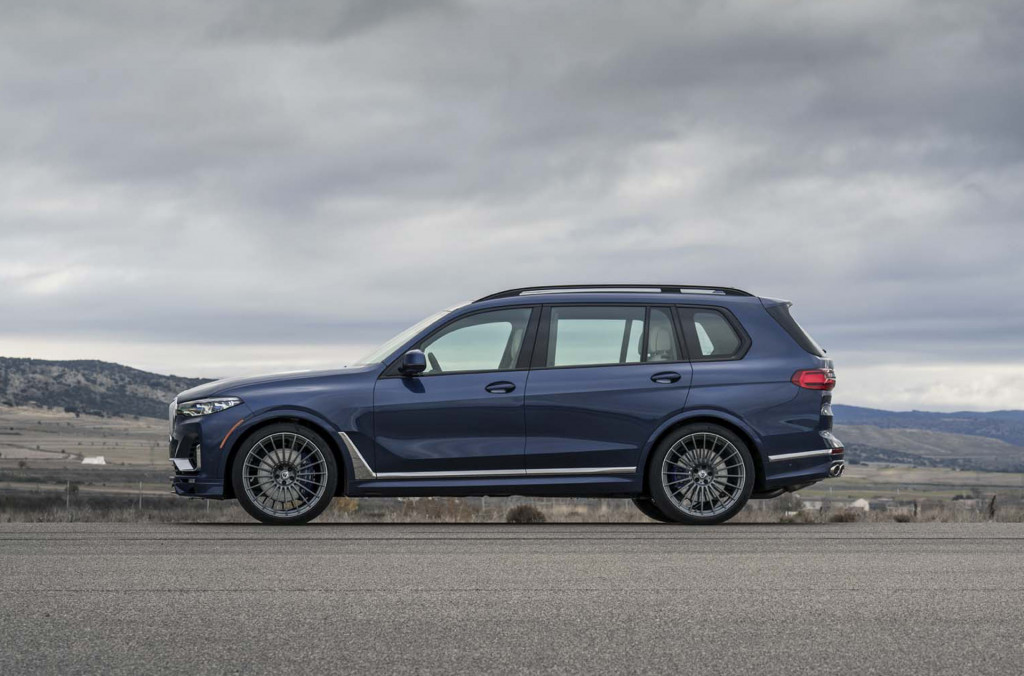 Attached at each hub are 21-inch wheels as standard, but if you want Alpina's classic 20-spoke design you'll need to opt for the available 23-inch wheels. In either case, Pirelli summer performance tires are fitted as standard. Stopping power comes from a Brembo brake package consisting of 15.5-inch rotors up front and 15.7-inch rotors at the rear. The calipers, with a four-piston design, are finished in blue and come with the Alpina logo.

Compared to the regular X7, the XB7 looks the part thanks to signature Alpina cues such as horizontal slats in the front fascia, a full aero kit, and quad-exhaust tips. The unique treatments carry over into the cabin where you'll find a glass accent in the gear shifter, Alpina logos, and an Alpina sport steering wheel. The 12.3-inch digital instrument cluster also displays Alpina logos, as well as screens specific to the XB7. 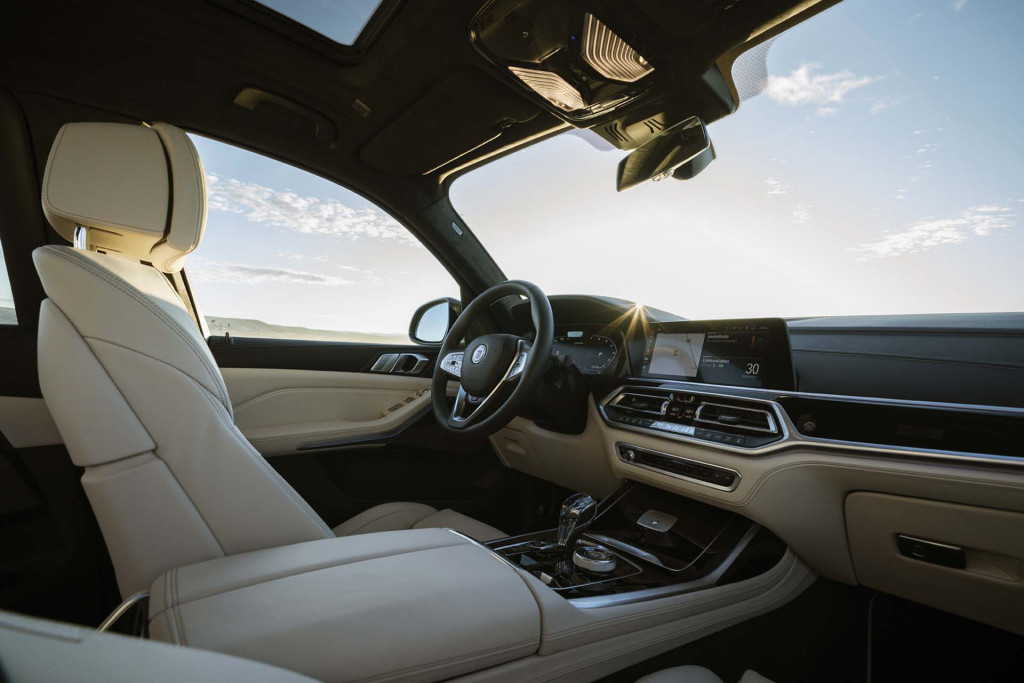 Production of the XB7 will be handled at the same plant in Spartanburg, South Carolina, where the X7 is built.

If it proves popular, Alpina could follow up with a B8 based on the 8-Series Gran Coupe, a model Alpina has said it is considering. The car would essentially fill the void of Alpina's previous B6 Gran Coupe.

For more on the X7, read the in-depth reviews at The Car Connection.