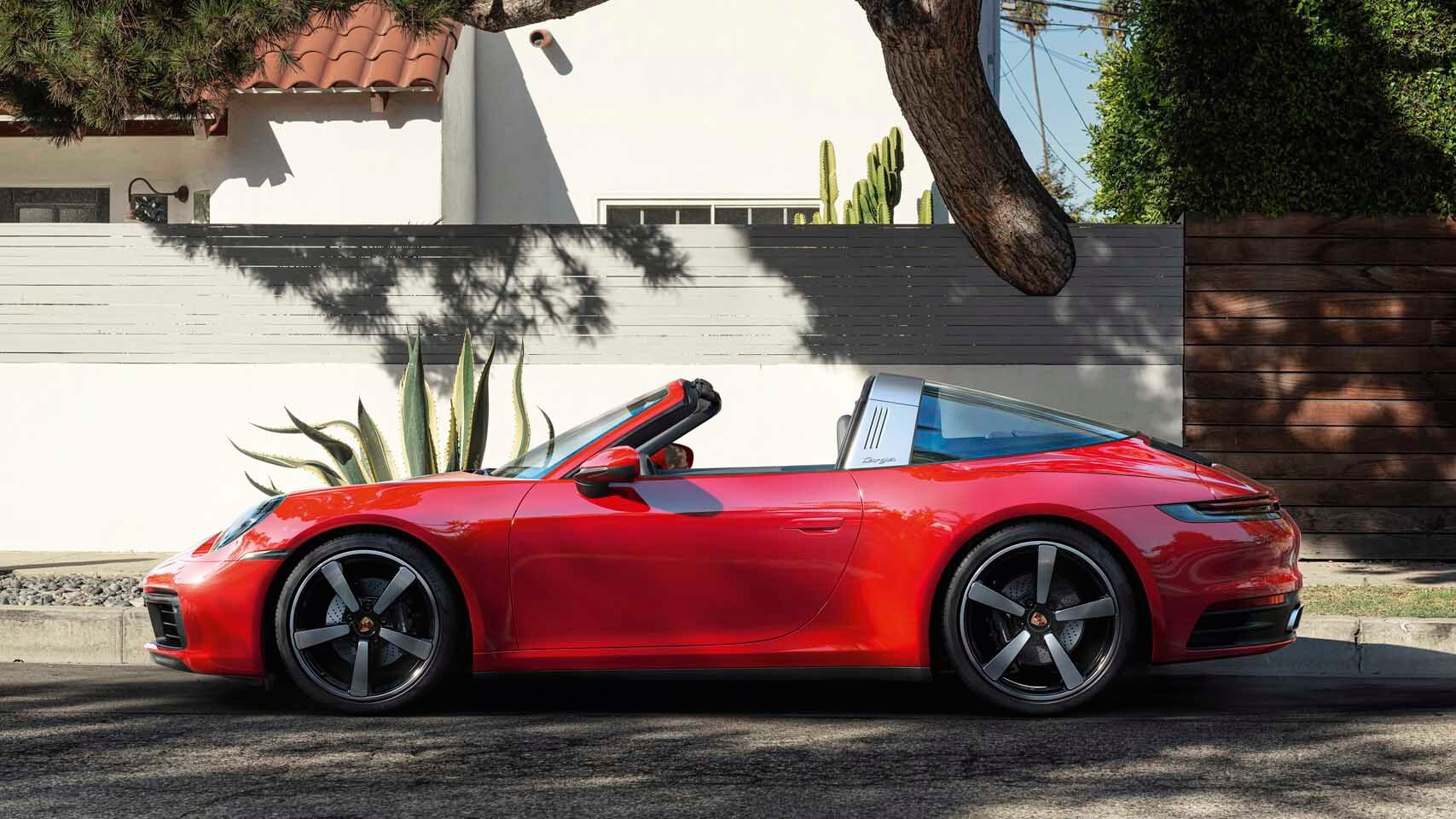 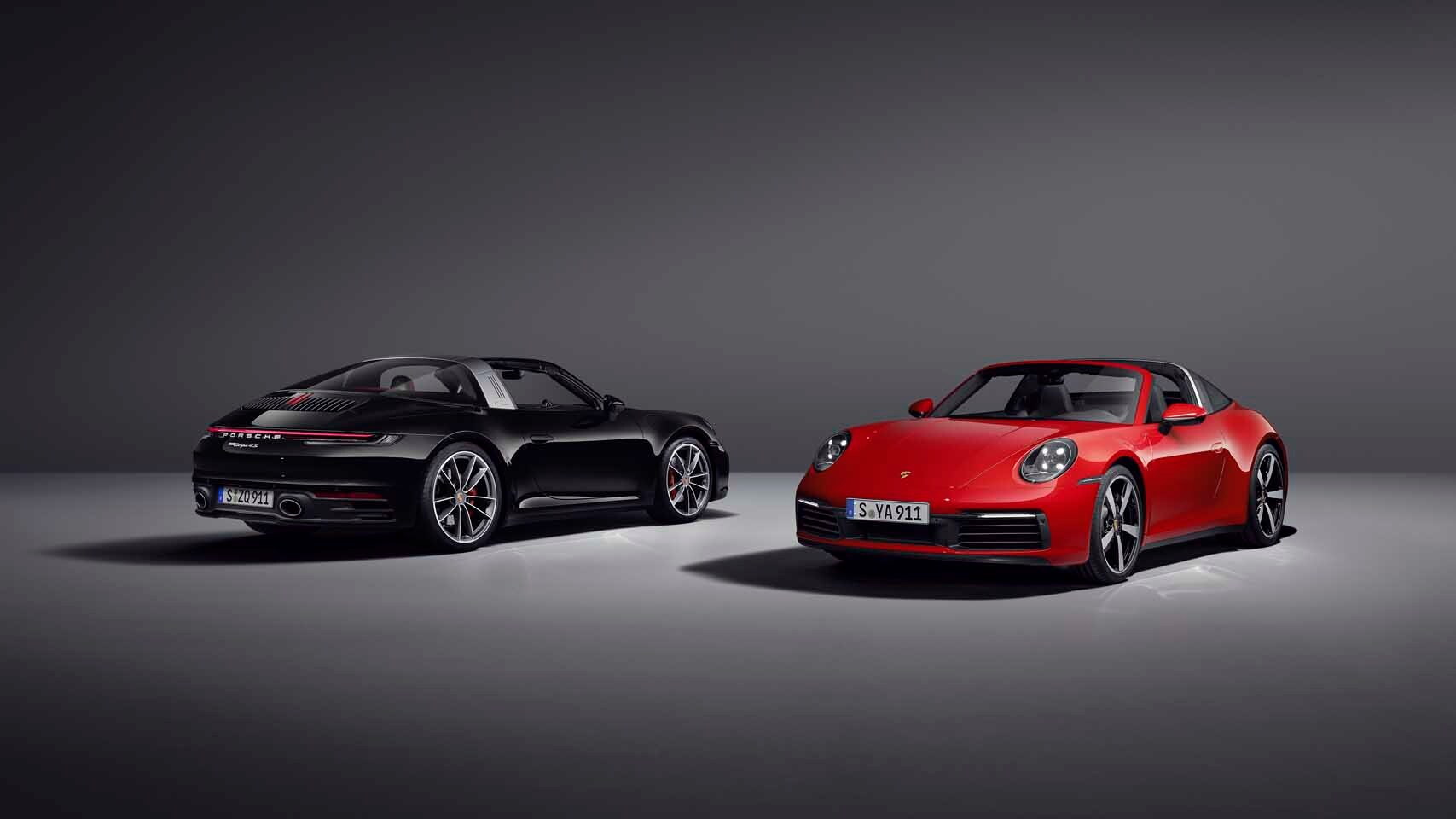 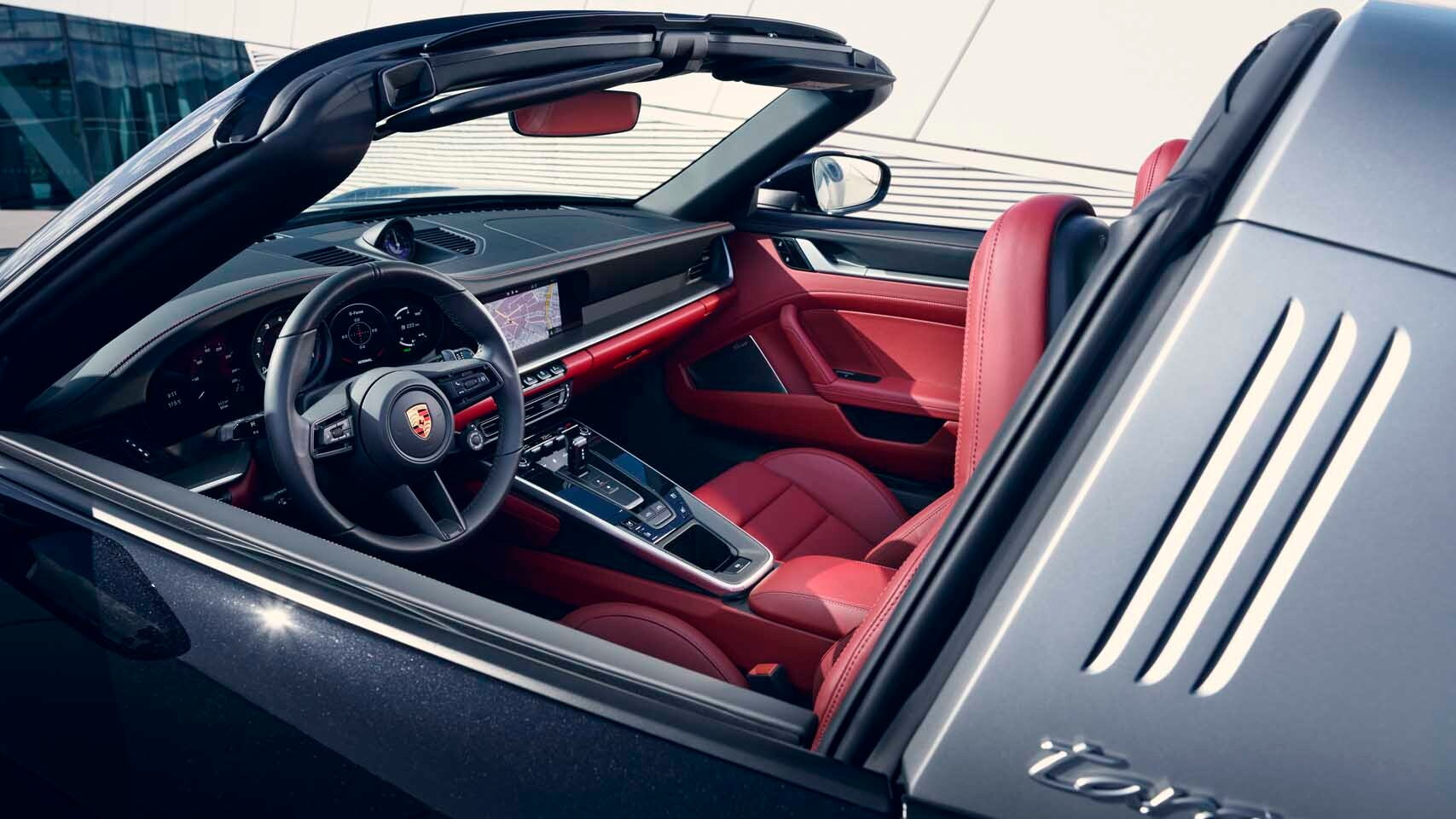 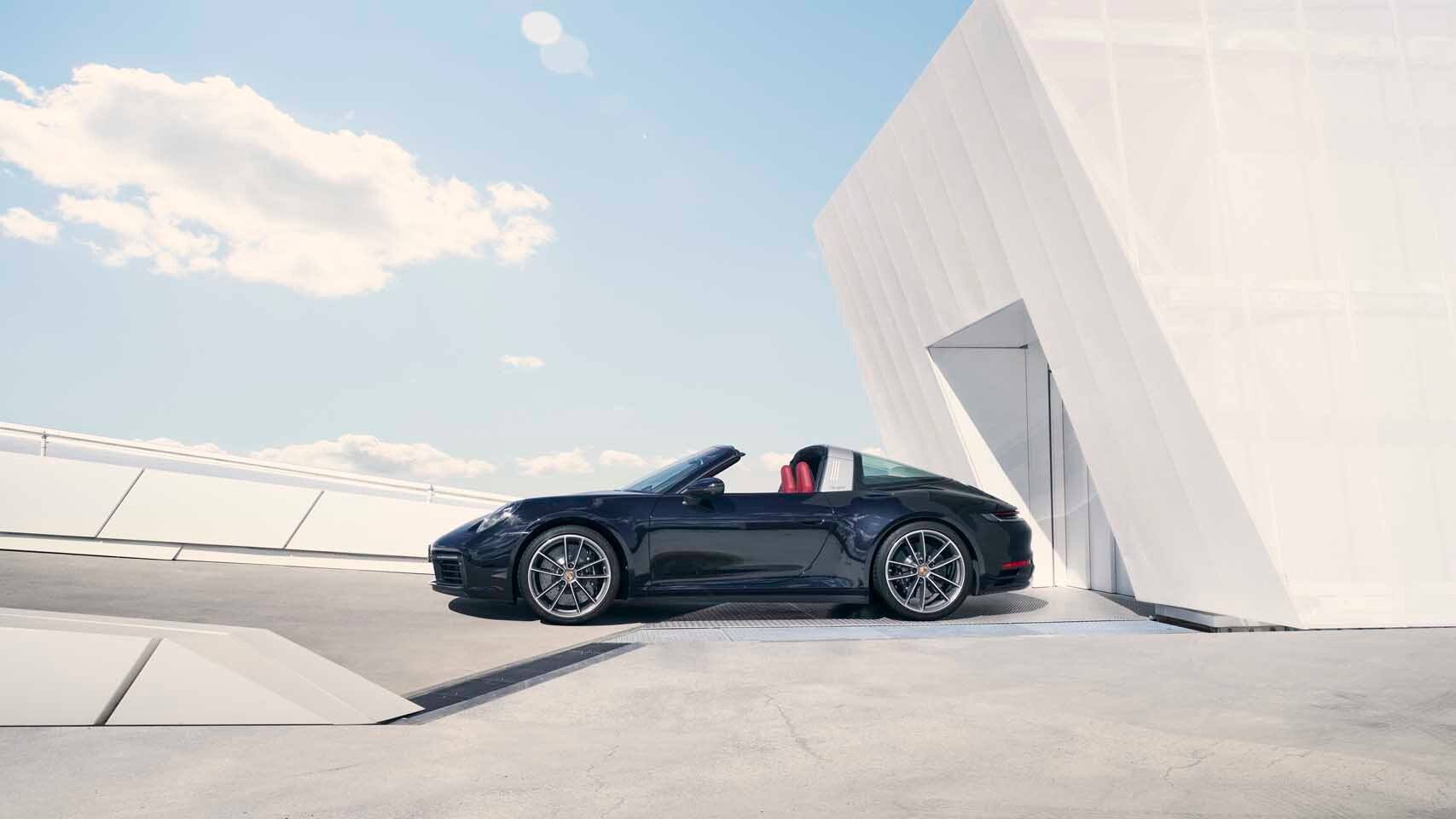 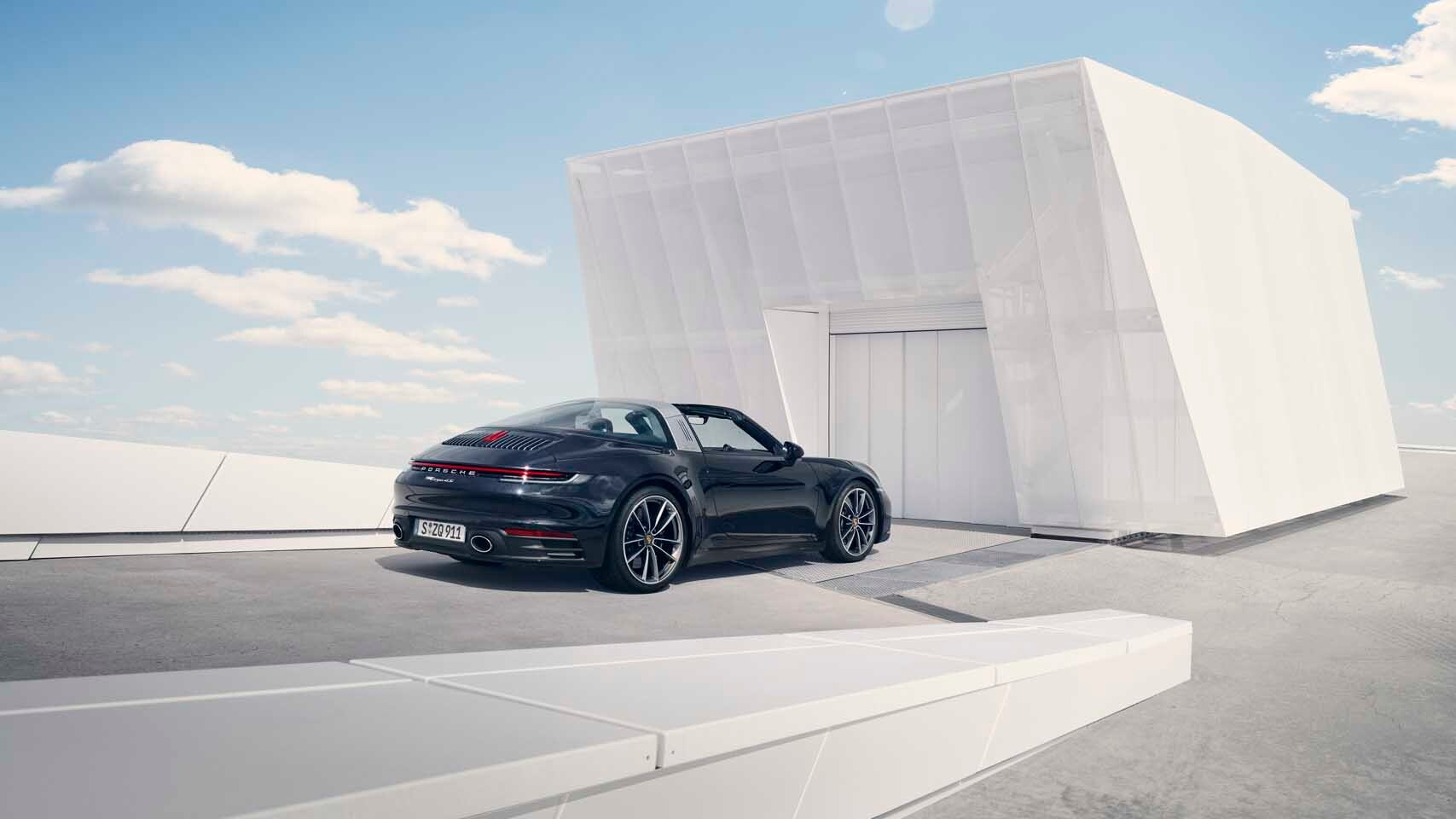 The 2021 Porsche 911 Targa 4 and 911 Targa 4S were revealed Sunday, the latest in the 992 generation and certainly not the last. The Targa 4 and 4S directly follow the 911 Turbo S and precede a handful more models that are certainly in the mail later down the line. (GT3, GT2, 911 T, GTS, who knows maybe a bear or something.)

The Targa 4 and Targa 4S rely on twin-turbo 3.0-liter flat-6s that are already familiar to Porsche fans. The same engines appear in the Carrera 4 and Carrera 4S coupes and convertibles and make 379 horsepower and 443 horsepower in the Targa 4 and Targa 4S, respectively. An 8-speed dual-clutch automatic is standard, and a 7-speed manual is a no-cost swap into Targa 4S models.

Like the name implies, the Targa 4 and Targa 4S get all-wheel traction via Porsche's improved rear-biased, all-wheel-drive system. The front axle's clutch and differential are both water-cooled with beefier clutches and a higher load capacity. A mechanical limited slip differential is standard on Targa 4S models equipped with a manual transmission, while automatic-equipped Targa 4S sports cars get an electronically controlled limited-slip differential with torque vectoring. (Targa 4 models can have the rear e-differential added as an option.)

Porsche's active dampers are standard on the new 911 Targa and can button down the suspension from normal to sport for living that #bestlife, Porsche edition.

Oh yeah, and the hoop. The pièce de résistance of the Targa 4 and Targa 4S comes in signature silver as standard, or can be ordered in black, with "Targa" stamped onto the sides, natch. The new Targa follows the 992's wider body and unbroken light at the tail end. Inside, Porsche's 10.9-inch touchscreen breaks open what's otherwise a lightly styled cabin, and yes, the tach is still in the middle and the ignition is still on the left.