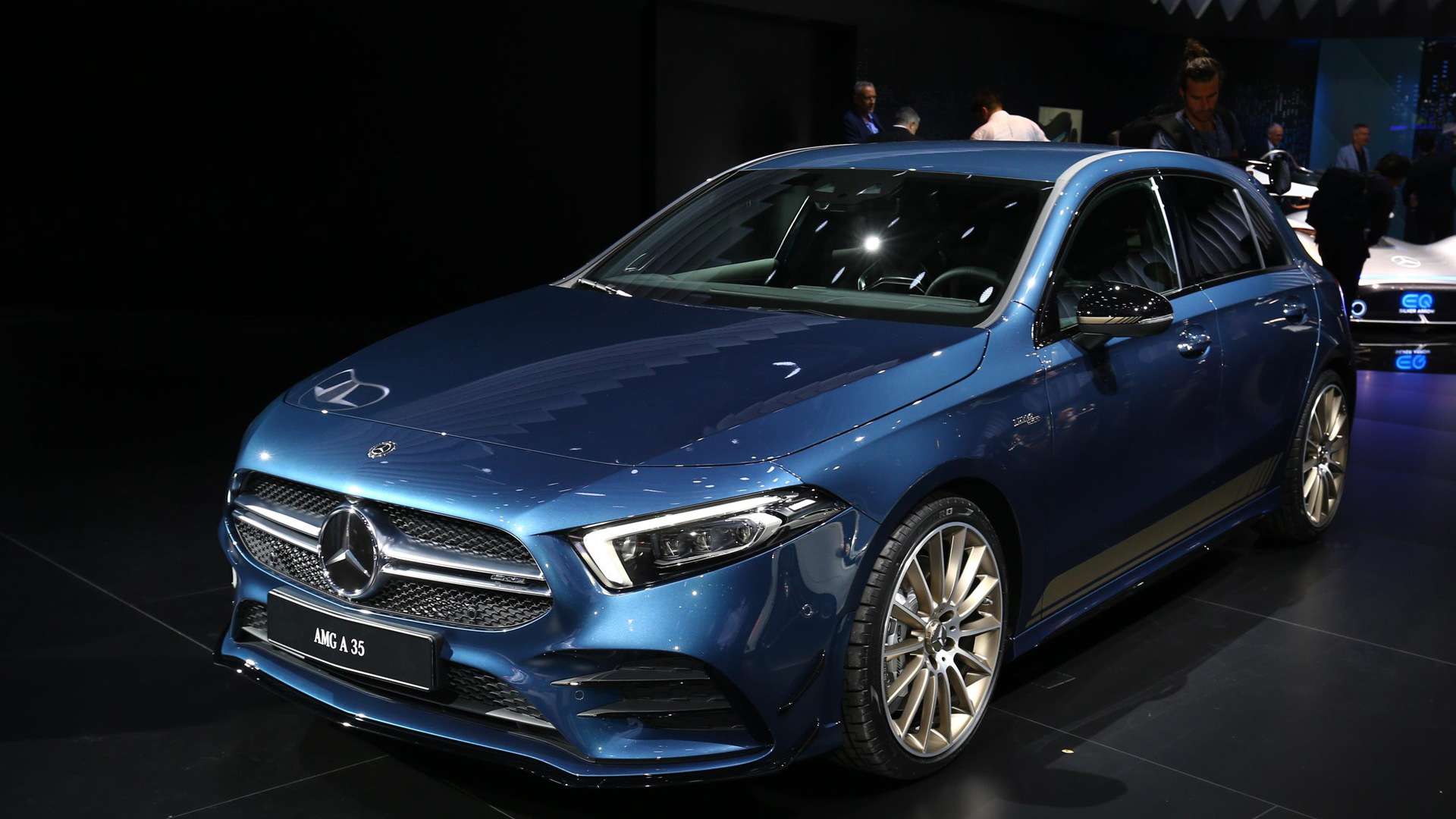 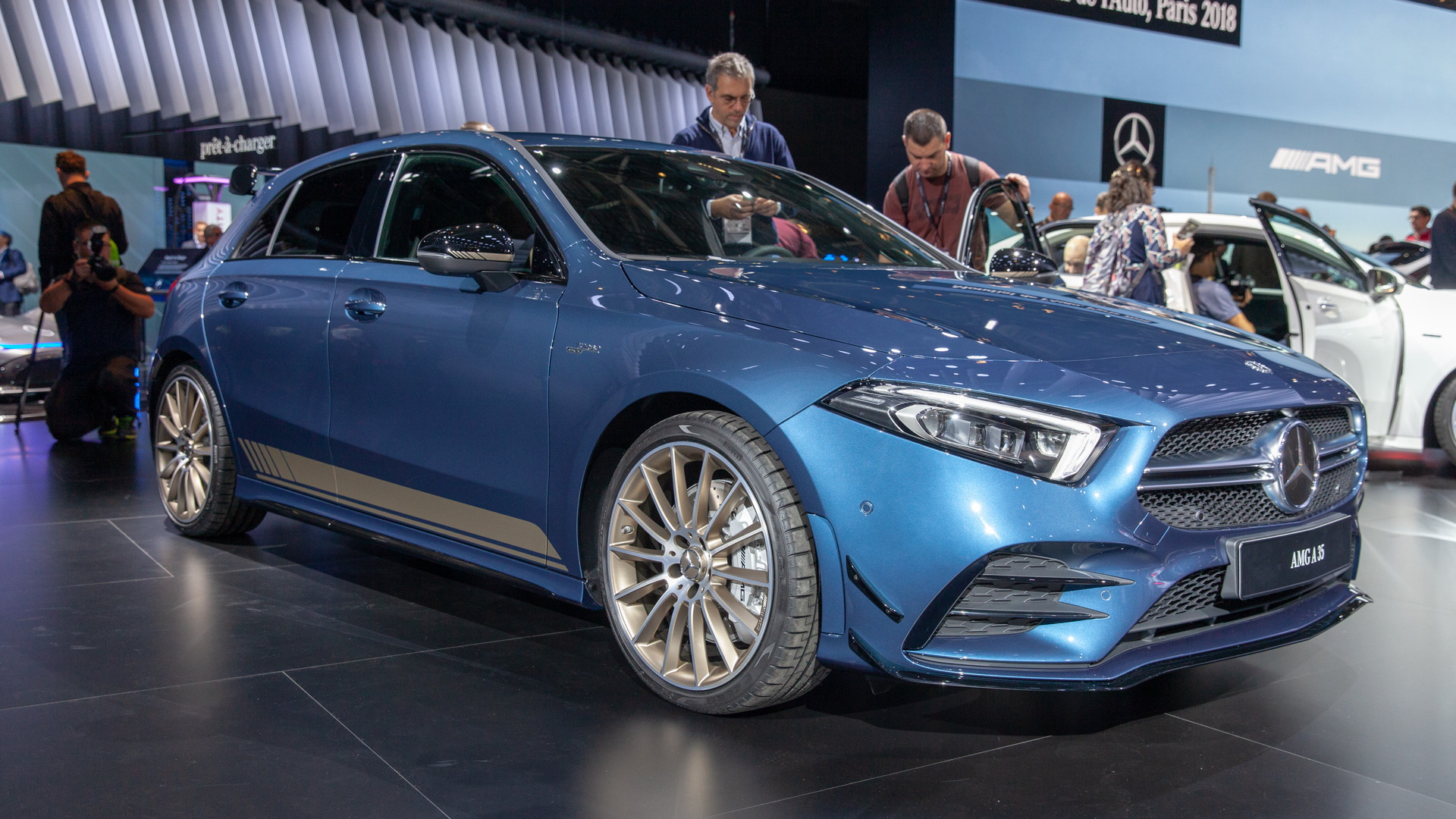 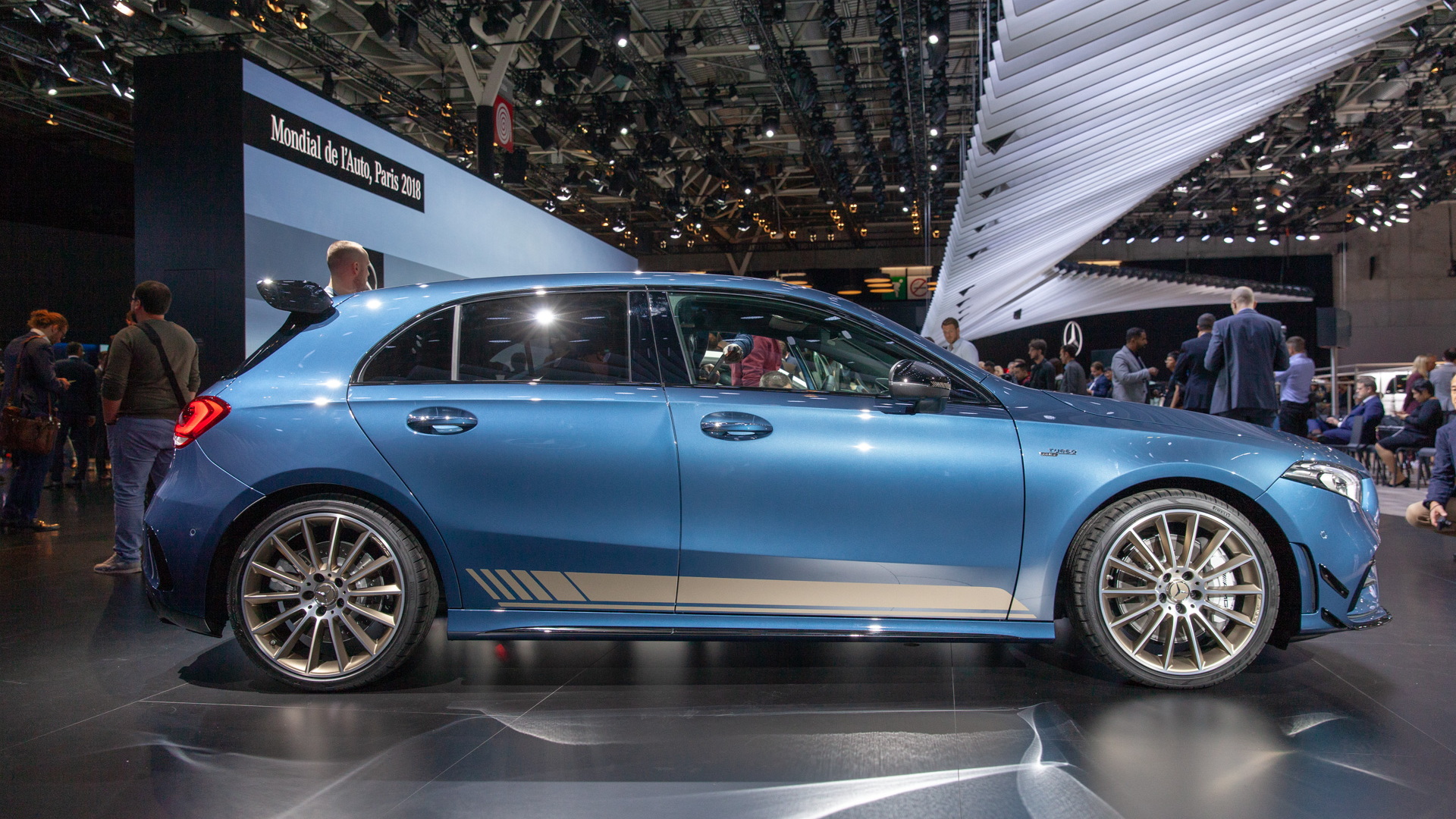 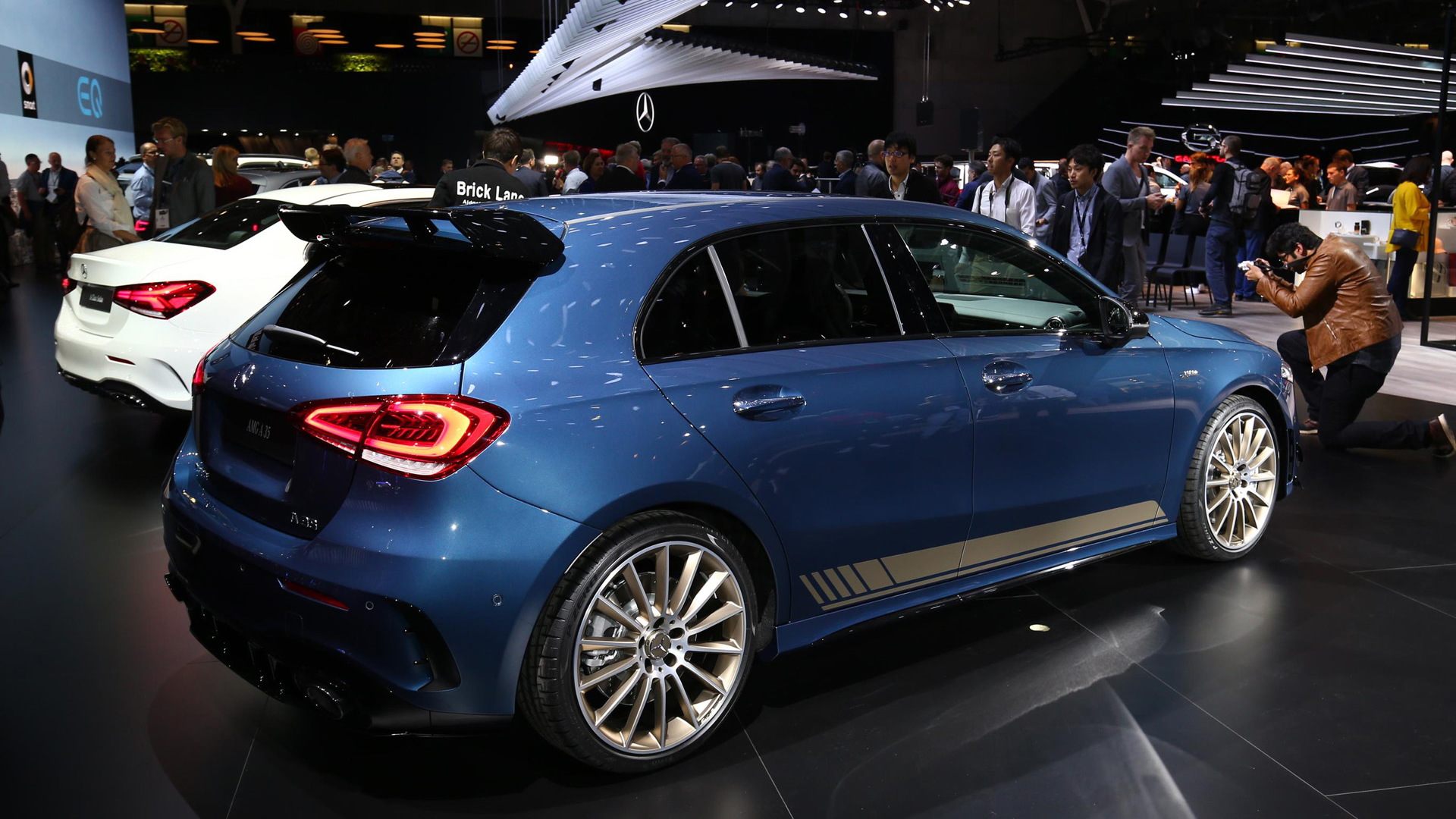 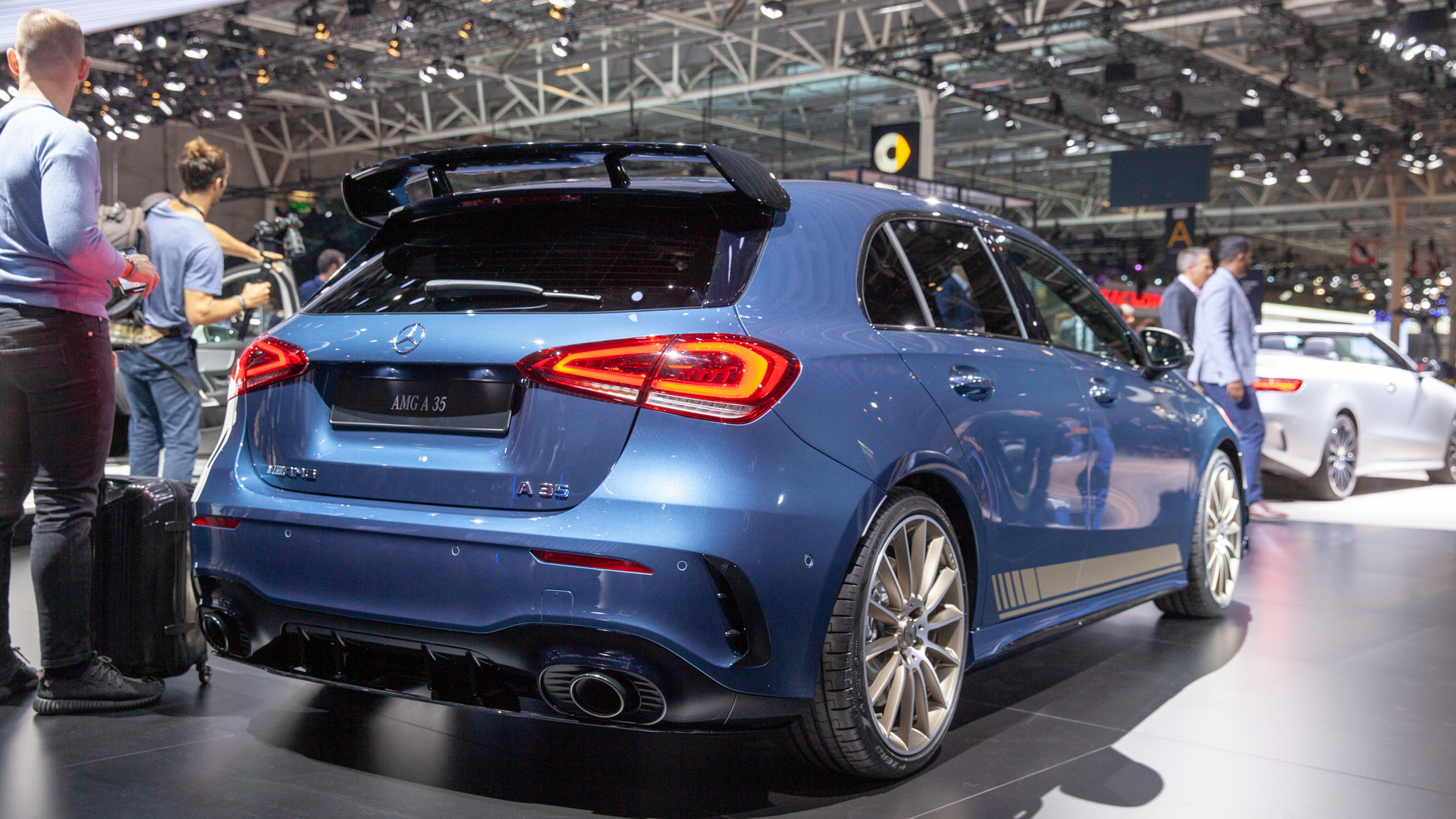 Mercedes-AMG has revealed its first take on Mercedes-Benz's new generation of compact cars.

The car is the new A35 based on the A-Class hatchback, and it was revealed on Tuesday at the 2018 Paris auto show.

The A35 isn't a direct replacement for the outgoing A45. That model is due out later. That's right. AMG will now offer two levels of performance for its compact cars, just like in other segments it operates in.

The A35, and future 35 series models, sports a 2.0-liter turbocharged inline-4 delivering 302 horsepower and 295 pound-feet of torque. The engine doesn't feature an electric compressor as had been rumored, but performance doesn't appear to be compromised in any way. AMG quotes a 0-62 mph time of 4.7 seconds. That's close to what the outgoing A45 delivers.

AMG doesn't just drop in a new engine and call it a day, however. The Affalterbach tuner worked on the donor A-Class hatchback's body shell, suspension, all-wheel drive, seven-speed dual-clutch transmission, and driving programs, fine tuning them all to deliver the performance expected of an AMG vehicle.

For example, the body was made stiffer with new braces and the gear ratios of the transmission tuned for faster, more abrupt shifts. A launch control system is also included. Unfortunately there's no rear bias for the all-wheel drive. The most you'll get is a 50:50 split but the system still sends torque to the rear wheels on more occasions than the standard setup. Some final mods worth mentioning include available dampers and a new data logger for recording track performance.

Don't look for the A35 hatch in the United States, though, as Mercedes has ruled out selling hatchbacks here. Instead, our first 35 series model from AMG should be an A35 sedan. A CLA35 is also in the works.

As for the next 45 series cars, we hear they will come with more than 400 hp. The outgoing 45 series cars come with 375 hp. There are also rumors that there will be both standard and extra spicy S variants, so AMG fans already spoiled for choice will have even more options to choose from.