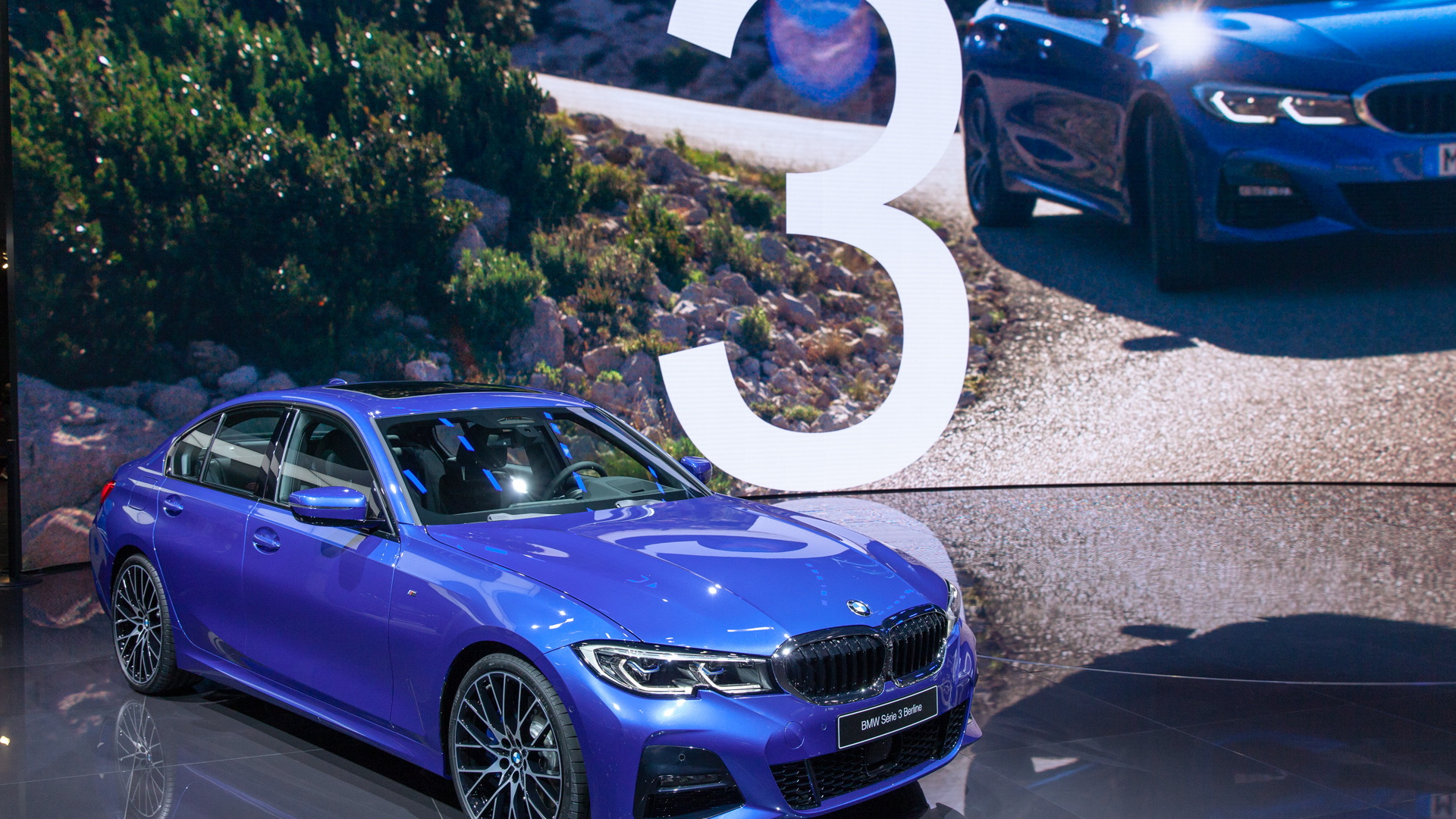 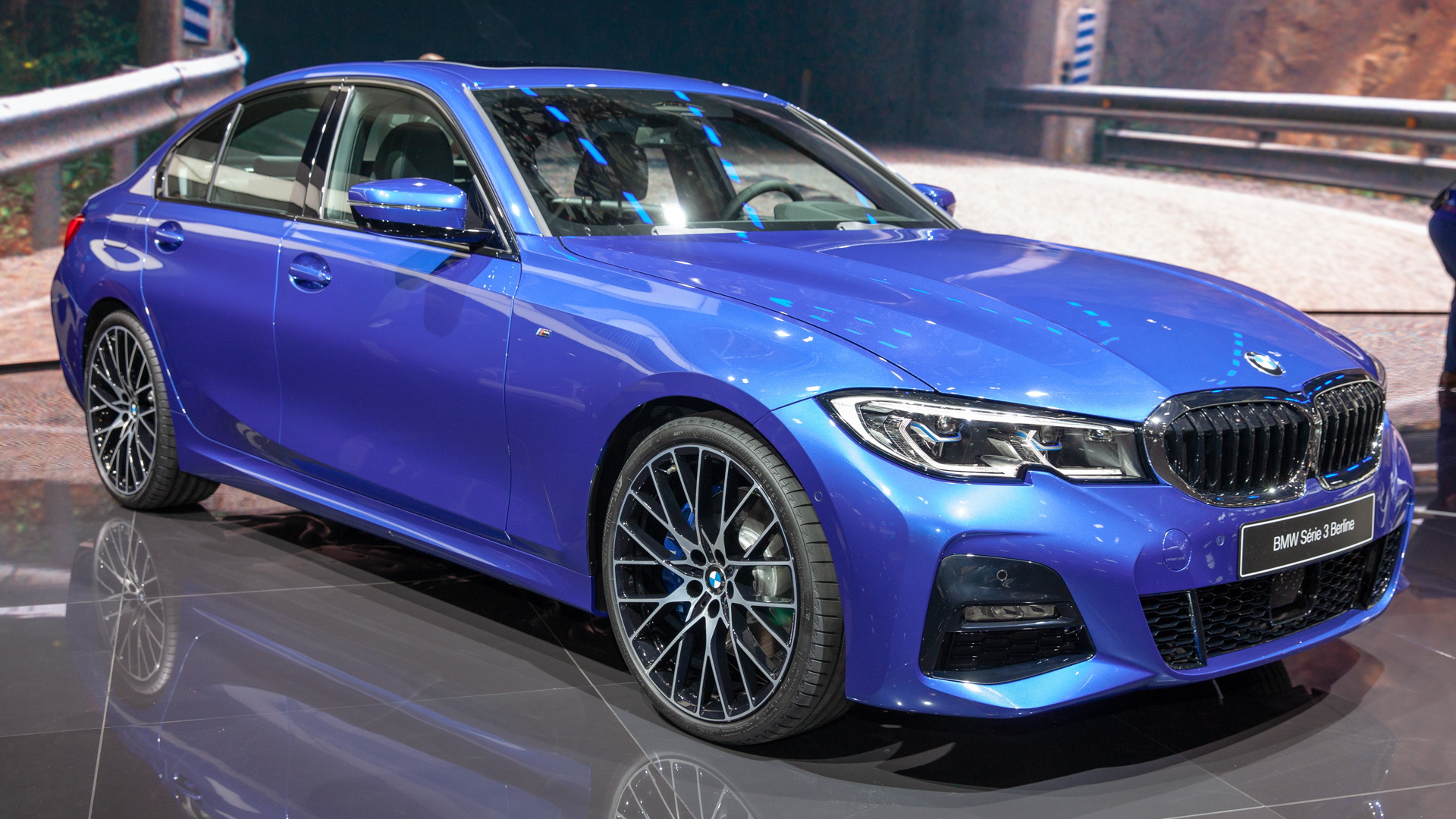 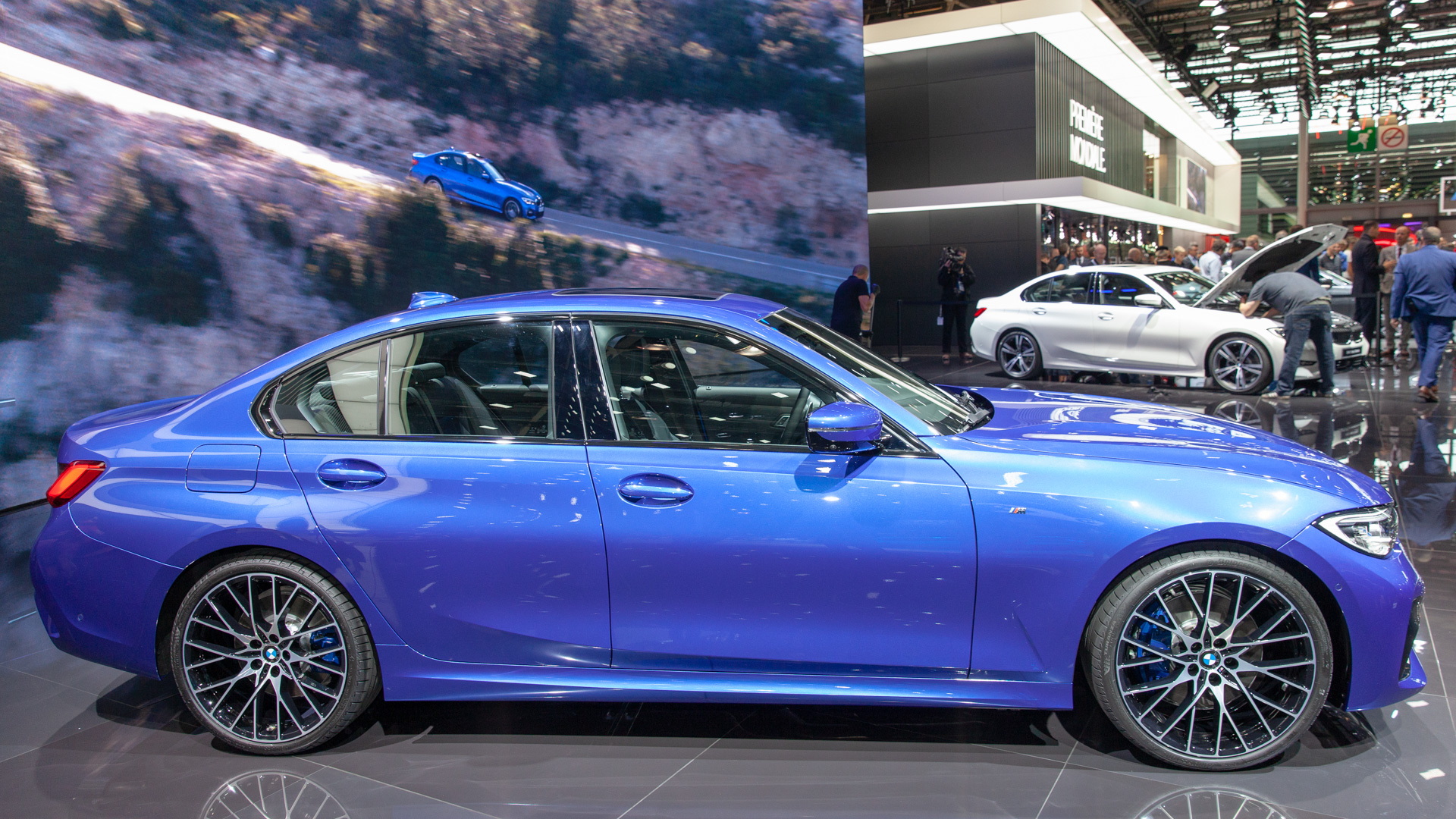 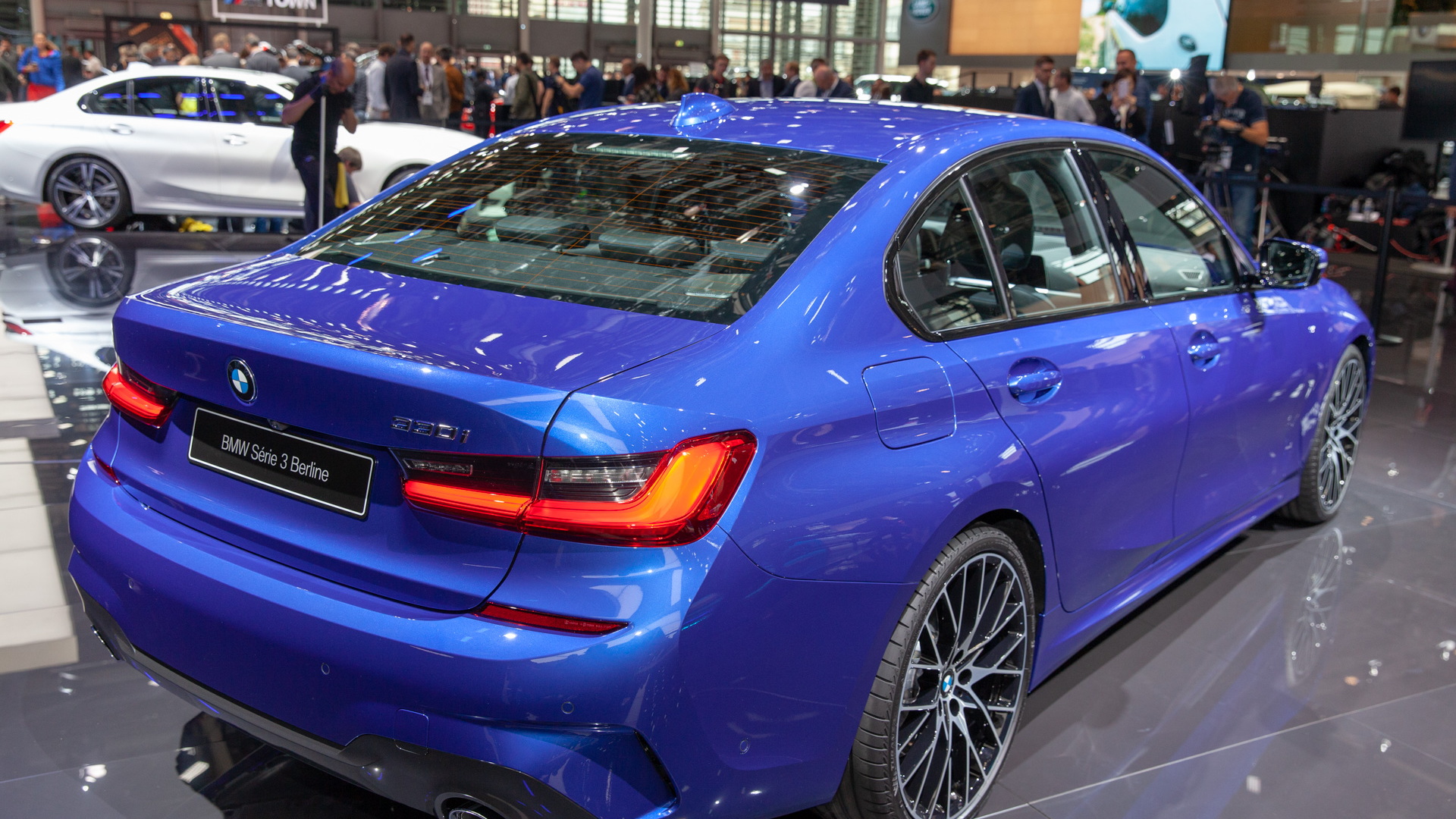 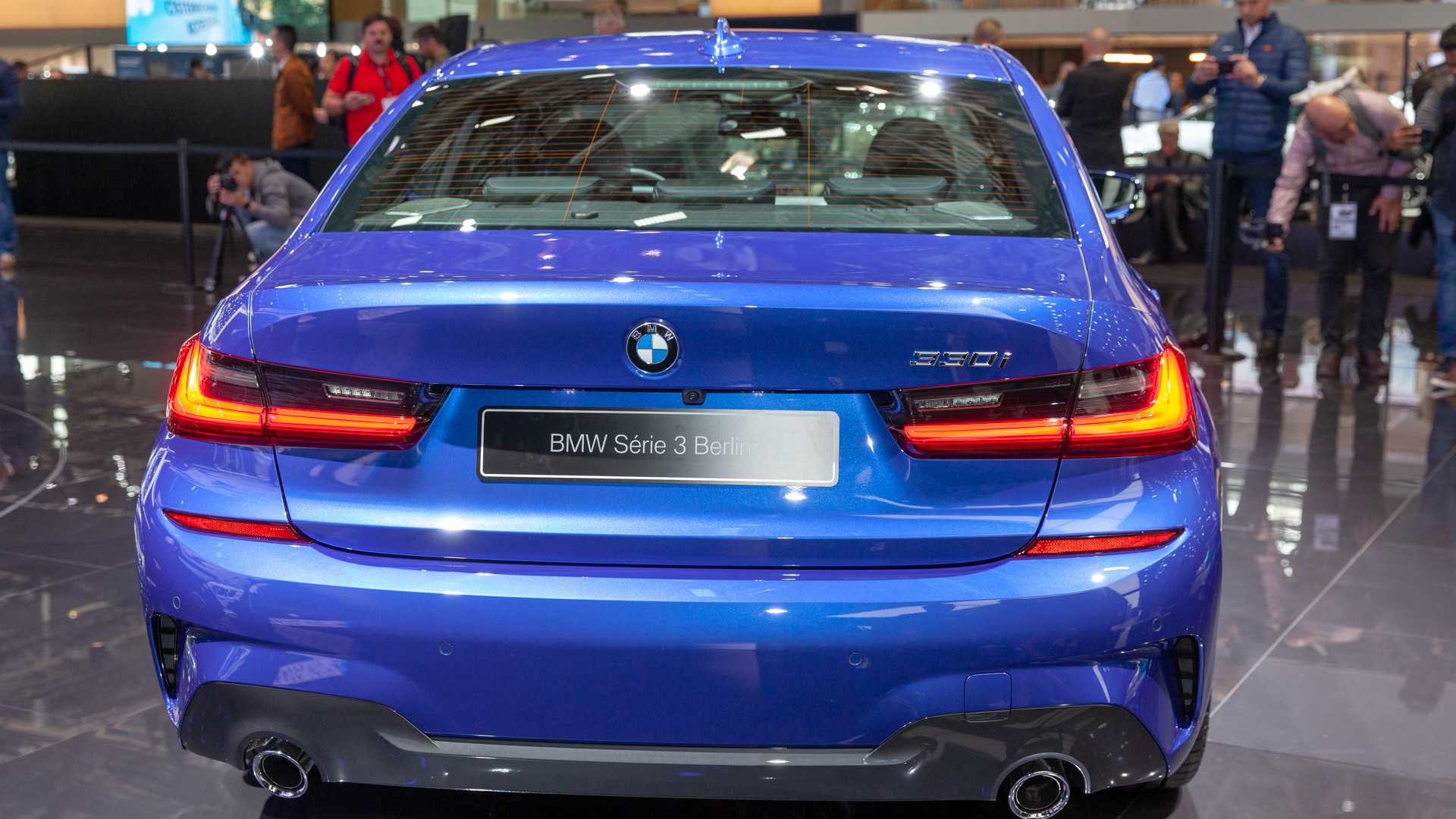 The 2019 BMW 3-Series that debuted Tuesday at the 2018 Paris auto show not only represented the seventh generation of the sedan, but it’s also a substantial leap forward for the iconic four-door that has withered for nearly a decade.

The new 3-Series dramatically improves its interior tech and driver assistance features—in line with similar improvements to the 5-Series—instead of wholesale changes to its powertrain menu. Like the sedans before it, the BMW 3-Series will (at least initially) skip a manual transmission.

Inside, the new 3-Series is equipped with BMW’s latest infotainment and voice recognition devices, a suite of driver-assistance devices, including self-parking tech. Forward-facing cameras can keep the new 3-Series centered in its lane, automatically brake for oncoming cars or pedestrians, and even warn drivers that they’re going the wrong way.

BMW’s Live Cockpit is standard in the new 3-Series with an 8.8-inch touchscreen and 5.7-inch digital display for instruments. Those can be updated to a 12.3-inch digital display and 10.3-inch touchscreen with Apple CarPlay compatibility. BMW’s latest and greatest software takes center stage: Microsoft Office compatibility, smartphone accessibility (including a digital key), and voice recognition software.

ALSO SEE: BMW is ready with M Performance Parts for the new 3 Series

Although the software is significantly different in the 3-Series, the hardware received a light revision.

The new 3-Series is longer by 2.9 inches, wider by 0.6 inches, but taller by 0.5 inches. BMW stretched its wheelbase by 1.6 inches, and widened its track by 1.7 and 0.8 inches, front and rear, respectively. Its trunk now rivals mid-size sedans at 17 cubic feet.

The 2019 3-Series looks marginally sportier than the car it replaces. The twin kidney grille reaches further back onto the hood, and the lower bumper is sculpted with a larger chin and molded inlets on the sides that house the foglights. A large cutout for the front-facing camera and sensors likely necessitated the change over last year's thinner lower bumper. The thinner headlight housing now encases standard LEDs, upgradeable to adaptive LEDs with "Laserlight" tech lifted from the i8.

Along the body sides, the new 3-Series has clearer separation between the window line and a body line that reaches from the front wheel toward the back of the sedan. A line at the bottom kicks up toward the signature Hoffmeister kink in the rear roof pillar, which is more pronounced in the 3-Series. The rear window is frameless this time around, closer to the 4-Series Gran Turismo.

The rear tailpipes are now split on all models, and thinner taillights punctuate a more rounded decklid kick.

The 330i is available with rear-wheel drive or all-wheel drive and a variety of suspension setups, but only an 8-speed automatic—no manual transmission will be available at launch.

The 2019 BMW M340i will use a revised twin-turbo inline-6 that makes 382 hp and 369 lb-ft. BMW says the near-M will hit 60 mph in 4.2 seconds with an 8-speed automatic and launch control. Like last generation, the M340i will be available with rear- or all-wheel drive. Unlike the last generation, the M340i won't be available with a manual transmission.

The 8-speed automatic gets a wider spread in both 3-Series, and shorter gearing for better off-the-line acceleration.

The 8-speed will also coast in Eco Pro or Comfort modes at speeds up to 99 mph for better efficiency. A similar system from Audi was set for debut in the A7 hatchback, although that system was scrapped for the U.S.

BMW said the new 3-Series will sport a 50/50 weight distribution, front to rear, and its body will be 25 percent stiffer than the outgoing model.

Like the 3-Series before it, the new 2019 3-Series will use a double-joint front suspension and a five-link rear setup. Aluminum mounts and control arms keep unsprung mass lower, and BMW said it shaved 44 pounds from the body-in-white alone with more aluminum and lighter steel in its shell.

The new 3-Series is up to 121 pounds lighter than the outgoing version, too. There’s more aluminum in the hood and fenders, similar to the 5- and 7-Series.

Adaptive dampers are optional and, when equipped on a 3-Series with navigation, can adjust its responses based on GPS information.