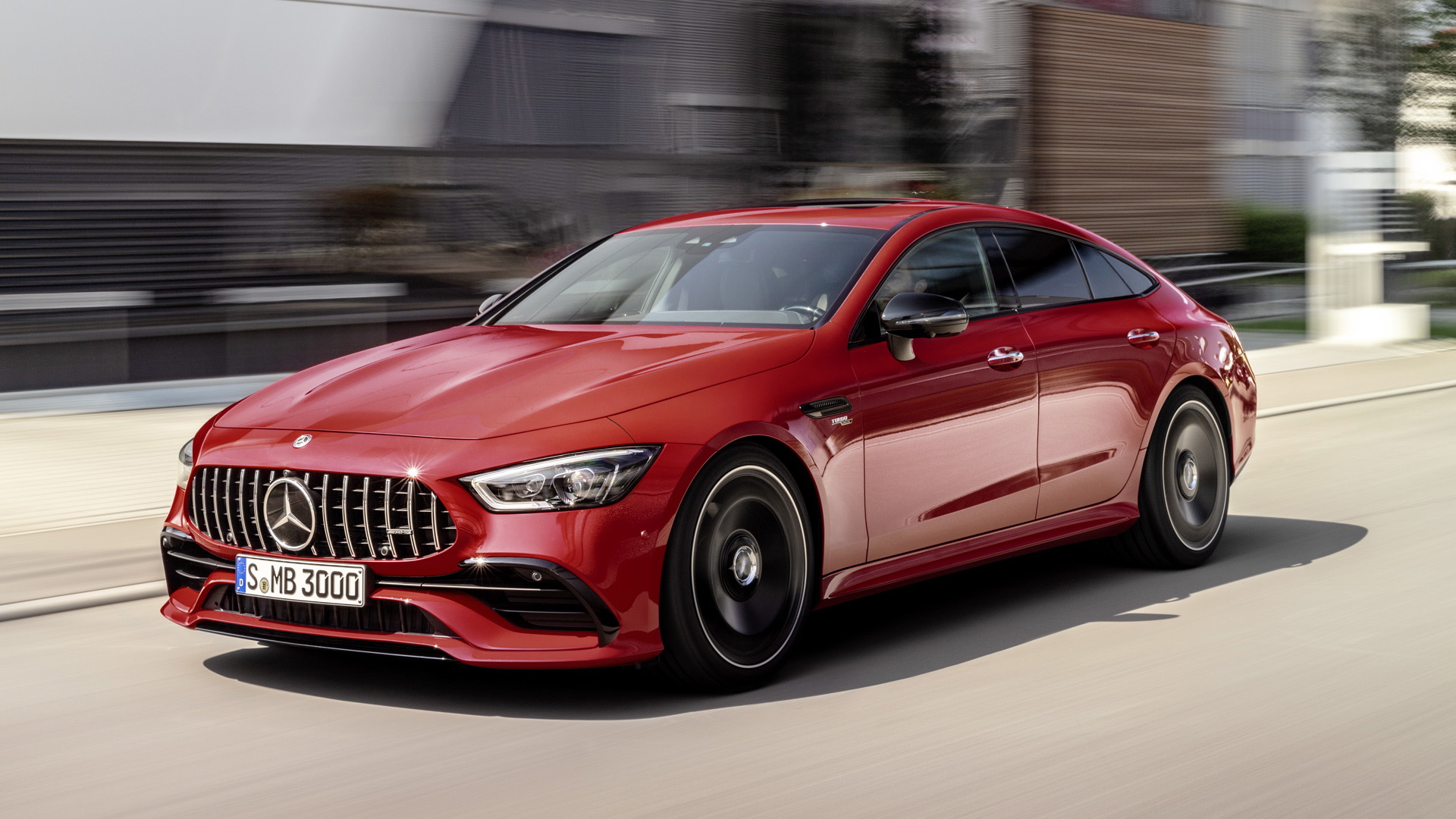 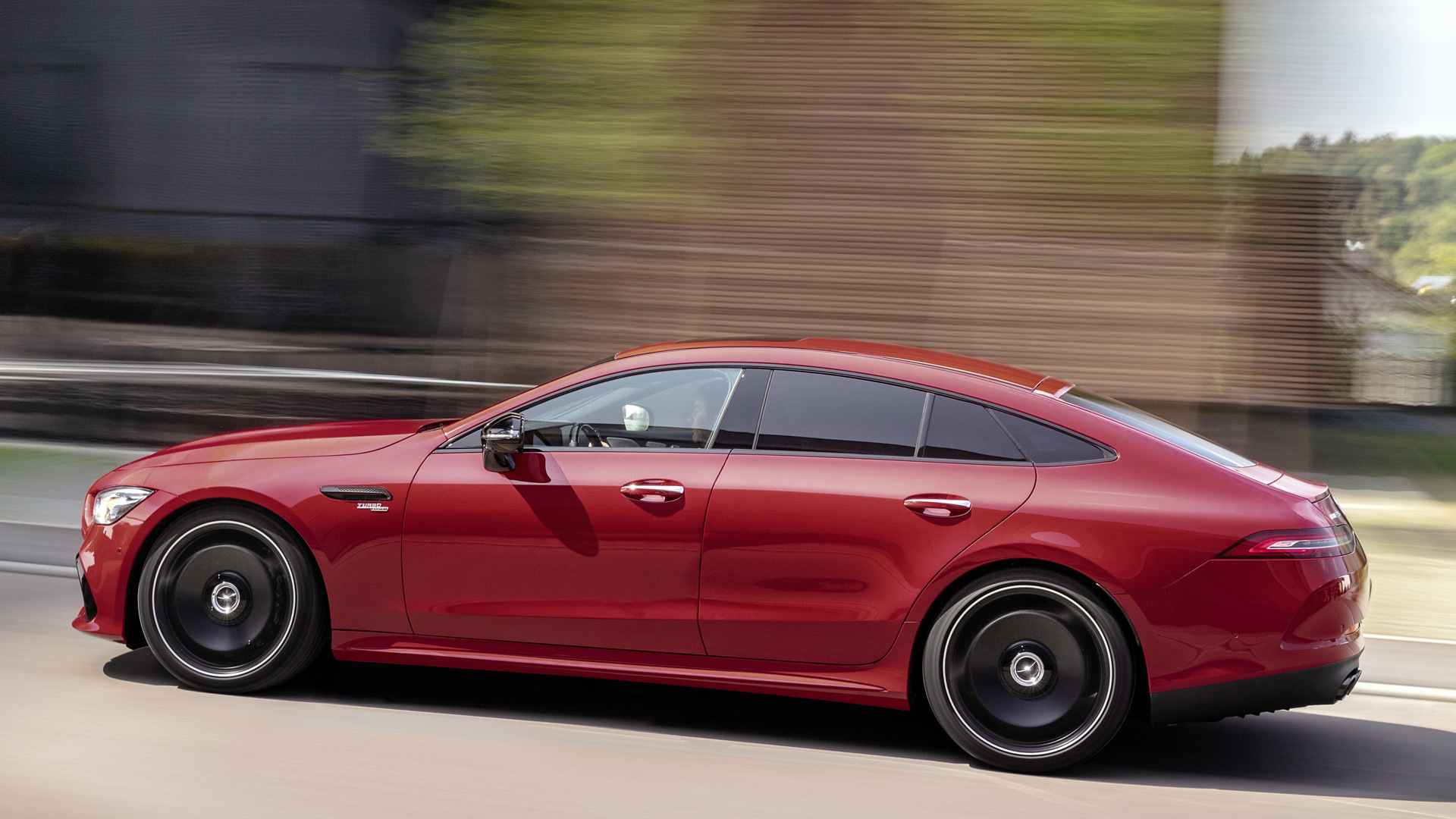 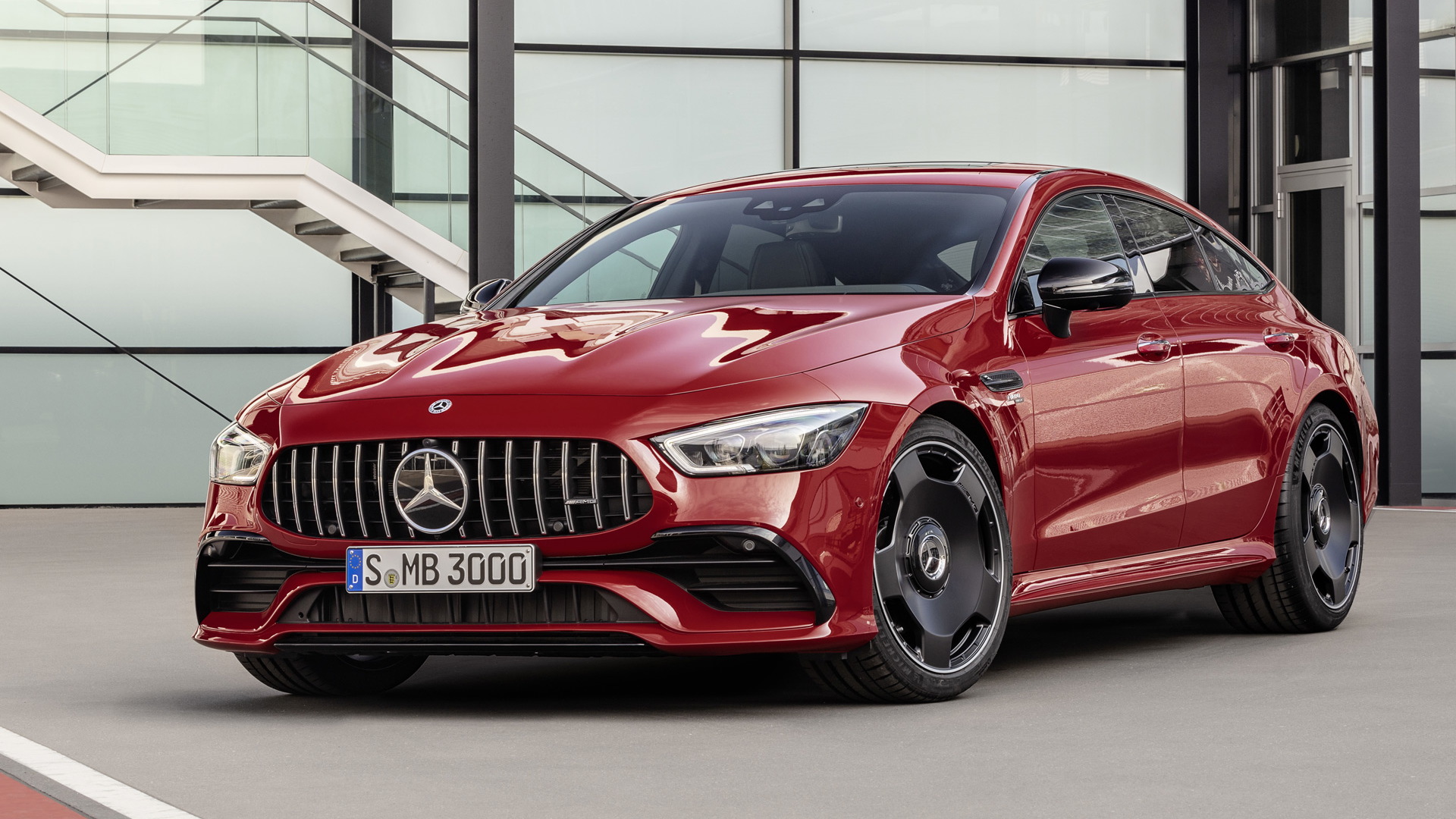 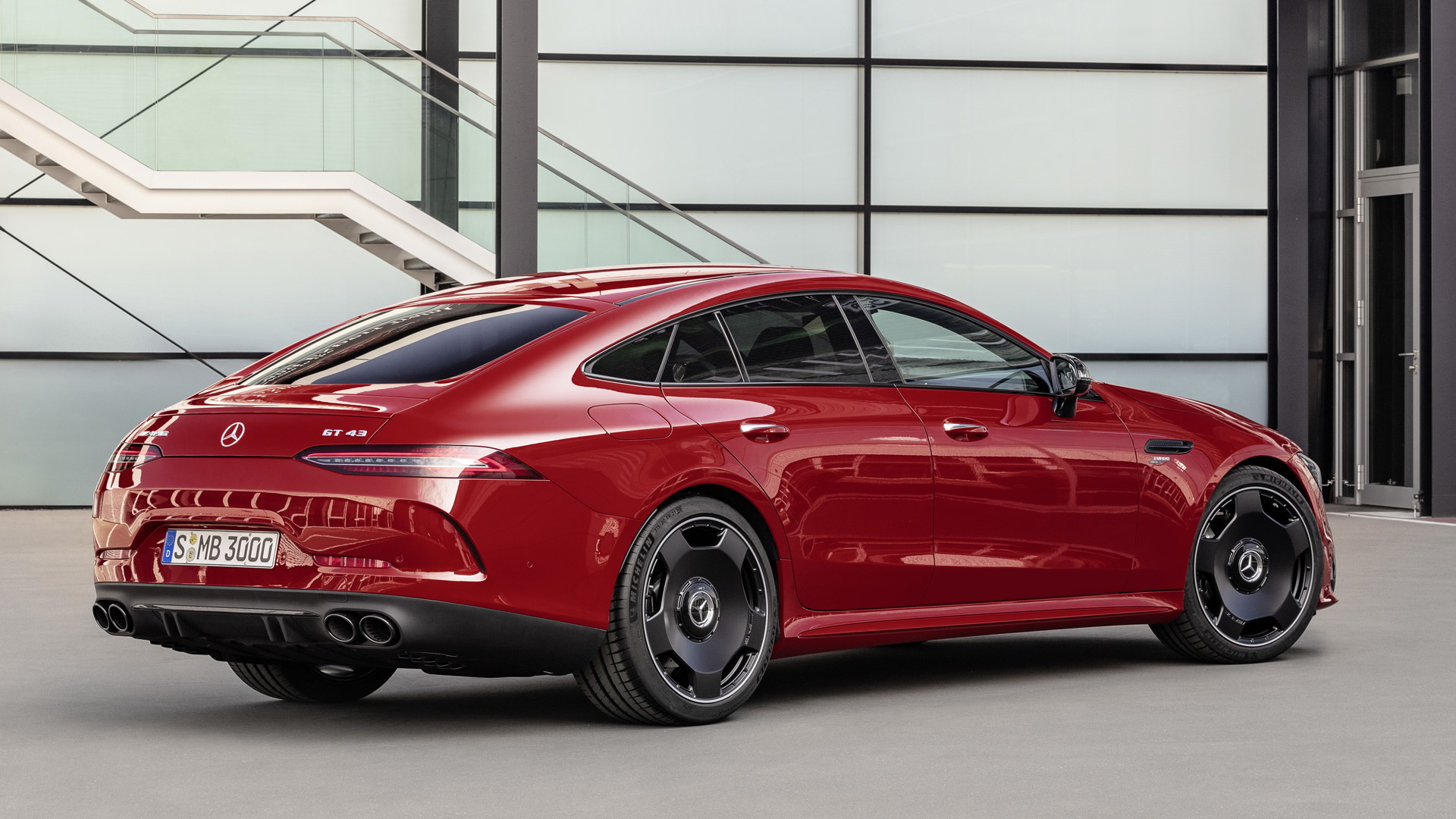 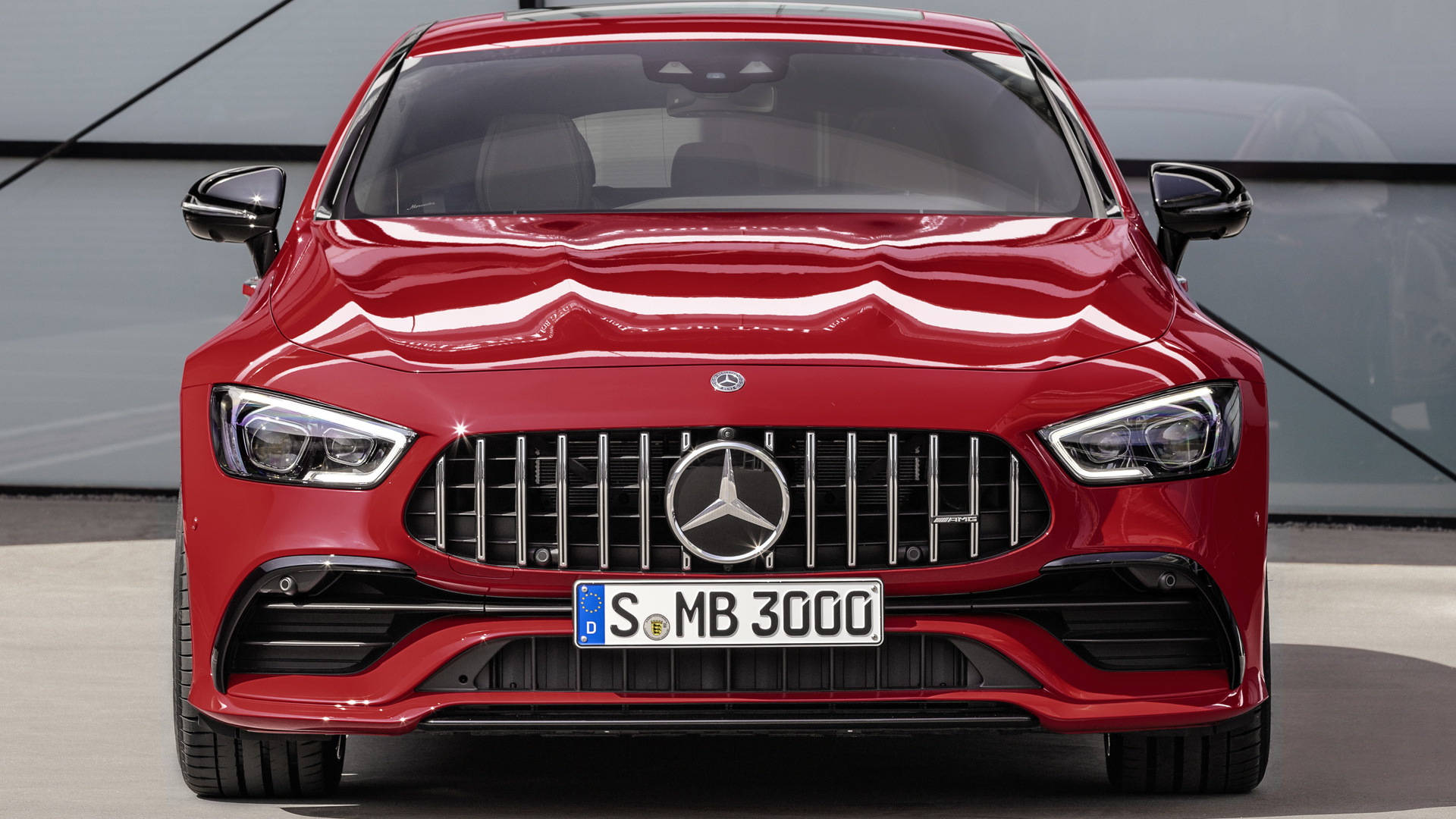 Mercedes-AMG's standalone sedan, the GT 4-Door Coupe, is making its sales debut in Europe and the Affalterbach tuner has just unveiled a new variant.

Called the GT 43, the model is yet to be confirmed for sale in the United States but elsewhere serves as the entry point to the range. Above it sits the GT 53, GT 63 and GT 63 S.

The GT 43 is the first of AMG's 43 series models to switch to a new 3.0-liter inline-6 engine, which thanks to an electric compressor-enhanced turbocharger delivers 362 horsepower and 368 pound-feet of torque.

There's also a mild hybrid system which Mercedes labels EQ Boost. It adds an extra 21 hp and 184 lb-ft during high-load situations but can't power the car on its own. The mild hybrid system also serves as the starter motor for the engine and can recover energy under braking. A similar setup features in AMG's new 53 series, including the GT 53 model.

Inside, the dash design is similar to what you find in other high-end Mercedes models. However, like in all GT 4-Door Coupe models there's a unique center console that mimics the design of an engine cover. The same design features in AMG's GT sports car. At the rear, there are only two seats. They are separated by an extended center console integrating storage cubbies and some vehicle controls.

Availability and pricing for the GT 4-Door Coupe models for the U.S. market will be announced closer to the car's local showroom appearance in early 2019.

We've reached out to AMG for comment on the GT 43's availability and will give you an update when we hear back.